The Isparta Valiliği (the provincial government in Isparta) has supported some alternative tourism projects in the province.  In 2014 bolting for sport climbing routes started in the area around the ruined Hellenistic city of Kapıkaya.  The old city is beautifully situated in a natural amphitheatre surrounded on three sides by high cliffs.  It’s at about 1400m elevation, making it reasonable to climb in summer when Geyikbayırı and Antalya are roasting (it’s 42°C here today in Antalya, and I was just climbing in Kapıkaya two days ago). 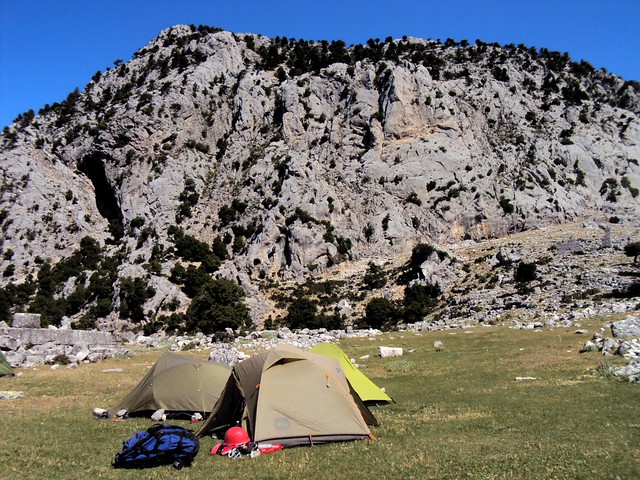 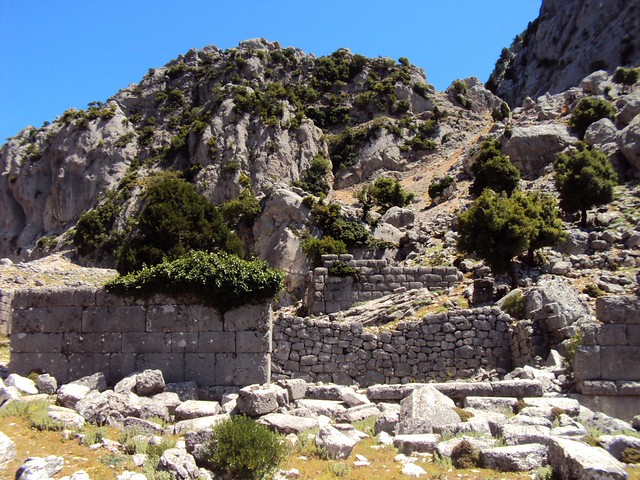 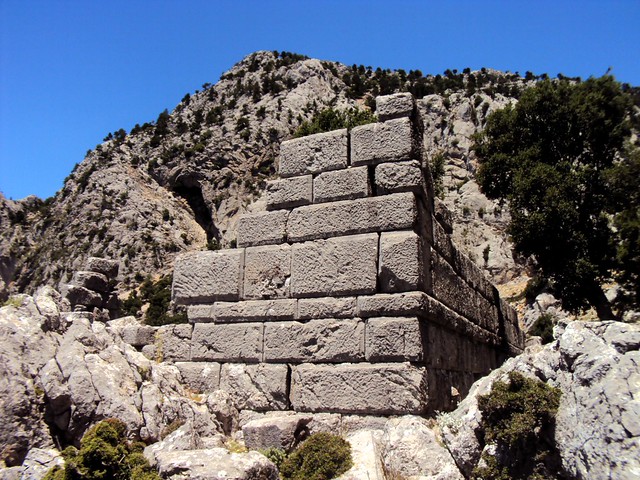 In addition to paying for bolts and supporting a team to put up over 80 pitches of climbing routes in Kapıkaya, the Isparta Valiliği published a guidebook for the area and even a short video.  I guess the idea is to get more tourists to come to the province.  Ironically, however, the book is very difficult to find.  It’s not for sale, and the only thing I could find on the internet was the German version!  However, even that seems to be offline now, so if you want the electronic version send me your e-mail address.

After two friends showed me the video, I was ready to go.  We left Antalya the next day and spent four days climbing in Kapıkaya.  Getting there can be a bit tricky as it’s 10km off the main road and about 3km off the village road.  We hitchhiked from the main road, and our driver, Musa (aka Kraker), was kind enough to take us as far as his car would permit (to the çeşme) which left only a 15 minute walk with our big packs. 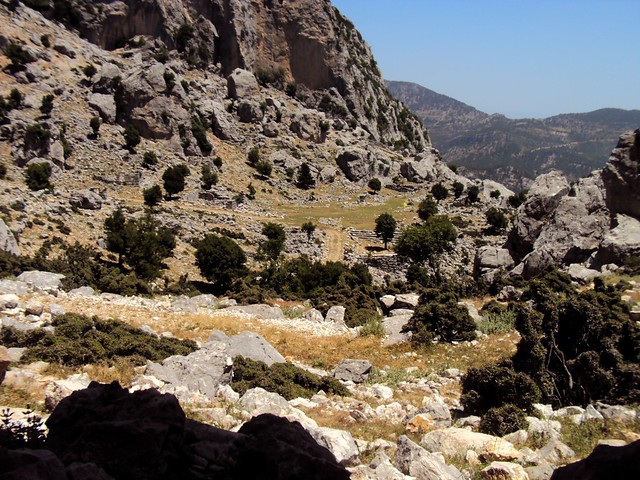 There were six of us (three had arrived by car from Ankara).  Tanager from the US and Furkan climb harder routes than the rest of us.  Elif and Oğuz are a couple, I believe, and climbed together.  I climbed mostly with Atılay who doesn’t really want anything harder than VII+ either.  However, I did struggle three times on a VII+/VIII- and twice on an VIII- (perhaps 5.11b in the US system), but I didn’t get either of those cleanly.  Here’s the kind of stuff that Furkan likes to climb: 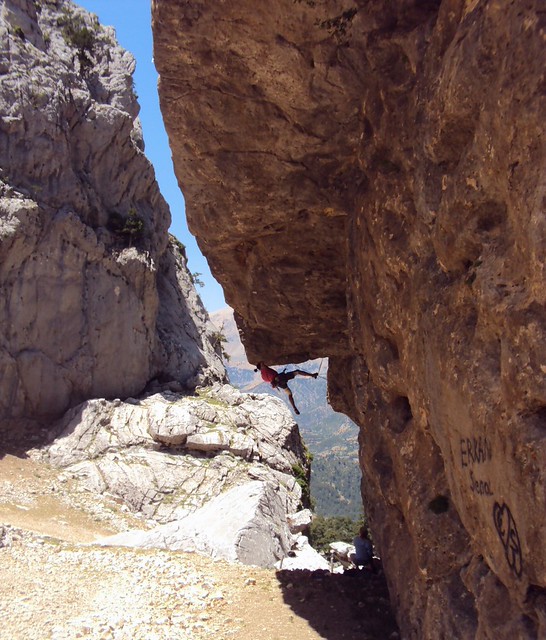 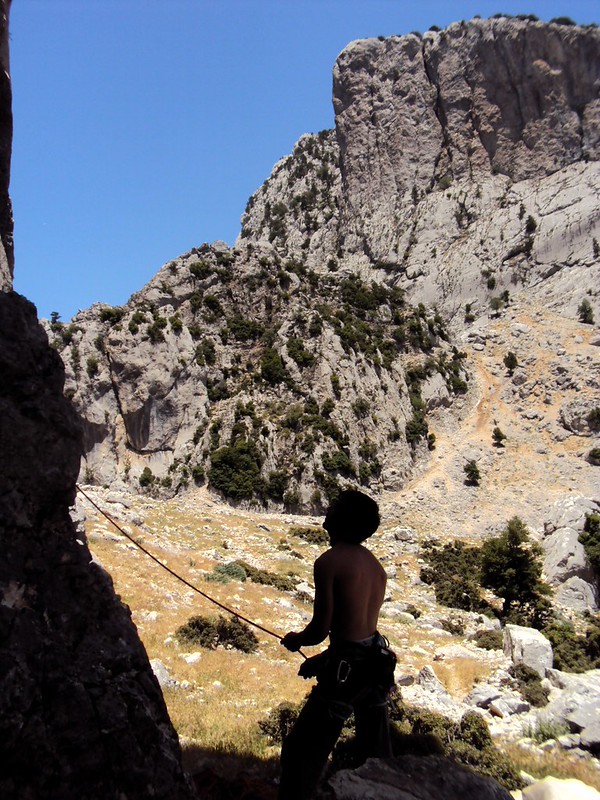 My favourite route was probably the two-pitch İpek Yolu route, the only route we did in that sector.  The others look very fun as well.  Definitely reasons to go back.  On our last morning Atılay and I woke up about 5am to climb the four-pitch 200m El Kapıdan route (VI) on Ulu Kaya before the sun hit it.  That’s also a climb worth doing again.  I’ll have to take Ferda up it next time.  The route goes to the summit ridge of this buttress: 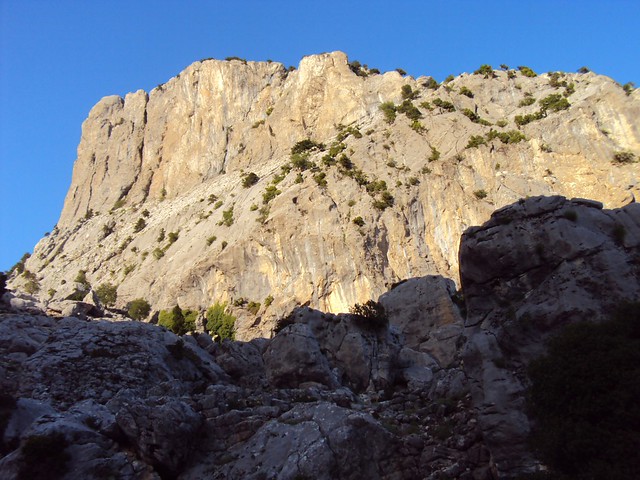 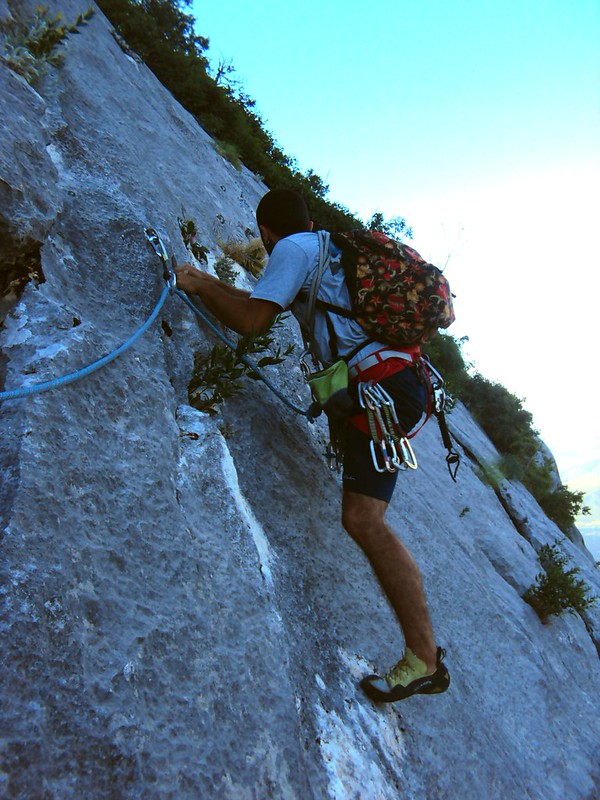 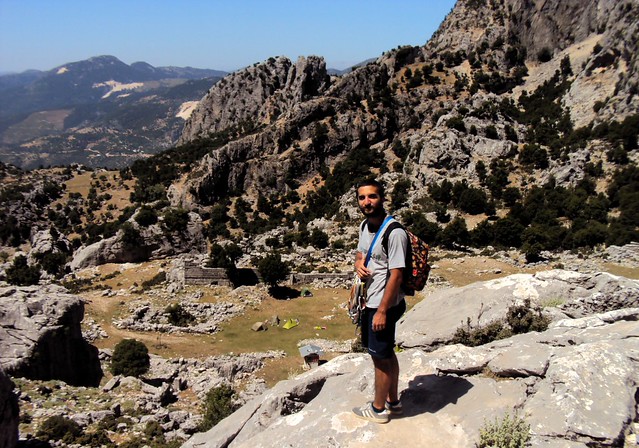 The best part of the video is listening to the old shepherd, Yusuf Amca, who’s been staying with his wife in a tent at Kapıkaya for years watching their goats.  One afternoon he walked by and squatted down to watch us climb just like he does in the video.  After finishing the route, I went down and chatted with him a bit.  Then a couple days later as we were leaving, Yusuf Amca and his wife had three of us climbers over for lunch.  They’re great people — smiling, happy, healthy, and still enjoying the mountains at 78 years old. 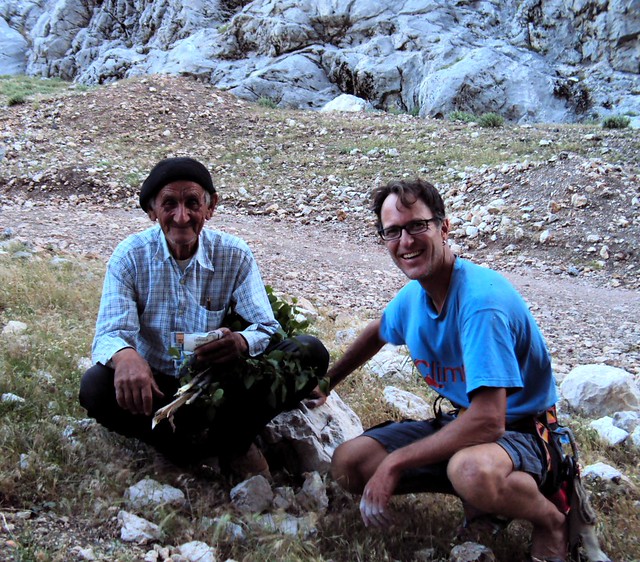 This entry was posted in Climbing, Turkey and tagged Kapıkaya. Bookmark the permalink.

3 Responses to Climbing in Kapıkaya, Isparta