Snežana and I ended up spending over two weeks in Belgrade.  Eventually we just had to choose a day to leave since it became obvious that the list of things to do might never end. 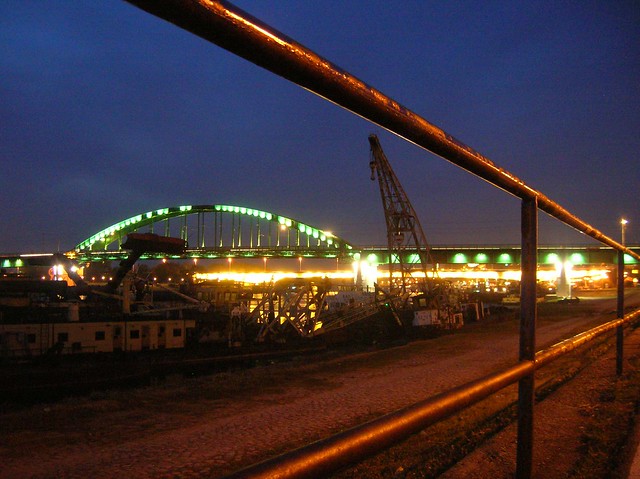 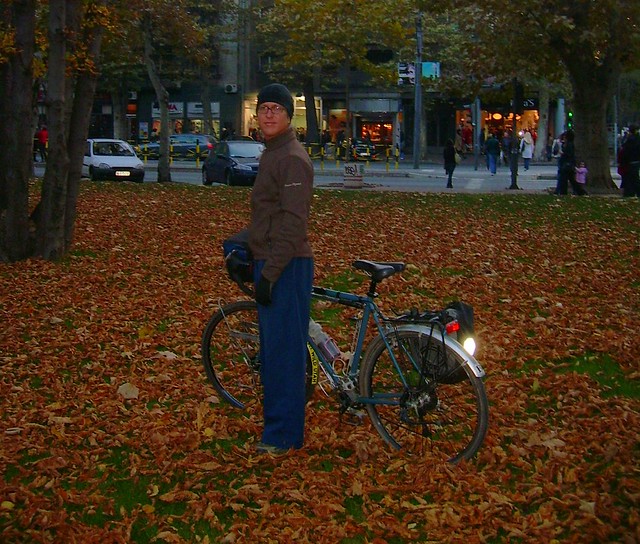 The most important task during our stay was some repairs and purchasing spare parts for the bicycles — the usual three-month maintenance if you’ve been bashing a heavily-loaded bicycle over rough roads.  The most difficult repair was a weld job on my aluminum front rack.  I’ve had this rack for 15-20 years, and it was the first time I’ve needed any repairs on it.  I’m quite pleased with the tricky job done on the broken thin piece of aluminum.  Time will tell how strong the repair is.

I haven’t kept a comprehensive list of repairs during these three months, but let’s see what I can remember.  The most common repair was replacing the broken bolts that attach our front racks to the forks — maybe four times on my bike and six or so on Snežana’s.  It’s a quick, easy repair when carrying spares of the correct bolt size.  The worst hack job was continually fixing the attachment for Snežana’s rear rack.  It wasn’t attached well to start with, and we never had good spare parts when it broke.  We must have fudged it together (budžiti in Serbian) half a dozen times.  With the help of Snežana’s friend, Dragan, I think we have a strong solution.  Once again, time will tell. 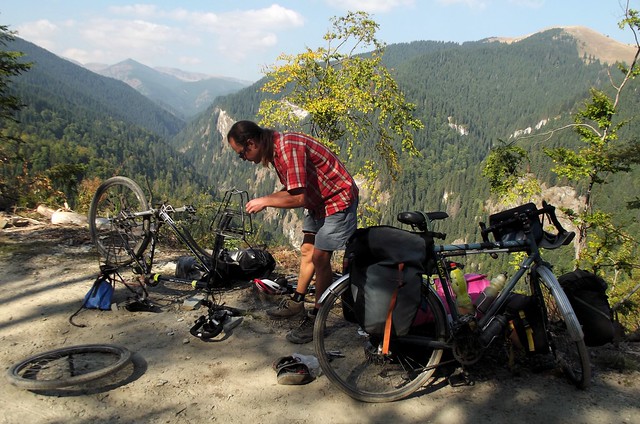 Snežana broke two spokes (rear, drive-side of course) in those three months.  Also her front hub failed.  We ended up replacing the wheel in Romania.  Thank goodness for 26 inch wheels.  I worry about something like this happening with my 700c wheels.  We replaced both chains in Piatra-Neamţ and again in Bor.  I must have fixed 20-30 flat tires on my bike.  Sneki didn’t get a single flat, and — this is incredible — the only time we even put air in her tires was in Bratislava and when we replaced her front wheel.  Schwalbe Marathon Plus may be the most expensive bicycle tires in the world, but, hey, magic isn’t cheap!

Sneki conducted a media blitz during our stay in the Serbian capital.  Live television (here for a clipped version), a good article on the internet, and the newspaper Blic (pun intended) that I haven’t seen yet.

I loved the relaxing afternoon with Zoran on Beogradac.  He hooked up my ipod (thanks, Megan!) to his sound system, and I chilled out in the back of the boat watching the beautiful fall colors while he and Sneki chatted away.  That’s the kind of rest I needed! 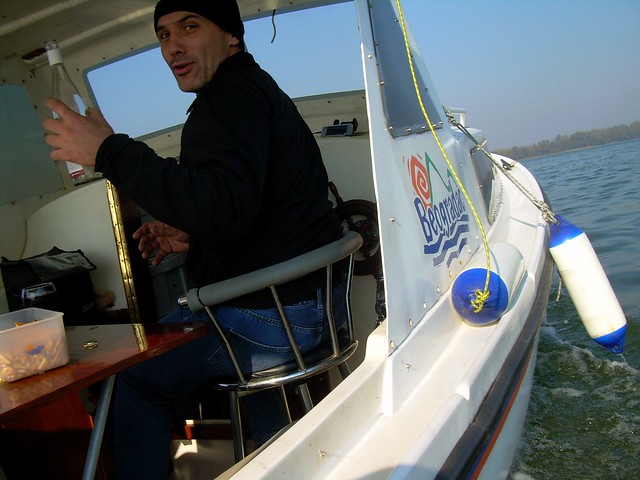 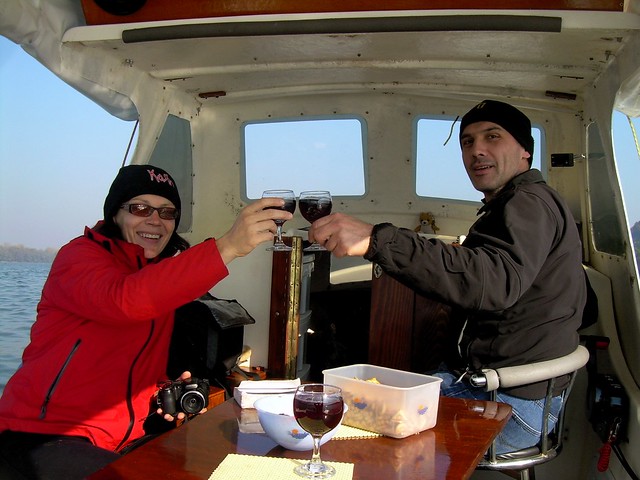 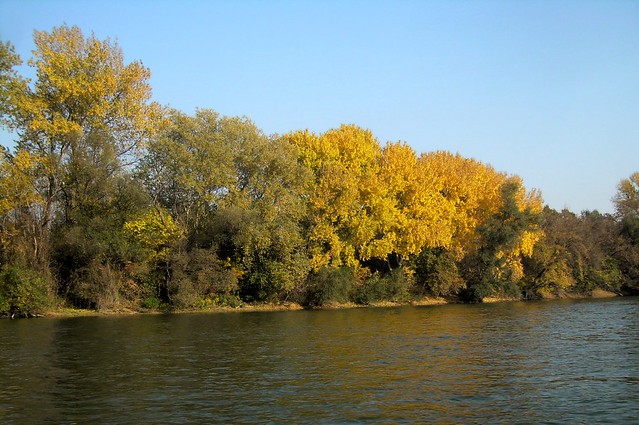 In addition to needing rest, I arrived in Belgrade with chronic hunger.  Sometimes it seems hard to eat enough bicycle touring.  Snežana and Dragan had us over to their comfortable apartment for spaghetti:

Dragana put together a feast for us at her home in Banovo Brdo.  And Tanja really went over the top.  She didn’t want us to leave Belgrade hungry.  Check out this spread at her house: 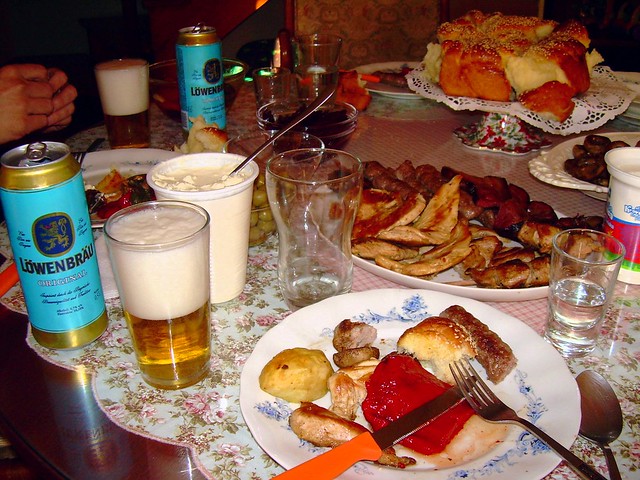 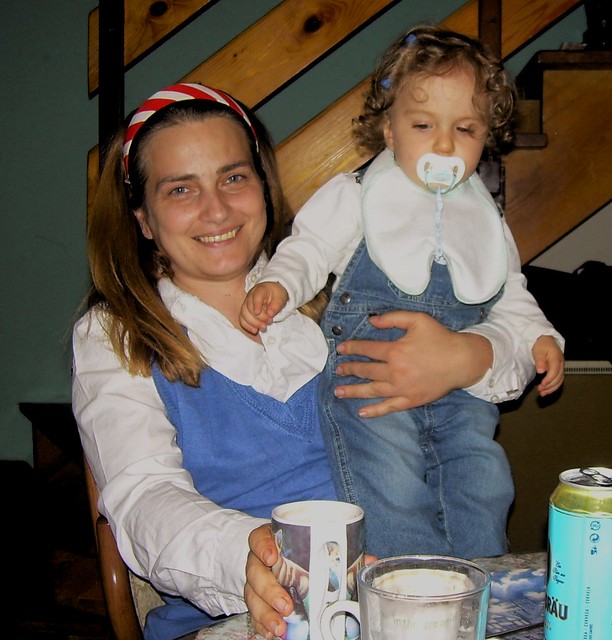 and then she made a cherry, chocolate cake for a party one day at Ada.  Caca brought a huge cake too, and I thought there would be no way to finish them all.  I shouldn’t be surprised by how much a bunch of hungry cyclists can eat.  Caca’s creation: 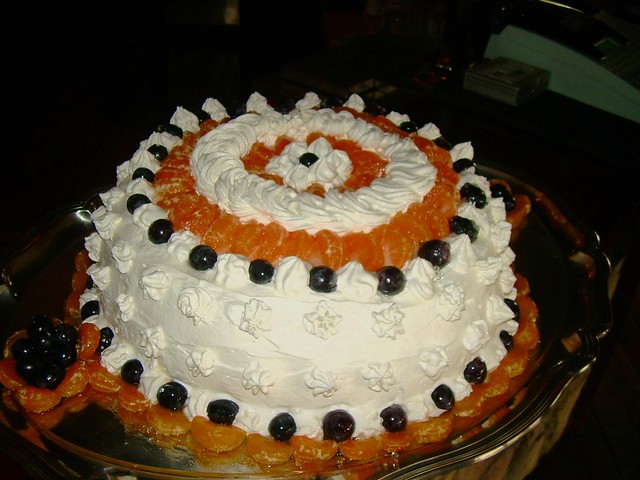 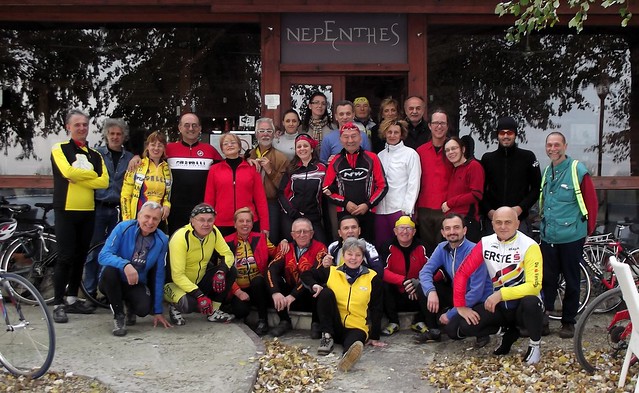 In the course of all these errands and social visits, Snežana and I rode a couple hundred km around Belgrade.  I was reminded that bicycle infrastructure in Belgrade is poor.  Awareness of cyclists on the roads is also poor.  Hopefully, things are changing.  Cyclists started critical mass rides in Belgrade earlier this year.  I was excited that we arrived in the city just a couple days before their monthly ride. 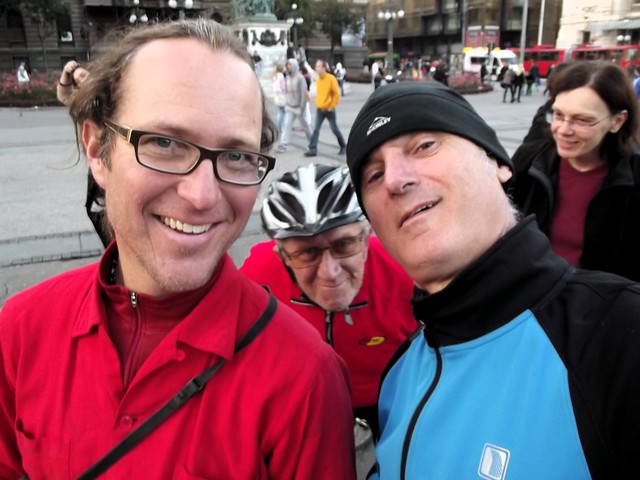 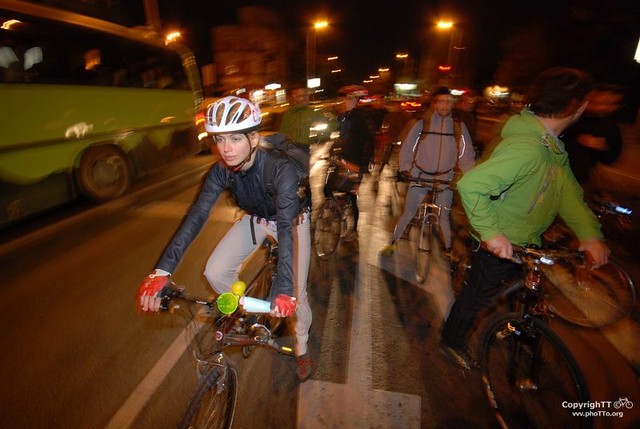 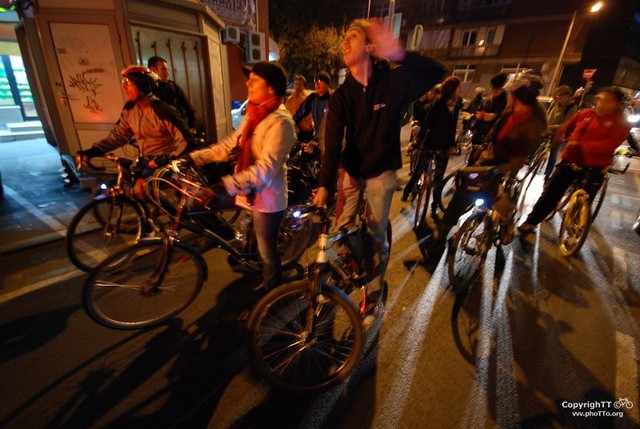 OK, I’m ready to get on the road again.  Osečina (near Valjevo), Katići (near Ivanjica), Sarajevo (?), Mostar, Dubrovnik, Budva.  That’s the current plan. 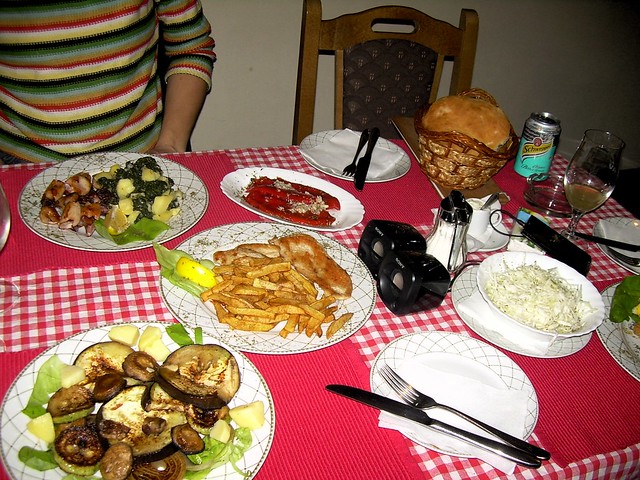 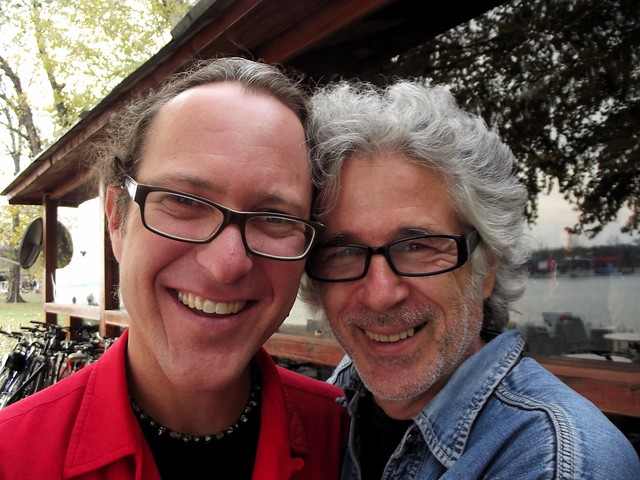