If the coast is the promised land, then what’s to say about Dubrovnik?  That it makes many folks’ 10-things-to-see-before-I-die list is no secret.  Pearl of the Adriatic.  A medieval town with polished marble streets and the shimmering sea as the backdrop.  Baroque buildings, arches, and a maze of narrow, twisting alleys.  Uh, like many people have said before,  wow! 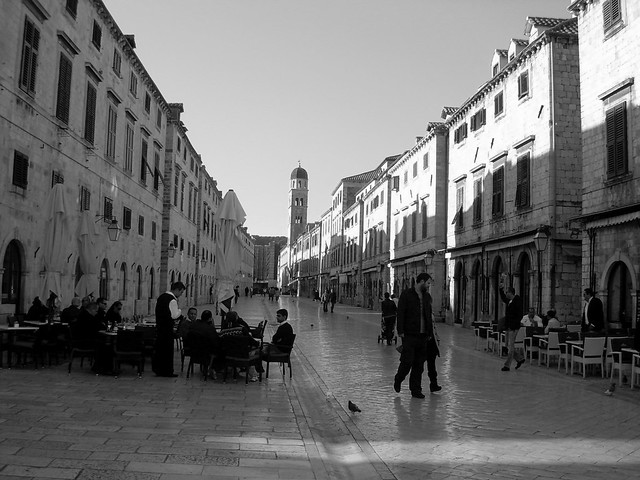 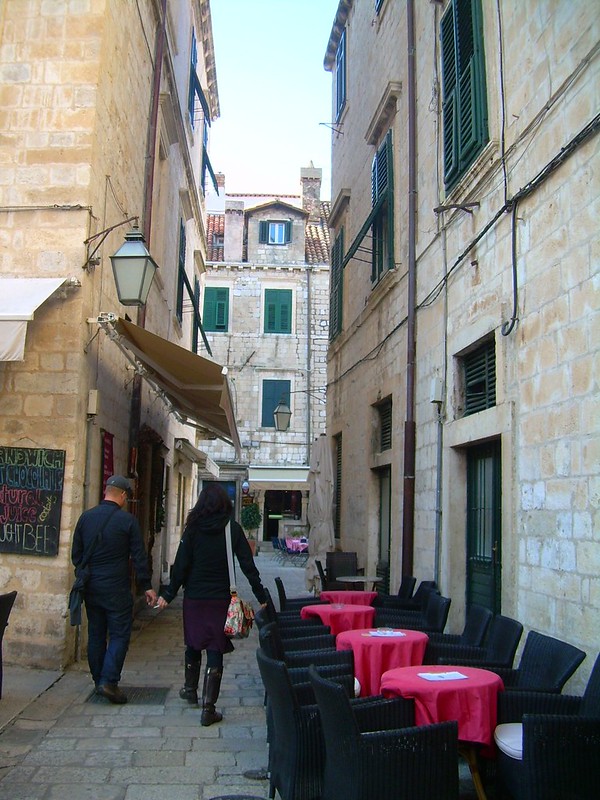 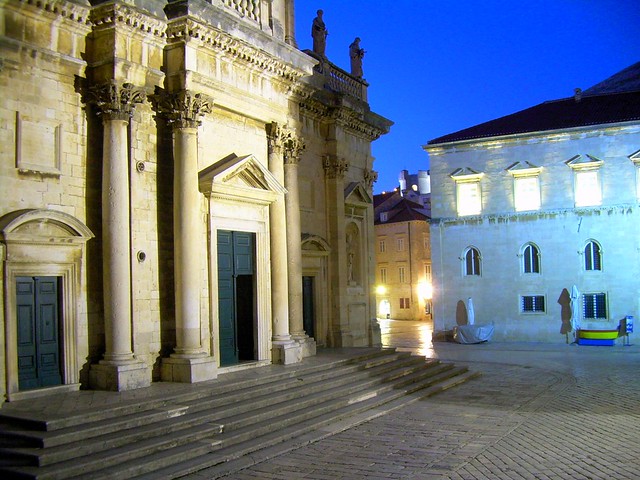 But what really surprised me, perhaps more than Dubrovnik because of expectations, was Kotor and Budva.  From my photos it’s actually very difficult to tell these three cities apart. 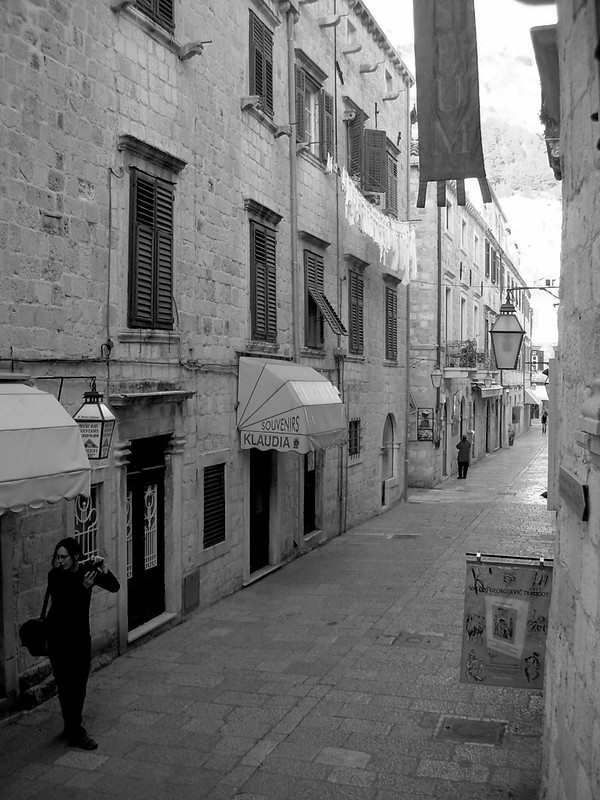 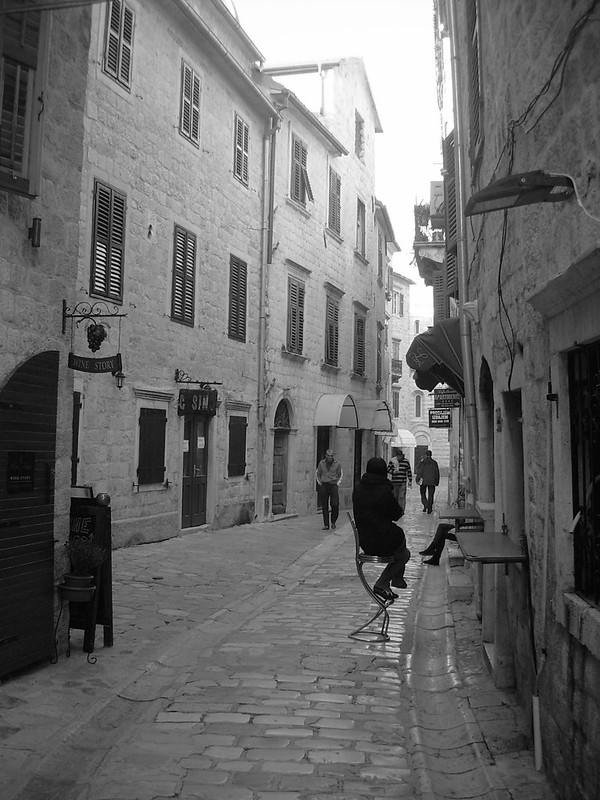 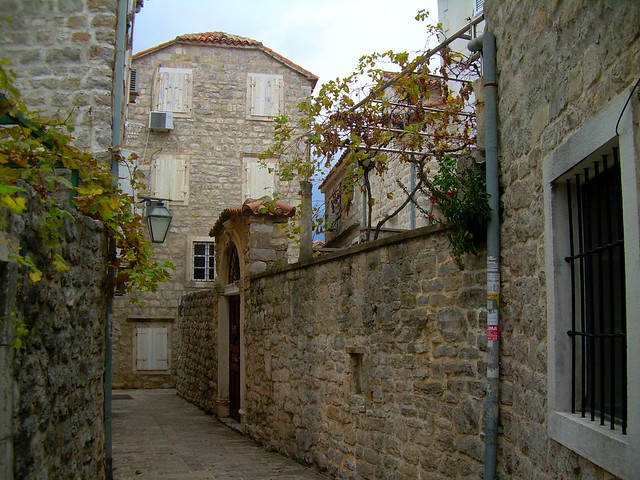 Budva also has a stunning seaside setting.  Kotor, on the other hand, is set way back in a deep fjord with towering mountains looming down on the old city.  Impressive. 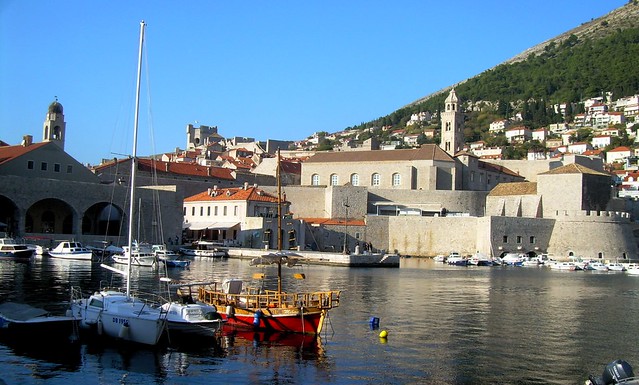 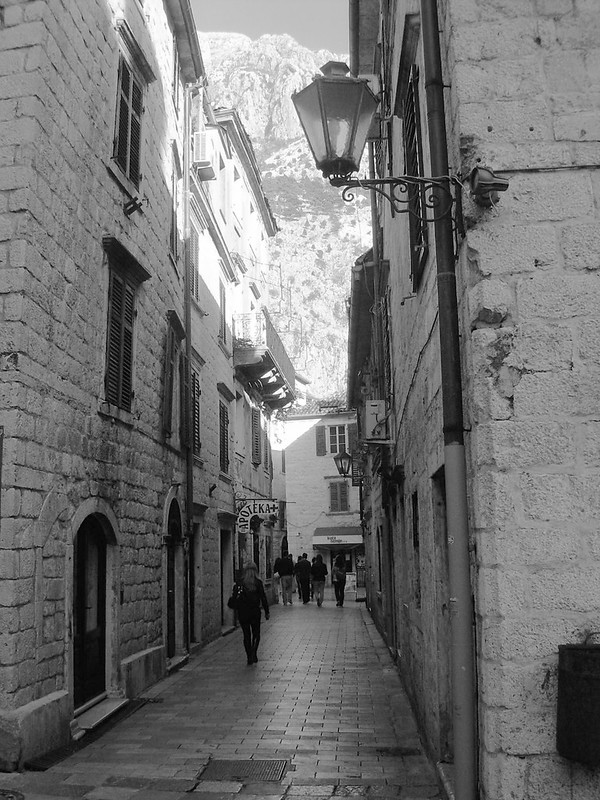 Getting water at the fountain at the west entrance to Dubrovnik’s old city, I hear, “Bryan?  hey, Bryan!”  It’s Wojtek (from Sarajevo)!  Busy preparing for trips to Italy and NW Africa, he sold us the last of his Croatian money, but here he was back in Croatia.  Ah, what a woman will do!  He had met Sienna (from Cody, WY) a few days earlier and joined her on her travels.  I can imagine Wojtek deciding, “well, even if it doesn’t work out with the woman, I get to visit Dubrovnik!”  Not a bad worst case scenario. 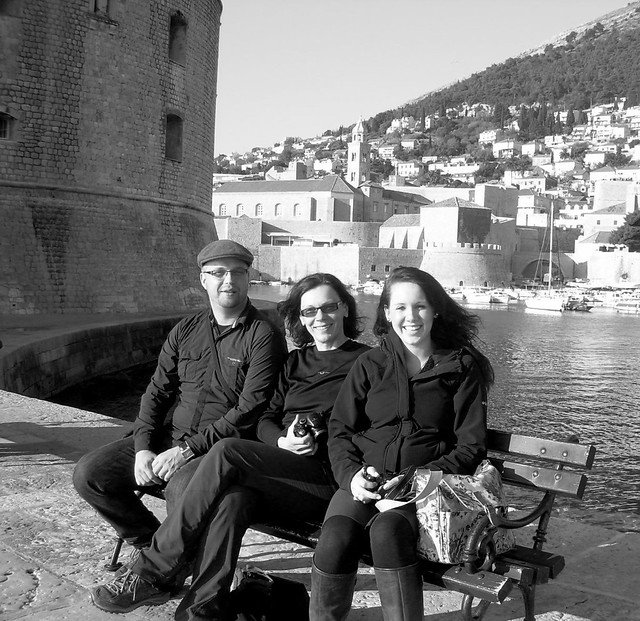 The four of us wandered around the city for an hour or so together before Wojtek caught a bus to Sarajevo (sans Sienna), and Snežana and I went off to get a new rear shifter for Snežana’s bicycle.  She had been limping along the hilly Dalmation Coast (incorrectly redundant?) on a three-speed. 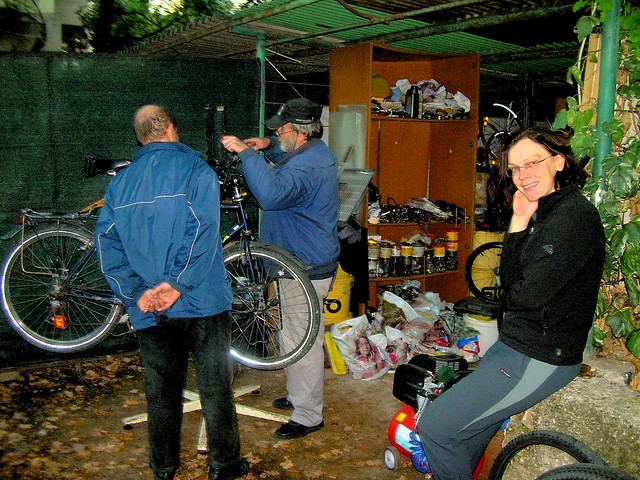 A few days later was one of the most spectacular flat bicycle rides I’ve ever done.  Bokokotorski zaliv is southern Europe’s deepest fjord, and it’s surrounded by rocky escarpments rising 1000m straight out of the water.  We spent a whole day riding around about half of the inlet.  Perast has a great setting at the mouth of the most inner part of the fjord, and Kotor, well, I already mentioned Kotor.  This area is unbelievable. 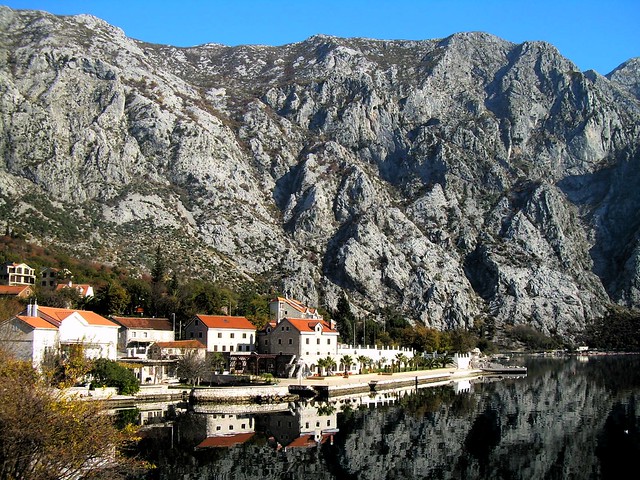 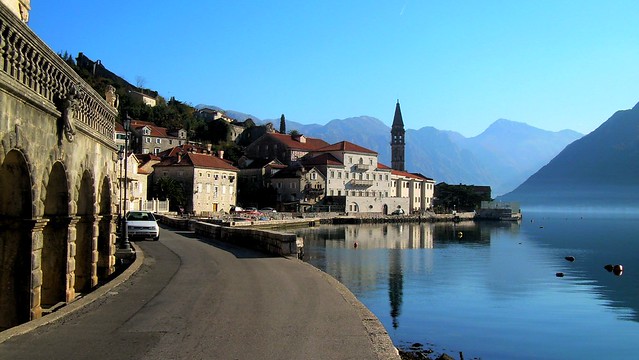 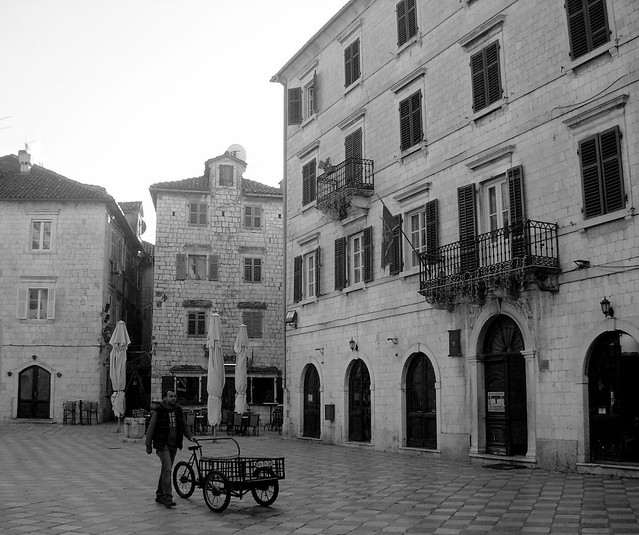 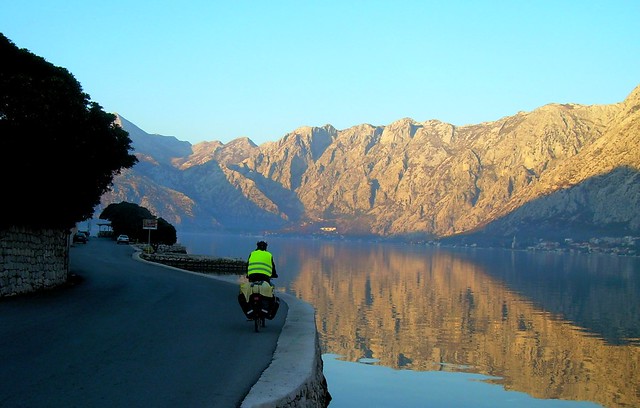 A little more riding, a night in an abandoned building, too much traffic on Montenegro’s coastal road, and we were in Budva.  Fancy yachts, casinos, winding mountain roads, and expensive cars.  The only thing missing was James Bond.  Russians have discovered Budva, and there were also tour buses arriving from Croatia and Albania.  I cycled 900m up the coastal mountains on one of our rest days in Budva. 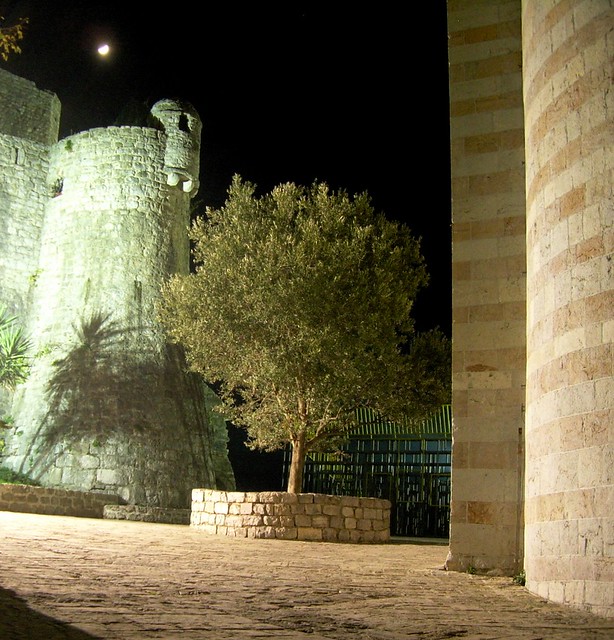 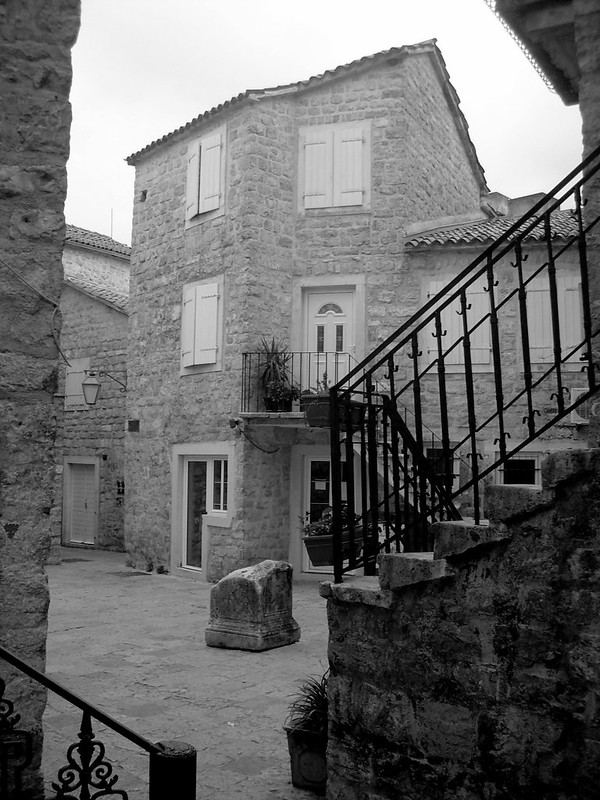 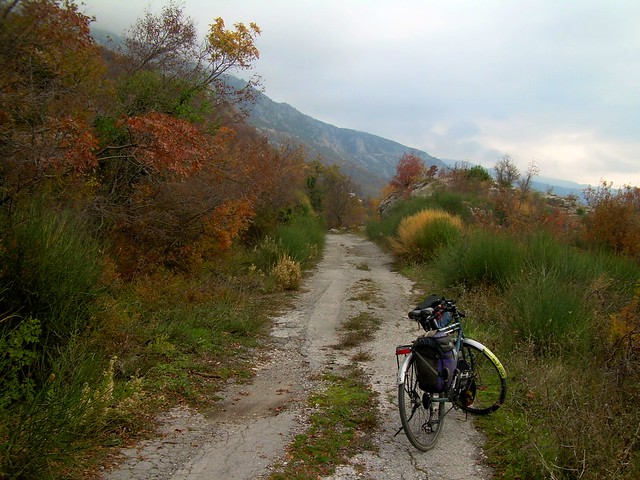 Short days, a little rain, and plenty to see.  We’re not setting any speed records. 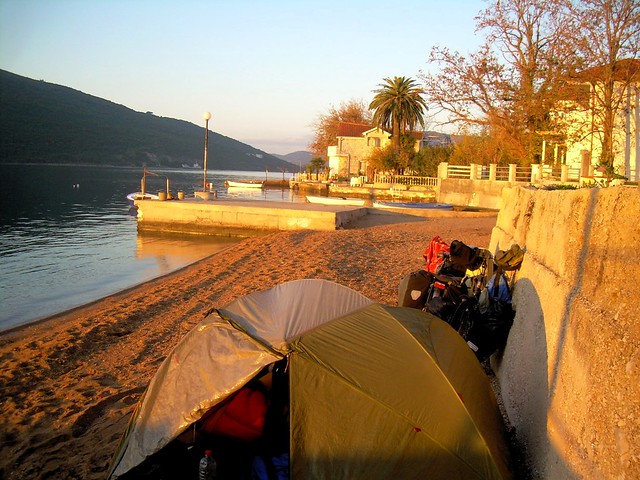 9 Responses to Dubrovnik, Kotor, Budva: gems on the Adriatic