A winter ascent of Erciyes

I’ve been studying Turkish again for the last six weeks.  It keeps me pretty cooped up during the week, but I got out a couple weeks ago for a winter ascent of Turkey’s 5th highest peak.  Erciyes is just slightly lower than Kaçkar Dağı which I climbed about 18 months ago when Sage and I were pedalling around the eastern Black Sea region.

I was the only one to climb Kaçkar on that beautiful July morning.  On this cold Sunday morning in February over 50 people summited Erciyes.  It was a bit of a disaster.  Mostly what bothered me was the extremely slow pace which certainly could have meant not summiting (or worse) if the weather had turned sour.  However, our route wasn’t technical, and even in a blizzard it would be hard to get really lost.

We took the gondola up from the very crowded ski area on Saturday afternoon, walked a couple hours to a comfortable camp in the snow, and walked up to the top the next morning.  I don’t know what’s normal at the ski area, but part of the reason it was so crowded could have been because only a couple of the many lifts and runs were open.  They don’t have enough snow this year to open any more of the mountain. 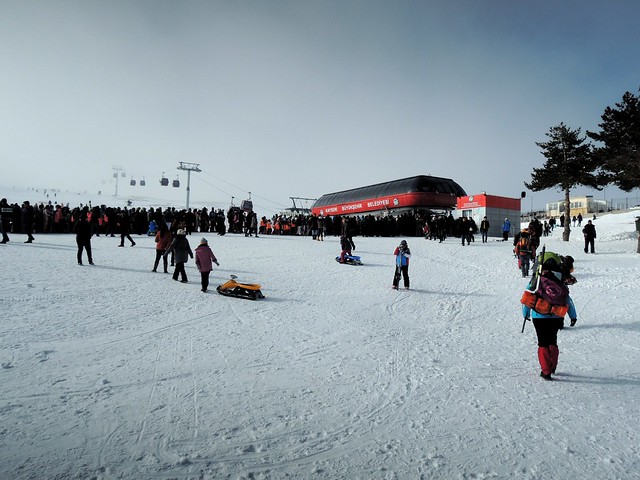 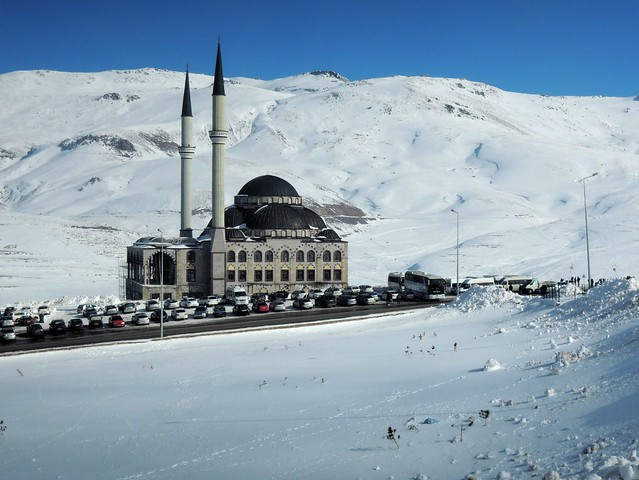 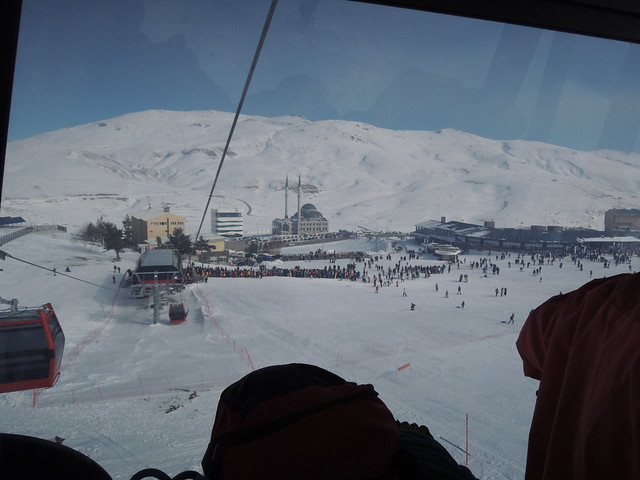 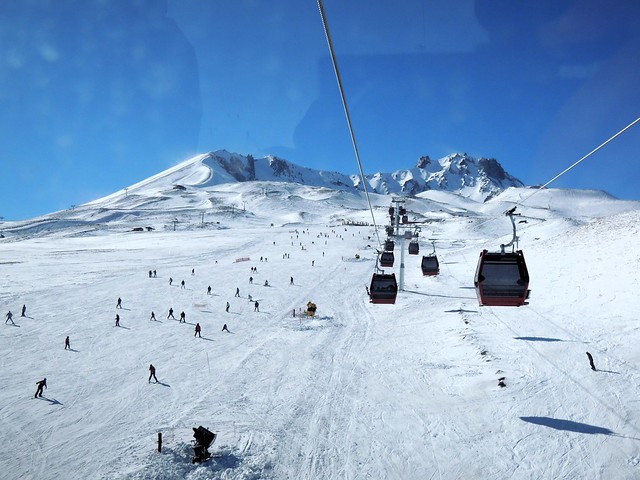 Just below the summit the wind picked up a bit.  We could see it coming as we ascended so I knew to put my goggles on and bundle up for the last bit.  It was enough wind to blow some snow around and make the photos look more stormy than it really felt!  🙂  What surprised me most at the summit was that we weren’t really on the summit.  There’s a rock pinnacle that goes a bit higher, but we didn’t have the technical gear to climb up there.  I’m sure it gets climbed in winter, but even in summer you need a rope to get to the very top of Erciyes.  Nice mountain.

My camera battery died just as we started the hike so the rest of the photos were pilfered from friend’s Facebook postings. 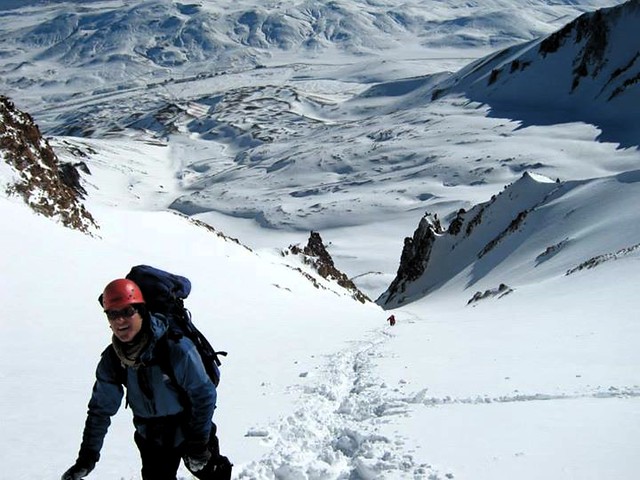 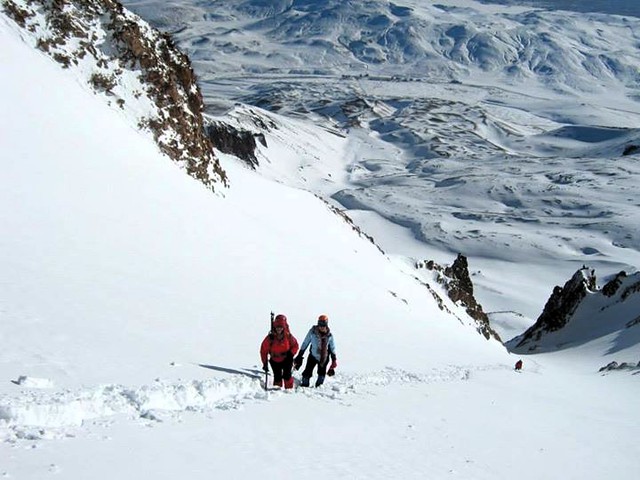 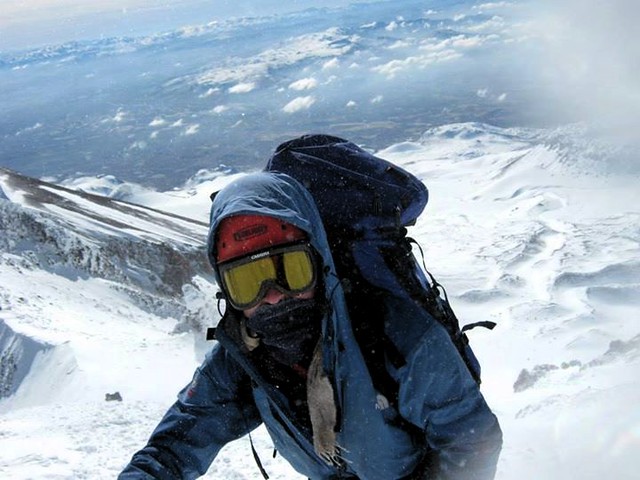 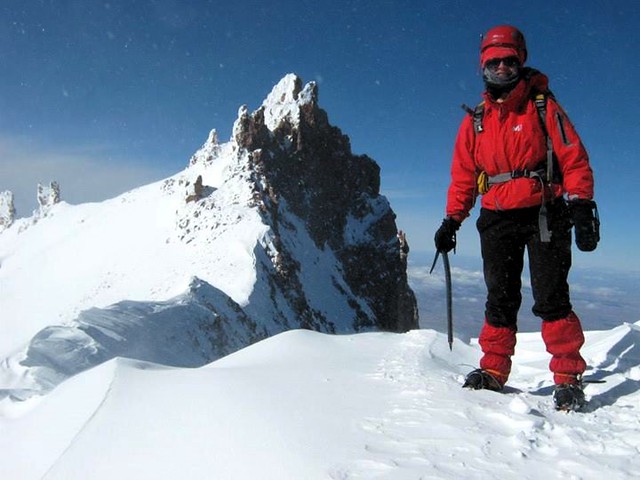 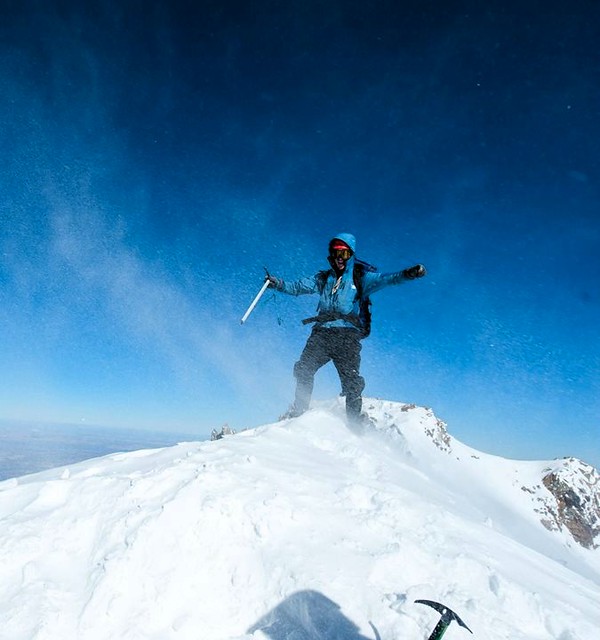 This entry was posted in Climbing, Turkey and tagged Erciyes. Bookmark the permalink.