After climbing at Karakaya I had almost a week before I was supposed to meet some friends in Doğubayazıt.  I spent a couple nights in Ankara and then went to Sarıkamış for a short backpack trip.  At the last minute I decided to take the train, a fun 26-hour journey.  Sage and I took that same train from Ankara to Erzurum two summers ago so I had an idea of what to expect.  This time I didn’t have a sleeper like before (those sell out quickly), but the regular seats are quite comfortable.  Leaving Ankara I enjoyed the scenery until it got dark and then headed to the dining car for some chicken şiş.  During dinner I was joined by Daan who was making his way from Utrecht to Yerevan, mostly by train.  We chatted, drank beers, and Daan, whose knowledge of religious history is much better than mine, explained (at my request) the split from Rome of the protestant/Lutheran/reformist arm of Christianity.  In an e-mail from Daan a week ago he wrote, “That train ride was definitely one of the highlights of my trip :)” 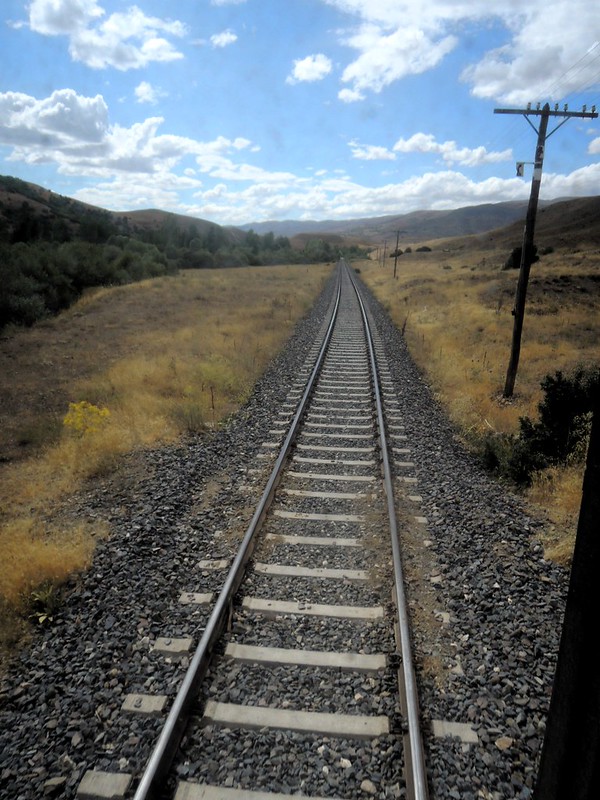 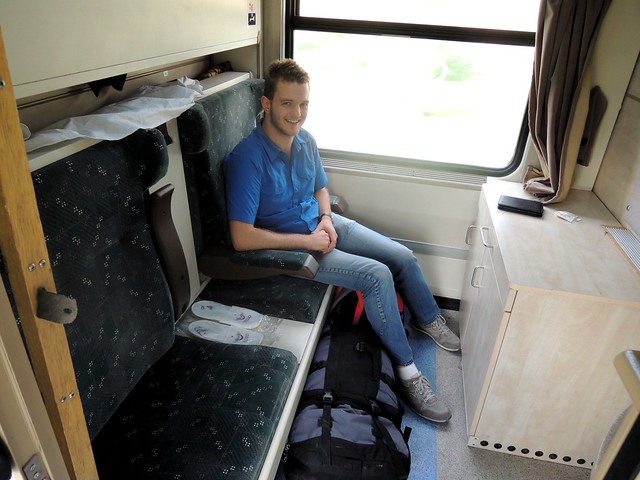 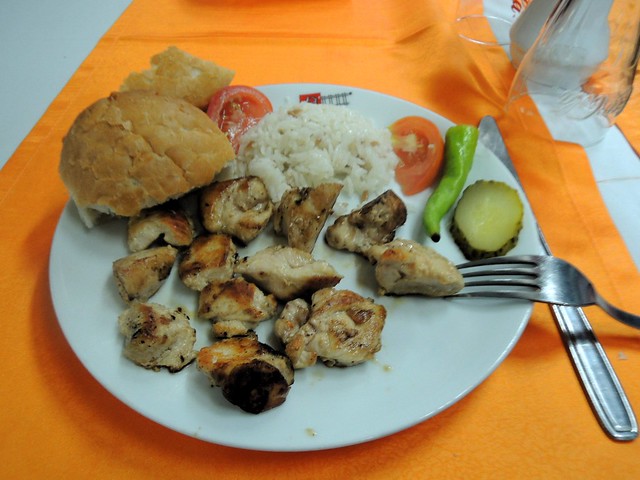 As soon as I got off on the train it started to rain.  It was dark and a bit cold.  Of course after sizzling Antalya and the heat of Ankara, that’s exactly what I wanted.  Not having a plan, I wandered into town and spent the night in a hotel.  In the morning I bought food for 2.5 days and started walking south from Sarıkamış.  First I walked straight up to the summit of the ski area at 2600m where it was cool enough to wear two jackets in the middle of the day during my lunch stop.  Two lifts come to the top, and there’s a lodge, but everything’s closed up in the summer. 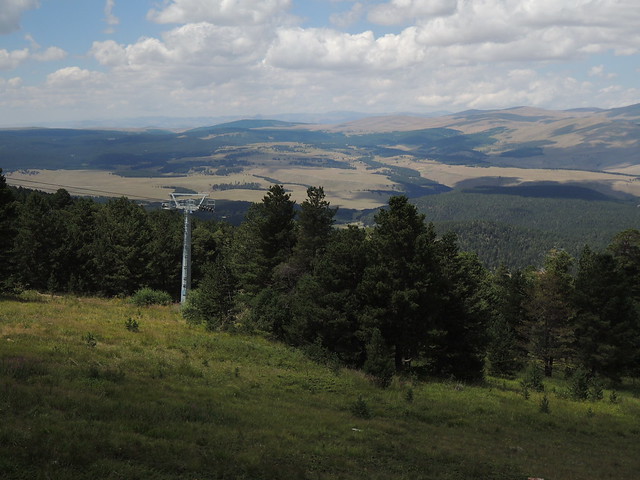 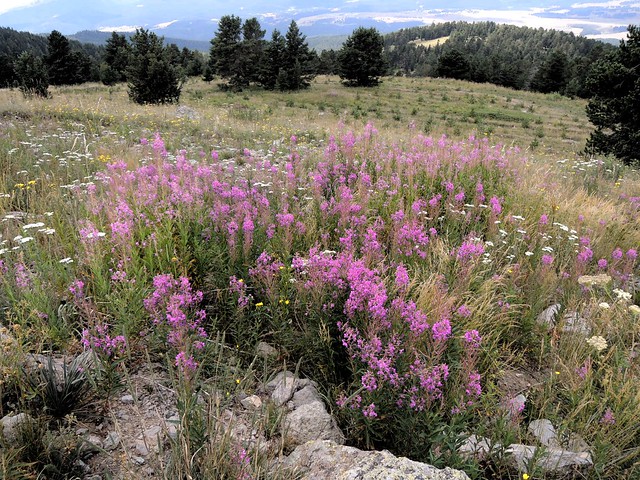 I worked my way down east from the ski area and then spent about a day and a half following the small stream down Keklik Valley.  The only people I ran into were two çoban (cowboys in this case) bringing their cattle down to the stream for some water.  Unlike in other parts of Turkey, but as has happened to me before in Kars and Ağrı, these two asked me for anything they could think of — shorts, beers, money.  Seeing that they annoyed me, they then offered tea, but I continued my walk. 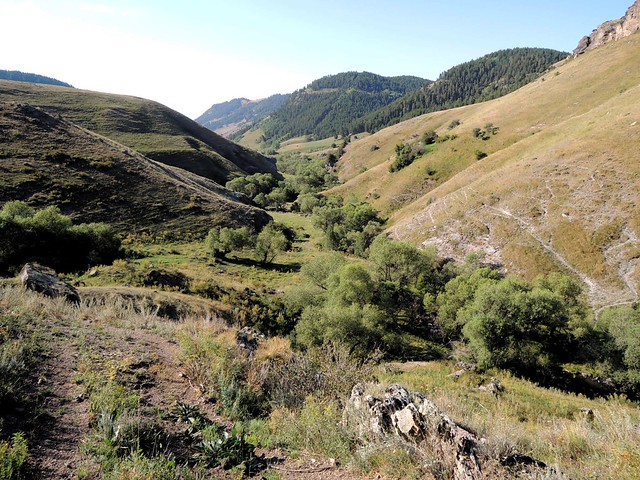 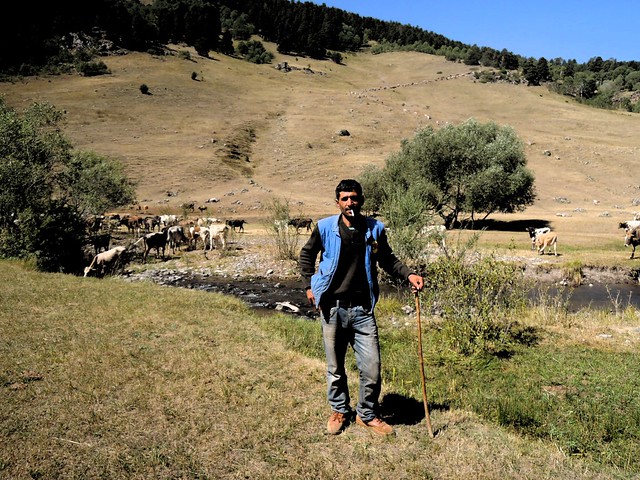 The going along the creek was easier than I expected.  The hardest part turned out to be the descent to Kız Kalesi (a ruined castle) and from there down to the creek, a section described as “easy” in my guidebook.  Conversely the beginning of my trek from town to the ski area summit, easy in my opinion, was described as “advanced”.  I sort of wondered if the book’s author had even bothered walking all the trails. 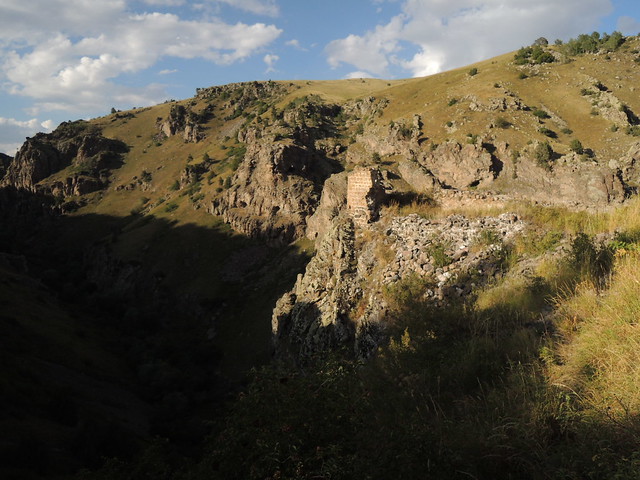 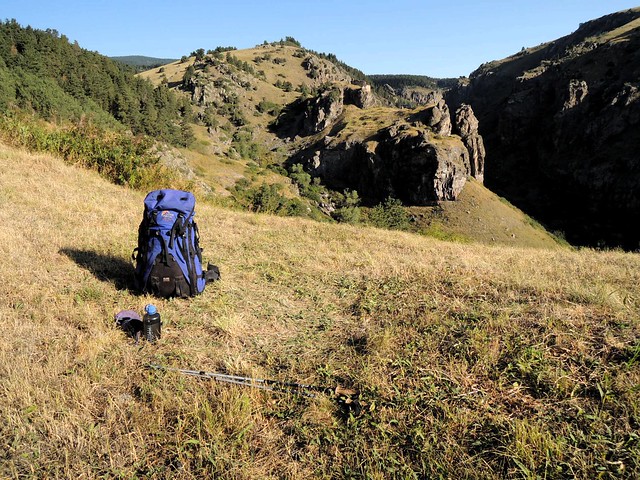 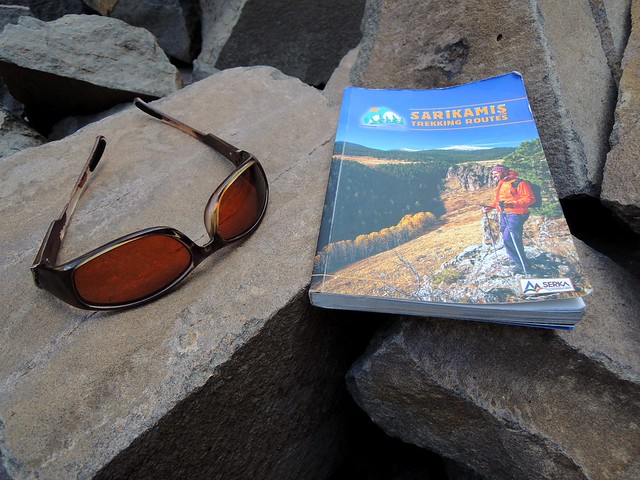 At the bottom of Keklik Vadisi I came to the Aras River and was met by a bit of a surprise.  No bridge!  The going along the river was slow and frustrating, knowing that there was a highway just on the other side.  I found a wide, rocky spot and safely waded across the waist-deep muddy water, an unexpected end to a nice hike. 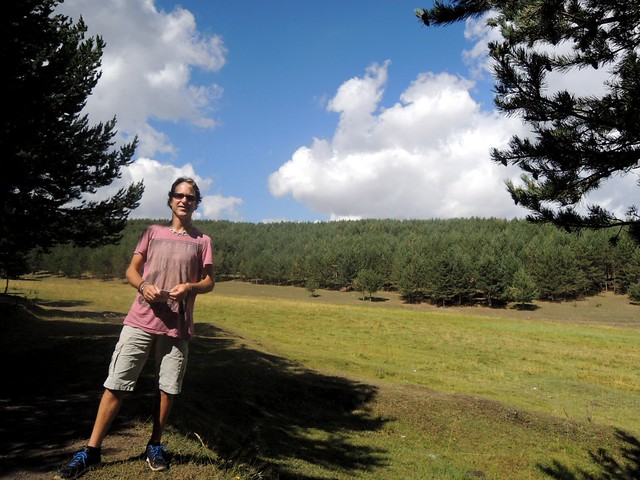 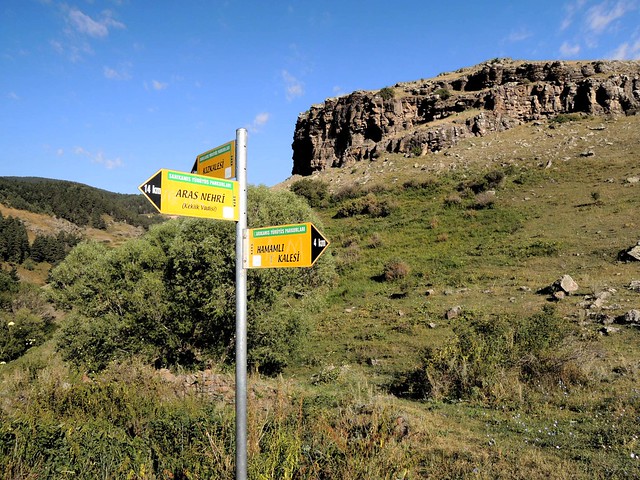 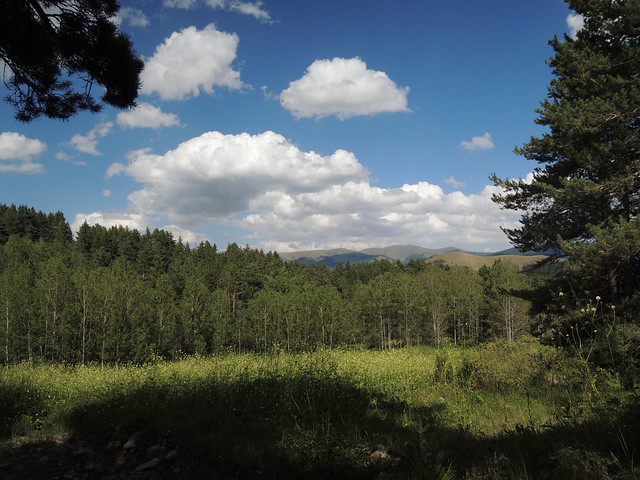 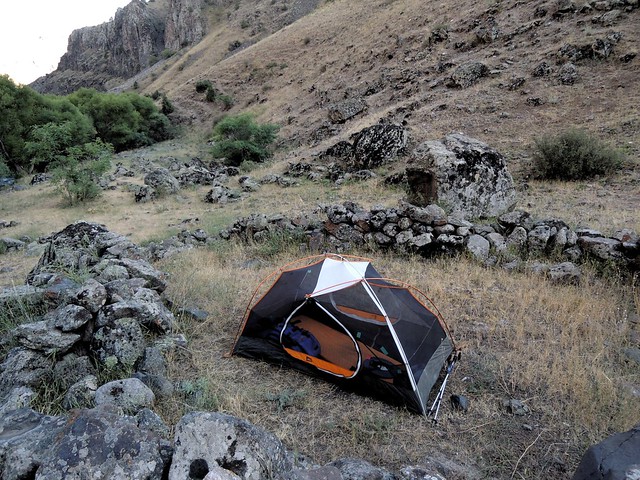 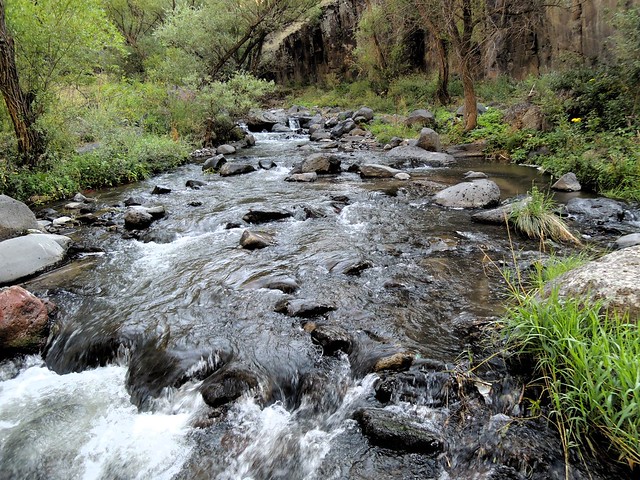 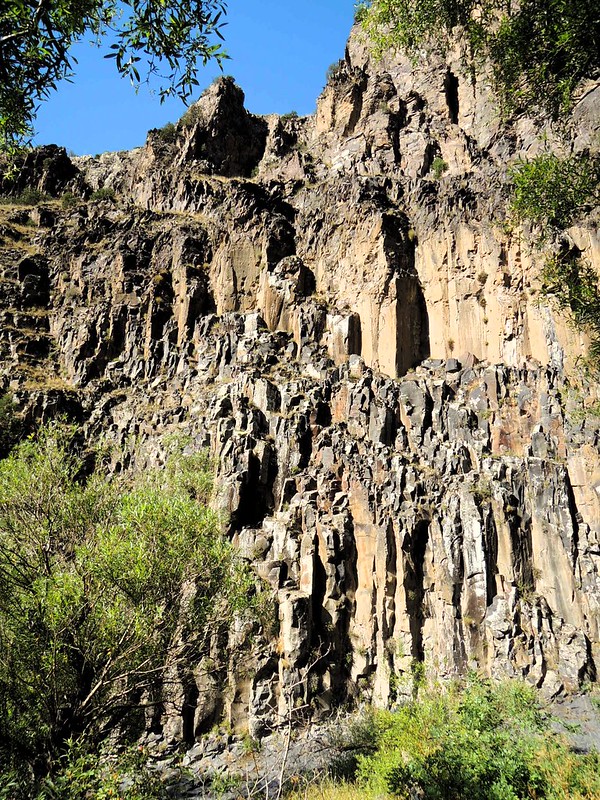 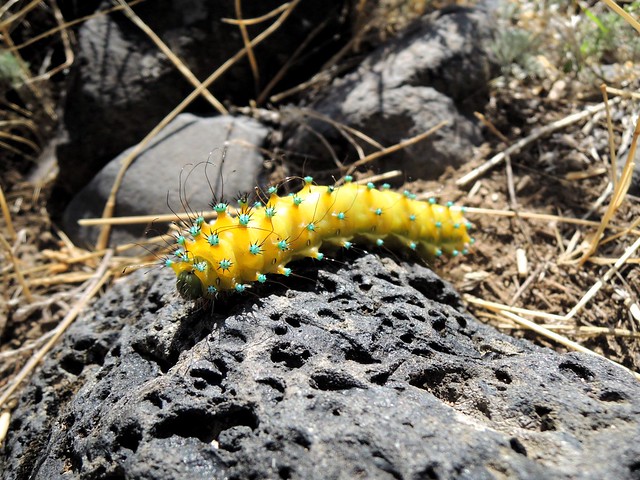 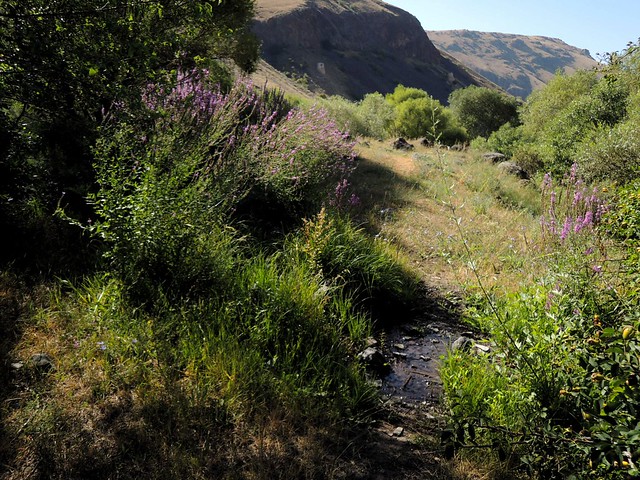 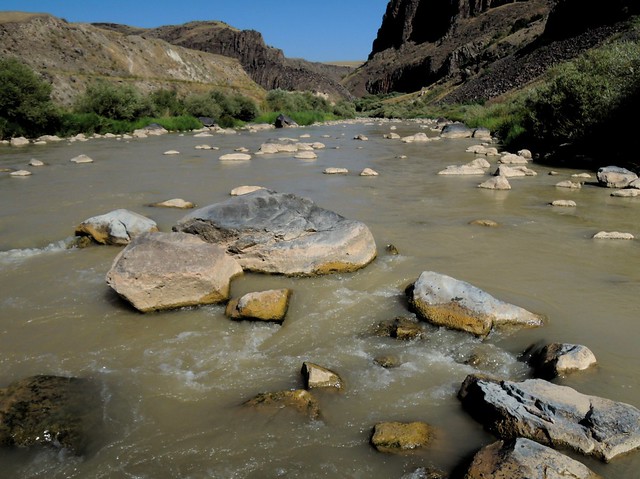 This entry was posted in Trekking, Turkey and tagged Ankara, Keklik Vadisi, Sarıkamış. Bookmark the permalink.