We saw a number of totem poles scattered around the town of Ketchikan, like these three: 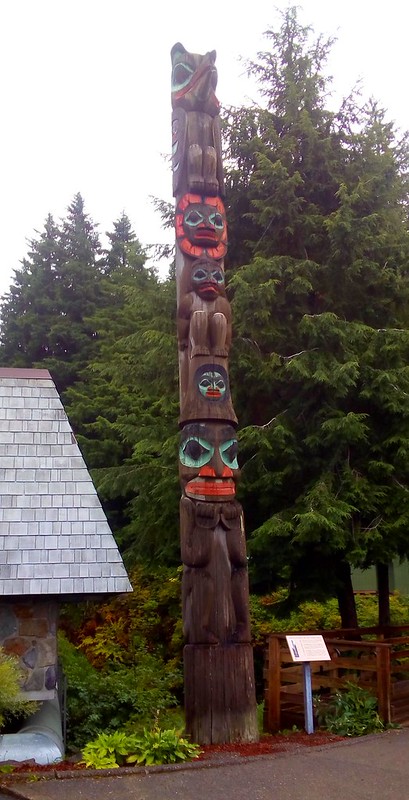 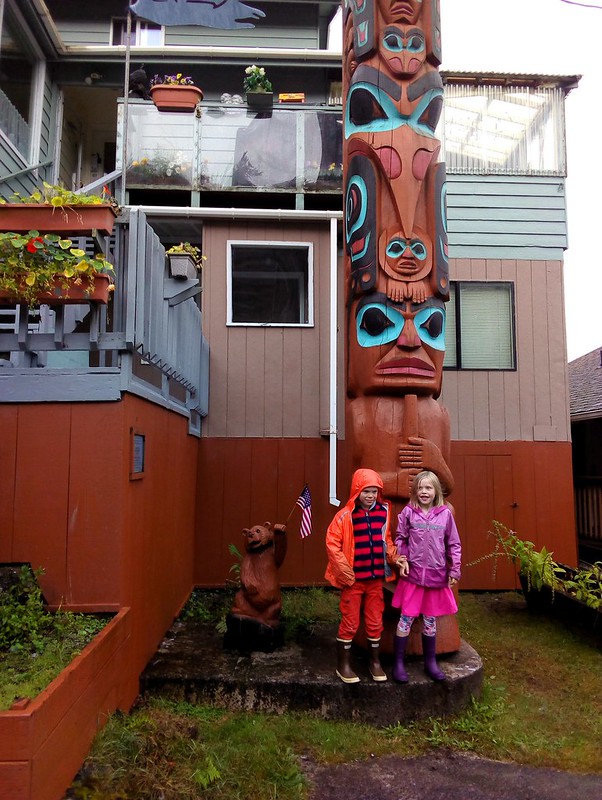 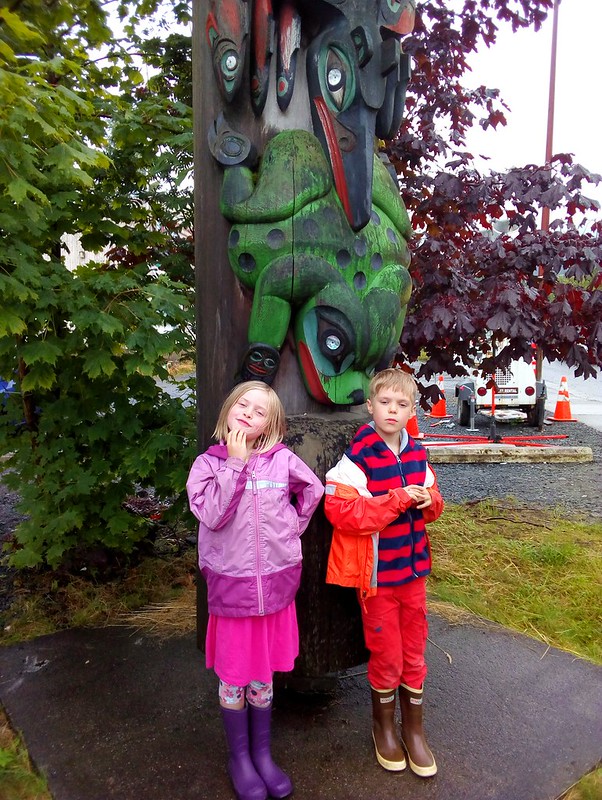 Ketchikan’s Totem Heritage Center is a small museum where I learned most of the stuff in this post.  They have a few totem poles erected on their grounds including this one honoring the people and organizations that made the creation of the museum possible: 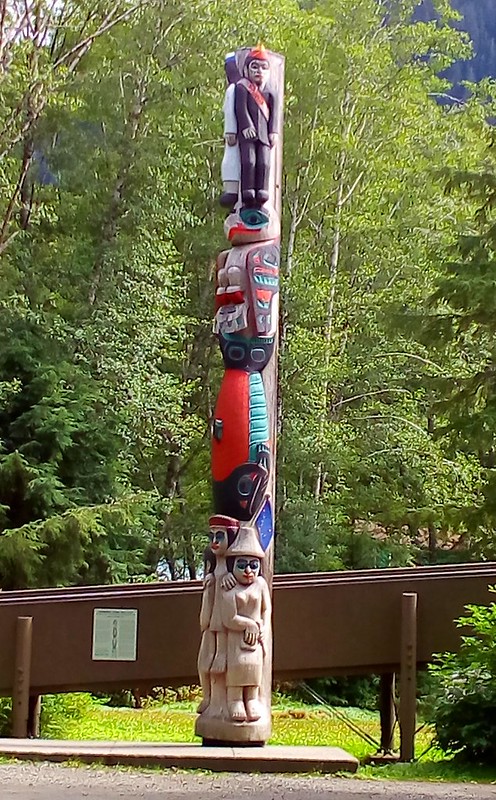 On the grounds of the Cape Fox Hotel are quite a few small totem poles that made a fun place to play hide-and-seek with Jasper and Zoë: 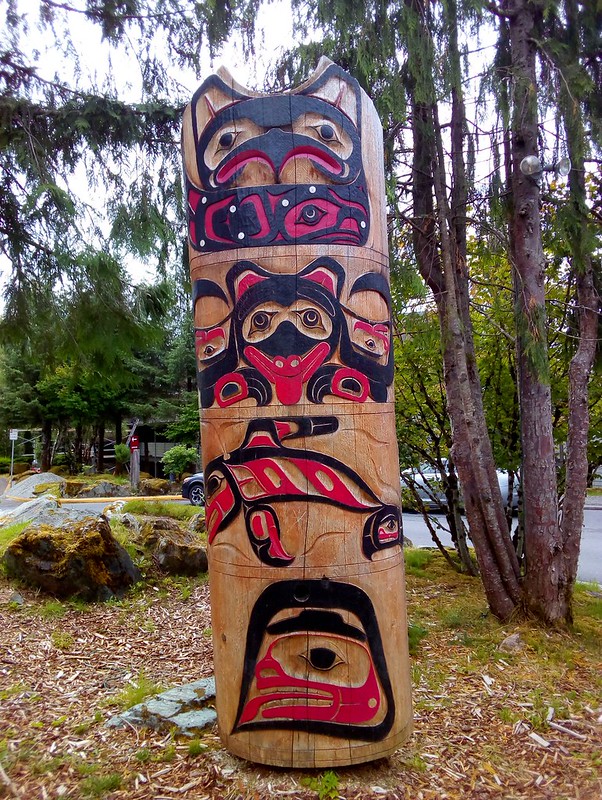 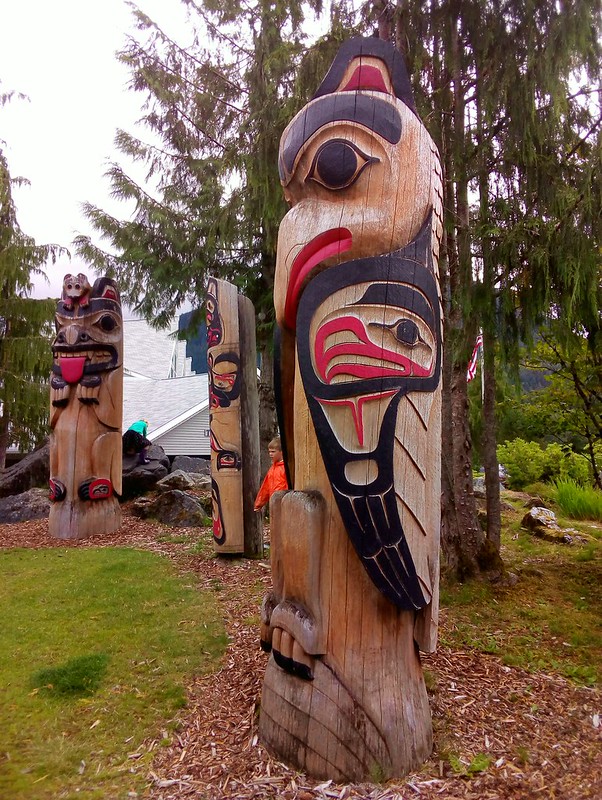 The most totem poles we saw was not surprisingly at Saxman Village which houses the largest collection of standing totem poles in the world.  Public buses leave every hour from Ketchikan, and it seemed like almost everyone on the bus was going to Saxman. 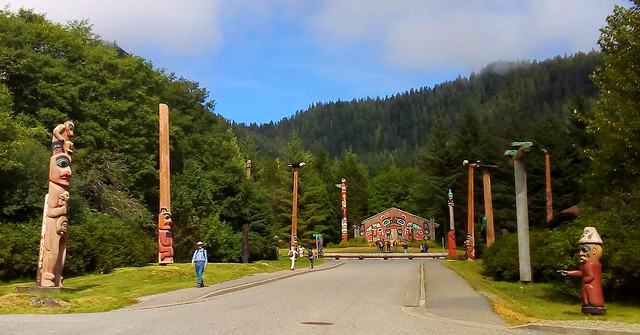 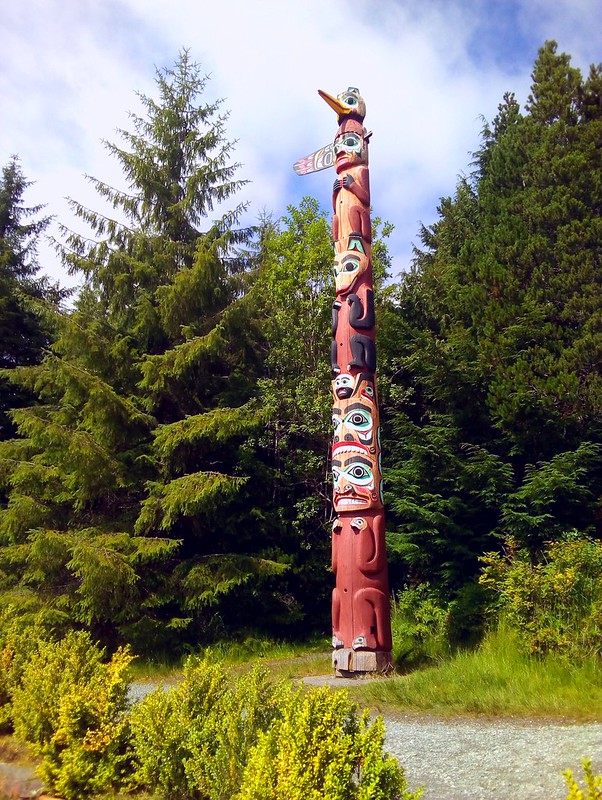 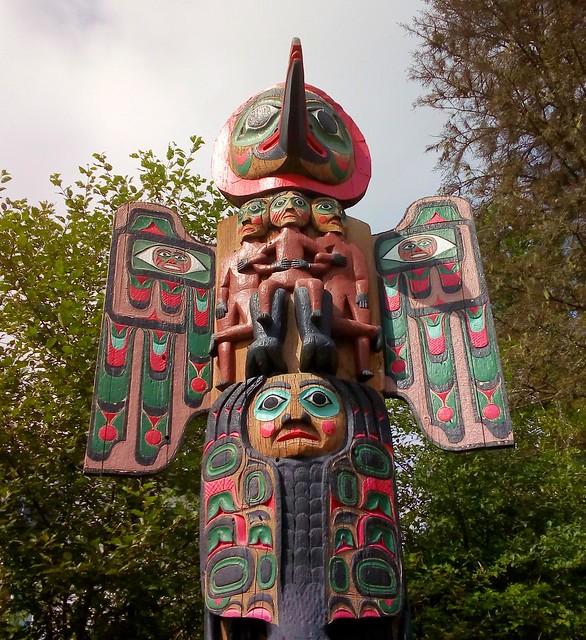 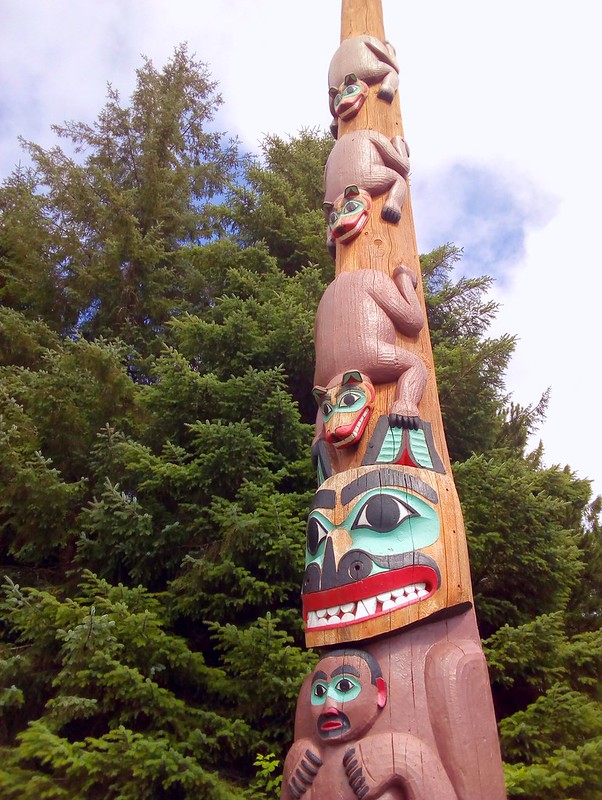 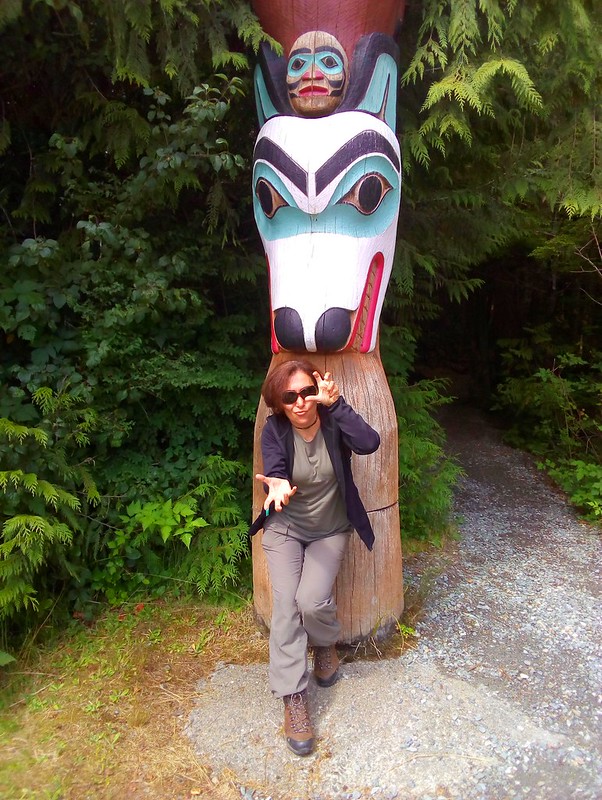 A large uncarved portion of a totem pole is used to emphasize the little bit that is on the pole.  Take this one with Abraham Lincoln on top, perhaps a big honor pole for Lincoln?

Compare that to the totem pole in the right side of this photo: 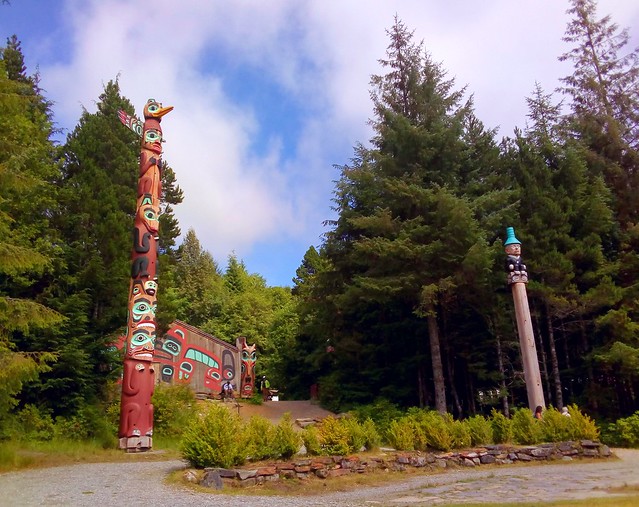 Looks very similar, doesn’t it?  Well, at the top that’s William Seward, the one who bought Alaska for the US.  He came to Alaska after the purchase and was treated to nice potlatch parties by the locals, the Tlingit.  The Tlingit liked Seward so much they erected a totem pole in his honor.  However, the Tlingit traditional parties are meant to be reciprocated two to four years later.  When Seward never came back and hosted his own parties, the Tlingit changed the honor totem pole into a shame totem pole by painting Seward’s nose and eyes red. Oops.

A Ketchikan blog post won’t be complete without a couple photos of Creek Street, Ketchikan’s red light district after prostitution was made illegal on the other side of the creek. 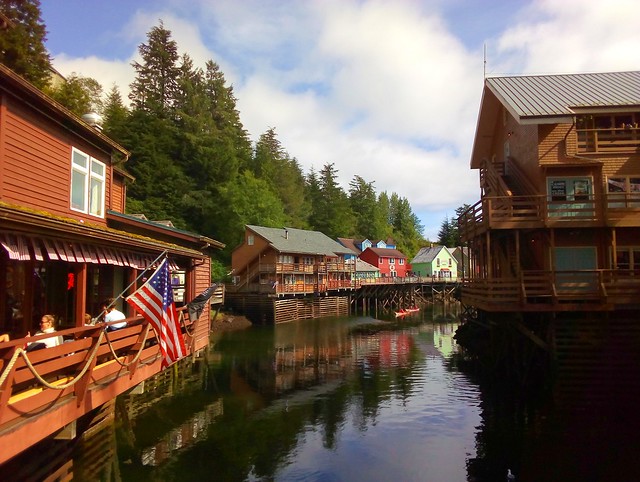 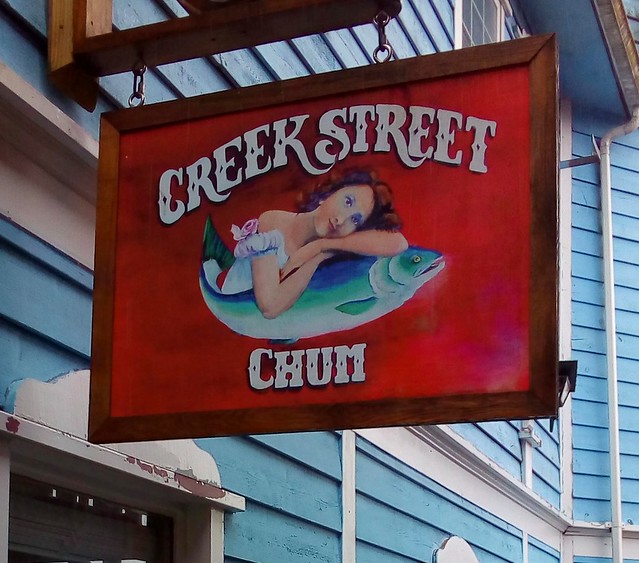 And what the heck are we doing in Alaska anyway? 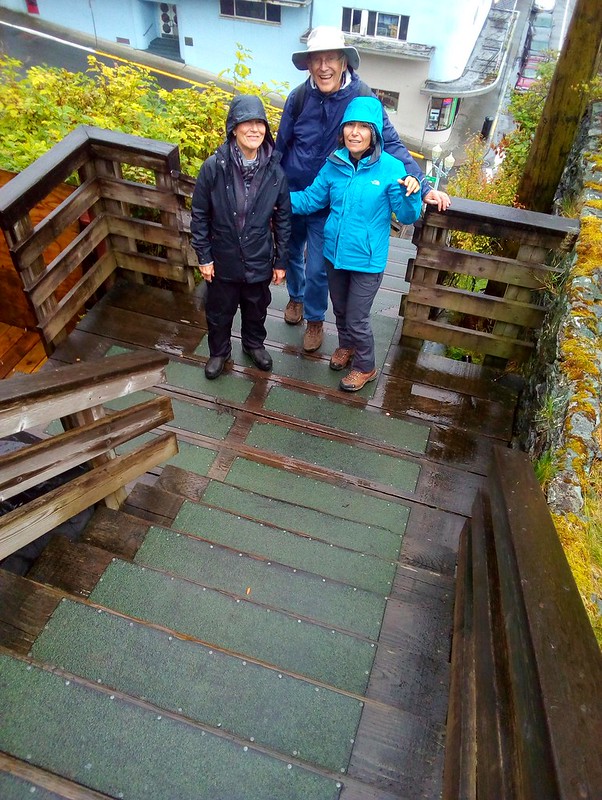 Walking some steps with my parents to get in shape for their week long 55th wedding anniversary party.  We’ll need to reciprocate with a big celebration in Turkey lest I end up like Seward on top of a shame totem pole in perpetuity.

This entry was posted in Traveling, United States and tagged Ketchikan, Saxman. Bookmark the permalink.