Finally, the start in Slovakia!

As soon as I arrived, I liked Bratislava.  It was small, quiet, cute, with very little traffic.  The downtown area isn’t fully gentrified, but it’s on its way.  I started to wonder if I simply decide whether I’ll like a place before I even arrive.  I didn’t think I’d like Vienna, and I didn’t.  It’s hard to remember now, but I think I thought Bratislava was cute before I’d ever been there.

Snežana and I had reservations at the Botel Marina, and we had planned on spending three nights in the city so perhaps I was just predisposed to like it.  I arrived early before the rain started.  It was too early even to go to the hotel (botel!) so I poked around downtown. 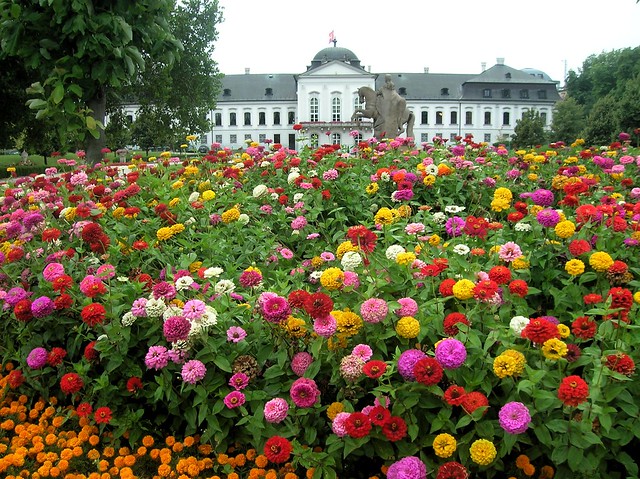 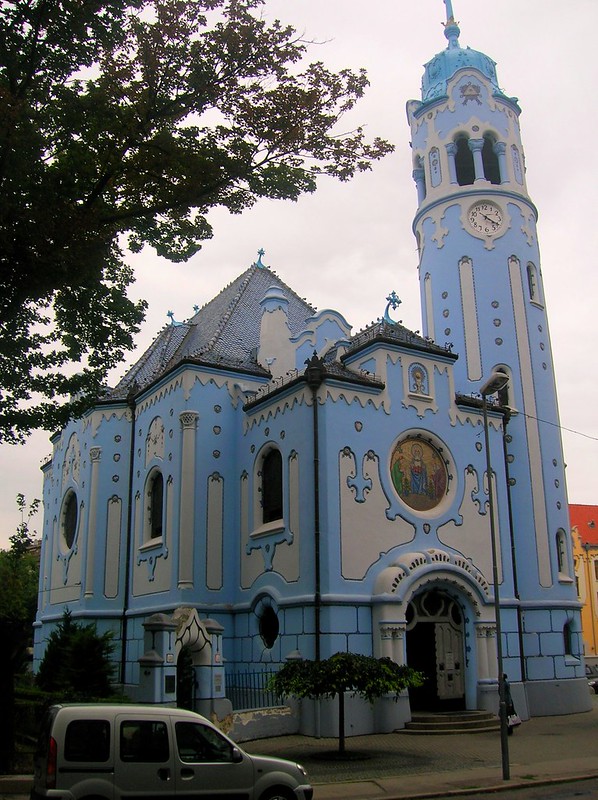 After wandering north from downtown, I found the bus station to be sure I knew how to get there for later in the day.  I ran into Robin, a young Brit on his first ever bicycle tour.  He was waiting for his couch surfing host, Mateo (sorry for butchering your name), and another couch surfer, Hala, who was also staying with Mateo this evening.  The four of us ended up chatting and had a pizza and beer lunch together. 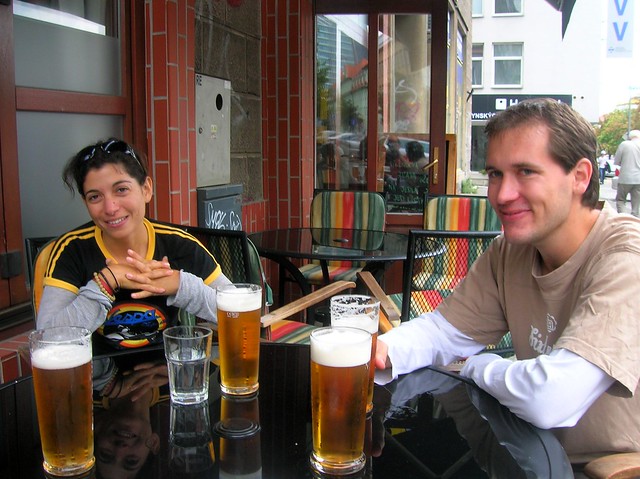 I met Snežana at the Bratislava bus station exactly on time — which really only means that neither of us had to wait long.  I think her bus from Belgrade was a couple hours earlier than I had originally expected.

In our two days in Bratislava we repacked all our gear and sent a full pannier of extras to Belgrade, biked out to Devin Castle, and had fun exploring this small capital city.  In retrospect we could have been more grateful to have a dry spot to stay every night, but at the time we didn’t realize we were in the middle of a 12 day-in-a-row stretch of rain.  With every day, I kept imaging, “well, this can’t really continue, can it?”

On the road NE from Bratislava, it started getting a little ridiculous.  People were staying how it never rains so much in July, how summer will start any day now, how they had such a warm winter and now such a cool summer.  It didn’t actually rain all day every day.  See here how there’s blue sky even though the road is wet: 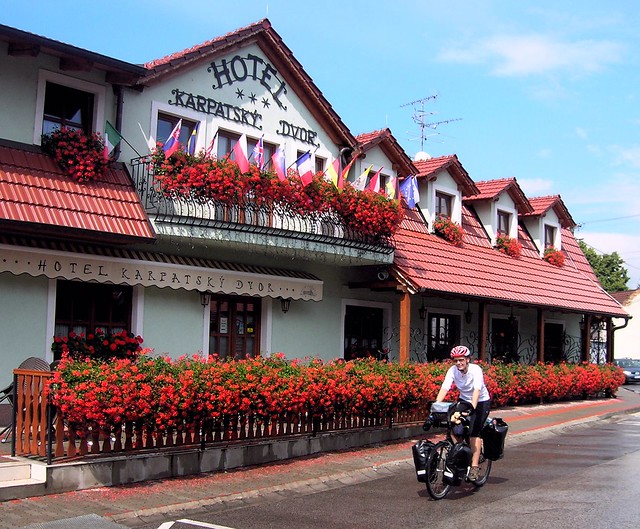 The rain does make for some interesting stops.  A night in half-constructed house in Dechtice: 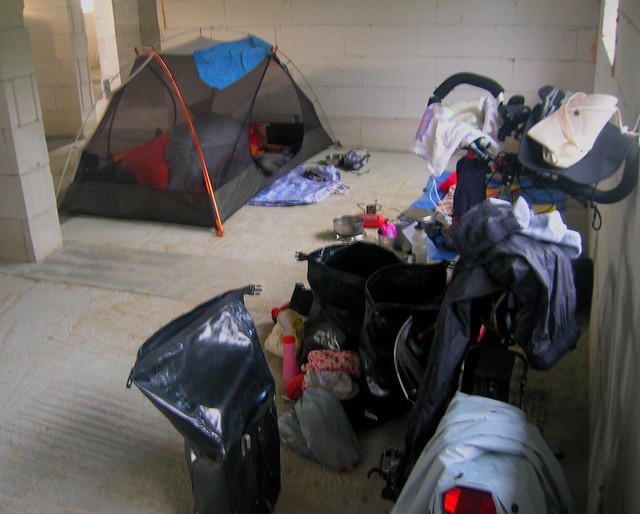 Lunch under a bridge in Piešťany: 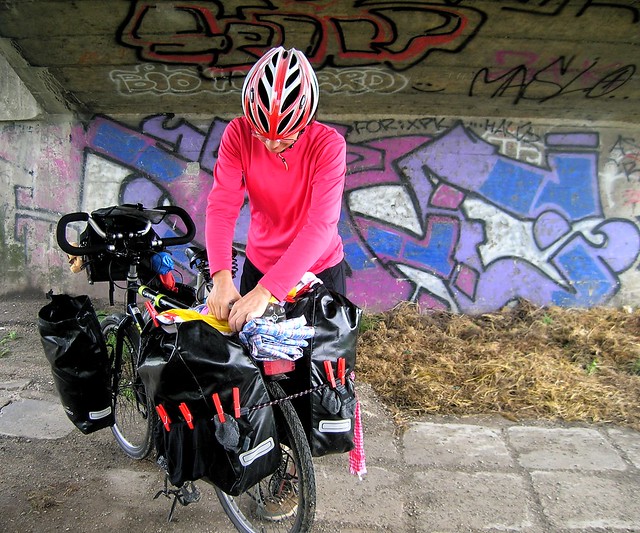 Slovakia’s not Czech.  Traffic is heavier; population density feels even higher; there are fewer roads.  Towns aren’t as cute, but they do have this crazy mixture of new and old that I got a kick out of.  For example, how many towns can boast a communist-era concrete monstrosity, a Turkish hammam façade, and a renovated pedestrian area all within a few minutes walk of each other? 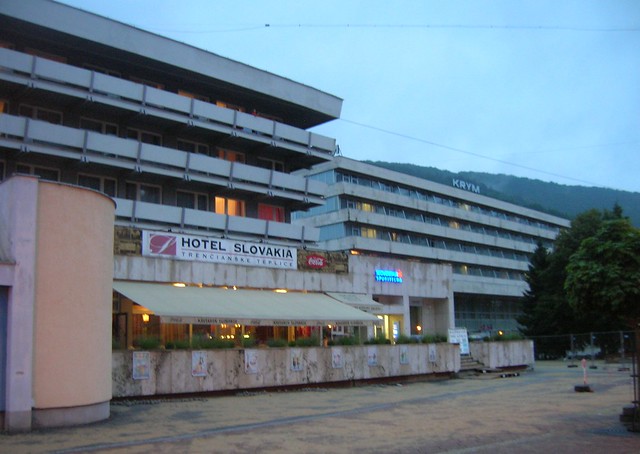 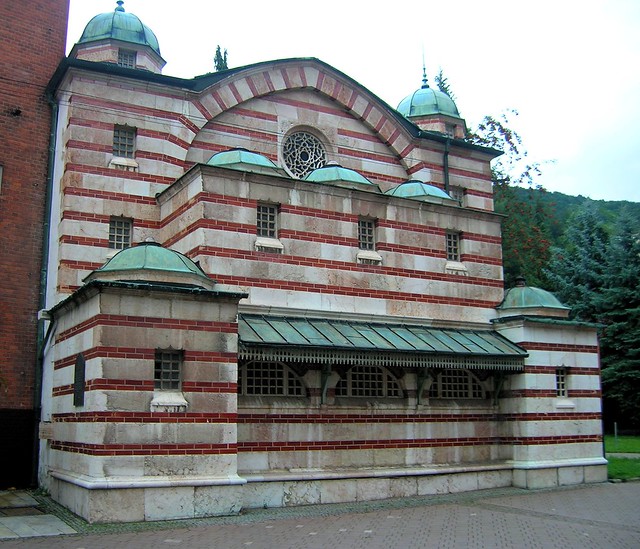 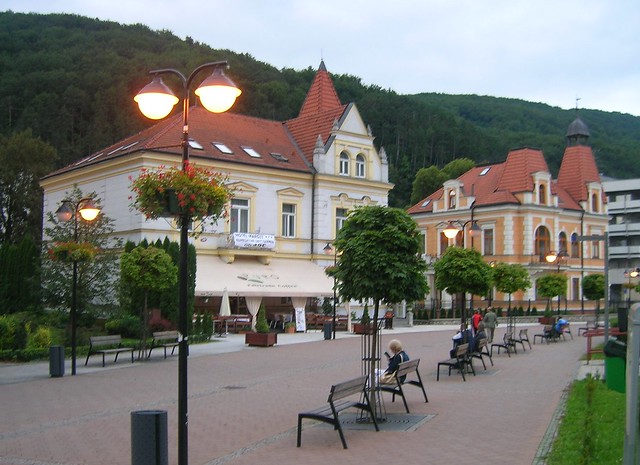 This entry was posted in Bicycle touring, Slovakia and tagged Bratislava, Trenčianske Teplice. Bookmark the permalink.

5 Responses to Finally, the start in Slovakia!