Çay to Ankara.  What a difference from the Antalya to Çay week.  It wasn’t Illinois-flat or even Kansas-flat, but after Çay I definitely left the mountains.  I tried to find the highest mountains out there on the rolling Anatolian Plateau by going over Arayit Dağı and Elma Dağ, but they were the exception and certainly not spectacular.

Any cyclist will tell you it’s a bit crazy to cross the central Anatolian Plateau in summer (it’s not my fault really; blame Antalya).  It’s hot, and there’s no shade.  Really, there are no trees out there.  It’s incredible. 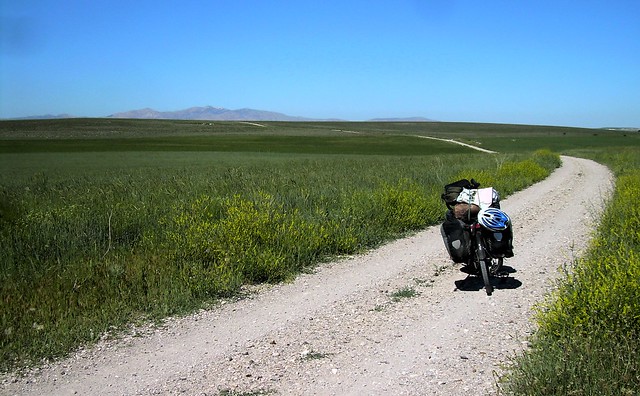 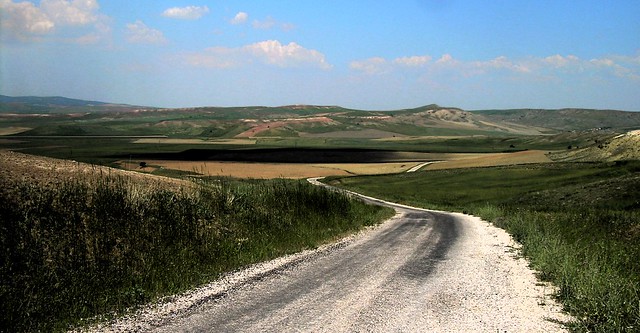 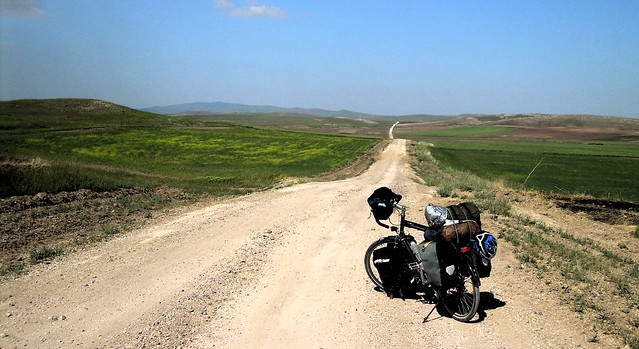 Hot, wicked hot.  35, 36, 37°C.  Mercifully it cooled off at night, but the nights were disappointingly short.  How I wished for more cool darkness when I was at camp.  The sun beats down for over 15 hours/day at this time of year.  One day I found myself sweating at camp at 6:30 in the morning and still sweating at my next camp at 8:30 that evening, 14 hours later!

In the middle of one day I made my own shade and actually fell asleep at this uncomfortable spot. 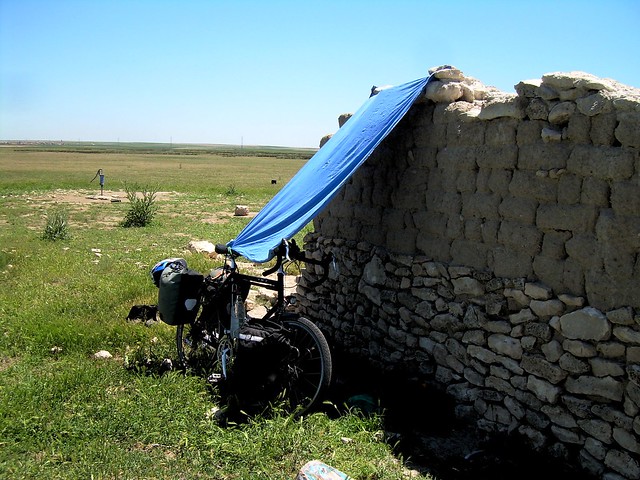 Anneke and Jan from Groningen didn’t seem deterred, however.   They were cheerfully pedalling their way across Anatolia.  I was shocked to hear they left Budapest just five weeks ago and have been on the road 60-70 km/day.  That’s not a particularly fast pace for bicycle touring, but it’s taken me eight times as long to come from Serbia as it took them. 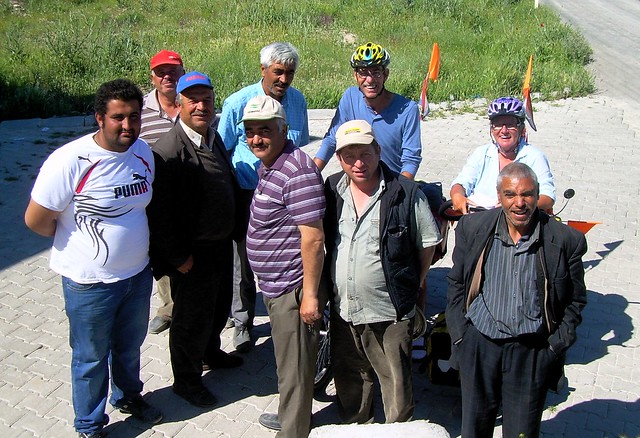 I have now officially been passed by cyclists who left Europe a year after I did.  Hopping from shade to shade and trying to avoid the heat, I guess I’ve been going slowly, very slowly. 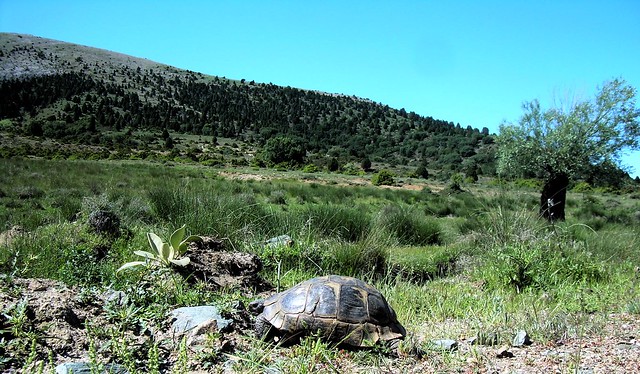 There were a few notable things about this part of Turkey.  One, they grow a lot of onions.  In village after village I’d see and smell piles of rotting onions.  This was last year’s crop, planted in the spring, harvested in the fall, packed in bags ready for market.  But alas, there was no market.  The truckers who used to drive the onions to Syria got shot at and stopped going, clearly hurting Turkey’s onion farmers and also Syria’s onion consumers.  The latter, I imagine, have bigger problems to worry about. 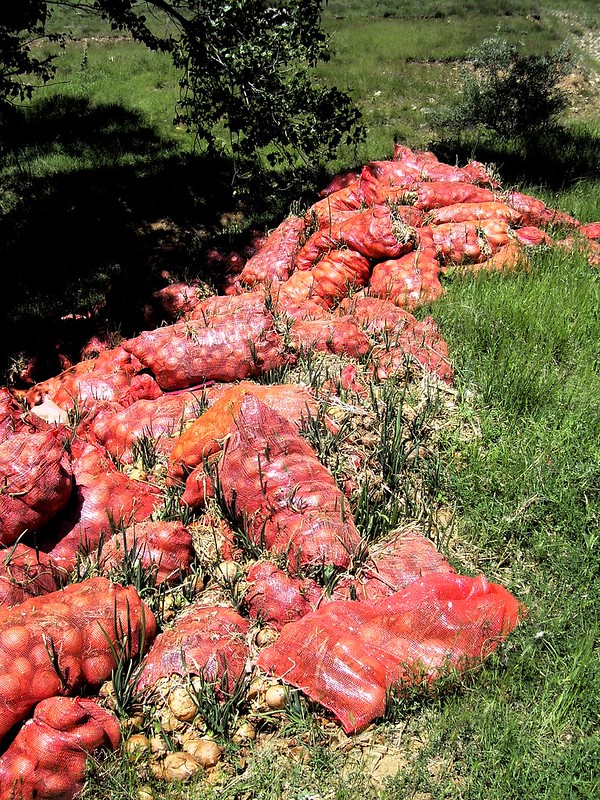 Two, they grow a lot of sugar beets (pancar).  Working the sugar beet fields in the brutal sun looks like horrible work, so hard in fact that the locals go to school instead, use birth control, and get better jobs.  The workers come from Urfa (Şanlıurfa) where couples apparently still have half a dozen kids (or more?) and haul their families around Turkey, doing seasonal agricultural work and living in makeshift camps.  Uff, hard life.

It was somewhat interesting to see the temporary camps set up to next to half-abandoned villages whose previous inhabitants had moved away to the bigger cities.  For a couple days I was calling it the abandoned-sugar-beet-village tour.

Third, finally, and perhaps a bit more uplifting, they grow a lot of poppies.  A significant portion of the world’s morphine originates from this part of Turkey.  Indeed the province (İl) is called Afyon which means opium in Turkish!  I’m not sure if they next two photos are related or not. 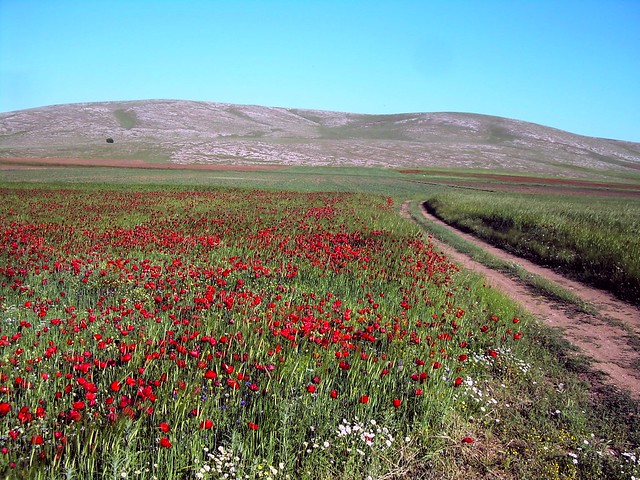 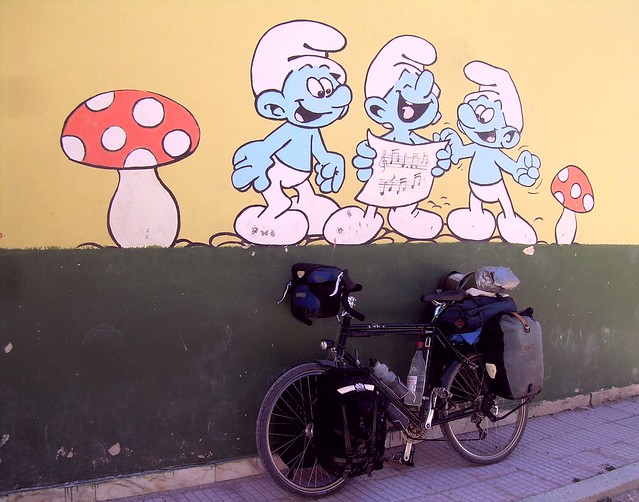 I also saw a sheep butchered on the sidewalk, a sheep sheared in a barn, and am still being treated to wonderful hospitality and tasty meals.  Did I mention the intense rose farming around Eğidir in my last post?  Well, I’m away from those fields, but the rose gardens in Turkey are terrific. 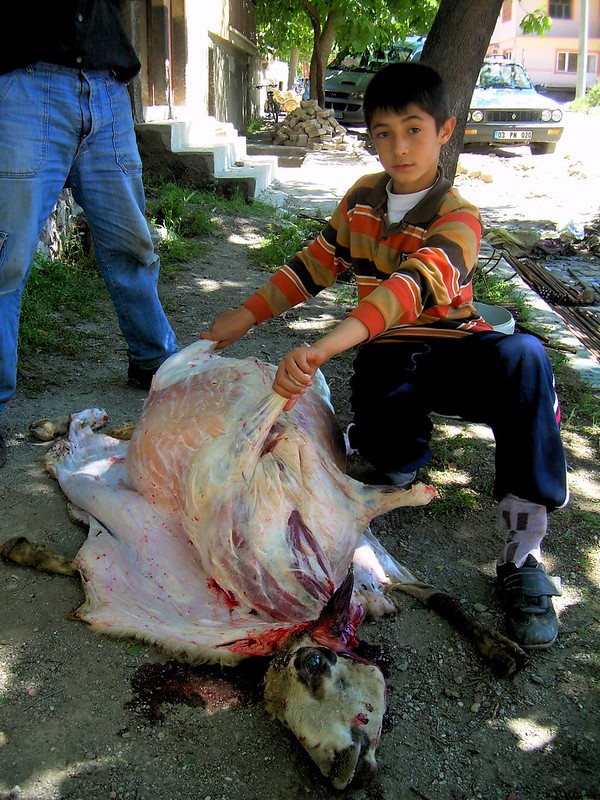 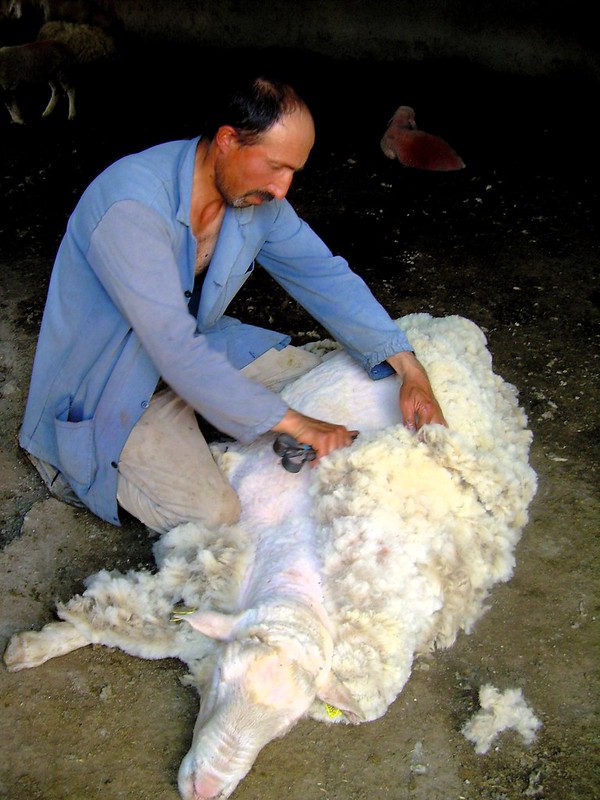 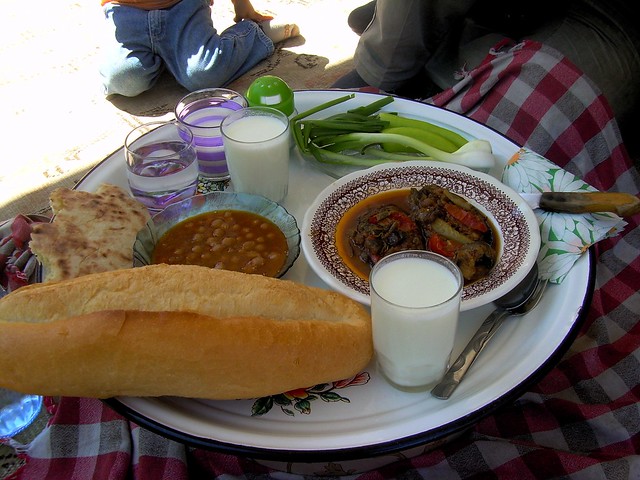 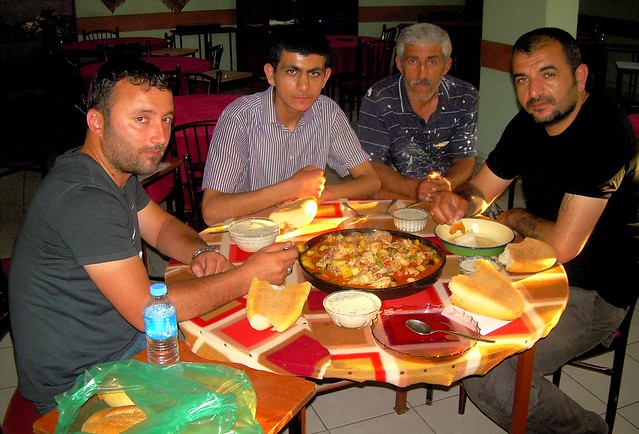 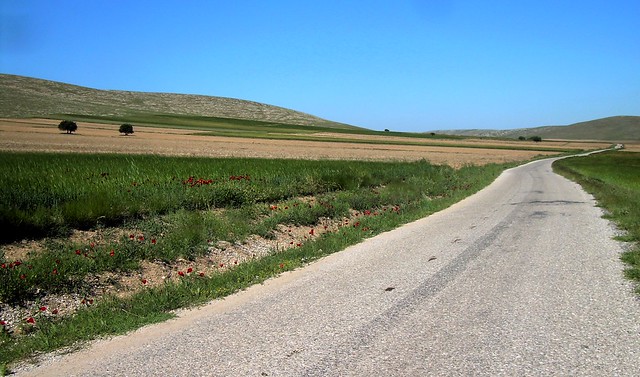 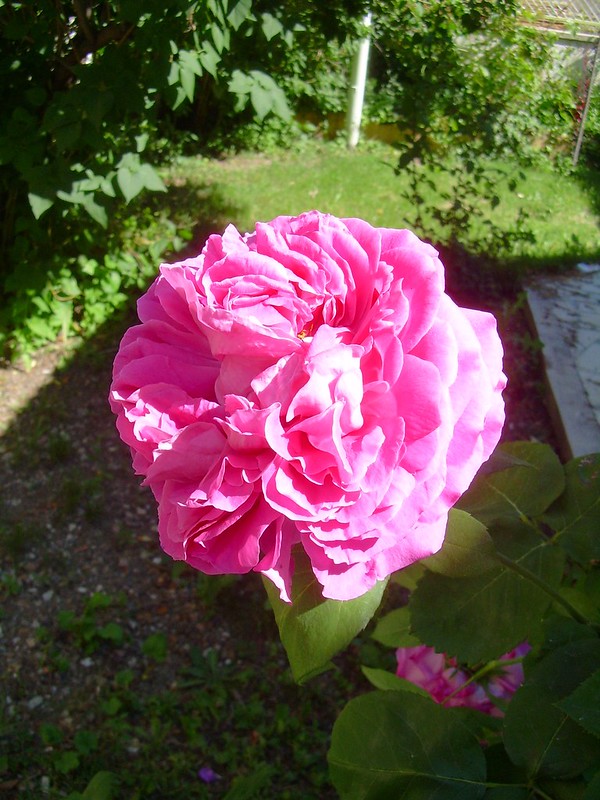 This entry was posted in Bicycle touring, Turkey and tagged Afyon, Ankara, Çay. Bookmark the permalink.

6 Responses to Çay to Ankara, the Central Anatolian Plateau