Antalya to Çay, on the road again

Even the sky was crying when I pedaled out of Antalya late on a Thursday afternoon.  I rode into a headwind and a storm but hardly noticed the weather with all the emotions of leaving.  There was lightning and wind, and I did have the sense to get my tent setup before the two hour deluge.  Wow, in three months that’s perhaps the third time it rained like that in Antalya.  What a time to choose to start a tour!

It is a bit ironic that I spent the best riding months of the year having a most fabulous time in Antalya.  If I’m careful, that just might happen again.

Back to life on the road.  I’m slowly making the adjustment.  Navigation, however, has been easy.  I know it’s possible to find bad roads to cycle in Turkey.  So many cyclists choose bad roads into Istanbul that travellingtwo described an alternative.  But, really, I’m not sure that I know of an easier country for finding fantastic back roads with so little traffic.

Consider this, a day out of Antalya: 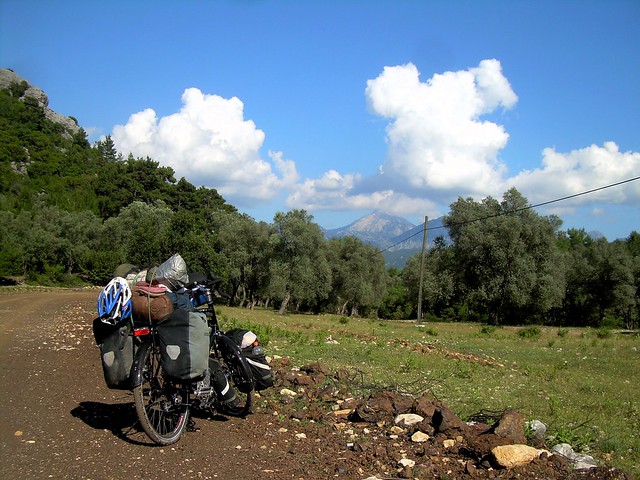 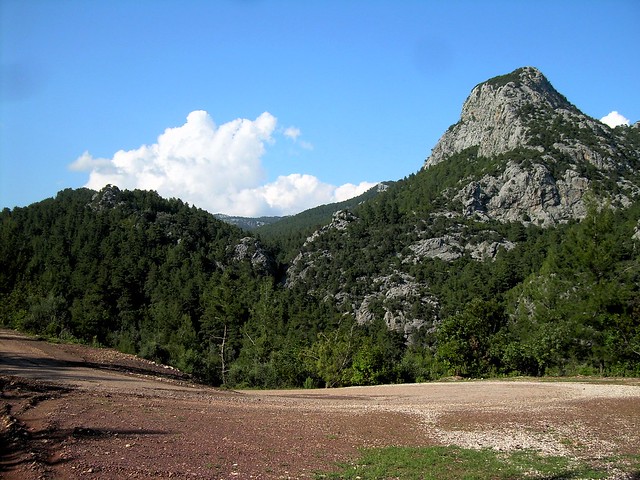 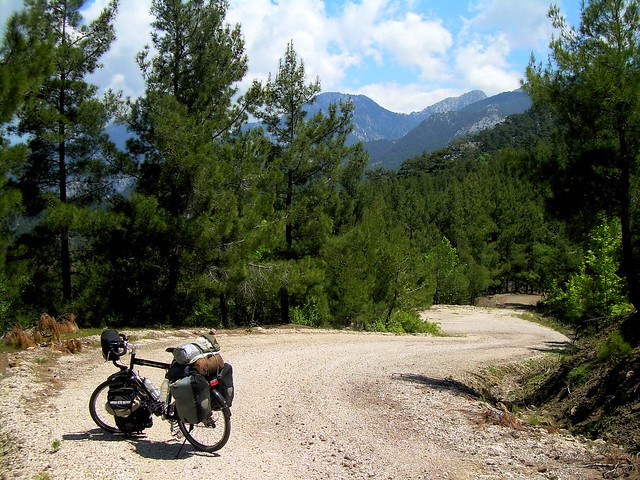 I started by heading east out of Antalya and then turned north through Gebiz.  Since then, I’ve just been pushing north, mountains be damned!  Actually, of course, I’m aiming for the mountains.  It just so happens that there’s always another range to the north.  I even managed to find a 2200m pass before descending to Çay this morning.  That’s exactly the kind of thing that Kurt and I were working so hard to avoid in February.

Certainly this area was under snow 3 months ago: 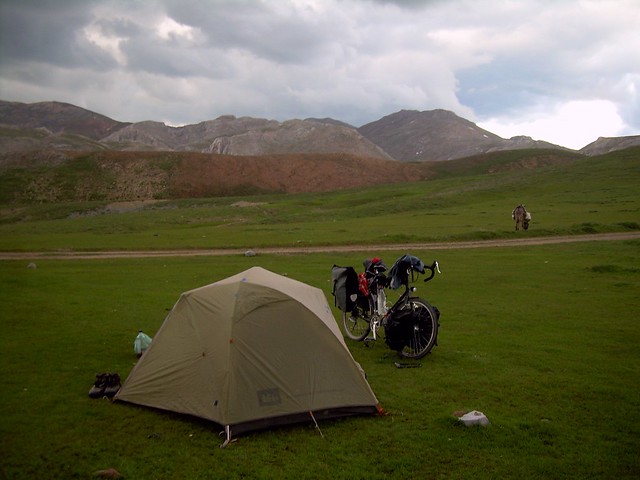 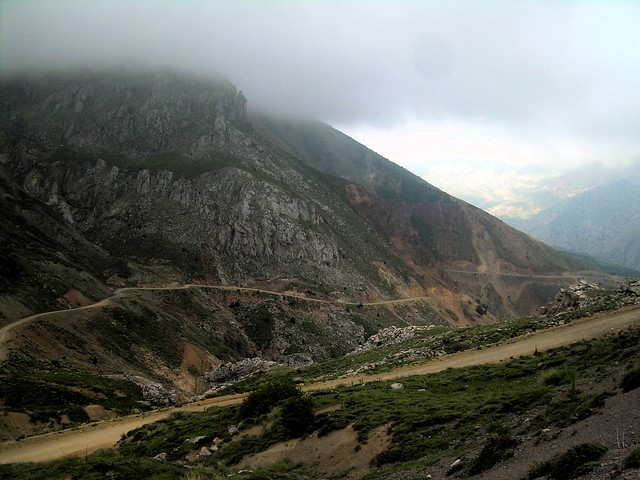 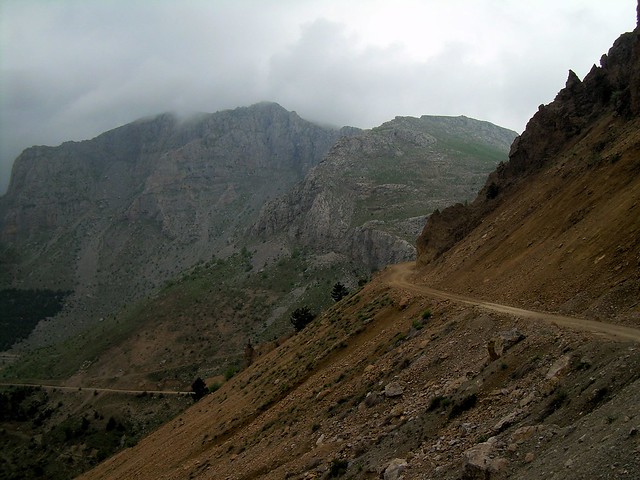 So, Turkey has great roads, but I’m also loving my interactions taking advantage of my newly acquired language skills.  I don’t think a day has gone by without an offer of tea.  Bayram and his buddies called me over for tea, and it turned into a complete lunch with grilled eggplant and peppers, yufka, cheese, cucumber, and tomatoes.  The 80-year-old (in the right of the photo) was asleep by the time I left! 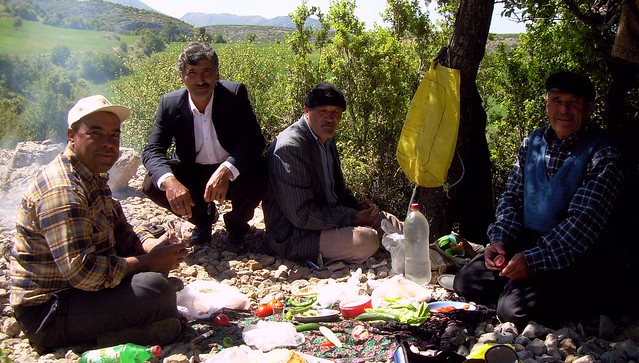 We talked about politics, cows, the USA, villages, and after lunch even got into religion.  I found myself trying to explain atheism, the meaning of life, and nature vis-à-vis spirituality in Turkish.  Bahhahaha!!!

With these farmers near Sorkuncak, however: 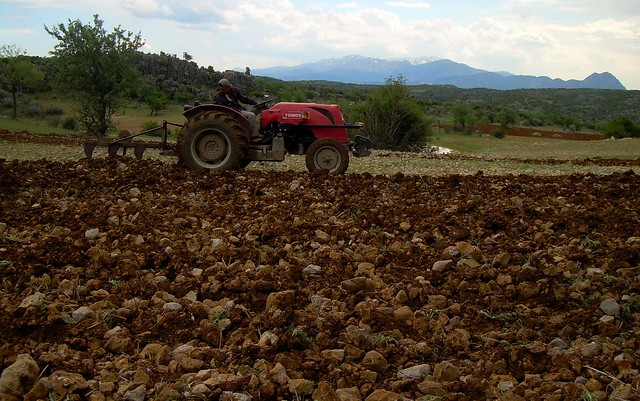 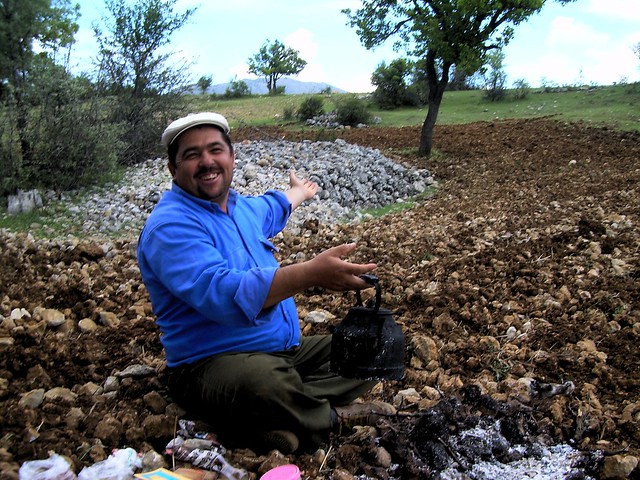 I kept coming back to the topic of how many rocks were in their field.  I mean, you can’t really expect anything to grow there, can you?  They had wheat in this field a couple years ago but let it lie fallow for a bit because, well, you can only squeeze so much nutrients out of a rock every year.  By the time I was leaving (after tea and biscuits), he was joking that they’ll probably grow rocks this time. 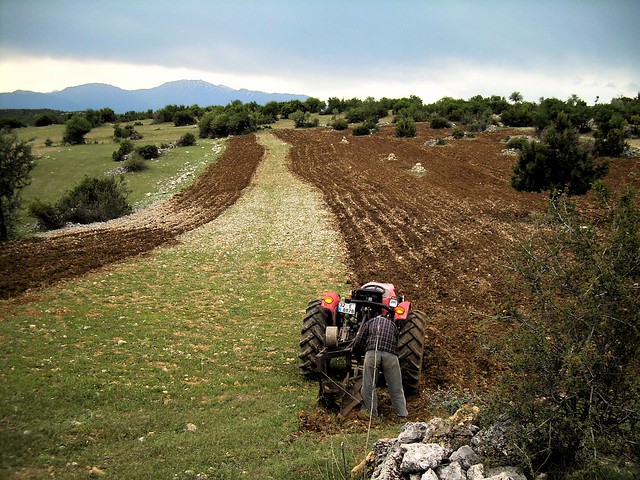 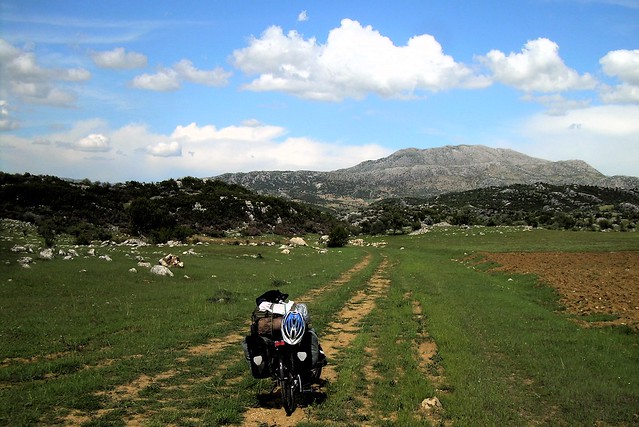 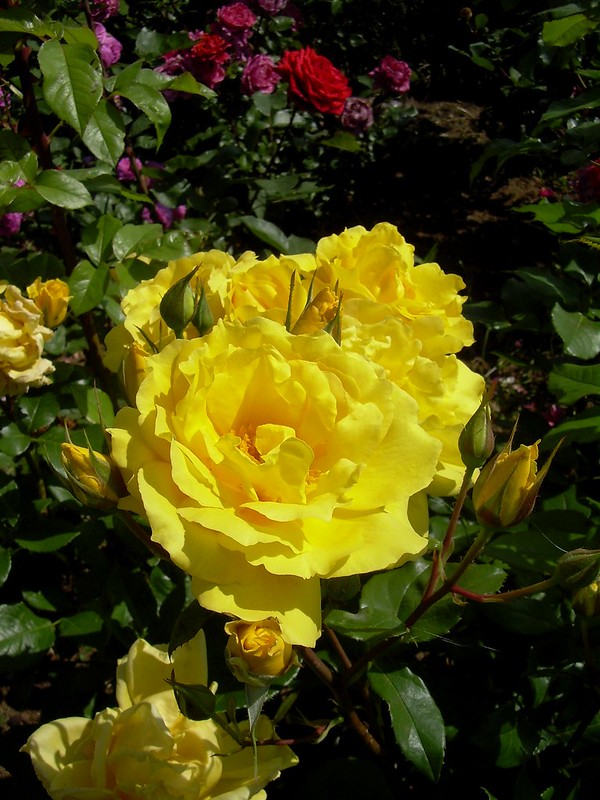 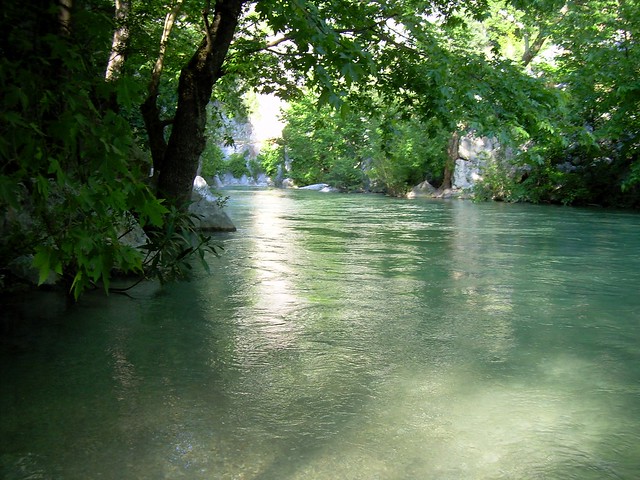 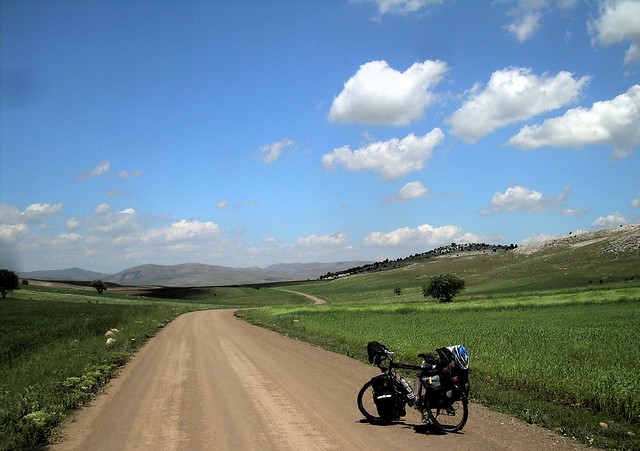 8 Responses to Antalya to Çay, on the road again