One more tour through Artvin and a quick rest with Ferda in Olimpos.  That was the last of my plans for Turkey.  I estimated three days from Kemalpaşa to Meydancık, not realizing just how big the climbs were.  Aren’t I used to these mountains by now?  Day 1 was a tiring 900m steeply up from sea level.  Day 2 — 1700m, and day 3 — 1800m.  Seriously?!  That kind of itinerary is possible, but not for me, not on a heavy touring bike, not so quickly. 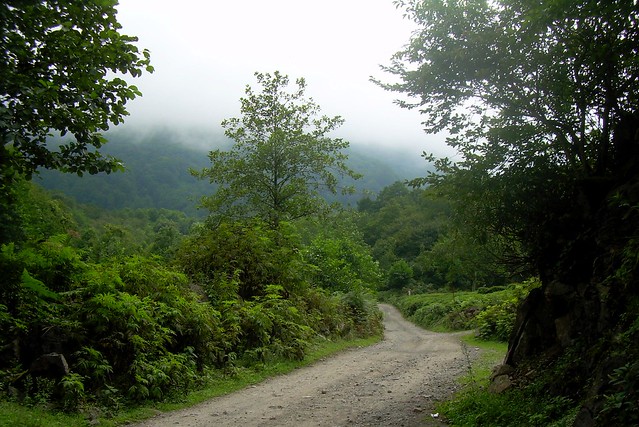 I actually did complete Day 1.  Toward the bottom of the descent I was stopped by the military, supposedly for an immigration check.  The border with Georgia wasn’t far away.  They did look at my Turkish visa.  It had expired 4 months earlier, but that didn’t bother them.  I have an extension, but it’s in another book which they didn’t ask to see.  Sort of odd for “immigration control”.

Further down, winding around yet another reservoir on the lower Çoruh, I stopped to chat with a fellow next to a mosque.  Uff, another why-aren’t-you-Muslim conversation, but first I told him a bit about my trip and what I was up to in Turkey.  Later in the conversation he flat-out told me I was lying.  My Turkish was too good for just being a tourist travelling around.  I must be a secret agent!  James Bond in bike shorts. 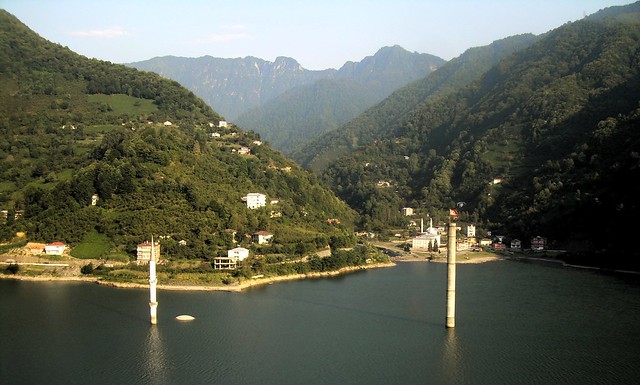 Day 2 — I’m guessing I made it about 1400m up the 1700m climb.  I was in yet another cloud.  All the effort and no views combined with another tiring day was wearing my spirits.  Then I met Doğan, a local forester.  He let me know that the next day would be even harder.  Seriously?!  Aren’t I used to these mountains by now?  We chatted, and at this point — mid-climb, socked in a cloud, it had started to rain — I abandoned the mountains. 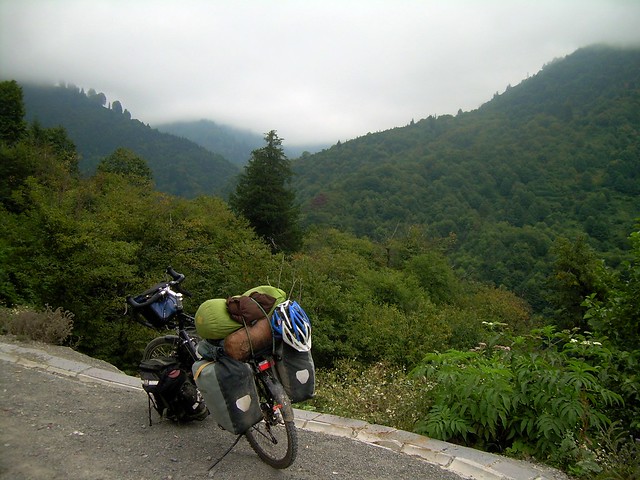 Doğan arranged for me to leave my bike at the forest service office in Borçka, found out there was a 5:30 bus to Rize, and said “enjoy your holiday and say hi to Ferda.”  Rapid decisions and stunning timing; surely my friend at the mosque would be convinced I really was a secret agent.

Olimpos went well, and all is still good on the other side of Turkey. 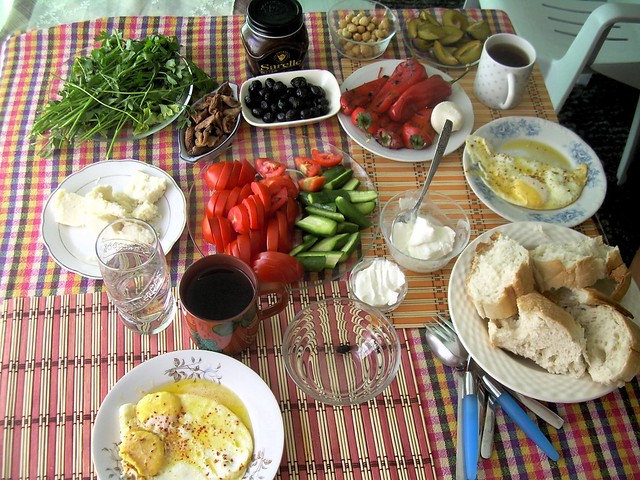 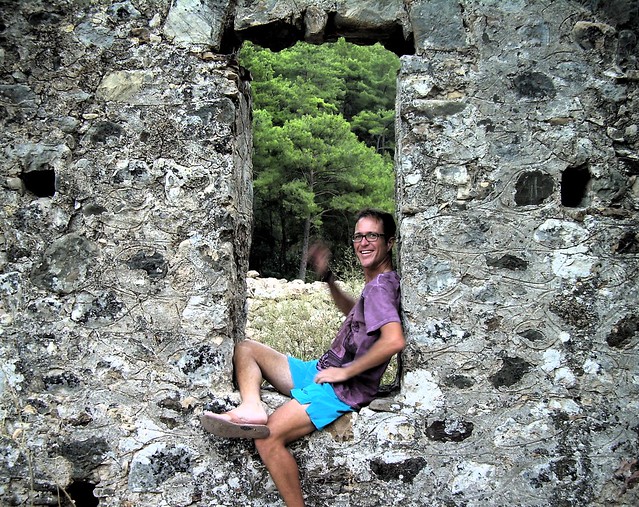 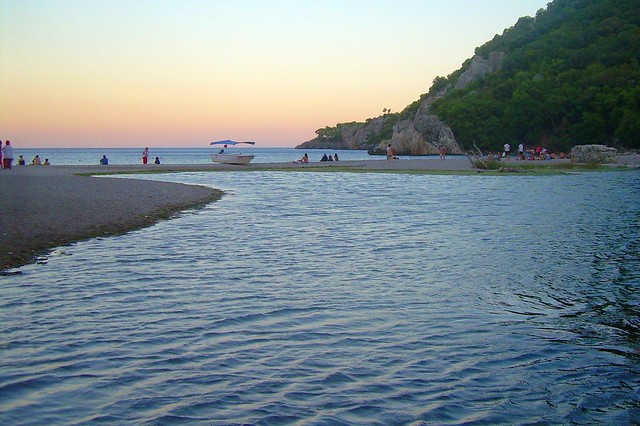 A week or so later I made my way back to Borçka and wandered into the forest service office.  Before I had even stepped in the door, I hear “Bryan, Bryan!  Bryan geldi!”  İbrahim, the guard/receptionist, was announcing my arrival to anyone within earshot!  Doğan was out, but we chatted on the phone.  I also talked with a forester from Muratlı who gave me the terrific news that the border at Muratlı was open.  This news was quite welcome as all my dilly-dallying left me with a short time not only on my Turkish extended visa but also to get to Tblisi in time to meet my parents.  Going via Muratlı would save an 800m climb!

I rode out of Borçka thinking I’d be in Georgia that afternoon…  Haha, why even bother making plans?  In Muratlı I learned that that border has never been opened.  Problems with the military, those same folks who conducted the “immigration check” the last time I was near here.  Folks in this area definitely don’t seem happy with the military.  Oh well, back over the same climb as Day 1 and Georgia a day later.  It will have to do. 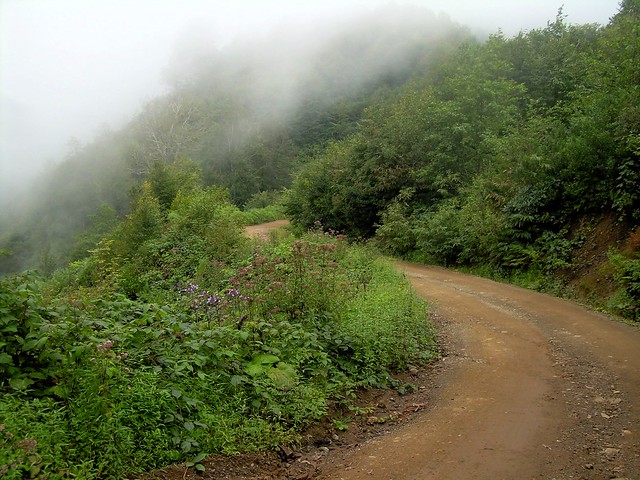 I was near the end of the paved part of the climb when a private car stopped and insisted I turn around.  The military had seen me, called him, and told him to tell me to turn around.  It was forbidden to go this way.  What?  Seriously?  Do you have any idea how far around it is on the other road?  It was a standoff.  I insisted, he insisted.  He showed no id, nor did I.  He threatened me and warned me that the military would come and lock me up.  Bah!  He went down, I continued up.  Pig-headed?

Shortly I came to an intersection.  I think this is the dirt road I want, but I wasn’t sure.  What to do?  With the military in hot pursuit I was slightly panicked.  I took the road and hoped I could confirm my choice with someone, but surely there will be no traffic on this small steep (closed and forbidden?) dirt road.  Two minutes later I hear a car coming down.  Crap, military?  No.  I stop them.  Is this the road to Kemalpaşa?  Bryan?  What, yes?  It’s Doğan!!!  Seriously?  He still has my business card on his dashboard.  We had just spoken on the phone that morning.

I explain my problem with the military.  He’s not totally sure but thinks I can continue.  “Hey, you’re going down, if the military comes up, send me an SMS so I can hide.”  This is the Georgian border, I’m thinking.  Surely they’re not trigger happy here like in Hakkari on the Iraq border where the military recently “accidentally” killed a bunch of smugglers mistaking them for PKK.  Oh my gosh, it’s all starting to feel like a spy novel.  At this point I’m thinking, “man, I’d rather be the agent with the woman than the agent being chased by men with guns.”

With the military after me I decide to climb the entire 800m that night.  It was dark when I made it to the summit.  I camped, descended 900m to the Black Sea in the morning, and entered Georgia that afternoon.  Goodbye, Turkey. 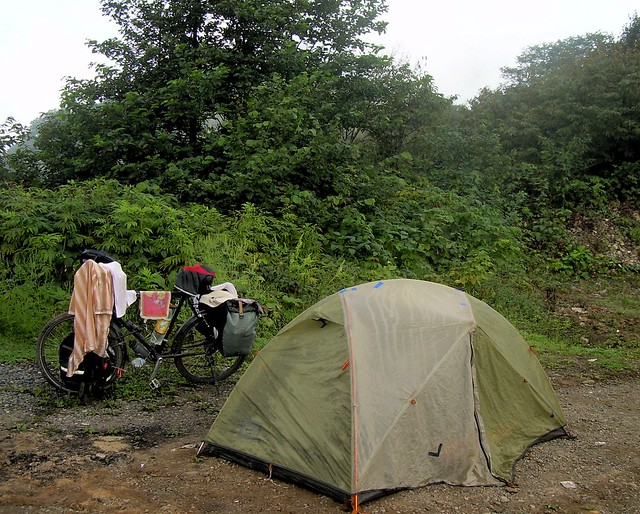 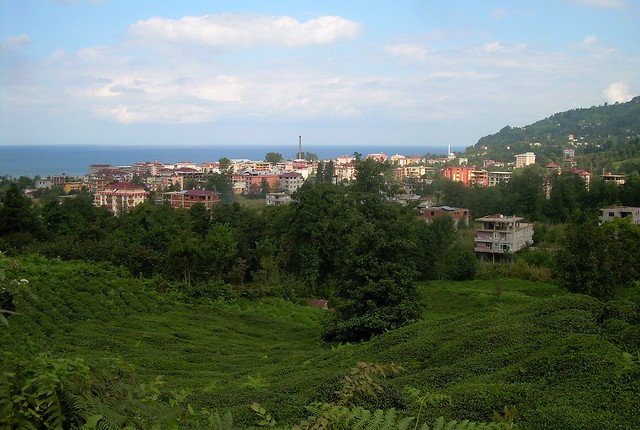 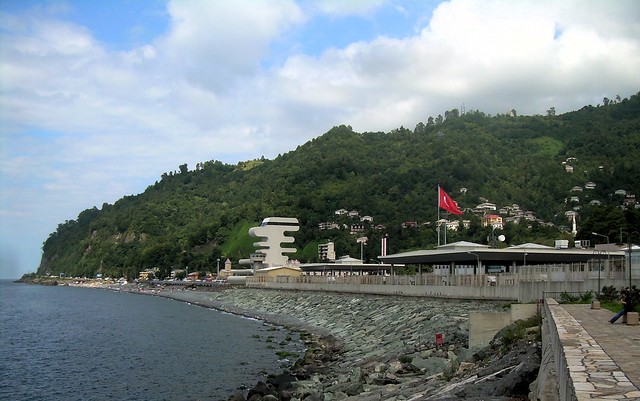 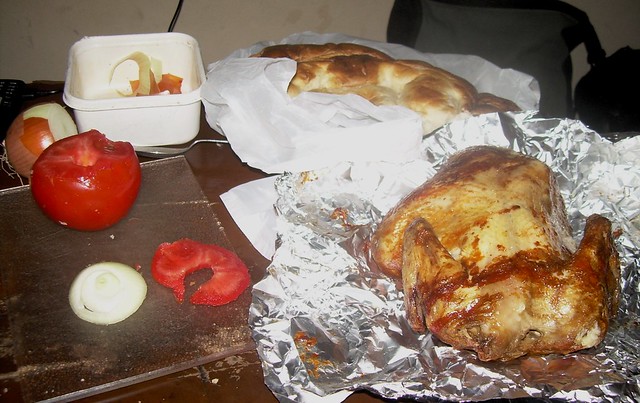 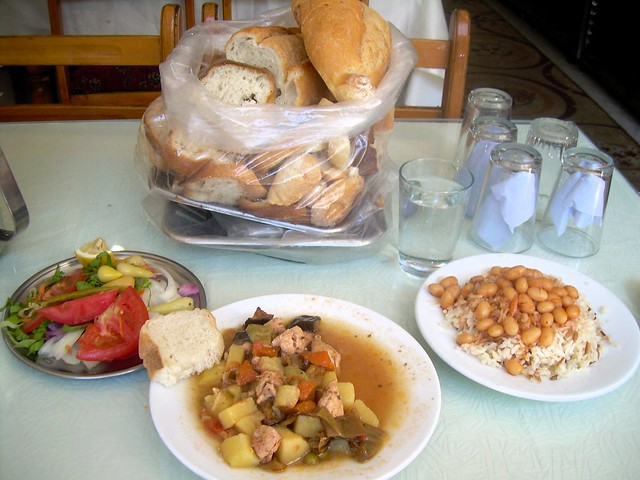 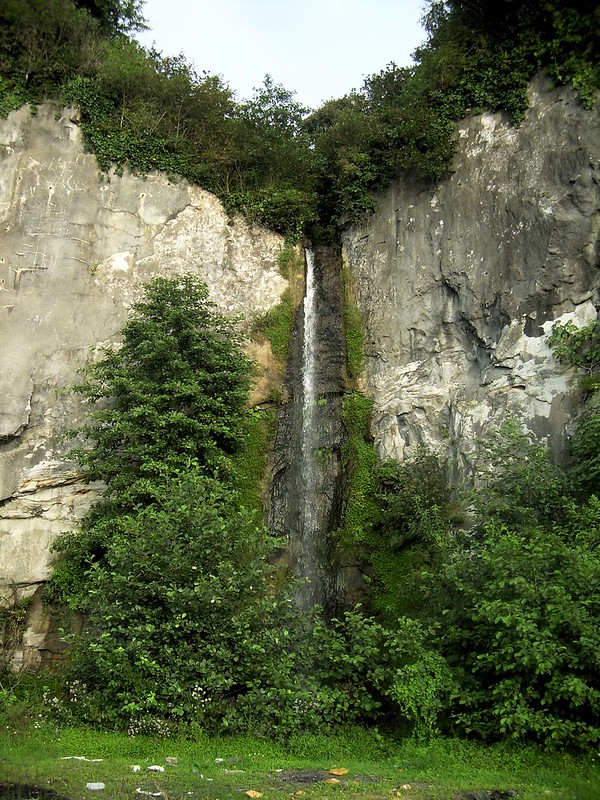