Fall colors, the military again, and rain: a return to Borçka

I left Tbilisi on election day.  The build-up had been somewhat exciting with marches assembling almost daily in the streets below Kris and Kristen’s 11th floor apartment.  It was a polarized campaign, and happily the Georgians pulled it off fairly well from what I’ve been able to understand.  The ruling party’s out.  The billionaire Bidzina Ivanishvili, head of the Georgian Dream coalition, will likely be the next prime minister.  I couldn’t get a photo of him so you’ll have to settle for one of his house:

I chose a six-pass route from Tbilisi to Borçka, starting with a four hour climb right from Kristen and Kris’ house.  It was my first day riding in almost three weeks, and it felt good to be on the bike.  That climb was the longest of the three in Georgia and shorter than any of the three in Turkey.  The Turkish section was the Posof-Meydancık-Camili-Borçka route that I’ve had my eye on for months now.  Oh, what a route.

But first I had a pleasant week-long tour through southern Georgia.  Mostly I was on quiet paved roads, but I did find a less-used back route to the underground city of Vardzia.  The dirt track between Kulalisi and Vachiani gets very little traffic (I saw none).  I camped part way, happy to get my tent up before the rain.  The previous afternoon’s fine dirt track was a quagmire in the morning.  I pushed/walked/cursed the rest of the way to Vachiani, stopping countless times to clear the mud from the fenders. 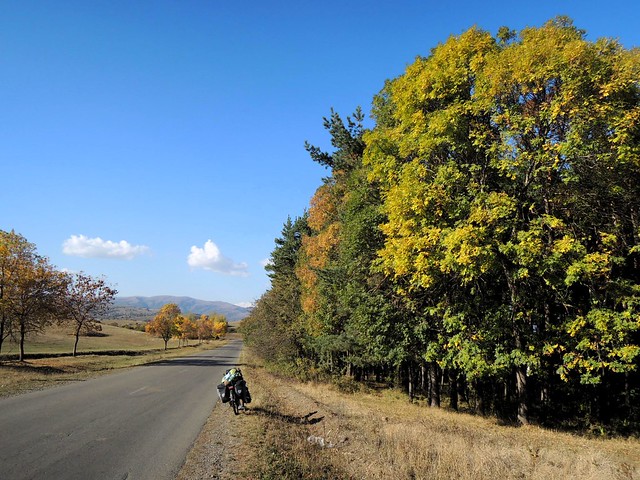 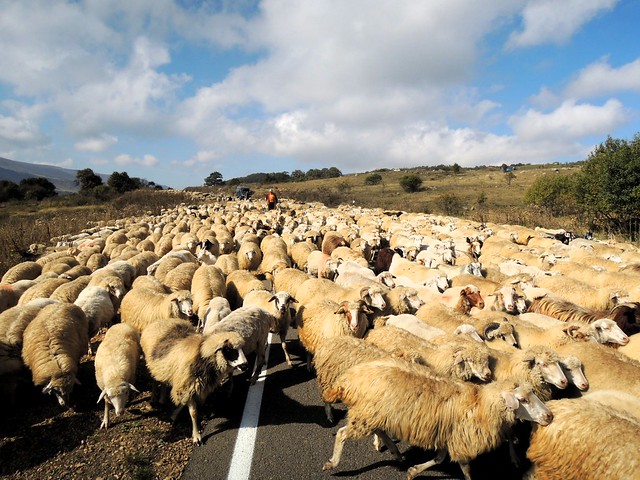 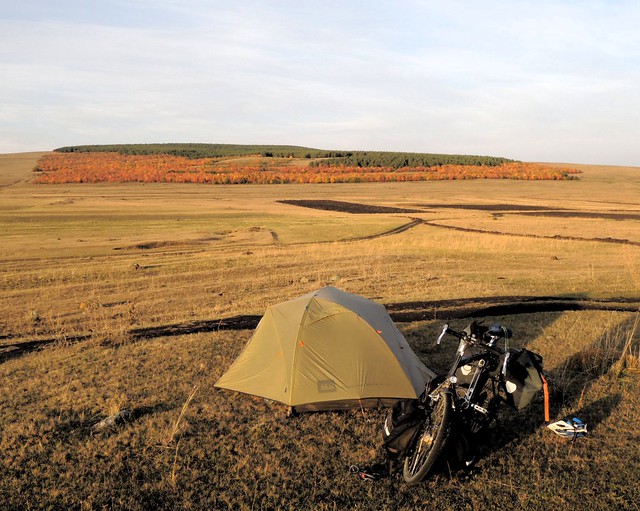 Vardzia is a bit reminiscent of Cappadocia (though it’s been years since I’ve been there).  The most interesting thing I learned is that the whole city/monastery used to be underground.  The only reason any of it is exposed is because an earthquake in the 20th century took down the side of the mountain.  Well, that’s the story I heard.  Wikipedia makes no mention of this — someone ought to add it; feel free to reference this blog!!!  Unlike Wikipedia I am not so constrained by facts. 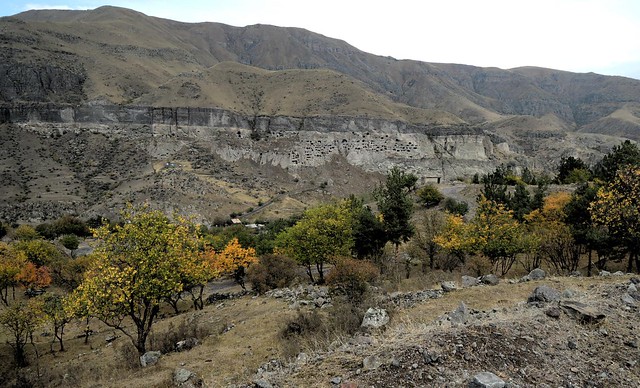 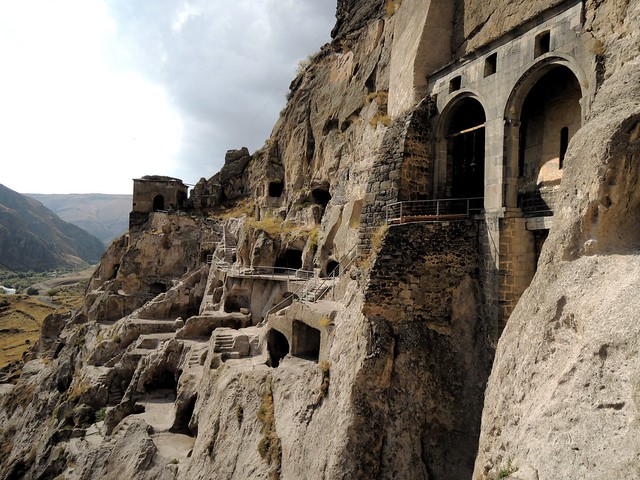 In Ninotsminda I caught up with Kris who was showing his DC colleague, Jessica, some of the Peace Corps projects in the area.  I also met three new volunteers and two of the Georgian staff based in Tbilisi. 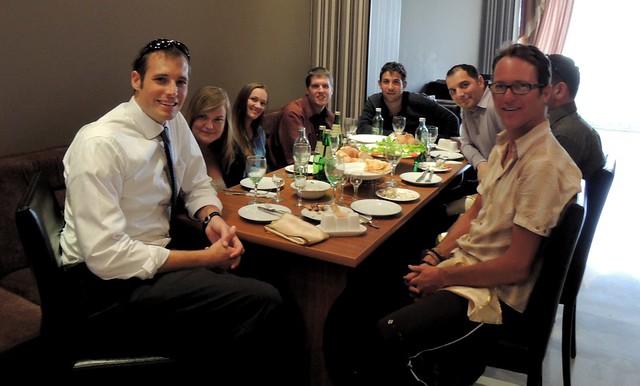 In this area (from Tikmatashi Pass to Akhaltsikhe), by the way, they speak Armenian.  The first two days out of Tbilisi I kept running into Azeris and was able to converse with them in Turkish.  The Armenians, however, aren’t so fond of Turkish so I stuck with my pidgin Russian asking for things like hleb and pivo.  Struggling to get some basil in Ninotsminda, I tried “rayhan“, one of the two words I know for that in Turkish.  I’m sure you’ll be excited to know that not only is fresh basil inexpensively available in the Ninotsminda bazaar but also Turkish and Georgian share the same word for basil. 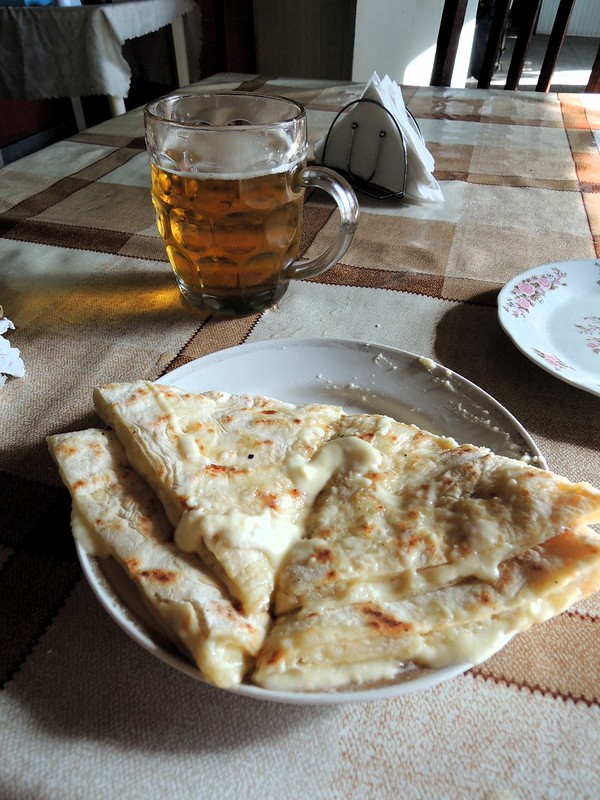 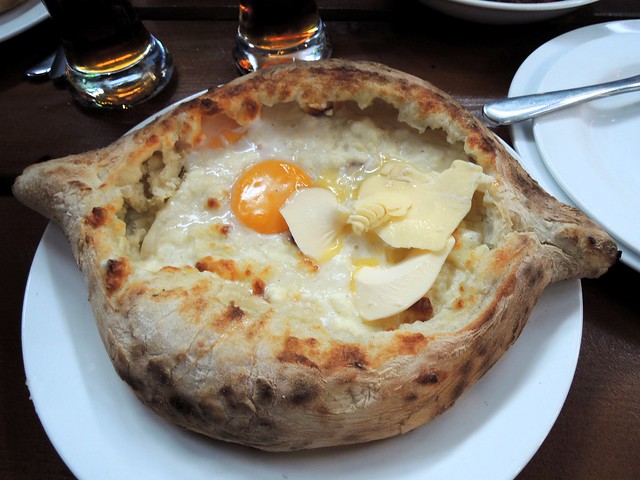 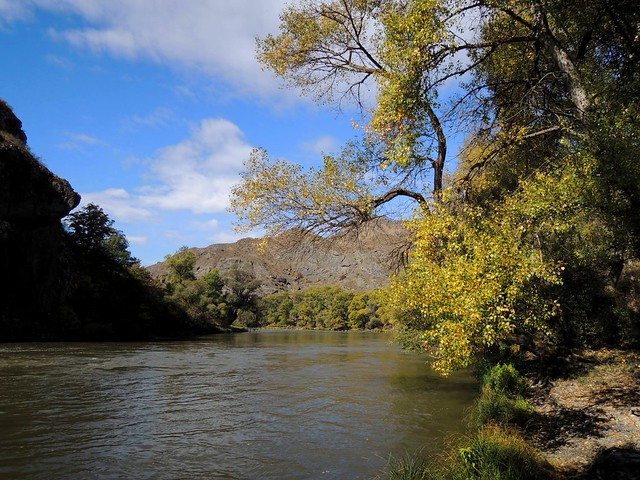 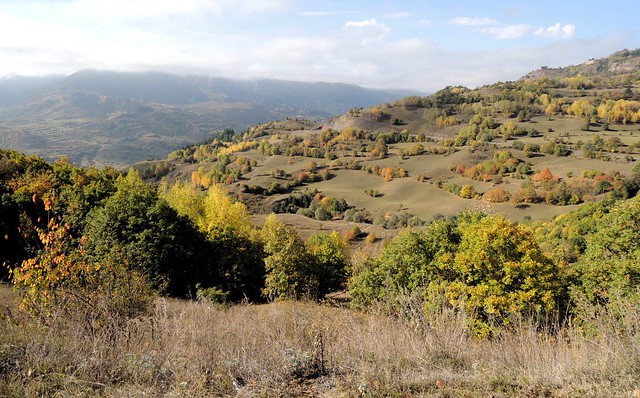 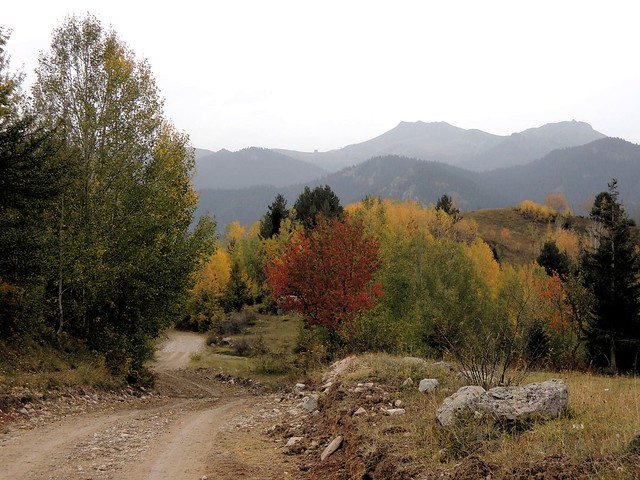 In Turkey, continuing where I left off a month ago, I was back in asker country.  The military seems quite paranoid about the Georgian border.  In a week I had four interactions with the military, one expected, two fine; two others, well, interesting.  The first, crossing the border at Posof, went well.  In spite of my long stay earlier in the year, I was able to get another three-month tourist visa, just like the police said I would.  Nice. 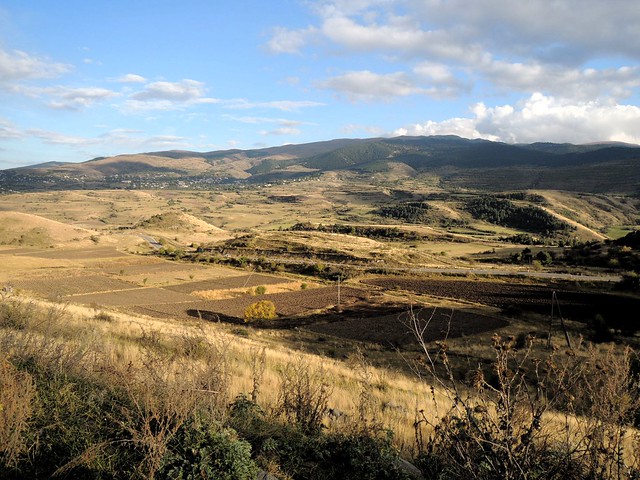 From Posof, actually from Akhaltsikhe, I climbed and climbed and climbed, eventually gaining the pass above Kolköy and Demirkapı at about 2600m (and about 500m from the Georgian border).  It was long, easy, and beautiful.  In Demirkapı thankfully I was given permission to ride this road ex post facto.  What were they going to do?  Send me back somewhere where I wasn’t supposed to be anyway?  Odd. 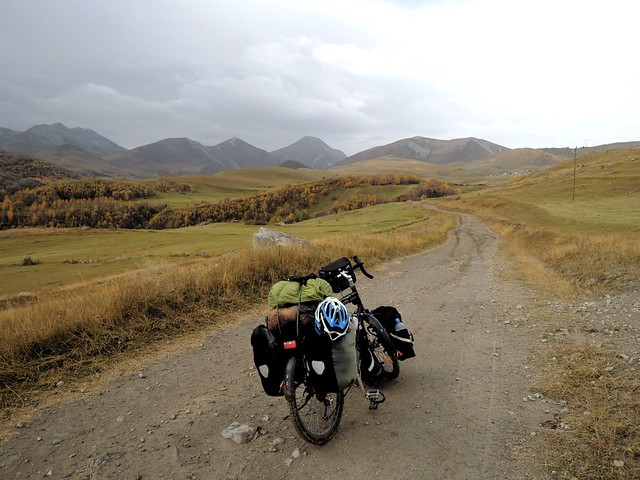 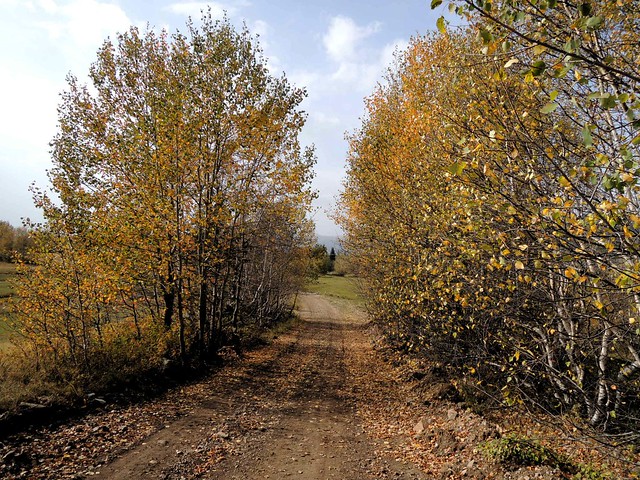 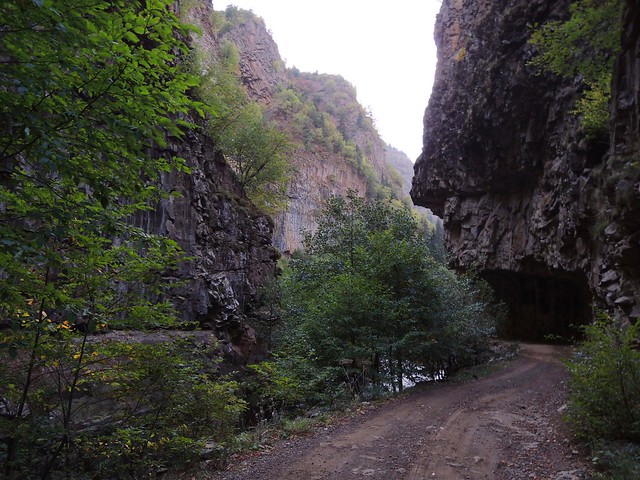 The next pass was even stranger.  Climbing above Meydancık and Taşköprü the military stopped me and asked a few questions.  On they let me go.  The ride was beautiful, up through a yayla to 2300m (and also about 500m from the Georgian border).  Two days later on the other side of the pass in Camili, they actually kicked me out of town, saying foreigners weren’t allowed this close to the Georgian border.  It’s a bit ironic because I was leaving anyway and they insisted on sending me “back to Borçka” (“Borçka’ya dönmek lazım“) which was the way I was going, not where I was coming from.  Odd. 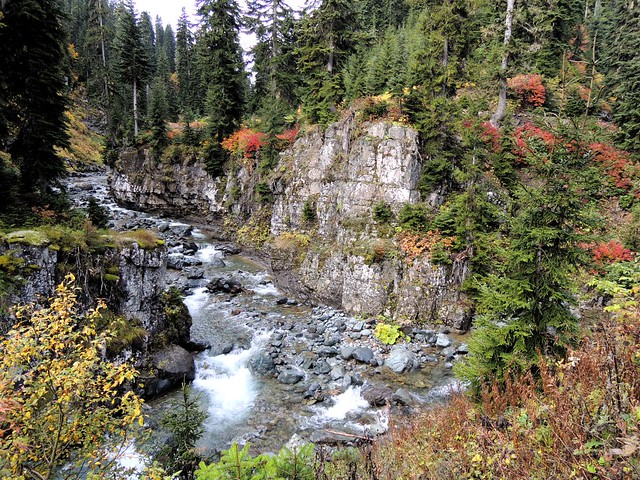 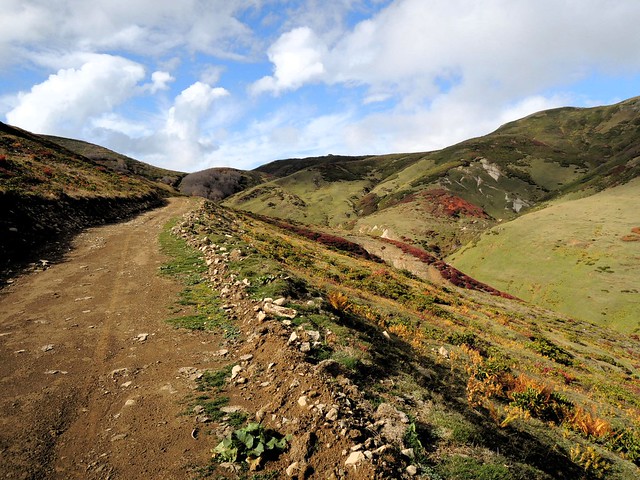 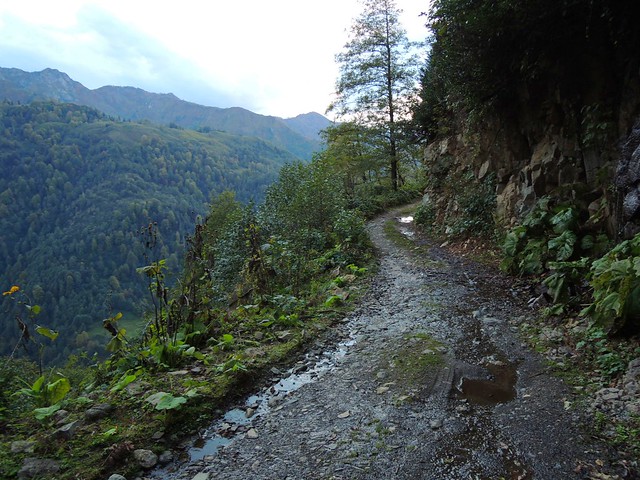 Another theme of this entire ride from Tbilisi to Borçka is rain.  I think it rained every day.  It came to a head on the last pass, the paved road between Camili and Borçka.  From Camili it’s 1400m up and 1700m down to Borçka (and gets within 300m of the Georgian border, but no one seems to care on this road).  Mostly paved, no problem.  As it was getting dark, I was nearing the pass.  I camped on a bend in the road behind a gravel pile.  In retrospect my choice of campsites could have been much worse, but when I woke up to find the entire floor of my tent undulating on the water, I wasn’t pleased.  Plus my feet were cold.  It was, perhaps, the biggest storm I’ve ever camped in.

For a rainy part of the world this storm was exceptional.  Landslides closed the Hopa-Borçka road.  Small ones covered large sections of the road I descended.  A landslide knocked out the water supply for the town of Borçka, leaving them without water for about 36 hours.  Water poured down everywhere into raging swollen creeks with no banks.  It was an incredible sight.  Large rocks — plenty large to kill a sleeping camper — had come down from the cliffs all over the place, including onto many fine camp spots.   That my spot was on the drop-off side rather than directly under the cliffs was simply luck.  That’s where the hidden flat spot happened to be. 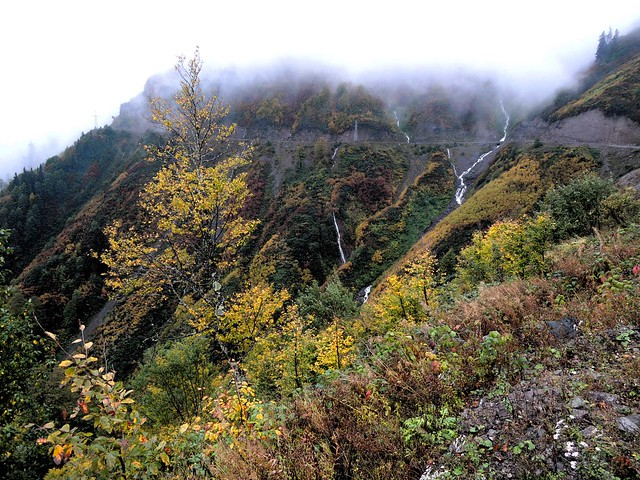 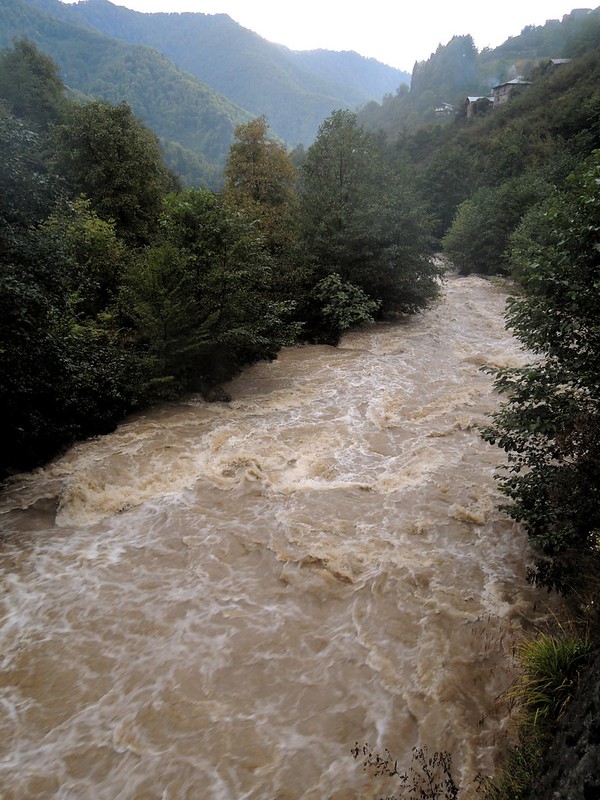 I’m in Borçka, drying out, and as I’ve been writing this blog, the water supply was restored.  Woohoo!  Time for a shower.  Complain about too much water, then complain about no water.  Öyle. 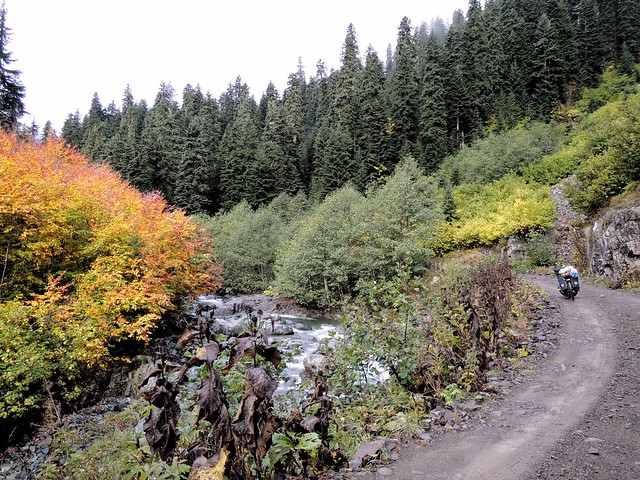 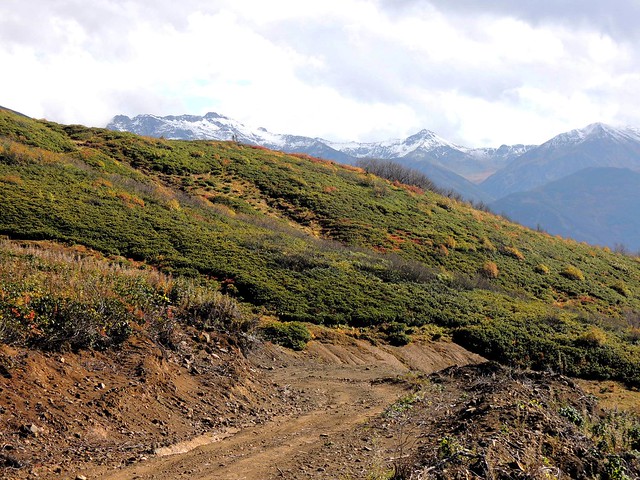 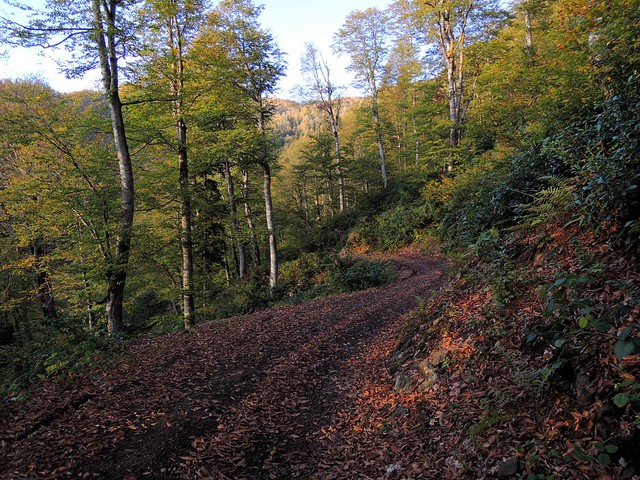 P.S. I enjoyed lunch with this woman: 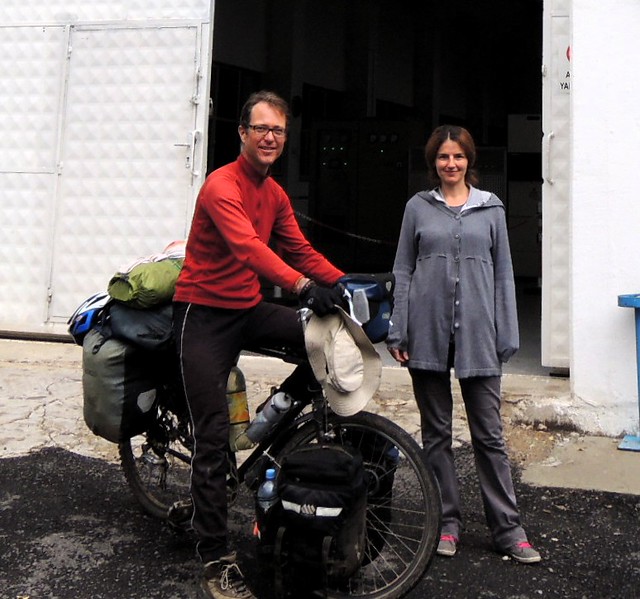 and lunch with a couple guys in this yayla: 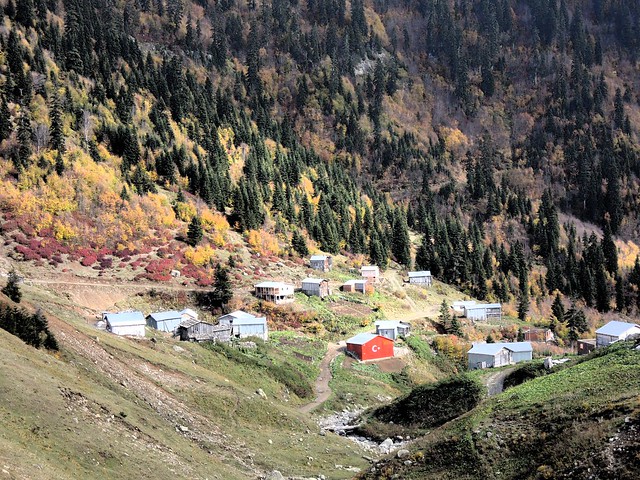 P.P.S. Don’t get used to so much eye candy.  This route was exceptional.

4 Responses to Fall colors, the military again, and rain: a return to Borçka