Auto-touring eastern Georgia with my parents

On my parents’ first day in Georgia we went to the tourist information office in the National Museum in Tbilisi to pick up some maps.  As we were getting ready to leave, a woman walked across the foyer smiling at us, gushing, “oh my gosh, oh my gosh!”  It was Emily who my parents knew from previous travels in Spain. 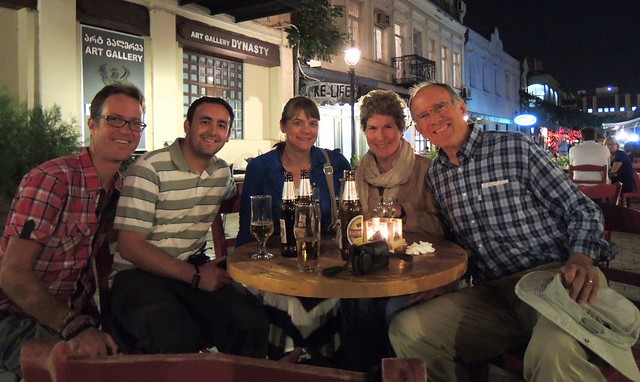 On my parents’ second day in Georgia I joined them for the yummy buffet breakfast at Betsy’s Hotel where they were staying.  Actually I joined them every day, but on the second day a man at the next table stood up and addressed my parents, “hey, I know you two!”  It was Andy who my Mom has known since elementary school, travelling with his friend Shari.

And so it goes.  Small world again.  I thought I might meet Jill, but alas it didn’t work out.

In addition to seeing a bit of Tbilisi, my parents and I made it up to Kazbegi in the Caucasus Mountains and spent some time in the wine country, Kakheti.  Mostly it was about being together and eating and drinking.  We did manage to get out on a few hikes in the mountains, visit more churches than I can count, and learn about traditional Georgian wine making.  We also had plenty of time for yummy food and good wine. 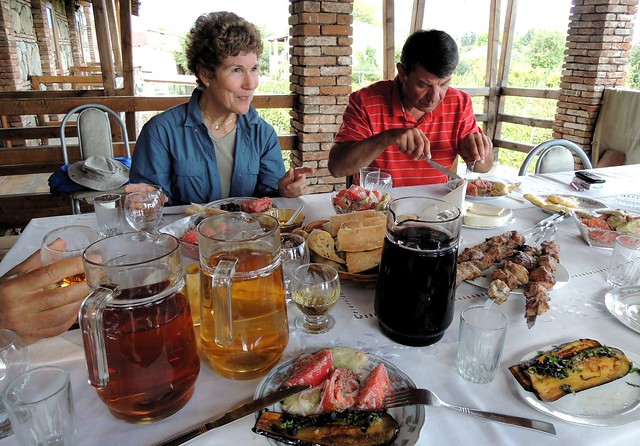 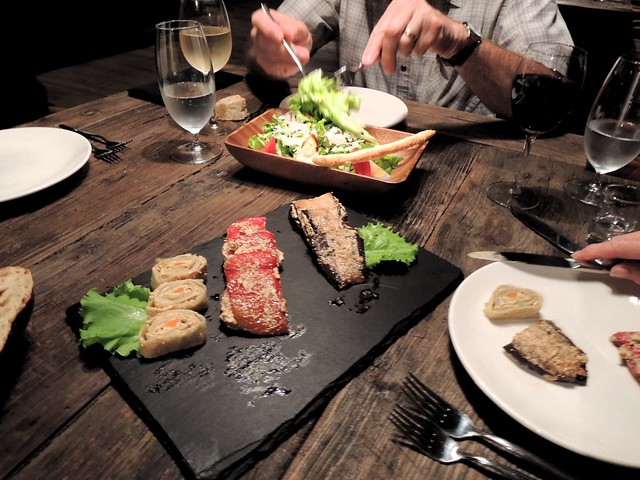 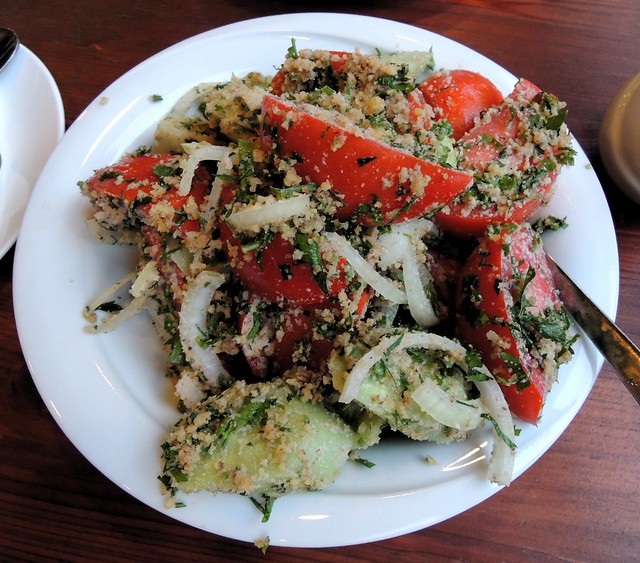 The church at Jvari looks a lot like many others but happens to be a UNESCO World Heritage Site simply because it’s old (6th century?). 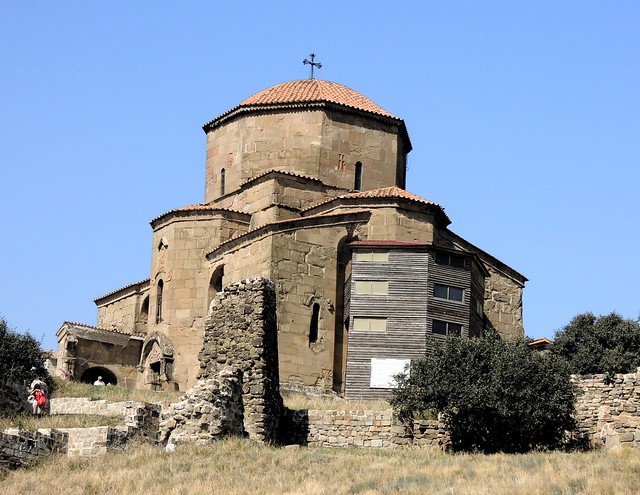 This newer church in Tbilisi had more interesting paintings: 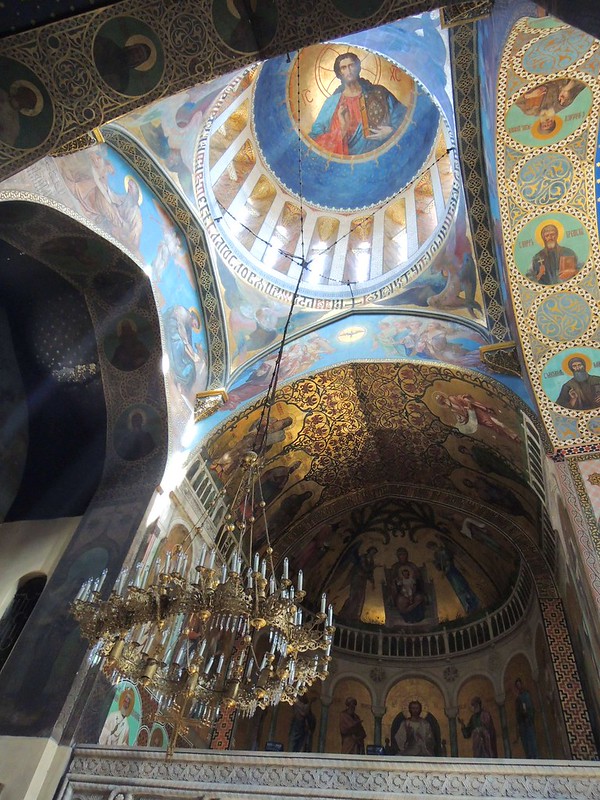 The fortified church at Kvetera set in beautiful forested hills was one of my favourites: 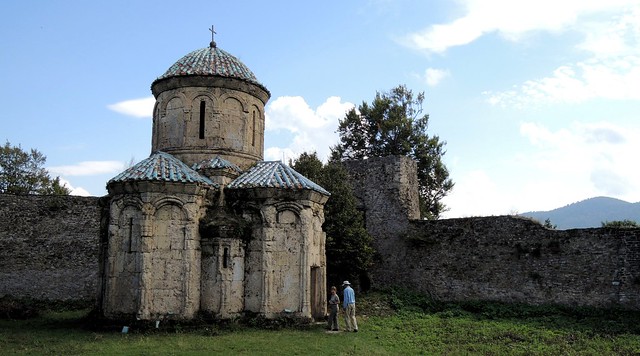 In Tbilisi we made it to a mosque where I was able to have a short conversation with some Azeris (the Azeri language is closely related to Turkish). 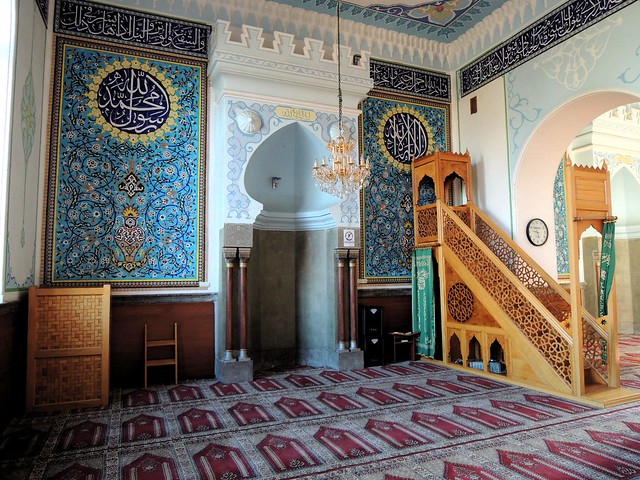 The traditional way to make wine in Georgia involves filling up one of these long wooden troughs with grapes (and stems and leaves and whatever else happens to be attached to the grapes): 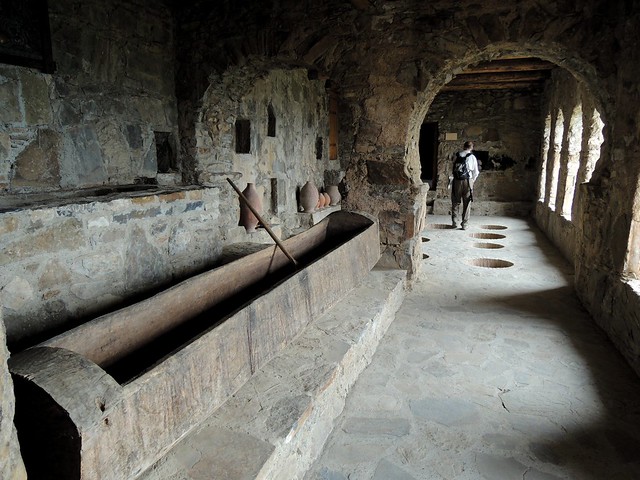 People stomp on the grapes, and the liquid (unfiltered; stems and stuff come too) drains via a smaller trough into one of the holes in the ground in the room at the back of the above photo.

The holes are the top of large clay pots that look like this when they’re above ground: 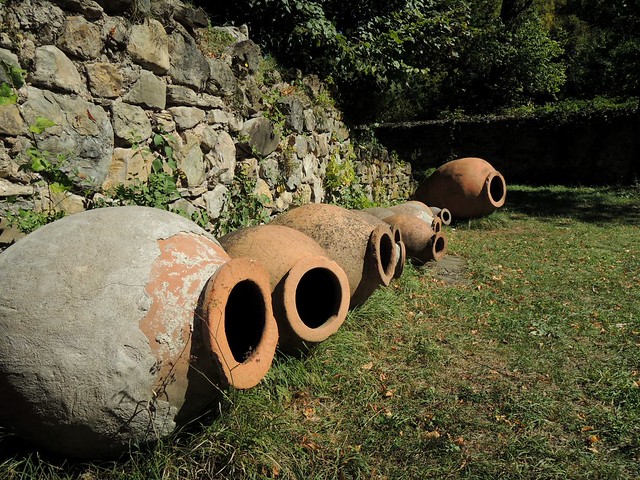 Fermentation happens in the clay pots and during this time the wine goes to the bottom and stems and skins and stuff come to the top.  This detritus is important since it is used later to make chacha, a brandy-type liquor which sells for 5 lari/liter in Kakheti.  The wine is scooped out by hand and bottled, mostly for family consumption.  If you’re lucky enough to live near Kvareli, you might get to store your wine in the world’s largest wine cellar, a 8km long tunnel that’s constantly 15°C: 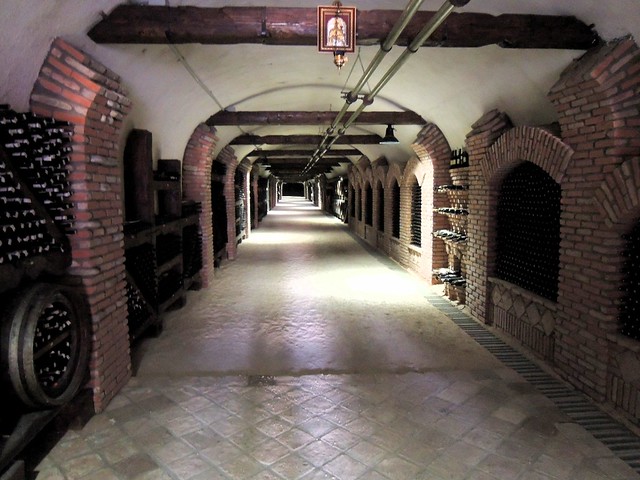 The most popular tourist town in Kakheti is Sighnaghi.  For tourism purposes the Georgian government has done lots of restoration, and in the process apparently the town has lost some of its organic character.  It’s not as bad as Mtskheta, but the town doesn’t feel as lively as it ought to for its size. 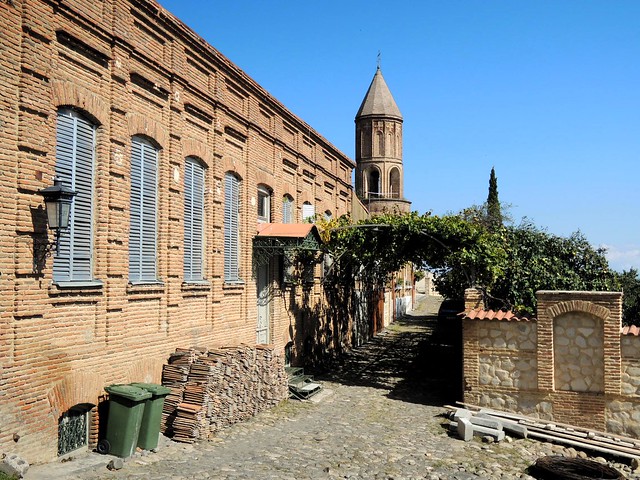 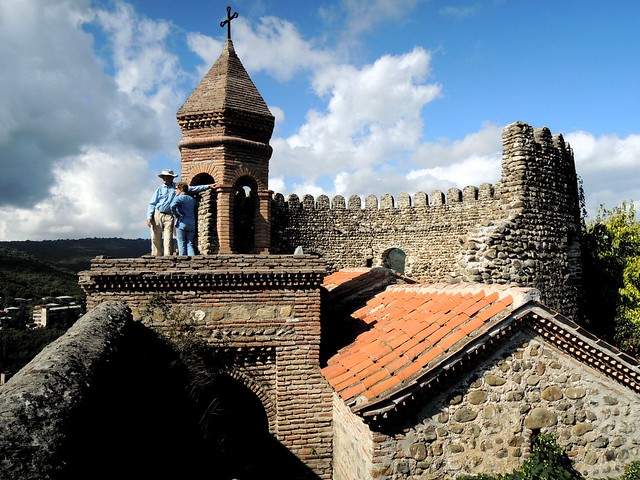 For me the highlight of the tour with my parents was (no surprise here!) the mountains. 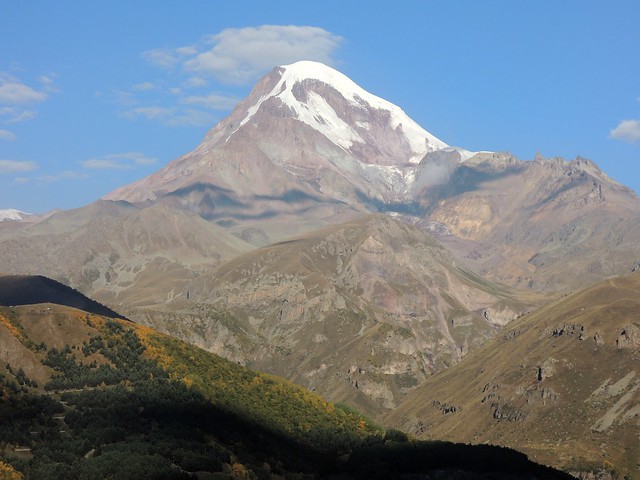 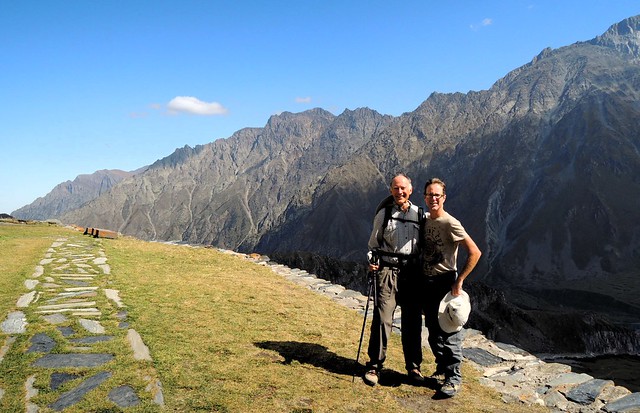 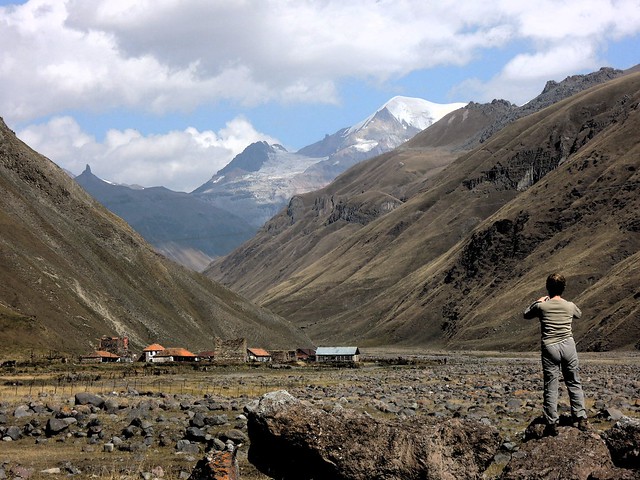 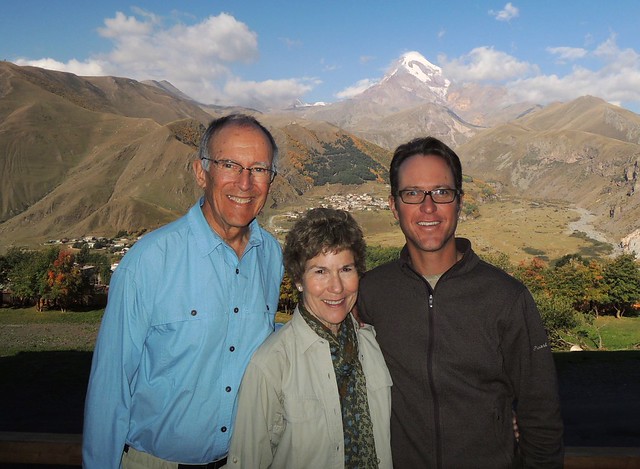 8 Responses to Auto-touring eastern Georgia with my parents