Wendy and I hadn’t actually planned on visiting Morelia. We had decided to spend Christmas in Querétaro. Before leaving Zitácuaro, I asked about buses to Querétaro. Yes, tomorrow morning at 11. Then I double-checked, “are you sure there’s a bus tomorrow? It’s the 24th!” Yes, yes. Trying not to be annoying, I triple-checked. “You realize it’s Christmas Eve tomorrow. Will the bus to Querétaro run?” Of course.

Sure enough, in the morning there were no buses to Querétaro. It was Christmas Eve after all. There was, however, a bus leaving shortly for Morelia so we made the last minute decision to spend Christmas there. I had been to Morelia before and remembered really liking it so I was excited to go back. Wouldn’t it be great to see a couple of the museums that I missed during my first visit to Michoacán’s capital?

I’m sure it would, but that’s not, of course, how things work on a holiday. All museums were closed, but masses were held almost continuously at the cathedral. Wendy and I caught the Christmas Eve posada. Disappointed that no music was involved (and hoping for some during the service), Wendy convinced me to stay another hour for the Catholic mass. Her subtle last-minute technique vaguely reminded me of Ann getting me to stay for a Friday (?) Hanukkah service at a synagogue in Havana a few years ago. I occupied my monkey mind just as I did in Havana — listening intently to the priest’s story — and was happy they didn’t pull any Hebrew (or Latin or Arabic) on me. 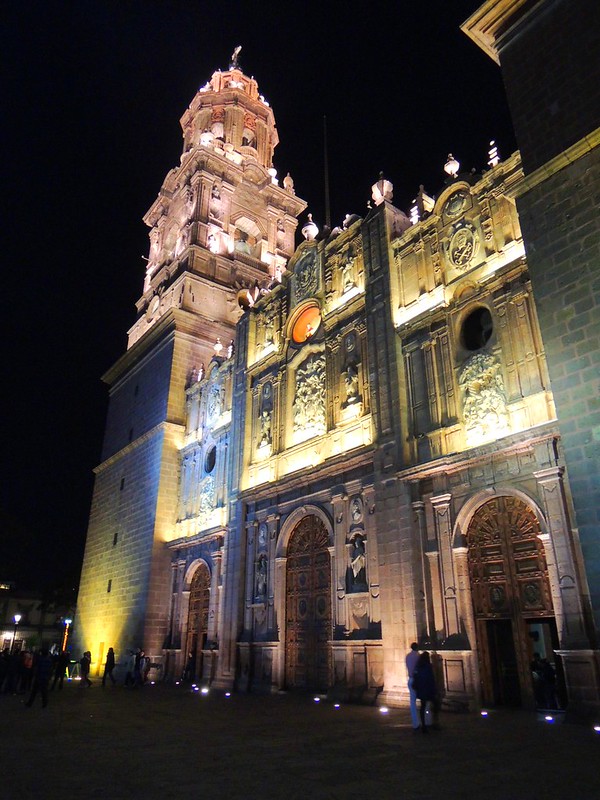 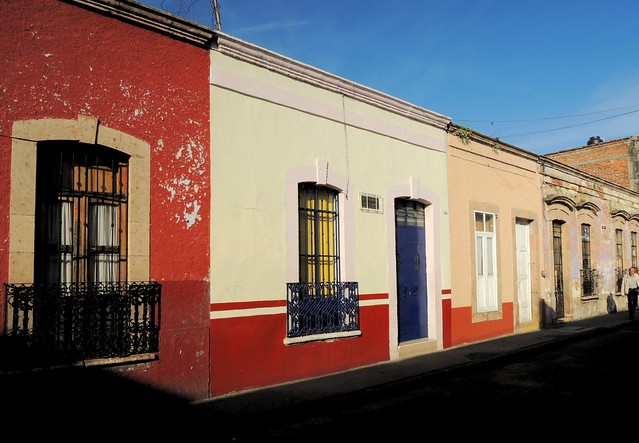 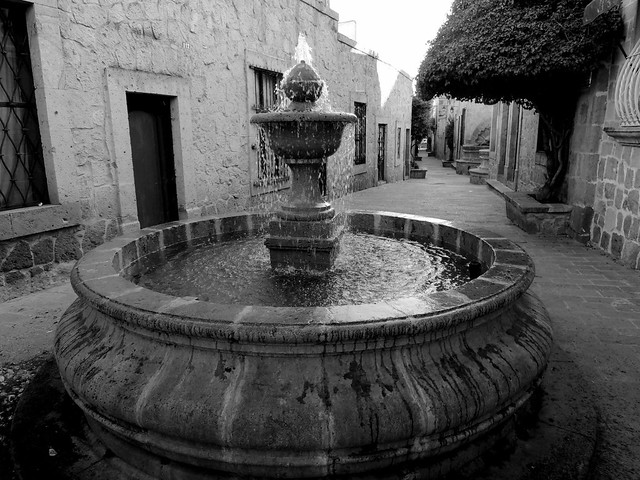 Even with the museums closed there’s enough to occupy tourists for a couple days in Morelia. We enjoyed the wide streets, open plazas, colonial buildings, and statues of topless Tarascan women. Tarascans are the indigenous people from Michoacán. Mexico’s yummy Sopa Azteca (aka tortilla soup) is called Sopa Tarasca in Michoacán! 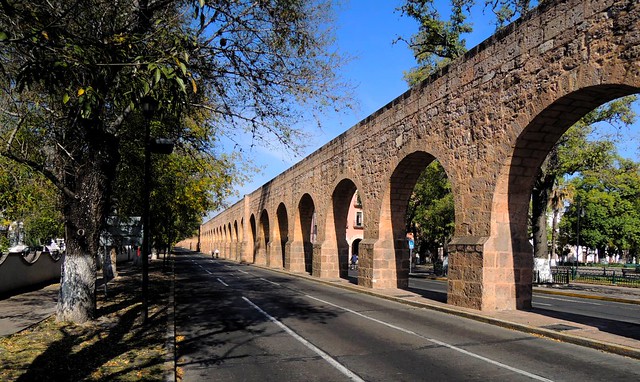 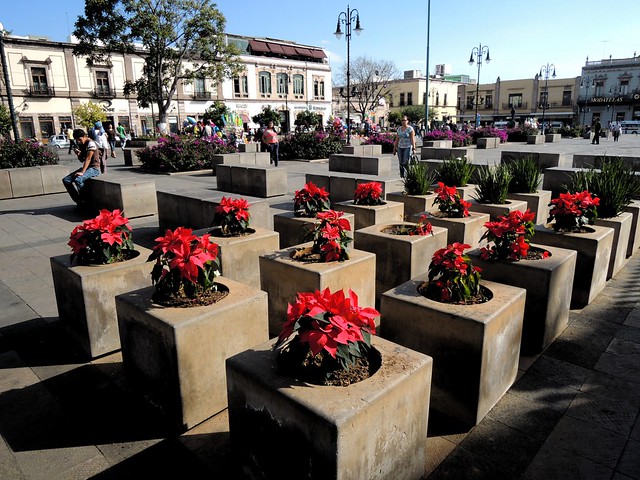 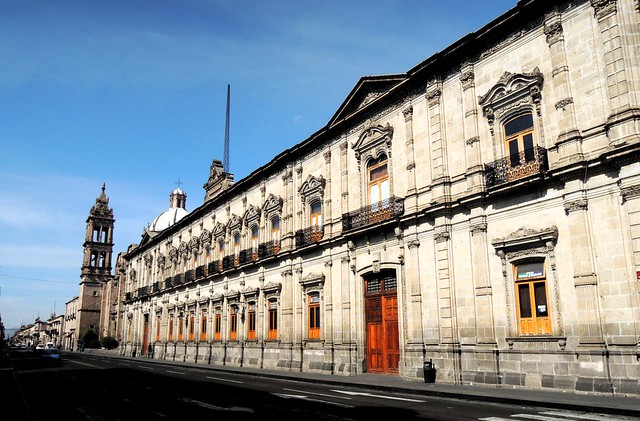 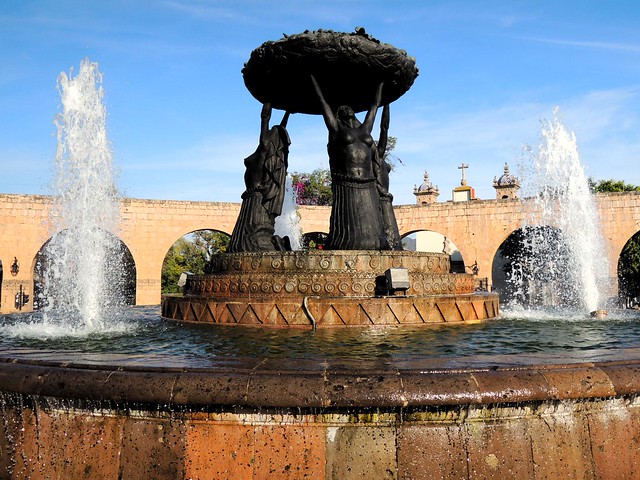 After a couple fun days in Morelia, historic Zacatecas was slightly disappointing. It was cold, windy, and a long ways north. On the positive side there were narrow alleys, winding streets, and some good food. One thing I realize, however, is that bicycle touring pace means that by the time I get to another city, I’m ready for the urban experience again. After Mexico City, Puebla, Morelia, and Zacatecas, it was time to get back in nature a bit. 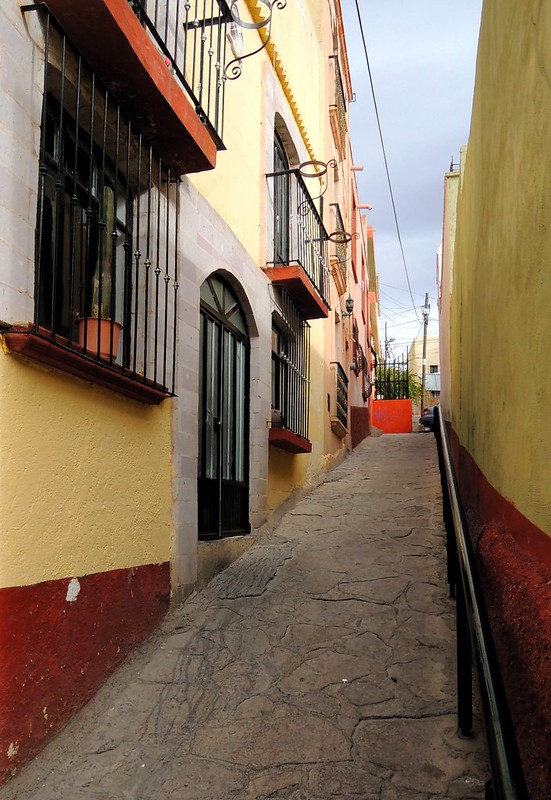 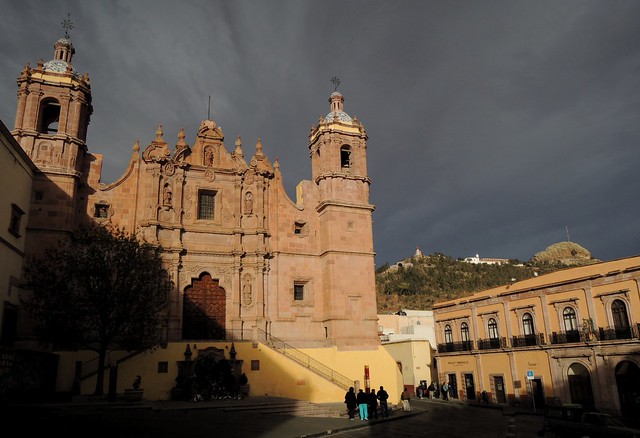 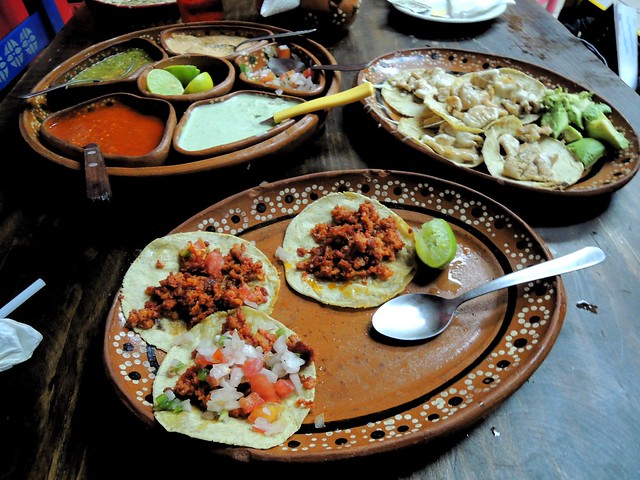 Wendy and I chose one of Mexico’s Pueblos Mágicos, Mineral del Chico, in Hidalgo and did a bit of hiking in the nearby national park. I’ve visited 10 or 12 of these Pueblos Mágicos over the years but wonder if the successful designation might be getting diluted. SECTUR added 35 villages to the program in 2012, bringing the total to 83. 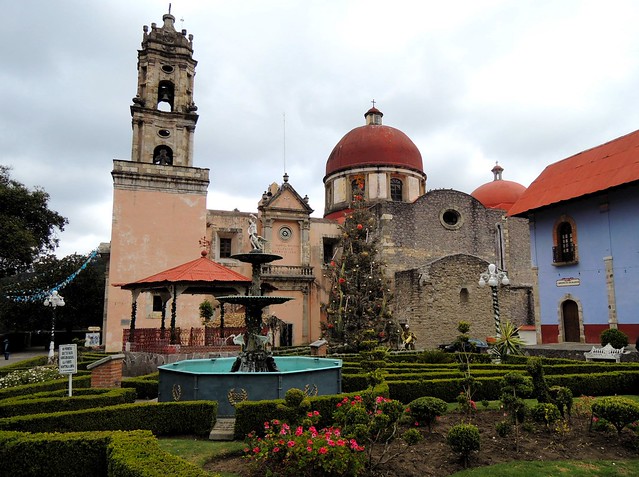 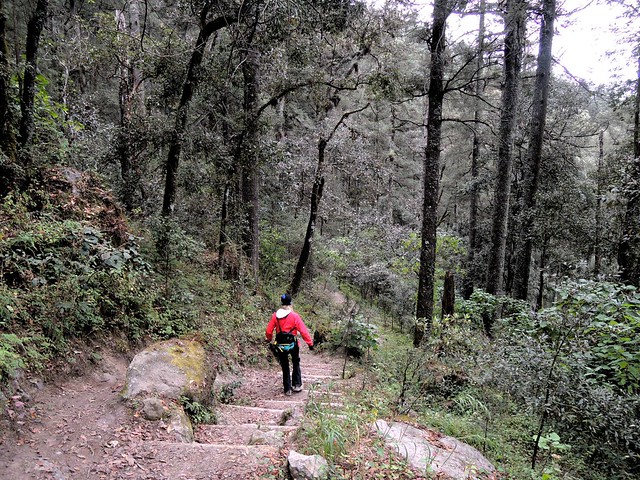 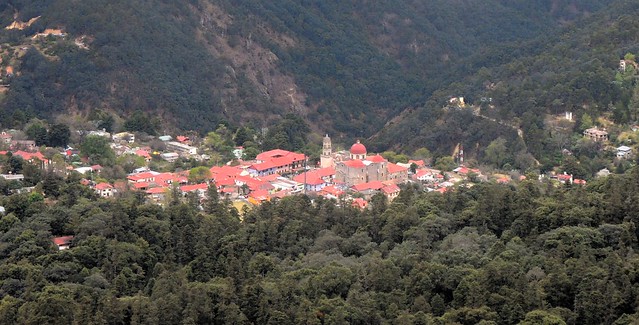 Wendy flew back to Colorado. I’m on the beach. 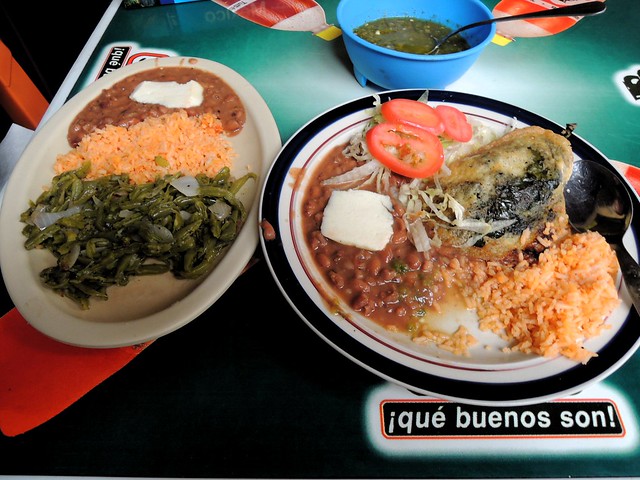