Yucatán — time among the Maya

An overnight bus ride from Zihuatanejo to Mexico City and another overnight ride to Mérida.  From there I started pedalling again.  Jack arrived in Mérida a little after I did on a plane to Cancún and a bus from there.  He brought a bicycle.  Since my Long Haul Trucker is overwintering in Antalya, I spent a good portion of the next two days organizing a bicycle for this trip.

At the third shop we visited I bought a bike, front rack, and lights.  They put it all together for me, and I was on my way.  Back at Irving’s house (another couchsurfing host), I could quickly see that the rear rack needed to be back further so I could fit bags without my feet hitting them — a typical problem and one reason why the Long Haul Trucker has extra long chainstays.

The following day we found Milton who spent years working in the US and now manages a small welding shop in Mérida.  Once the workers finished lunch, they got on it and hacked together a fix that’s still working for me.

We could have spent another day exploring Mérida, but Jack’s coming back, and I was anxious to leave.  I hadn’t been bike touring since I finished up in Bayburt in October.  Mérida had some interesting colonial buildings, but after Mexico City, Puebla, Morelia, and Zacatecas, I was ready for some villages and nature. 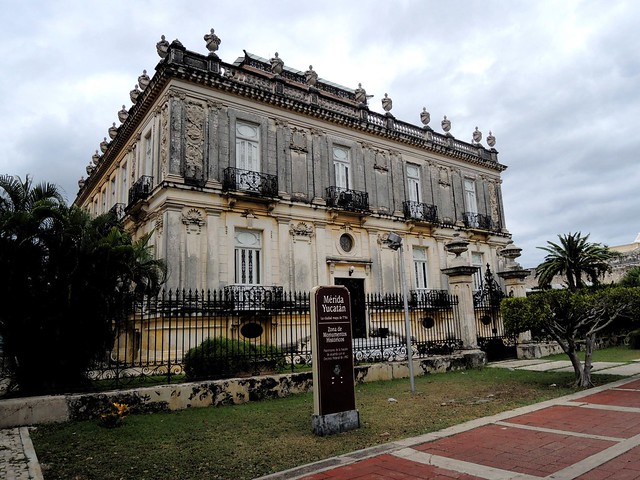 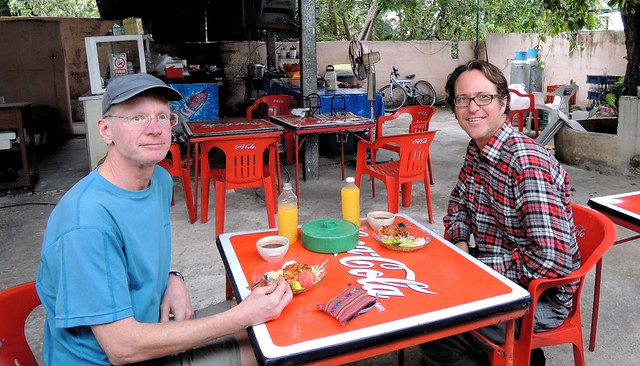 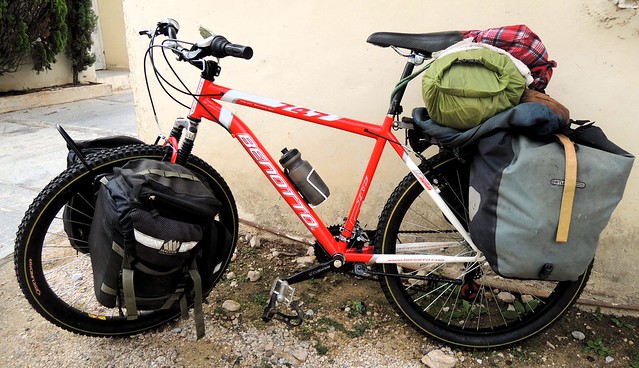 We pedalled out of the big city and right into a Mayan wonderland.  Yucatán is flat so it doesn’t have the views, but it has everything else.  In the villages everyone speaks Mayan.  A couple times (in San Antonio Yaxché, e.g.) the best Spanish speaker would translate my Spanish so the others could understand.  In another village, San Simón, all the little kids spoke Mayan, and a woman explained to us that once they start school they’ll start learning Spanish. 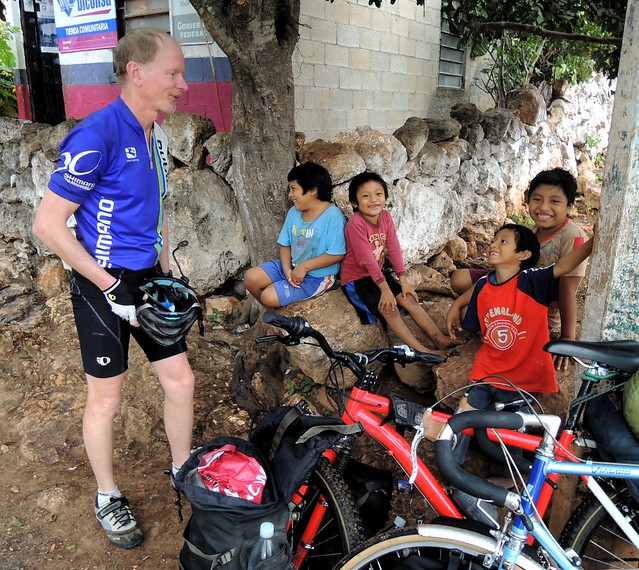 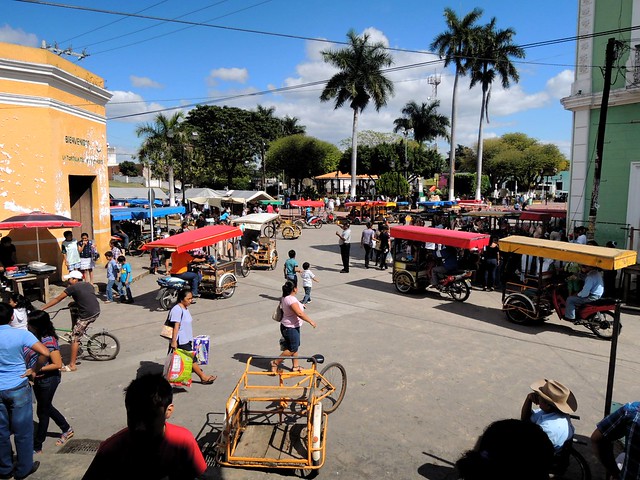 Many woman wore beautiful white dresses with colorful embroidery (huípiles), and the men wore typical Mayan pleated shirts, guayaberas.  The villages consistently had free wifi in the central plaza.  Bikes weren’t allowed in the plaza, and since that’s how most people get around, they’d be lined up all the way around the plaza.  What a world we live in where the Native Americans still speak their language, wear their traditional clothes, and bike to the center of town to connect their smart phones to the rest of the world. 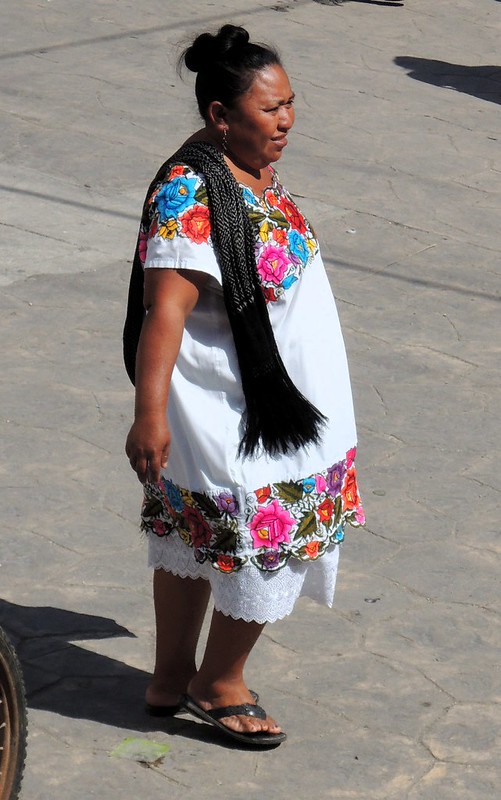 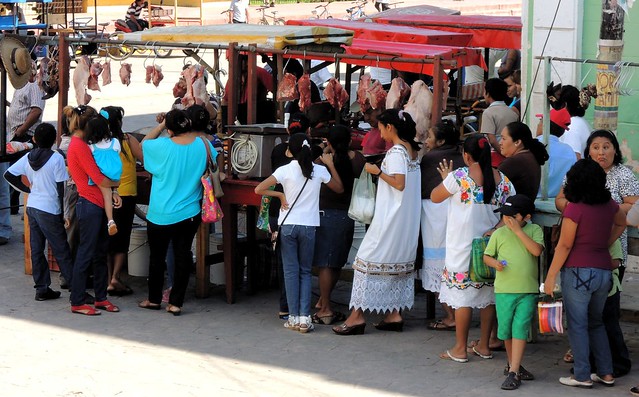 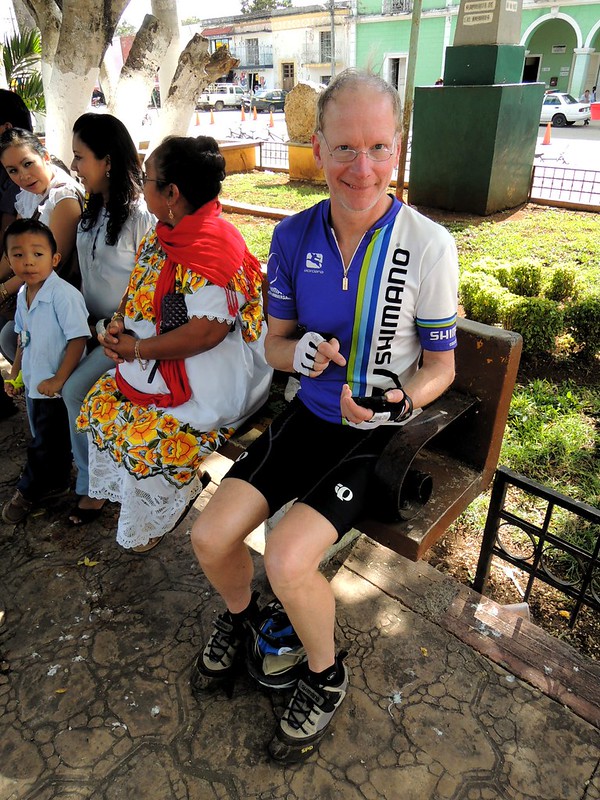 As if this cultural experience wasn’t enough, we were treated to two days of limestone sinkholes as we meandered through the zona de cenotes.  We only spent two days, but you could easily spend a month just checking out cenotes in Yucatán.  As folks like to say, every cenote is different.  Of the six or so we visited, three really stood out.

We camped next to one, Suhen Cenote — a big, circular hole — a “textbook cenote,” Jack called it.  Indeed it was — complete with a 30 second show of bats flying circles around the rim of the cenote during their dramatic evening departure to spend the night eating bugs. 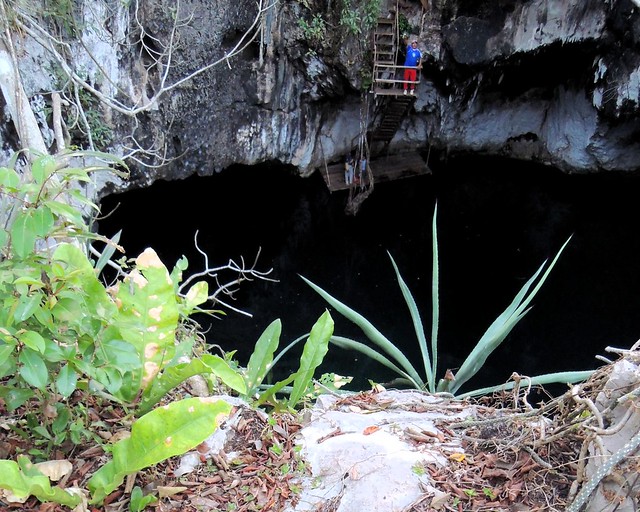 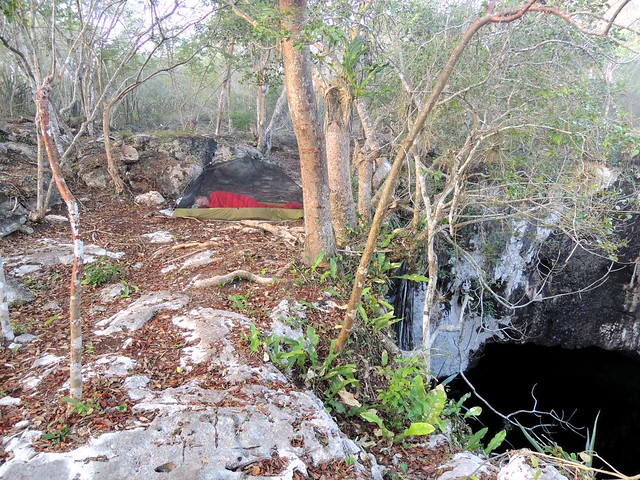 The following day we came to a 75m deep cave-like cenote, Cenote Tanimax, with a steeply overhanging wall with bomber limestone handholds.  We each managed to pull off a couple moves on the steepest climbing either of us had ever done before falling into the clear cool water. 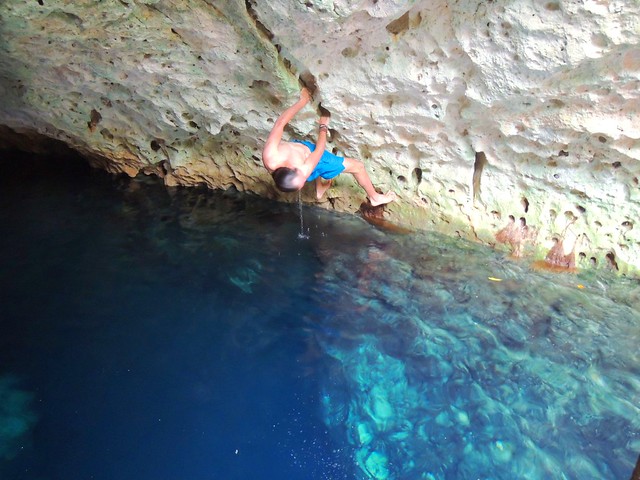 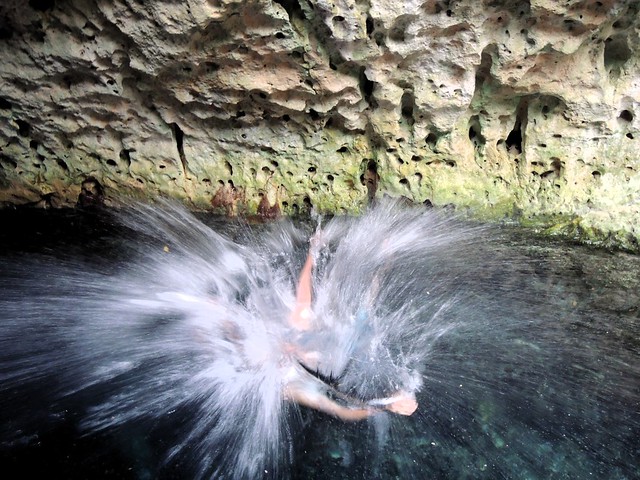 To access another cenote, near Sabacché, we squeezed through a small hole to reach the staircase that led down to unbelievably blue water.  We swam and had the place completely to ourselves. 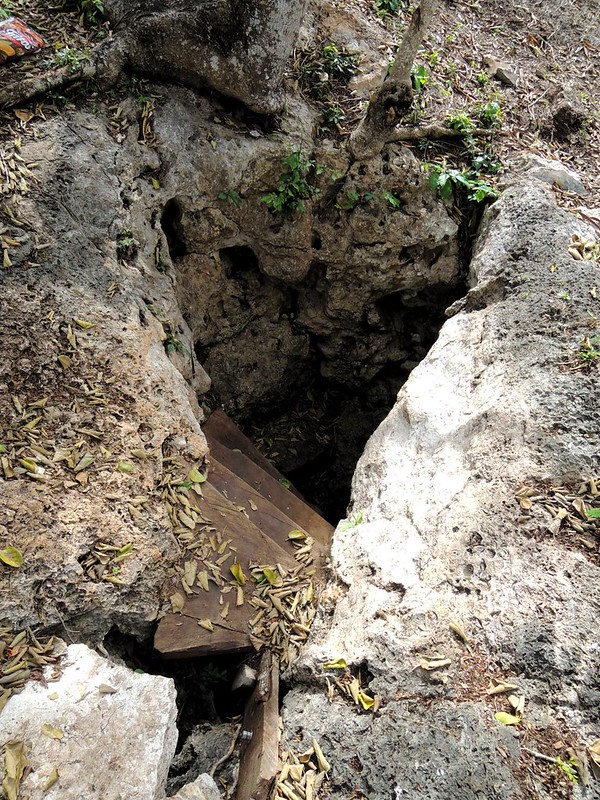 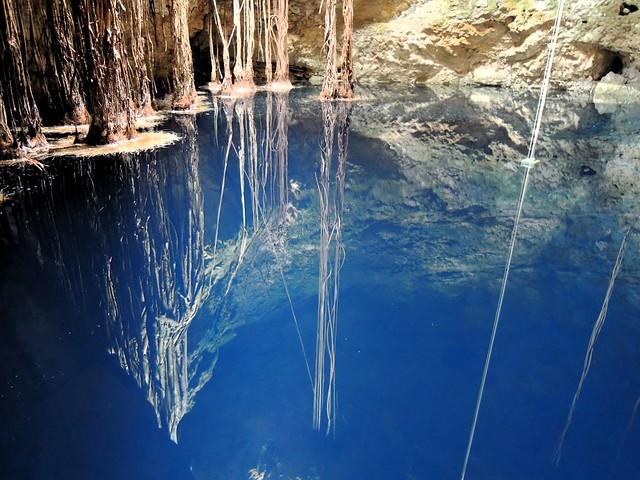 Mayan villages, cenotes, but perhaps the state’s biggest tourist draw are the Mayan ruins.  Chichén Itzá is probably the most famous.  Both Jack and I had visited before, and it wasn’t on our route anyway.  This time we went to Uxmal which is every bit as spectacular as Chichén Itzá, Palenque, or Tikal.

The tallest building is the Casa de Adivino, something I’ve seen on Yucatán tourist brochures.  Also spectacular was the 100m long Palacio del Gobierno with fairly well-preserved carvings all along its long walls.  In the evening we went to the sound and light show centered on the large central plaza in Uxmal, Cuadrángulo de las Monjas.  We learned about Chac, the rain god, and this diety’s importance at Uxmal, situated in an area that doesn’t quite get enough reliable rainfall.  Interestingly, in the entire State of Yucatán there are no rivers. 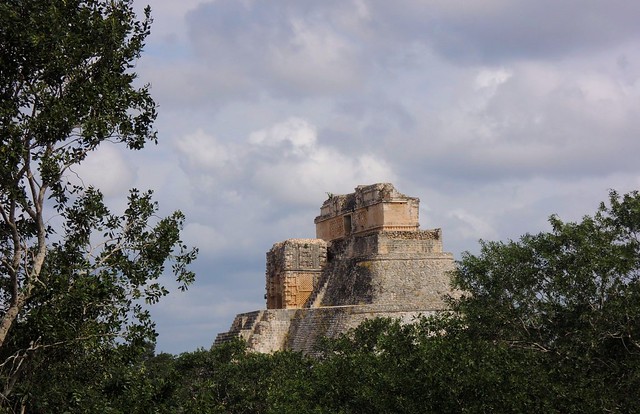 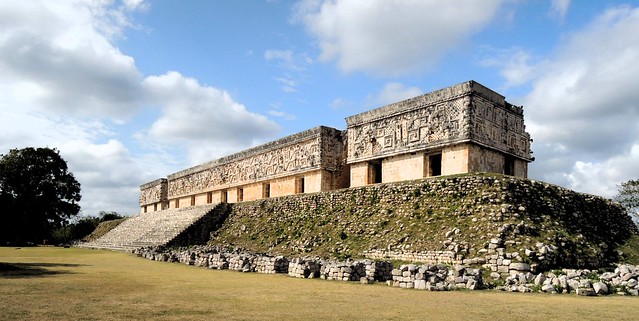 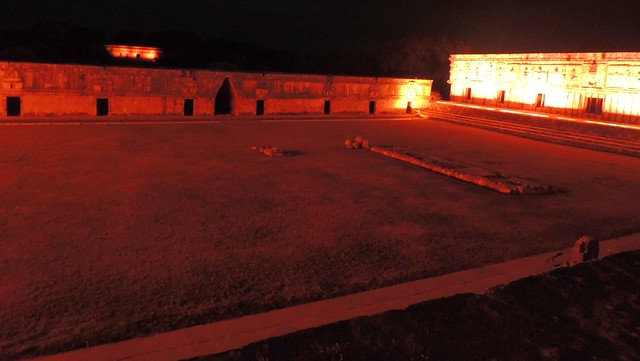 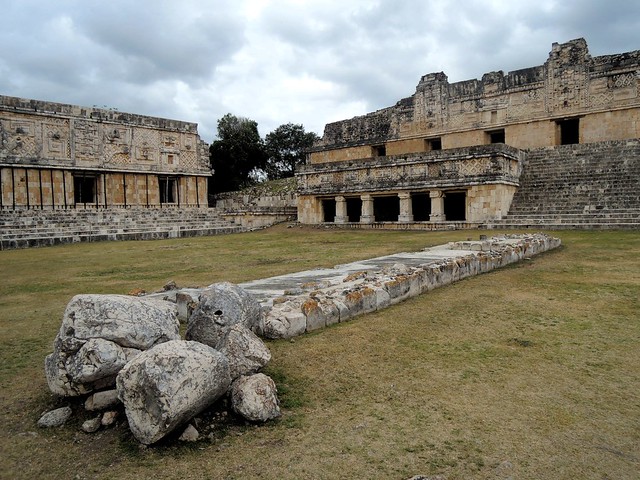 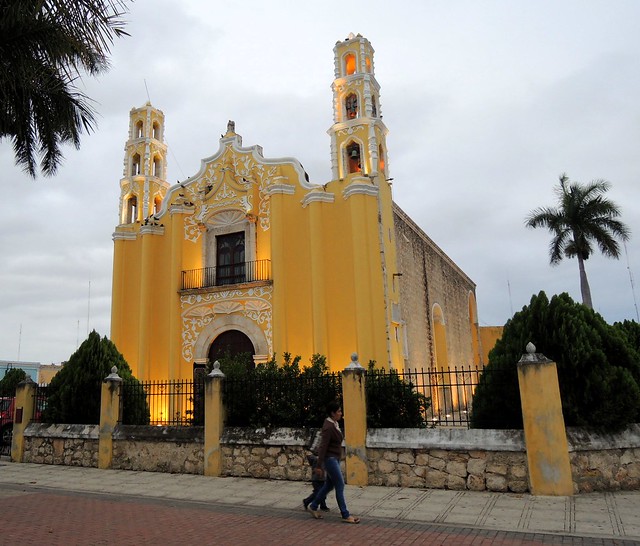 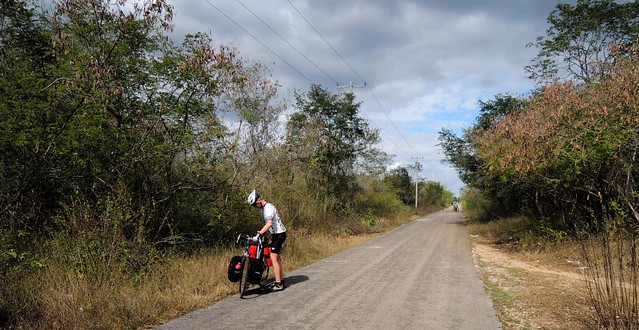 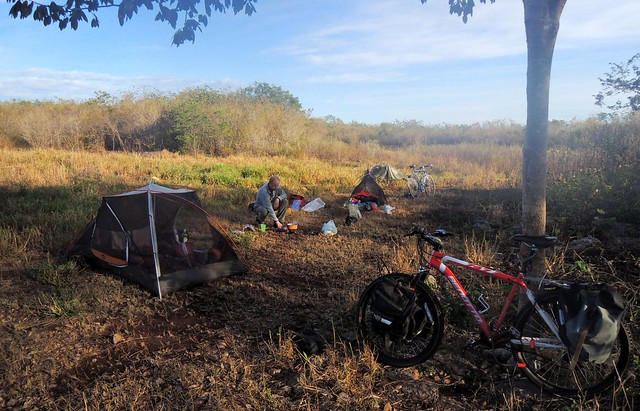 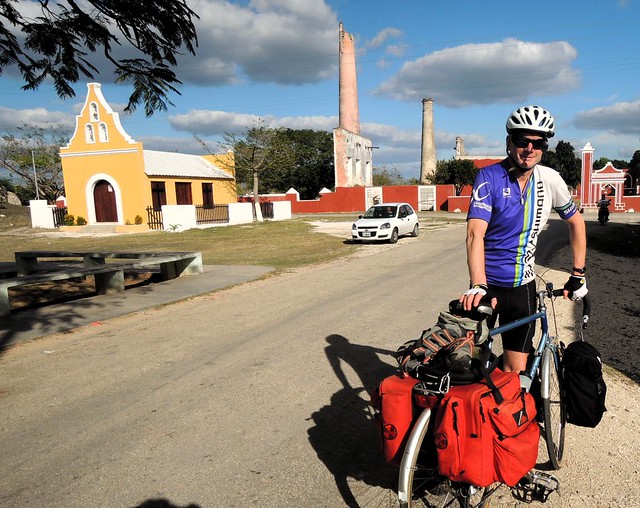 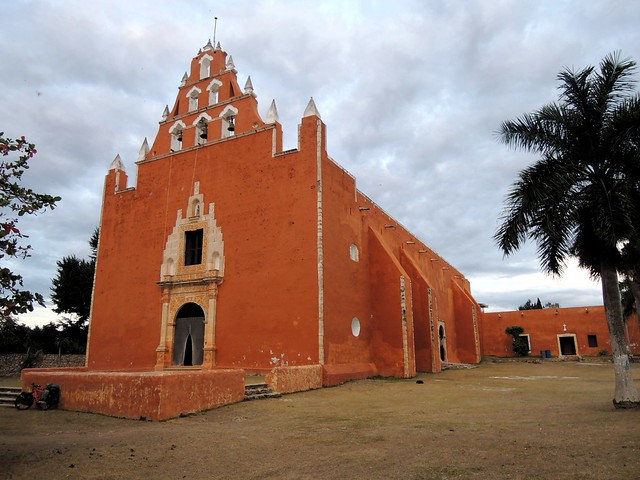 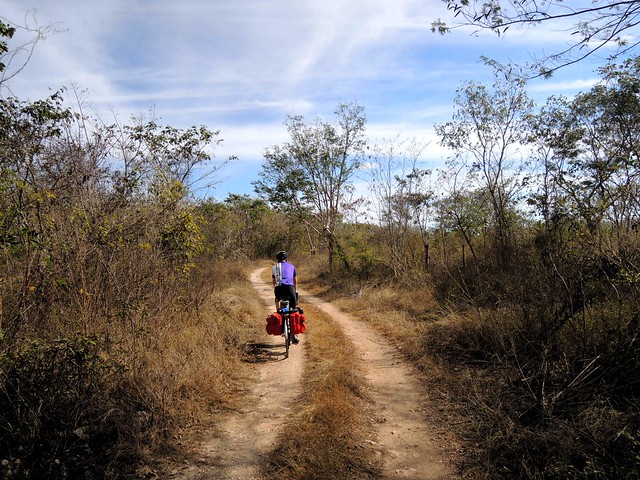 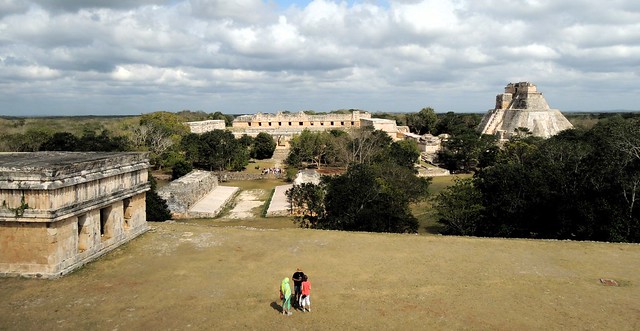 3 Responses to Yucatán — time among the Maya