Great camping and lots of climbs through Denizli, Uşak, and Kütahya

I’ve mostly been using village roads to connect the provincial capitals of Antalya, Denizli, Uşak, and Kütahya.  Another week of riding after Pamukkale, and I made it to Kütahya.  By bus from Antalya to Kütahya is 381km.  It took me 15 days of riding, and they certainly didn’t feel as lazy as that might sound.

Pamukkale, in the Menderes River Valley, is low (200m?) so I knew I’d have an effort to get back to the Anatolian Plateau (generally 800-1000m in Uşak).  It was done in one quick push from Güney Şelalesi (waterfall) to Güney İlçe where I happened upon the Pamukkale Winery, Turkey’s 3rd largest, according to my tour guide there.  At the end of the free tour he gave me two bottles of wine!  I’m used to be invited to tea in these villages, but, wine, well, that’s a special treat.  My guide also assured me that each of Turkey’s three largest wineries get all their grapes from Güney.  He called it “Turkey’s Napa” (sorry, France). 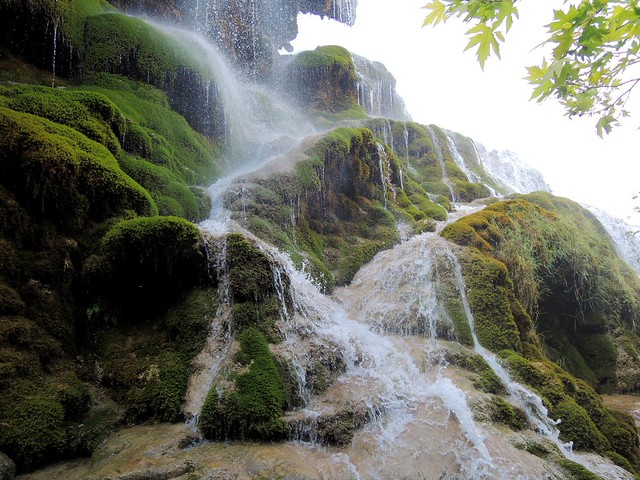 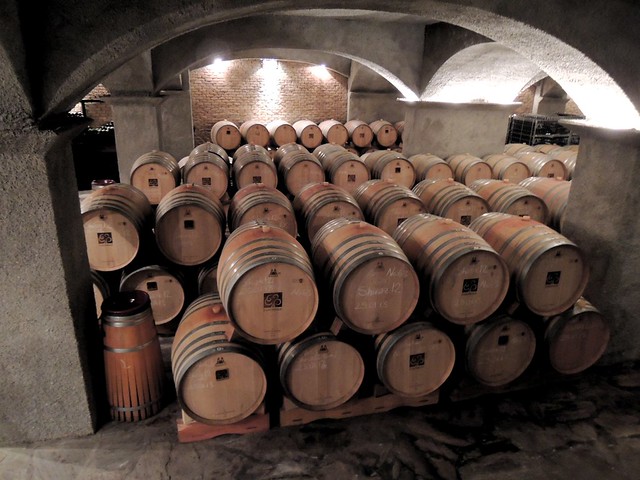 Of course it wasn’t long before I stopped for another lunch: 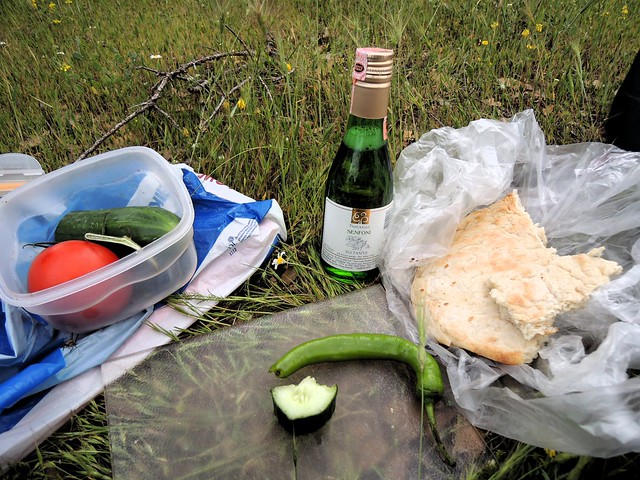 Güney (meaning south) is the northernmost İlçe in Denizli.  Before long I was in Uşak which had somewhat frustrating riding — endless short climbs, sometimes steep, without the mountain views that longer climbs often provide.  The biggest complaint about the map I’ve been using for about six months of riding in Turkey is the lack of elevation information.  After Uşak was Kütahya, and there I ended up on a brilliant mountain road that I guessed would be mostly flat from its position on the map!

If road surface is important (it doesn’t much matter to me), that could be another complaint about my map.  Each of these four roads is shown with the same symbol on the map: 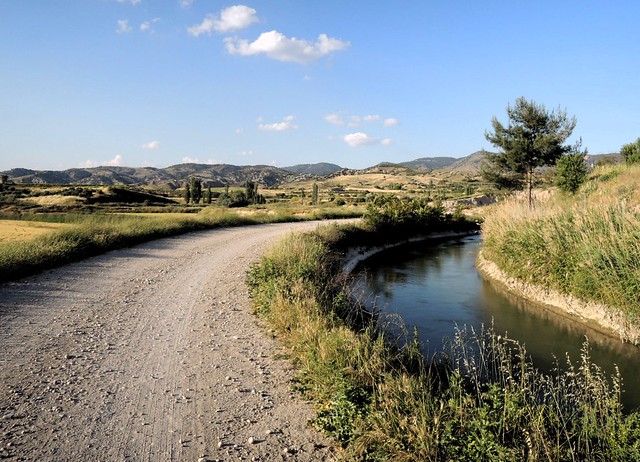 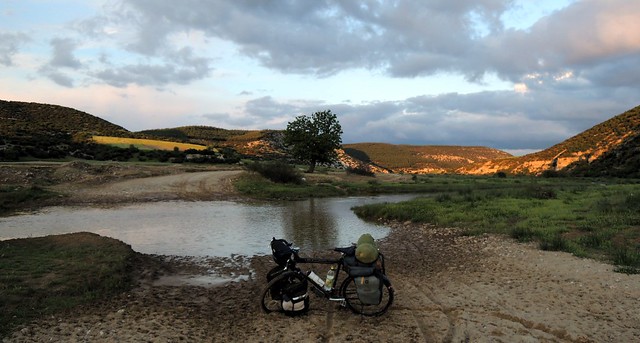 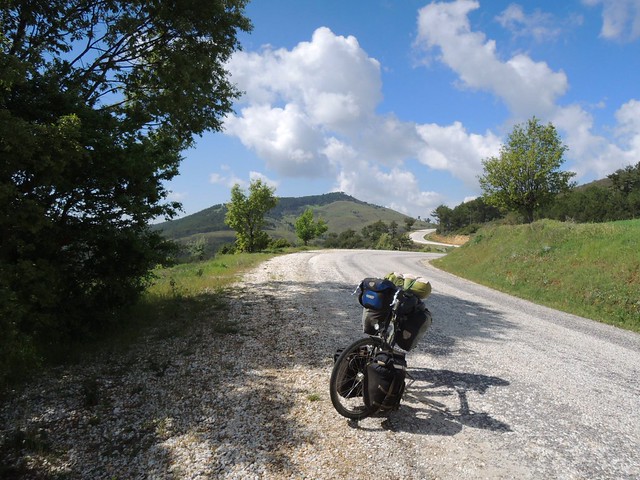 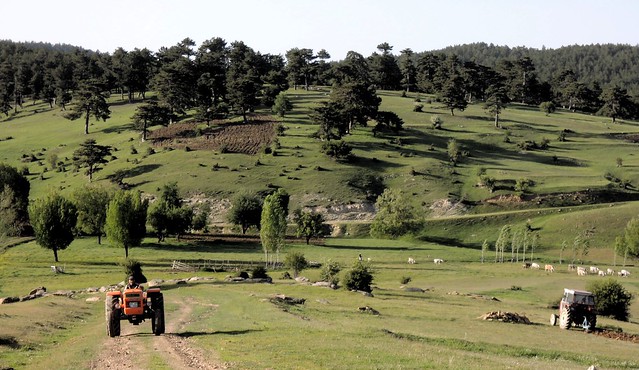 As far as old stuff, I stopped at the Roman cities of Tripolis and Aizanoi (in Yenicekent and Çavdarhisar, respectively), the Ottoman Karavansarai in İnay (with its restored mosque which used to be a church), and the archaeology museum in Uşak known more for its Bronze Age silver bowls than the heaps of carved marble sitting in the garden. 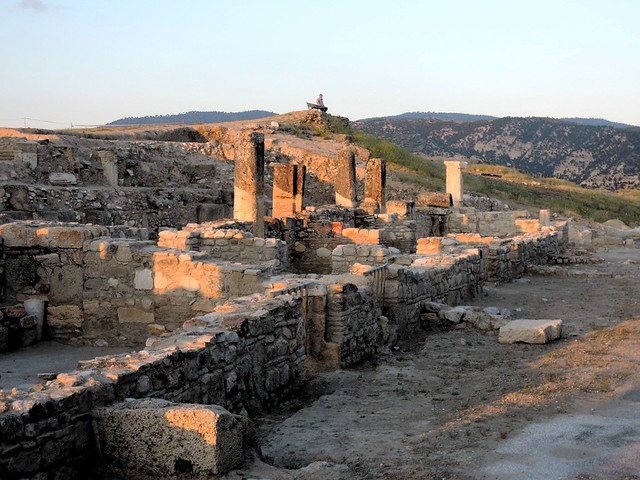 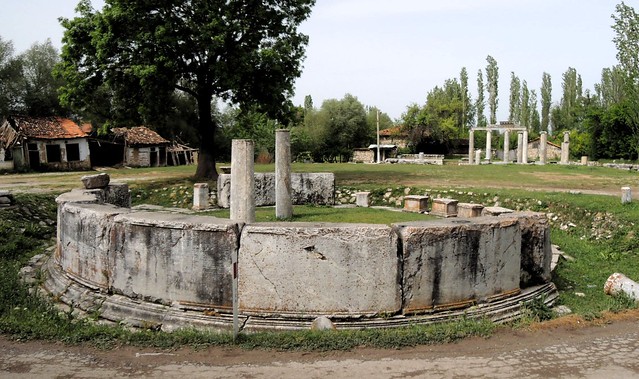 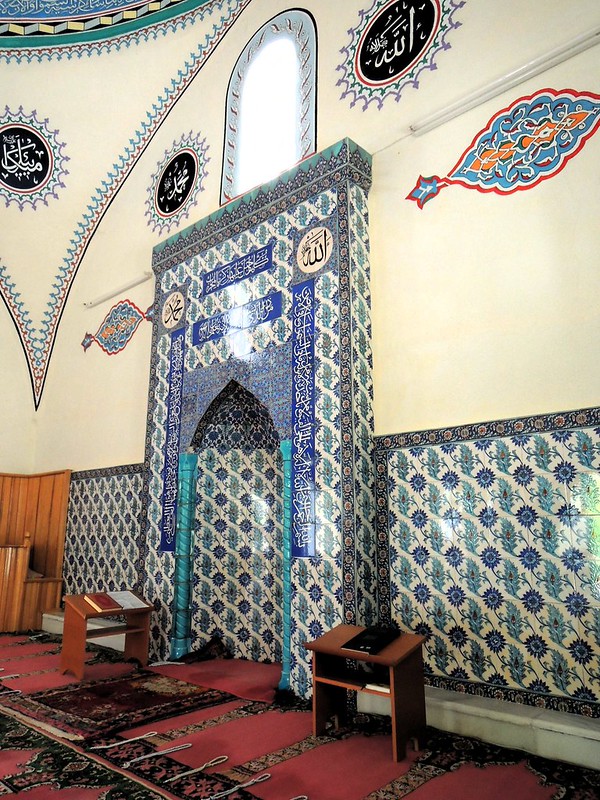 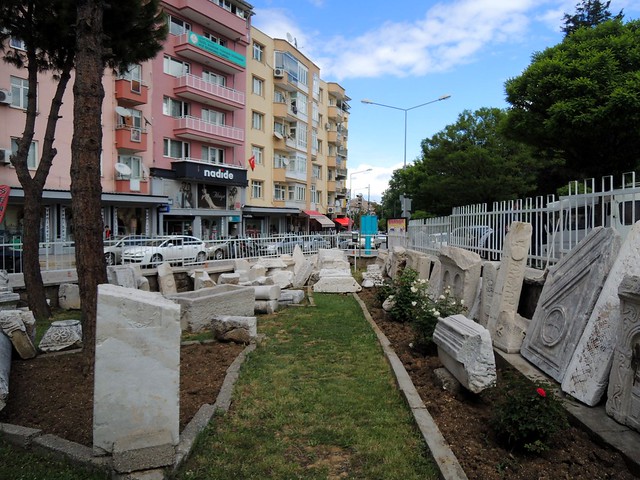 The highlight of Aizanoi is the Zeus Temple, not dissimilar to the more famous one in Athens minus the crowds and the 12€ entrance fee. 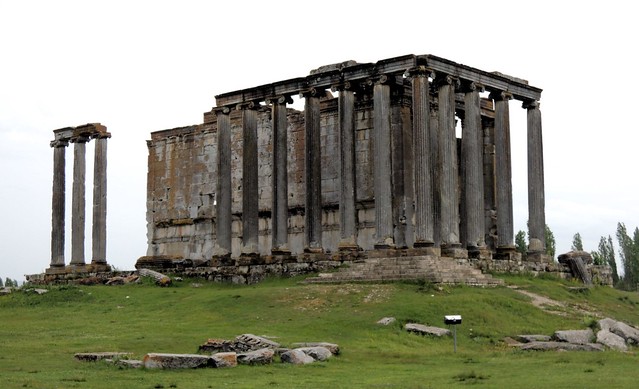 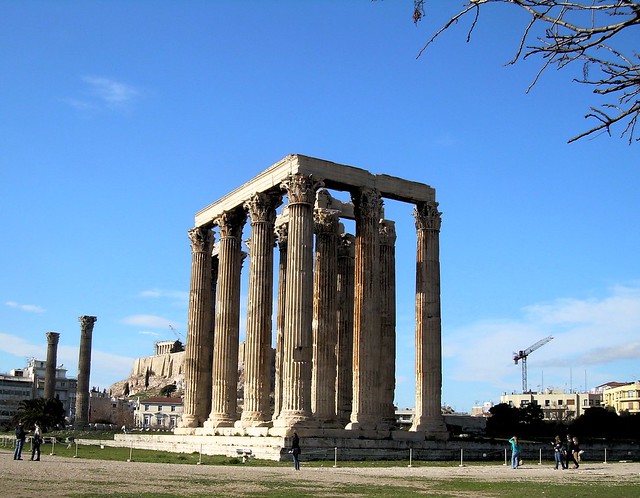 For me the highlight of this section was the brilliant camping. 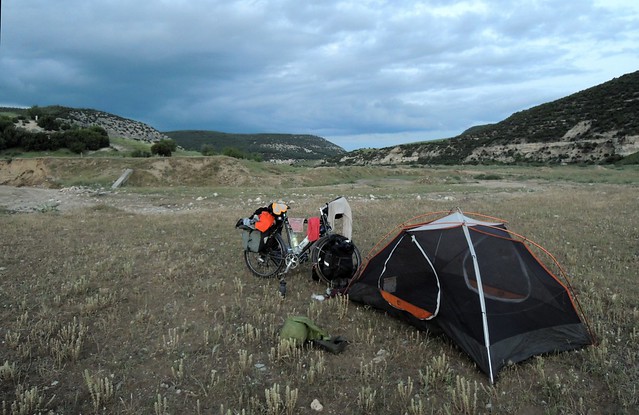 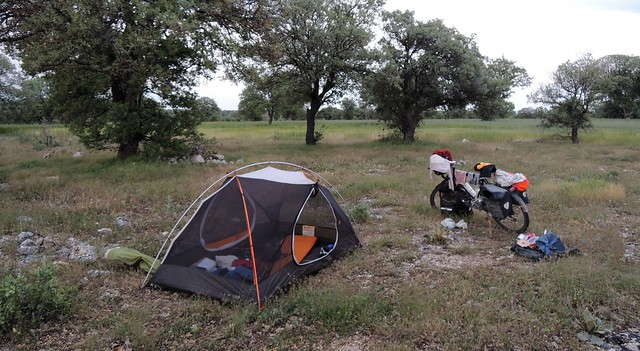 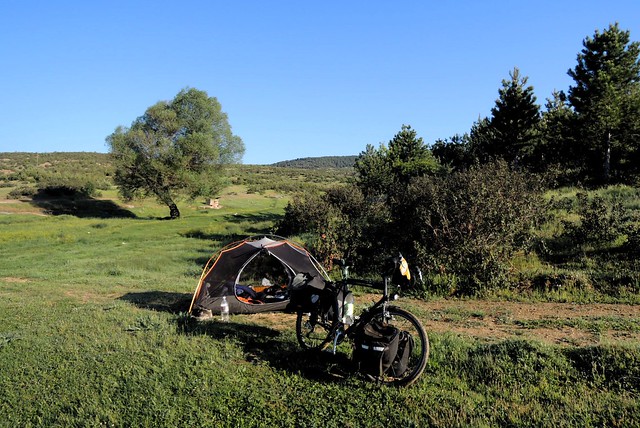 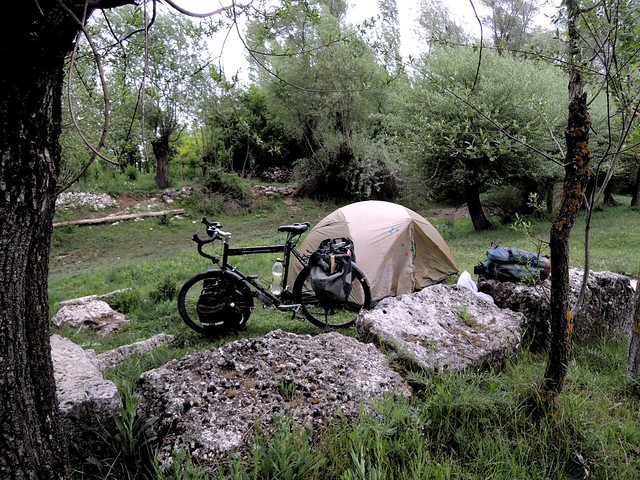 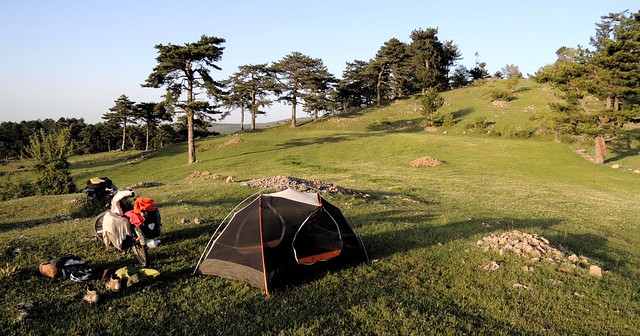 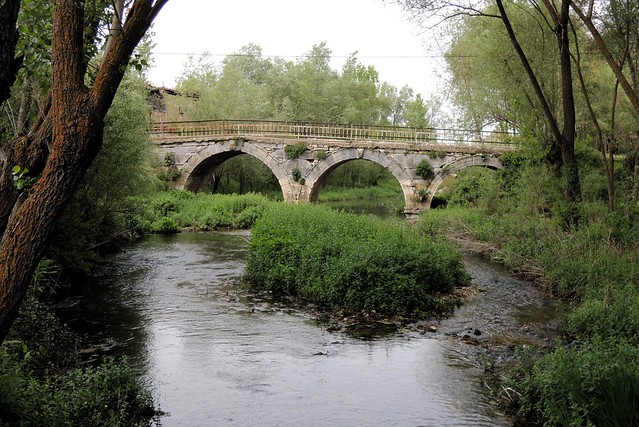 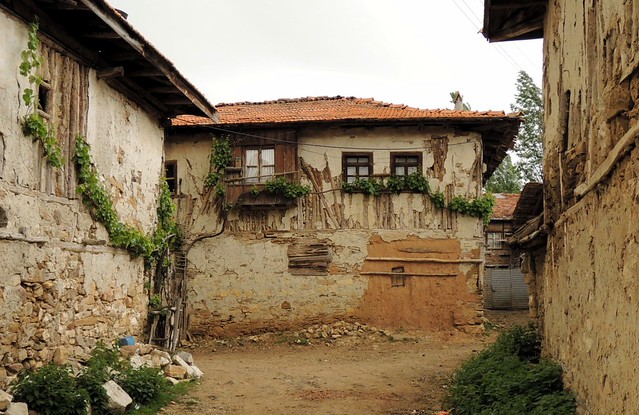 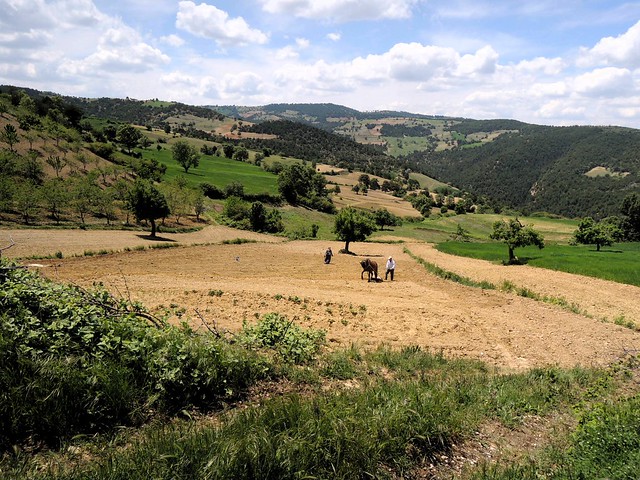 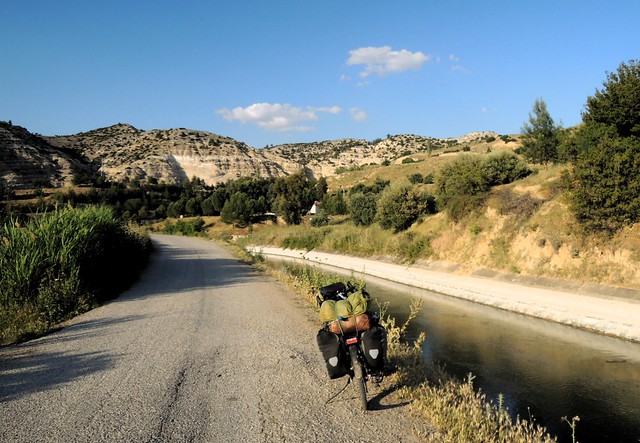 3 Responses to Great camping and lots of climbs through Denizli, Uşak, and Kütahya