Restful days in Kütahya (and Antalya!)

Kütahya was a super rest.  Through couchsurfing I met another American, Taryn, who welcomed me to her spacious downtown apartment.  In a year or so in Turkey I’ve met very few Americans.  I’ve certainly spoken with Taryn more than with any other American in Turkey.  She’s been here about half a year, and it was great to discuss and compare things we like and dislike about Turkey and the US.  Coming from Houston to Kütahya she loves being able to walk everywhere and having shops nearby.  Indeed, disastrous city planning in the US is probably the issue that bothers me the most about returning to live there.  Turkey’s no shining example of livable cities (and Erdoğan’s thoughtless development projects have made things worse in Turkey’s larger cities), but they do a better job than the US. 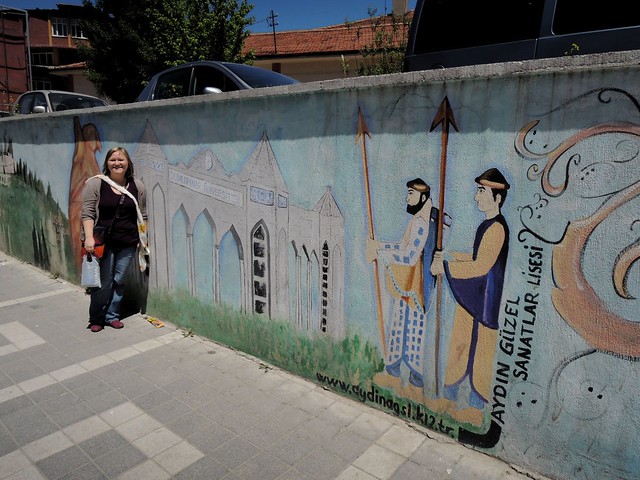 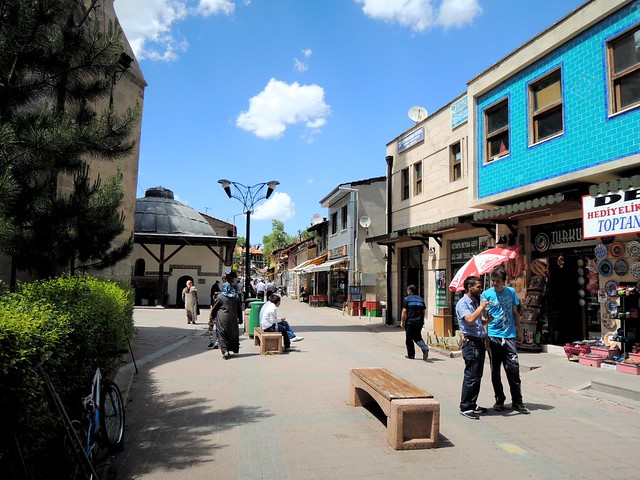 Taryn came to Turkey to teach English at the large Dumlupınar University a bit outside of the center of Kütahya.  She’s young, and her travel experience is a bit eclectic.  She’s worked in Kenya, travelled in Ecuador, but never been to Europe!  She’s been working on her Turkish and communicates quite well considering she’s never had the advantage of a class.  Turkish grammar is so different from English grammar that I feel it would be very hard to pick up without formal study.

Taryn likes to have guests, and she has a great place for it.  One night’s excuse was Diana’s birthday, but I think she hosted a dinner party three (or maybe four?) of the four nights that I stayed with her.  Diana is a Colombian teaching English in Kütahya.  She broke up with her boyfriend in Bogotá, came to Turkey, and is now at the end of her teaching contract.  The problem is, predictably, she’s in love…  will she leave?  will she come back?  Isn’t it too much trouble to have a relationship with a Turk anyway?  We chatted, sometimes in English, sometimes in Spanish, sometimes in terrible Turkish. 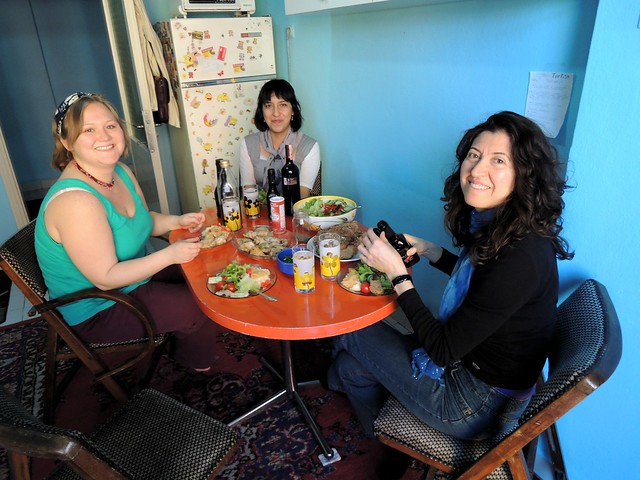 I also met Fadas, also an English teacher, who escaped the Syrian civil war from Hama (or was it Homs?).  He’d like to travel by bicycle.  Another English teacher is Dominica, a Pole, who fell in love with one her students, Erhan.  They’re now married and have a small boy, Erhan.  Ali is a Turk who speaks no English and often communicates with this group via Fadas in Arabic or through everyone else’s mishmash of messed up Turkish.  He studies in Cairo and is so religiously conservative that he has never touched a woman.  I suppose it was an eclectic bunch.  I had a great time with everyone. 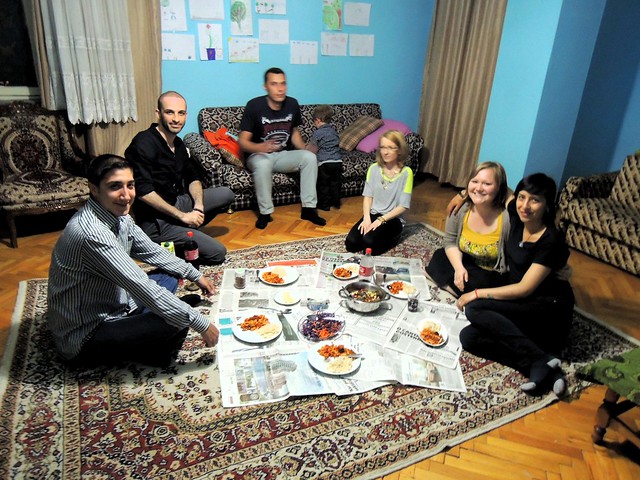 On another evening I met Hülya, a Turk who lived and studied in Denver for eight years (public health at CU Denver on the Auraria Campus).  She of course knew Boulder, the lifestyle there, and had camped and hiked in the Colorado mountains.  She had also travelled a lot and felt more international than just about any Turk I’ve met.  She’s in Kütahya doing forced teaching to repay the government for the PhD program in Denver.  Even Denver wasn’t hip enough for her.  She feels rather stuck in the provincial backwater of Kütahya. 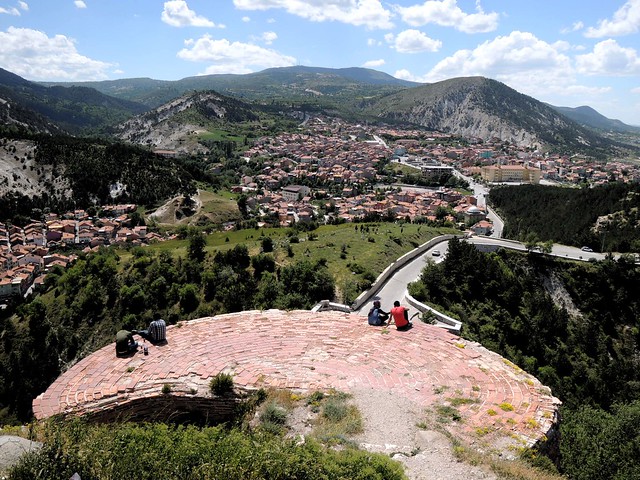 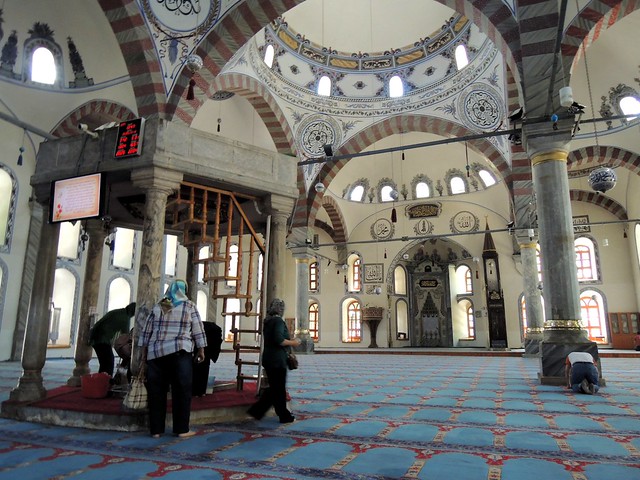 I, however, wasn’t stuck, left my bicycle at Taryn’s, and took a bus to Turkey’s Mediterranean resort city of Antalya for a well-deserved (?) rest.  I spent a few days making sure that the city was getting on fine without me. 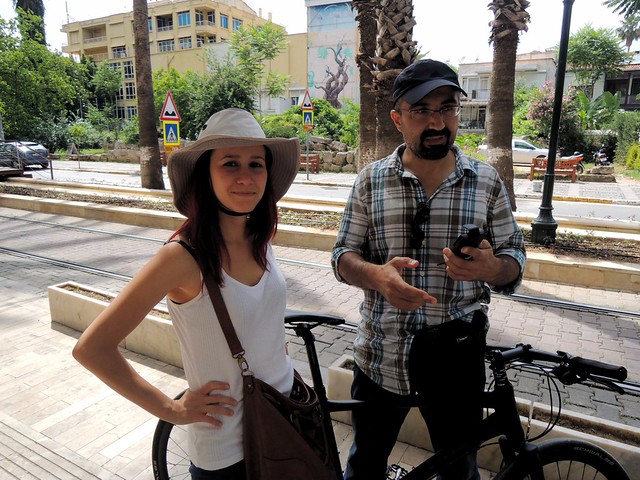 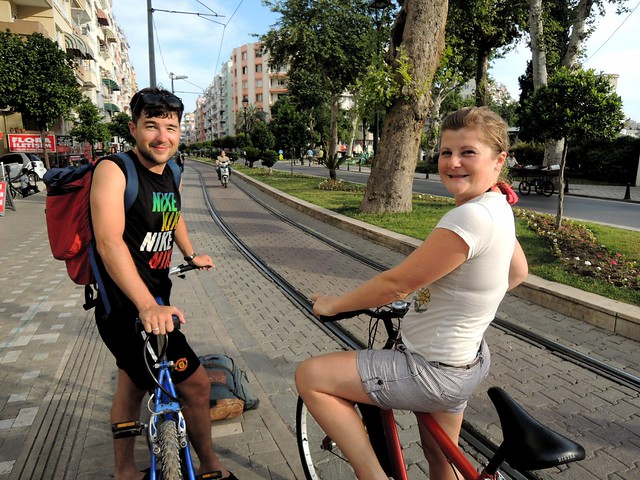 Of course I caught up with friends while I was there, but I also went back to Antalya’s excellent museum.  I hadn’t brought my camera to the museum before.  I wanted to take some photos and also have another look at the three large rooms of carved marble from Perge for the first time since I had actually visited Perge.  The site itself at Perge isn’t all that impressive so looking at the large collection of fantastic carvings from the site at the Antalya Museum helps to put Perge’s importance in perspective. 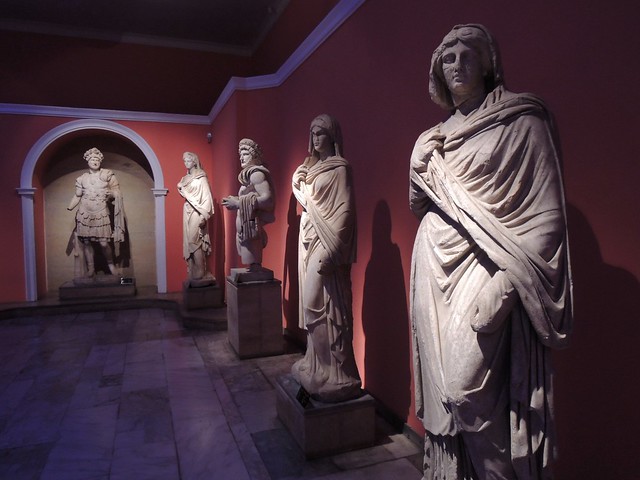 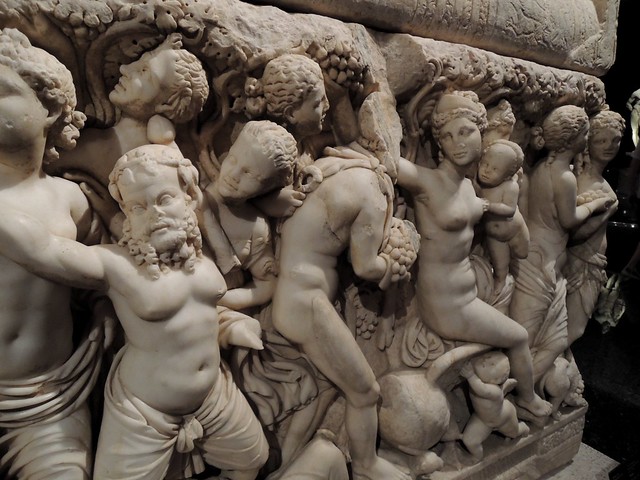 I was also surprised to find a new exhibit displaying a small portion of what they’ve recently uncovered at Doğu Garajı.  This was super to see.  Doğu Garajı is across the street from TÖMER where I’ve studied Turkish.  It’s a large undeveloped area smack in the middle of the city, and when I first got to Antalya, I wondered what their plans were for the site.  It would be like having a large empty lot in the middle of Boulder at, say, 9th and Canyon, sit vacant.  Now I’ve learned that there were plans for a shopping mall (as if Turkey needs another one…), but once they started digging (probably for underground parking…), they uncovered a huge cemetery full of fantastic relics. 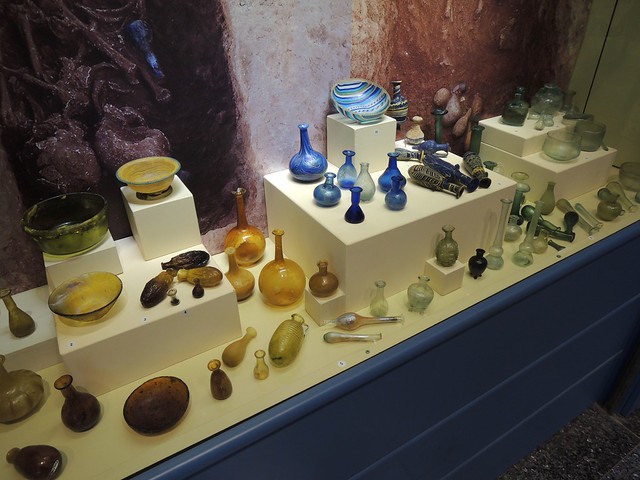 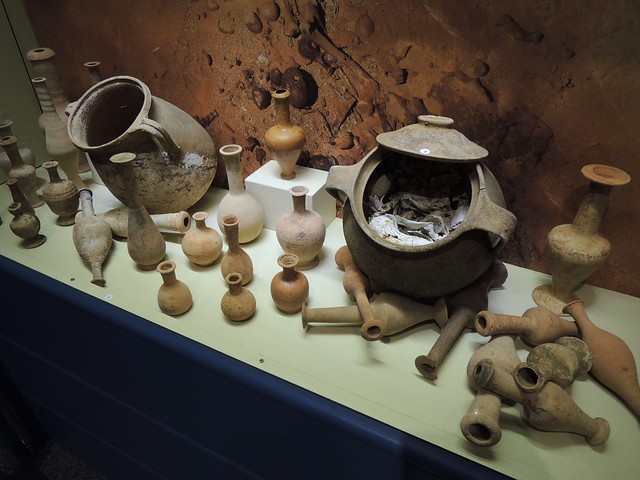 Looking at the photos at the museum it’s easy to see that the cemetery extends right up to the edges of the site and must continue underneath the 6-10 story buildings that line every side.  Kind of reminds me of Mexico City — dig a hole and find something old. 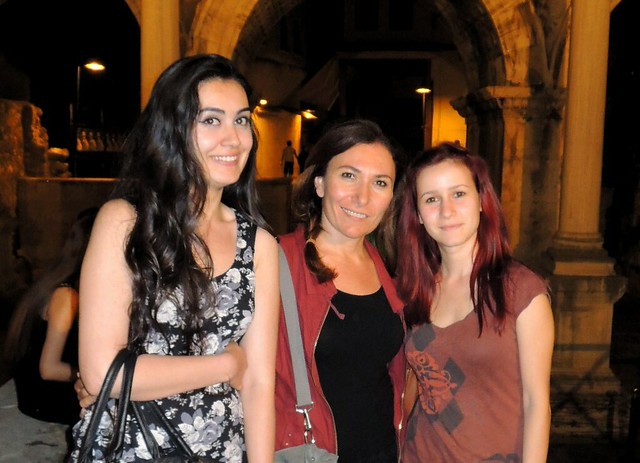 This entry was posted in Bicycle touring, Turkey and tagged Antalya, Kütahya. Bookmark the permalink.

5 Responses to Restful days in Kütahya (and Antalya!)