Climbing and snorkeling in Kaş

Every since seeing Kaputaş Beach from the road with my parents, I’ve wanted to go back there.  It’s a beautiful stretch of white sand and turquoise water, hemmed in by steep cliffs.  Then I learned that there’s climbing in the canyon there.  Well, that cinched it for sure.  Ferda and I rented a car and took off for a weekend in Kaş. 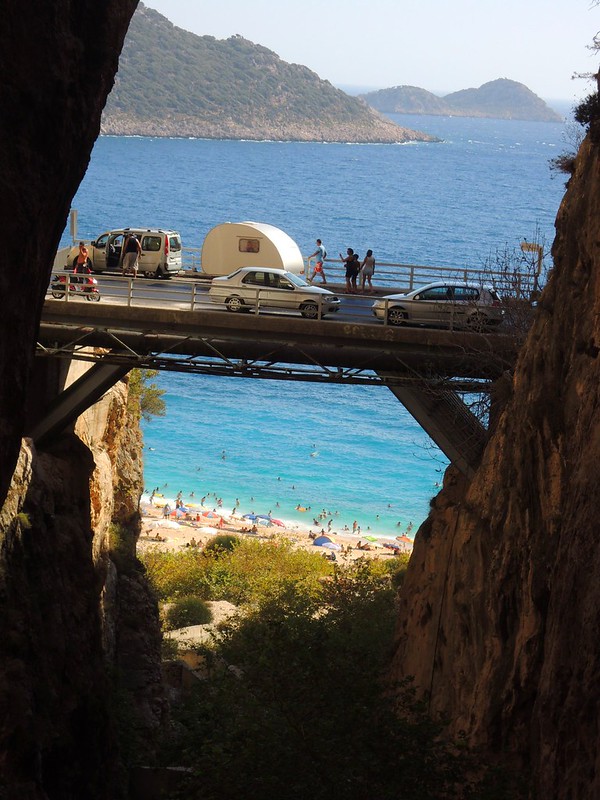 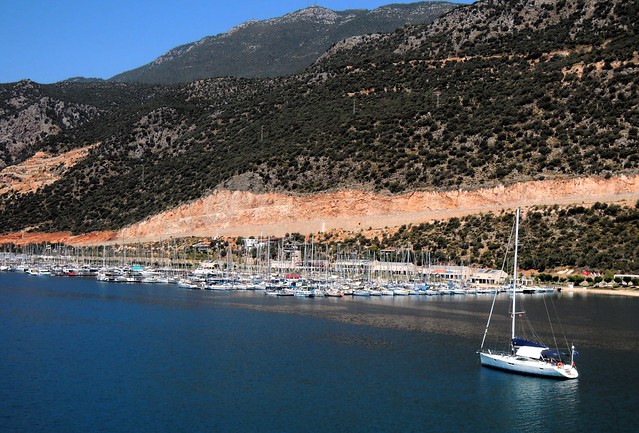 The drive from Antalya is long.  We opted to go via Akçay and Gömbe because I was told that way is faster than the coastal road.  It took us four hours including a stop for dinner in Akçay.  The pass after Gömbe is about 1600m, and then the road plunges in endless switchbacks to the sea.  Since we drove down that road in the dark, we opted to return via the same road so we’d get a chance to actually see it.  It’s a beautiful area.

We didn’t end up spending much time in Kaş at all.  We drove 20km to Kaputaş on Saturday and climbed in the shade in the canyon there before swimming in the beautiful water.  At the beach there’s even cold fresh water to wash off in afterwards.  Incredible. 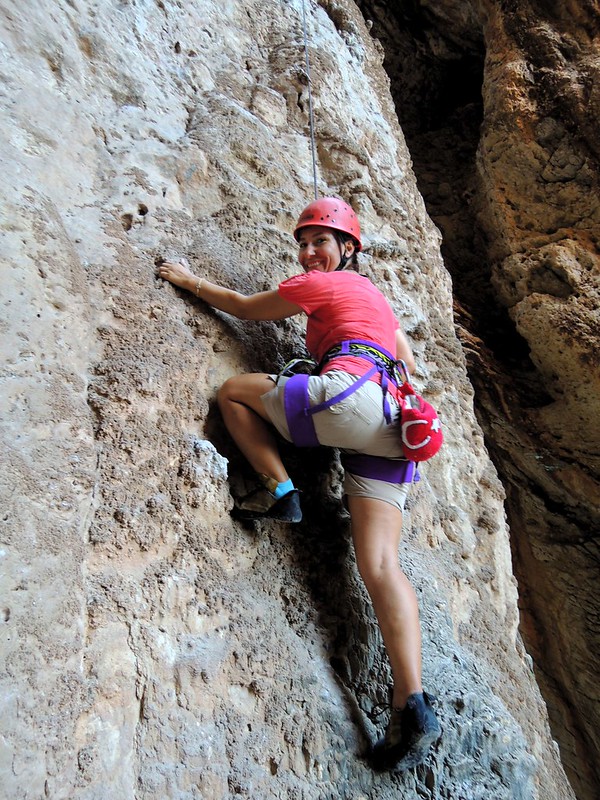 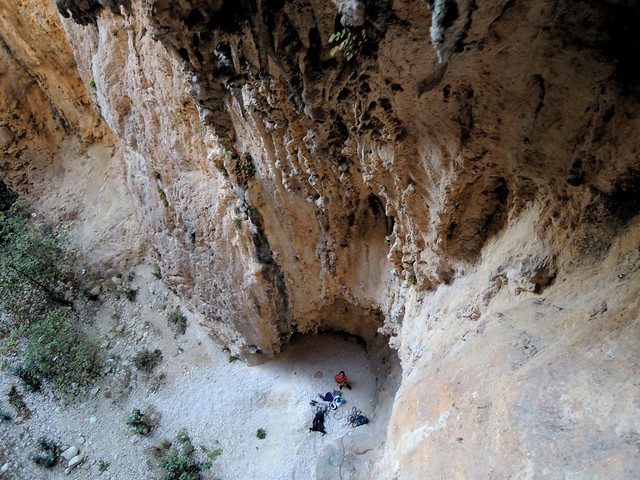 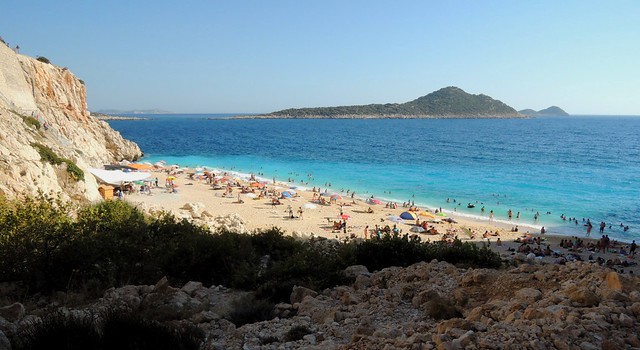 On Sunday the owner of our hotel recommended Hidayet Koyu.  The sea there is “like an aquarium,” he said.  Wow, yes, it was the best snorkeling I’ve done Turkey (which doesn’t say much).  The water was clear, there were quite a few fish, and even some really colourful ones.  I could definitely spend more time around Kaş though it’s really too far to come from Antalya for the weekend. 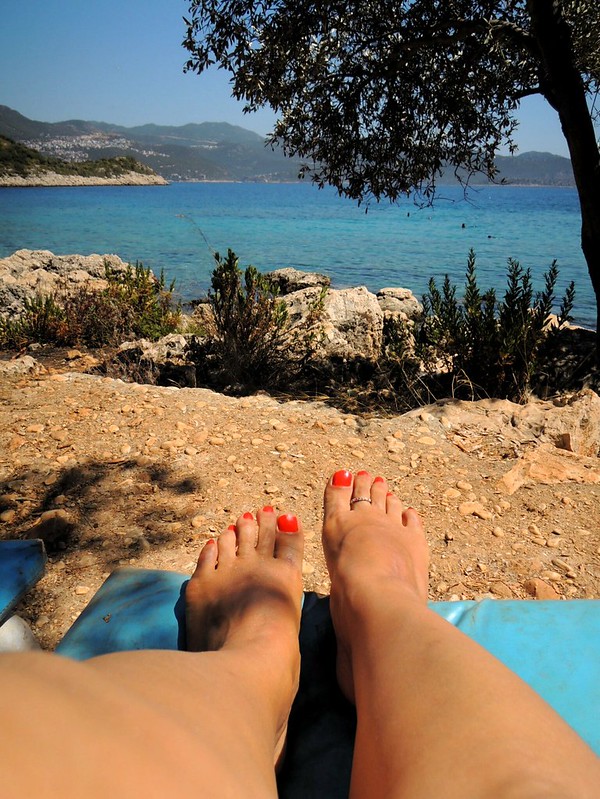 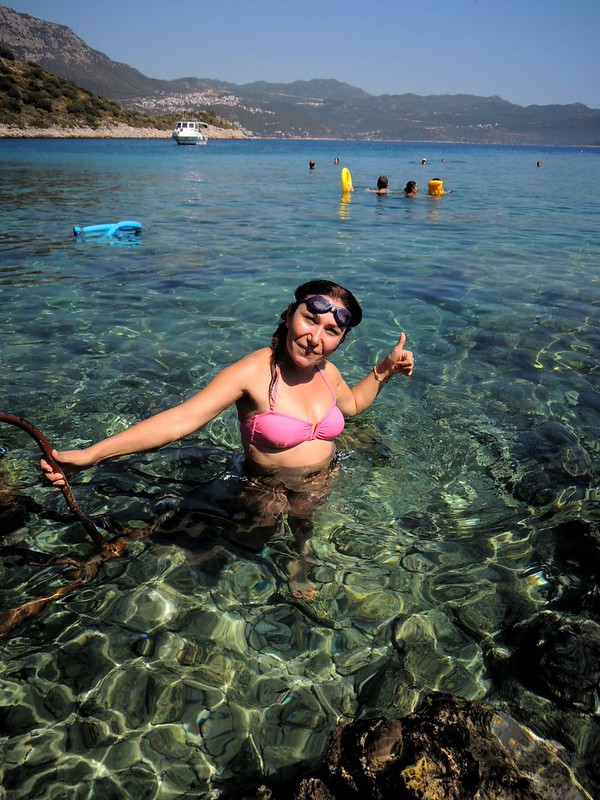 As the sun was setting on the drive back, we stopped at Sultan Abdal Musa’s tomb in Tekkeköy (Elmalı), an important pilgrimage site for Alevis.  He was a 14th century derviş, Sufi, Alevi, a follower (student?) of the more famous Hacı Bektaş Veli.  In the two years I’ve spent time with Ferda, this tomb affected her more than any other site we’ve visited. 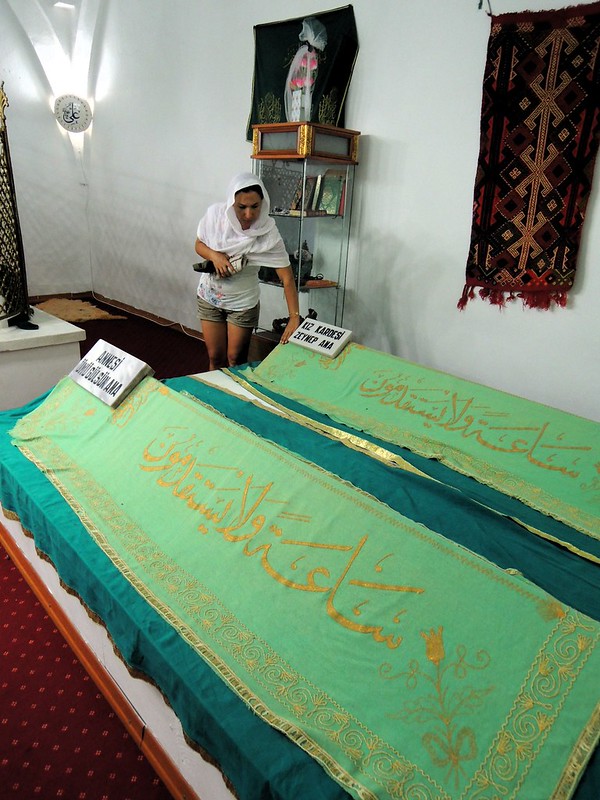 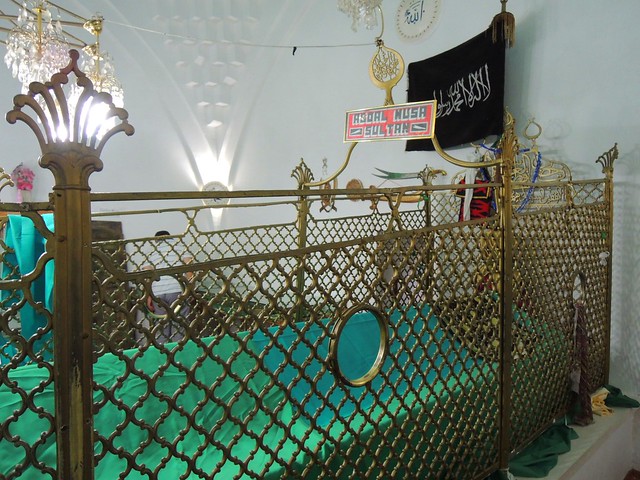 4 Responses to Climbing and snorkeling in Kaş