A long weekend in Adana and Hatay

Ferda’s cousin, Tülin, lives in Antakya, and Ferda had a few days off work so we made last minute plans to visit Adana and Hatay.  This area is one of the most densely populated in Turkey.  It is also ethnically, religiously, and linguistically diverse.  Being part of the Fertile Crescent there are lots of old sites, and if you’re into Biblical history, well, there’s a lot for you, too.  Oh, finally, some Turks visit Adana just for the food, and Hatay’s cuisine is heavily influenced by Syria, making it a bit different from what’s found in the rest of Turkey.

Reflecting on the weekend we had a rather diverse range of experiences in a short amount of time.  Some sites we visited include a 3000-year-old early civilization site (at Atçana), a 900m Roman tunnel used to keep Antioch’s port from silting up (the Vespasianus Titus Tunnel at Seleucia Pieria, a UNESCO World Heritage Site), a well-preserved Mimar Sinan (Ottoman era) kevrvansaray/hamam/castle/mosque complex in Payas, a 19th century Catholic Church in Antakya, and Turkey’s largest mosque, a modern building in Adana.  Unfortunately Antakya’s new Archaeology Museum wasn’t open yet when we were there, and the Church of St. Peter was closed for restoration.  We had a fantastic Adana kebab in Adana, Antakya’s famous künefe in Antakya, and some great meals with Tülin’s friends in Reyhanlı and Samandağ.  Tülin’s friends in Samandağ speak Arabic at home and make their own rakı.  Go figure.

Let’s see if I can find some photos.  Adana’s Sabancı Merkez Mosque: 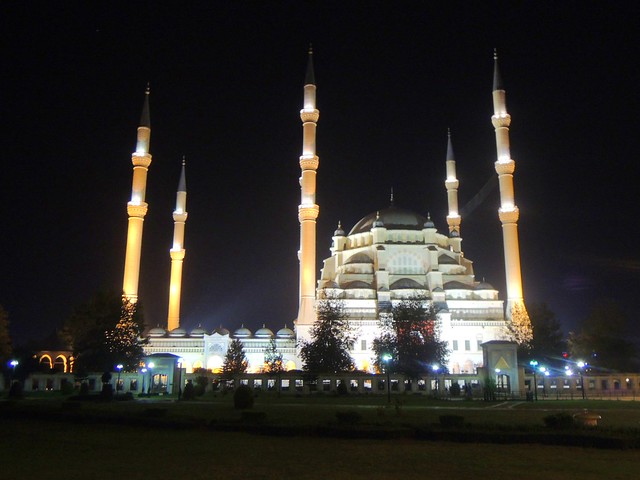 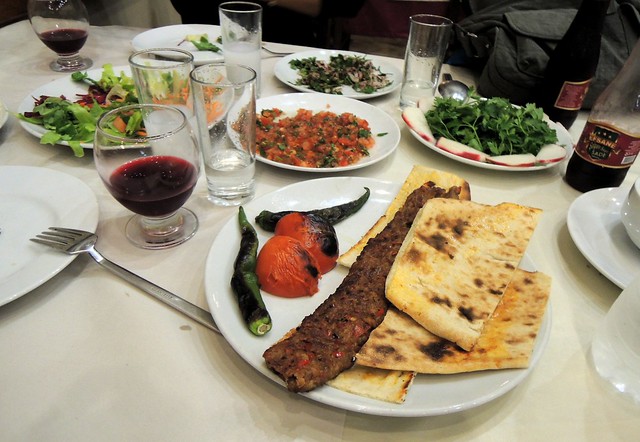 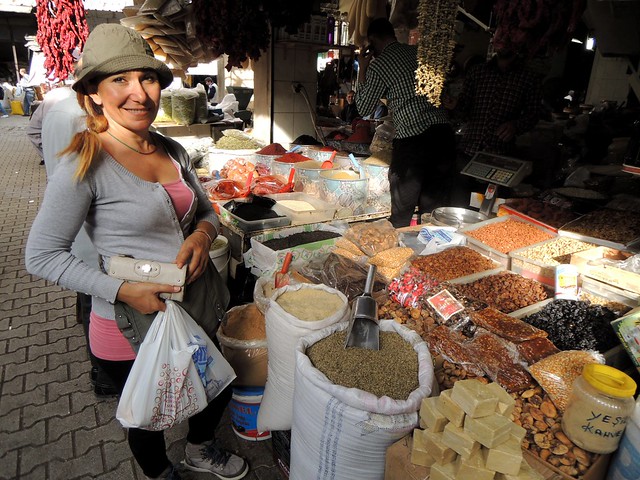 Most of the excellent mosaic collection in Antakya’s Archaeology Museum had been moved from the still-open old museum to the still-not-open new museum, but we were able to see a few nice mosaics in the old museum. 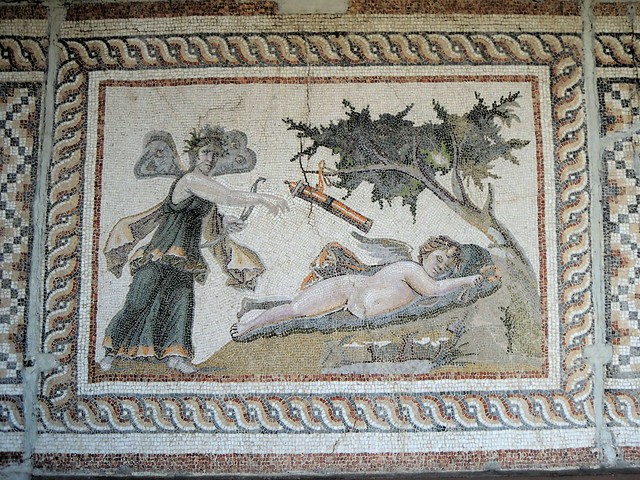 Wandering Antakya’s alleyways was quite fun. 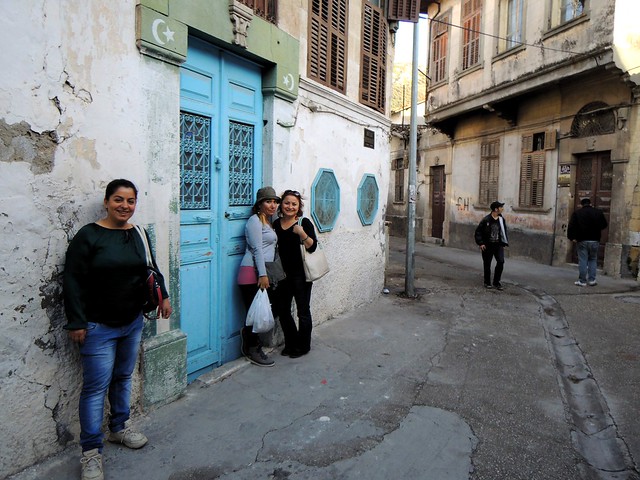 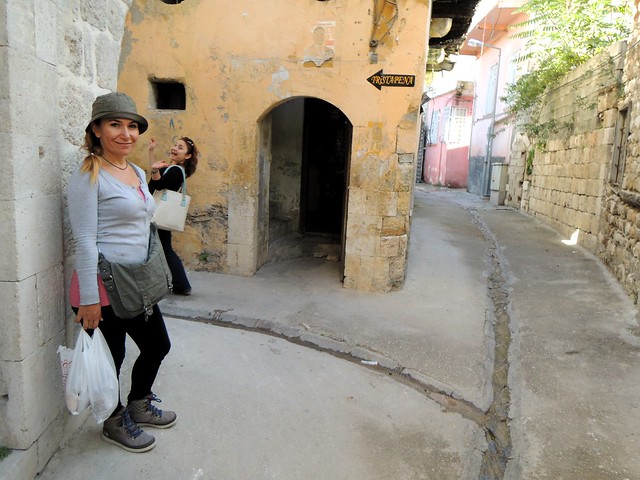 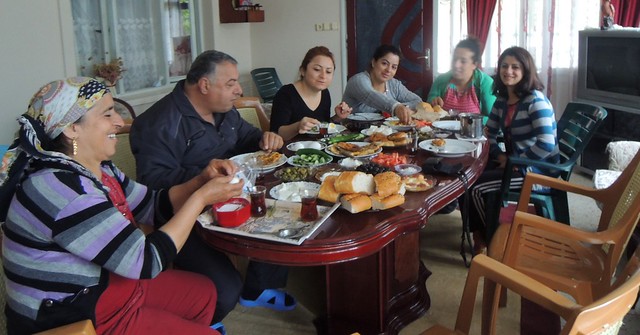 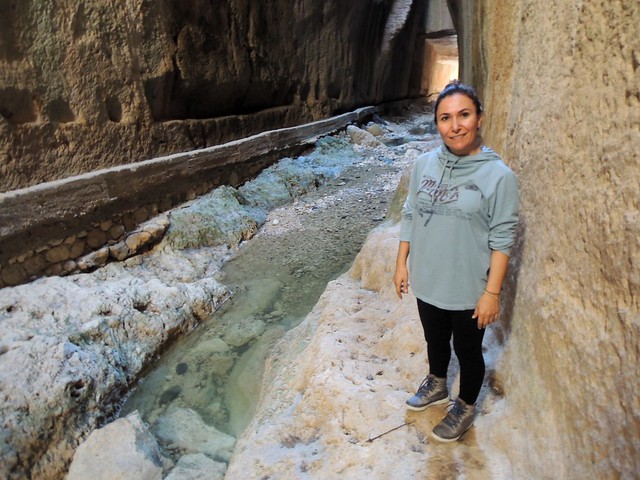 The kevrvansaray/hamam/castle/mosque complex in Payas: 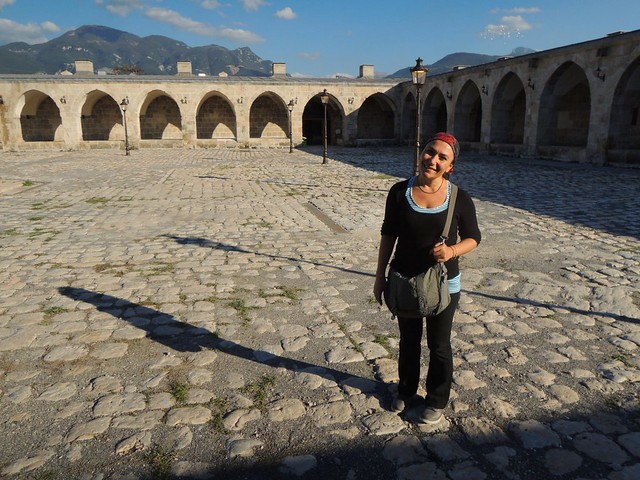 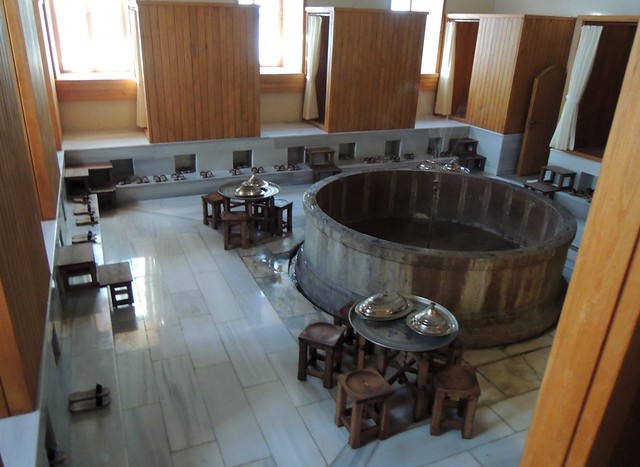 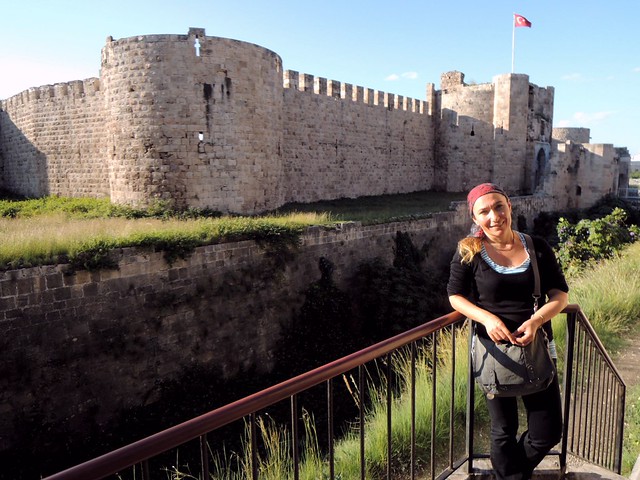 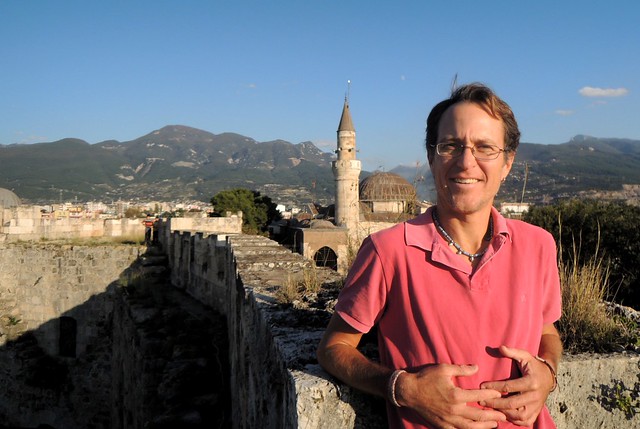 I’ll end with bicycle touring potential.  Check out the scenery on the road between Samandağ and Arsuz.  And the best part is: there’s hardly any traffic because cars can’t make it all the way through.  🙂 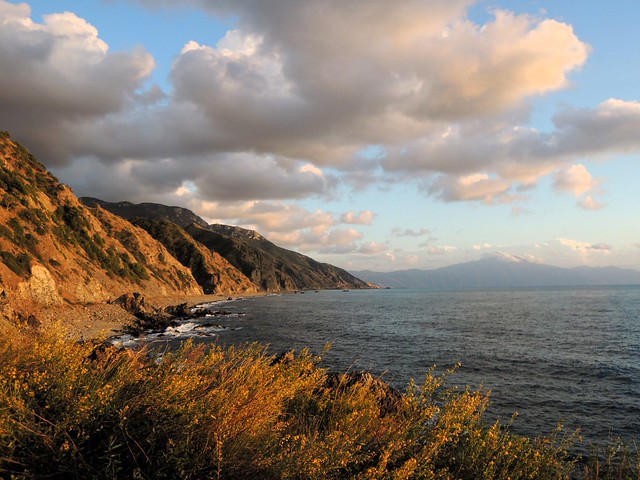 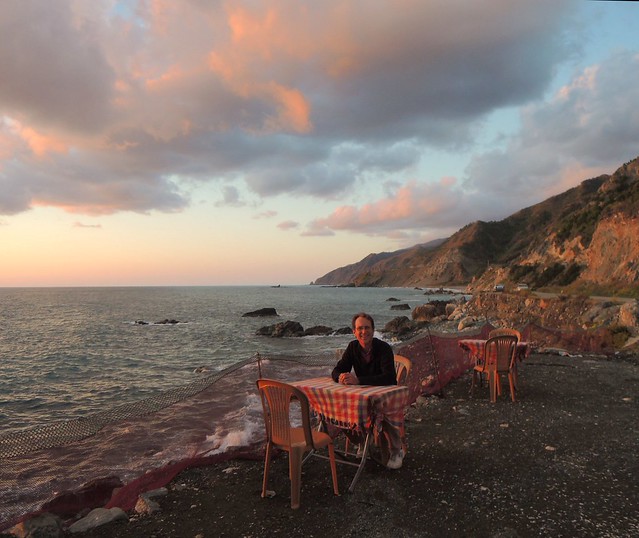 1 Response to A long weekend in Adana and Hatay