Trekking the Kaçkar at Verçenik

Wow, the Kaçkar Mountains are absolutely stunning.  I’ve biked through the Kaçkar, come skiing twice, and hiked to the eponymous summit, the range’s highest.  This summer Ferda and I planned to traverse the range from the Black Sea side to the Çoruh River side and then return via a different route.  We didn’t have a definite plan as it depended on which trailhead we could get to via public transportation and hitchhiking.  However, then we talked with a friend in Antalya, Ahmet, who suggested signing up for a six-day group hike.  It’s free, he said, and they take care of all transportation.

Well, that’s not a price you can argue with, and Ahmet was going as well so we gave it a try.  We ended up having a great six days though not everyone was as pleased with the event as we were.  Some people were disappointed because it wasn’t really a mountaineering event even though it was, at least partially, billed as a mountaineering event.  Other people were disappointed because the walking was too hard.  That, however, is unjustified because it was definitely billed as a backpacking trip, and for a backpacking trip, it was quite easy.  In the six-day trip, we only walked with our packs three days for a total of perhaps 10-12 hours.

The trip didn’t start auspiciously.  We were supposed to go by vehicle to Cimil Yaylası via İkizdere, something I was particularly looking forward to since I had biked up to İkizdere before but chose the road to Büyükyayla and Çağırankaya Yaylası instead of Cimil Yaylası.  However, our leader cancelled Plan A because the road was too bad for the minibuses that were to take us to the trailhead.  Plan B turned out to be to leave late, drive to Verçenik Yaylası, and not do any walking the first day, making it a five-day trip.

Things went uphill from there.  In the morning we walked from Verçenik Yaylası to Kapılı Göller.  In the fog Ferda and I accidentally passed the extremely slow-moving main group and were able to follow the “technical team” up to our camp.  Walking at our own pace was more enjoyable than staying with the slow group.

The following day a subset of our large group made a nominal attempt on nearby 3700m Verçenik Dağı.  Again we walked extremely slowly, but it wasn’t the pace that kept us from summiting.  It was our failure to bring ice axes and crampons.  When Ferda and I left Antalya, we had no plans for a high summit in the Kaçkar so we consciously left the snow equipment at home.  Our friends, Adil and Ceyn (who, coincidentally and happily, were also on the trip), however, were rather miffed.  They had specifically asked about bringing this equipment and were told by the leader that it wasn’t necessary.  Ooops.

As a consolation prize Adil, Ceyn, Ferda, and I climbed an unnamed ~3440m peak the following day.  We navigated with my compass and Ahmet’s 1:40K map with 100m contour interval.  The scale was decent but the contours insufficient in that terrain.  The peak was quite fun since we had no beta about the route and didn’t know if it would actually go until we were practically on the summit.

The following day was a hoot.  As our leaders attempted to guide us through the fog to Tatos Lake (aka Sulak), we got lost.  All day, multiple times.  Hahaha, it turns out that the best (only?) map in the whole group was Ahmet’s, and I might have been the only one with a compass.  Since I had been a bit critical about some decisions on the Verçenik attempt, Ferda suggested I not interfere with the route finding.  By the time Ahmet, Ferda, and I finally did offer to help, it was too late.  We did find the route but missed a switchback (that wasn’t on the map) in the fog and ended up pitching camp at a nearby lake, Adalı Gölü (aka Moçar), as the rain increased.

In the morning we had brilliant weather and a great walk over a small pass to Tatos Lake.  Had we found the route in the fog the day before we would have missed some terrific scenery.  From the lake it was all downhill to Çicekli Yaylası where our minibuses were waiting.  Back in the provincial capital of Rize we were treated to a yummy fish lunch, somehow also included in the (free) price!  Ferda and I said goodbye to new friends and spent one more night in Rize before our 23-hour bus journey back to Antalya. 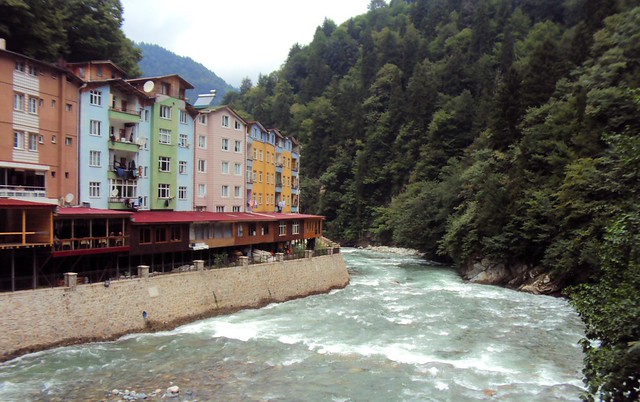 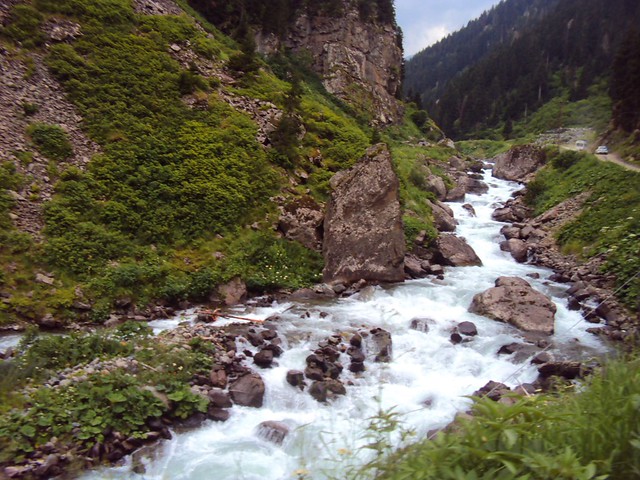 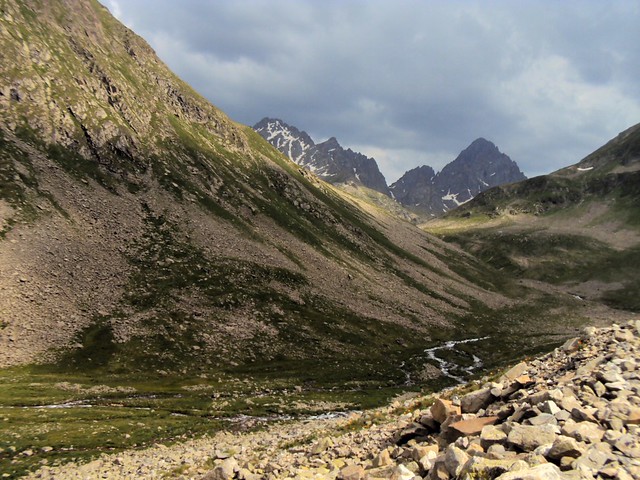 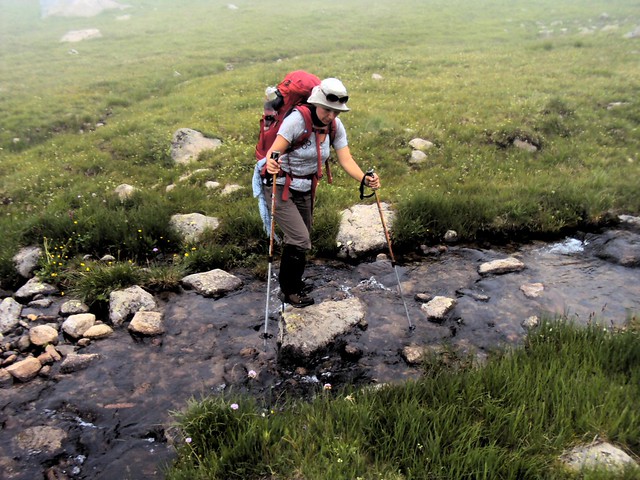 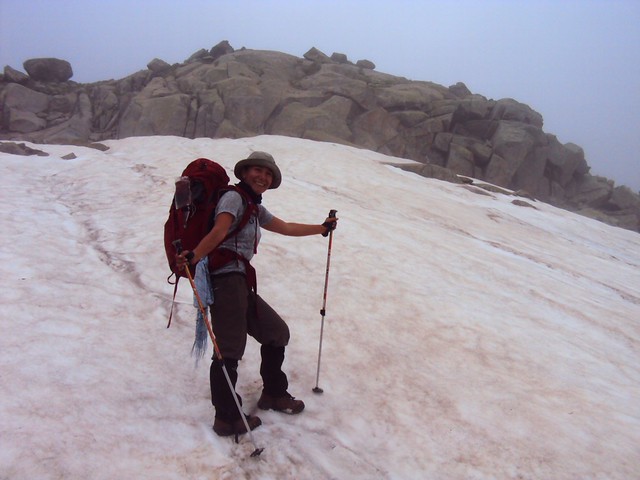 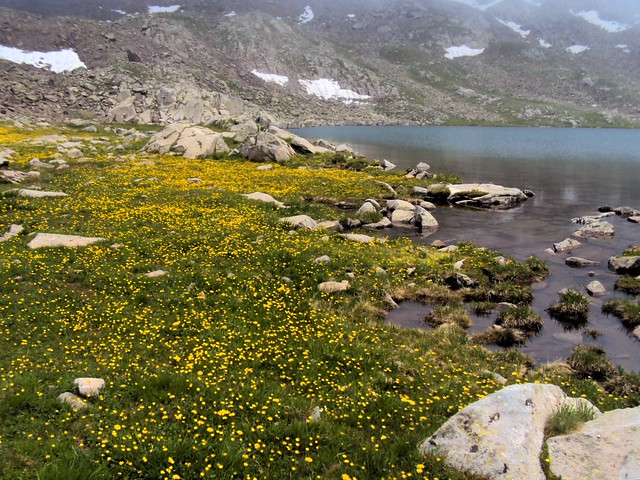 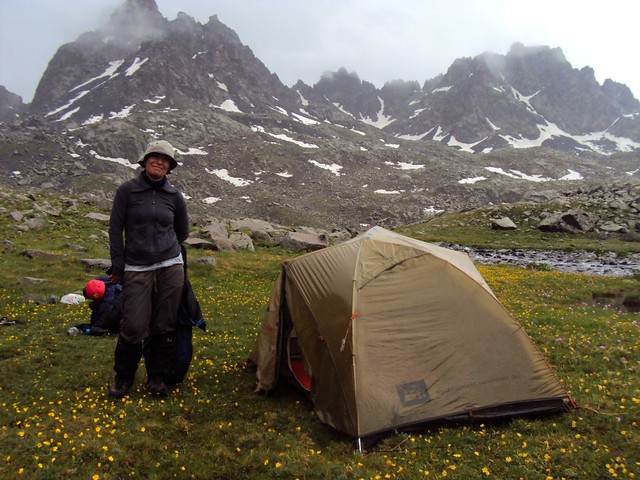 Scenery near where we camped for three nights: 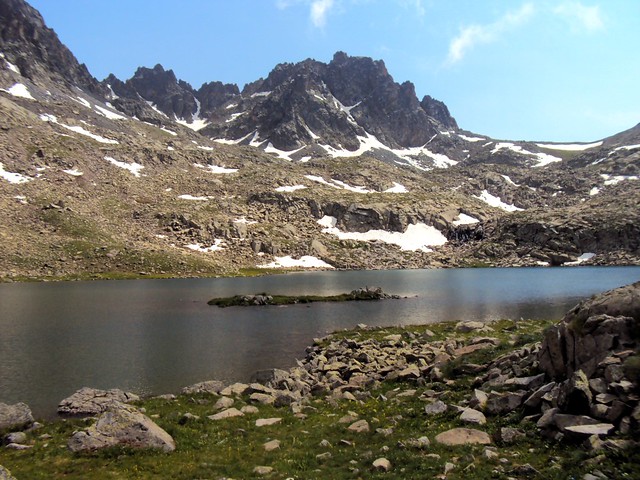 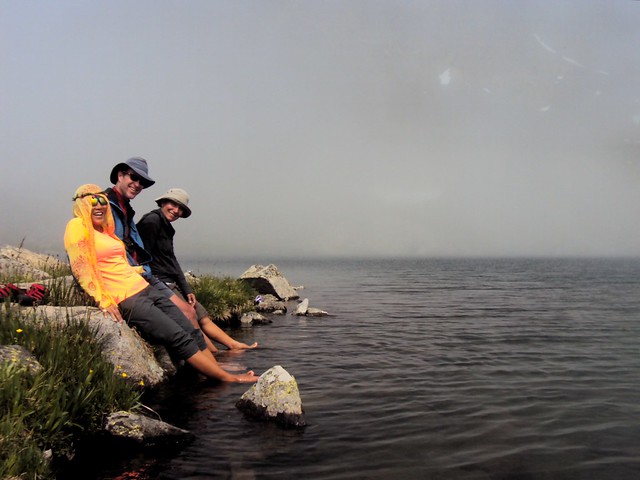 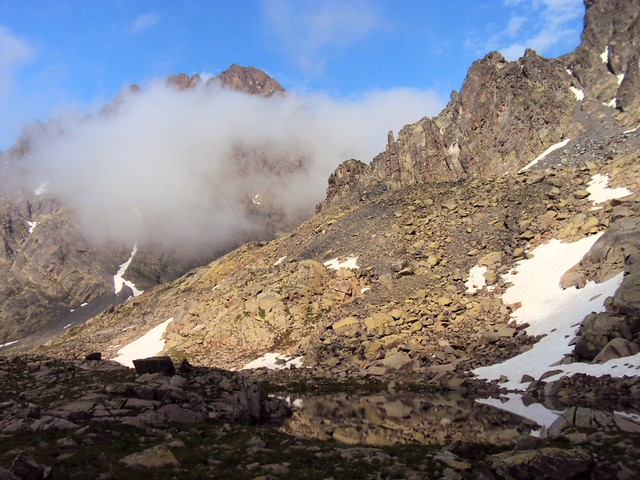 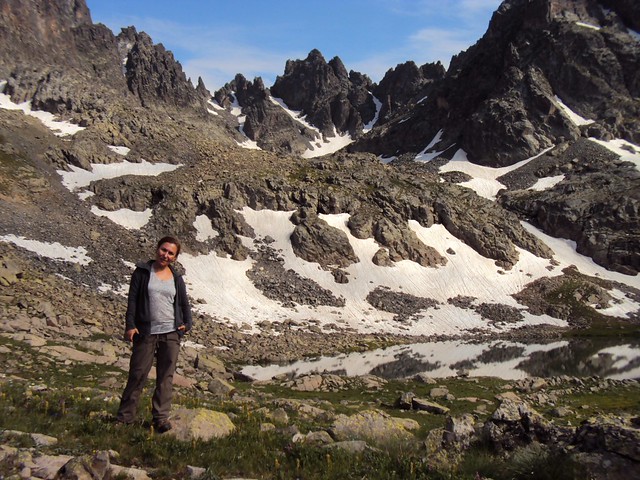 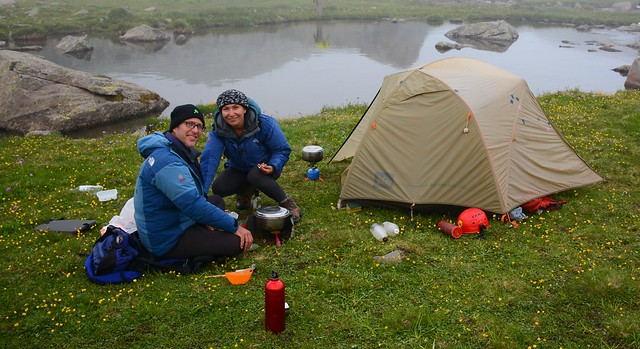 The snow that thwarted us on Verçenik: 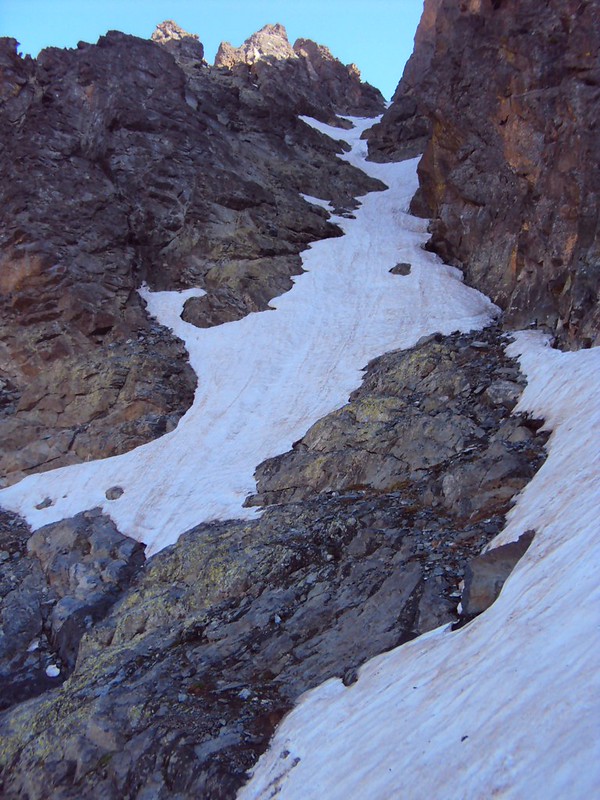 Afternoon walk to yet another nearby lake: 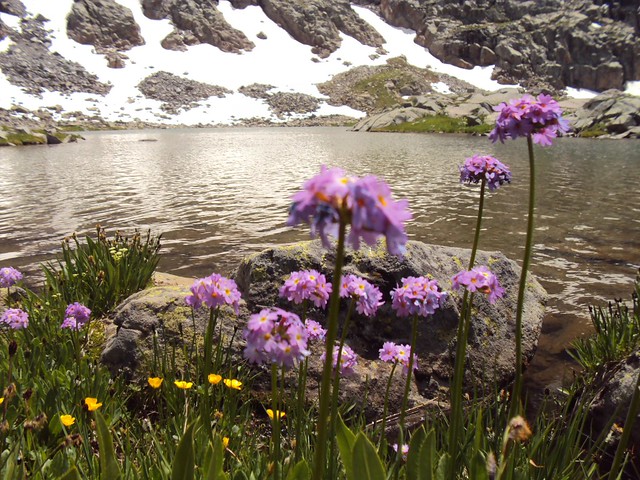 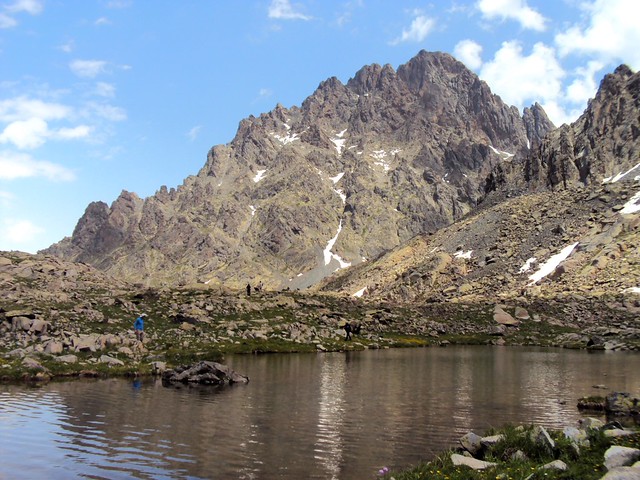 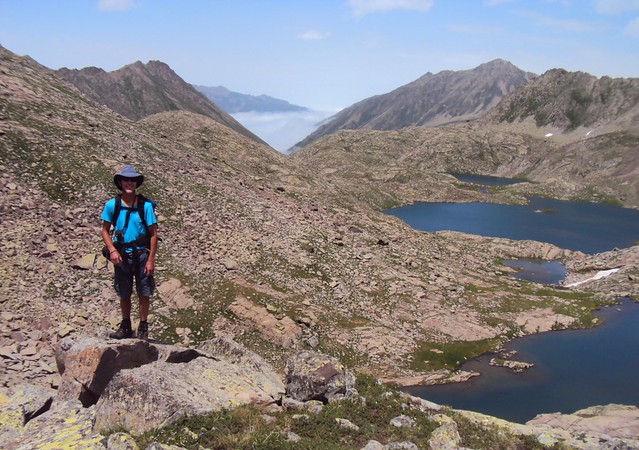 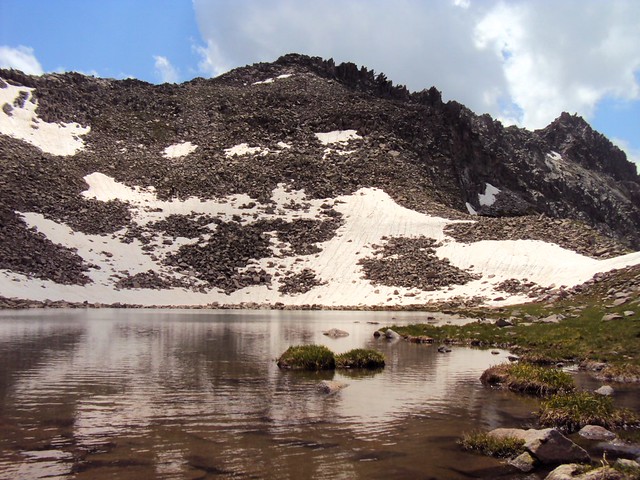 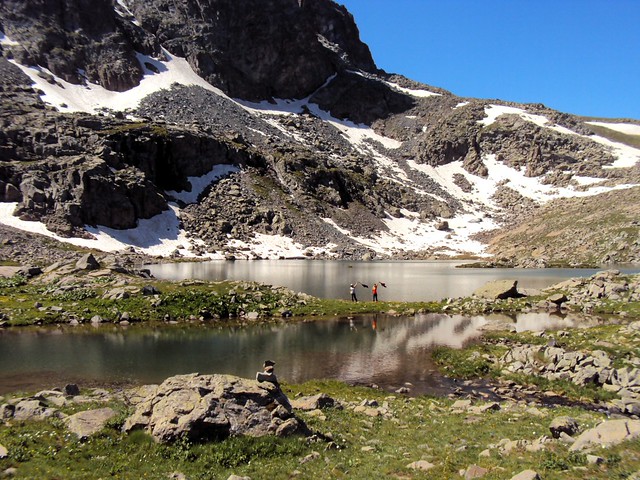 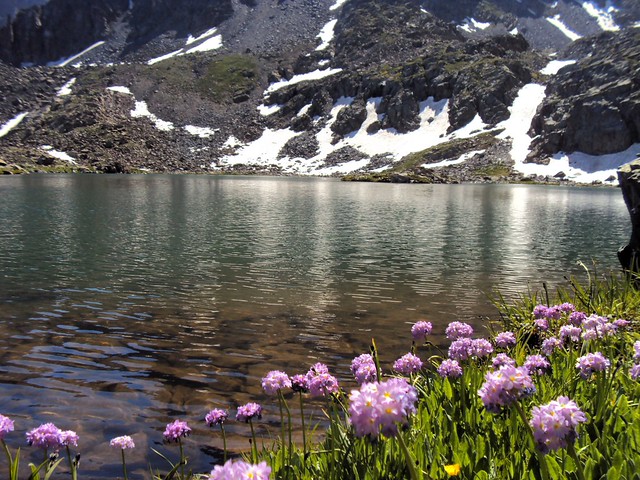 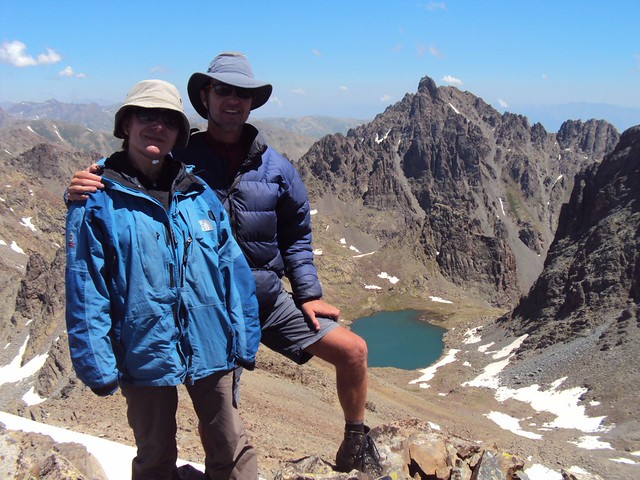 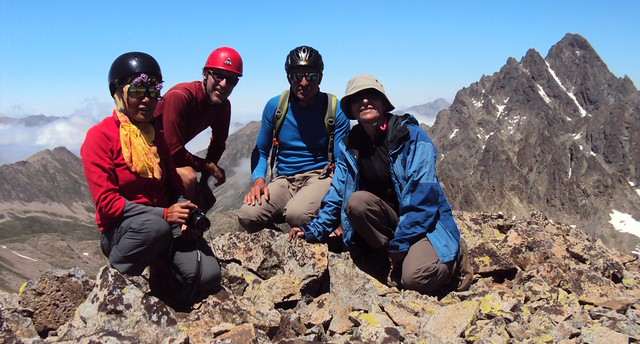 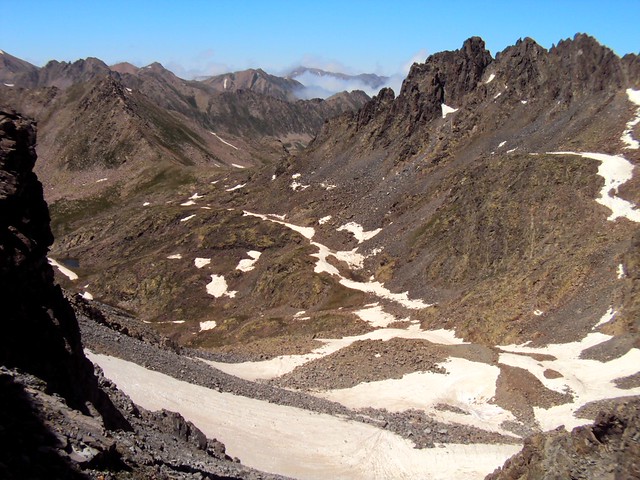 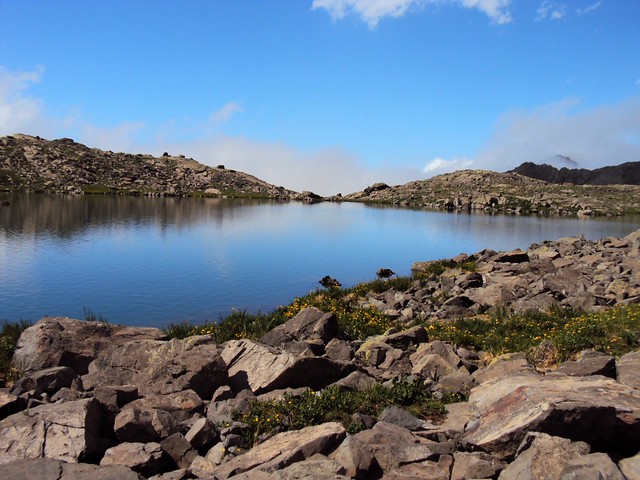 One day lost in the fog: 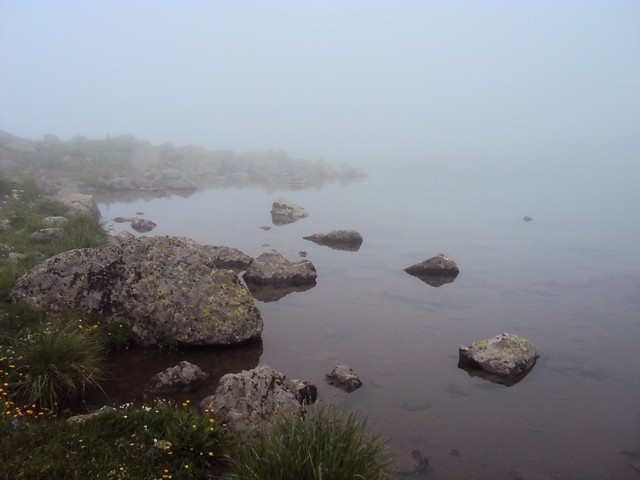 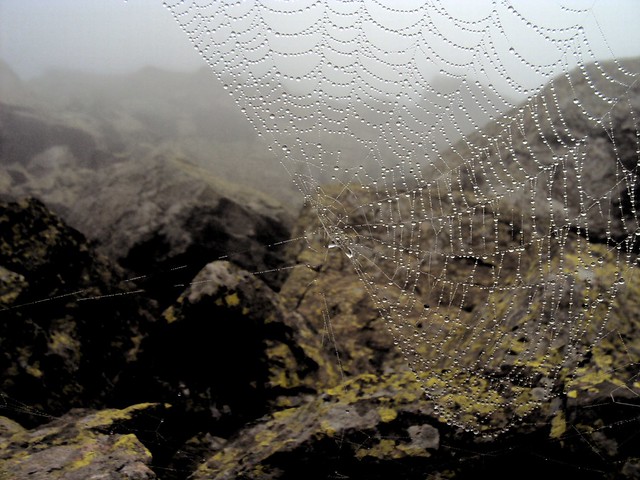 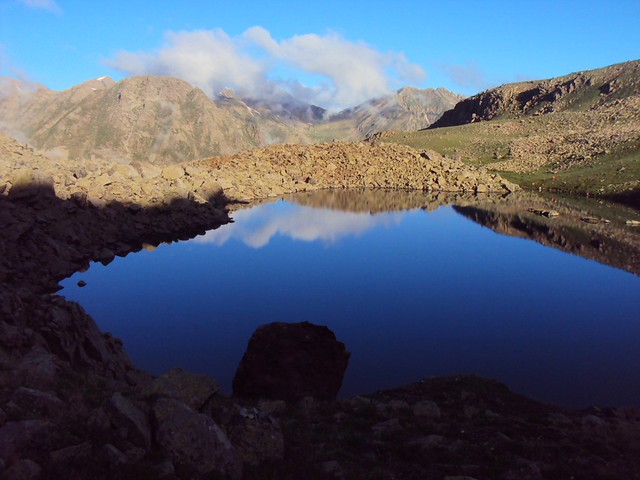 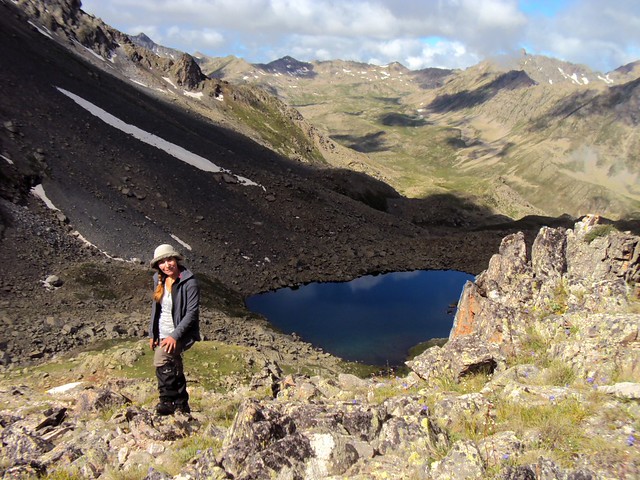 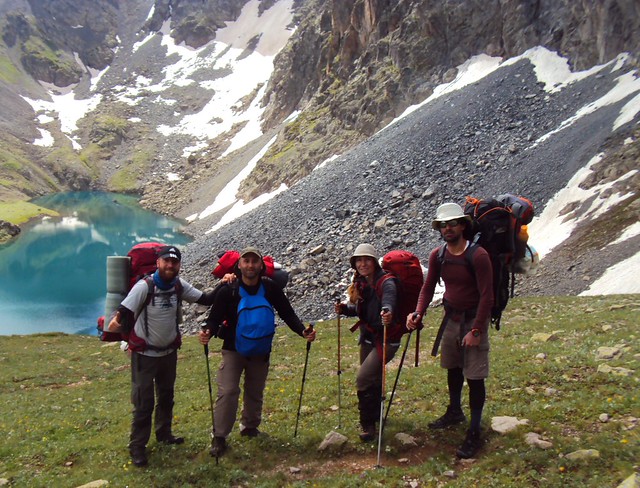 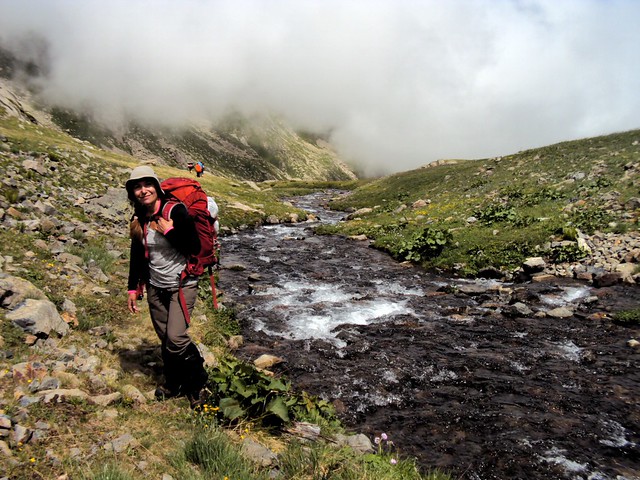