Auto-touring: Boulder, a little caving, and west to Arizona

When Ferda and I originally started making plans to come to the US, we weren’t going to visit Colorado.  It was too far from California, and it was going to be the middle of winter, the most uncomfortable time to visit Boulder.  It was important for me that Ferda liked Boulder, and I figured coming at the beginning of January would perhaps give us the lowest chance of that.  Boy, was I wrong!  The only place we visited in the US where Ferda thought she’d like to live was Boulder.  It may not be so pedestrian-friendly by world standards, but for the US, well, Boulder does a decent job.

In Boulder we stayed downtown with Cher and Bill and their new son, Reed.  They graciously hosted a party one night where Ferda was able to meet a lot of my friends.  And even though it snowed a day or two before we arrived in Boulder, it was warm enough to get out on bikes and show Ferda the city.  A livable city, great hospitality, friends, good weather — there’s a lot to like in Boulder.  Visiting the downtown Boulder Public Library cinched the deal for Ferda.  She was blown away and didn’t want to leave.  I think she was about to cry as I was showing her around the library.  Plus there was an exhibit of Maurice Sendak drawings in the gallery!

About the only thing we did besides visit friends downtown was a short hike in Eldorado Canyon State Park.  It was chilly that day, but of course there were climbers out on the sunny cliffs.  Hopefully we’ll be back soon. 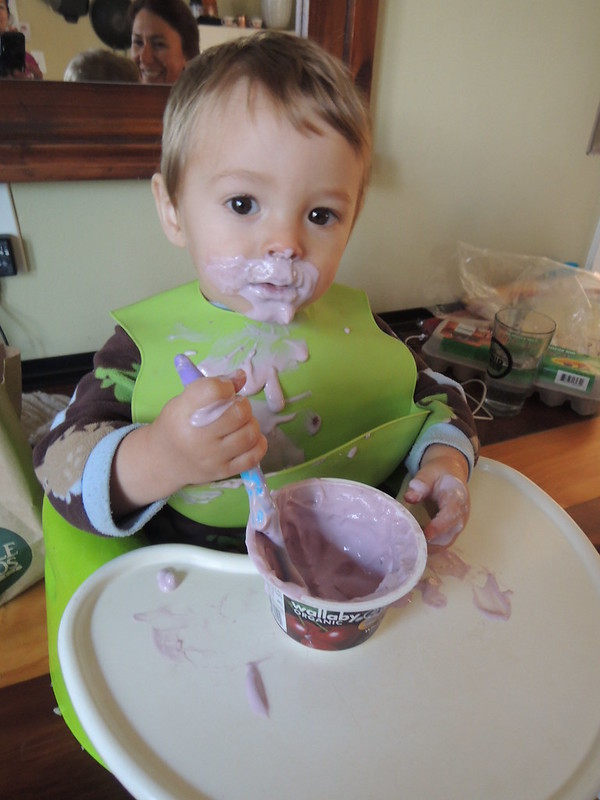 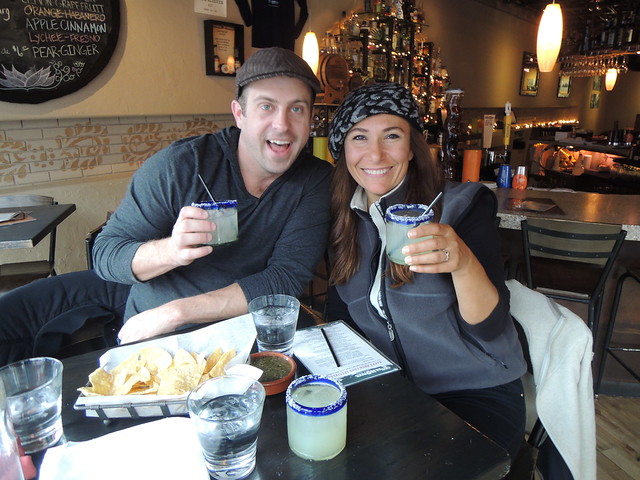 On our trip east from California we came through northern Arizona and Utah.  We decided to drive back via southern New Mexico and southern Arizona.  One night at Mountain Sun before leaving Boulder, Briana suggested that we take the Hall of the White Giant Tour in Carlsbad Caverns NP.  Briana’s a caver, the one who sent Zane and me to Fulford Cave a few years ago.  When I asked her to point out the Fulford Cave entrance on the map, she said, “don’t worry.  The trail’s huge.  You can’t miss it.”  Hahaha.  It had snowed a bunch the night before, and there was no sign of the trail.  Zane and I couldn’t find the cave, but that’s another story.

I’d follow Briana anywhere, and she was totally right about the White Giant.  We had two NPS tour guides and no other clients — just Megan, Ferda, and me!  Carlsbad Caverns really is a spectacular place — I think I’ve been three times — and I highly recommend their off-the-super-beaten-path tours (this was my second).

NPS hooked us up with all the equipment.  The tour starts innocuously enough but then gets narrower and narrower until you’re slithering along on your stomach making forward progress by pushing with your toes along the ground. 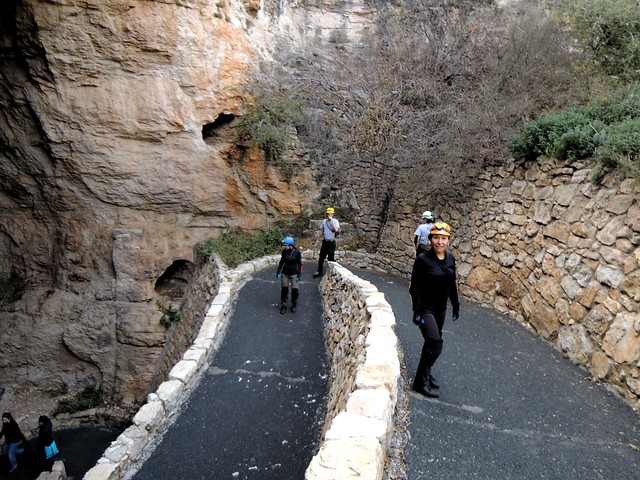 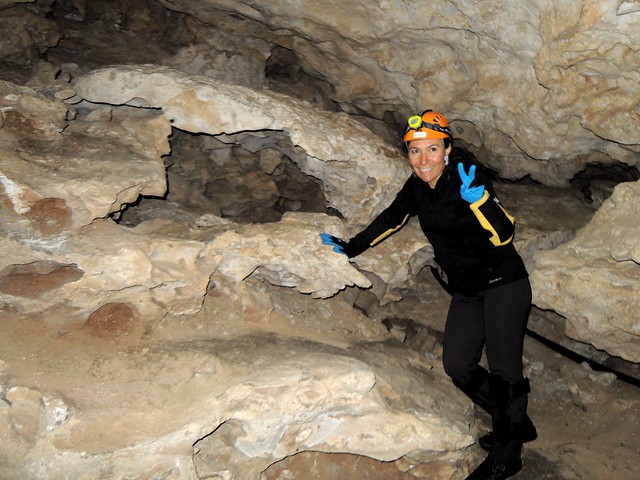 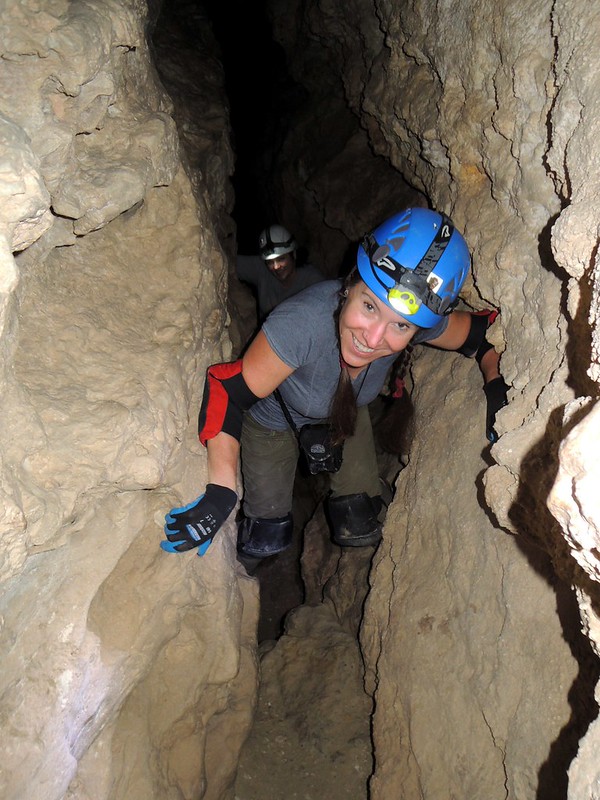 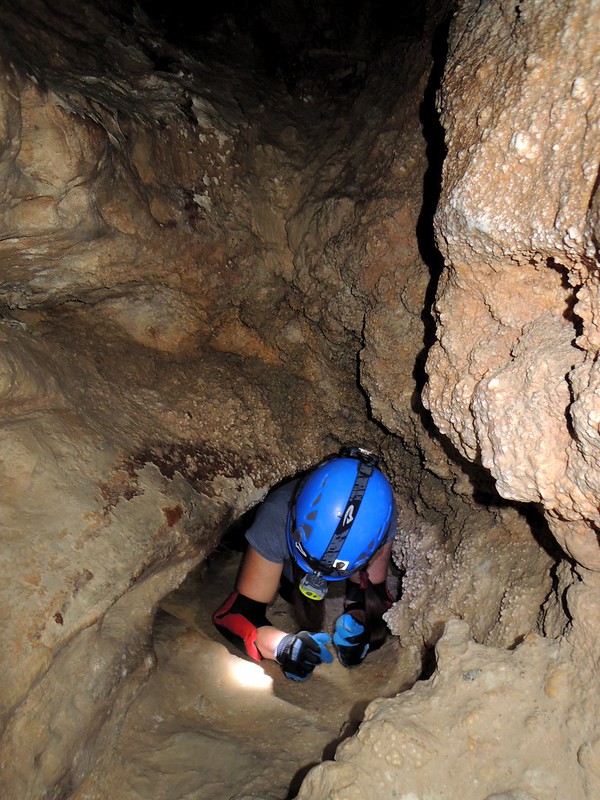 Hall of the White Giant: 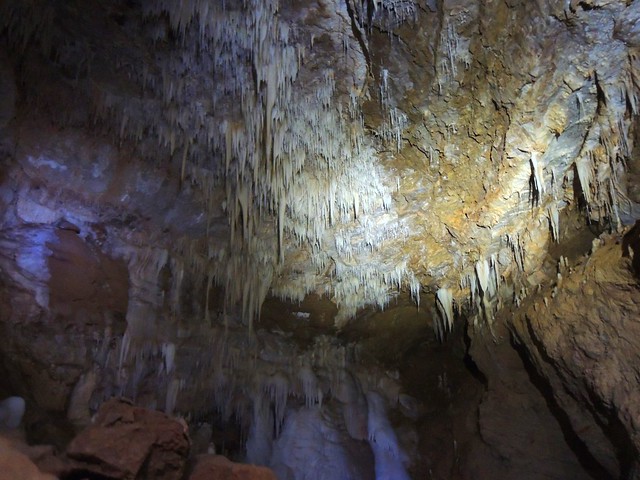 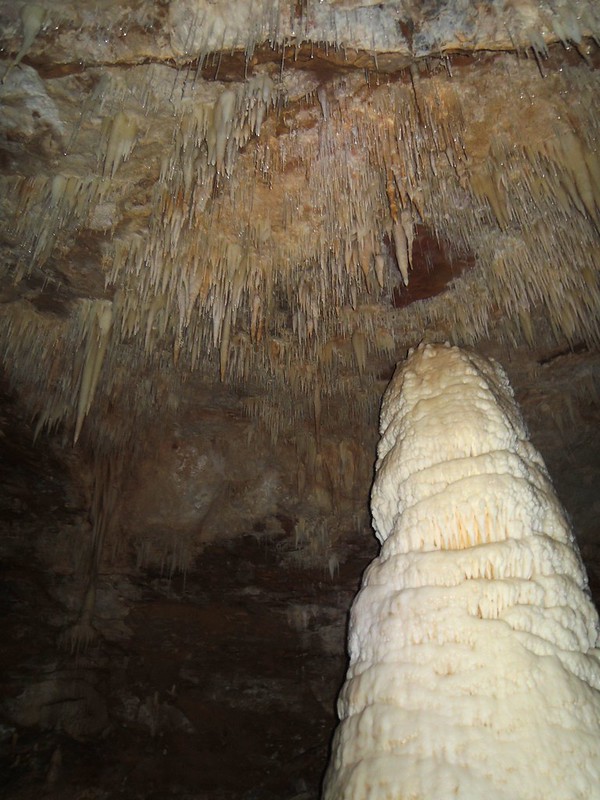 Since our group was so small, our guide, Josh, generously offered to take the NPS-provided gear back to the Visitor’s Center, giving us a chance to see the Big Room at the bottom of the cave.  Normally this wouldn’t be a big deal, but the elevators weren’t working, and we wouldn’t have had enough time for all that walking up and down just to return the gear. 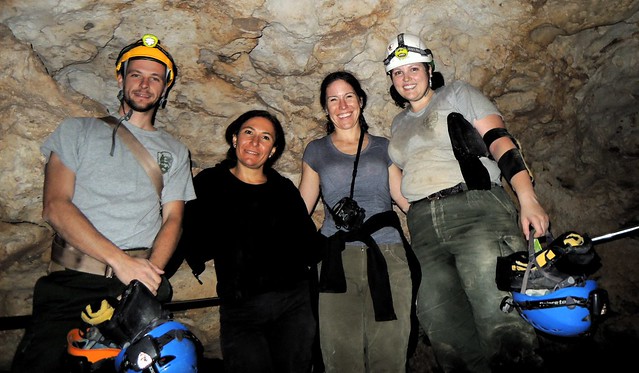 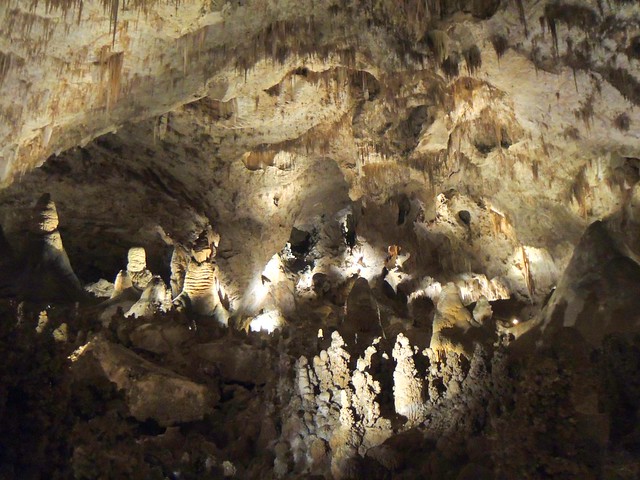 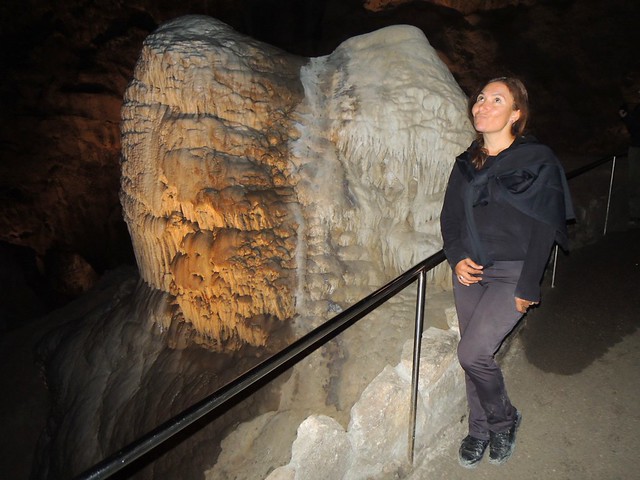 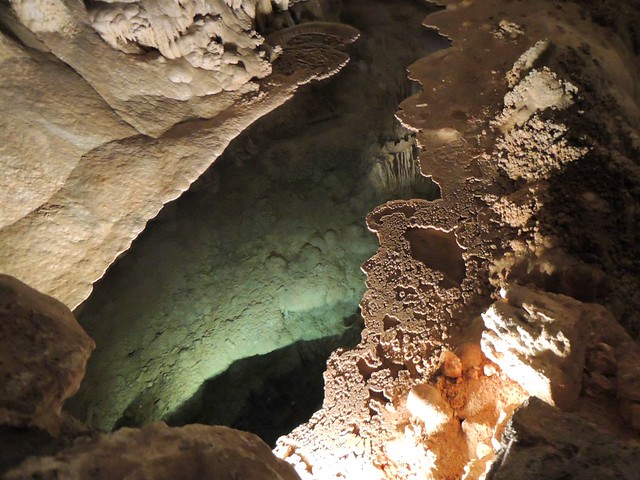 We continued our road trip west, testing the limits of Megan’s car on Wilcox Playa. 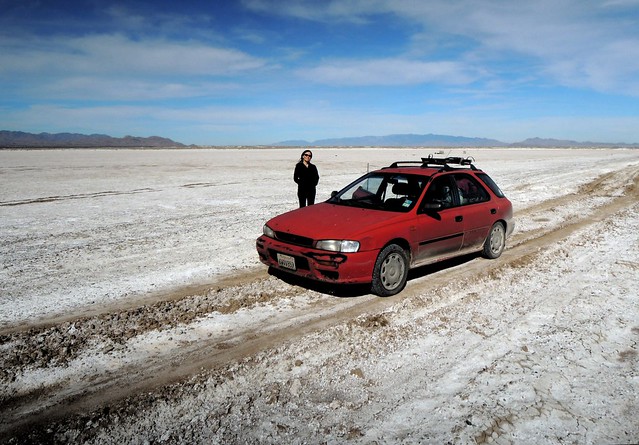 Then we took a short walk through Saguaro NP: 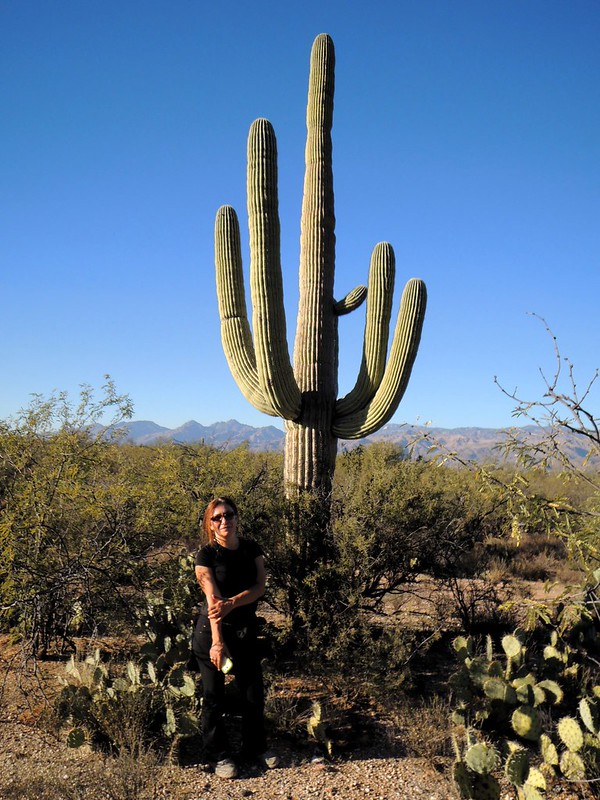 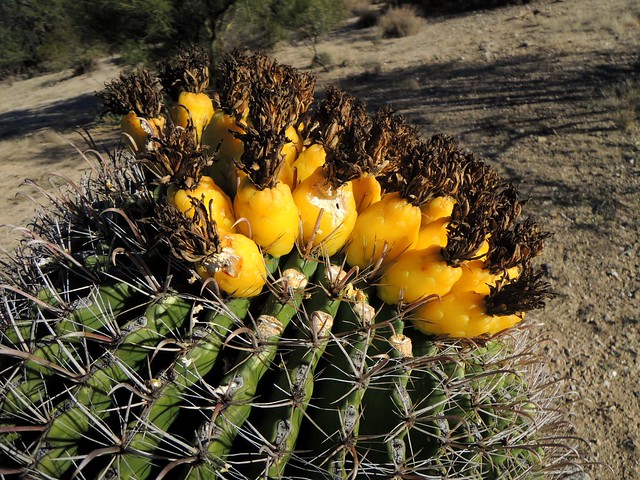 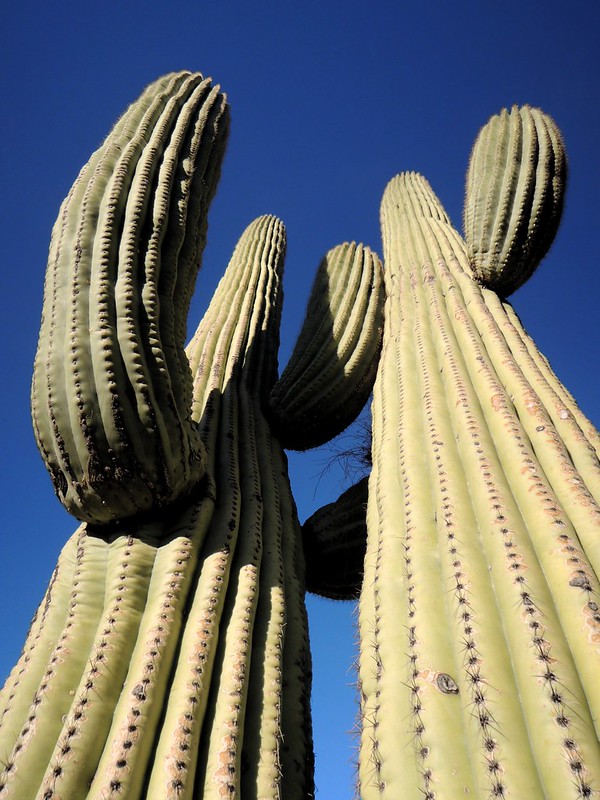 before rolling into downtown Tuscon, Arizona, our next stop.

3 Responses to Auto-touring: Boulder, a little caving, and west to Arizona