Following the footsteps of Father Kino

On this road trip we usually just camped where we wanted, often looking for places after dark since we were covering big distances and it gets dark so early in the winter.  This isn’t always the most comfortable, and Megan didn’t always like the places that we chose to spend the night.  At some places near the US-Mexico border — the area around Hachita, Animas, and Cotton City comes to mind–, it seems like we saw more border patrol vehicles than people.

In Tuscon, however, we stayed in a private room in a hostel for three nights.  One interesting aspect of this was Ferda being able to experience another slice of US society.  At my parents’ place in Newport Beach and visiting my friends in Boulder, Ferda mostly met people with university education, good jobs, and incredible knowledge of the world.  Staying at the hostel were mostly single men, some finding day jobs in Tuscon, others looking for work in Tuscon, hoping the prospects there were better than where they had come from.  There were a few other travellers like us, but that seemed to be the exception.  Everyone was friendly, of course, and most people were curious to hear from Ferda how life is in Turkey and if the political situation really is as bad as the news says it is.

And, breakfast!  Hahaha.  Anyone who’s been Turkey knows how serious the Turks take their breakfast.  Our hostel was “breakfast included” which meant some employee (probably a volunteer getting lodging in exchange for work) mixed waffle mix with water in a huge bowl and plugged the waffle iron in.  Self serve: pour a large spoonful of batter into the waffle iron and, if there’s any left, pour syrup on the waffle when it’s ready.  Tahdah, breakfast!

On the other end of the spectrum is the beer selection in the US.  Ferda was constantly amazed by the wide choice of beers, and how in every city, the selection was different.  We found great beers and a great selection at bars or restaurants in Newport Beach, Boulder, Tuscon, and San Diego.  Each restaurant had a selection that rivals anything you’d find anywhere in Turkey.  Or even Germany for that matter: during our recent trip to Hannover, it was the same narrow beer selection over and over.  The variety of beers in the US is quite incredible.

These beers are at Ermanos in Tuscon where there are 34 beers on tap and many more available in bottles: 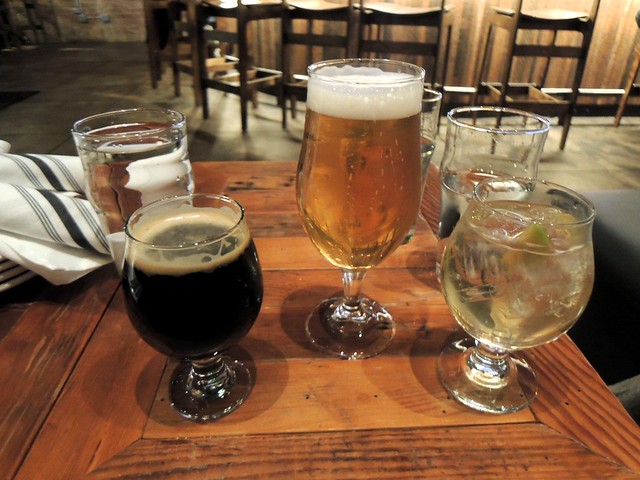 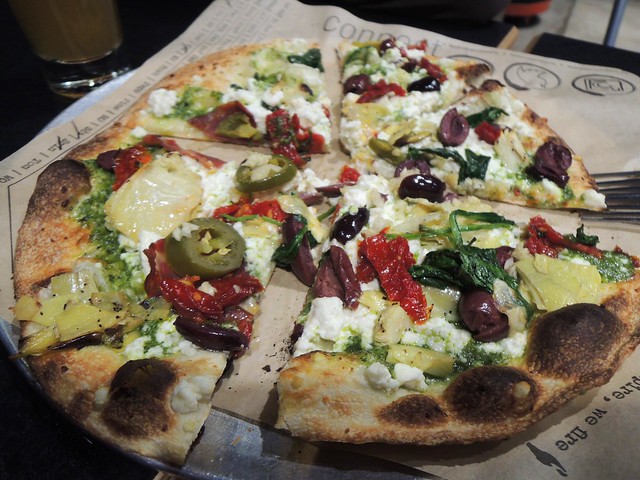 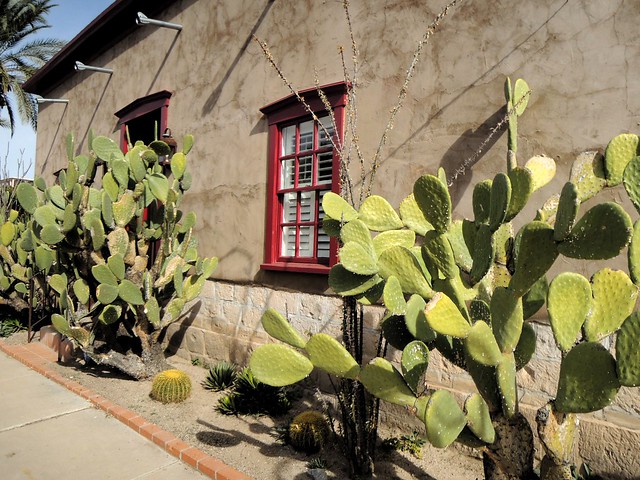 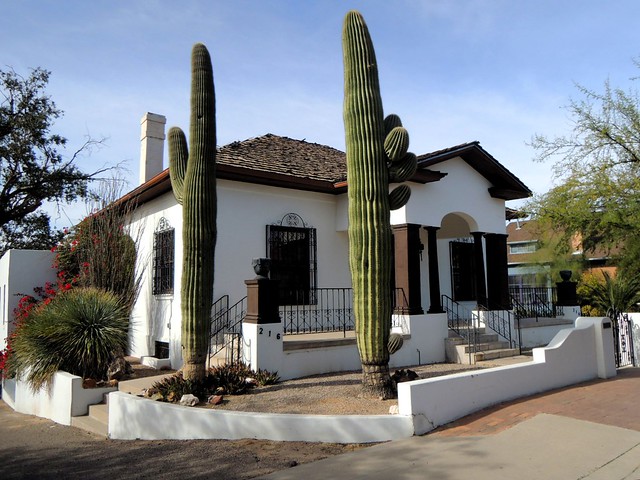 We enjoyed walking around downtown Tuscon, but any trip to Tuscon is not complete if you don’t visit the Arizona-Sonora Desert Museum.  It had been over 25 years since my last visit to Tuscon, and I always remembered that museum as one of my favourites anywhere.  Well, it is.  We spent six hours there this visit and wished we could have spent longer.  I recommend getting there early.  We did catch one of their famous raptor shows.  My favourite part was the cactus gardens.  The minerals are quite impressive, and many people come just for the animals — it could almost be considered a zoo rather than a museum.

I think this might be a barn owl (at the raptor show): 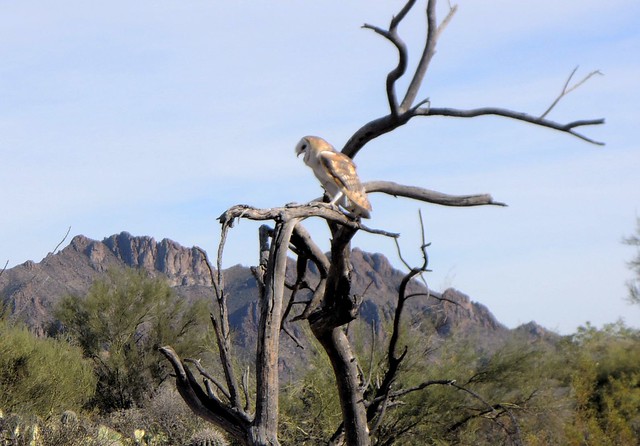 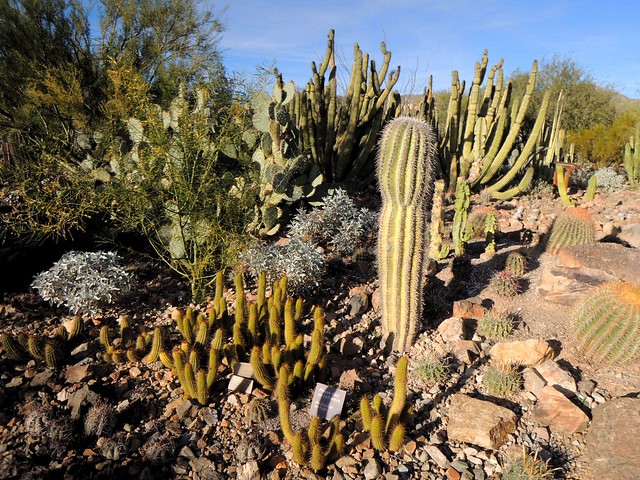 From Tuscon we started heading south, following a string of missions/churches in the Pimería Alta established by the Jesuit missionary Father Eusebio Kino.  As Spanish missionaries go, he was a good guy.  It seems like he worked with and for the Native Americans, trying to protect them from some of their rulers’ abuses.  How different could our history be if most of the Europeans who came to the Americas had been like that? 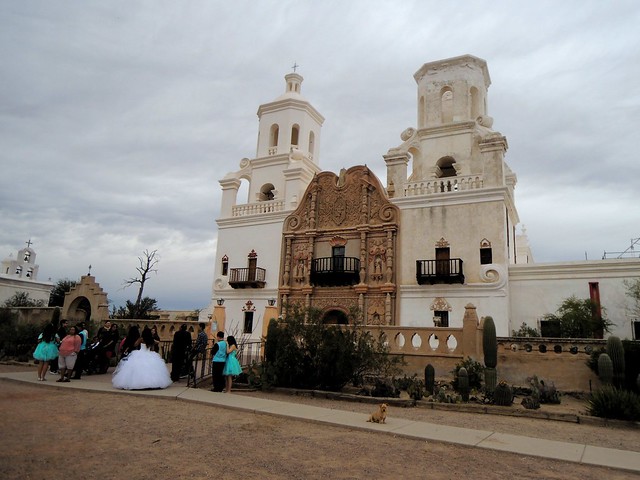 where Ferda stuck her foot in her mouth, asking the girl in the white dress if she wasn’t a bit young to get married.  And so Ferda learned about quinceañera from a half-Yaqui half-Mexican girl who spoke English.  Father Kino worked with many Native American groups.  The common ones still in the area we visited are the Yaqui and the Tohono O’odham (Papago when I went to school, but I guess that’s an unkind term).

The following day we were the only visitors on a cold morning at Tumacácori National Historic Park, where we saw another of Kino’s churches. 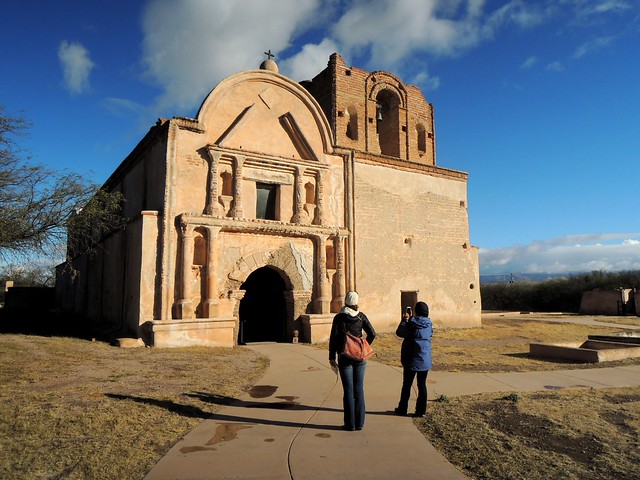 The final four Kino churches we visited were in Sonora.  We crossed the border at Nogales, Ferda’s first entrance into Mexico.  We were hoping for warmer weather since we were, of course, in Mexico.  Well, it started hailing as we sat down for tacos in Nogales.  ¡Bienvenida a México, Ferda!  Our next Kino church was at San Ignacio as the unfriendly weather continued. 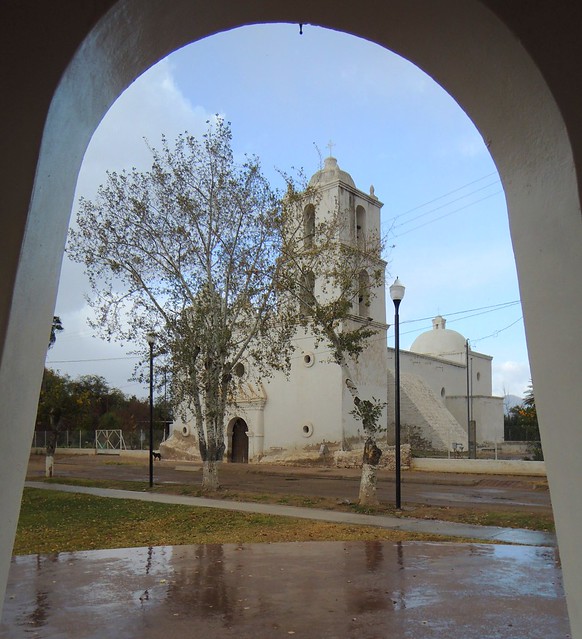 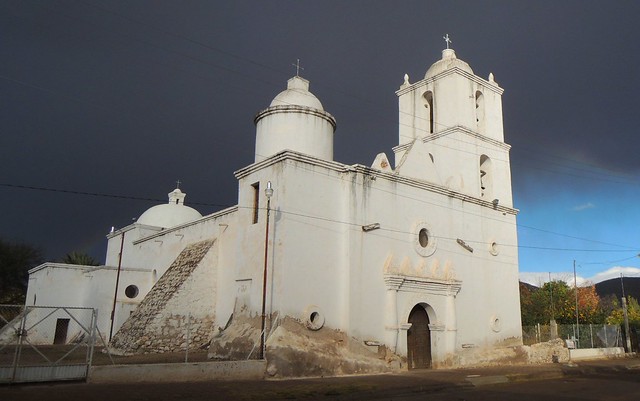 I was pretty hopeful that our next stop, Magdalena de Kino, where Kino himself died and is buried, would be a fun town, a place to spend a little more time.  However, even though Magdalena de Kino is part of SECTUR’s Pueblos Mágicos program, one day was enough there. 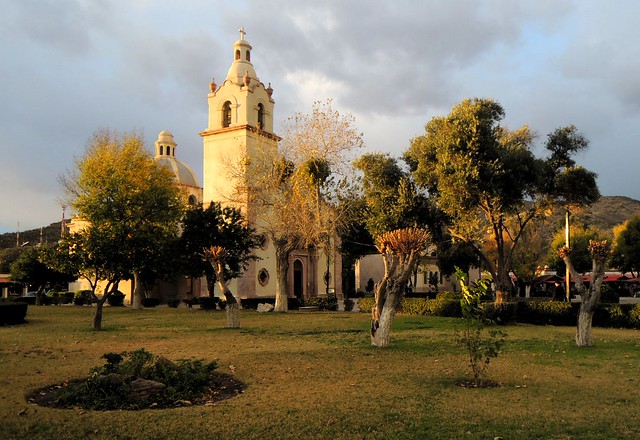 Our Kino mission tour ended with the churches in Pitiquito and Caborca. 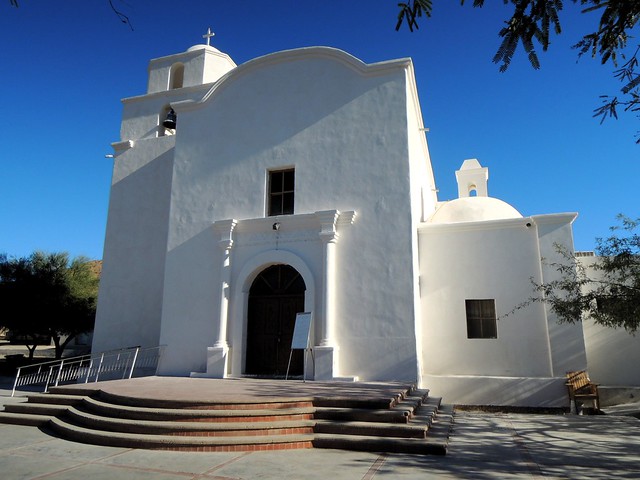 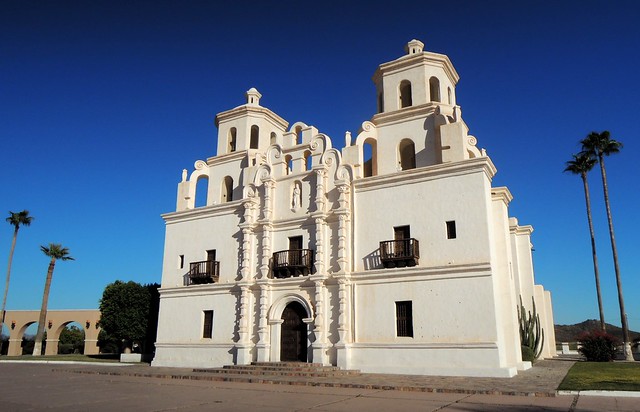 It sounds like there are a number of other interesting churches a bit farther north (from Caborca), but we made a point of avoiding roads and areas that the US State Department said to avoid.  Maybe as legal marijuana in California takes some profits from well-armed self-protected criminals, some of these regions of northern Mexico will become less violent. 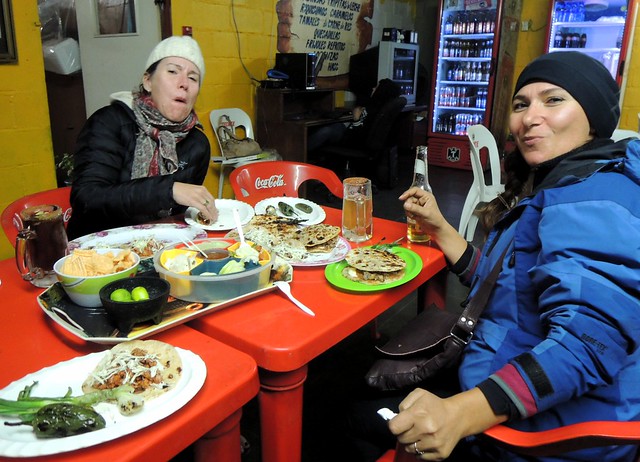 1 Response to Following the footsteps of Father Kino