Before coming to Spain, I didn’t realize what a pig-crazy country it was.  The variety of pork sausages and salami in the markets is quite amazing.  And if you want, you can simply by a whole cured leg.  There were dozens of these in every market, making me think there must be a pig leg in every home in Spain. 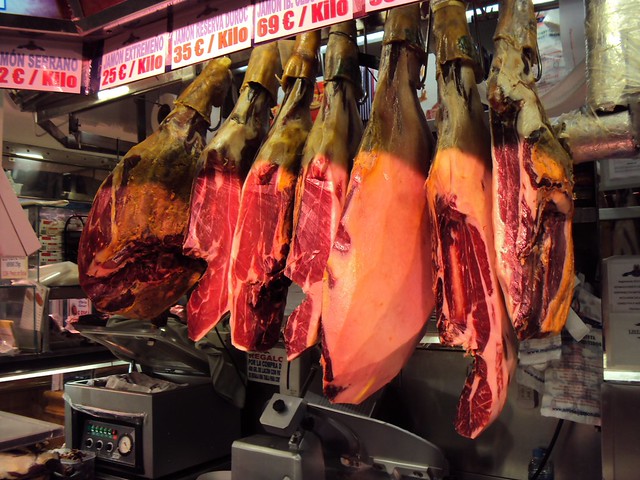 Before ending up in someone’s kitchen, all these pigs, of course, have to live somewhere.  The rolling land of Castilla y León is apparently a good place.  We actually rarely saw live pigs, but we could smell them as we pedalled by the warehouse-type buildings that must have been full of pigs. 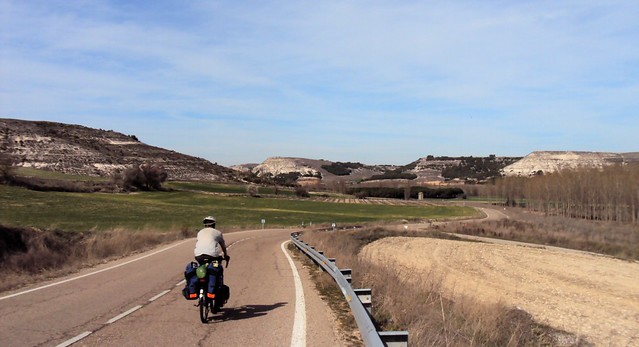 If it were just pigs and rolling hills, this area could be pretty boring for cycling, but it isn’t boring at all.  We went through one beautiful village after another, many of which had castles, castles that looked like they were straight out of a fairly tale.  One of the amazing ones was Segovia’s Alcázar: 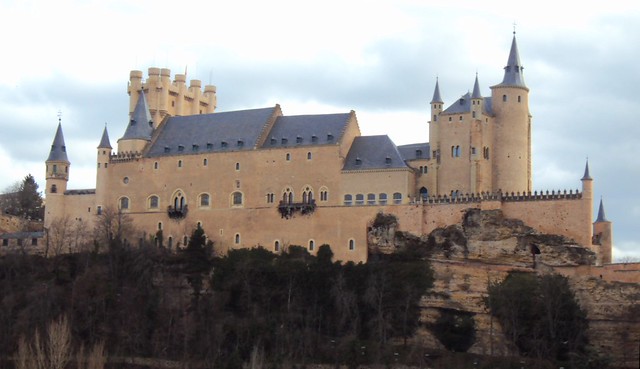 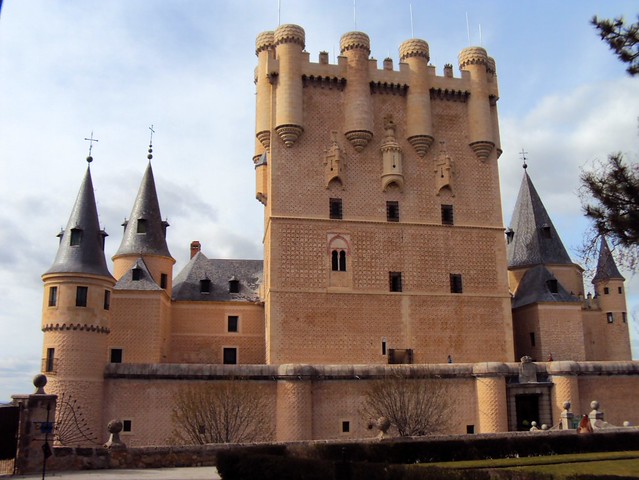 We didn’t go inside most of the castles, and there were so many that at times I didn’t even bother to take photos. 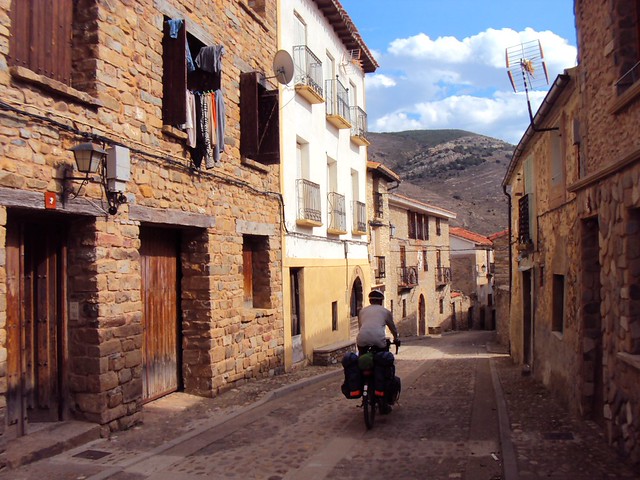 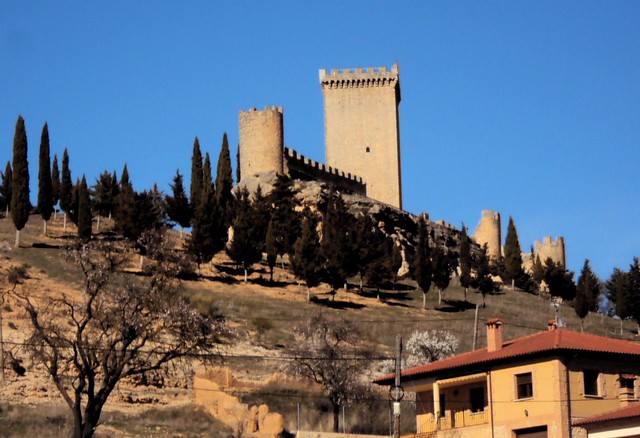 The castle at Peñafiel was famous enough that it made it into Kurt’s tiny Pocket Guide to Spain so we made an extra effort to get there.  Castles in Spain are like Roman ruins in Turkey — there are so many of them that they don’t know what to do with them.  Something like this in North America would surely be a historical park, likely full of tourists — Lunenburg comes to mind as an example.  Some castles in Spain are now used as tourist hotels, others simply sit empty.  The one at Peñafiel now houses a wine museum. 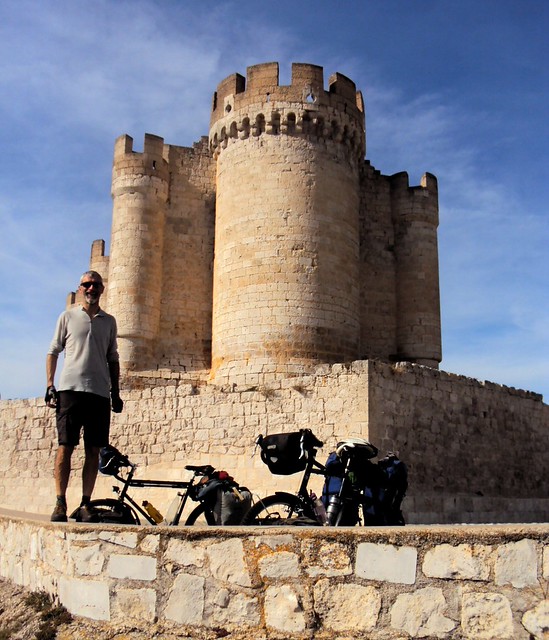 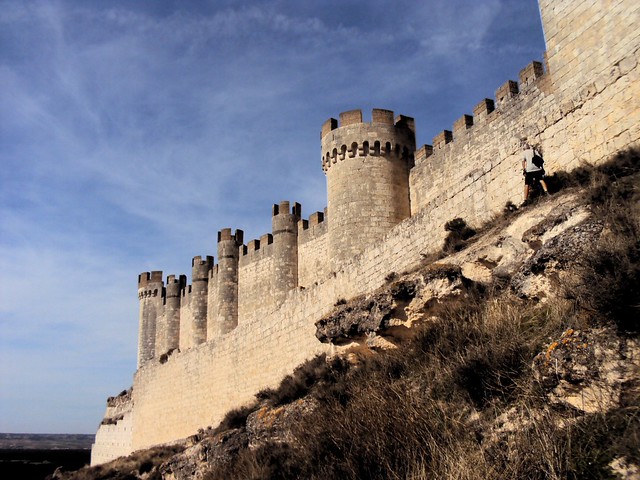 One afternoon as a storm moved in, we fought the wind to make it to Olite, marked as an “interesting place” on the map but not mentioned in the guidebook.  Olite is a great town with what turned out to be our favourite castle.  Kurt and I spent a couple hours exploring its many rooms and towers.  The king in Olite was more interested in parties and a lavish palace lifestyle than in military campaigns, creating a legacy that many consider “one of the most luxurious medieval castles in Europe”.  Clever man.  He even built one of the towers just as a play place for his kids! 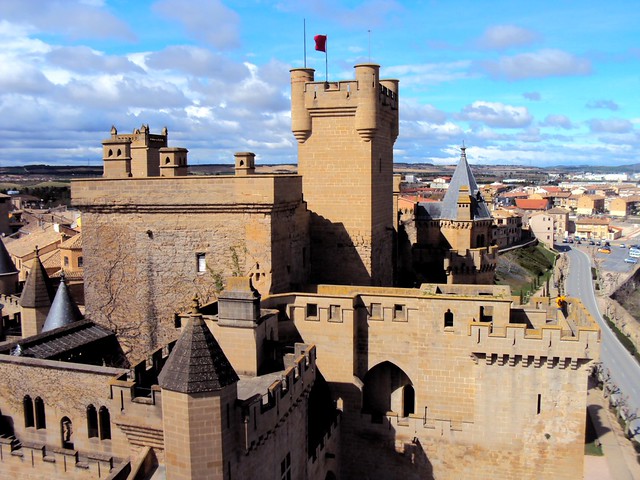 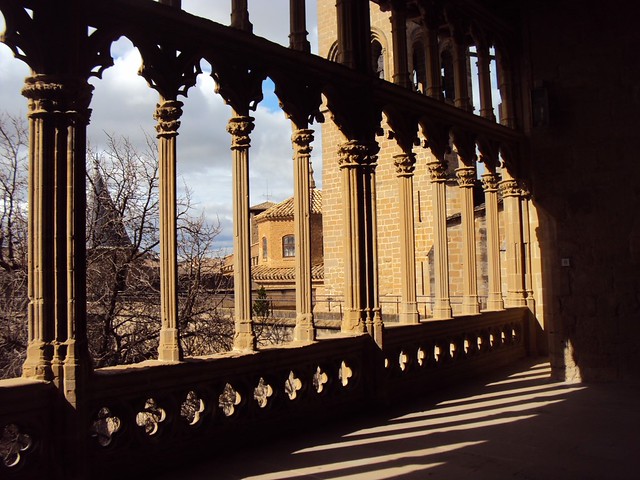 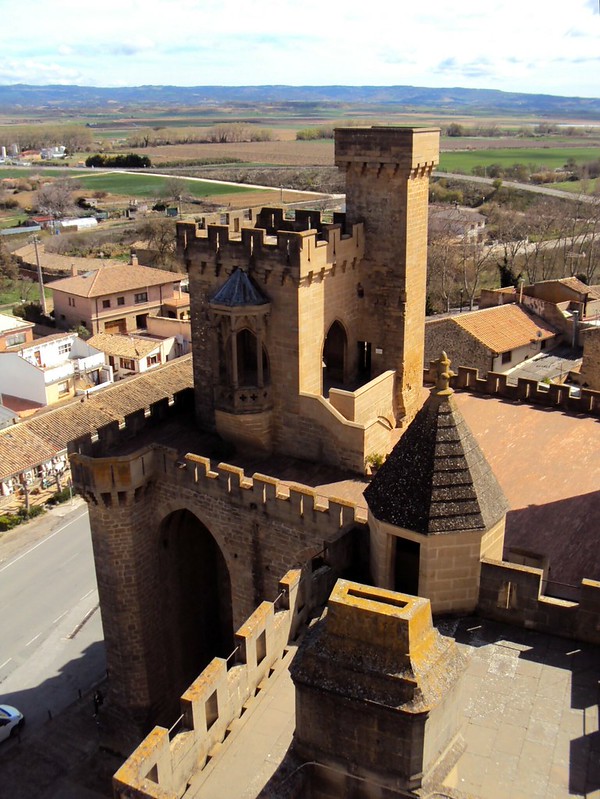 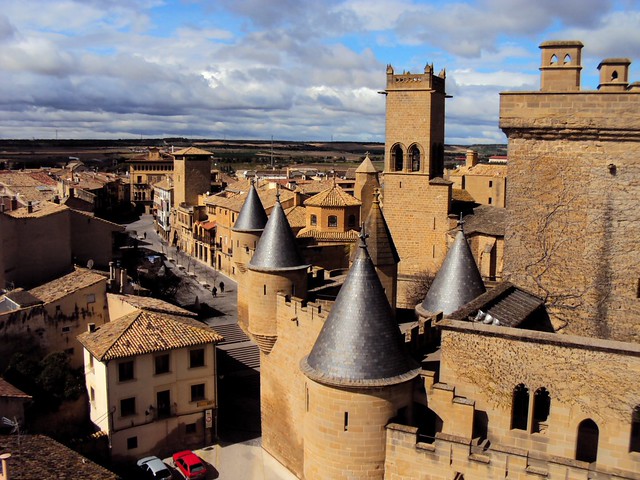 We still had the headwind when we left Olite, but then as we pedalled into the Basque area in the foothills of the Pyrenees, we got into a stretch of brilliant March weather.  It was warm enough to convince us that maybe March isn’t too early to ride some high passes in the Pyrenees… 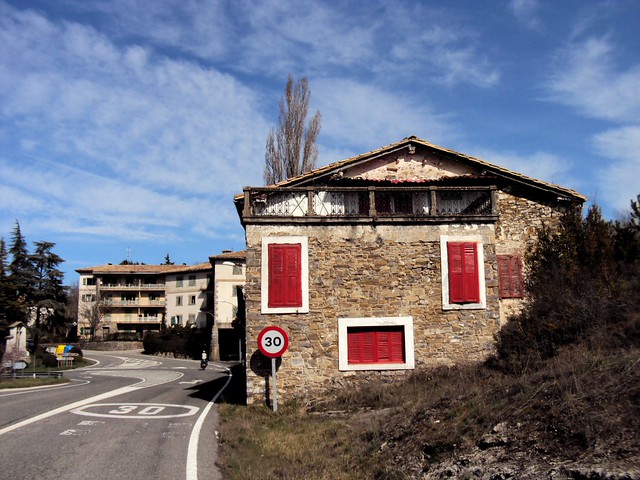 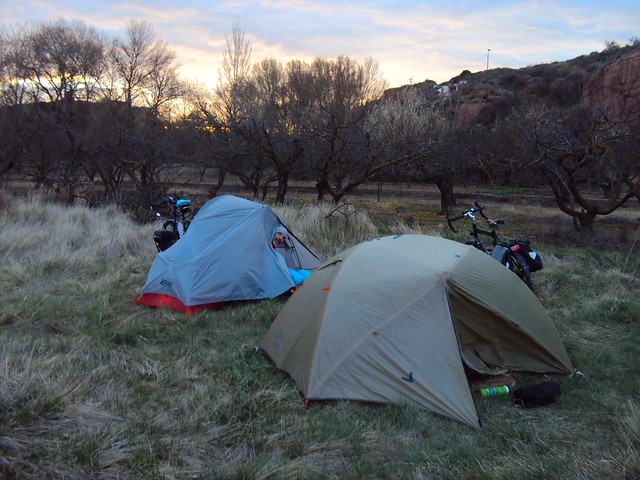 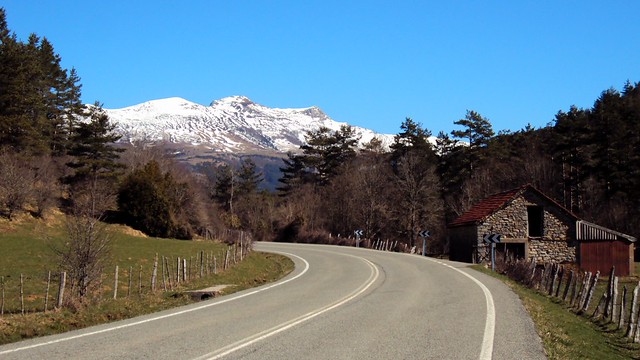 This entry was posted in Bicycle touring, Spain and tagged Olite, Peñafiel, Segovia. Bookmark the permalink.