The end of Spain: Andorra to Barcelona

Before coming to Spain the place I was most looking forward to visiting was Barcelona.  Everyone seems to rave about the city, sometimes referring to it as “a giant outdoor museum”.  Sadly, of the places we visited in Spain, I liked Barcelona least.  It was probably partly a case of having high expectations.  It didn’t help that the staff at the hotel where we stayed were not accommodating or welcoming.  To me the city felt a bit like a circus.  We came into Barcelona from the hill at Tibidabo with a large modern church and views of Barcelona obscured by amusement park rides. 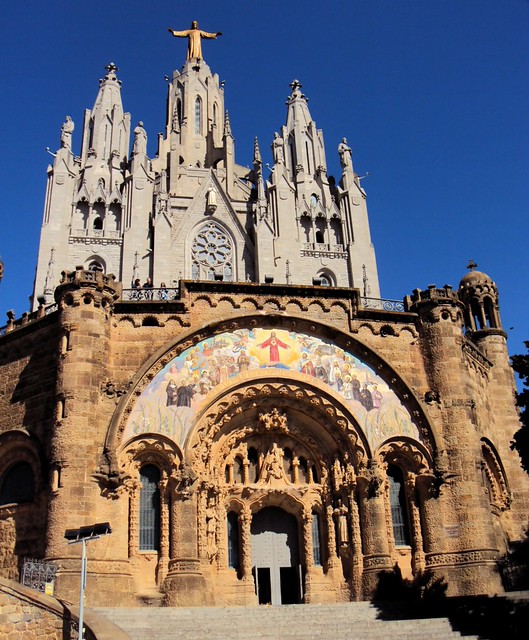 See?  It kind of looks lie a circus, doesn’t it?  Those two photos were taken from the same place.

Barcelona’s #1 must-see site is La Sagrada Familia.  Ostensibly it’s a church, but it felt more like Disneyland or Las Vegas to me.  The block was surrounded by a circus of tourists popping in and out of McDonald’s (or Burger King or KFC — they’re all there) with their butterscotch sundaes.  The building will feel complete when there’s a roller coaster cruising through its numerous towers like up at Tibidabo.  Here’s a young Turkish woman climbing up on the railing to get a better photo: 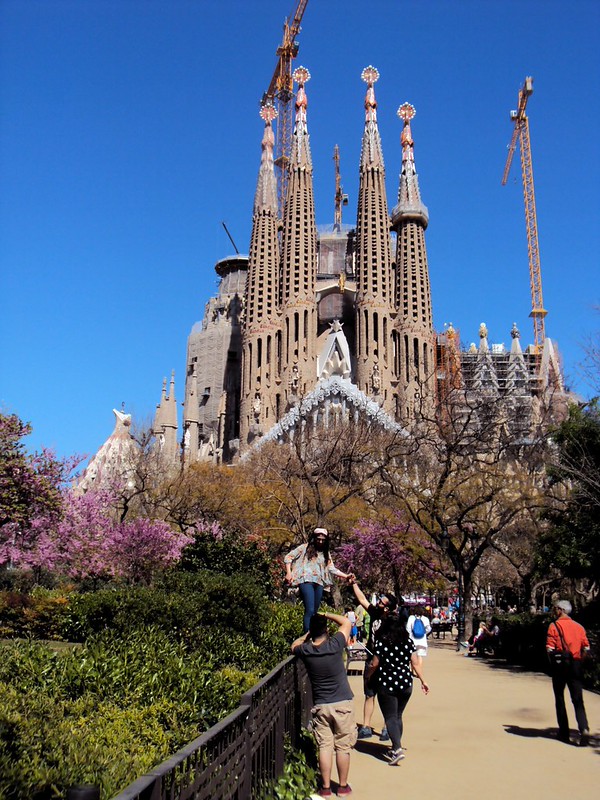 Before further complaining about Barcelona (or indeed showing some of the many nice photos I took in the city), I’ll explain how we got there.  Kurt and I came out of the high passes in the Pyrenees knowing we were cutting it a close with a forecasted storm.  We ended up spending three nights in La Seu d’Urgell.  We walked around the pleasant town, made perhaps the slightest bit famous by hosting the canoeing events for the 1992 Olympics. 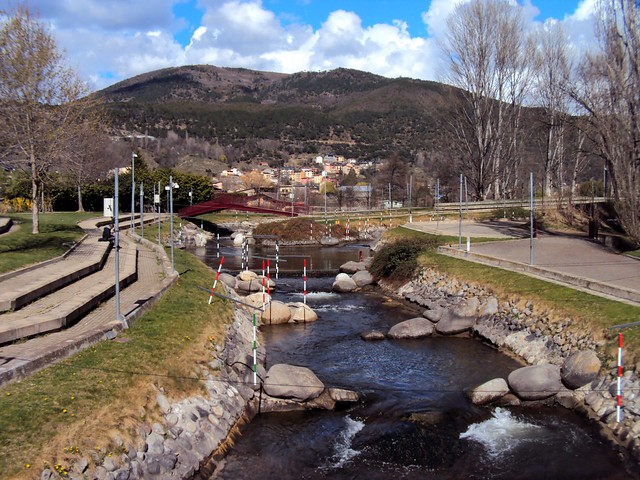 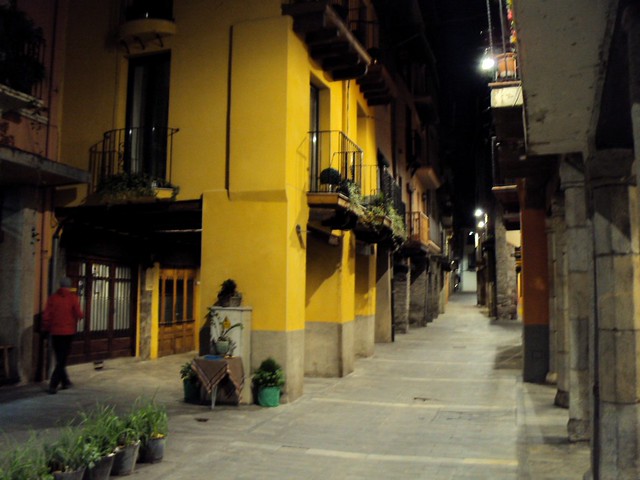 On our second layover day, we cycled up to the rather small country of Andorra which sounded, well, pretty awful from what we had read.  We ended up having quite a nice day, visiting a surrealism exhibit at the Tobacco Museum in Sànt Julia de Lòira and the former parliament building in the capital, Andorra la Vella.  Andorra is a rich country and gets a lot of its money from tourism and banking.  There are also huge cigarette sales with apparently much lower taxes than in neighbouring France and Spain.  However, as our guide in the parliament building explained, in order to import so many cigarettes to sell, Andorra must also grow quite a lot of tobacco (according to an EU customs law?).  However, the climate’s too cold for good tobacco so, as our guide continued a bit embarressed, Andorra’s tobacco crop is grown only for the right to import and sell cigarettes.  The crop is then destroyed at the end of the year.  A bit surreal, isn’t it? 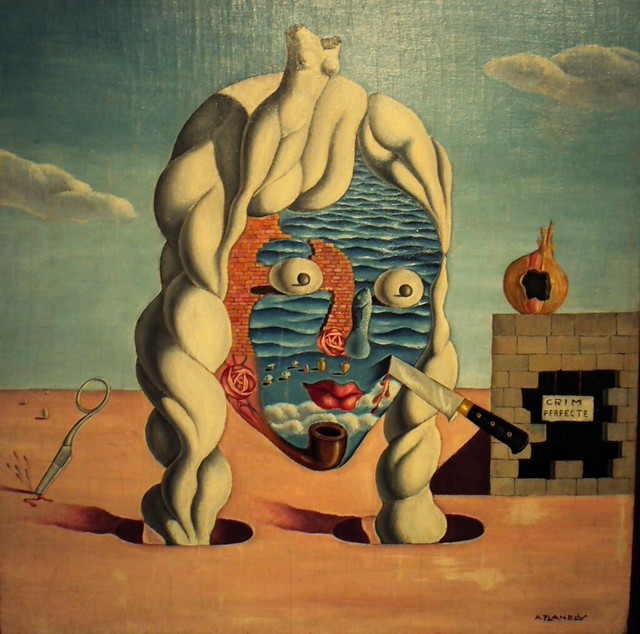 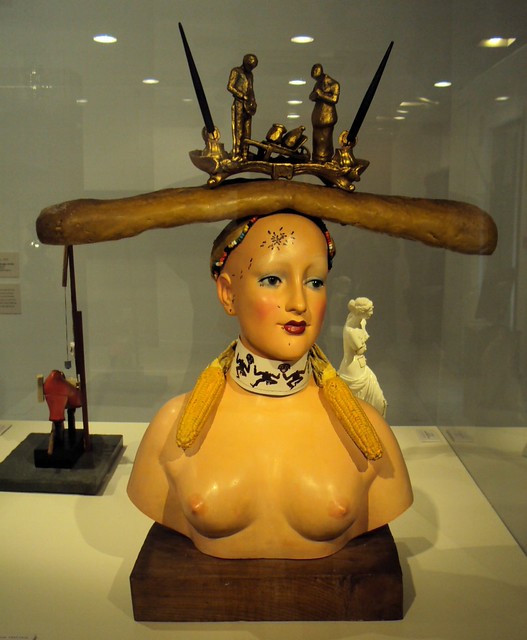 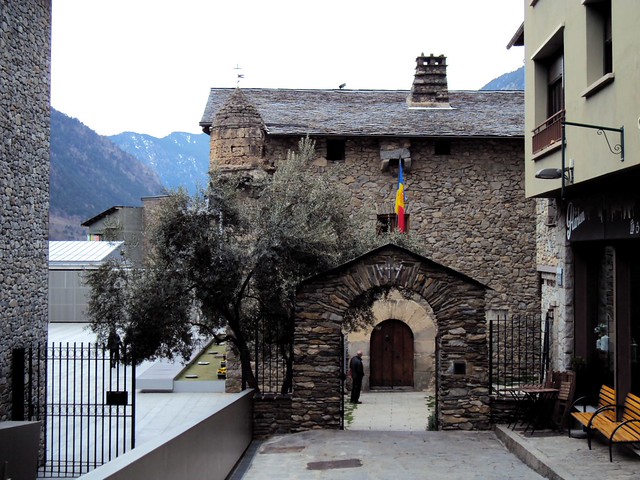 After three nights we really had to leave La Seu d’Urgell to get to Barcelona in time for our flights home.  The anticipated storm, however, was delayed, and when we finally rolled out of there, it was snowing.  Ironically the lower we went the more it snowed and the more it actually had snowed the night before while it was raining up in La Seu d’Urgell.  After eight days in the high Pyrenees, down in the foothills we had to sleep in the snow for the only night of the trip.  Of course by the time we reached the Mediterranean at Barcelona, the weather was quite pleasant again. 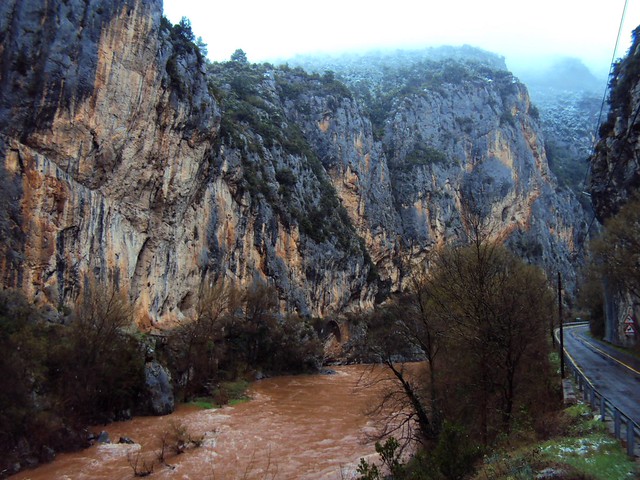 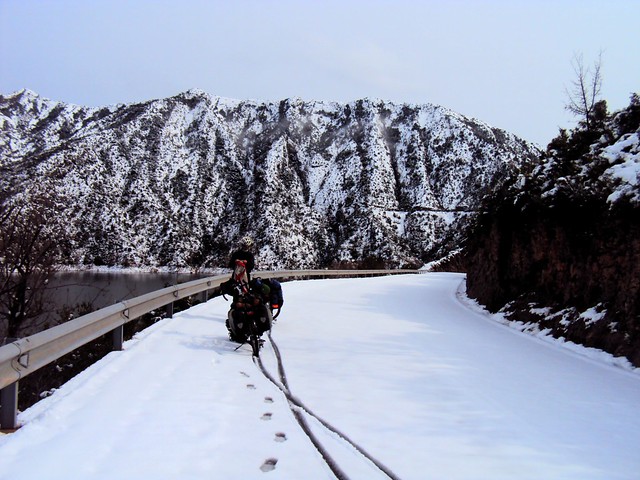 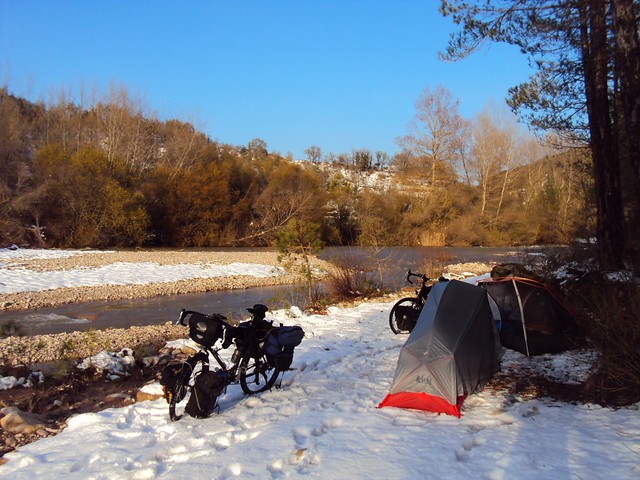 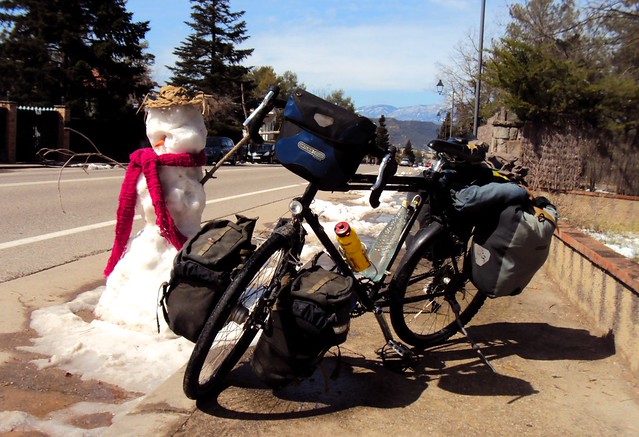 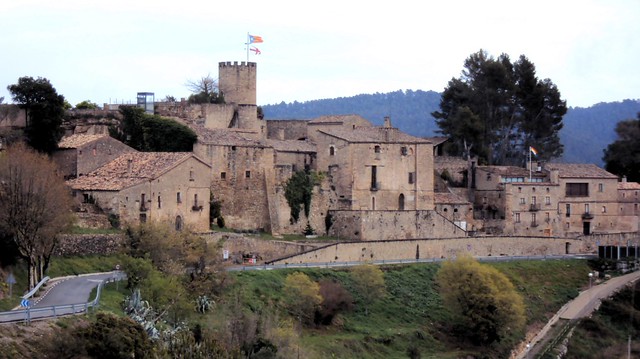 One thing I didn’t know to expect in Spain was the menú, a fixed price three-course meal including bread and wine, available in many restaurants at both lunch and dinner.  We took advantage of these good value meals a number of times. 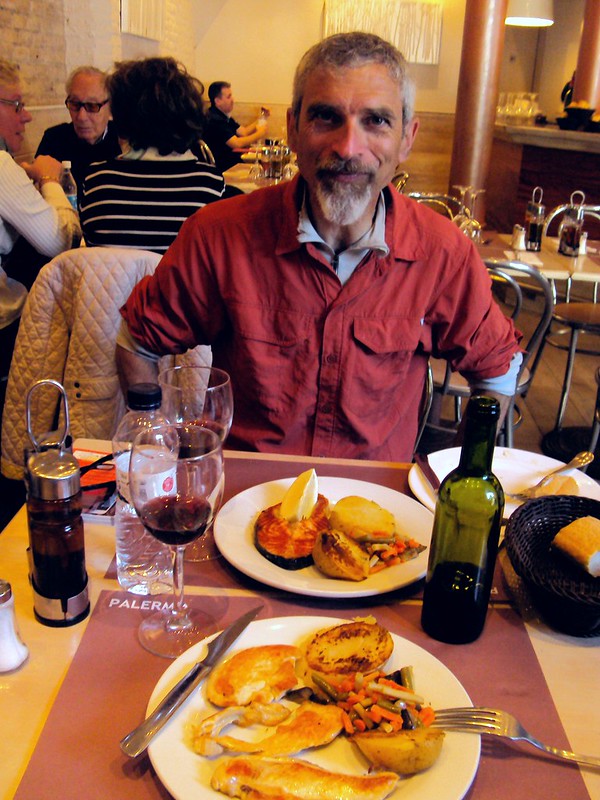 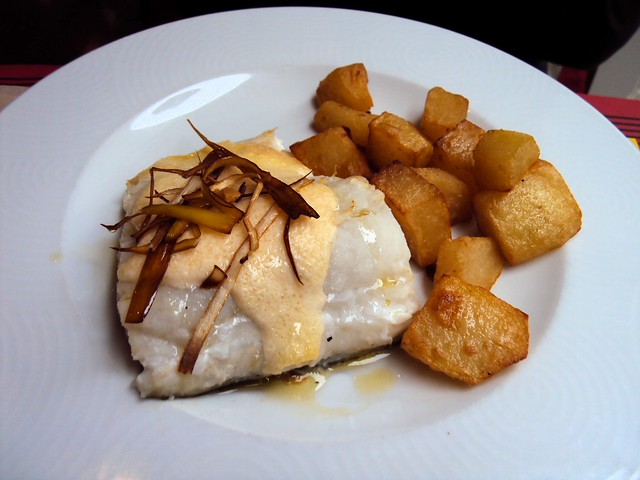 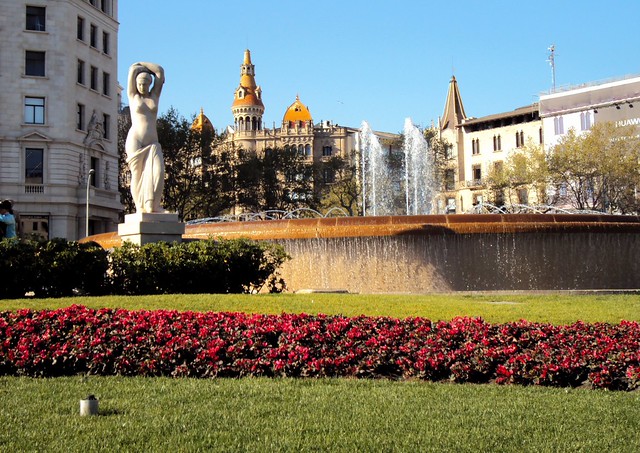 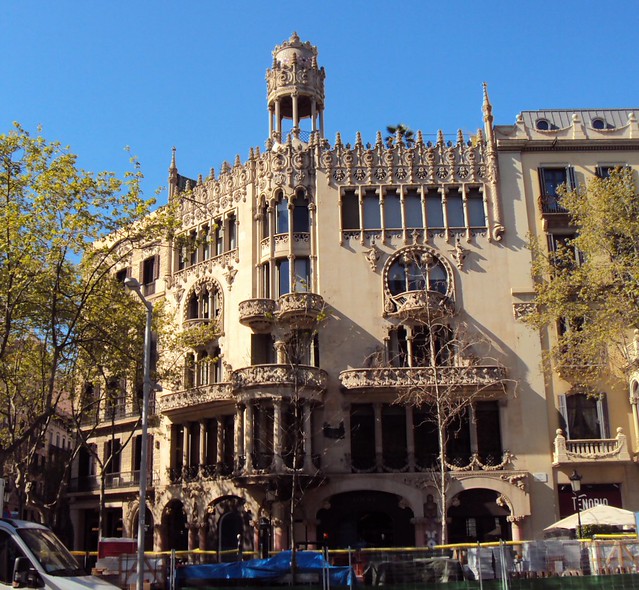 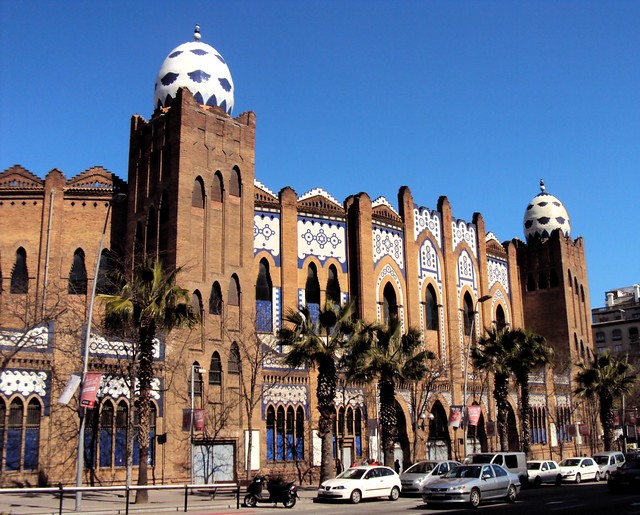 I feel like I have to end with this Three Graces mosaic from Barcelona’s archaeology museum on the last day of our trip after enjoying Rubens’ Three Graces in Madrid on the first day of the trip. 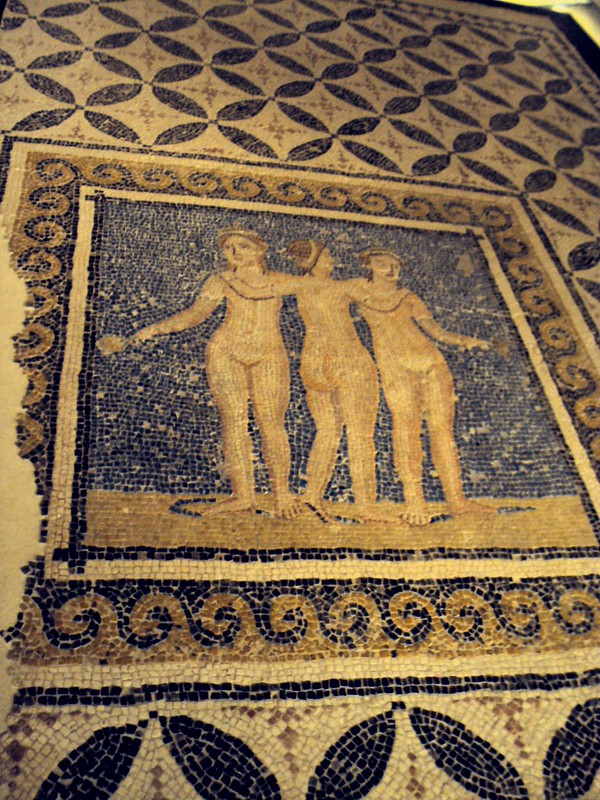 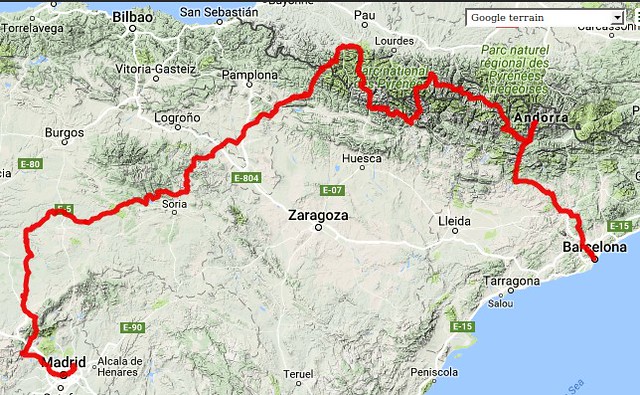 2 Responses to The end of Spain: Andorra to Barcelona