Yet another short loop SW of Antalya

The mountains to the west of Antalya are stunning, and they’re great for bicycle touring.  For years I cycled in the mountains west of Boulder so I can’t help comparing the two areas.  The mountains near Boulder seemed more conducive to day trips while here from Antalya overnight trips are better.  I guess there are a number of reasons:

This latest trip was organized by Ömer, a friend who I met on one of our Geyiksivrisi scrambles.  Slowly I was able to ascertain that he knows more about the roads and bicycle routes near Antalya than anyone.  Also, he’s happy to share that information.  For years now he’s posted photos, route descriptions, and gps tracks on his own website where lots of people can download possible routes.  This is really important here in Turkey since it’s so hard to get maps.  Ömer pointed out that there’s not a culture here of sharing route information like there is in the US (usually via maps, of course).  Some folks even arrogantly or selfishly guard this information, saying you can’t go without a guide.  Anyway, Ömer is obviously not like that.

Ömer invited a dozen or so cyclists for this weekend trip.  It ended up being three of us, a good number.  Since I didn’t have to work Friday, I left in the early afternoon and rode the paved 1200m climb via Hisarçandır to Üçoluk where I met Ömer and Ahmet the following morning.  What I learned then is that Ömer thinks this route is one of the best weekend tours near Antalya.  I didn’t know that when I decided to go, but now I certainly agree with him.  It’s a stunning route, and doing it in May we had fun weather, beautiful flowers, and lots of green.

“Fun weather” meant clear mornings followed by cloudy afternoons as the heat and humidity built up down low.  For at least a few minutes of every day, we rode in incredibly thick, cool clouds which was very fun.  It rained the first day and last day but not much.  It was usually warm enough to ride in shorts and t-shirts and at night certainly wasn’t too cold for sleeping.

Ömer’s two-day itinerary was to circle the mountain in the center of this photo, Ovacık:

Within five minutes of leaving their car at Gül Mountain Hotel we were treated to views like this: 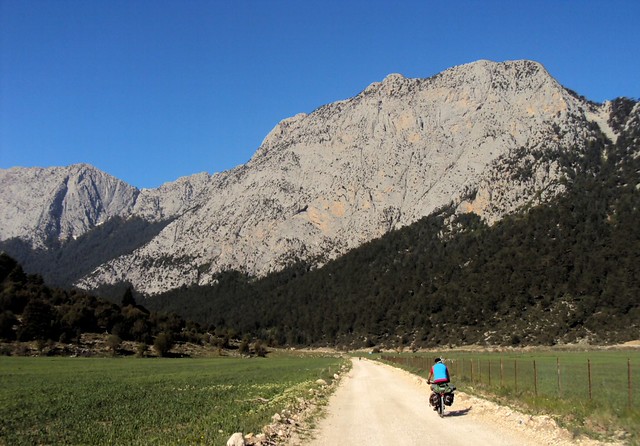 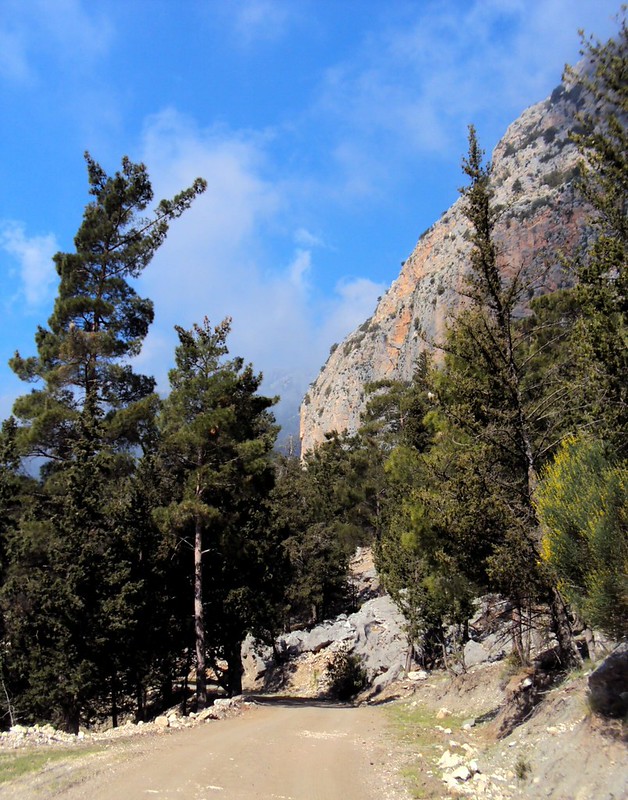 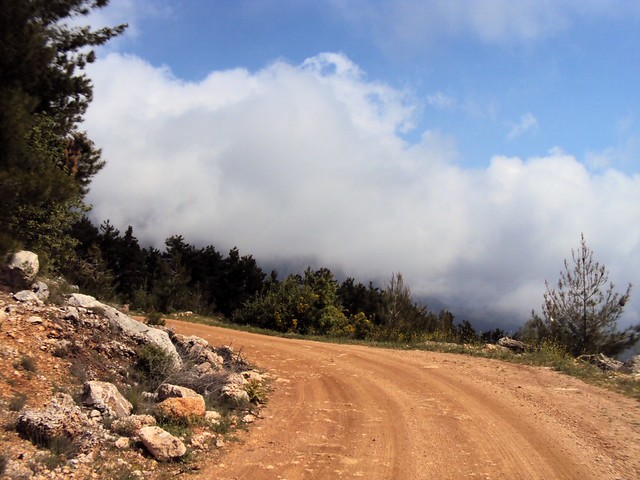 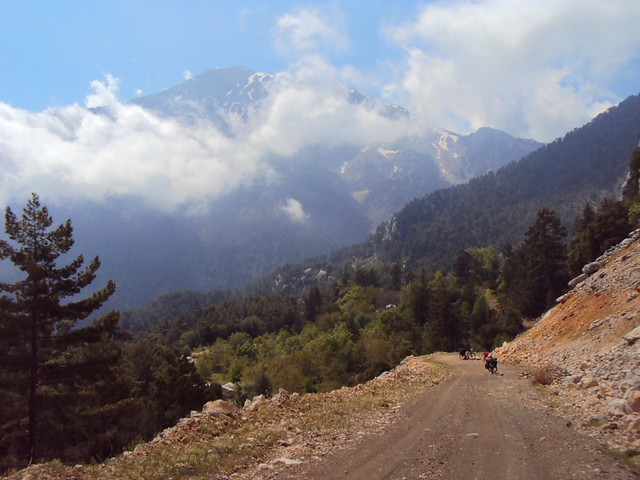 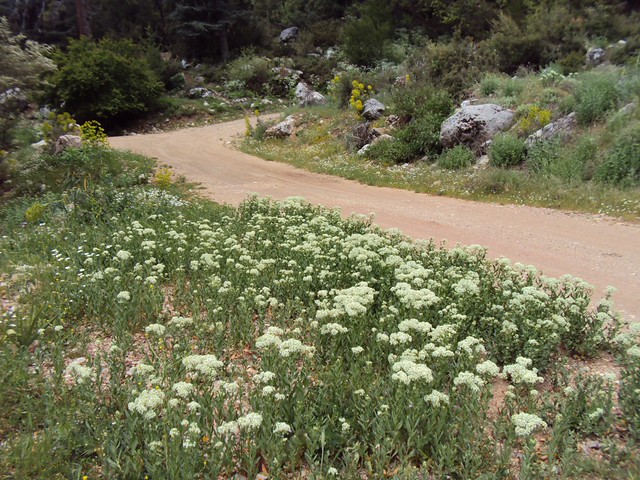 We found the dragon in the sycamore when we stopped for a snack: 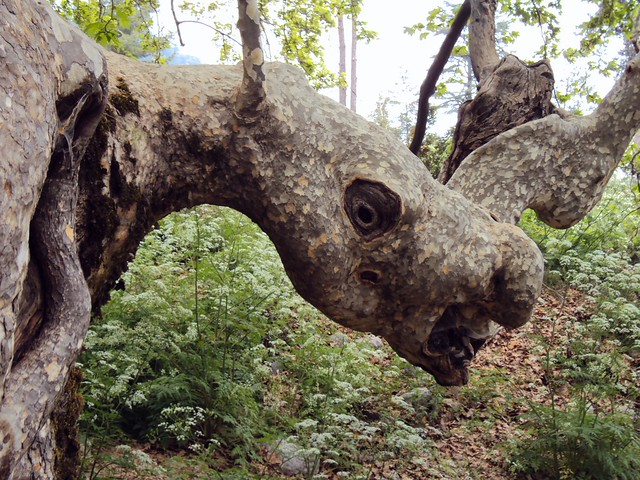 and then a spooky, misty forest: 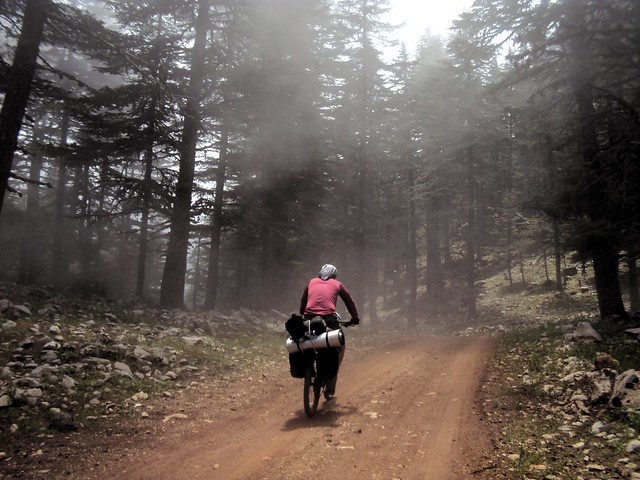 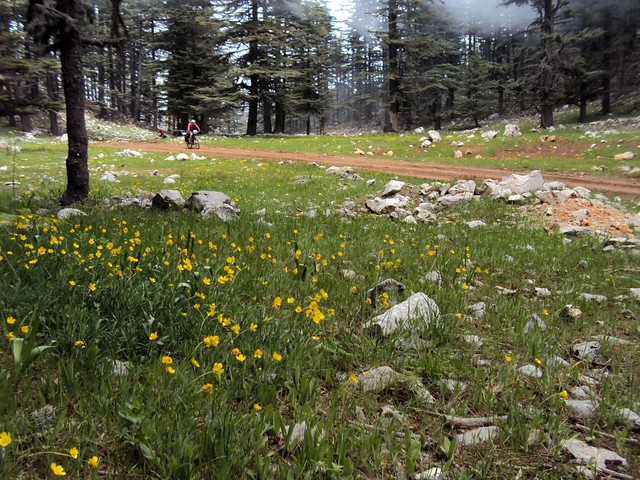 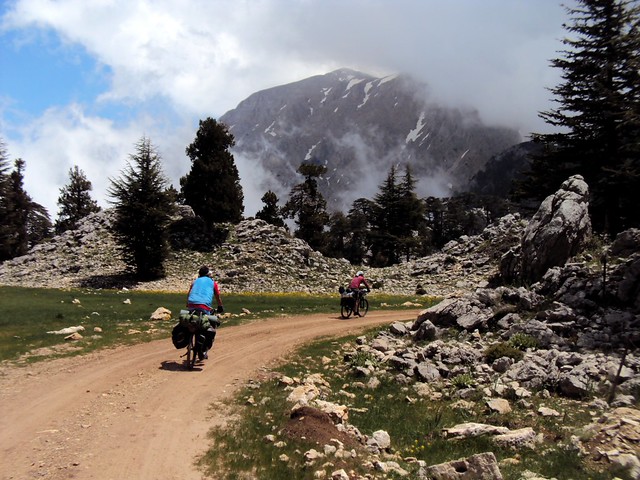 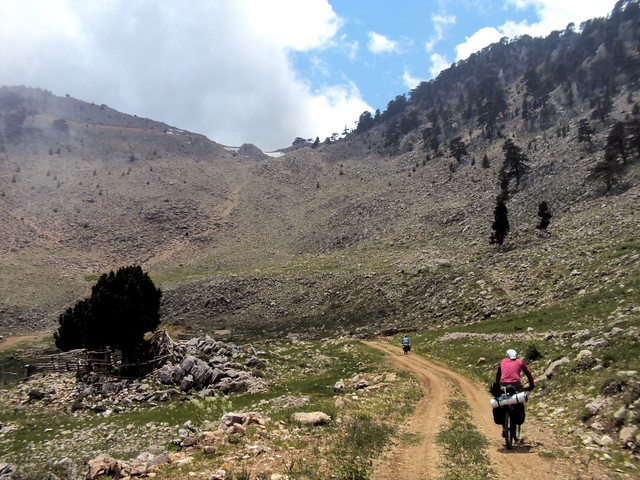 We stopped early enough at this flat spot, Çukur Yaylası, to enjoy camp and find some flowers. 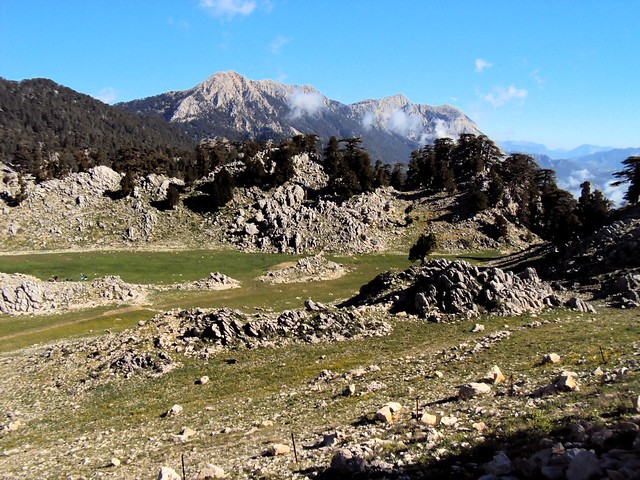 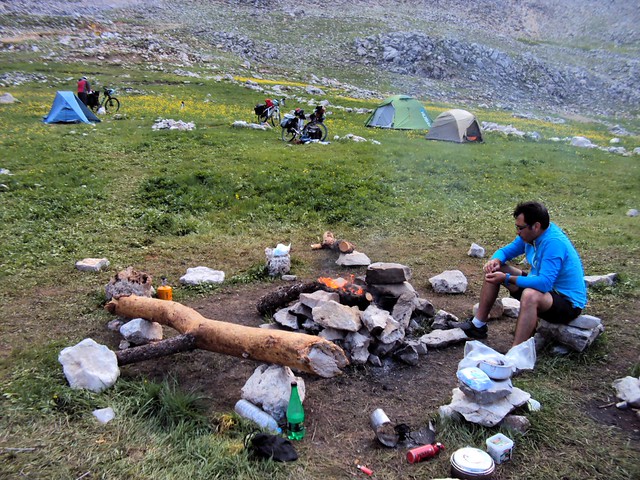 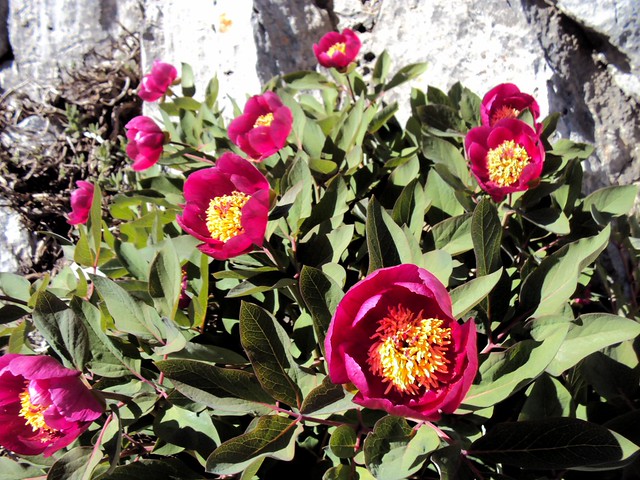 We started the following morning with a short climb over a pass and then more great dirt road touring. 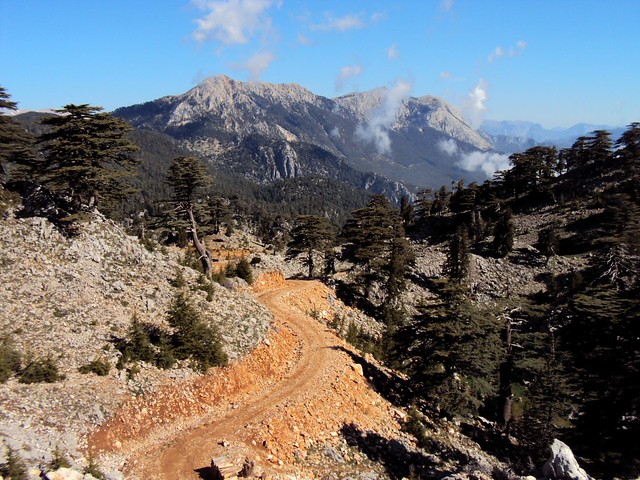 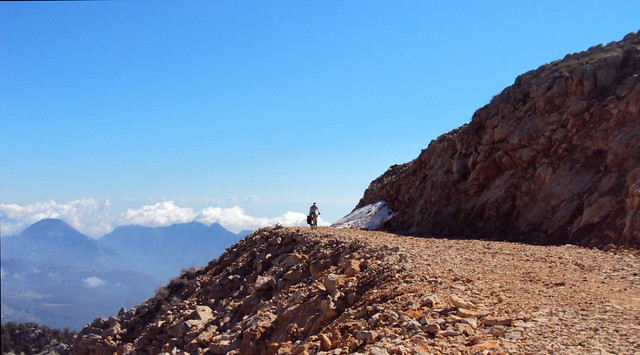 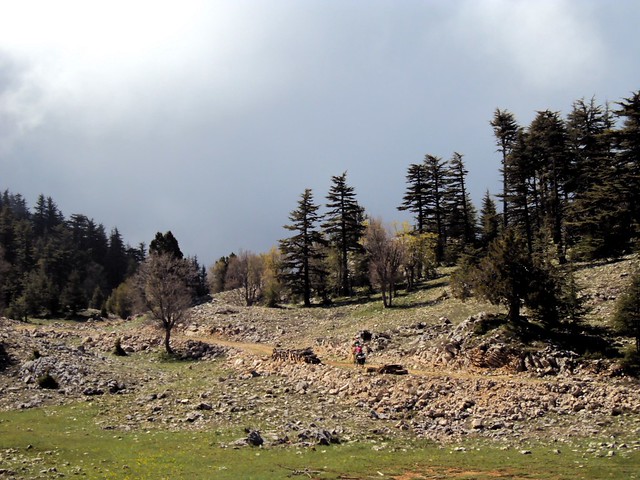 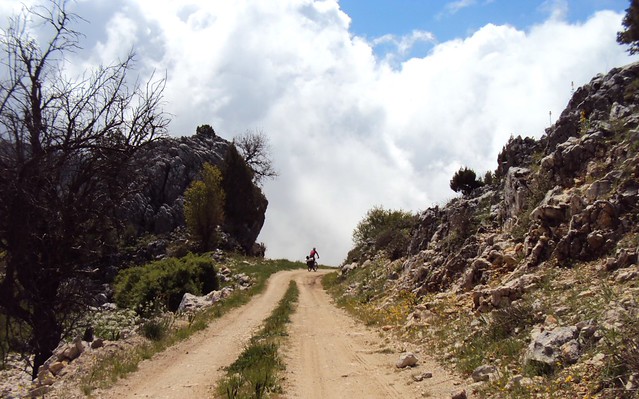 I had to say goodbye to Ömer and Ahmet as they went back to Antalya by car, but I still had one day to climb one more pass before my descent back to the city.  The route took me via Söğütcuması to the pass between Saklıkent and Tunç mountains. 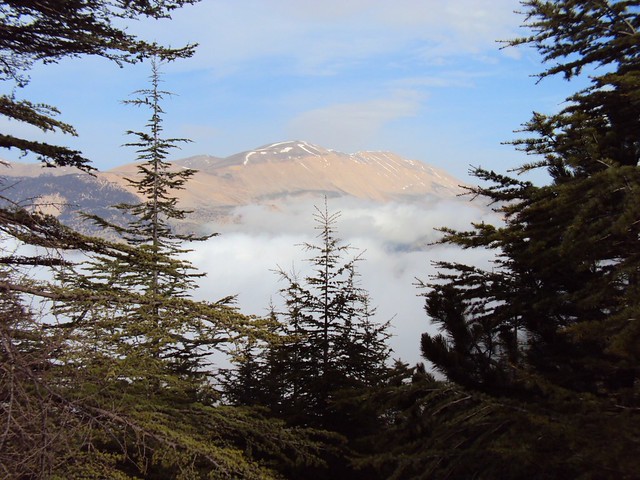 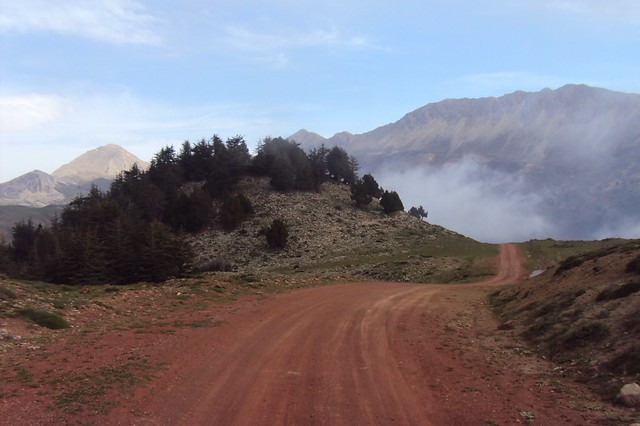 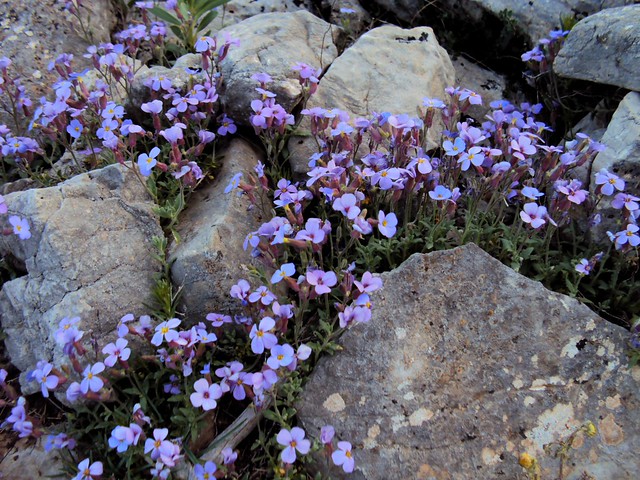 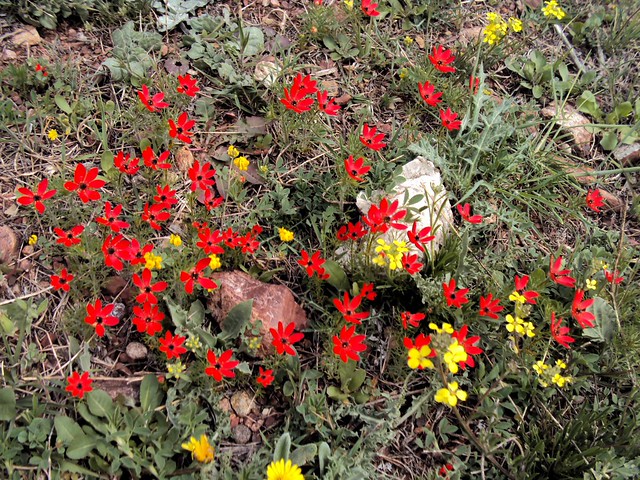 As I approached Tunç, I saw the wild horses there for the first time. 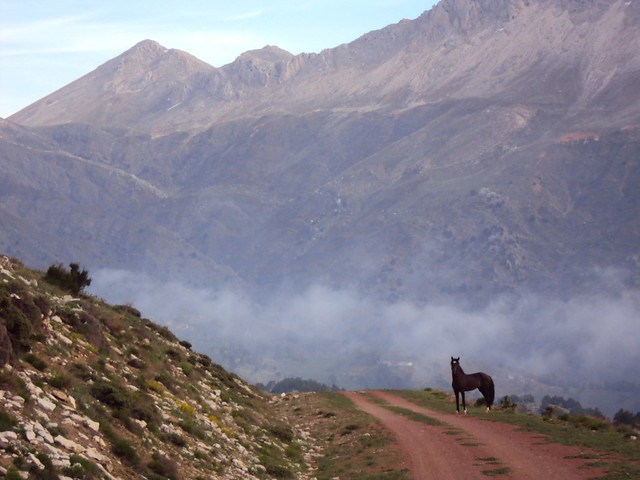 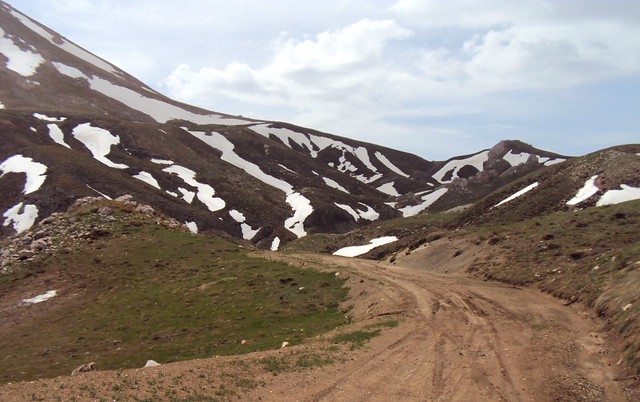 The pass doesn’t look like much, but it’s over 2000m all downhill to Antalya from here: 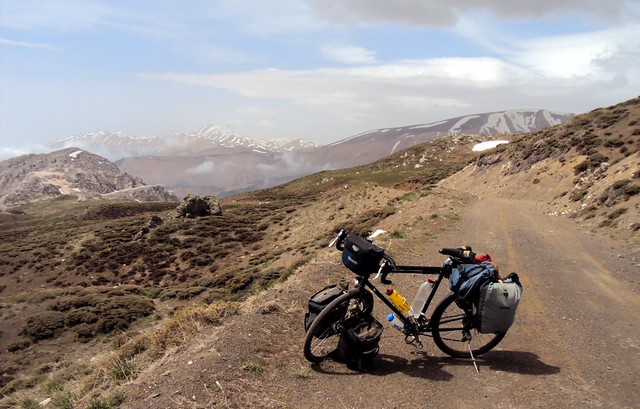 Thanks to Ömer and Ahmet for the great weekend. 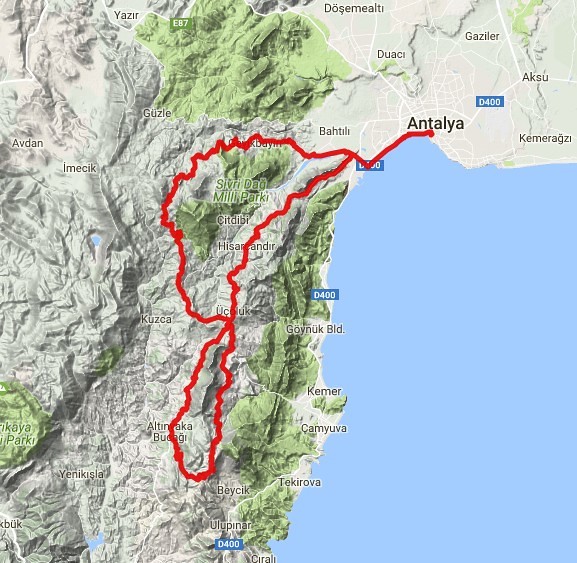