Continuing from my last post… we left Pinhão and the Alto Douro by bus on a slow and very curvy road through (again) endless hills covered with vineyards and schist walls.  Our destination was a UNESCO World Heritage Site (again), this time the “Prehistoric Rock Art Sites in the Côa Valley and Siega Verde”.  Prehistoric rock art is not something that I go out of my way to see and, accordingly, there was a lot (for me) to learn.

Along a 30km stretch of the Côa River (which I guess also includes the Siega Verde area in Spain?), archaeologists have found about 96 rock art sites.  For me the most amazing thing was that these sites were only discovered quite recently (about 30 years ago) when work was going on to build a dam in the area.  Portugal actually stopped construction of the dam and turned the area into an outdoor museum that’s now a (somewhat popular?) tourist site.  Wow, how many countries would abandon dam plans to preserve 20,000 year old lines etched into the stone?  Very impressive.

Of course, stopping a dam didn’t happen without public pressure and some scandal, the dam advocates keeping the rock art sites secret from the public and the scientific community, then claiming the sites weren’t really as old as the archaeologists claimed.  The Côa Valley Wikipedia page describes the case in a little detail.  It’s always a fight.

There’s no point visiting the art without a guide.  Most of the pictures are of animals, but they’re superimposed one on top of another and vary in size.  Our guide had sketches of the art with different colors for each animal, and then he’d trace the entire line on the rock with his pointer.  Even then it was sometimes hard to see what he was talking about. 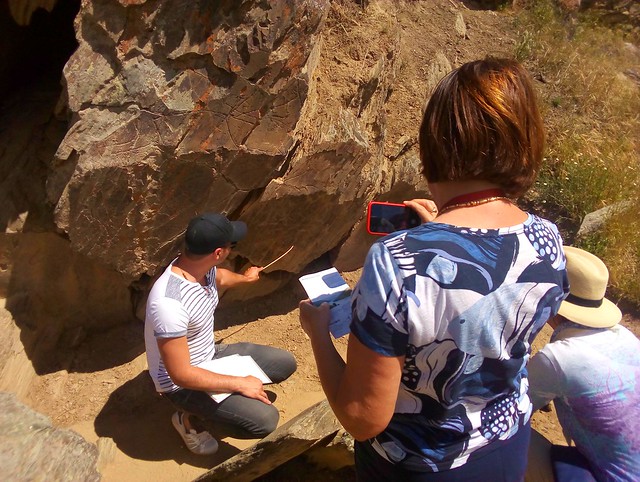 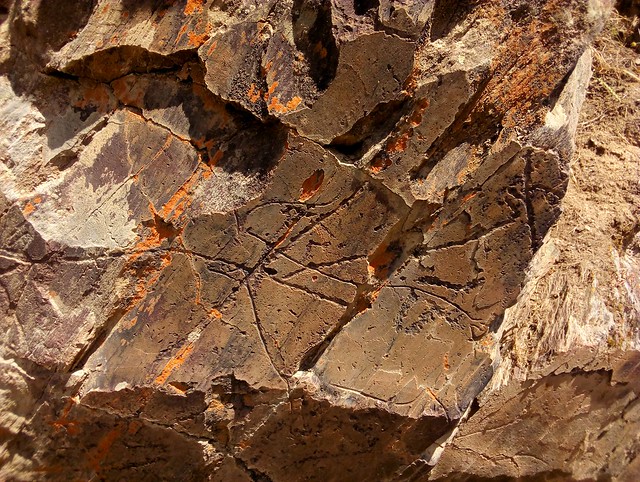 It’s a little easier to see what’s going on in the reproductions in the museum: 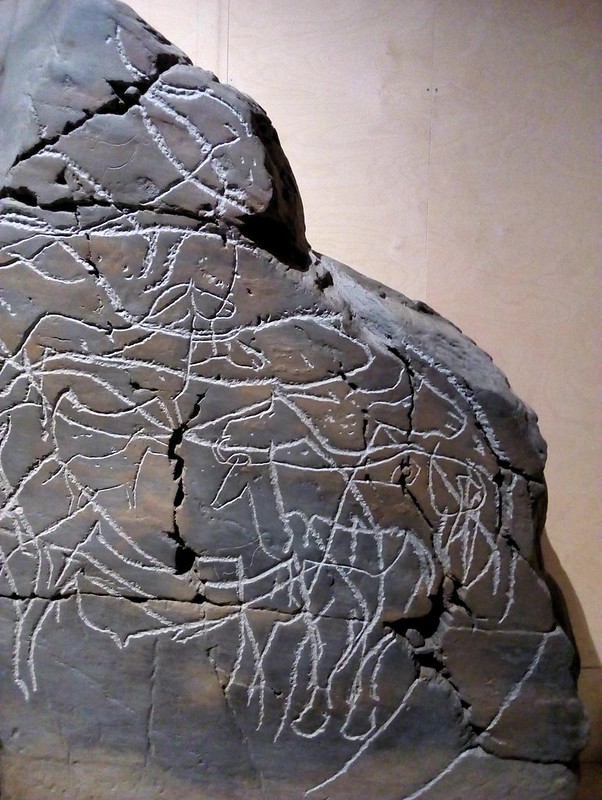 I think they say this is the largest open air rock art site in Europe (or the world?) so if you’re into this kind of thing, I guess you shouldn’t miss it.

I enjoyed the schist houses (again) in Castelo Melhor. 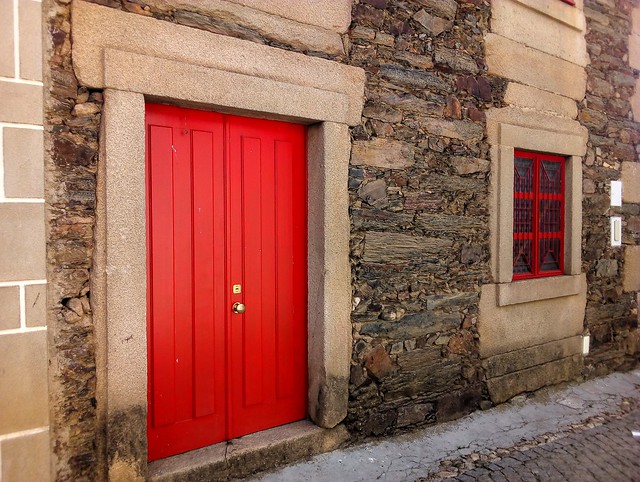 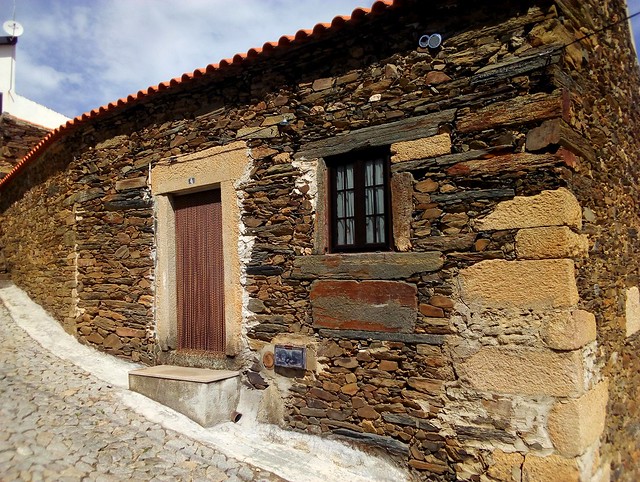 There’s a castle too (the best one?), something I probably would have dragged Ferda to had we been on our own, but with our group we didn’t have time.  We pushed on to Manteigas and the Serra da Estrela.  Down in the Côa Valley in the early afternoon was the hottest weather of our entire trip in Portugal.  The following two days walking in Serra da Estrela were certainly the coldest weather we had during our walking tour.  We walked by the highest peak of mainland Portugal and saw just a little snow still remaining on the north-facing hills. 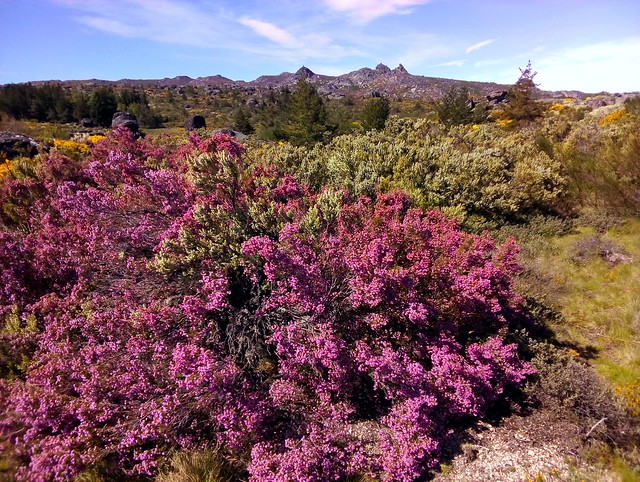 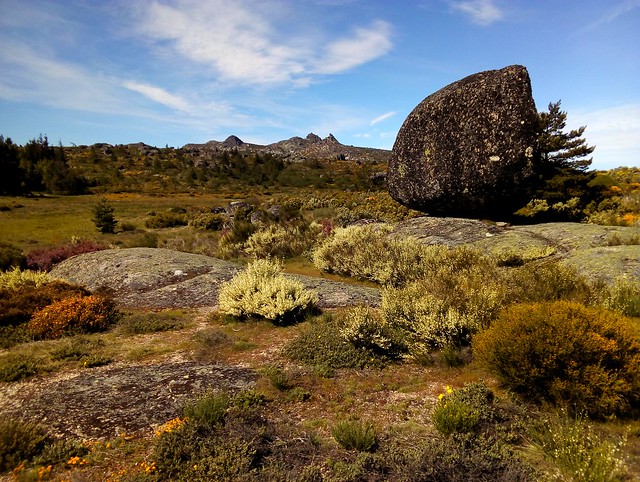 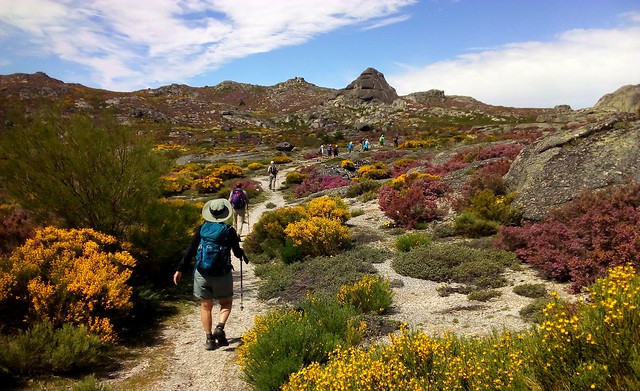 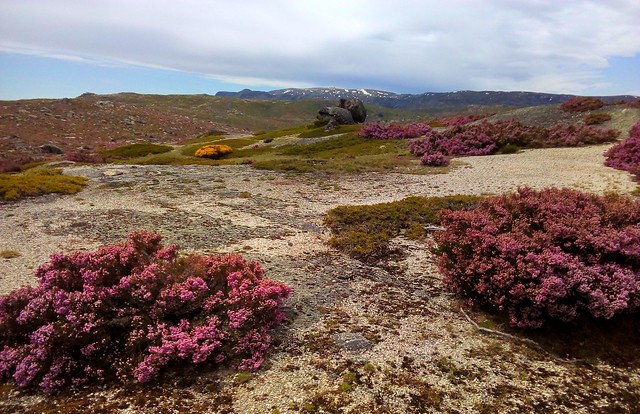 The high elevation (for mainland Portugal) with its cool air has attracted tourists for more than 100 years.  They started by building primitive cave-type dwellings in the late 19th century, then real houses, and now you can stay at the luxurious Casa de São Lourenço, oddly situated on the inside of a highway switchback above the town of Manteigas.  I must say that the food there was fantastic. 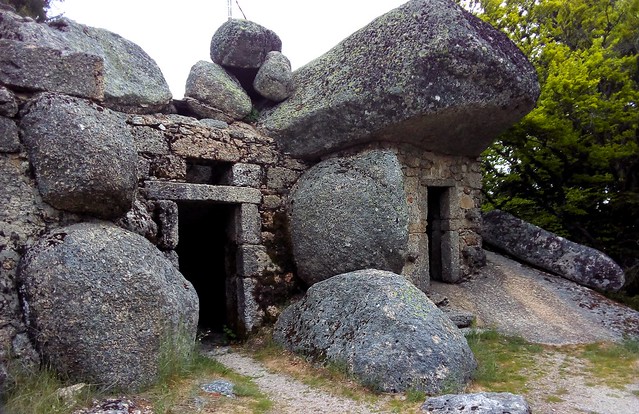 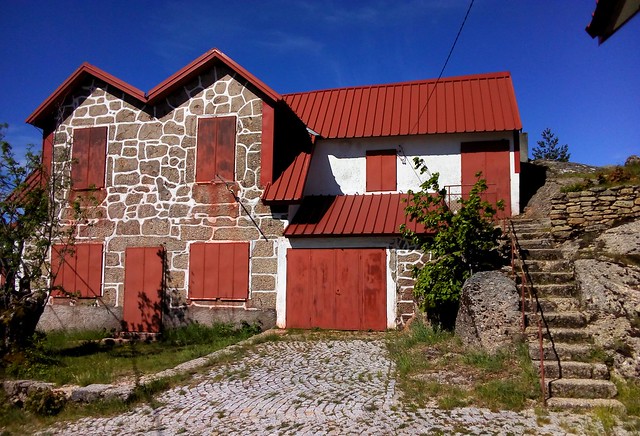 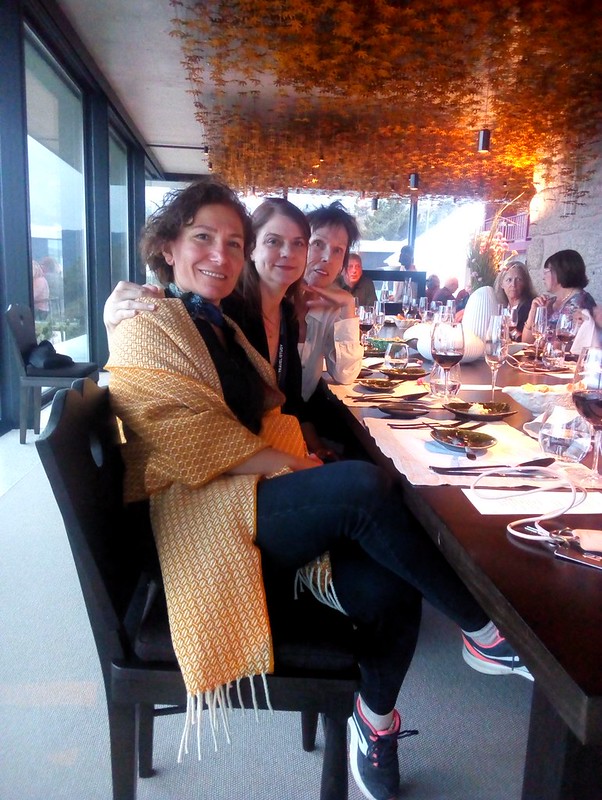 The second walk we did from Manteigas was thankfully not as exposed as the first day since the high was 13°C and there was a stiff wind blowing.  We mostly walked down the upper Mondego River valley. 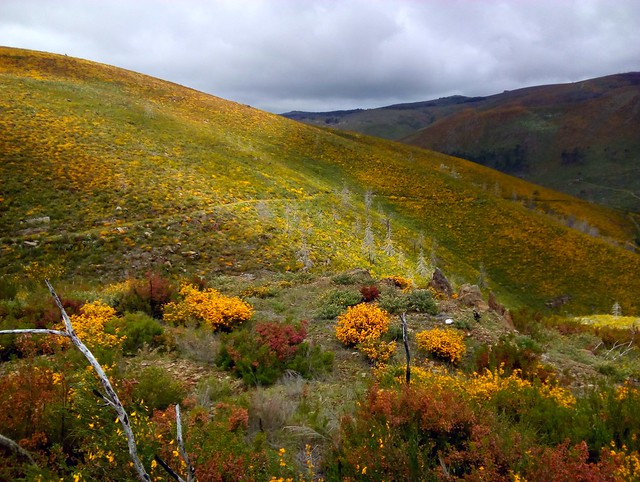 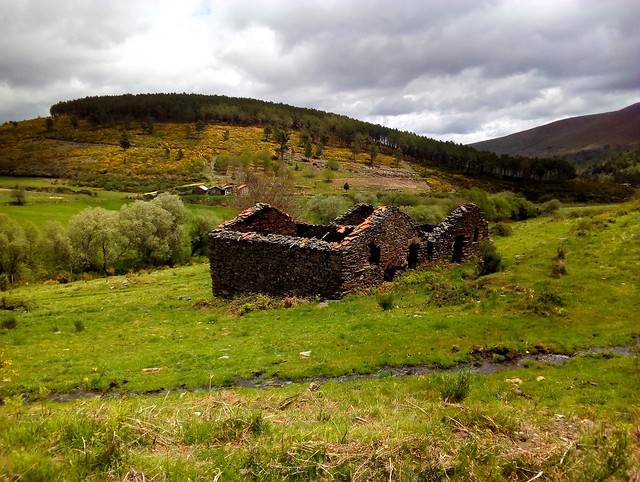 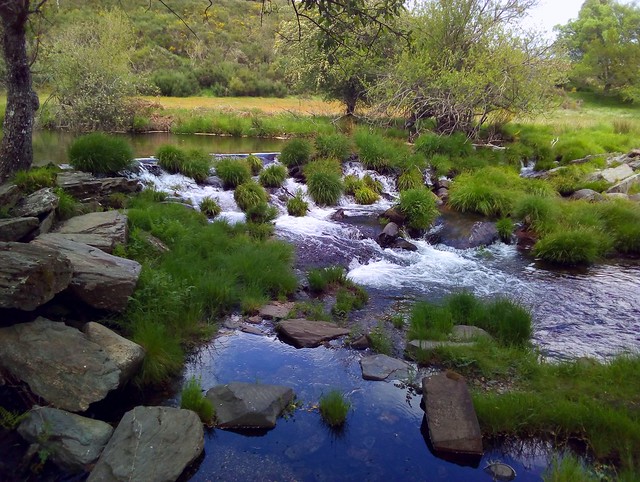 It’s hard to believe that this stream: 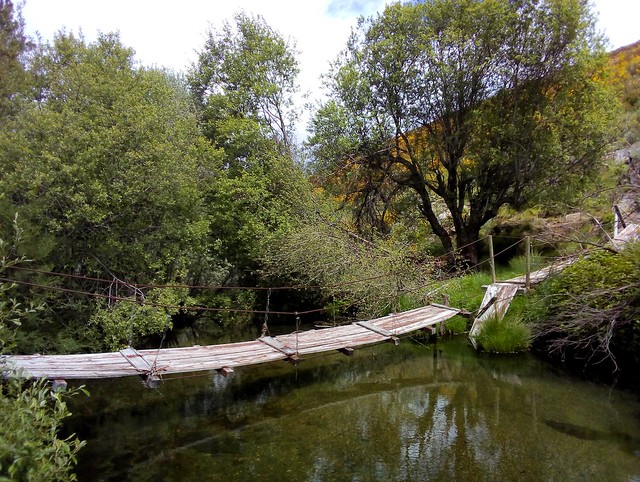 is the same one that Ferda and I crossed in Coimbra on our bikes four weeks earlier: 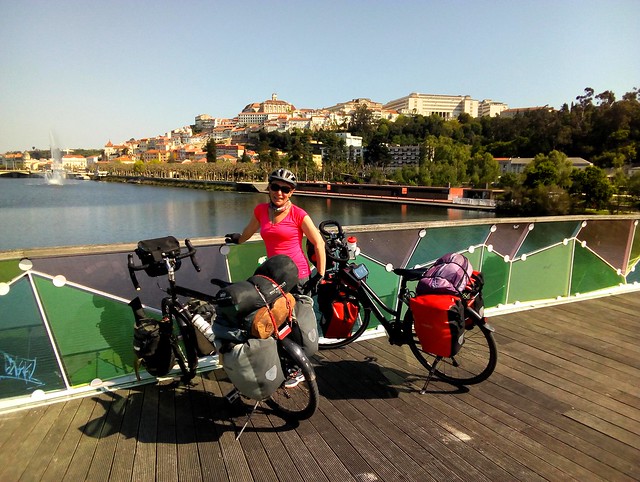 Our last stop before the tour ended in Porto was Buçaco where we learned about the game-changing Portuguese-English victory over the French in a battle here during the Peninsular Wars.  We also walked a bit through the “forest” (Mata Nacional do Buçaco) on property that was seized from the Carmelites in 1834 when all religious orders in Portugal were abolished.  What I was most interested in, however, was seeing the the Convento de Santa Cruz do Buçaco and the adjacent Palacio Hotel do Buçaco.  The latter was designed by Luigi Manini, the same architect who designed Quinta da Regadeira that Ferda and I liked so much in Sintra.  You can see similarities in the ostentatiousness of the Neo-Manueline designs. 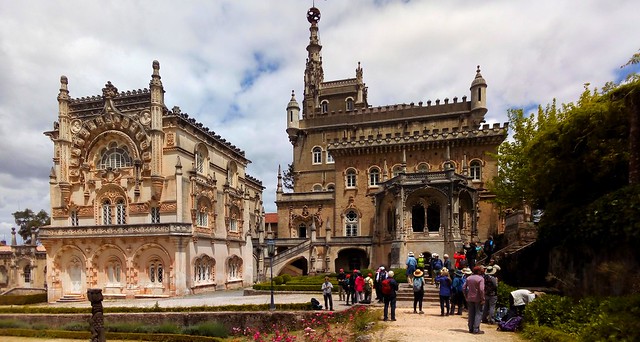 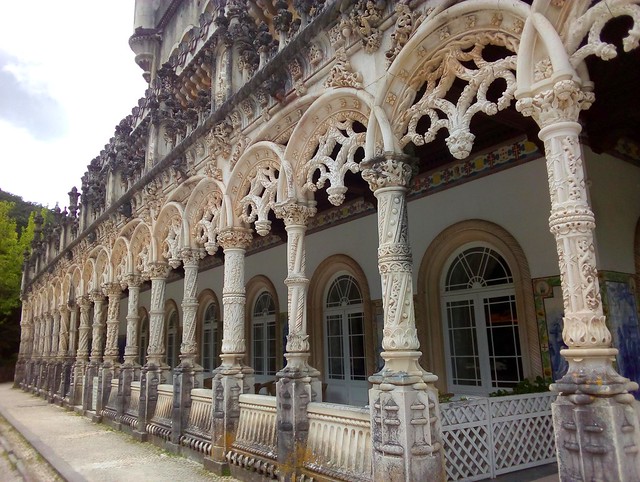 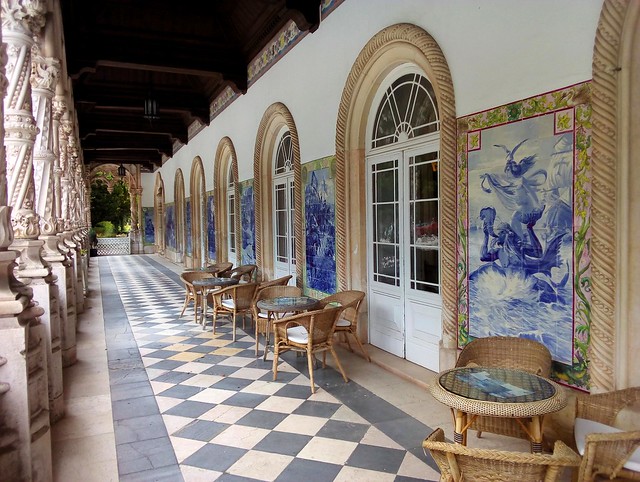 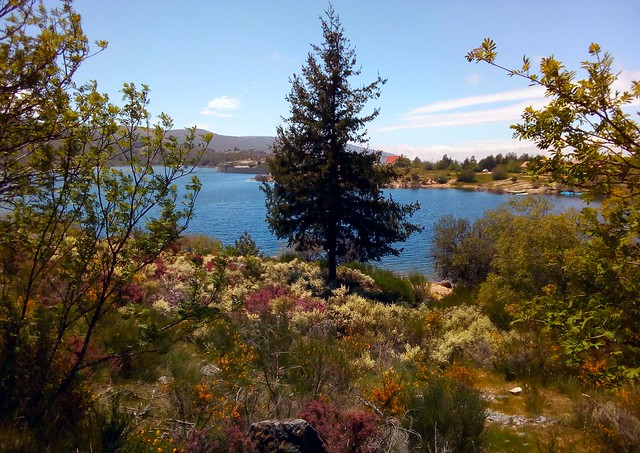