The end of the Balkan Odyssey — Chios!

I use the term Balkan Odyssey very much tongue-in-cheek.  Back in Neum, Snežana and I met a couple Dutch guys who had such a tight itinerary for their ride from Utrecht to Istanbul that they knew they’d be spending exactly 19 days in the Balkans, a portion of their trip that they had dubbed A Balkan Odyssey.  After five months in the Balkans, well, what I know is that I want to come back.  Both Macedonia and Bulgaria sound like they offer great bicycle touring, and when it’s not winter I’d love to spend more time cycling in the mountains of Serbia, Bosnia, Montenegro, Albania, and Greece. 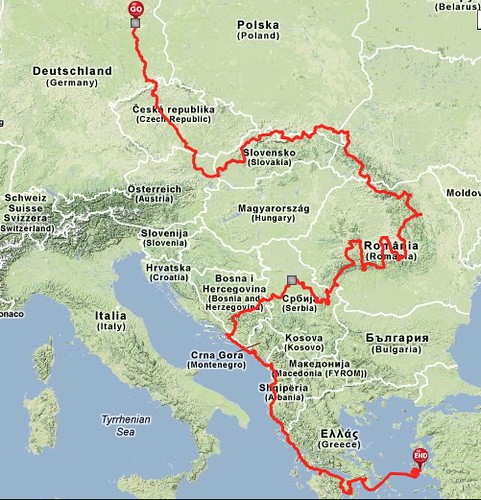 I used to think that if there were only place I could travel in for the rest of my life, it would have to be Mexico.  I’m not sure now.  The Balkans offer tremendous diversity of people, landscapes, languages, cultures, and religions.  It makes for a fantastic region for bicycle touring.  The Balkans, by the way, isn’t clearly defined.  However, for comparison, take a larger definition, which includes Romania, and it’s half the size of Mexico with ~70% of the population.

Five months in the Balkans, six months in Europe, time for something new.  Fossil fuels to cross the Aegean, and I’ll be in Asia.  Ironically, coming to Turkey will bring me to familiar ground for the first time in months.  I pedaled from Istanbul to Kilis in the summer of 1998 and am looking forward to returning to Turkey. 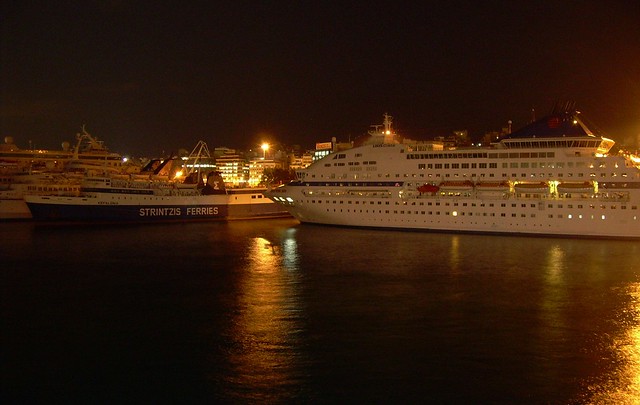 To ease this continental transition Snežana and I took a short holiday on a Greek island.  Sounds idyllic?  There sure is a lot of hype about these Greek islands.  I don’t know anything about the rest of them, but Chios (Χίος) was spectacular — big craggy mountains, beautiful deserted beaches, and cute medieval villages.  However, I hesitate to use the word idyllic.  Our last full day on the island was my hardest of the trip.  We fought a bitter cold headwind, making me freezing, tired, and cranky.  I later learned of the big snowstorm in Athens that day.  Snuck out of there just in time!

We spent four days pedaling a loop on the south half of Chios.  It started with a 700m climb straight out of the port.  A bit tired and cold we rolled into Avgonima late that afternoon and couldn’t believe our luck stumbling upon such a picturesque medieval village.  Turns out it’s one cute village after another on southern Chios.  In the fading light we flew down the switchbacks to the coast and found our own private beach.  Incredible camping, what luck!  Luck, ha, there’s one great beach after another — all deserted, looking for campers.

Maybe I’m getting soft, but my photo album of Chios probably has more photos than any other four day stretch on the trip.  I’ll see if it withstands the test of time, but for now I’ll rank Chios up there with Transylvania and East Serbia as the highlights of this Balkan Odyssey.  Turkey has a tough act to follow. 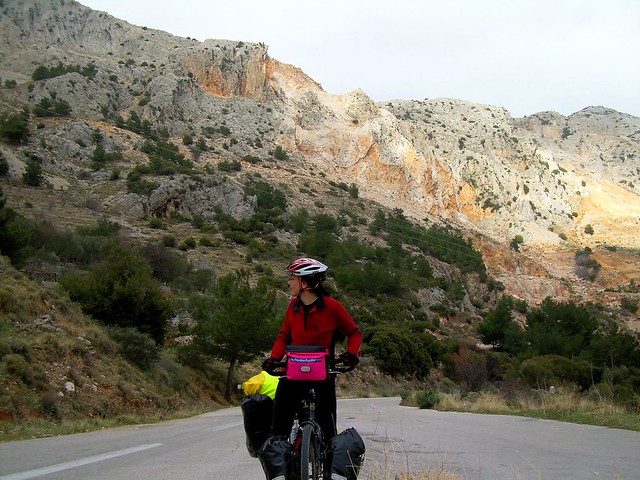 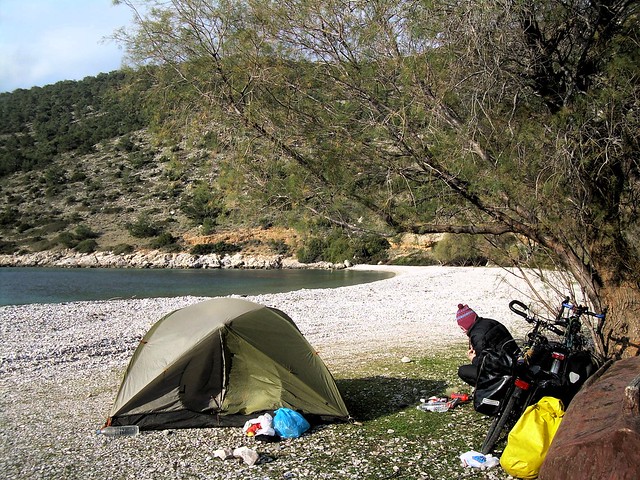 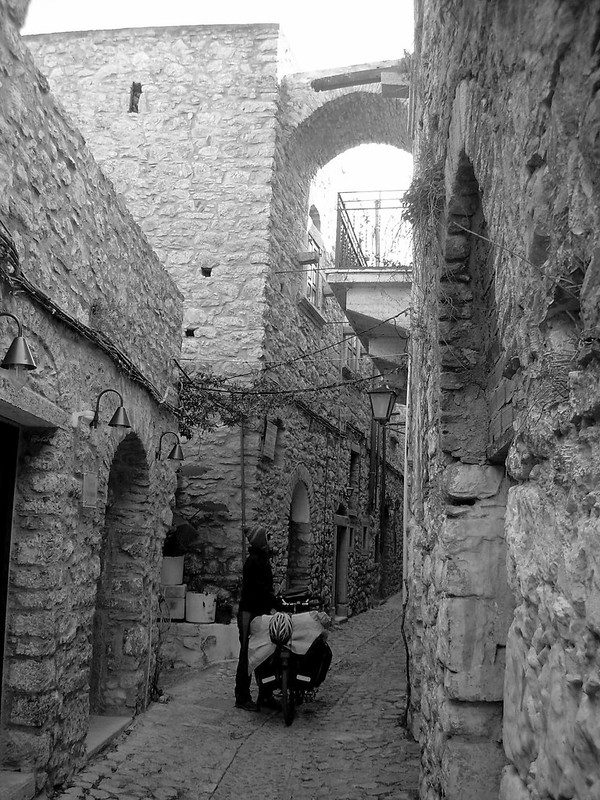 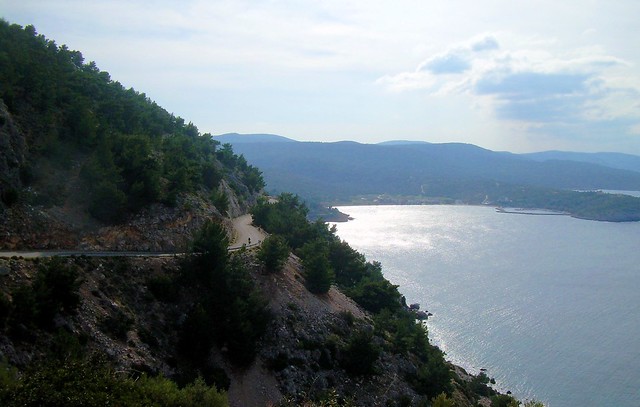 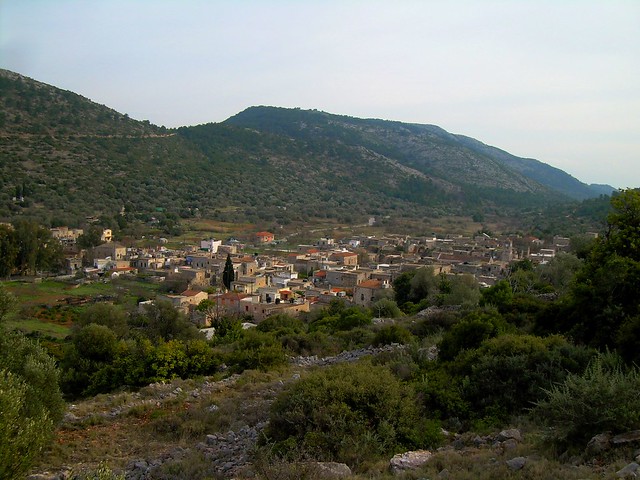 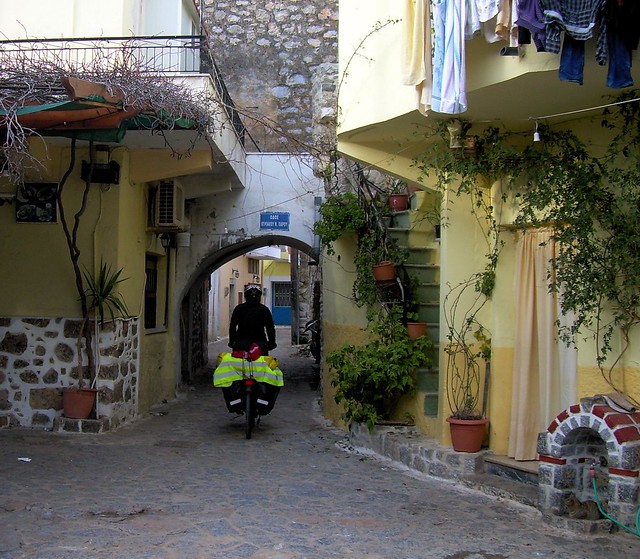 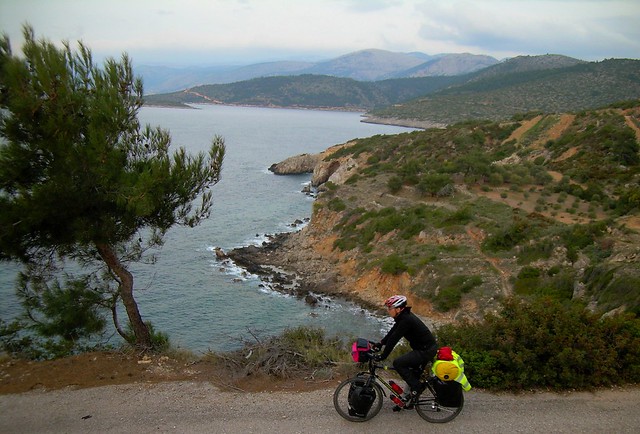 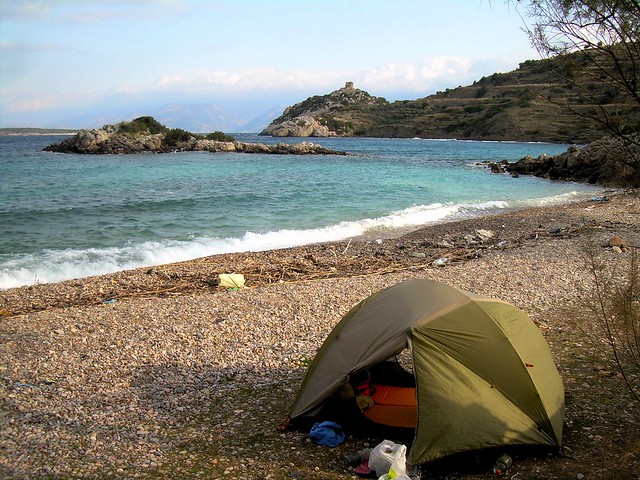 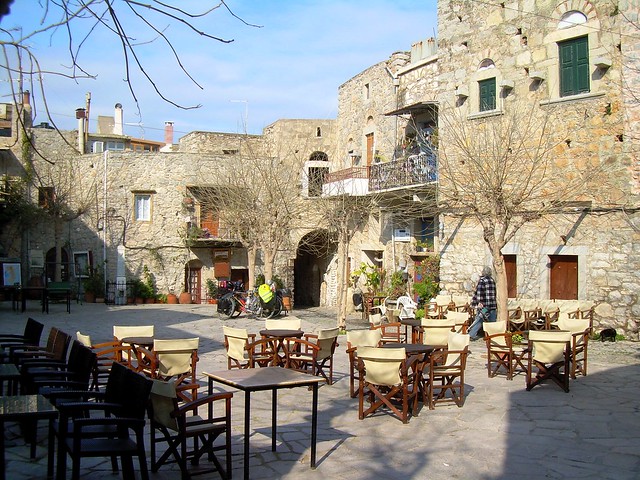 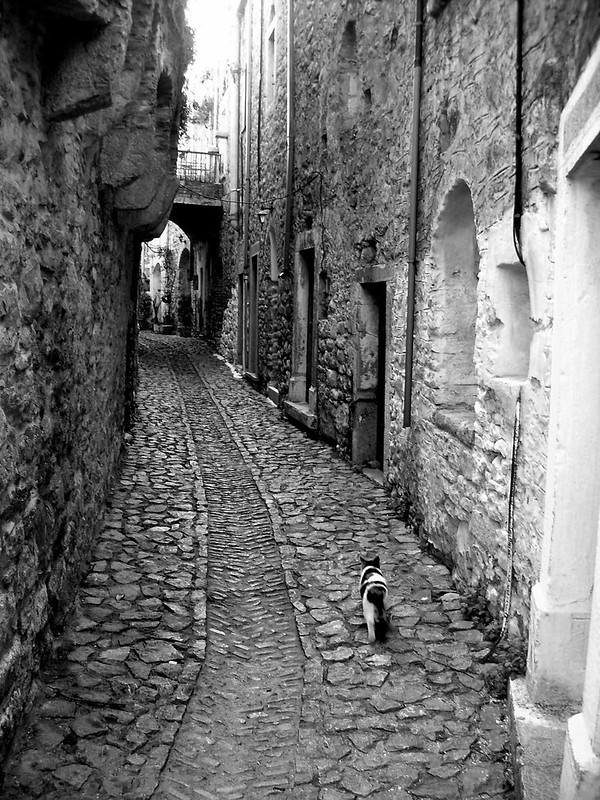 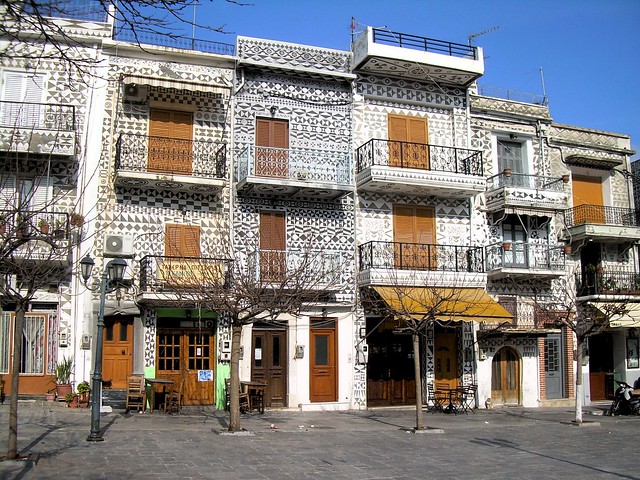 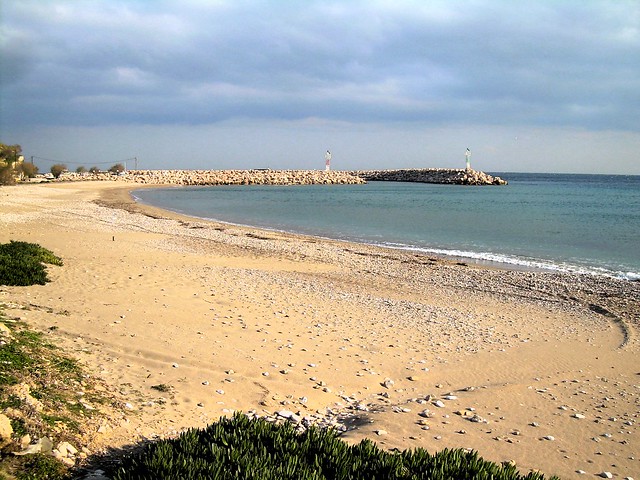 This entry was posted in Bicycle touring, Greece and tagged Avgonima, Chios. Bookmark the permalink.

3 Responses to The end of the Balkan Odyssey — Chios!