Spring weekdays in Antalya, plus Perge

If you’re in Boulder in June, mark your calendar: Jack is giving a slideshow about our bicycle travels in southern Mexico earlier this year. It’s at REI on June 13 at 6:30pm.

I completed another month of Turkish studies at TÖMER in Antalya.  This was the 5th month of their 12-month program.  This time the class was smaller.  There were only six of us — a couple from Ukraine (Vadim and Jenia), a young woman from Poland (Dorota), and Sofya and Nataly, both Russians married to Turkish men.  Our teacher, Gökhan, was from Eskişehir and also teaches English at TÖMER.  I can now talk about things that I wish had happened.  Oh, how exciting! 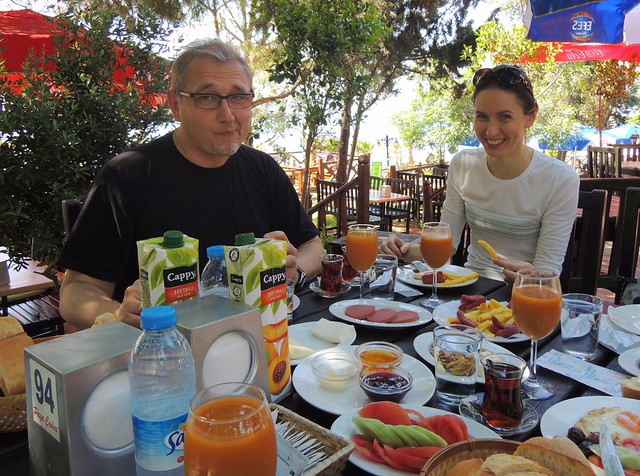 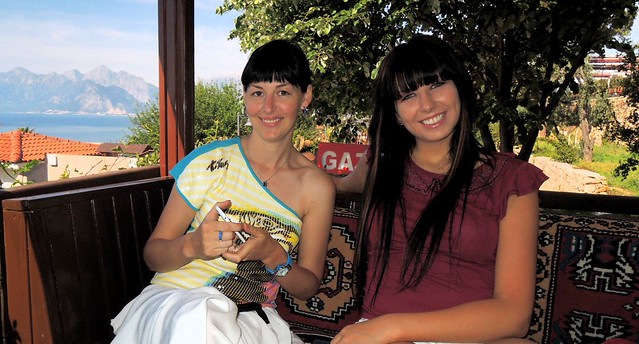 I’ve had a number of different housing arrangements in Antalya.  For this month I stayed with Yasemin and Tansu, two university students.  Yasemin is a motivated student, studying photography, though doesn’t even have enough money for her own camera.  She grew up in Antalya, and her father and brother still live here as well.  Thanks to my influence, she got her old bike fixed up and started riding around Antalya.  Super, especially because she said when she rides her bicycle, she doesn’t smoke cigarettes. 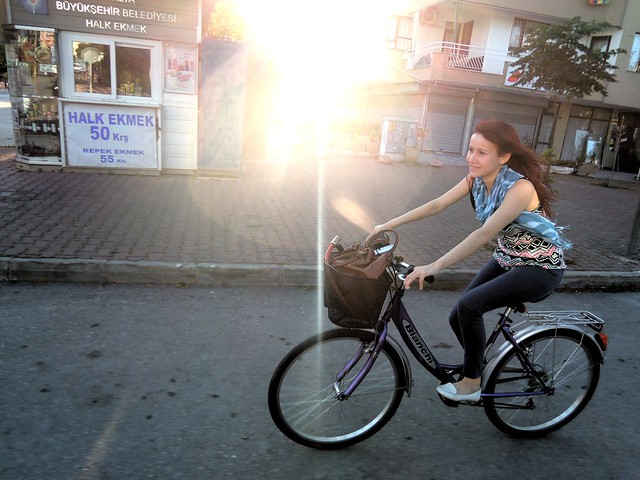 And this indeed was the hardest part about living with Tansu and Yasemin.  They’re both young and smoke lots of cigarettes.  The cigarette companies must love the more emancipated Turkish women.  Although no one has told me this directly, I think these women see it as a sign of independence.  There are people in Turkey who have quit smoking (I just met a man yesterday), but it’s not common.  Wikipedia puts Turkey’s cigarette consumption at 35th in the world, higher than any country in the Americas.

Tansu was born in Holland to Turkish parents and moved to Turkey about eight years ago with her mother.  She hadn’t learned Turkish as a child.  Now she’s speaks it well, but apparently Turks can still tell it’s not her native language.  I can’t tell.  Her Turkish is much, much better than mine.  She’s studying German at the university but stopped going to class and will start again (hopefully) this fall.  She’s working for an organization that does conferences at hotels and because of her language skills is currently in Germany for work. 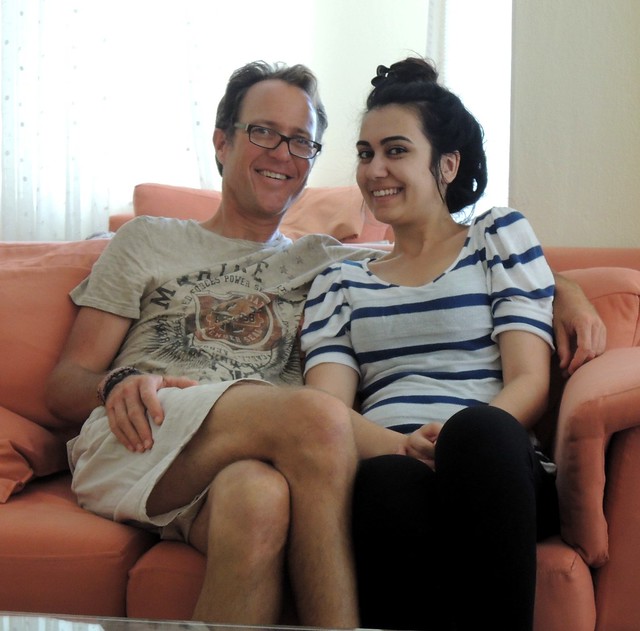 I’ve become friends with some fellow TÖMER students as well, and a few weekends ago we had a fun excursion to Perge, an archaeology site not far from Antalya.  We got lost both on the way there and on the way back but still had a great day.  On the return we rode through Kundu where there’s a string of huge fancy hotels along the beach with themes à la Las Vegas — Topkapı Palace, Krelim, Venezia, Karavansarai.  This is Antalya’s package tourism like Cancún. 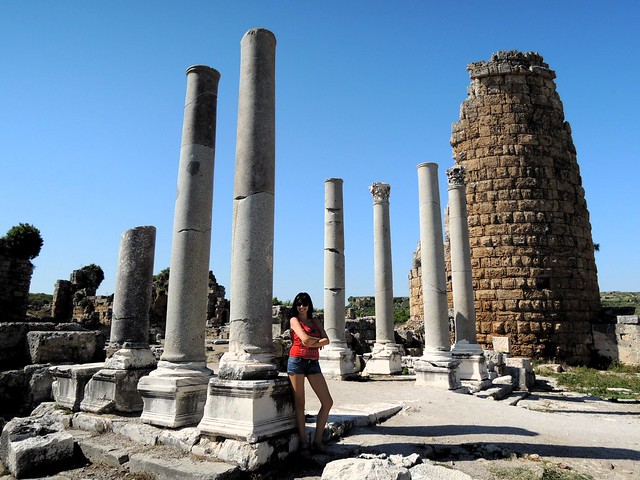 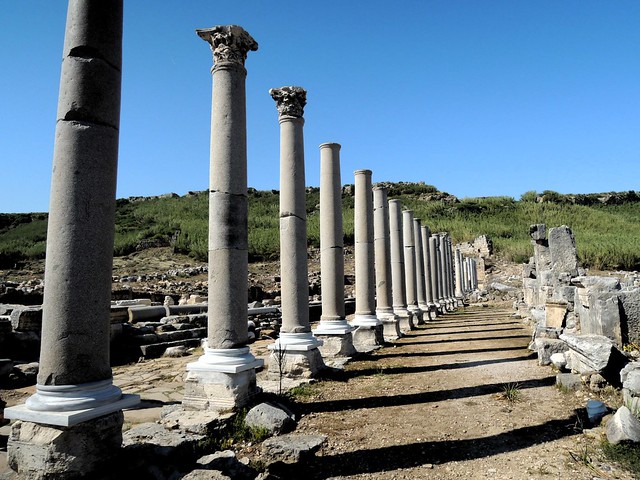 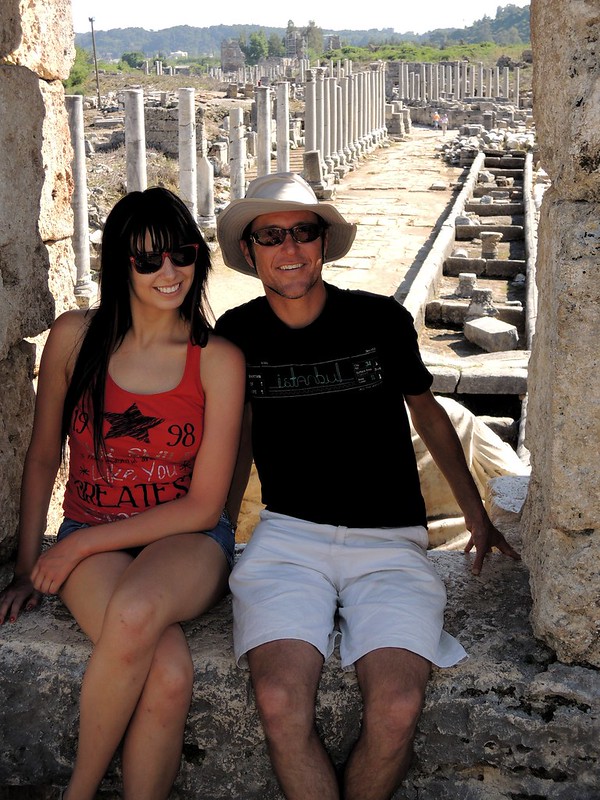 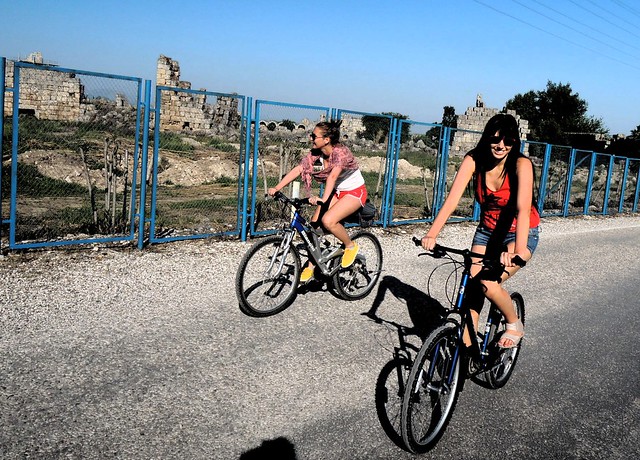 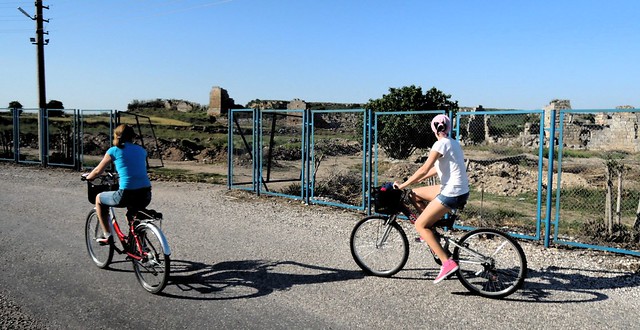 After complaining about Turk’s cigarette consumption, in the interest of full disclosure, I must say that Ferda and I shared my first nargile to celebrate İşçi Bayramı (Labor Day). 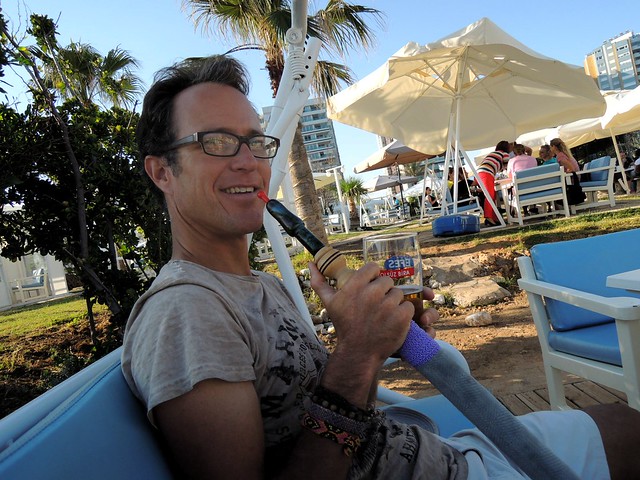 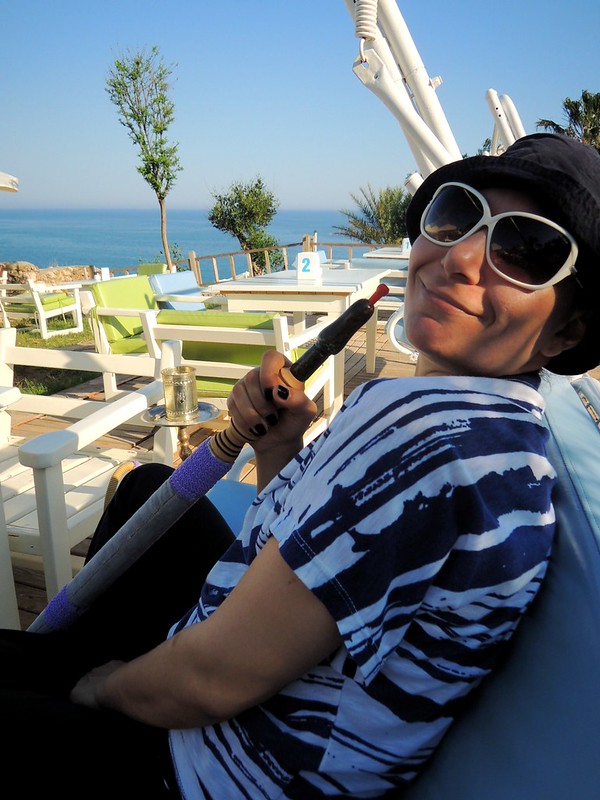 This entry was posted in Turkey and tagged Antalya, Kundu, Perge. Bookmark the permalink.