Spring weekend at Kızlar Sivrisi and Side

Well, this might be the last of these “spring weekend” posts.  After all, summer is coming, and I actually might just get on my bike and do a little touring.  Seems like I did this last year as well — spend the wonderful spring weather in Antalya and then ride into the heat.  Whoa, I’m getting way ahead, I haven’t left Antalya yet.

Thanks to Çocuk Bayramı this weekend was extra long.  Tuesday was the holiday, and I ditched school on Monday.  Instead of two one-day excursions, I took two two-day excursions.

The first excursion was another fun snow climb.  Although I’ve climbed a couple mountains in Antalya (Alabelen, Tunç), Kızlar Sivrisi seemed more like a real mountaineering experience complete with a long drive, below-freezing night at camp, a 4am start, a rocky crux section, and a short fantastic summit ridge.  At 3070m it’s the highest summit in western Turkey. 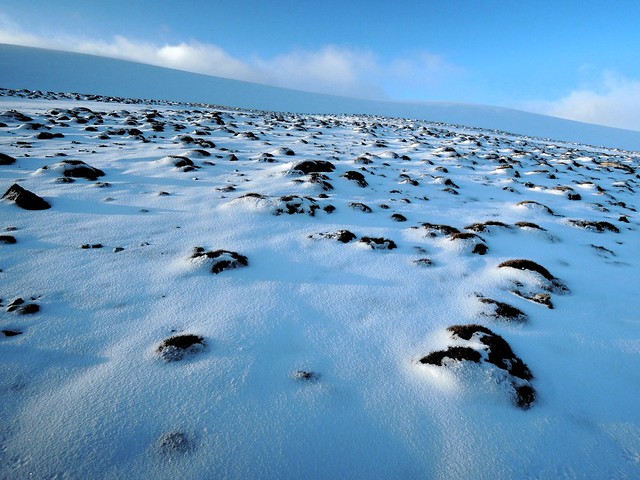 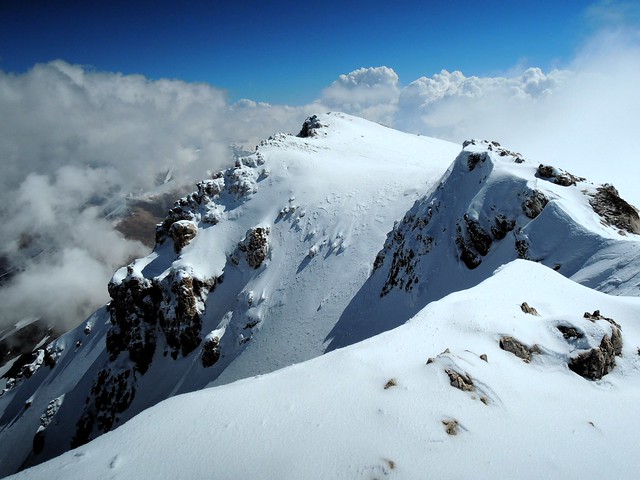 Our plan was to climb one of the steep north face routes on Kızlar Sivrisi.  It was a 2-3 hour drive around the mountains from Antalya to Elmalı, and then we headed off onto village roads.  It had rained quite a bit the day before in Antalya so we weren’t surprised to be turned back by the mud shortly after leaving the last village.  A tractor could have made it, but the villagers have caught on to this problem for the mountaineers and wanted 250tl for the 24km roundtrip.  This is not unreasonable if you have 10 or more people, but for the five of us it was steep.

We drove around to another access point, and after securing permission in Elmalı were allowed to enter this “forest research” area.  We had a great campsite at about 2000m, and I quickly fell asleep after getting in my sleeping bag at about 8:30!

The following day was long and sunny.  I put on sunscreen twice, but still managed to burn my forehead, under my nose, and a bit around my mouth.  We were on the summit about seven hours after leaving camp, but it could be a done a couple hours faster by a fit group.  I was impressed with the views at the summit and now see why it’s worth driving the 2.5 hours to access Kızlar rather than just climb another route on Tunç. 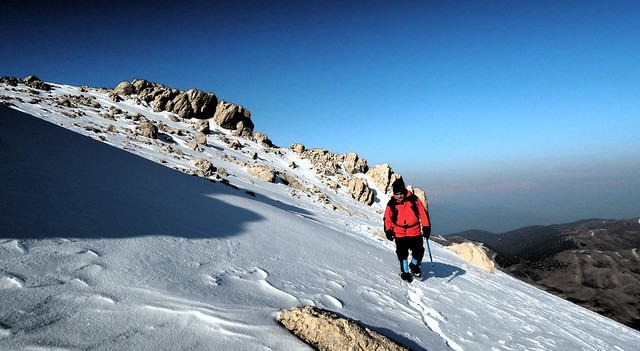 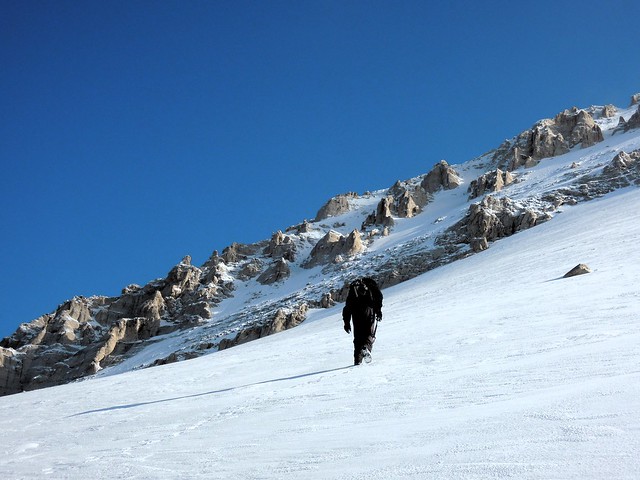 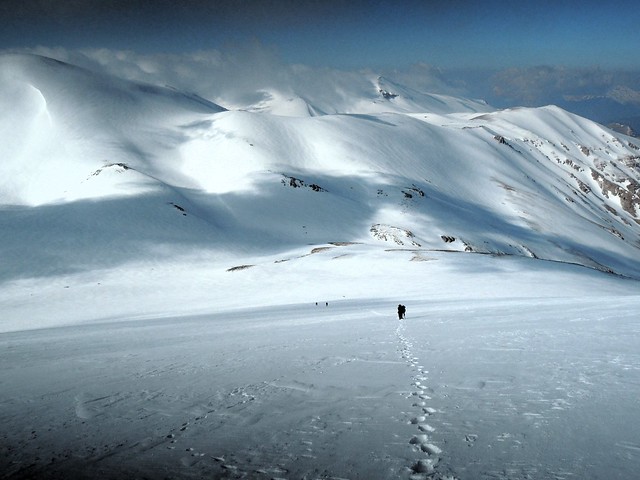 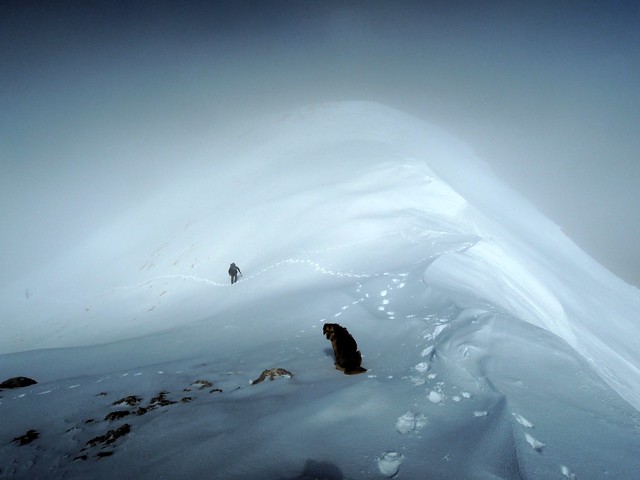 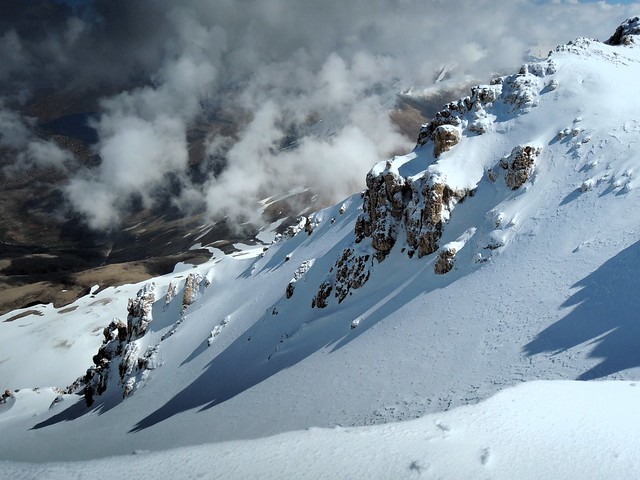 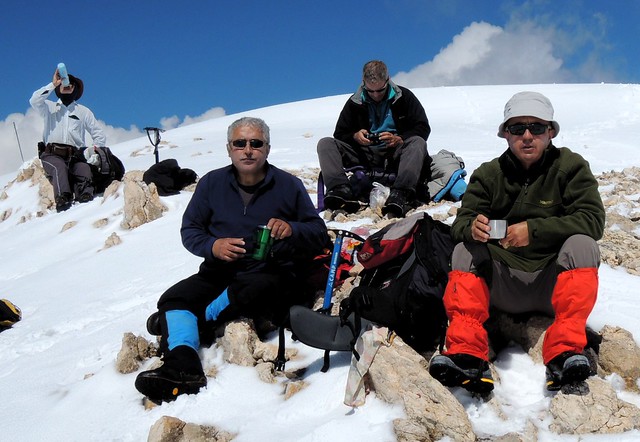 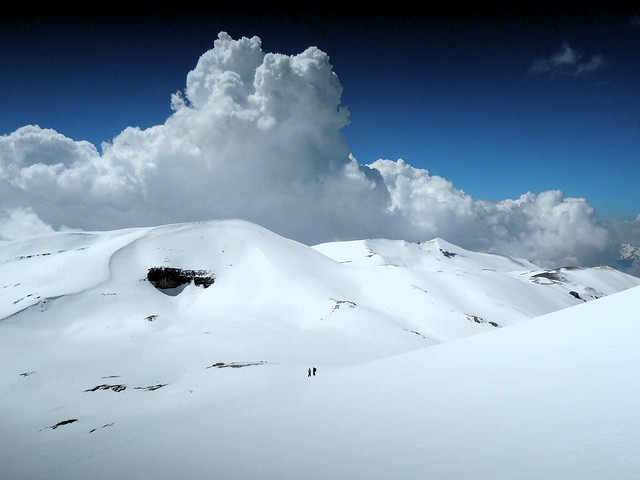 For the second half of the four-day weekend Ferda and I went to Side, a popular tourist town about 80km east of Antalya.  Side’s old city is set on a small peninsula.  The narrow streets, old buildings, and tourist restaurants and hotels reminded me of Antalya’s Kaleiçi.  The ruins are a bit better preserved than what’s in the center of Antalya.  There’s even a 15,000-person theatre and a small good museum housed in the former hamam.  If you avoid the summer heat and crowds, it could be a fun place to spend a weekend. 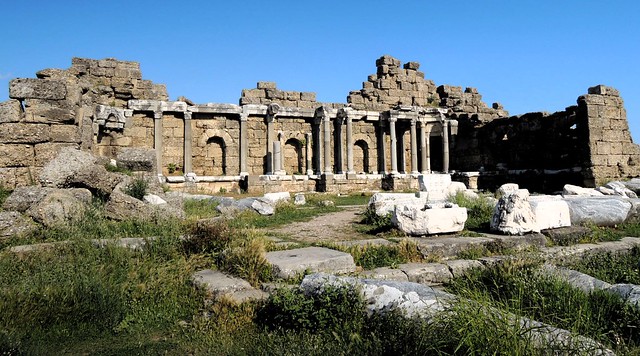 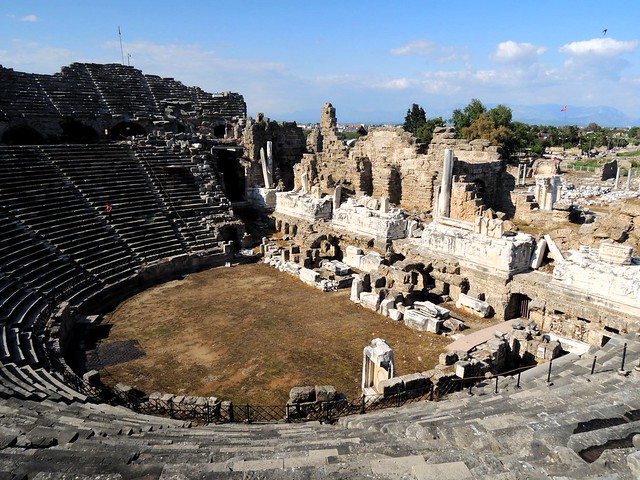 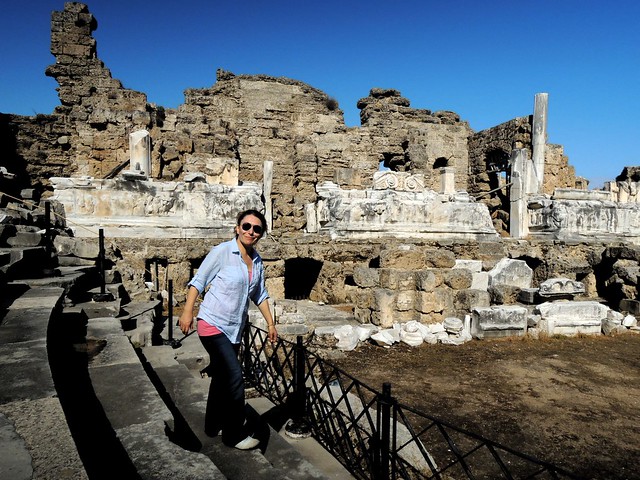 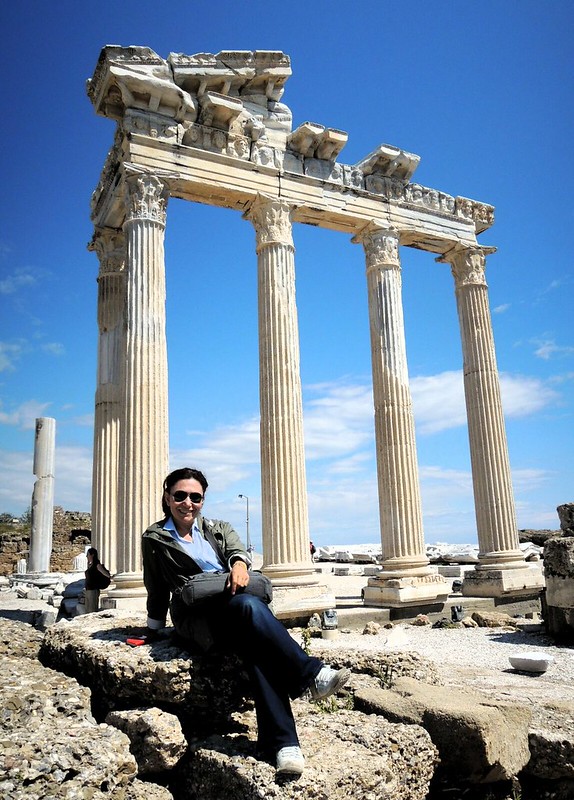 This entry was posted in Traveling, Turkey and tagged Antalya, Elmalı, Kızlar Sivrisi, Side. Bookmark the permalink.