Erdoğan (again); some protests and some biking

Erdoğan, out, git, istifa.  Power corrupts.  It’s time to go.  If it sounds familiar, it’s because I wrote the same thing about a year ago.  Or maybe it’s because you’ve been paying attention to the thousands in the streets of Turkey’s cities in what’s being called the Gezi Park protests (Gezi Park eylemleri). 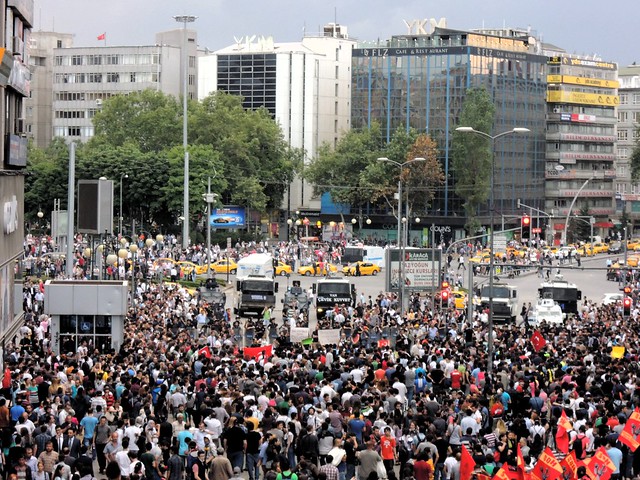 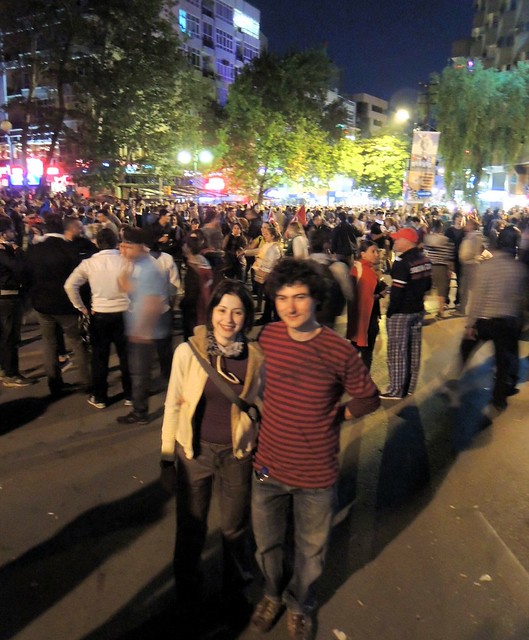 Erdoğan is sounding increasingly crazy and blames this unrest on a few students and some foreigners.  He’s also said, “for every 100,000 protesters, I’ll bring out 1,000,000 supporters,” essentially saying, “screw you; I’m not listening” (my translation).  He likes to point out that there’s no opposition party with much support which is true, but it must be hard to form much of an opposition in the country with more journalists in detention than any other in the world.

Erdoğan called social media “a menace to society”.  Well, sure, it must be hard to put all those twitters in jail.  Oh wait, in İzmir they tried!  They detained 25 people based on their tweets, such as “don’t go to Konak, the police are using tear gas there now”.  Dangerous people, huh?  Kind of like opposition journalists.

Erdoğan called the protestors “looters” (çapulcular).  The protesters turned around and started called themselves “çapulcu” and turned it into an English word saying “I’m çapuling”.  So the Turkish language institution changed the definition of çapulcu but not other words deriving from the same root such as the verb, çapulmak (I’ve had some trouble verifying that this language change is anything more than a rumour).  It’s all a bit ridiculous if it weren’t so serious.

There’s been a rash of graffiti in Turkey’s generally graffiti-free cities.  My favourite references Erdoğan’s recommendation that every woman ought to have three kids, the quote that set off last year’s blog asking him to resign.  (I took this photo and all the protest photos on this page in Ankara.) 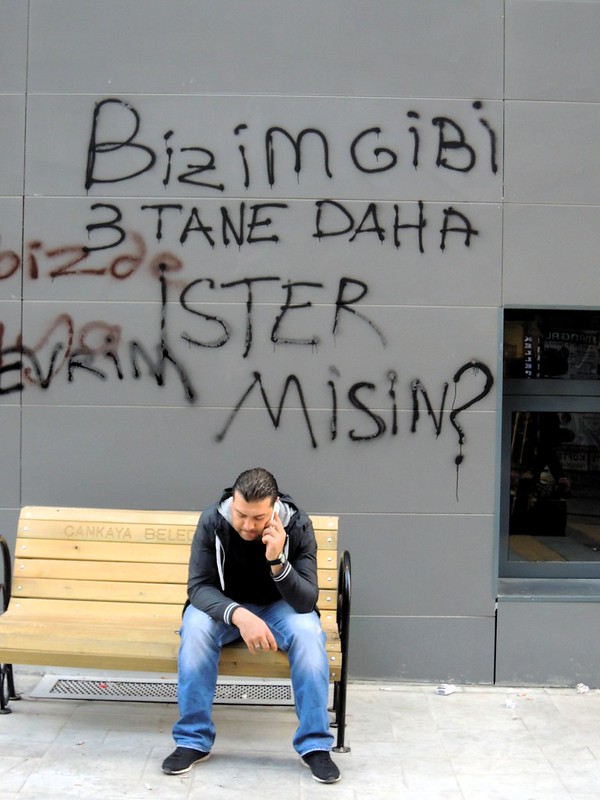 Graffiti translation: “do you want three more like us?”

If you don’t think that one once-revered man, a hero even, can go crazy with power and ruin an entire country, well you only need to look south to Mr. Mugabe.  Yes, Erdoğan ought to go before it’s too late.

A few days ago I was talking with a couple guys from Ankara in the village of Uşakgöl (Beypazarı, Ankara) in the foothills of the Köroğlu Mountains.  I told them some of the things I like about Turkey, and one of them said, “yes, Turkey has everything: the sea, the mountains, big cities, lots of villages with friendly people, and even the Gezi Park protests!”  Haha, we all laughed.

Turkey also has tremendous bicycle touring, and I’ve been doing in a little.  From Han I returned for the third time to the Frig religious center of Yazılıkaya.  My first time leaving there I had gone east, the second time west, this time I headed north and found a few more Frig sites including Küçük Yazılıkaya with distinct writing, Gerdek Kaya Mezar Anıtı with carved pillars like at Petra, and the tremendous rock castle of Doğanlı (both near Çukurca).  Carved in a crack in the rock inside the castle is a vertical staircase with excellent hand and foot holds allowing access right to the top.  It was exciting enough that two young guys from Eskişehir, Osman and Gökhan, were too afraid to climb to the top even as I showed them the way. 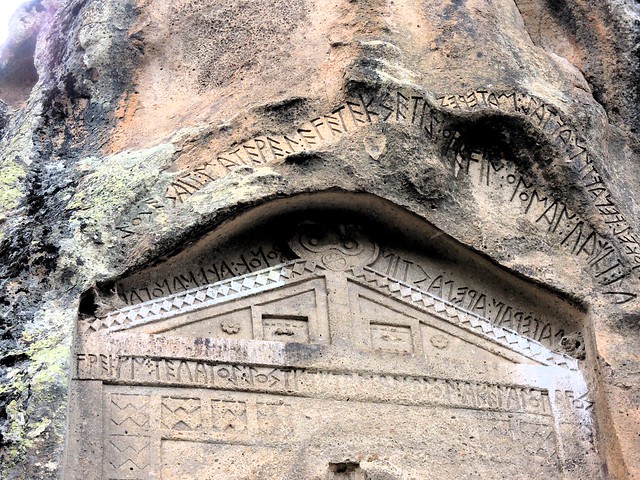 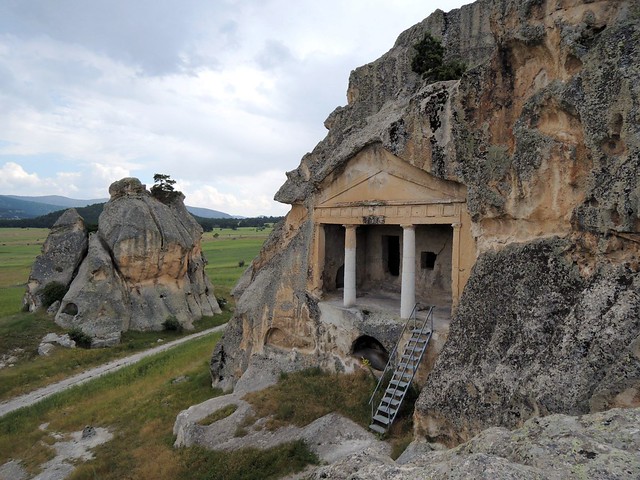 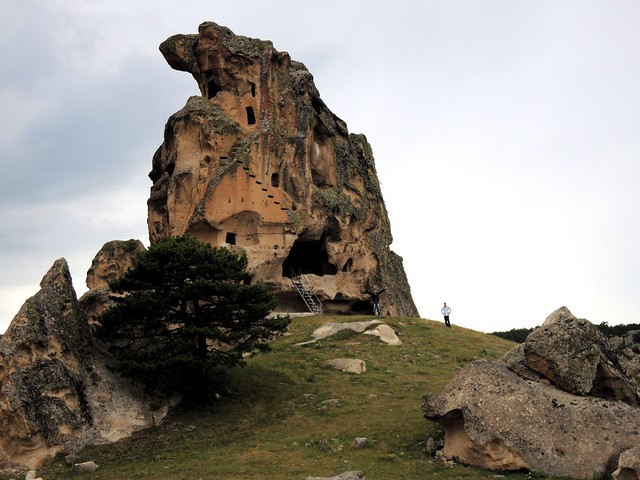 My final Frig site reminded me of something that anyone reading this blog ought to be acutely aware: you can publish anything on the internet.  I found a reference to Kayzer Kale saying it was the best site on the Frig Yolu.  It was a 24km round-trip detour from İncik — of course all uphill on the way there — to see a couple short sections of old rocks walls.  The top of the climb was steep with loose rocks and overgrown prickly bushes.  Yeah, thanks, probably the biggest disappointment on the Frig Yolu.  You read it here.

In Ağlarca the mayor invited me for breakfast.  She was the first female mayor of the village and had brought internet to the village and a minaret to the mosque.  In Seyitgazi I had the first of many opportunities to see dead Ottoman heroes in their tombs, a form of worship that Turks practice with a bit too much zeal for my taste.  I asked the solemn women why Seyit Battal Gazi’s tomb is so long, and they earnestly replied that he was seven meters tall.  I managed not to laugh. 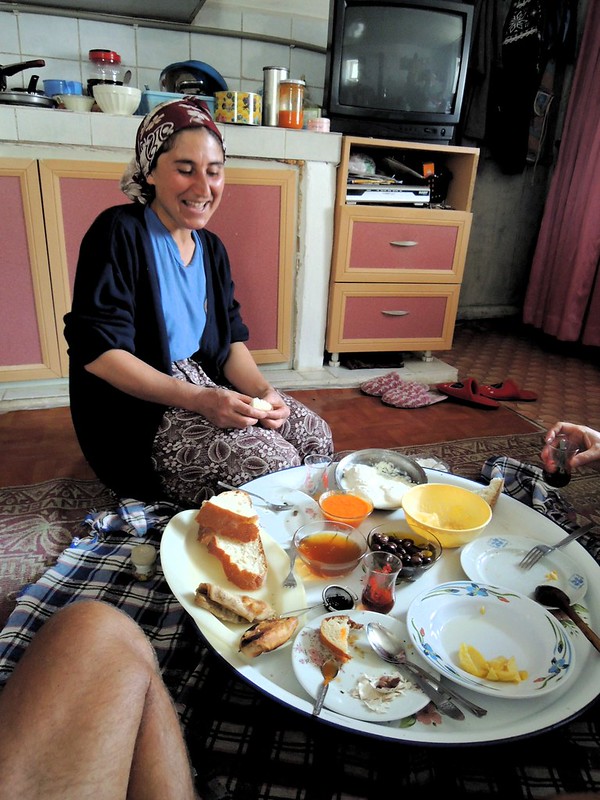 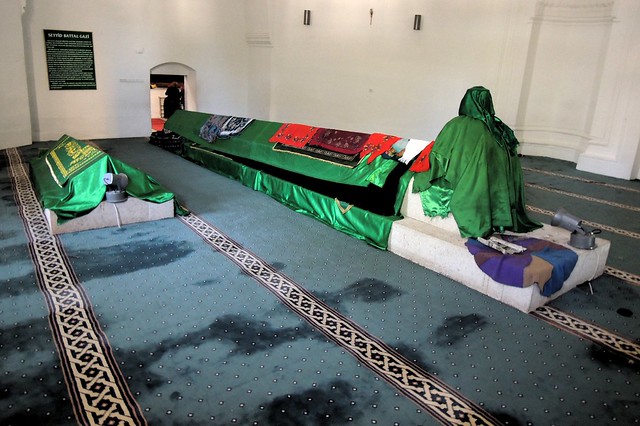 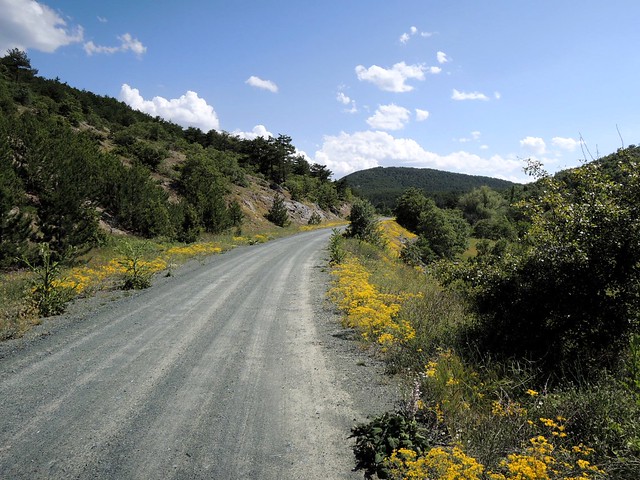 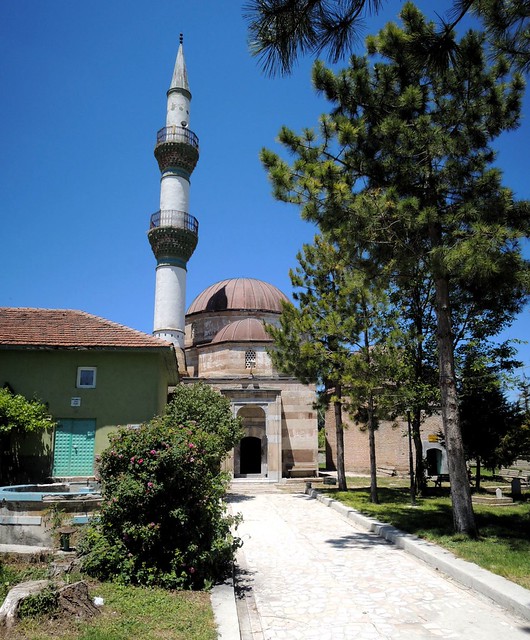 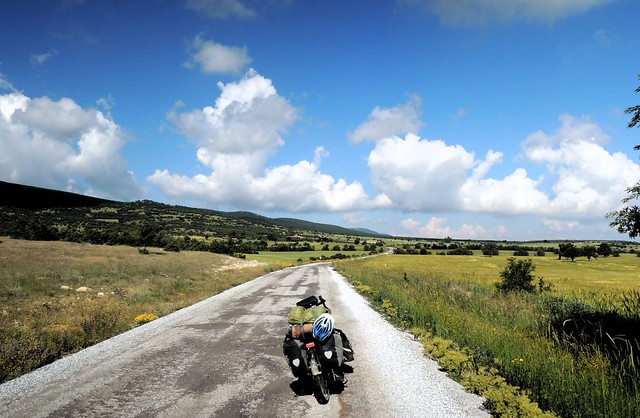 2 Responses to Erdoğan (again); some protests and some biking