On my trip west Air Berlin was nice enough to give me an overnight in Berlin where I was able to see Antje.  On the way back, however, it was eight hours in Düsseldorf which I wasn’t really looking forward to.  It turns out, however, that getting from the Düsseldorf airport to the city center is quite easy.  Sitting across from me on the train into the city center were three Russians fortifying themselves with vodka at 8am.  Had I known how cold and deserted the city would be at this early hour I might have asked to join them. 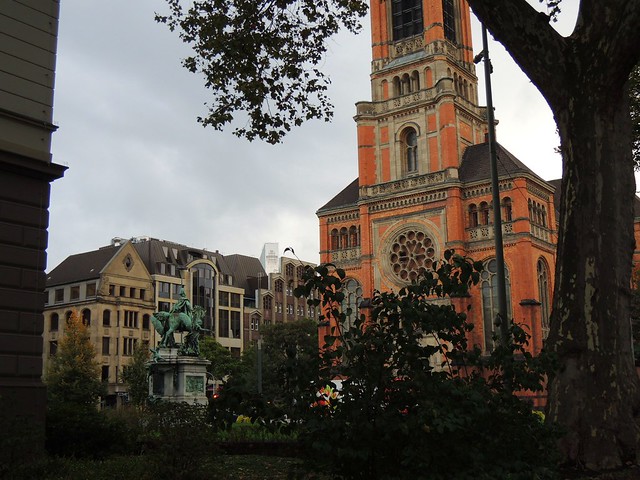 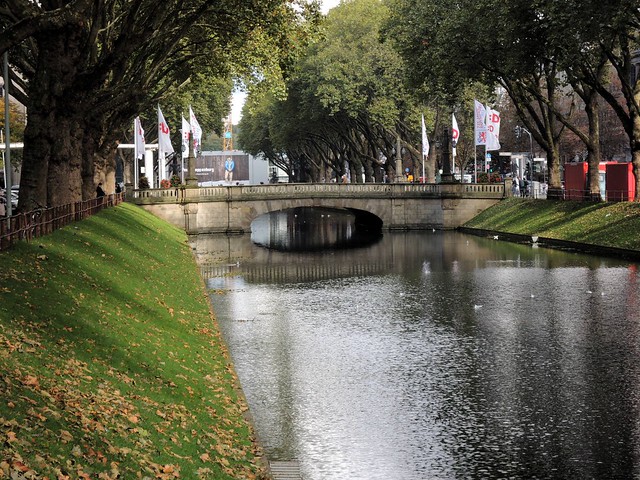 I walked around for two or three hours before there was much activity on the streets.  I started by going through the Japanese immigrant area — apparently there are more Japanese immigrants in Düsseldorf than Turkish immigrants — but that didn’t prove particularly interesting.  I vaguely followed a walking tour that led to a fancy shopping street, then crossed a canal into the old part of the city. 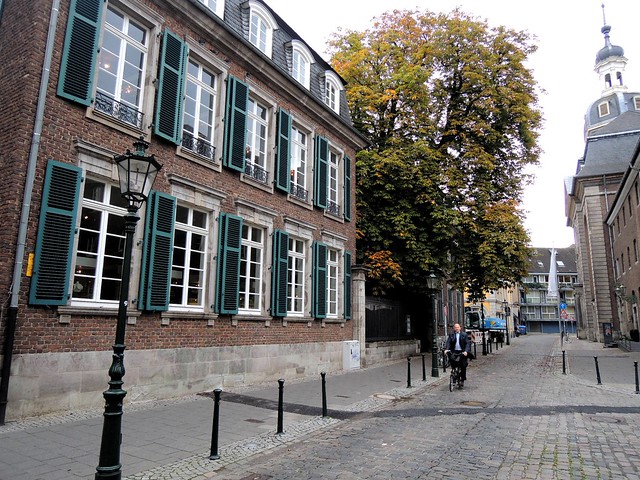 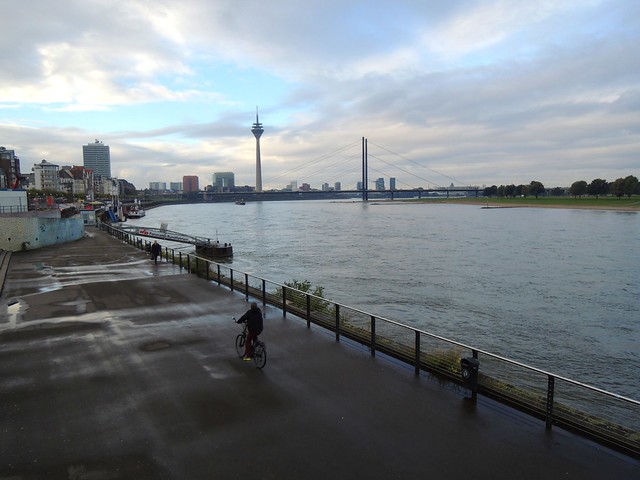 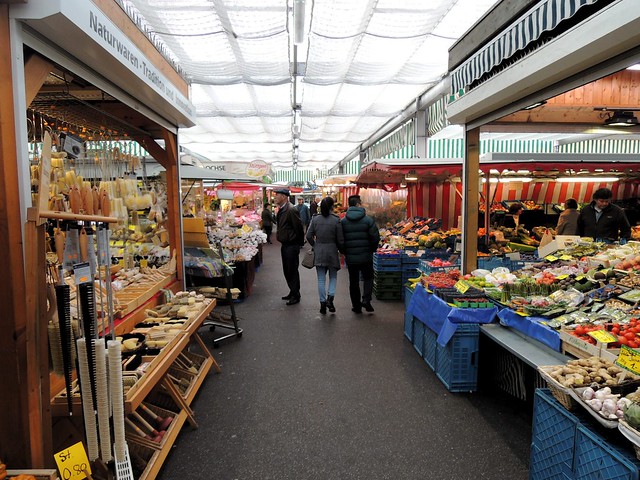 Walking through the cobblestone streets and old houses in the old part of Düsseldorf (Altstadt) might be the most touristy thing to do.  There are a couple churches to visit; the Rhine River boardwalk is nearby; I found a farmers market; and most importantly there are a number of old microbreweries brewing Düsseldorf’s speciality, Altbier.  I smelled Uerige before I saw it, followed my nose, and came across this scene: 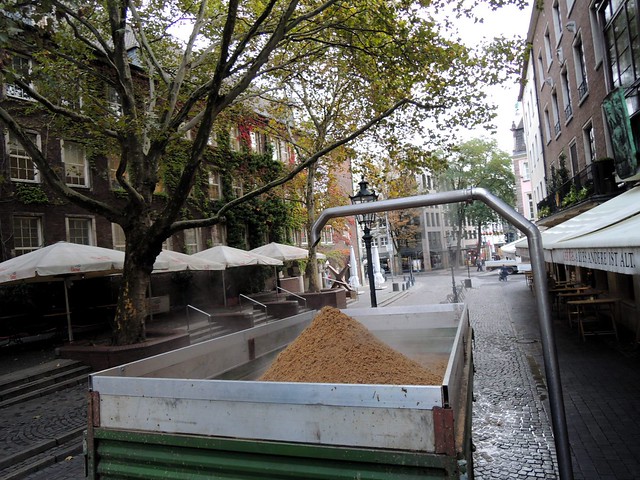 It’s a pipe coming from the brewery to the street to discard the leftover mash into wagons, presumably to give to animals.  Inside the brewery was warmer, and even though it was still morning and few shops were open, the bar was open, and I wasn’t the only one drinking beer.  Everyone ordered the same thing, Uerige’s famous Alt, served in cute 25cl glasses for €1.90. 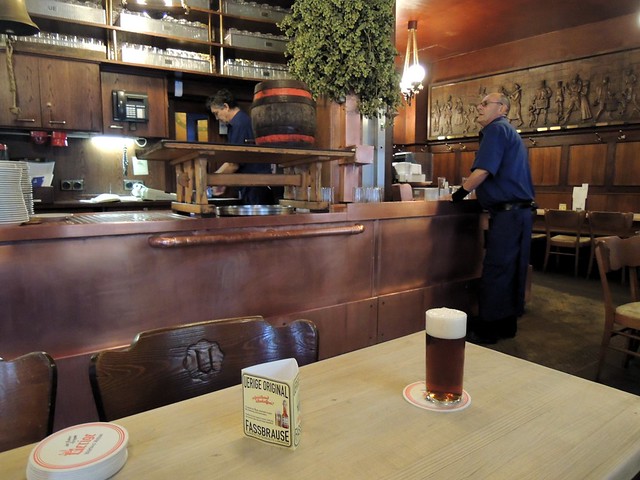 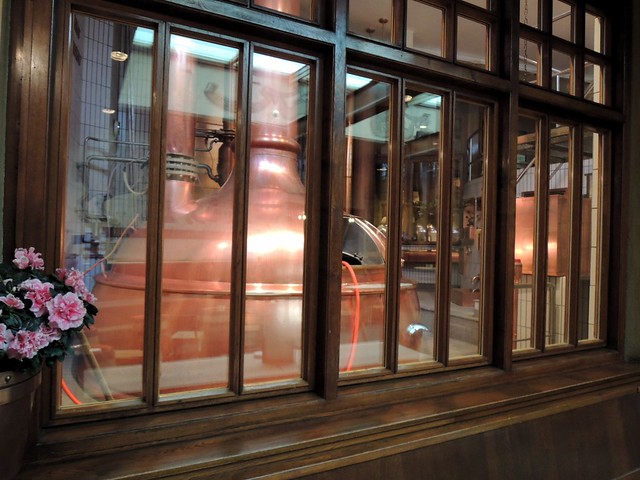 Thusly fortified it was time to head back to airport.  Along the way, I stopped for lunch at a döner kebap place where I had the longest conversation of my short stay in Düsseldorf.  It was of course in Turkish with the worker (owner?) from Adana who had spent 12 years in Düsseldorf and spoke (what sounded to me like) excellent German with the rest of his customers.  I left and said, “goodbye, I’m off to Antalya.” 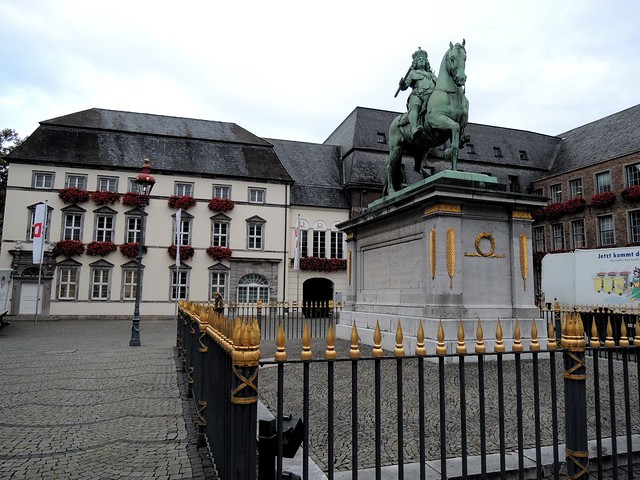 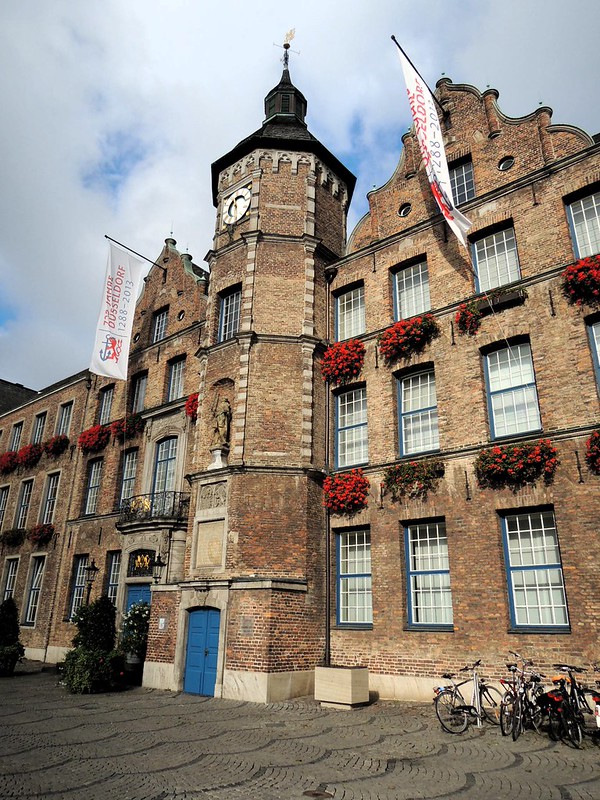 This entry was posted in Germany, Traveling and tagged Düsseldorf. Bookmark the permalink.