For New Years week I went to Ankara to spend some time with Gezginder friends.  That’s the name of one of Ankara’s hiking/outdoor groups, like TODOSK in Antalya.  Banu and Deniz were busy working on their theses, but Sabiha, Pınar, and Ateş were able to get away for the weekend to climb Küçük Hacet in Ilgaz.  We went by bus a few hours (2-3?) north of Ankara to the Çankırı/Kastamonu border and left the main road at Ilgaz Geçidi, a pass that Julie and I had climbed on our bikes (from the Black Sea side) 15 years ago.

I was curious how much I’d remember about the road from the pass to Çankırı since I’m pretty sure Julie and I used the same road.  Ha, nothing!  It looks like it must have been a big fun descent, but I have no recollection of it.  I’m thinking about going back to Çorum this year for some cycling — guess I don’t have to worry about a seen-this-all-before feeling!

There were about 8 of us on the Küçük Hacet climb, and most of us signed up because we were excited to climb in snow and use our crampons and ice axes.  Well, there’s still very little snow in Ilgaz this year.  The small ski resort there must be running on a tiny base.  I’ve heard they have the same problem at the ski areas in Bolu, Isparta, Antalya, and İzmir.  Hopefully it’s been snowing more in eastern Turkey since I have a ski trip planned there in March.

We had a casual start from Ankara Saturday morning and that day only walked a couple kilometers from the main road to the spot where we made camp.  We camped in the snow, but it certainly wasn’t cold like Colorado winter camping.  The weather that week was quite mild, but also the elevation was fairly low: 1800m at camp, 2500m at the summit. 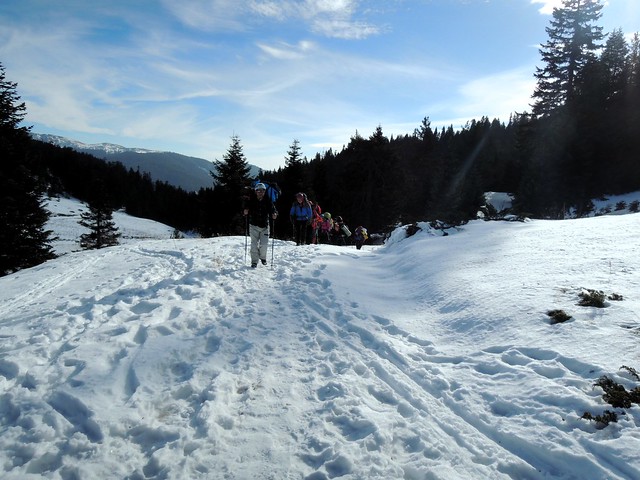 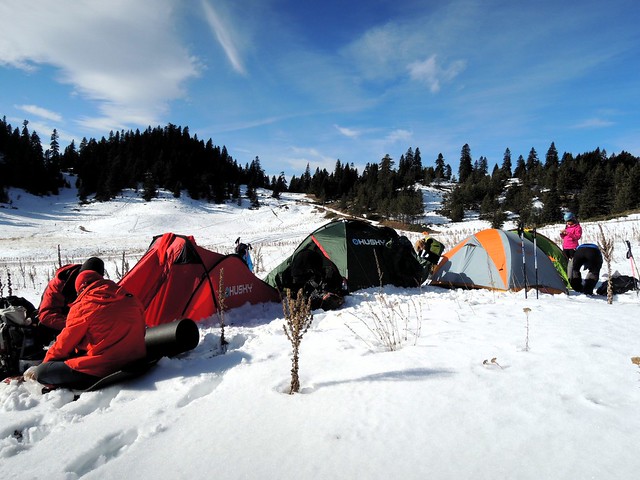 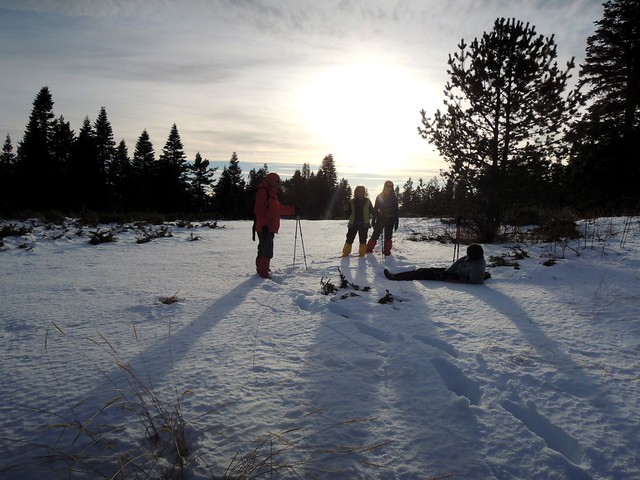 The pace for the summit day was casual which was nice because it turns out I was starting to get sick.  I had slept well and eaten a lot so I couldn’t understand why I had so little energy.  Luckily I didn’t need too much.  Ateş gave me a little blue pill which made it easier to ignore my aching body.  The day wasn’t as regimented as an outing with TODOSK, but they were pretty insistent on everyone keeping together.  Banu explained to me later that it would really be a scandal in these hiking groups if one person got way ahead or way behind — a situation that I don’t think is such a big deal in Colorado. 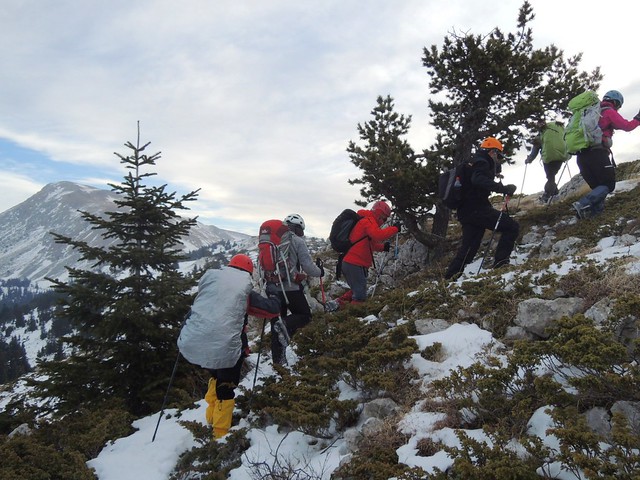 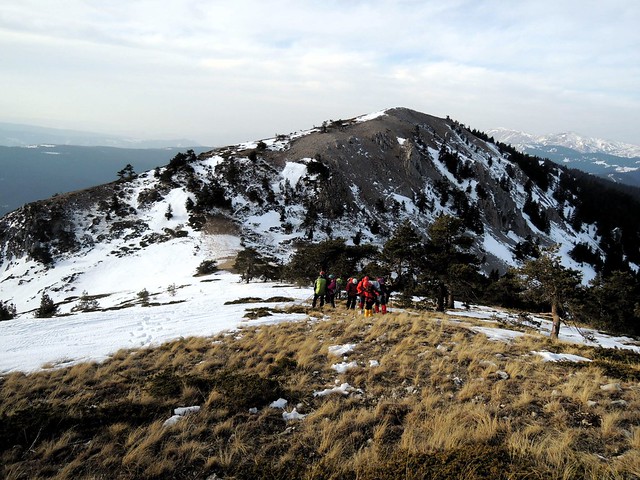 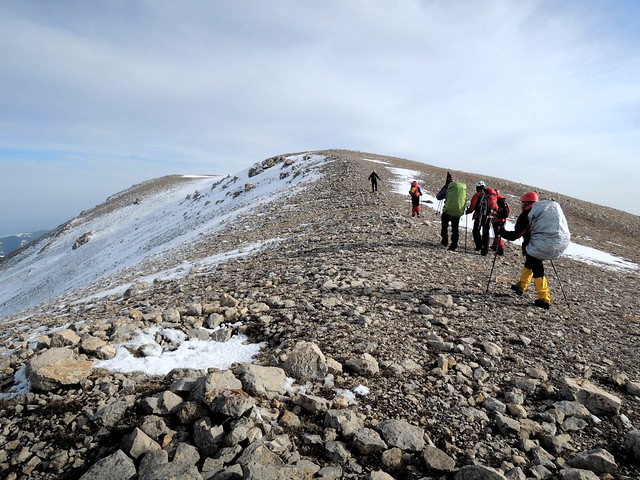 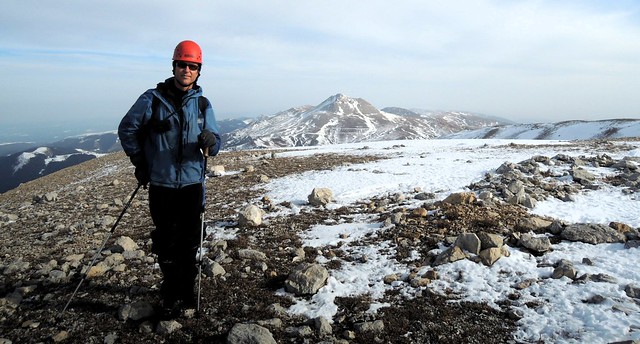 For New Years Eve I was back in Ankara where I hoped to see some excitement in the big city like I did in Mexico City last year.  However, I was sick and ended up spending a quiet evening at Banu’s house with Sabiha.  She went home, and I went to sleep before midnight. 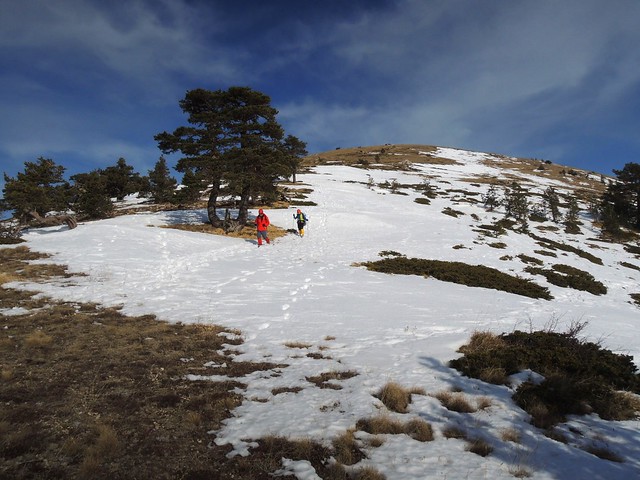 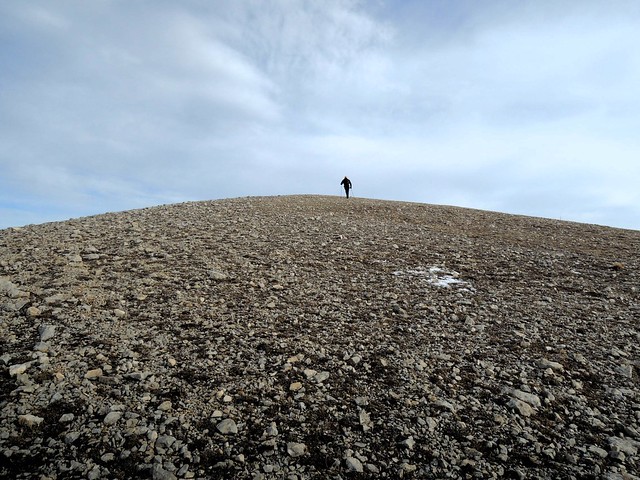