Climbing with Seb (aka bolts on Etli Döner)

A couple months ago I met Seb(astian), a German who came to Antalya to start a photovoltaic company with his business partner, Olaf.  Olaf is the one with heaps of PV experience.  Seb loves to talk, meet people, smile.  His job — not surprisingly — is the marketing.  He’s good at networking so it’s not such a surprise that he met me.  In the couple months he’s lived in Antalya I bet he’s met more foreigners than I have in the many months I’ve been here since first arriving in February 2012. 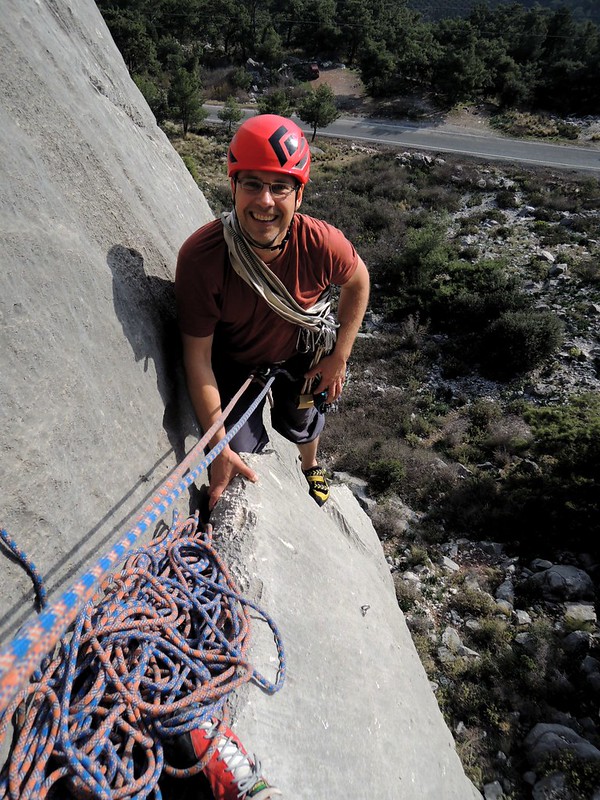 Seb is (barely) starting to learn Turkish and certainly isn’t afraid of talking and making mistakes.  After climbing a couple days ago (which ostensibly is what this post is about) we stopped at the bakery on the way back to town.  He had been there a number of times before and asked me how to say “what’s your name?” before we entered.  At the counter was a cute young head-scarved Turkish woman with a smile that’s still sparkling in my memory.  Seb chose his baked goods and then of course had to ask me again.  “Senin adın ne?” I told him again, easily overheard by the woman.  He smiled and repeated the phrase to the woman.  She smiled and answered.  Hahaha, fun to see the enthusiasm to learn.

Our main goal of that day wasn’t actually the bakery.  Seb and I have climbed a number of times on the bolts at Geyikbayırı, but we wanted to get out trad climbing that day.  We followed the guidebook directions to the rocks above Hurma, a place neither of us had climbed before.  The book had photos of what looked like a stellar route, Etli Döner.  We found it easily, perhaps a 10 minute walk from the paved road.

Sure enough, from the ground it did look stellar, but, uh-oh, we were both shocked to see bolts on the route.  There are over 600 bolted routes at Geyikbayırı.  What are they doing bolting easily-protected climbs in other areas?  The two routes here were first-climbed less than five years ago.  In Yılmaz’ trad climbing book, published even more recently, they’re listed as trad climbs — bring stoppers and friends (cams in Colorado lingo)…  Major disappointment. 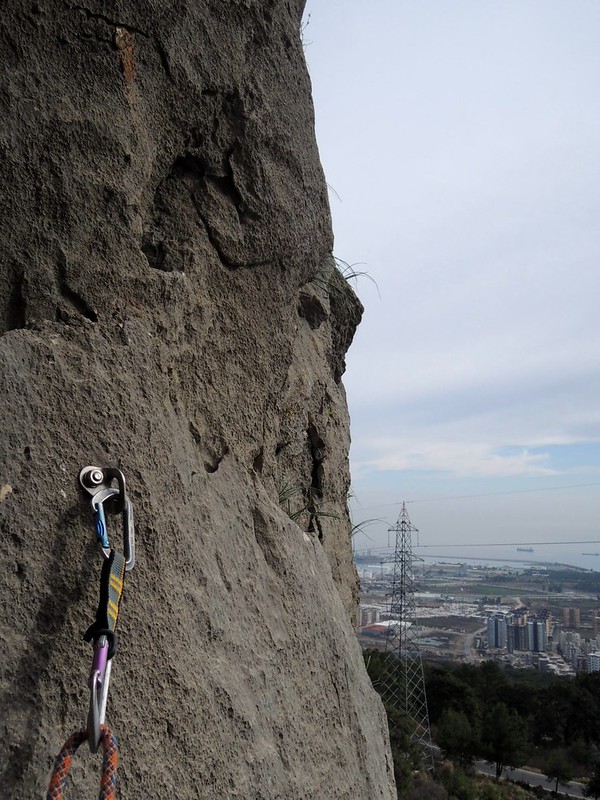 I decided to lead it using the bolts.  Halfway up I came to a bolted anchor and above that, no more bolts!  Not only did they bolt the route, but they only bolted half of it.  I hollered down to Seb to bring some gear so we could finish the route.  He followed, and we continued on to the top.  I was still complaining about the bolts, but Seb said, “Bryan, that route would be really hard without the bolts.”  Well, that was all I needed to hear.

We rapped down, and I led the pitch again — the entire pitch this time — without using the bolts.  It was a super lead, the funnest and best trad lead I’ve done in Turkey.  I’ve never climbed a route that like before — once with bolts and once with gear.  It was interesting to see how differently I approached it and how different I felt.  I was more calm and deliberate placing my gear, but the calm could also come from the fact that I knew what to expect. 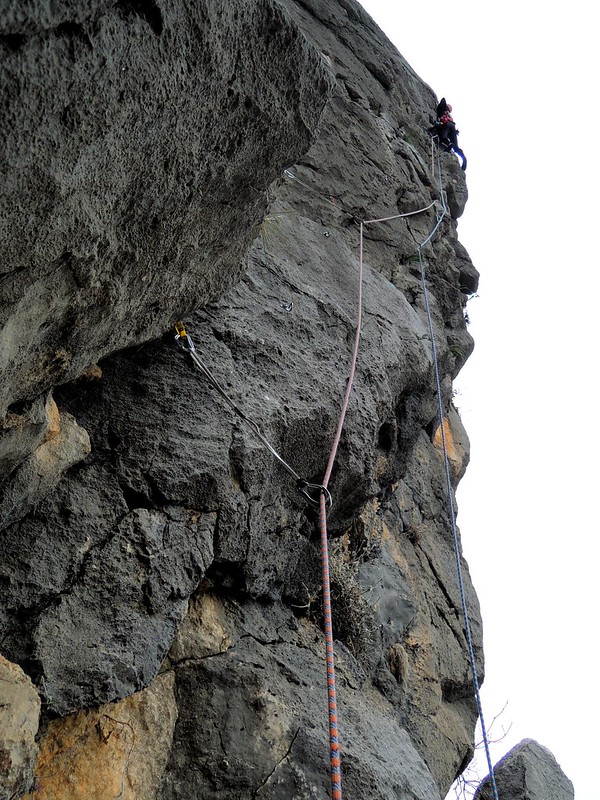 Well, Seb and I will get out again.  I’m sure we’ll be able to find some real trad routes around Antalya.  (We already have.)  It actually seems like there are first ascents waiting around all over the place, but that’s another game. 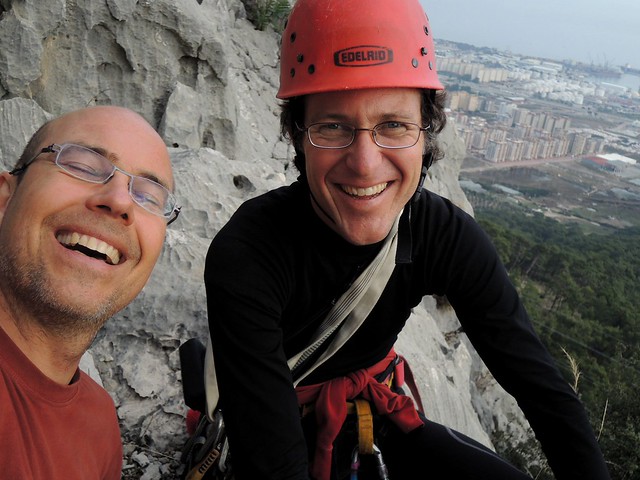 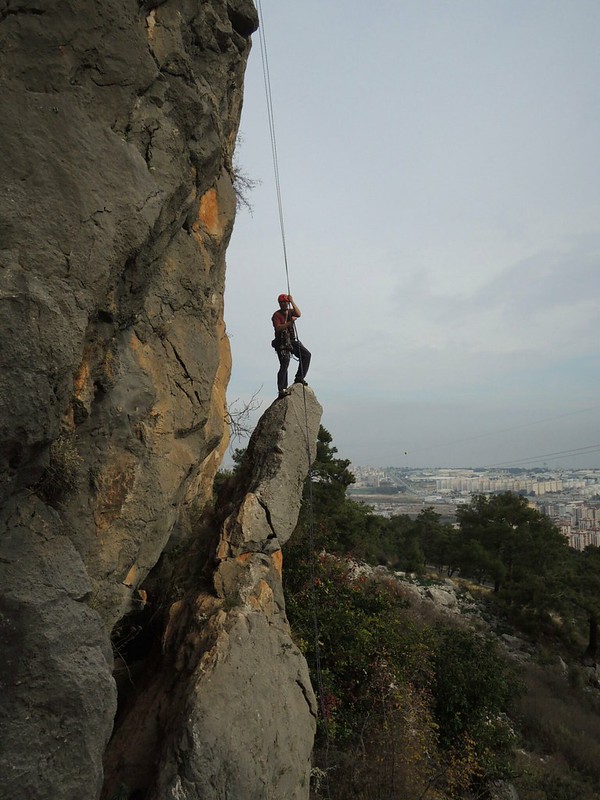 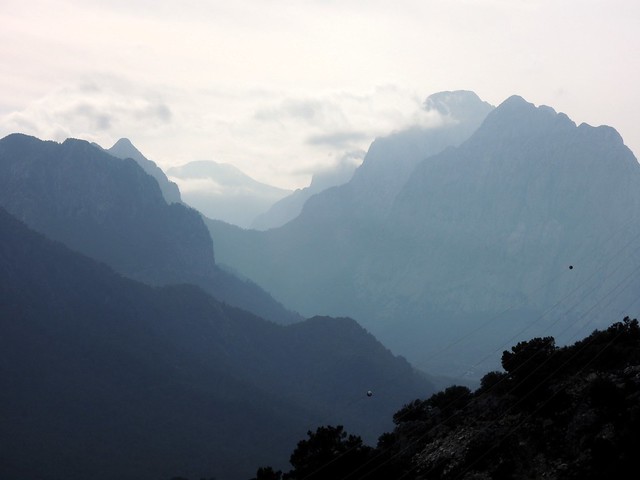 This entry was posted in Climbing, Turkey and tagged Antalya. Bookmark the permalink.