Geyikbayırı is no secret.  The sport climbing guidebook I have (4th edition, published 2011) lists 618 bolted routes in Geyikbayırı.  There’s not a new edition yet, but there’s a supplement that I’ve seen floating around, listing corrections, and, I don’t know, another 50-100 new routes.  Climbers come from all over the world to climb the limestone at Geyikbayırı.  On Christmas Day I even met two couples from Boulder.  It only took us a few minutes to find some mutual friends.  Mostly, however, it’s Germans, Russians, and Turks that I meet at the crags.

I’ve now been climbing at Geyikbayırı more times than I can count, and I have to admit that I’ve done more sport climbing in Antalya than I did in over 20 years living in Boulder.  It’s not that there’s no trad climbing in Antalya.  However, there are many more developed sport routes than trad routes.  Also, when I first got to Antalya, I didn’t have any of my climbing equipment, and few people here have the equipment to climb trad.  I’m starting to do more now.

There are all levels of difficulty, but it’s impressive the number of routes in the V-VI range (5.5-5.10 YDS), perhaps 130.  Since it’s bolted, I’ve been talked into leading a few VIIs as well…

Back in October I helped out at a rock climbing festival with TODOSK by setting up some top ropes, belaying, and teaching people how to tie in and belay.  It was of course Turkish style with a break in the middle of the day for a big lunch and tea. 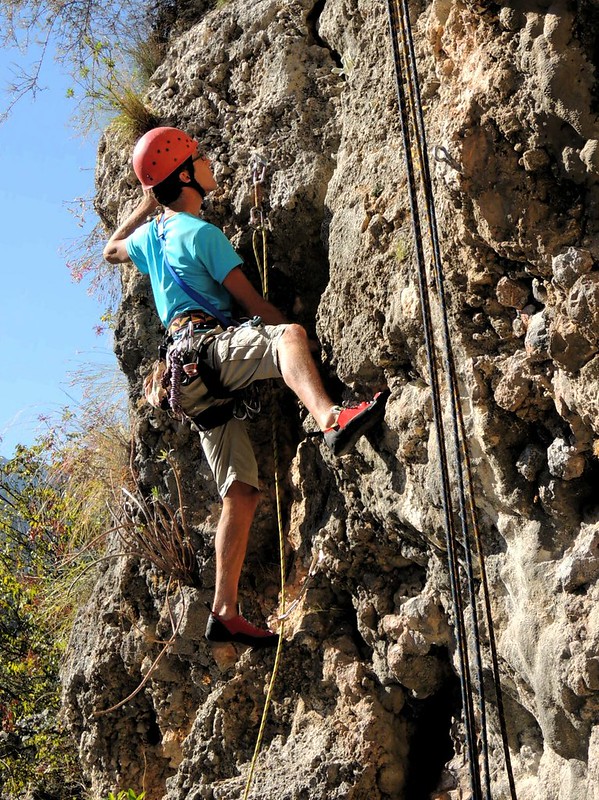 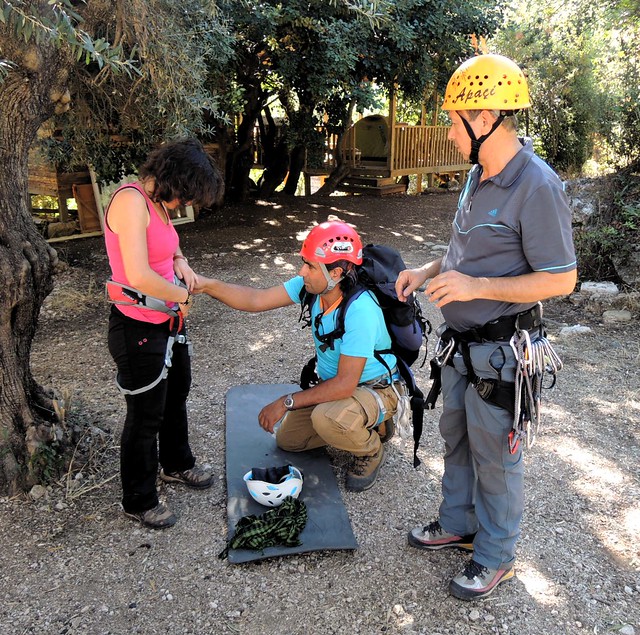 Here are a couple photos from another TODOSK day at Kebap Bölgesi that Cemal and Emral (pictured) organized: 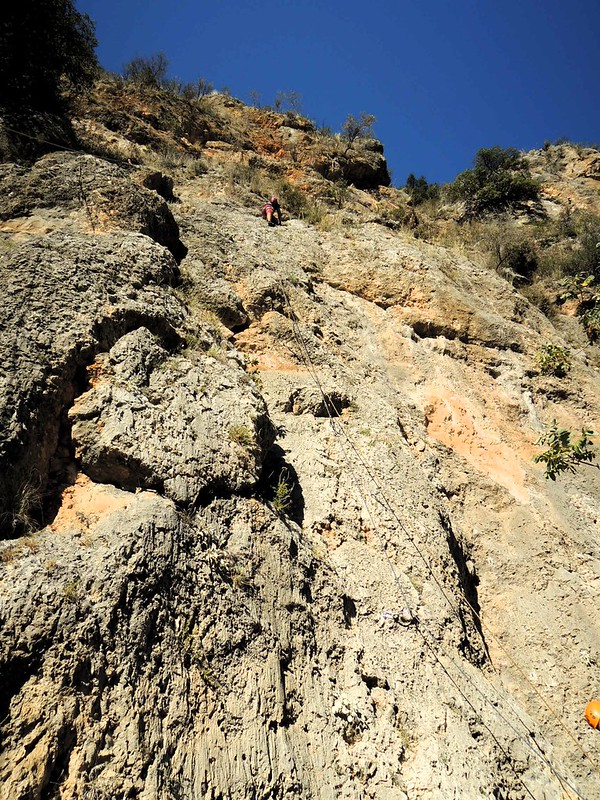 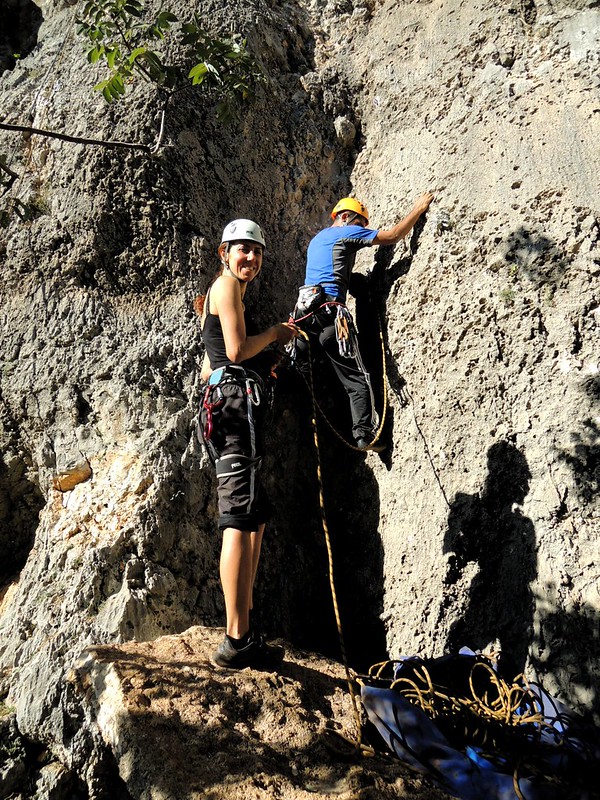 And the Alaaddin Bölgesi above the Peak Guesthouse cabins with Guillaume: 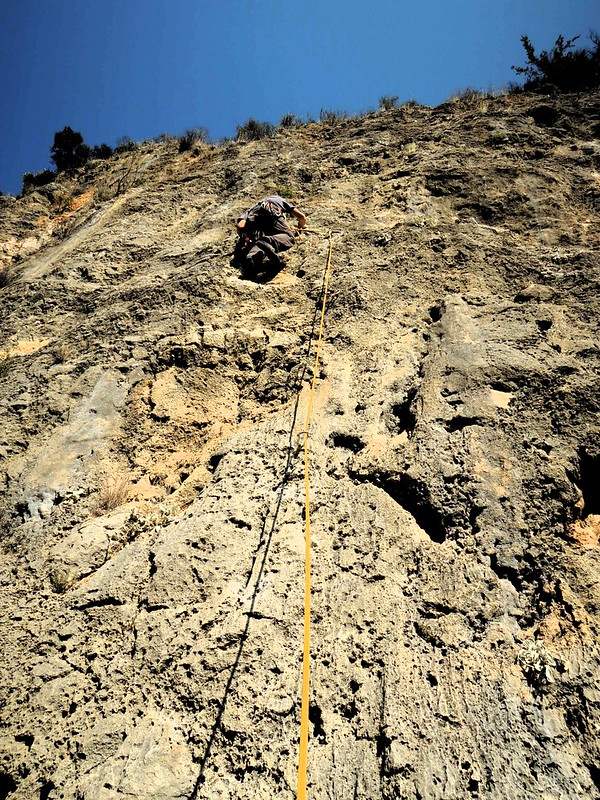 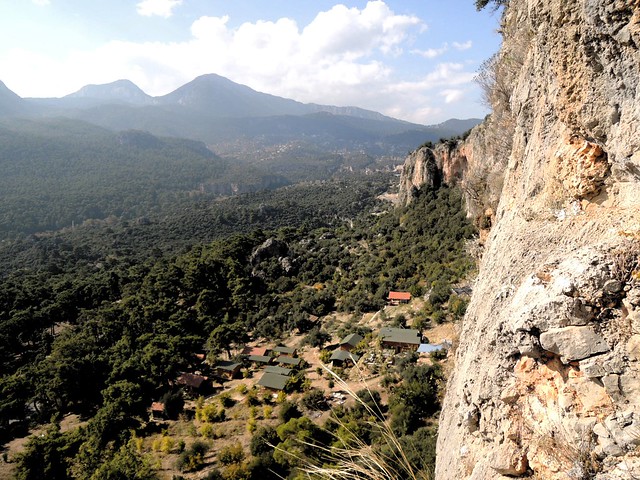 There are a number of places where climbers stay at Geyikbayırı.  The TODOSK festival stayed at Kezban’s Guesthouse, next door to Josito.  Up the road is Climber’s Garden and down from there is secluded Rido’s Camp with convenient access to Trebenna Bölgesi and some nice trails.  Ferda and I stayed one night at Rido’s in November.  Here she is in the morning making sure the tequila really is finished. 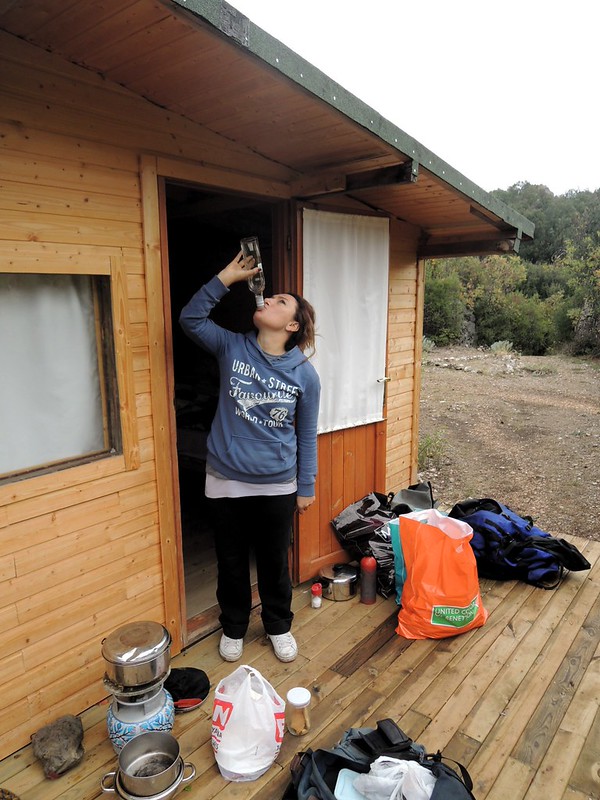 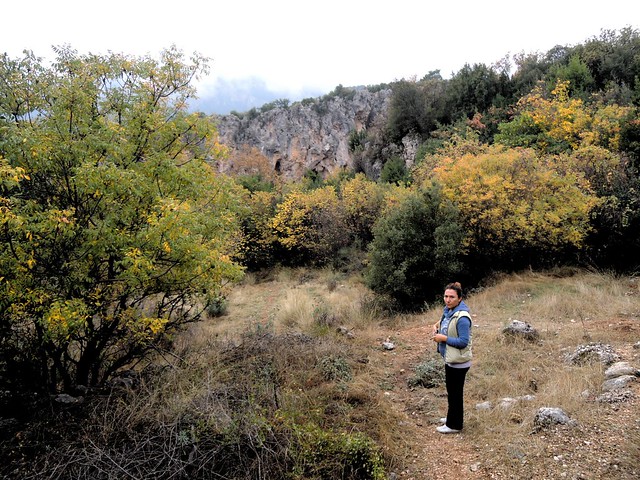 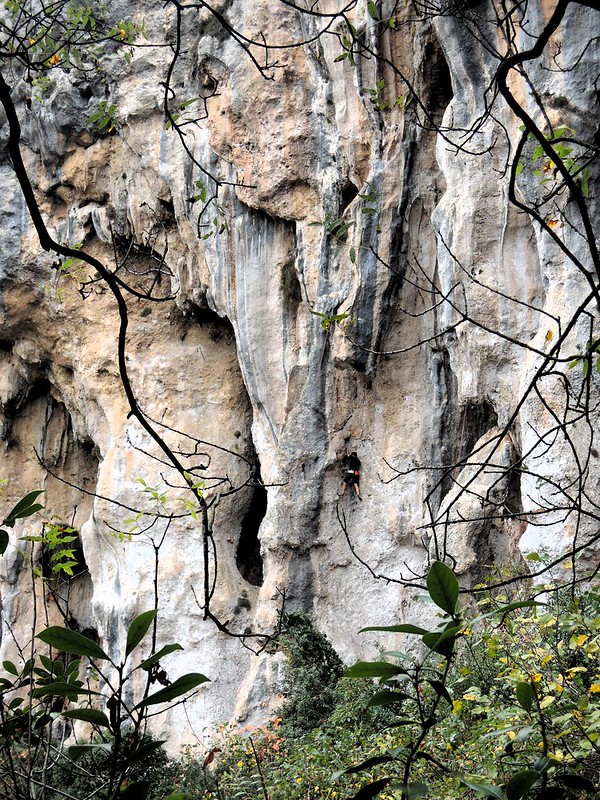 Be warned that none of these places is cheap to stay, and they’re incredibly surprisingly full.  Some people will prefer to stay at a cheaper, nicer, more comfortable pansiyon in Antalya and come by car to the crags.  This gives you more flexibility, but ultimately is more expensive because car rental and benzene (petrol/gasoline) are quite expensive here. 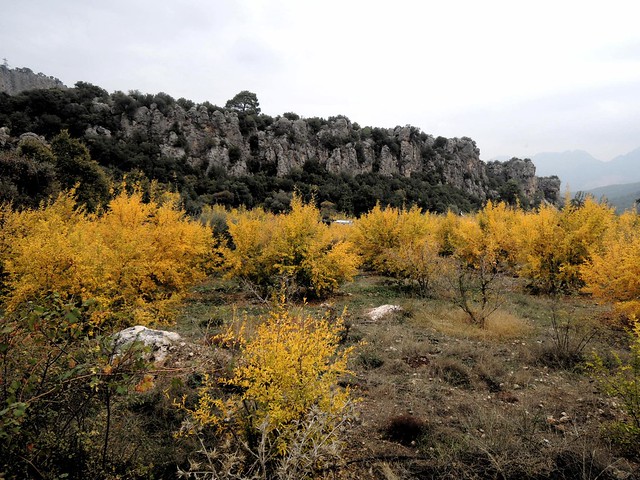 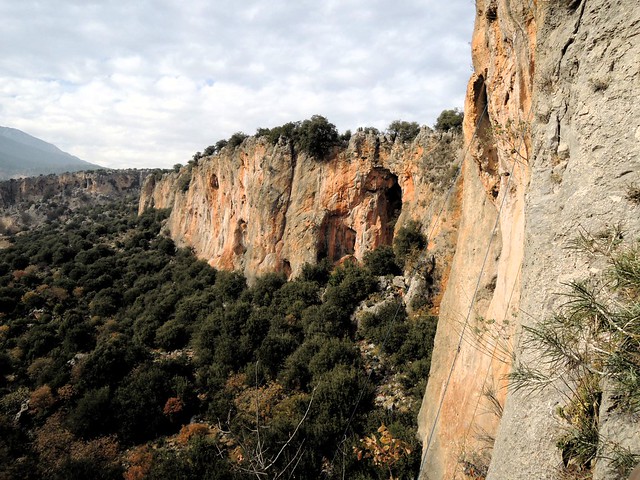 If Geyikbayırı doesn’t satisfy your sport climbing appetite, Olimpos with another 250 or so bolted routes is just an hour drive south from Antalya.  I haven’t bothered climbing there yet.

This entry was posted in Climbing, Turkey and tagged Antalya, Geyikbayırı. Bookmark the permalink.