I’ve written about Tunç before.  It’s the biggest most impressive mountain that we can see from Antalya.  It’s also a rather easy climb though the drive to the start takes a good hour.  It would be quite a feat to bike to the trailhead and climb the peak.  The 2800m elevation difference is more than Longs Peak from Boulder.  Hmm…

This ascent was different from the others in that we were on the summit at sunrise.  It was cold, but the view was stunning.  Ahmet, Cemalettin, Terry, Komutan (Mehmet), and I drove to Feslikan Yaylası the evening before and camped there.  We had done no planning for dinner, but somehow it just seemed to work out.  I had brought spices and a stove (but no food).  Ahmet had brought some pasta and cheese (but no stove).  Cemalettin and Terry had each brought a bottle of wine.  Potatoes, onions, and mushrooms appeared as well.  We put together a good dinner. 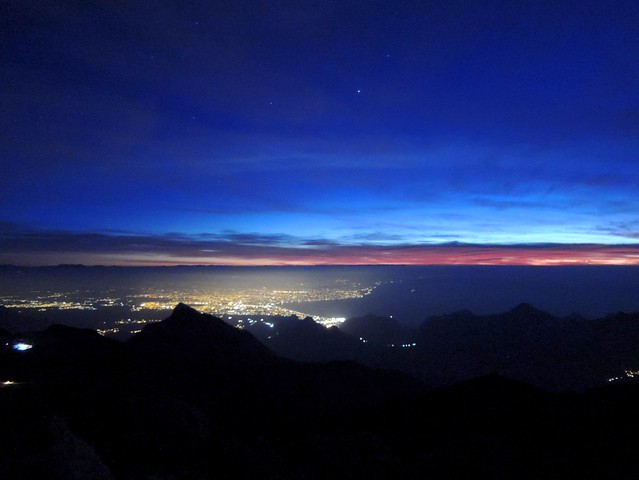 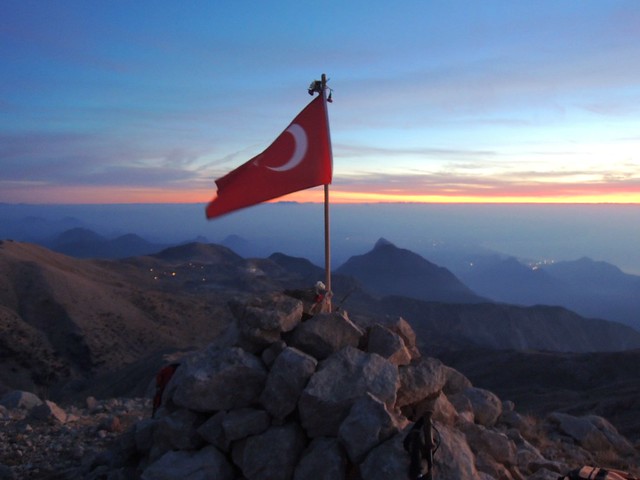 We somehow managed to get a little lost in the dark on the way up, but we left early enough from camp that we still summited in time for sunrise.  We fired up stove at the top and ate again.  Instead of reversing our steps we continued along the ridge and came to another slightly lower peak.  It’s 2619m and called Kayatepe according to the sign: 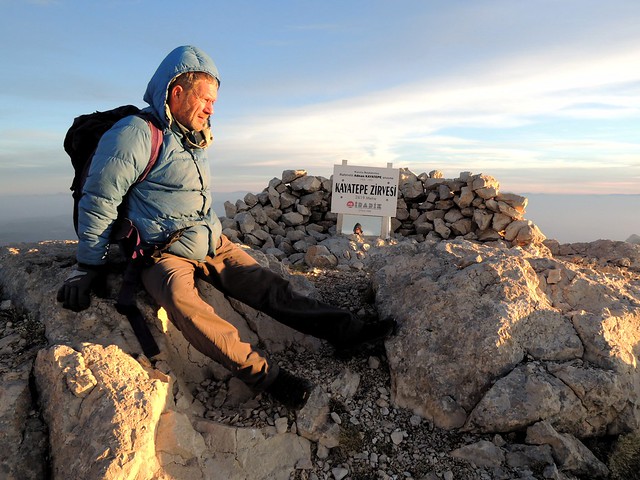 Continuing along the ridge we found a fairly easy steep gully to descend and were back at our camp in time for a second breakfast and back in Antalya in time for lunch. 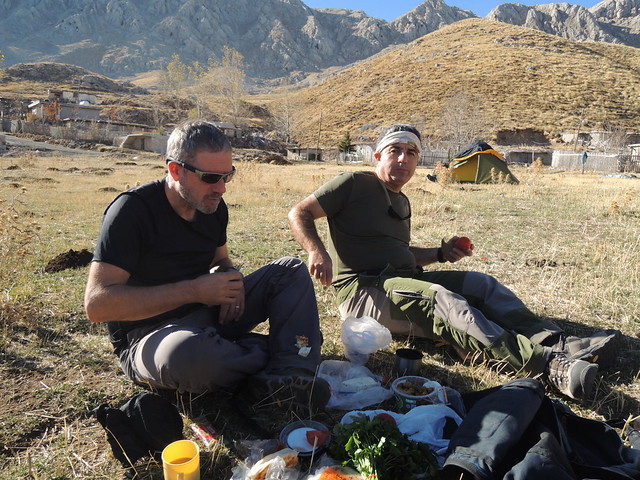 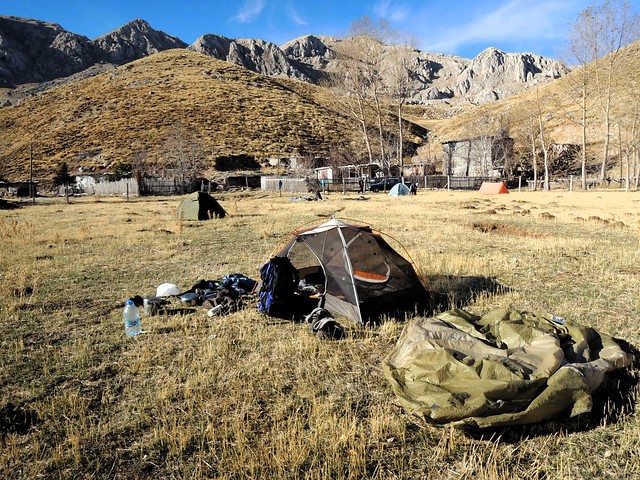