Everywhere I went in Israel and Palestine I was warmly welcomed.  However, that is, sadly, not the case for Israelis and Palestinians travelling to the same places.  One thing that Palestinians tried to determine pretty earlier on in any conversion is whether I was Israeli.  I guess they could usually tell by my behaviour/clothes/mannerisms, but they often asked just to be sure.  Unfortunately conversations were limited since I don’t speak Arabic or Hebrew and few Palestinians speak good English.  Jewish Israelis, on the other hand, largely speak terrific English and quickly correctly surmised that I was a tourist.  Unlike in Turkey, one thing that people rarely asked about was religion.  At least that’s something.

If you consider that it’s still one state, Palestinians are second-class citizens.  They can’t travel to Israel without special, difficult-to-get permission.  I talked to one Palestinian who would like to visit Turkey and asked about how much the plane flight was.  “Antalya to Tel Aviv cost me…” I started to say.  “Oh no, I can’t go to Tel Aviv.  I have to fly from Amman.”  In practice for Isreali and Palestinian citizens it’s two states.

Other times, however, it feels like one state with an apartheid system.  When Shimshon and I were descending from Jerusalem to the Dead Sea, I came across my first gated-village at Mitspe Yerikho.  It’s like a private gated community in the US, but in this case anyone can enter unless they’re Palestinian.  Sitting on the outside watching a man jog around the interior of the fence, I felt like I was looking into a zoo.  Apparently there’s security for Jews inside the fence, but they’re not allowed to travel on some roads inside Palestinian territory, even roads just outside some of their illegal settlements.  In spite of numerous UN resolutions, the illegal settlements continue.

The fact that Jewish Israelis can’t use some roads was one reason I chose to continue travelling on my own when Shimshon invited me to join his family in Jerusalem for Passover.  My route south from the Dead Sea took me on some roads that are illegal for Jewish Israelis to use.  Most of the time, however, it’s the exact opposite: I was in areas where Palestinians would need special permits to enter.

The most visible reminder of the apartheid system is the huge wall, somewhat supposedly (?) separating Israel and Palestine.  Over 500km of the planned 810km have been built.  If completed, the wall will illegally annex 46% of the West Bank.  In other words, Palestinians won’t be able to enter Palestine.  Jerusalem already has been annexed.  I visited Bethlehem and saw the wall there.  Then I crossed back into Jerusalem, something the Palestinians in Bethlehem cannot do. 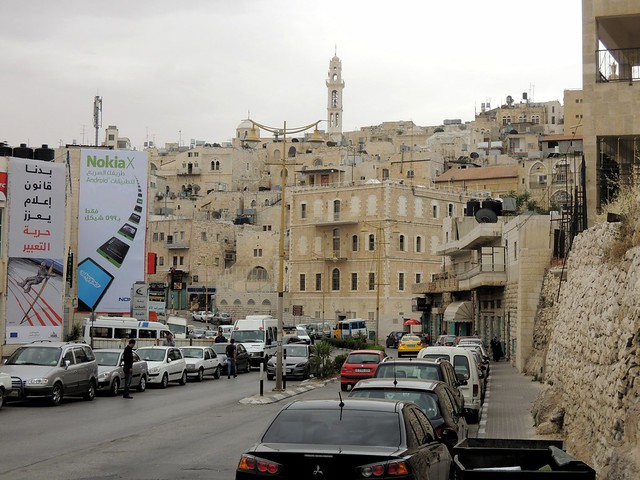 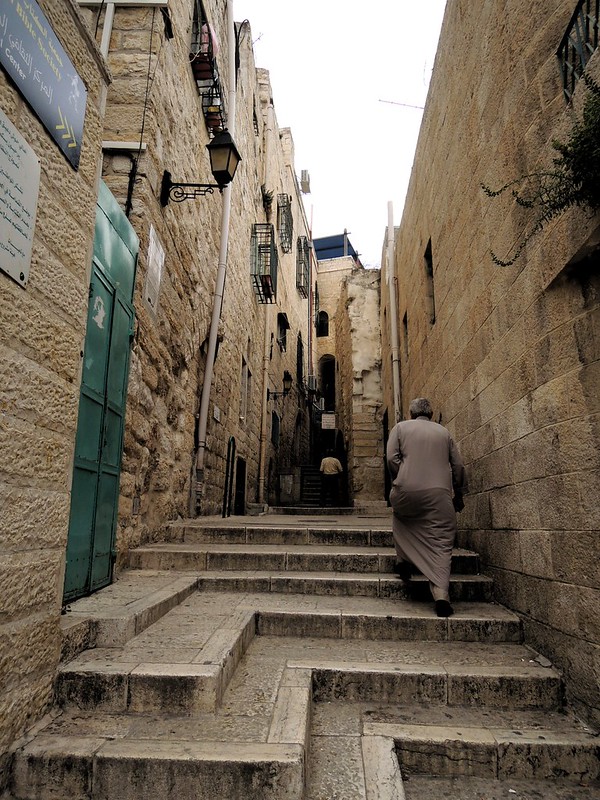 In Sapir in the Negev near the border with Jordan, I stopped and asked a woman where the grocery store was.  She pointed in the right direction and asked what I was doing.  I explained my bicycle trip through villages and desert areas.  She warned me, “don’t trust the Arabs.  They’ll invite you to tea, and then they’ll kill you.  They’re no better than animals.”  My other two interactions in Sapir weren’t offensive, just rude.  Racism goes hand in hand with apartheid.

Israel hasn’t only taken land from Palestinians.  They’ve also forced Bedouin off their traditional grazing areas.  This ongoing land conflict is potentially dangerous for cycle tourists.  In the Negev I tried to carefully follow the signs indicating which lands were used for Israel military training.  South of the military base at Ramat Matred I came across four different signs that had been changed, seemingly indicating this area was no longer used by the military.  Sweet, off I went on a 6-hour excursion where I didn’t see another person.  Only later did I found out I had stumbled into a Bedouin-Israeli land conflict and indeed the area was still actively and intensely used for military training.  Since I’m writing this, I lucked out, I guess. 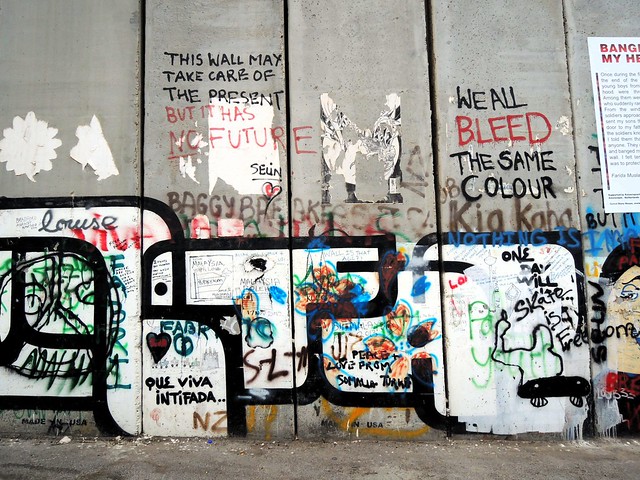 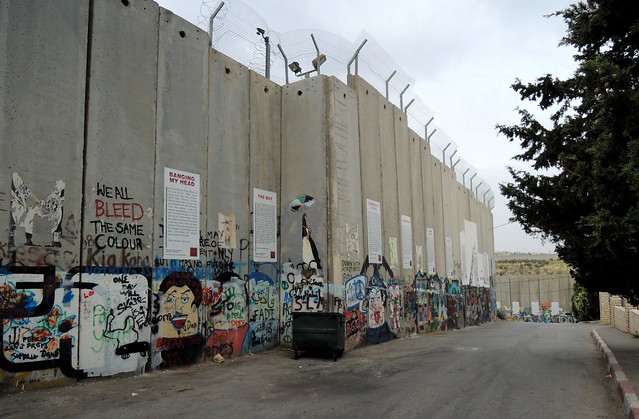 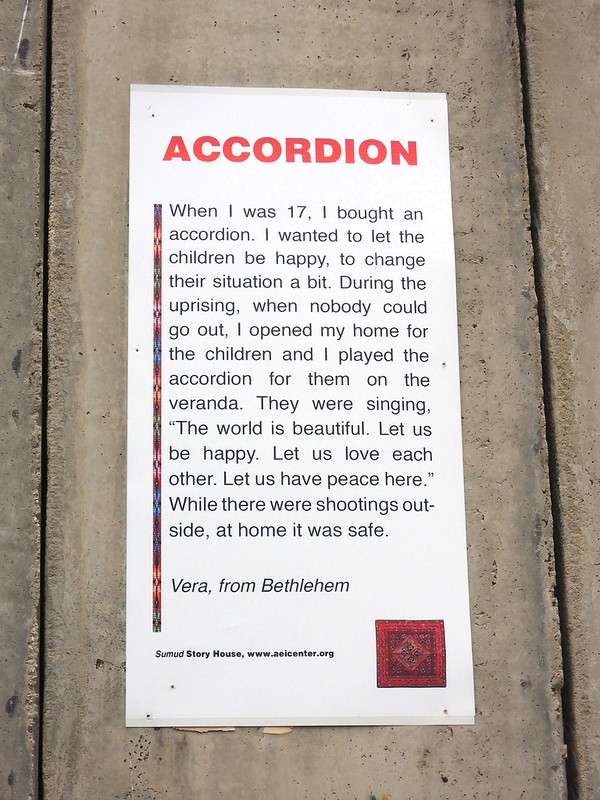 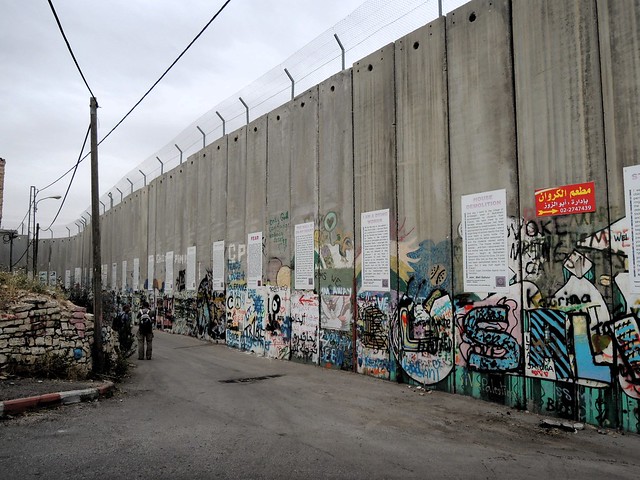 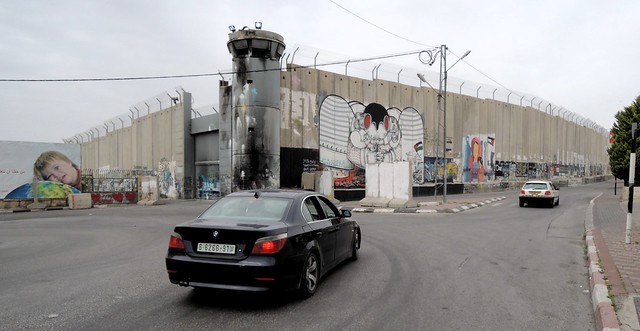 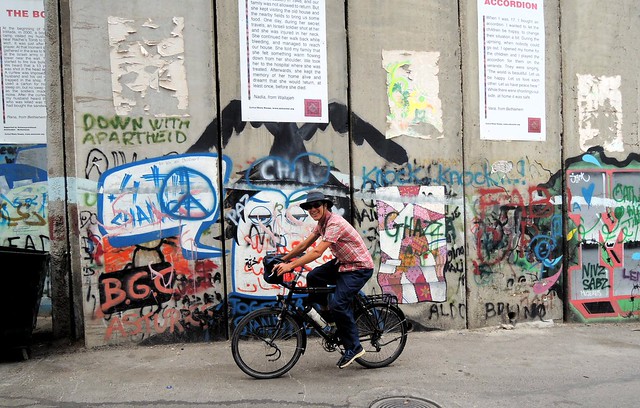