The historic treasures of Mardin in three days

Continuing our auto tour of Upper Mesopotamia, the next stops were Midyat, Mardin, and Dara, all in the Turkish province of Mardin. I’d been wanting to visit the city of Mardin for years.  It’s some travellers’ favourite place in Turkey.  Dara’s an old Roman city with an extensive necropolis and incredible cisterns, but the real jewel of the area is Midyat.

Ferda, Megan, my parents, and I learned about the Syriac Orthodox Church, met Syriac villagers and visiting members of the diaspora, and learned about Syriac traditions as they’re still practised in Turkey.  They’re still using the Syriac language, something similar to the more widely known Aramaic, the language of Palestine during Jesus’ time.  Syriacs are teaching the language within the community, but it’s not taught at Turkish public schools.  I heard the language spoken in at least one of the villages we visited (Altıntaş).  We also saw the Syriac prayer book and bible which use the Syriac language and script.  And of course we visited Syriac churches and monasteries that must be among the oldest Christian buildings in the world.

We drove into Midyat in late afternoon and happened upon this Syriac church while trying to find our hotel: 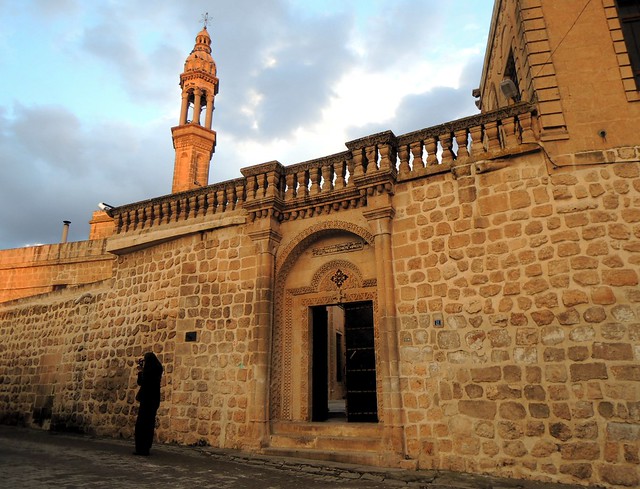 The priest there was quite talkative, gave Ferda a bible (in Turkish), and explained to her how Alevis aren’t really Muslims since they don’t follow Mohammed’s example literally (a very good thing in his opinion).  We also learned that it was the Syriacs’ annual 50-day fasting time.  They don’t eat any meat during that time, and they don’t eat at all after the evening meal until noon the following day.

Around the corner we found our hotel, everyone’s favourite of our week, complete with coffee, Syriac wine (of course), and a good breakfast. 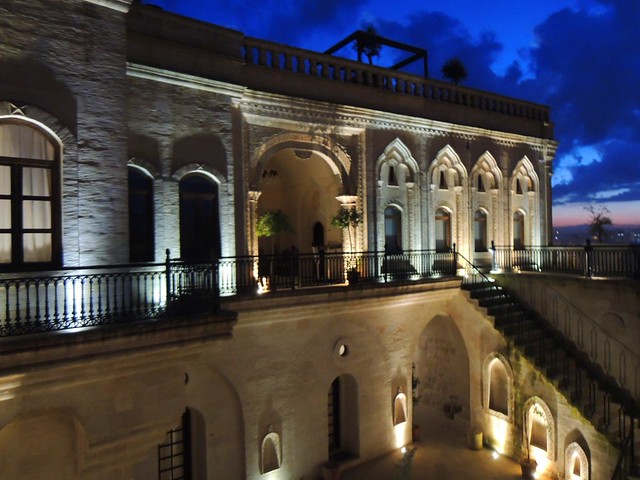 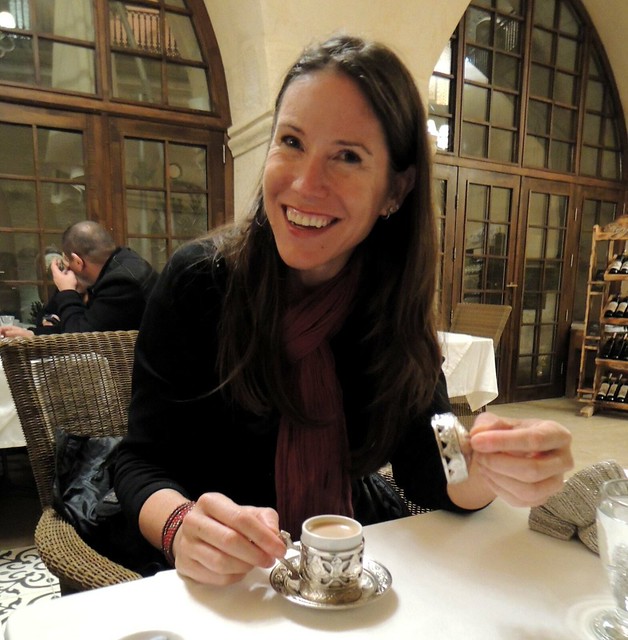 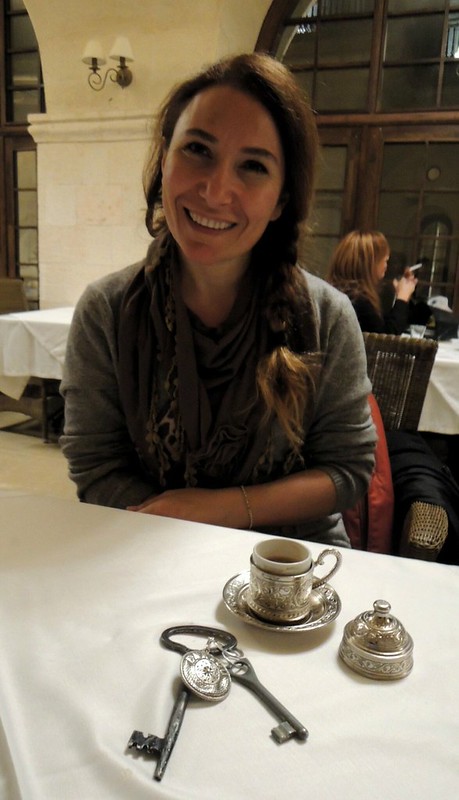 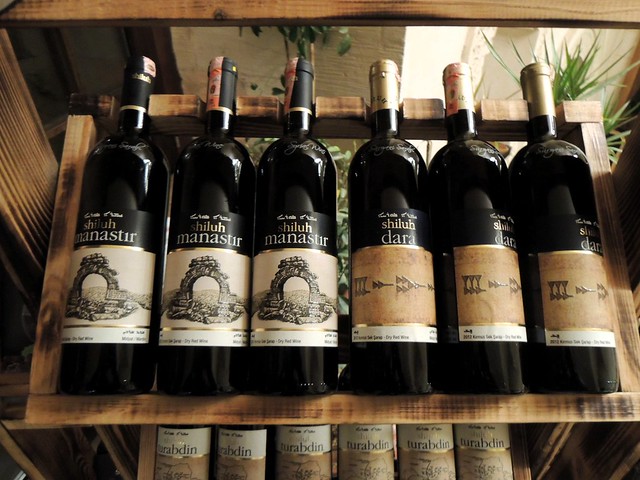 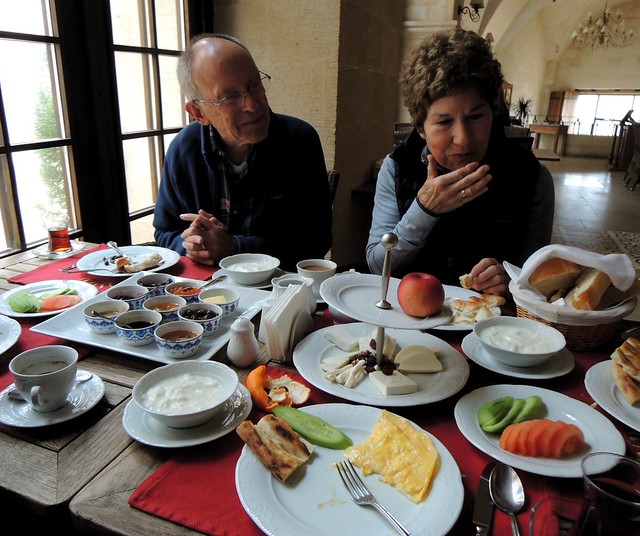 The following day we spent touring churches and monasteries in the villages east of Midyat.  We had time to get to about half of what I had on my list.  First, Mor Izozoel (founded in 934) in Altıntaş, a village with both Syriacs and Muslims: 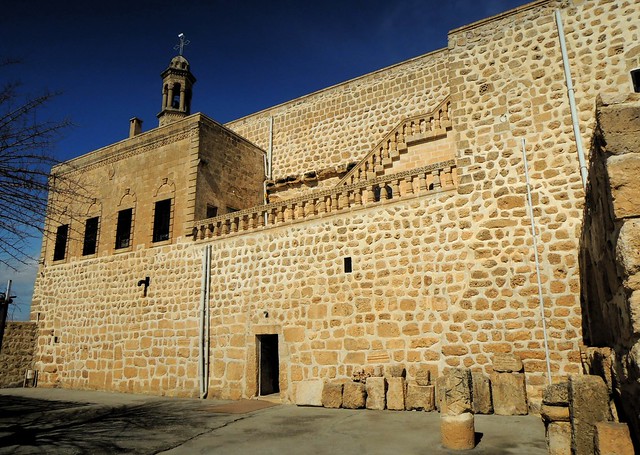 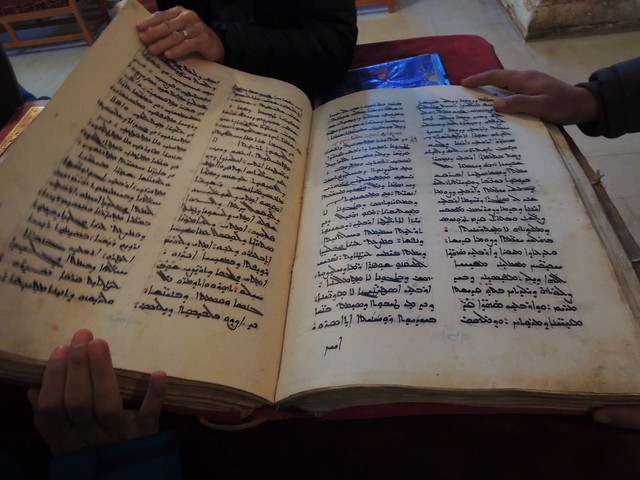 In Hah/Anıtlı, the Meryamana Kilisesi was constructed from 397 to 520.  This village is entirely Syriac, about 20 families.  Syriacs are highly encouraged to marry within their religion.  We met one man who, instead of marrying the Muslim woman he loved, was forced to marry a fellow Syriac. 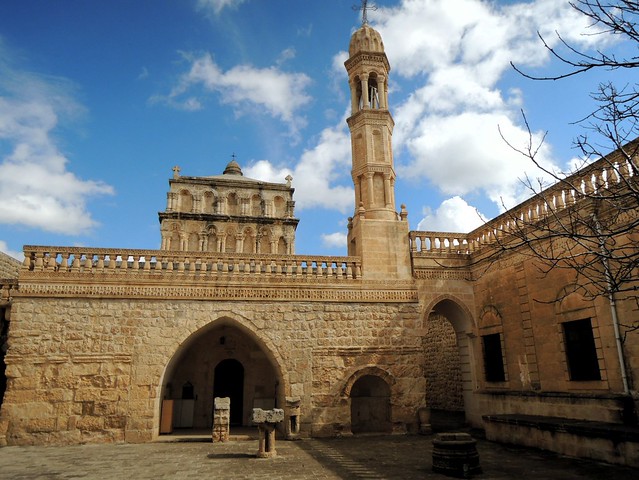 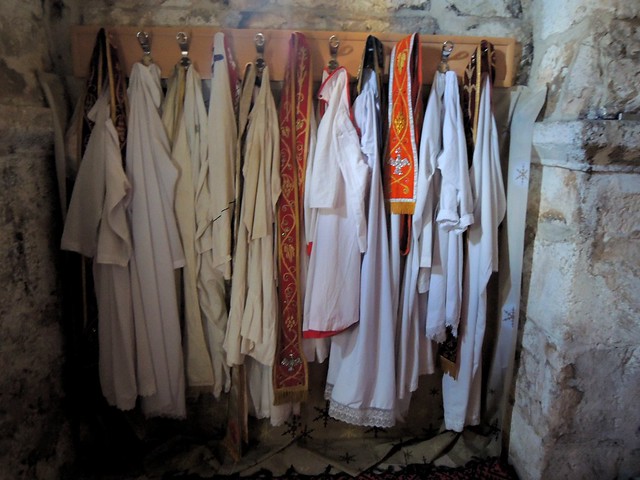 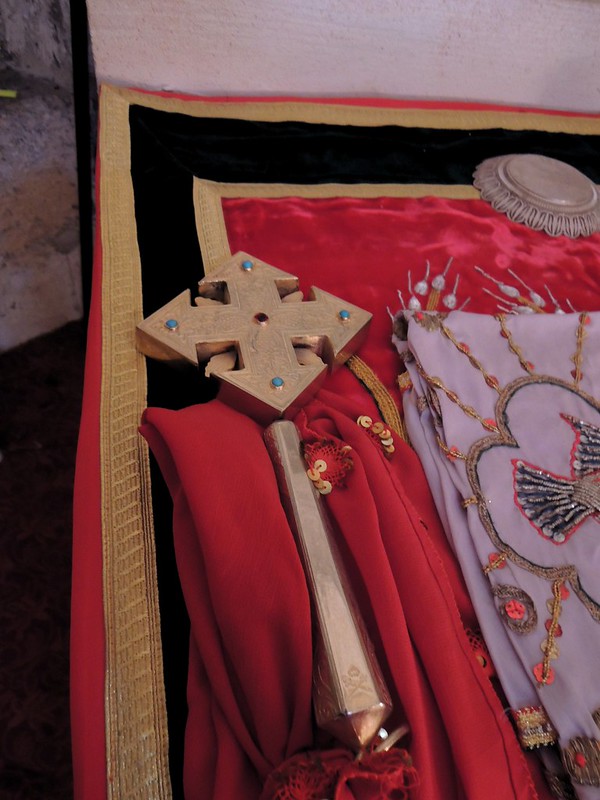 And in Güngören, we toured the Mor Gabriel Monastery, where about 60 people live today.  Established in 397 it claims to be the oldest surviving Syriac Orthodox Monastery in the world. 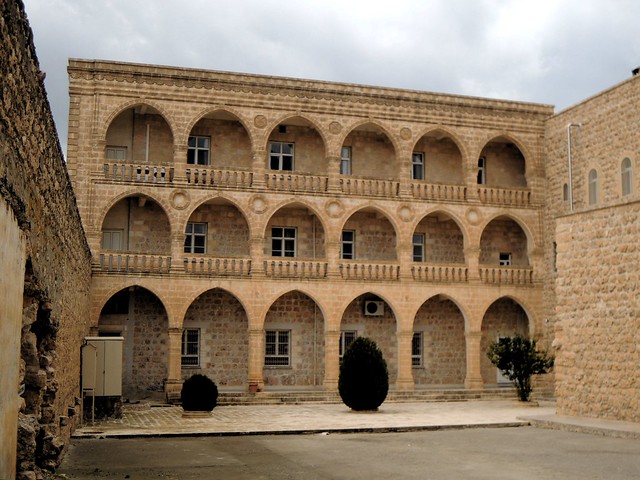 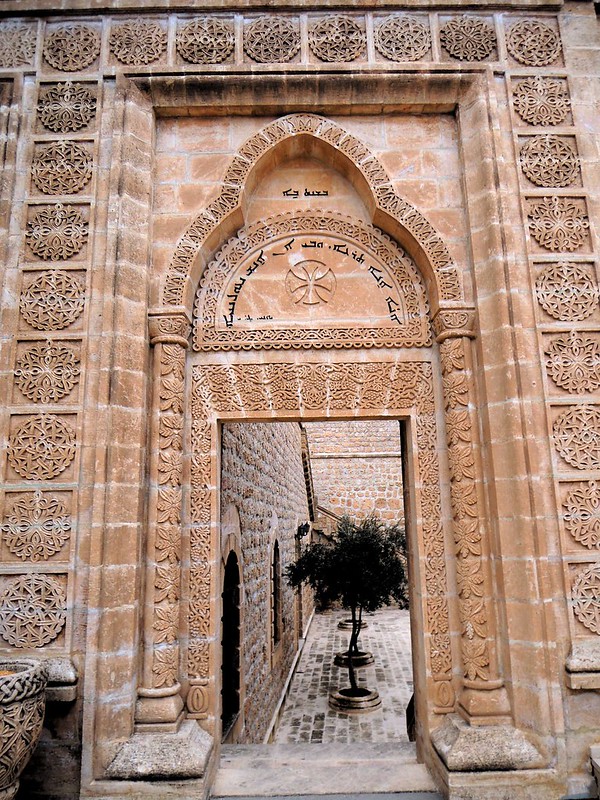 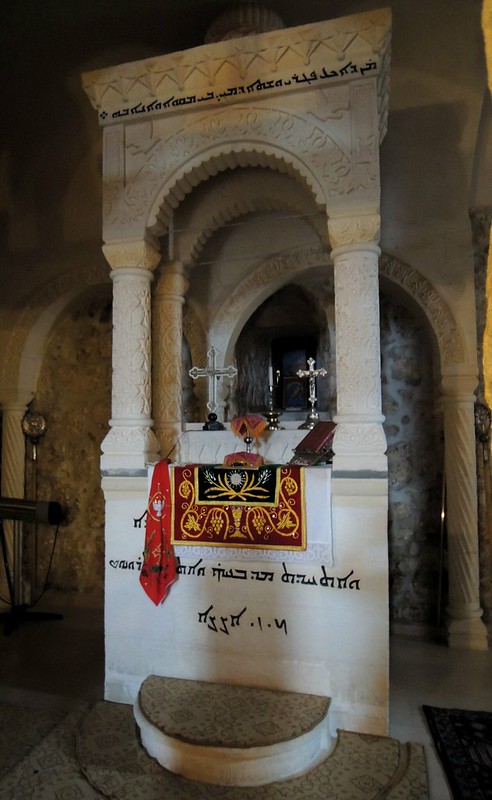 Here’s another church that we saw from the roof of the Devlet Konuk Evi in Midyat: 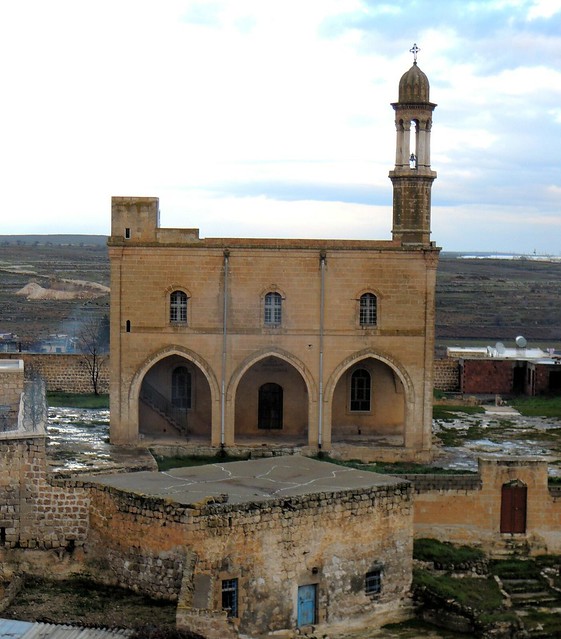 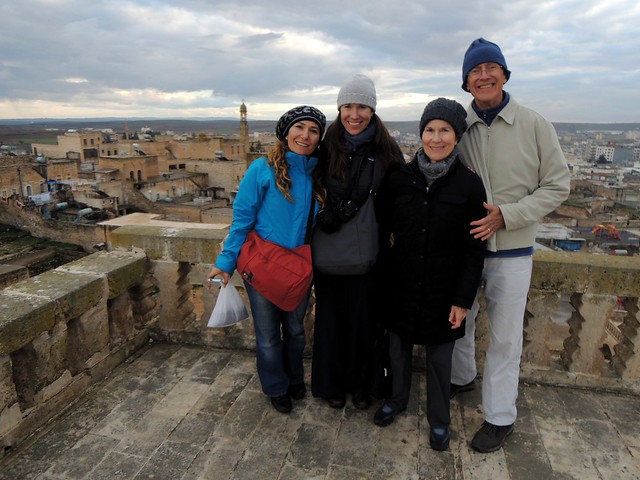 Mardin’s history lesson was a mix of Syriac and Muslim.  Our visit to the Mor Hananyo Monastery (aka Deyrul Zafaran), established in 493 on the site of a sun temple, reminded us of what a big difference a good guide makes.  At Mor Gabriel, Izozoel, and Hah, we had fun, enthusiastic guides.  At Mor Hananyo, however, my notes simply state “the tour was very short and the guide awful.” 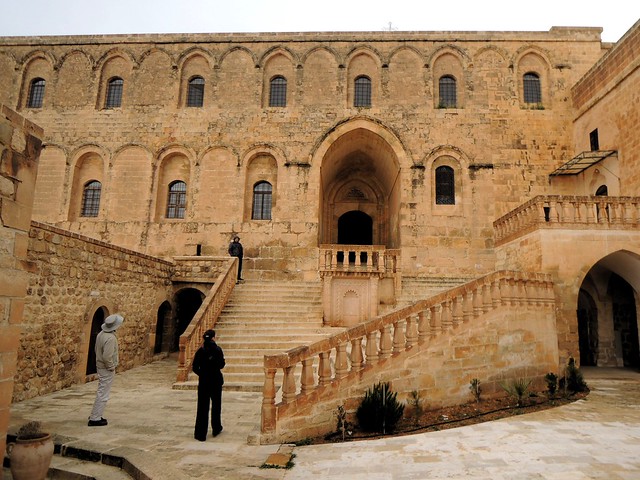 In the late afternoon we entered the courtyard of Kırklar Kilisesi, the only Syriac church in Mardin still operating.  Unfortunately, we were too late to get inside the church itself. 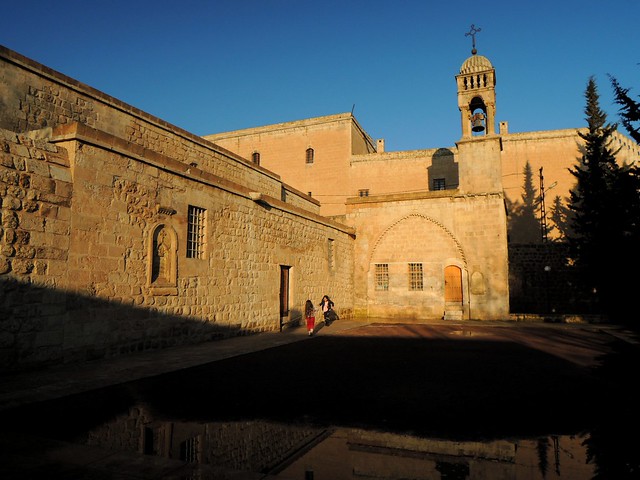 However, across the street we were invited into a Syriac family’s house where we bought a bottle of their homemade wine.  Their front door was blue, like almost everyone else’s in Mardin, to protect them from scorpions.  We knew they were Syriac because our guide, Zeki, pointed out the small cross on their door knocker. 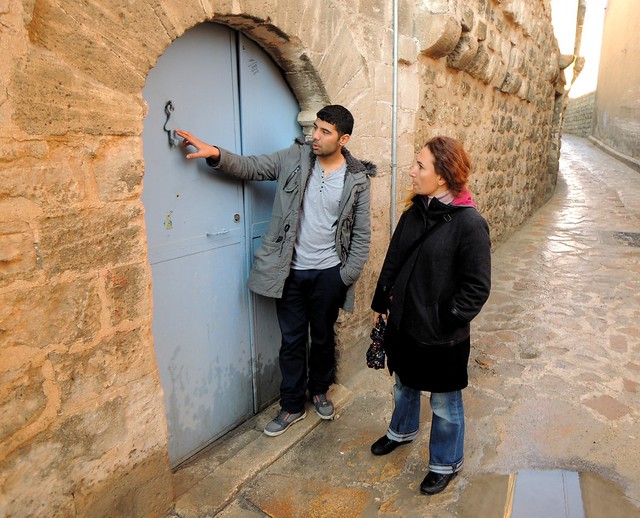 Zeki also explained that many Muslims who have been on the haj to Mecca will put a sign above their door indicating as much. 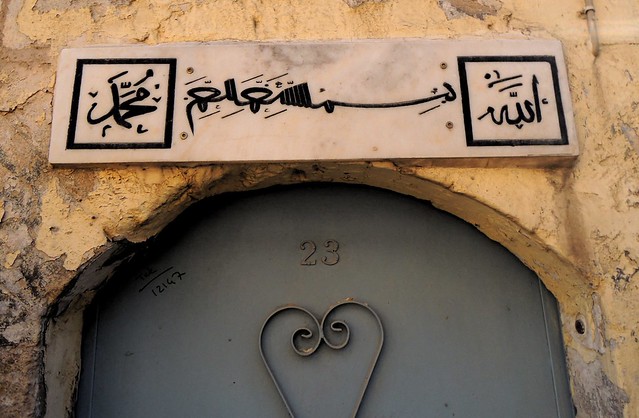 In Ulu Camii we saw a whisker from Mohammed’s beard: 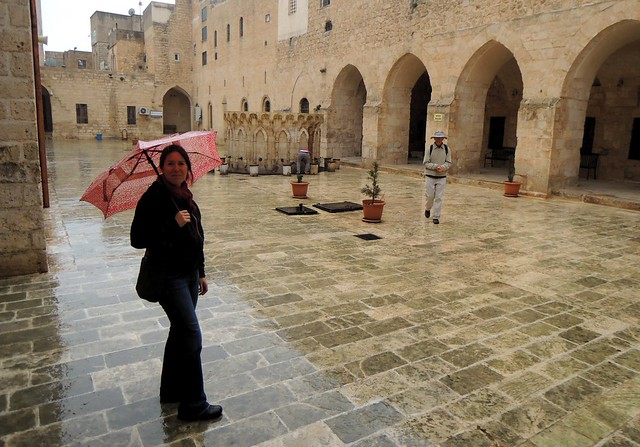 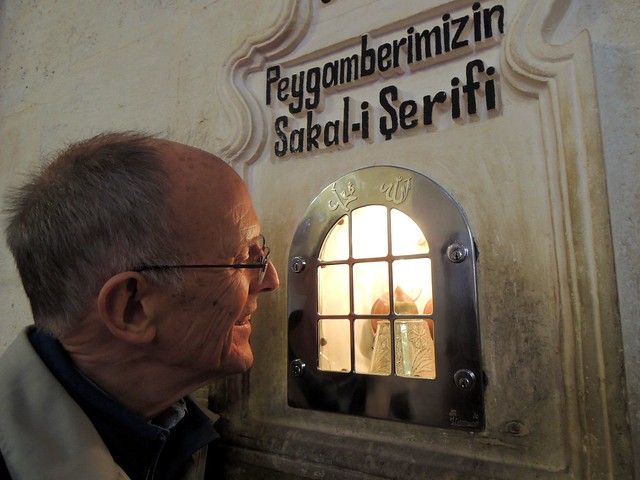 The supposedly good Mardin Museum was closed for renovations so we have an excuse to go back. 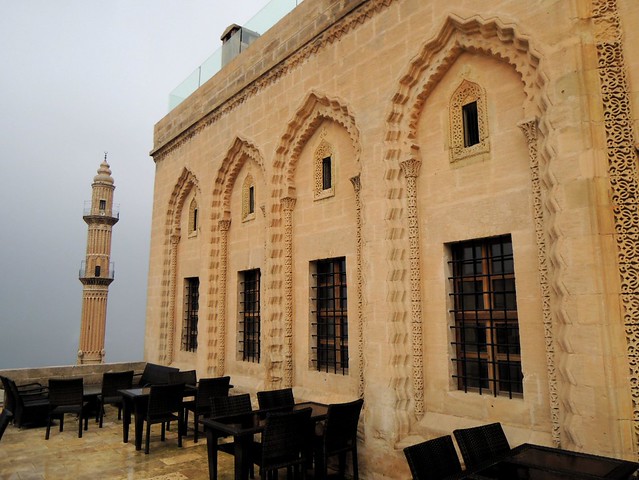 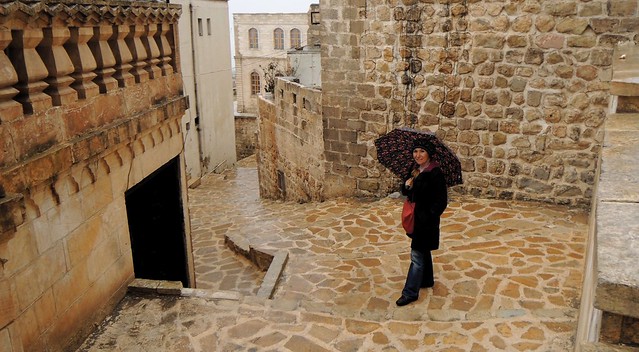 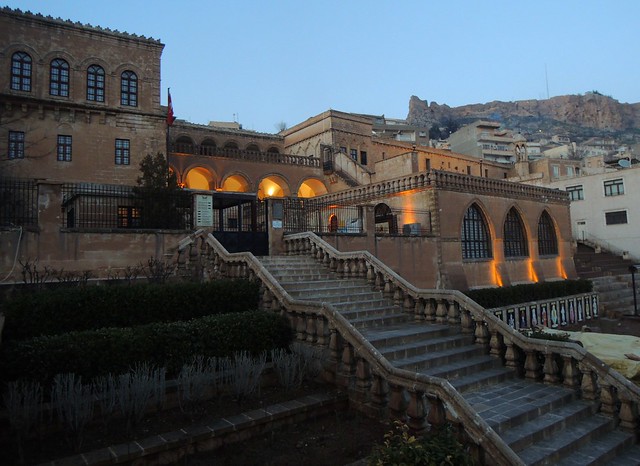 Zeki, our clever guide in Mardin, said that for many tourists the most extraordinary site in the region is the ruined Roman city of Dara, perhaps most well known for the Battle of Dara that took place in this border town between the Byzantine Empire and Sassanid Empire in 530.  Or we could say between the Romans and the Persians if that helps your historical context.

Given the site’s proximity to the present day Turkey-Syria border (about 7km, but leaving the site we drove right along the border for a few km), we had some discussion about the wisdom of visiting.  The British were asking their citizens not to go.  The US State Department, however, had no such warning.  We first visited the Western Necropolis which felt like we had dropped into Kapadokya. 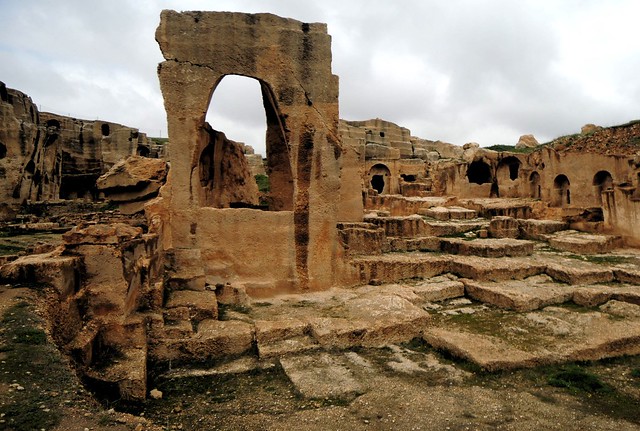 We also walked through what’s left of the Roman city. 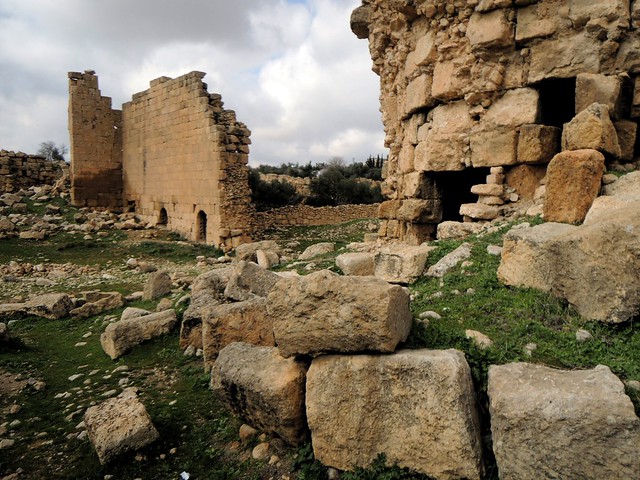 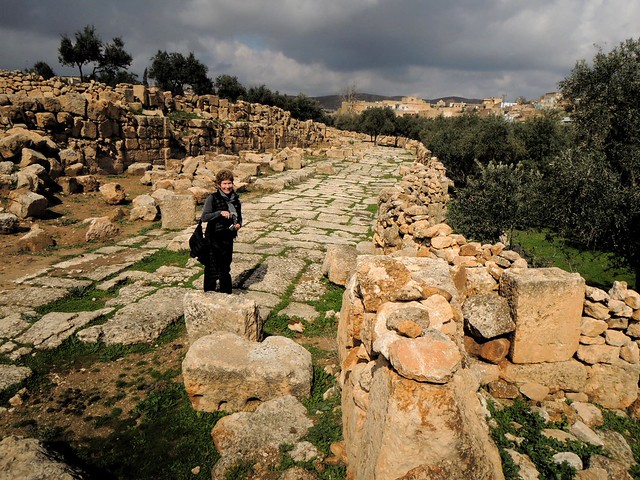 On a hill above were a series of mind-boggling parallel cisterns. 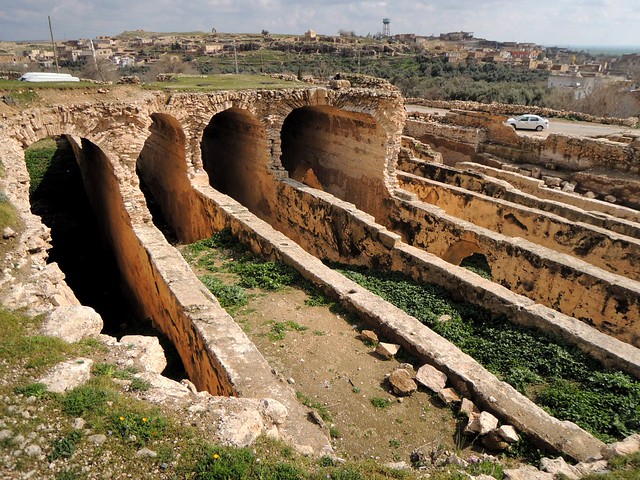 But the most stunning site is entered through an unassuming doorway that seems to head into the basement of someone’s house.  The stairs just keep going down and down until you find yourself in a huge underground cathedral-type space carved into the bedrock.  It’s simply Roman water storage. 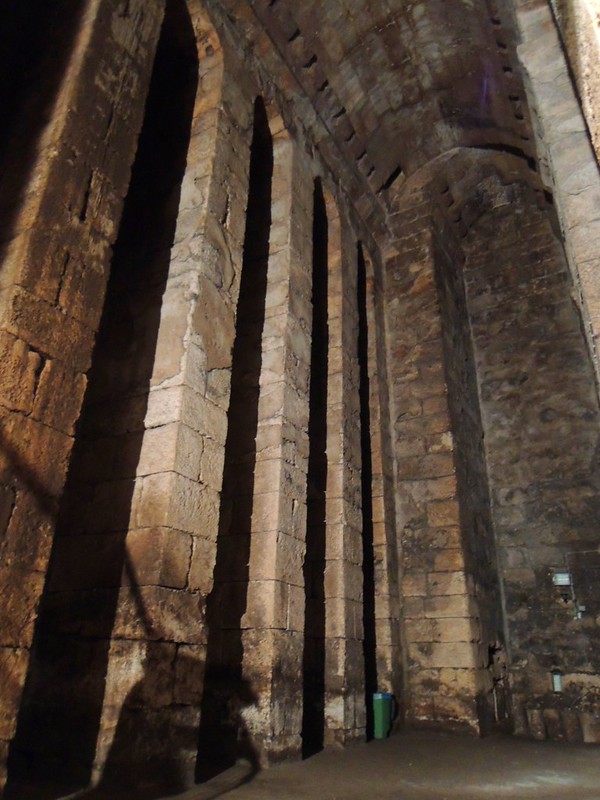 If Mardin’s not on your list, obviously I think it ought to be.

5 Responses to The historic treasures of Mardin in three days