Riding in Switzerland.  The problem with Ferda doing her first bicycle tour in Switzerland is that it sets the standard pretty high.  The bicycle routes are super, keeping cyclists away from traffic, through picturesque villages, and along the shores of stunning lakes.  We rode from Geneva to Basel via Lac Léman, Lac de Neuchâtel, and Bieler See before arriving again at the water at the Rhine River. 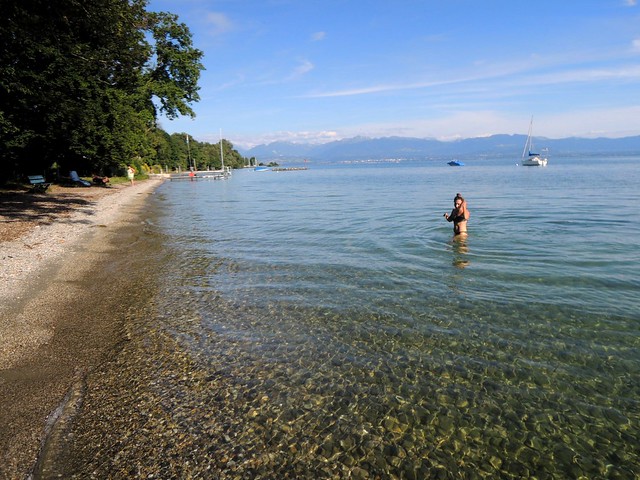 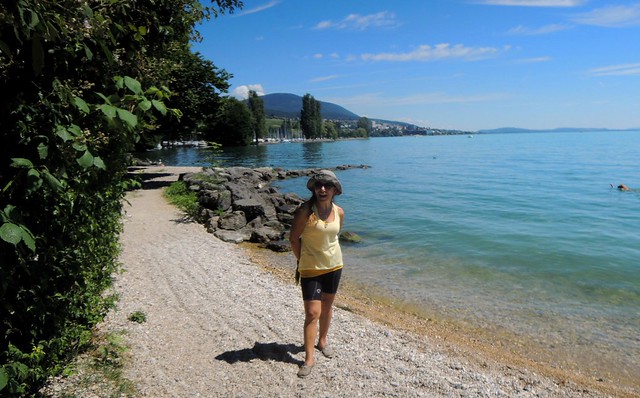 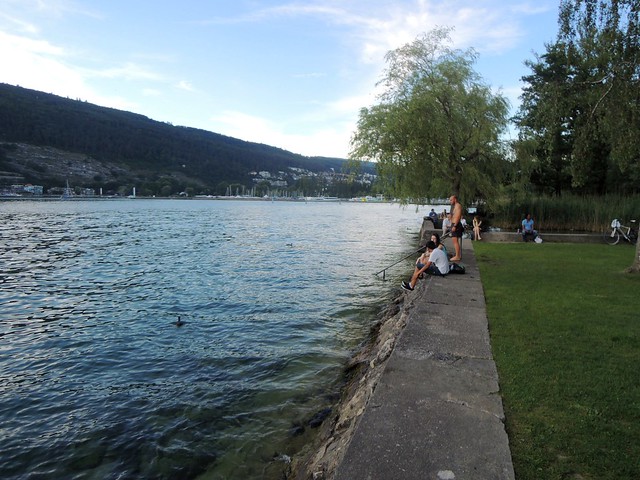 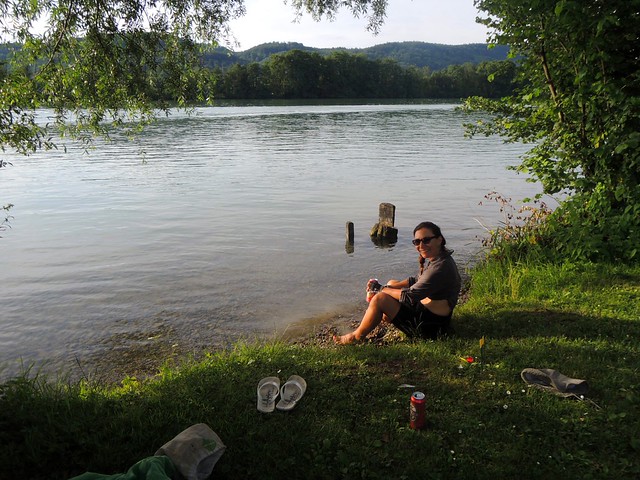 Ferda’s first bicycle tour (except for one weekend tour from Antalya) started from Pierre and Sandy’s house in Geneva where Ferda stayed for five nights while I bummed around in Zermatt.  Pierre had cycled across the US and is anxious to do more touring.  Daily he hangs his shiny Surly in the kitchen, like art.  As I write this, Pierre and Sandy are pedalling in Iceland on Sandy’s first bicycle tour.  In spite of whatever difficulties they’re sure to encounter, I hope she likes it enough to want to do more touring. 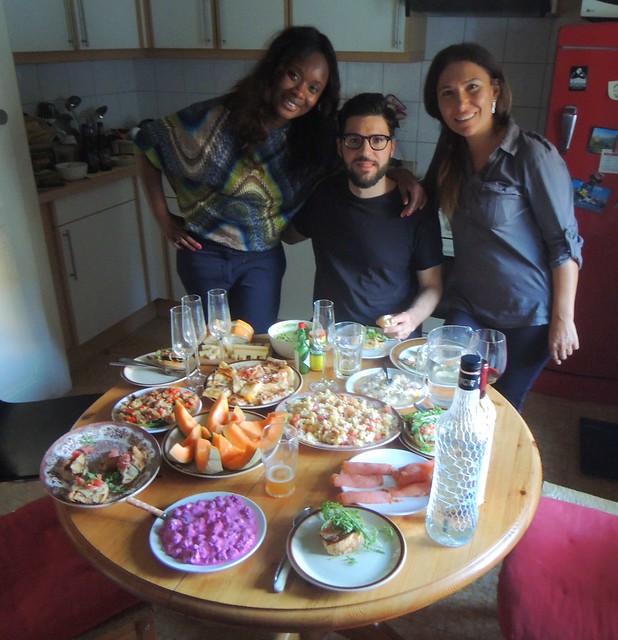 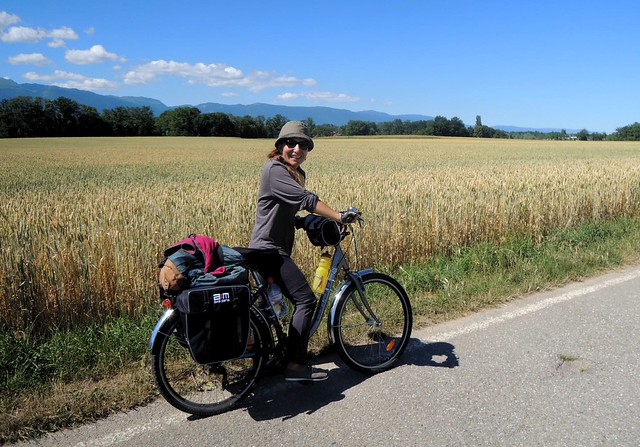 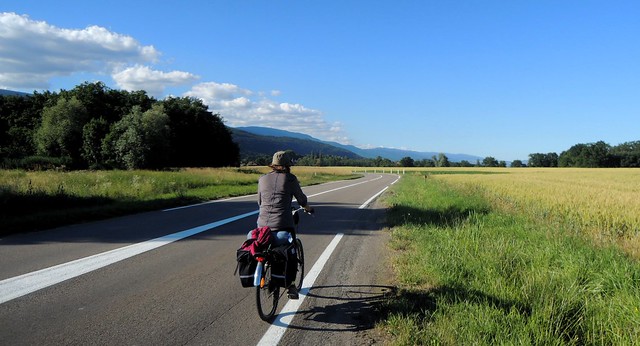 Our first order of business upon leaving Geneva was to ride to France to find a post office to send 12kg of climbing equipment to Amsterdam where I’ll retrieve it before our flight back to Antalya.  Before even leaving Switzerland, we got lost and stopped to ask a couple car mechanics which way to go.  The man’s broken French didn’t bother me as he mixed it with his native Italian often using words I knew from Spanish.  Upon understanding , I automatically said, “tamam” (Turkish for ok) and learned that the second man was Turkish so we added Turkish to our jumbled mess of communication.

Our first night of the trip we camped in France near Divonne-les-Bains where Ferda found a great campsite near a couple small lakes.  We spent the next week riding through immaculate, organized Switzerland.  We never saw a piece of trash, it’s certainly beautiful, but at times it felt unreal, like we were riding through a movie set that they’d dismantle once the filming was done.  Finding camping was hard because there’s hardly any land that’s not used for something.  One morning after camping between some wheat fields and a small forest, a woman came by and warned us that the police would be doing a sweep soon.  It’s not that they mind the tent, but people camp there and then go to the bathroom in the forest, and that’s bad.  You can’t even shit in the woods in Switzerland. 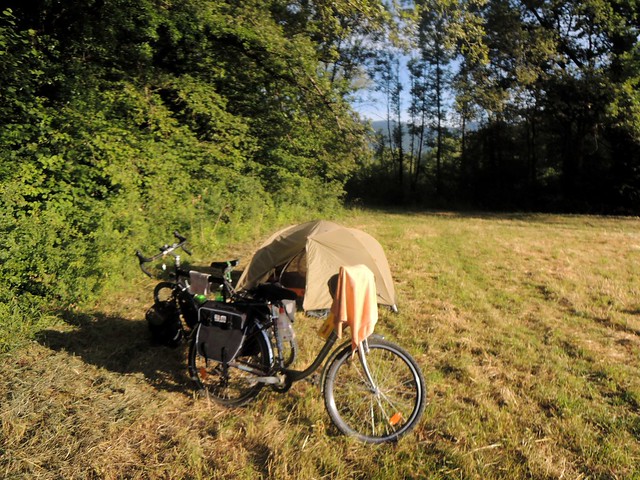 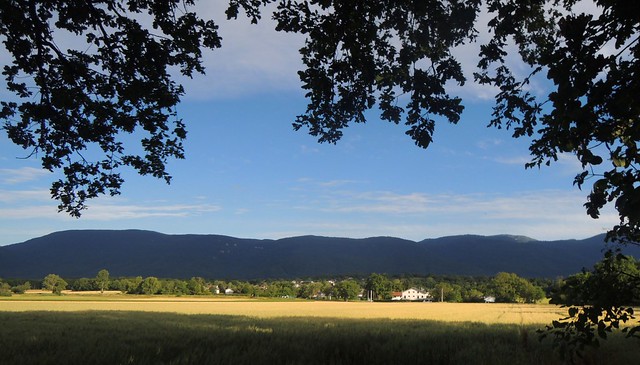 We had unusually hot weather and enjoyed swimming in the clean lakes and rivers and resting in the shade.  My photos will have to speak for the picturesque villages.  However, everything has its price.  Switzerland is right there with Norway as the most expensive place I’ve visited. 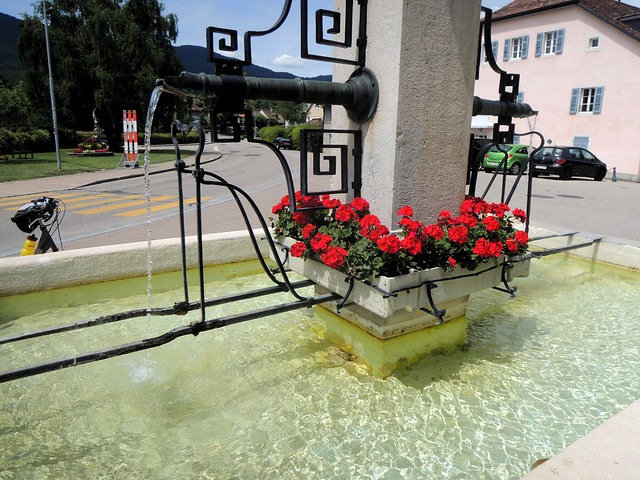 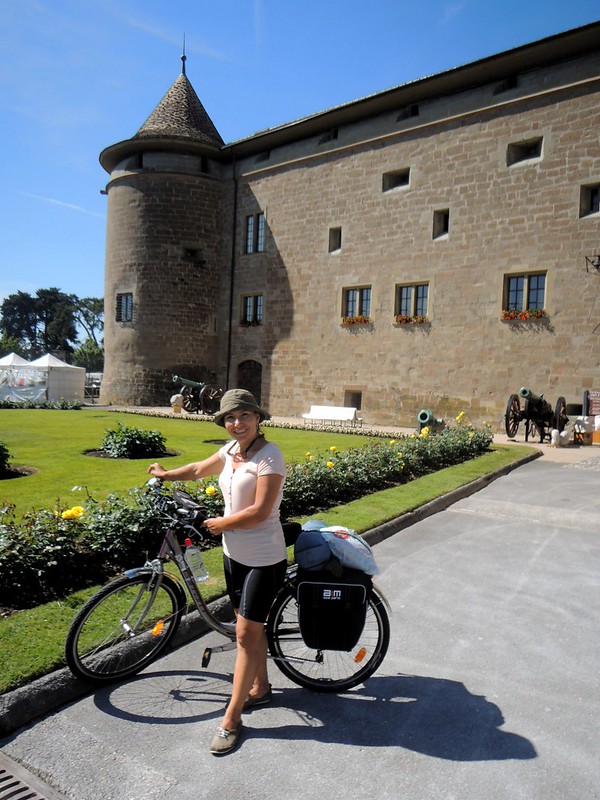 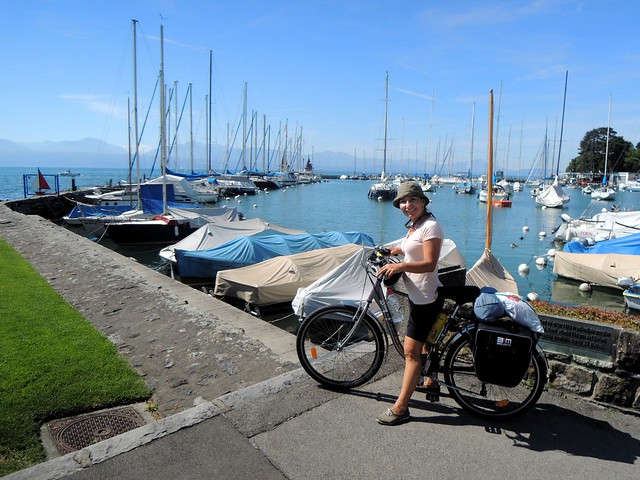 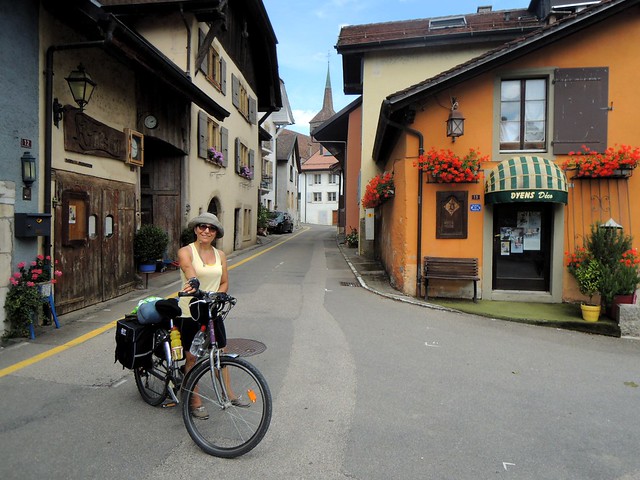 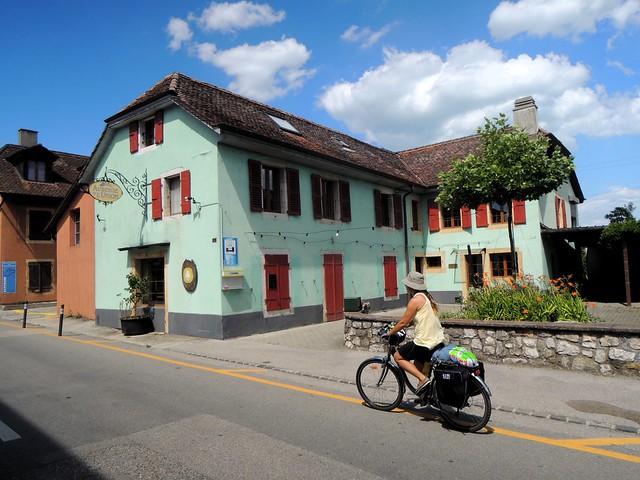 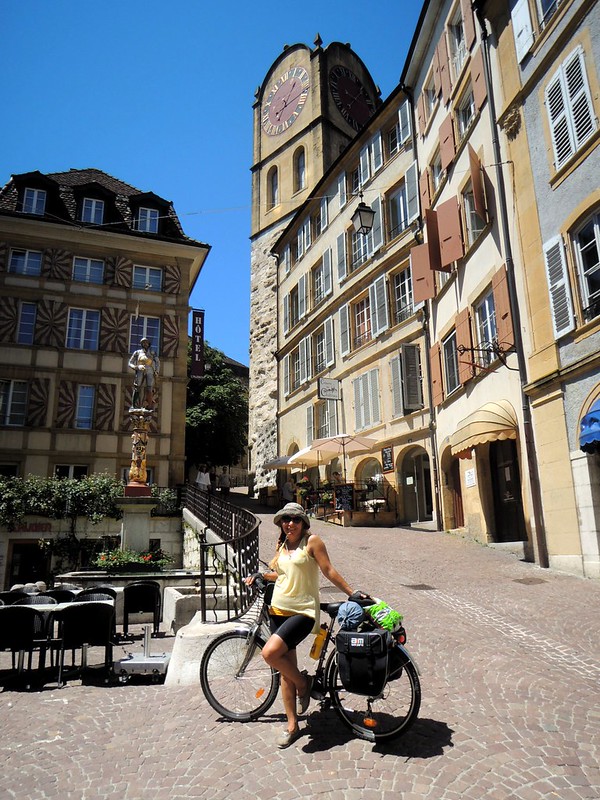 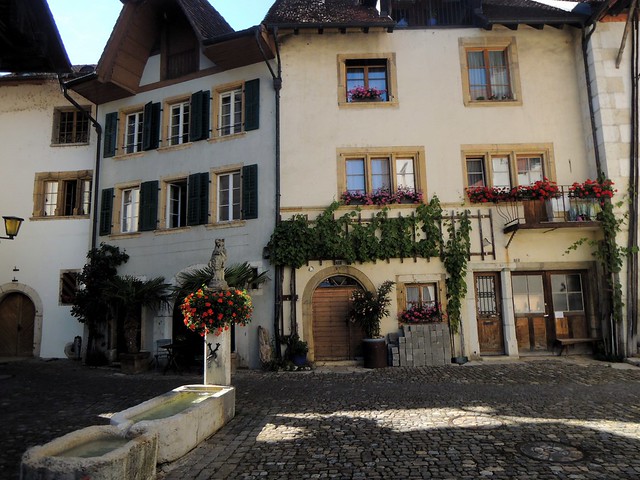 One day north of Morges, as Ferda pushed her bike up a short climb, a local cyclist Gabriel started talking to her perhaps thinking (correctly, I suppose) if he spoke French long enough, she’d understand.  I understood, and unfortunately we took his advice to ride out the peninsula in Bieler See.  The riding on the peninsula was the most boring 5km we rode in Switzerland, and then we were really taken for a ride on the ferry — 32 Swiss Francs (US$33) for the 10-minute crossing to Ligerz.  In the mountains around Antalya sometimes my Turkish friends joke about selling super photos for 50 lira, or even 100 lira under inflationary pressure.  Well, this photo really did cost us 100 lira: 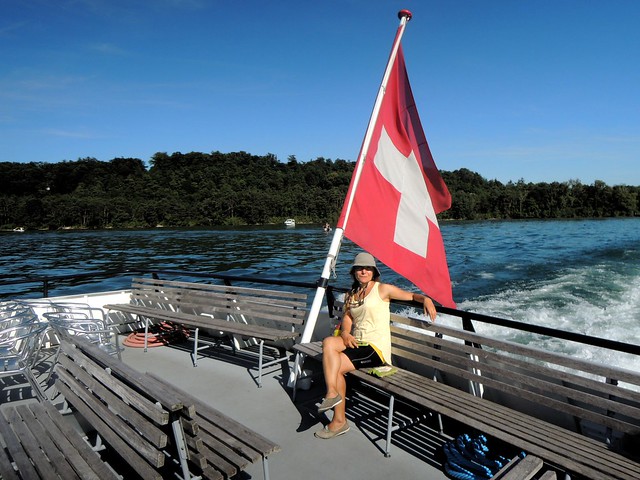 Our last stop in Switzerland was Basel where we celebrated summer like the locals by floating down the Rhine through the middle of the city.  And my longtime friend, Andreas, visited us from Zürich for the day in Kaiseraugst where I met his wife and child, Eva and Felix, for the first time. 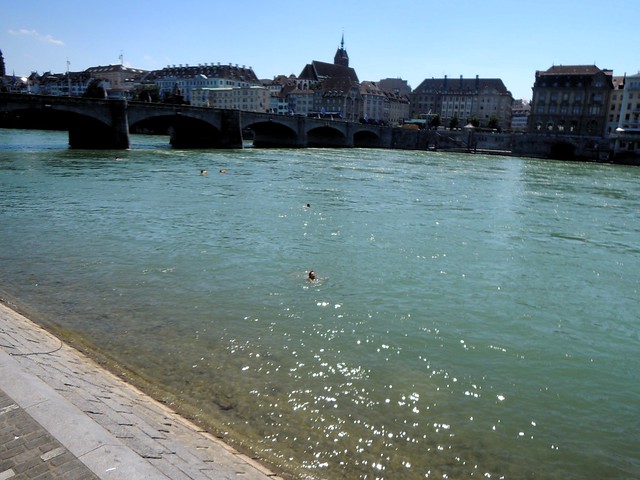 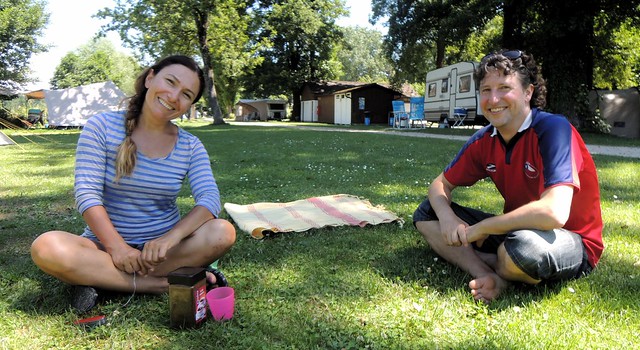 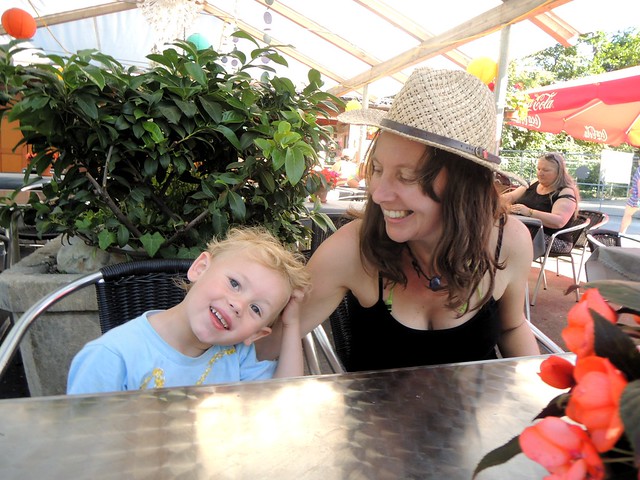 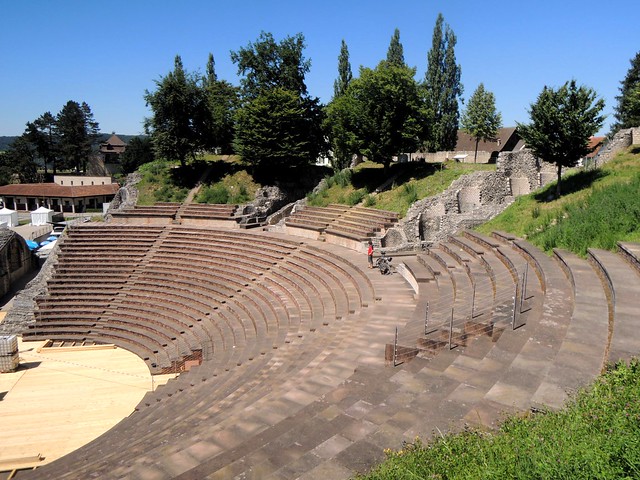 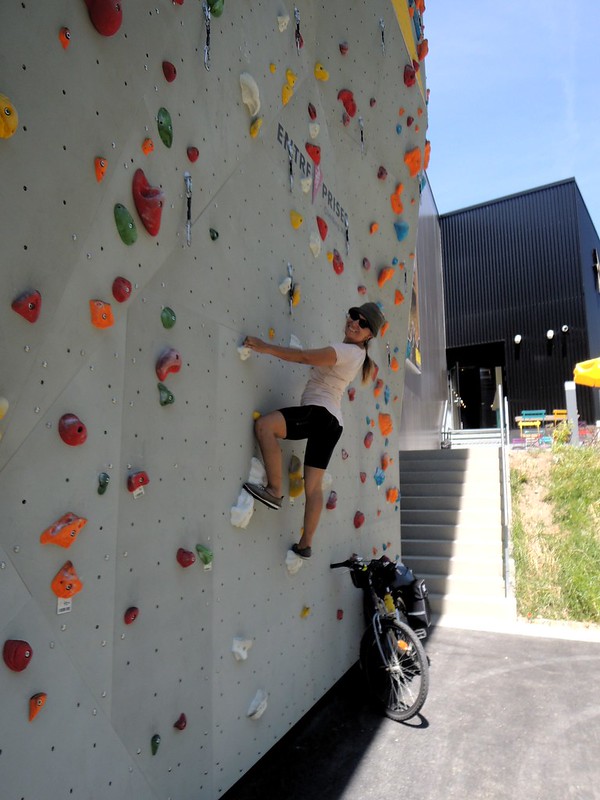 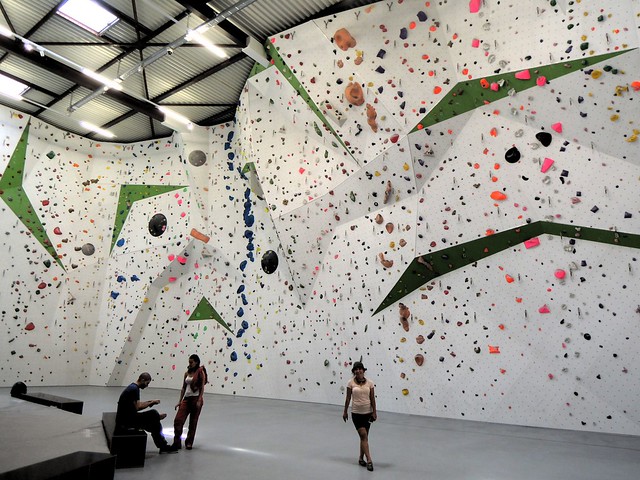 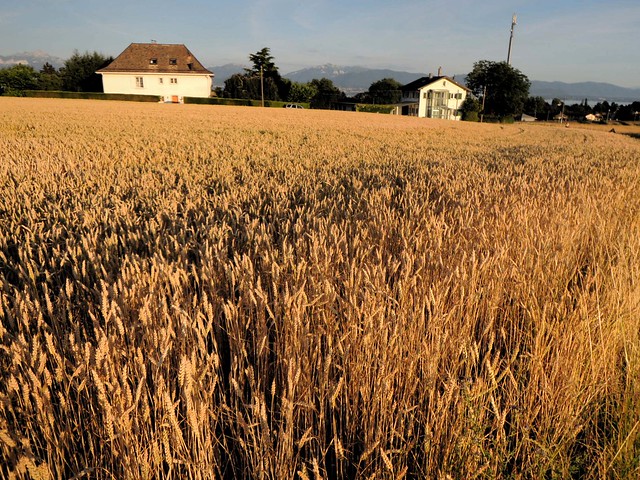 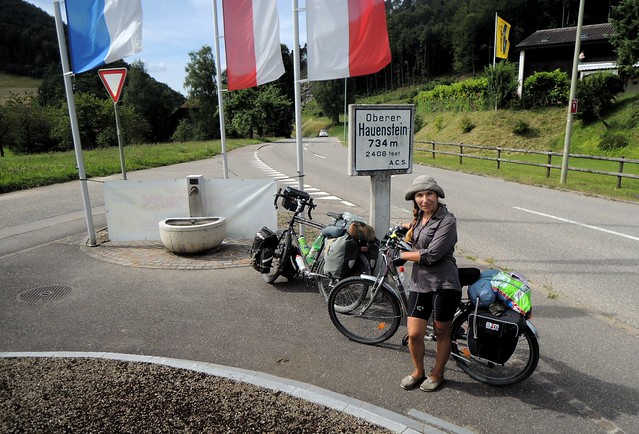 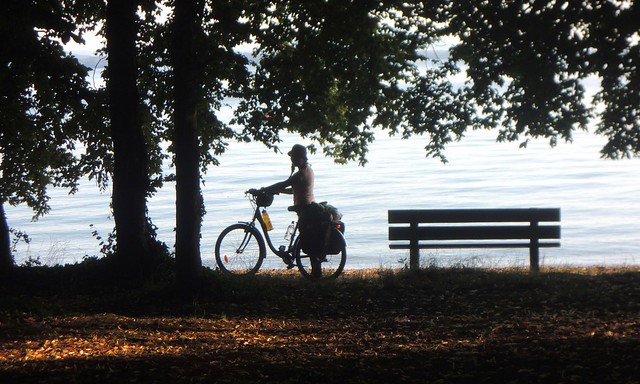