The Rhine River without Krista

My friend, Krista, has planned on a Rhine cycle tour for years.  When she and Kurt suggested we do it together, it sounded great.  Krista described it as quite flat, lots of castles, lots of good food, and a little riding so you can keep enjoying all that good food.  Super, let’s do it, I said.  Well, Ferda and I found cheap tickets to Geneva and decided July would be perfect for the Rhine tour — except that I hadn’t consulted Krista, and that’s the hardest time for her to get away from work.  So, the Rhine was really Krista’s idea, but because of my poor communication, we’re here without her and Kurt. 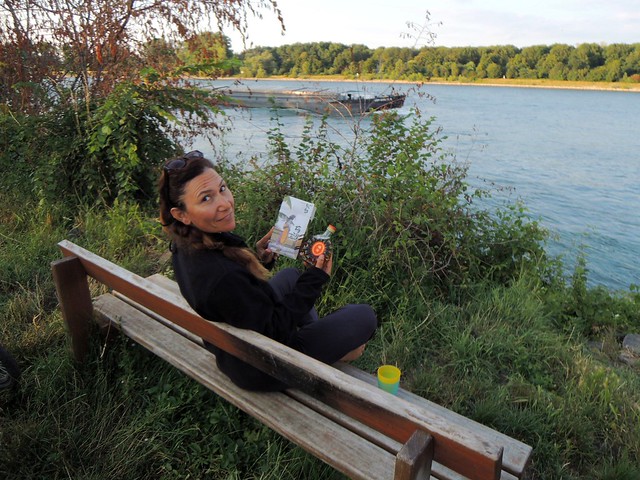 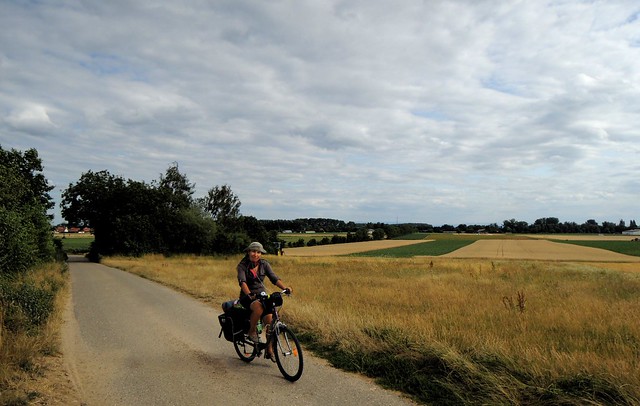 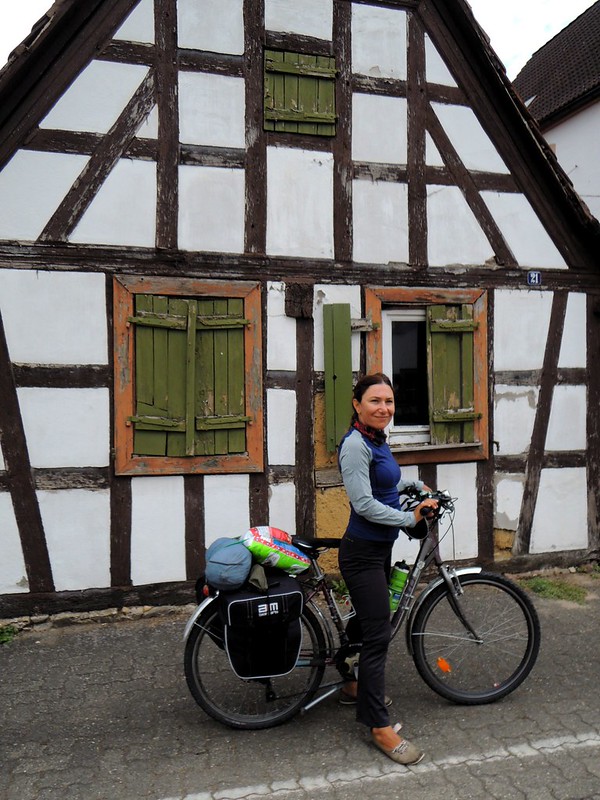 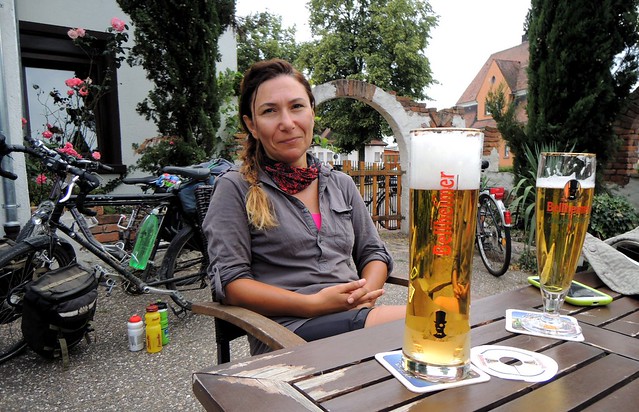 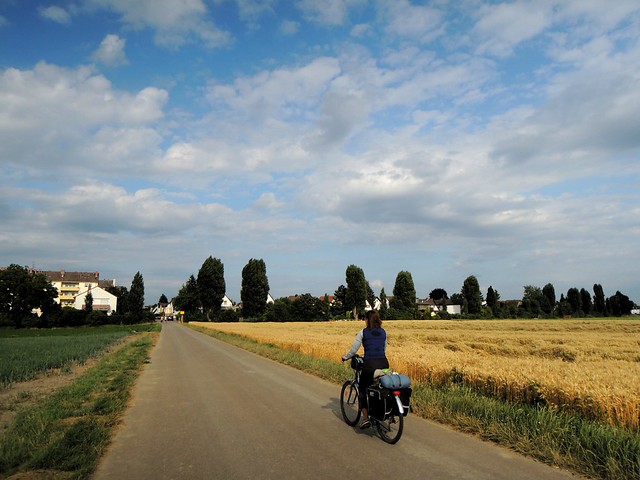 I must say, however, I wasn’t sure how it would go for Ferda’s first tour.  The Rhine seemed like a good choice for a first tour, but we didn’t know how far Ferda would want to go each day or if she’d want to keep riding week after week.  One thing I hadn’t considered was the crashes.  In our first week of riding I think Ferda crashed five or six times.  Usually she’d just bail off the bike and land on her feet — which hardly counts as a crash, I realize.  Once though, she came screaming down a hill in Switzerland, banged into my bicycle, and luckily ended up to the right instead of in the road to the left where immediately a driver stopped to see if she was ok.  Another time she thought she’d be clever and take a steep gravelly shortcut instead of winding around on the paved path like I did.  Well, she banged up her knee a bit as she lost control of her bike in the gravel.  There was another crash where she ended up wet and muddy after sliding on some wet wood in a construction area in the rain.

The only serious crash, however, happened riding on a brilliant rolling path with no cars through vineyards on a dry, sunny Friday afternoon.  Ferda had seen people riding with aero bars and tried to see if she could put her hands on her bars like that to rest her shoulders and arms a bit.  Boom, down she went, tearing up her calf with the chainring teeth.  I got out the first aid kit, and a cyclist quickly stopped.  He was a nurse and regretted not having anything with him.  Ok, my first aid kit isn’t exactly full of professional stuff, but I wasn’t sure why he wouldn’t use it.  He watched us clean and bandage the wound, recommended stitches, and told us how to get to the clinic in the next village, Mettenheim.

Ferda cycled there, but the clinic had closed at 2pm for the weekend.  At the train station a woman recommended heading to the Red Cross clinic in Oppenheim.  We then learned that it’s easy to take your bicycle on the train in Germany.  We were at the Oppenheim clinic before 4pm, but they were also closed for the weekend.  Argh.  Happily we found a pharmacy in Oppenheim, open until 6:30pm.  We couldn’t understand everything the very helpful woman there said, but it seemed to be something like, “well, without stitches you’ll end up with a scar; too bad the clinic is closed for the weekend.”  The woman cleaned and bandaged the wound and showed us how to do it again the next day.  I didn’t take any photos at the time, but here’s what it looks like after 16 days of healing: 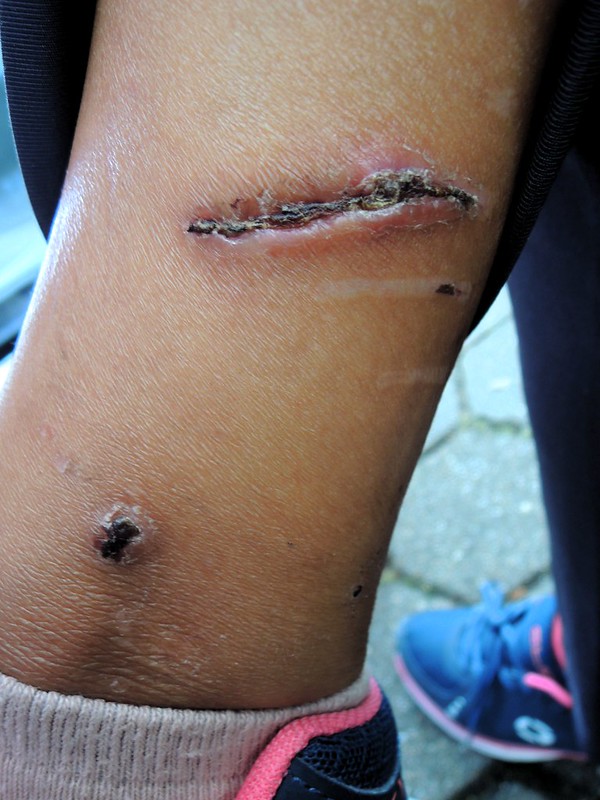 Conveniently for us, we had planned on meeting Ferda’s friend, Bilge, for the weekend.  He moved from Antalya to Hanover about a year ago and drove out to the Rhine for a relaxing weekend by the river.  It was perfect timing for Ferda’s leg to recover a bit. 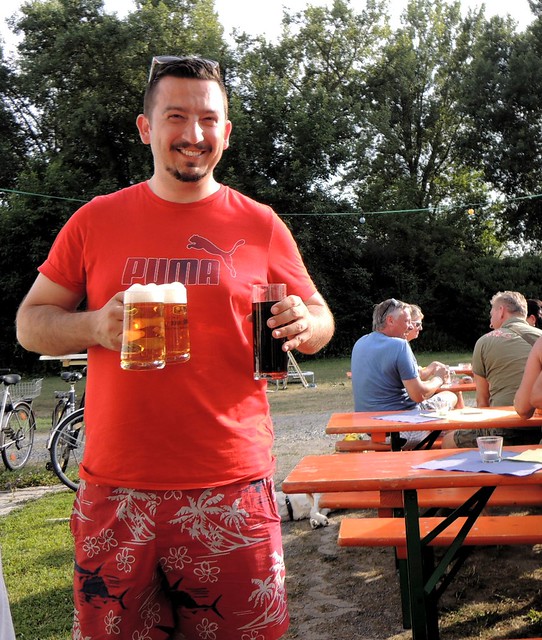 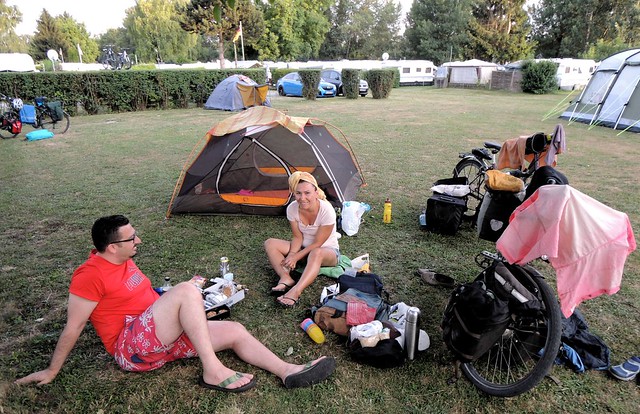 Somehow, in all this excitement, we missed both Speyer and Heidelberg — two places we had hoped to visit — but we did make it to the cathedral in Worms. 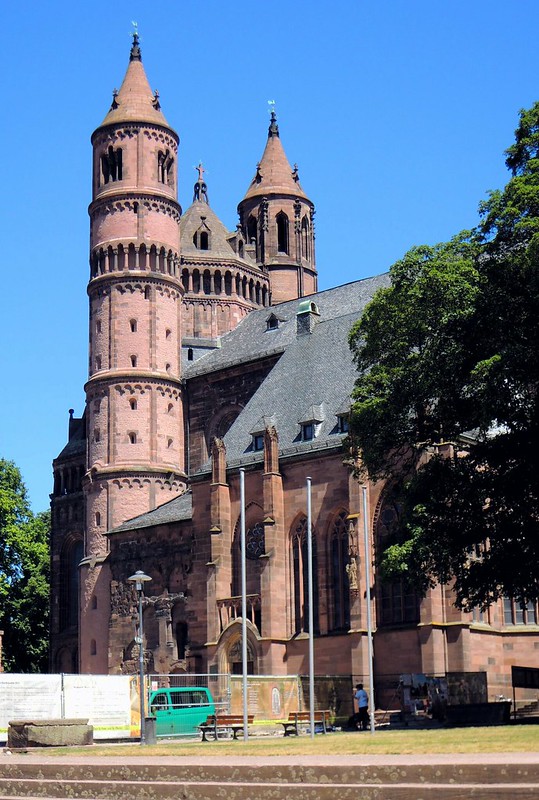 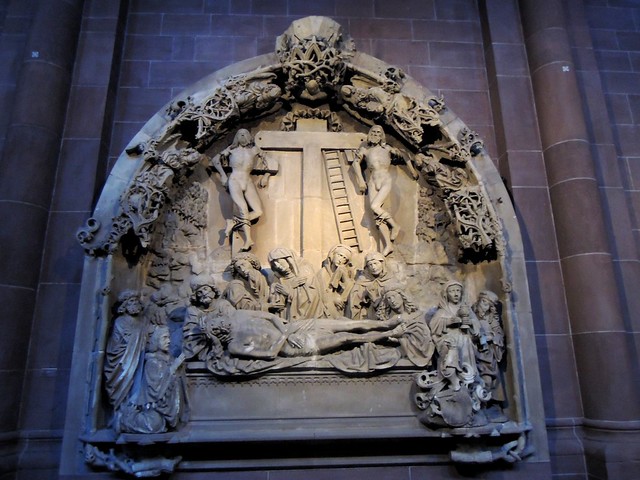 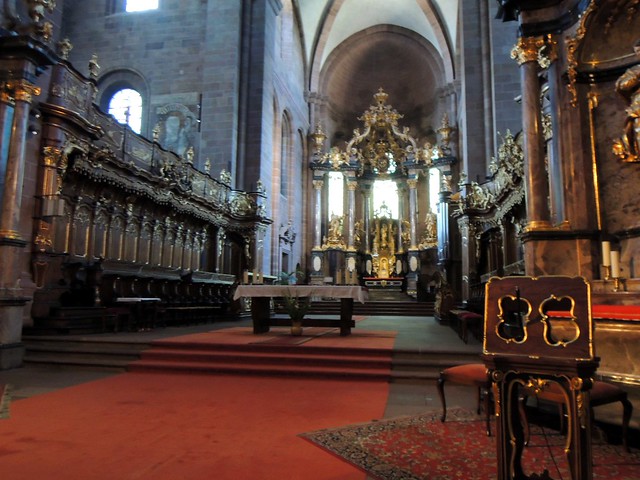 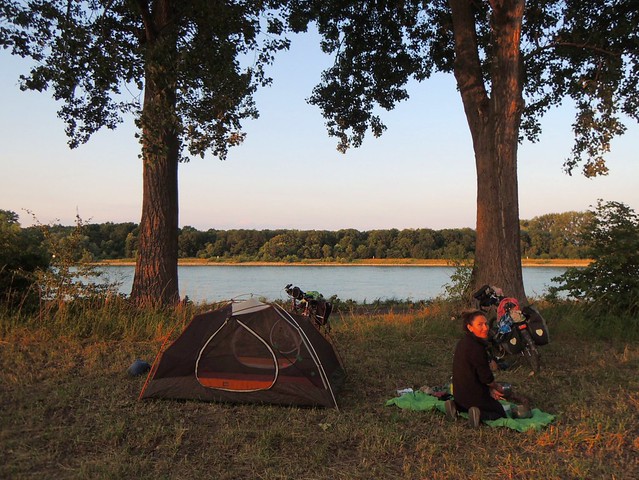