The Rhine Gorge — a disappointment?

The highlight of a Rhine River bicycle tour might be the Rhine Gorge, aka Upper Middle Rhine Valley, the whole of which is yet another UNESCO World Heritage Site.  If there’s an all-purpose worldwide travel bucket list, it’s these World Heritage Sites.  There’s such a variety of nature, culture, and history.  You’d sure learn a hell a lot about the world if you were to visit them all.

Ferda and I weren’t always very good about sticking with Rhine during our tour.  Just a day after joining the Rhine in Basel, we were already tired of it and went into the wine villages in the hills south of Freiburg.  Because of flood control measures in that area, there weren’t any villages right by the river, making the route a little monotonous.  In some flat areas we cut straight across instead of doggedly sticking to the Rhine meanders.  There are actually few meanders and little natural left about the Rhine.  It’s been such an important transport route in Europe that the river’s been straightened and tamed for centuries in order to ease navigation. 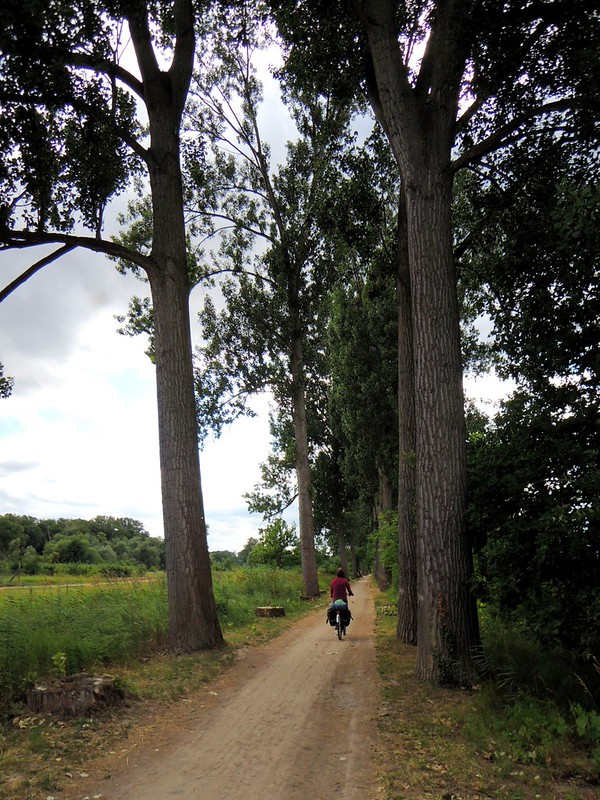 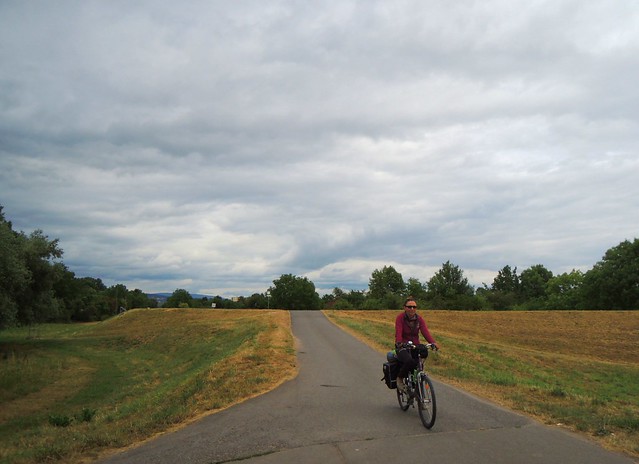 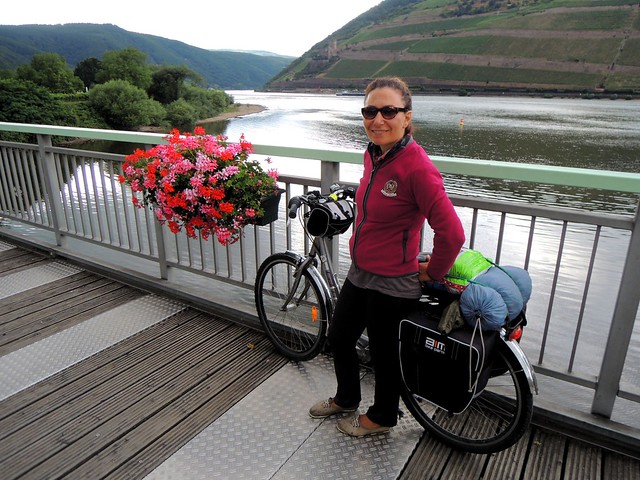 The Rhine Gorge, however, is an exception.  Because the river flows through a canyon in this section, the area must look much like it did 200 years ago — well, unlike in other areas, at least the river and the villages are still in the same place!  There are picturesque villages on both sides of the river, often with castles above them.  Where there aren’t villages, the land often comes steeply down to the river — from mountains, not from dykes like everywhere else! 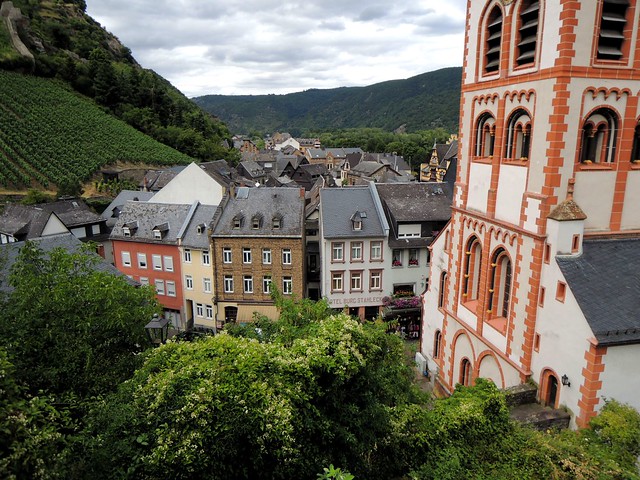 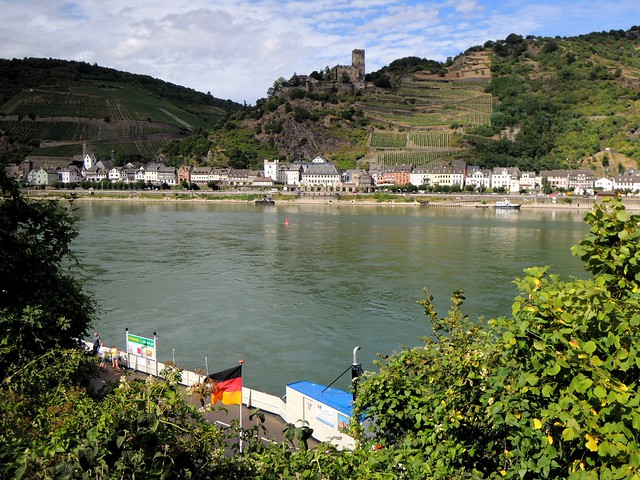 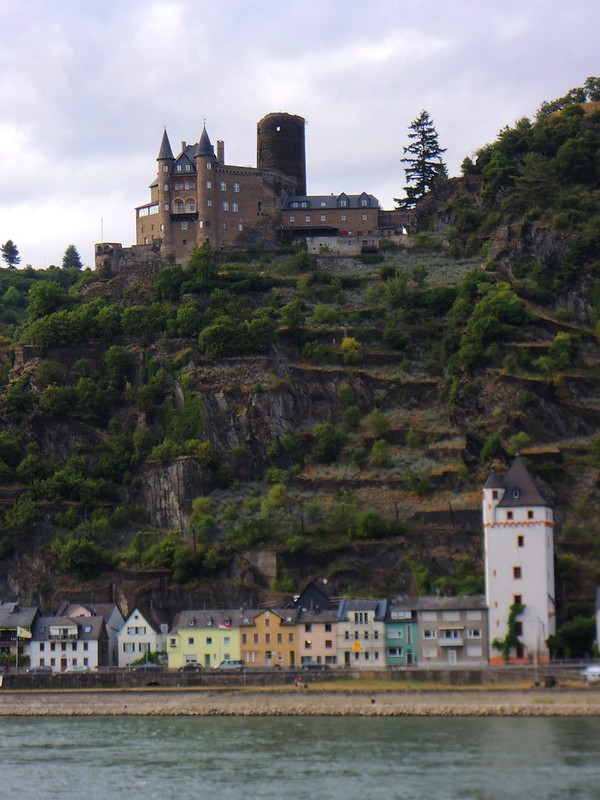 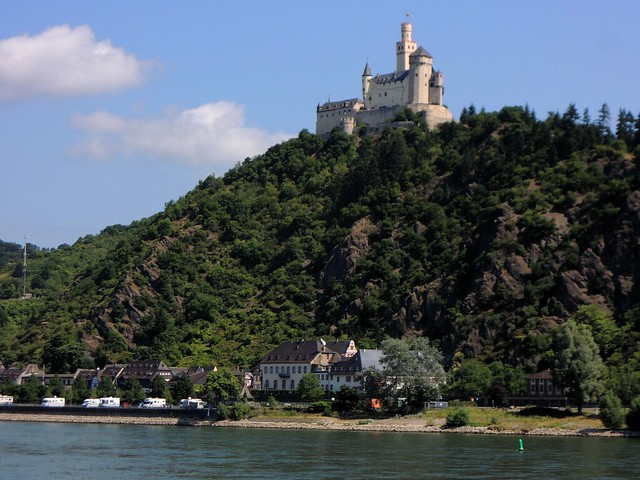 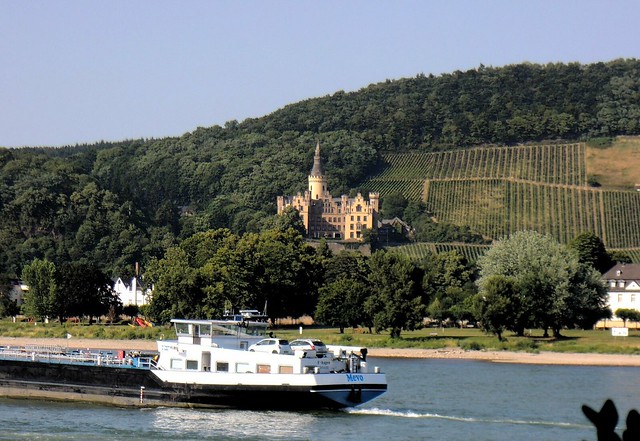 Ferda and I took plenty of photos in the villages and certainly enjoyed this section, but compared to the rest of our tour wild camping was difficult since there’s no empty flat land, and it’s also surprisingly loud.  There is lots of boat traffic on the river — more canal cruises than anywhere else and plenty of cargo (mostly fuel for Switzerland?) transport.  Then there are two sets of railroad tracks on each side of the river, both with frequent freight and passenger services.  Then there are fairly busy highways on both sides of the river.  They also manage to squeeze bike paths in, but it’s impossible to get away from the noise.  The only time I used ear plugs to sleep during our six-week tour in Europe was in the Rhine Gorge. 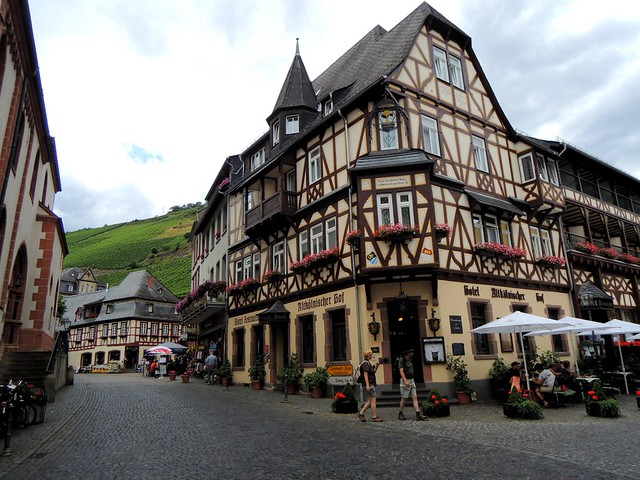 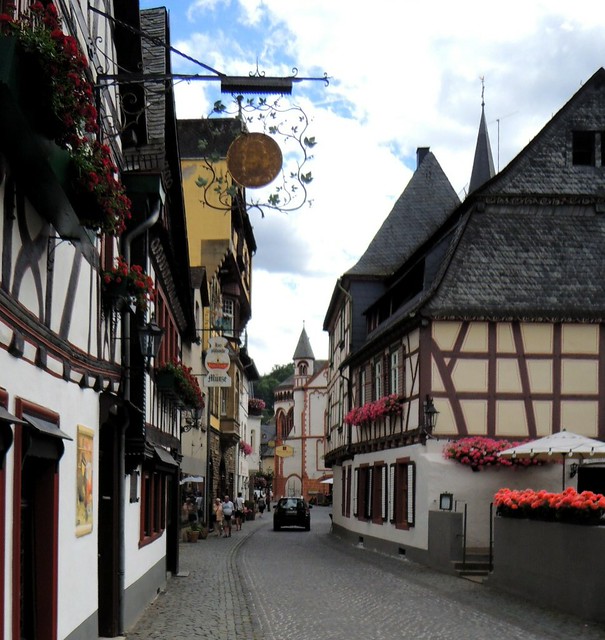 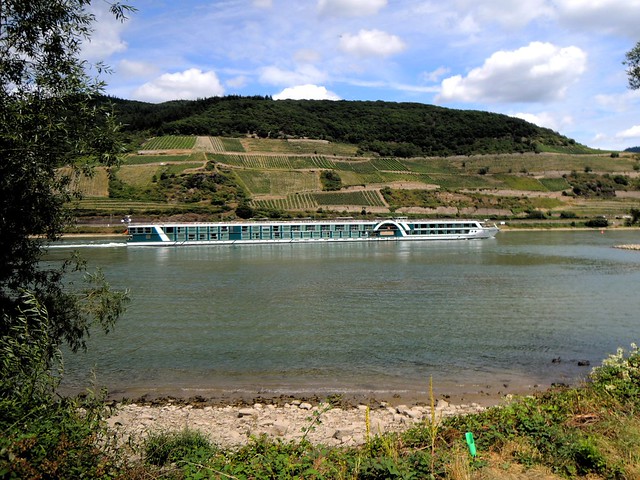 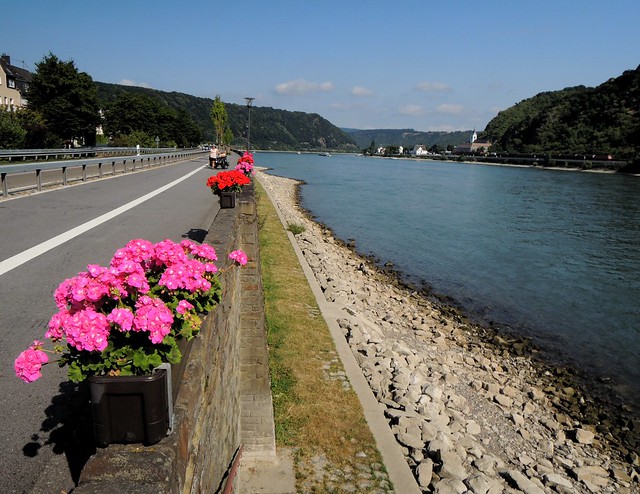 And, although we saw many castles and palaces, we didn’t make it into a single one.  One of the closest to the road and most interesting from the outside, Burg Rheinstein, was closed when we got there, and of course about half the castles are on the opposite side of the river so getting in those is also difficult.  I guess it was a bit of a letdown.  This was the only part of the trip that didn’t live up to my expectations. 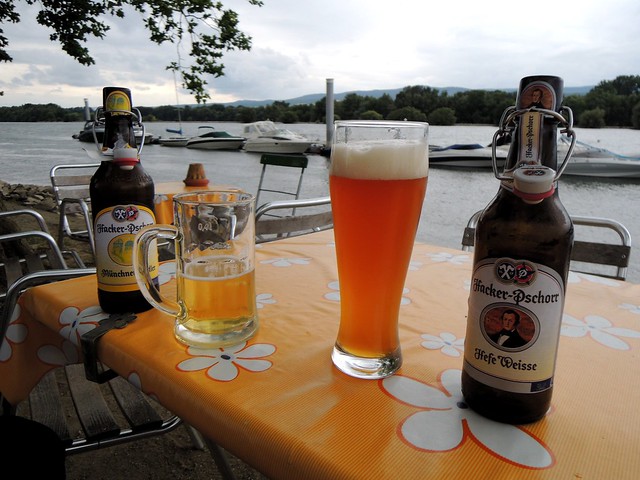 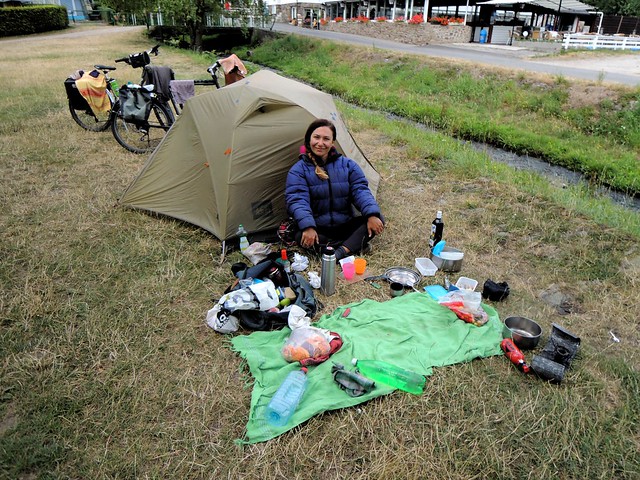 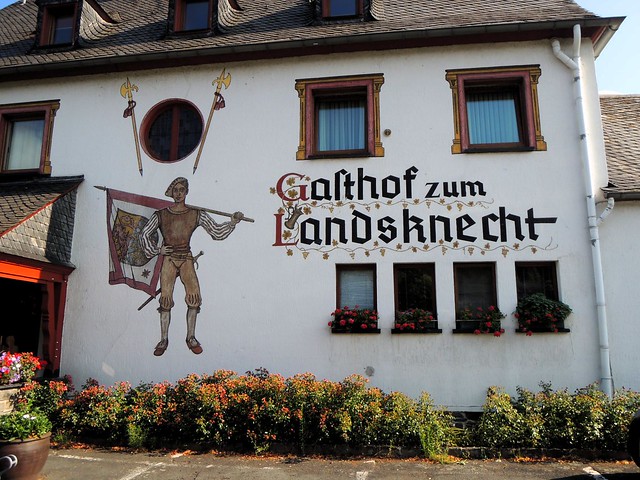 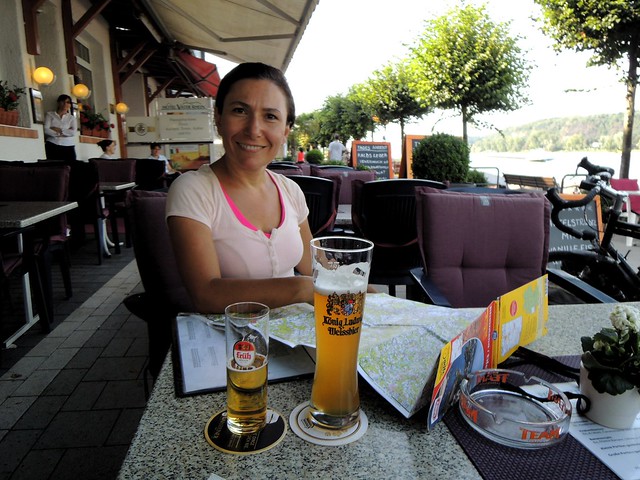