A few days pedalling in Alsace

We crossed the Rhine again using the free ferry at Rhinau to ride for a few days in Alsace.  I love being able to cross national borders without any immigration or customs controls.  Is there anywhere in the world where this is possible besides the EU?  I also liked being back in France where I can talk to everyone.  However, the first thing we did in France was stop for a beer — something that we had become accustomed to in Germany — and that’s a mistake.  The beer is better and much cheaper in Germany. 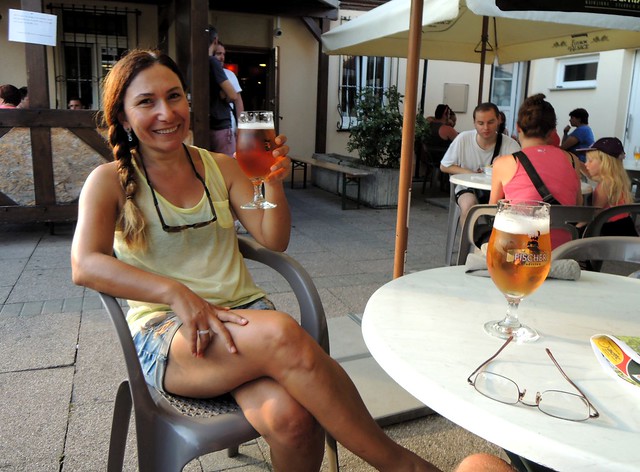 Instead of the Rhine River for this section we chose to follow the Grand Canal d’Alsace.  Our few hours pedalling along the canal were some of the fastest kilometers of the trip.  There are so many roads and bike routes in this part of Europe that it seems we’re stopping to read signs and/or look at the map every few minutes.  Because the bicycle paths often follow small tracks, finding them can be difficult and counter-intuitive.  You just need to trust the signs, and once you’ve missed a sign, it can be a lot of guesswork to get back to the route.  In the end what this means is that you go less distance in a day than you might expect.  Navigation on the canal, on the other hand, was simple. 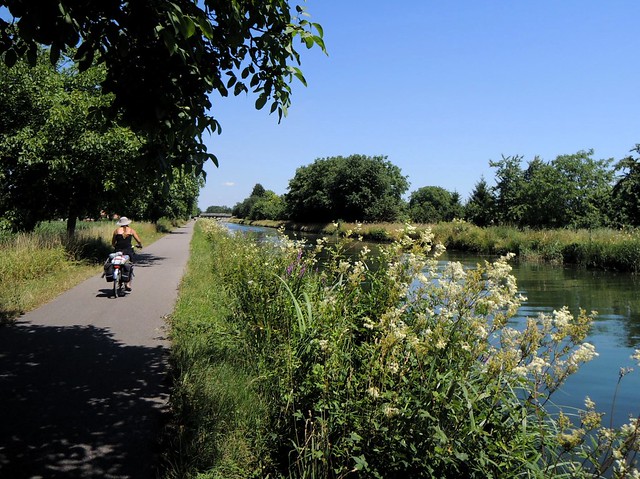 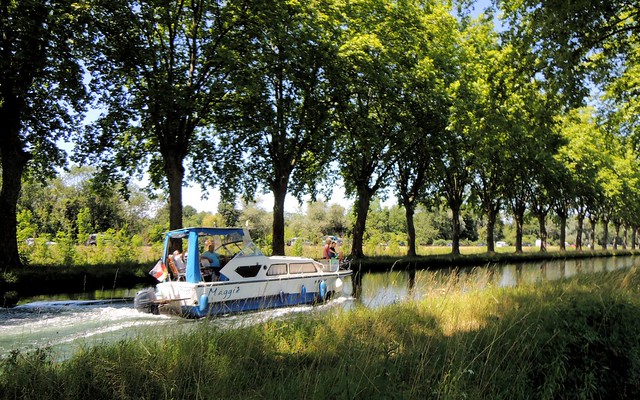 Like many tourists the highlight of our time in Alsace was Strasbourg, particularly the stunning cathedral and the area around it.  The historic center of Strasbourg, a UNESCO World Heritage Site, sits on an island in the Ill River.  The island, however, is so integrated with the city that I didn’t even notice crossing the bridges on my bicycle. 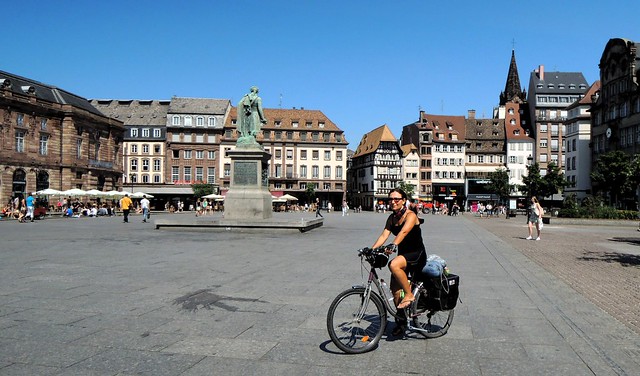 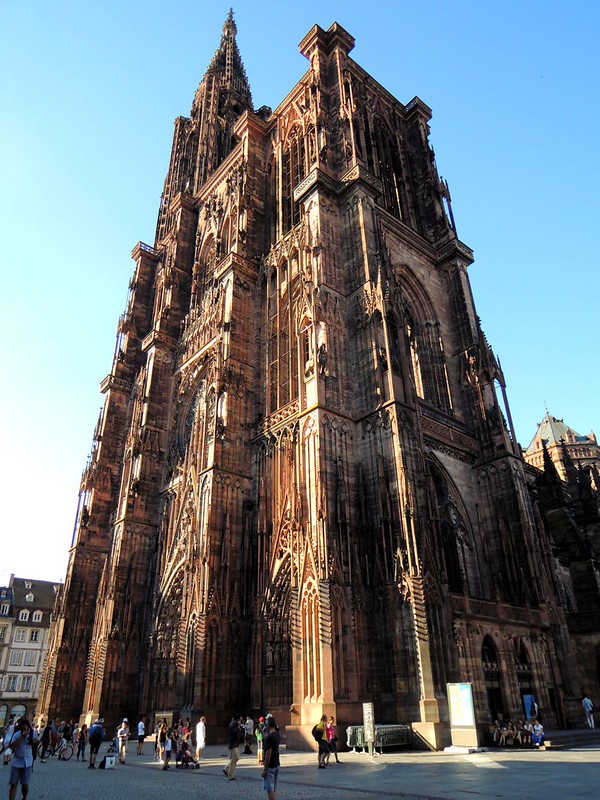 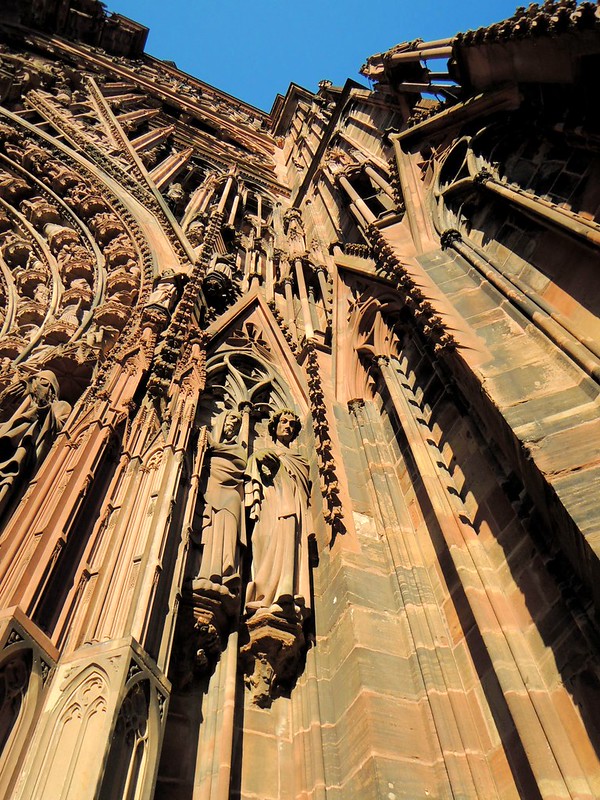 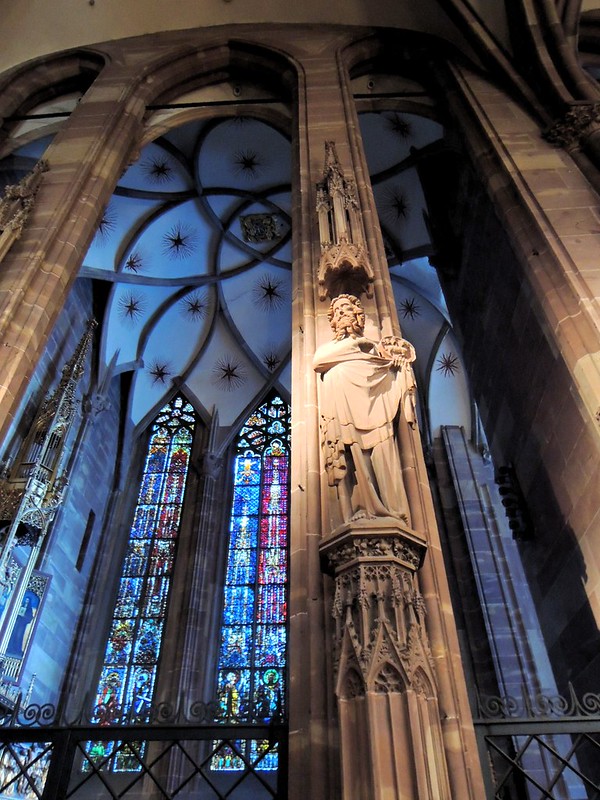 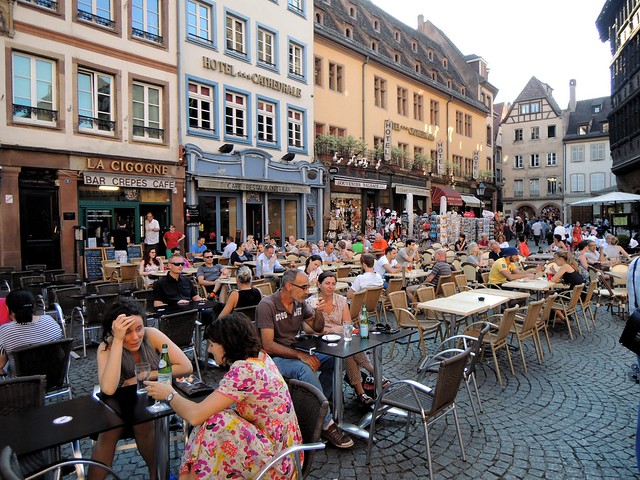 From Strasbourg we made our way back to the Rhine, had another couple nights of nice camping in France, and then crossed into Germany again near Lauterbourg, the easternmost point in France.  Au revoir. 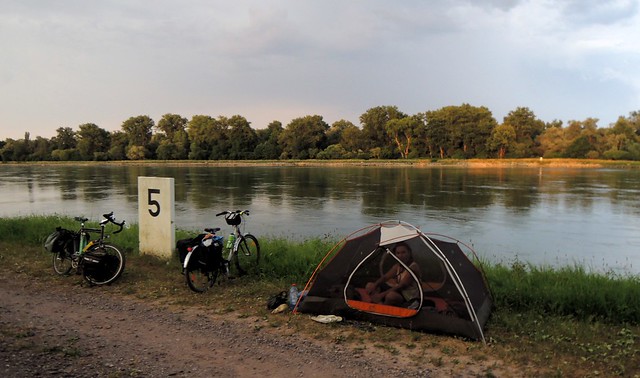 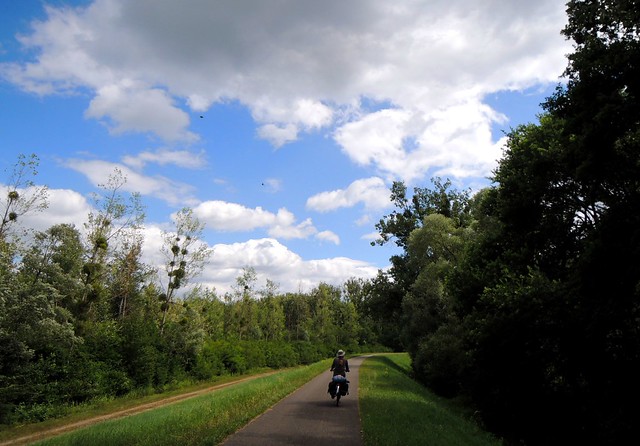 2 Responses to A few days pedalling in Alsace