After leaving the Rhine Gorge we came quickly to what looked on the map like a pretty ugly section of the tour, one big city after another — Bonn, Köln, Düsseldorf, Essen.  Then we’d be in Holland.  However, I was quite surprised.  This section was much better than I expected.  Germany does an excellent job of having green areas right up to and even inside the big cities, and their recommended bicycle routes of course take advantage of these forests and parks.  Coming into Düsselforf, for example, looks like continuous built-up city on my map, but we were on pleasant paths through parks and the university campus right into the center of the city.  In Essen we coasted straight down to the central train station, and the route into Köln followed the parks along the Rhine for many kms into the city center.

In Köln we stayed with our second and last Warm Showers host of the trip, Agathe, and her boyfriend, Kamal, both from France.  Agathe came to Germany with the goal of learning German, but she speaks French at home and English at work so progress is slower than she expected.  She’s travelled some by bicycle in South America (Peru and Brazil?), but what I found fascinating about her travels was her way of finding accommodation.  She travelled solo and before dark would simply find someone and ask if she could spend the night at their house.  She met lots of people and often travelled in places where she didn’t know the language.  Seems like that would be incredibly tiring.  I’ve never heard of anyone else travelling the way Agathe did. 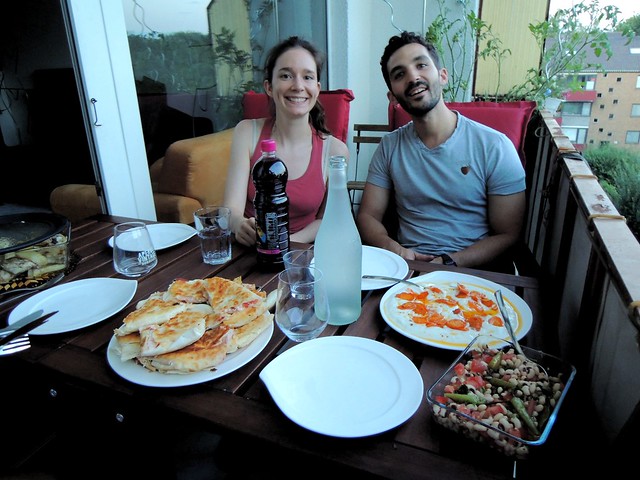 In our rest day in Köln (where we had the first rain of the trip) we visited the city’s huge cathedral, another UNESCO World Heritage Site. 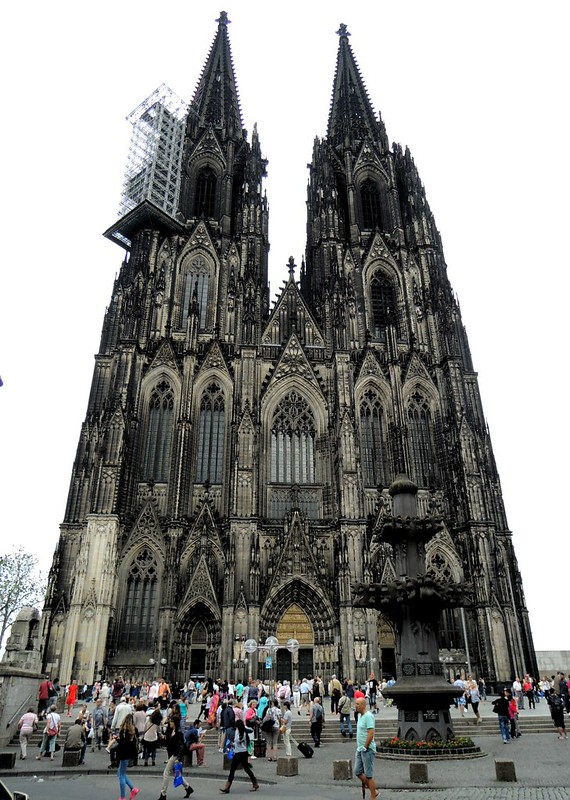 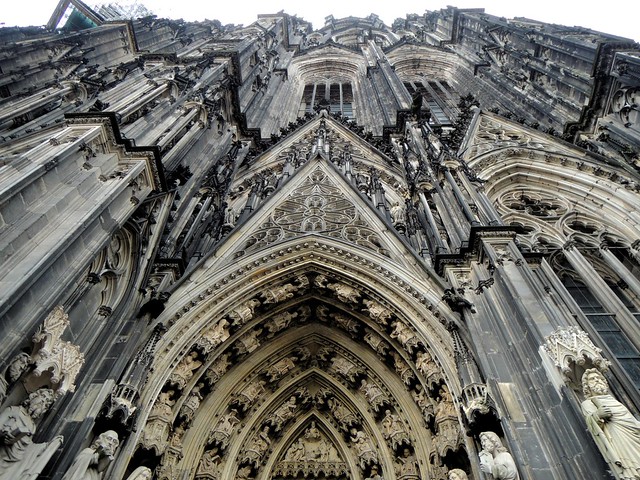 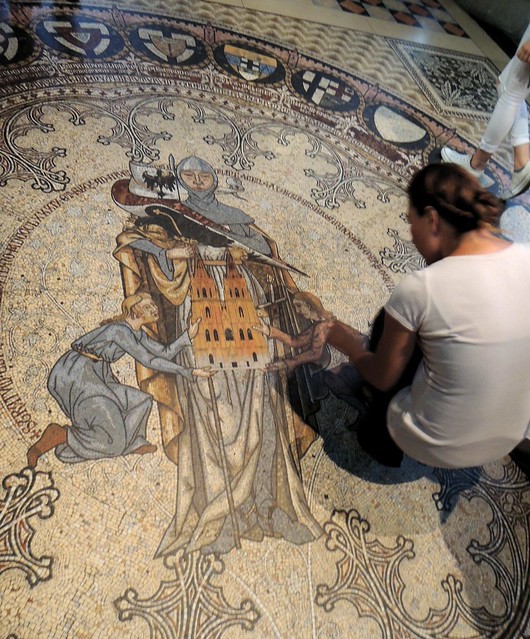 We also saw the Love Locks on the Hohenzollern Bridge. 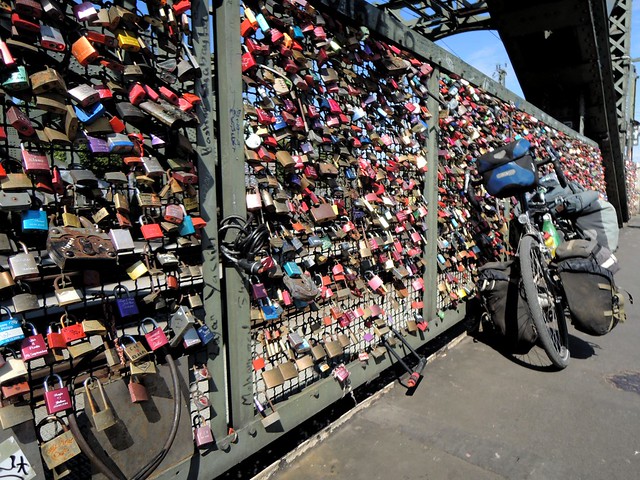 In Düsseldorf we stayed at the only hotel of the trip (it was actually a private room in a hostel).  Although it was cheap compared to most hotels in Germany, you pay dearly for rooms in this part of Europe (51 Euro in this case).  However, Ferda pointed out that the room was cleaner, bigger, and better equipped than a typical pension in Turkey.  For the same quality in Turkey, the price is similar.  We had a fun evening in Düsseldorf’s old town, visiting a couple of the famous altbier breweries.  I missed my friend Jack who likes this style of beer much more than I do and enjoys visiting historical breweries. 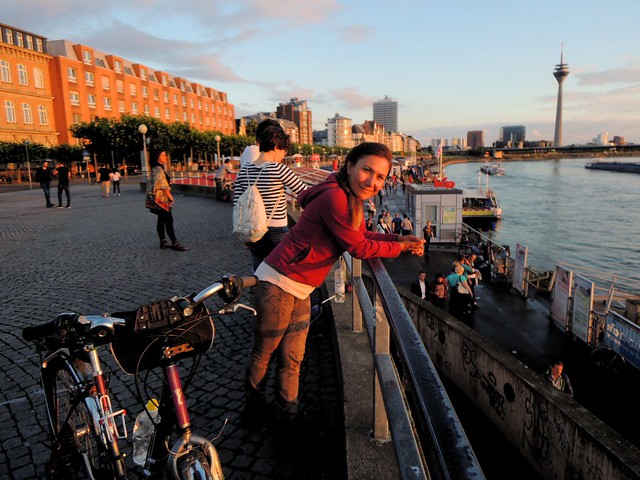 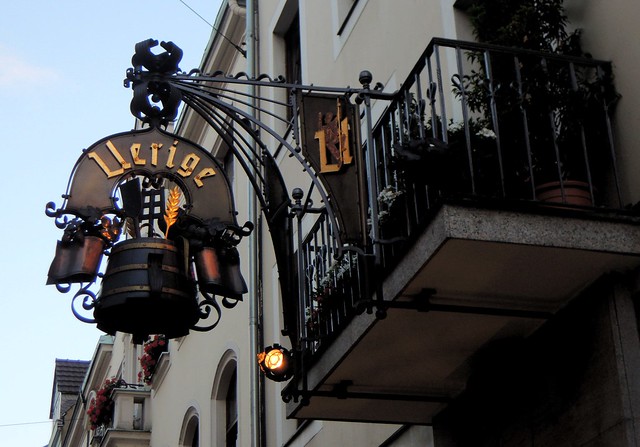 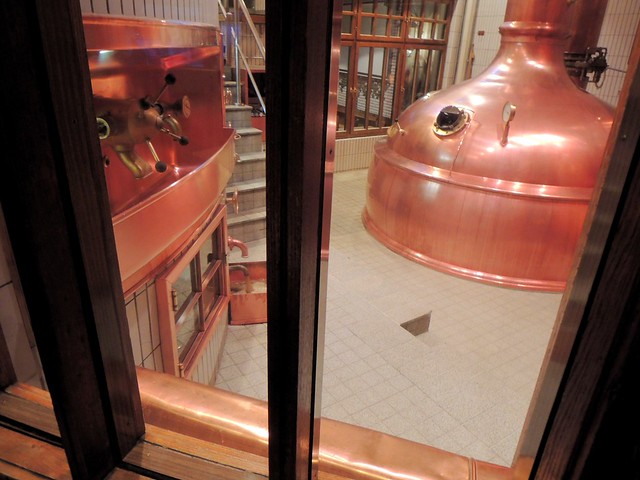 By the time we got to Essen the rain had really started.  We made the smart choice to stay a full extra day with Ferda’s cousin there, watching it rain.  What followed was about a week of daily rain, but that last day in Essen was probably the most.  It was great to spend time with Sibel and Ulaş.  They just got married this year, and Ulaş is living outside of Turkey for the first time.  His first goal is to learn German, a requirement to extend his resident permit beyond a year even though his wife is a German citizen. 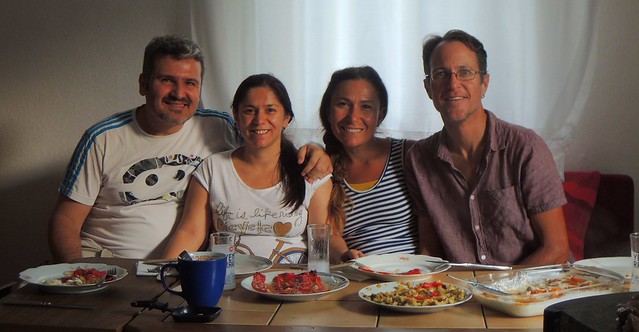 On one rainy day we played leapfrog with two older couples also cycle-touring.  They advised us not to miss Zons, an interesting historical town with an old windmill and an excellent ice cream shop.  Earlier in the trip we had used the heat as an excuse for our beer and ice cream stops.  Turns out the rain works just as well. 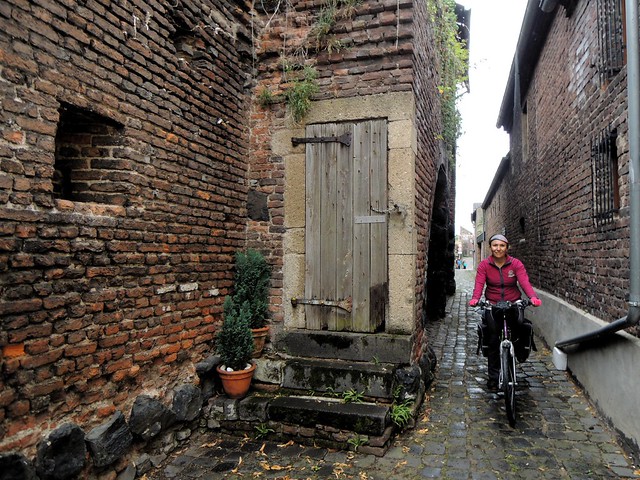 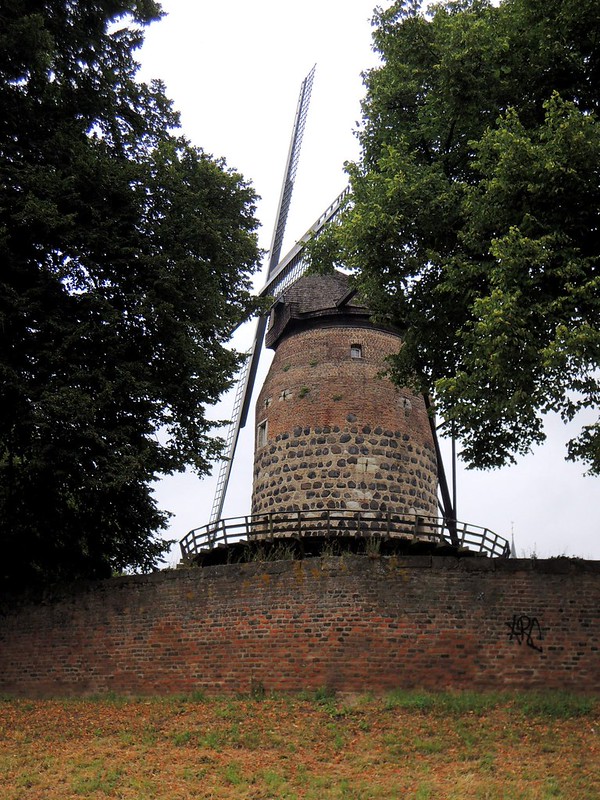 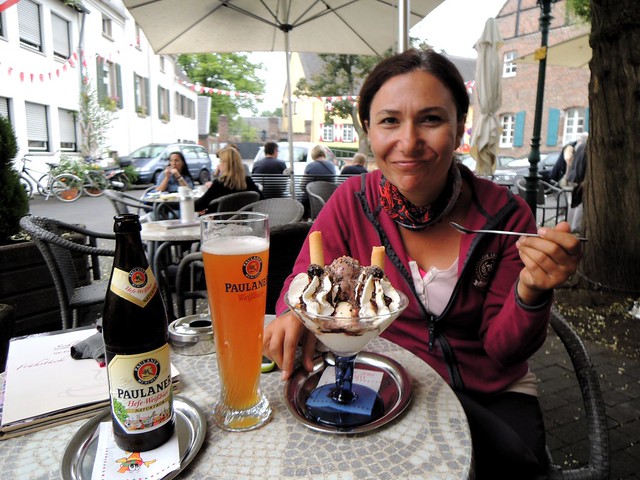 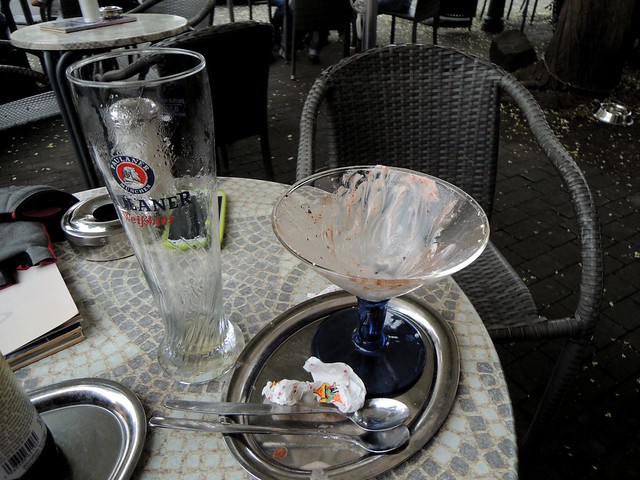 A few km before the Dutch border we stopped in Elten for our last beer in Germany, knowing that everything would be more expensive in the Netherlands.  Not only did we enjoy a beer, but we also arrived in time for Elten’s semiannual parade, derided by our English-speaking Dutch waitress as “men in ridiculous outfits carrying guns; you won’t see such nonsense in Holland.” 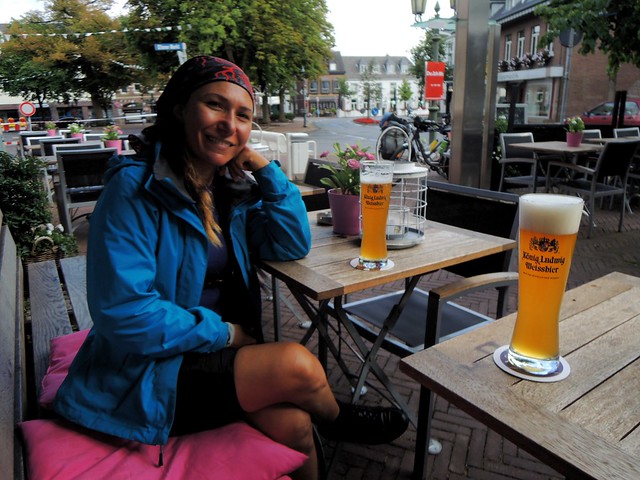