Cycling in Holland: Zevenaar to Aalsmeer

Five years ago Topher and I spent a month cycling in the Netherlands.  Since then I’ve had a number of cycle-tourers ask, “how could you possibly spend so long in the Netherlands?  I crossed it in two days on my bicycle.”  Well, it’s not really such a small country — in area, twice the size of Antalya or New Jersey — and there’s a lot to see.  It was great to be back. 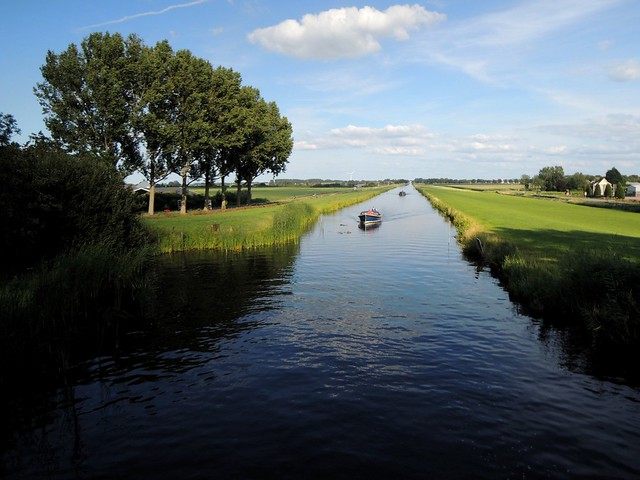 Holland is well-run and clean, the people are super, and the cycling facilities are the best in the world.  It really is such a joy to cycle there, almost always on car-free bicycle paths.  When there are road crossings, the drivers are always watching for cyclists.  As Gertjan pointed out to me years ago, most of the drivers are also frequent cyclists.  They understand that car drivers ought to respect cyclists.  Doesn’t sound like rocket science, but respect is a rare trait in the world’s motorists. 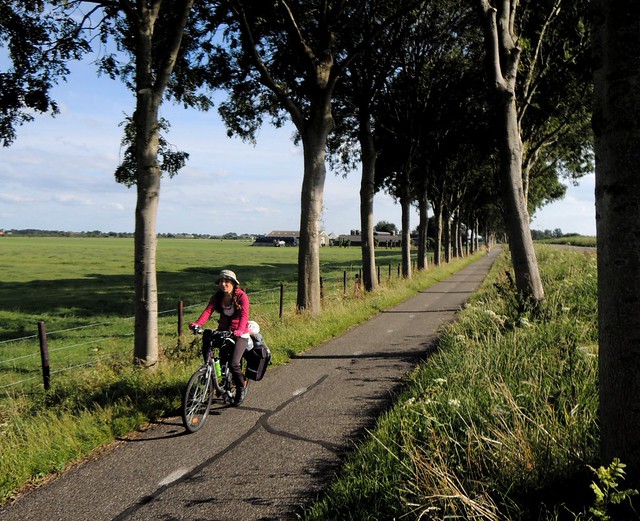 Does it get any more Dutch than this?  Eating stroopwafels while waiting for the rain to stop: 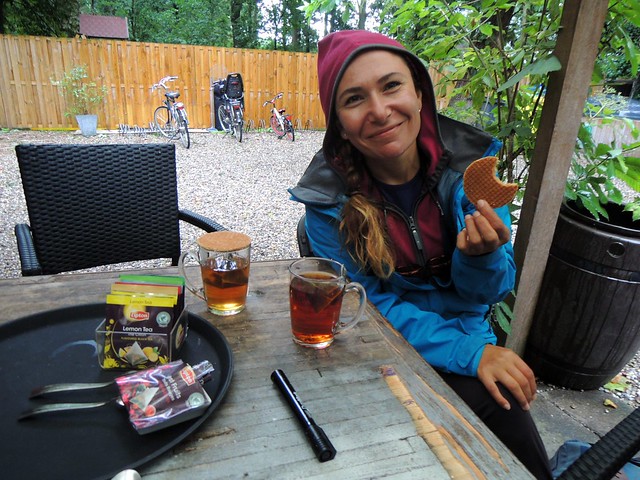 Just like five years ago with Topher, Ferda and I stayed with Gertjan’s mother, Nen, in Groenekan, spent a few days visiting Amsterdam, and had a super time with Myra in Aalsmeer (Anthony came over one night, too).  I miss my Dutch friends.  I feel like I get along with the Dutch more easily than any other nationality.  The Dutch are good at secularism, acceptance, and respect — traits the world needs more of. 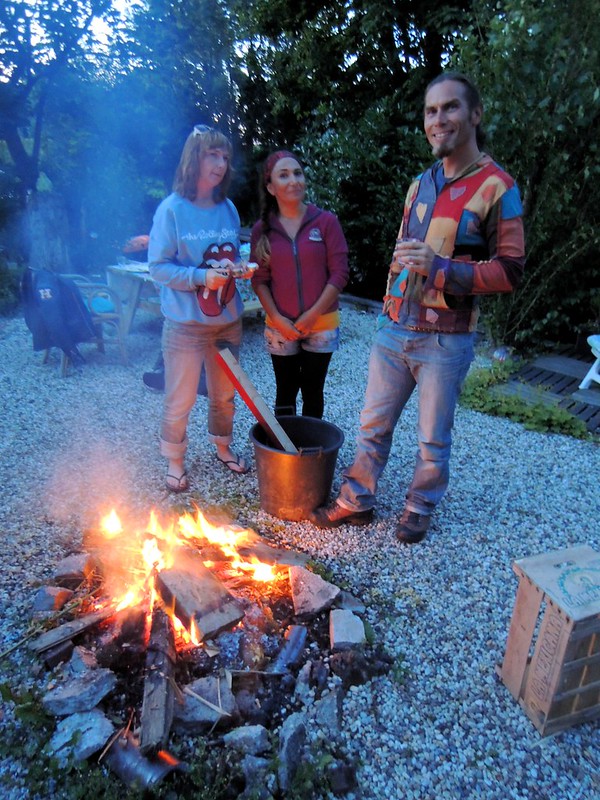 In Woudenbourg, between rain squalls, we met up with my longtime Dutch friend, Gertjan, who took us to the tallest pyramid in the Netherlands on the way to his mother’s house.  Wow, she was happy to see me again and excited to hear about how Topher is doing.  The following day Gertjan took us to the tallest cathedral in the Netherlands.  I had fun seeing the center of Utrecht again, a small version of central Amsterdam.  There Ferda went in her first “coffeeshop”, something she didn’t have the courage to do on her own when she visited Amsterdam a couple years ago for work. 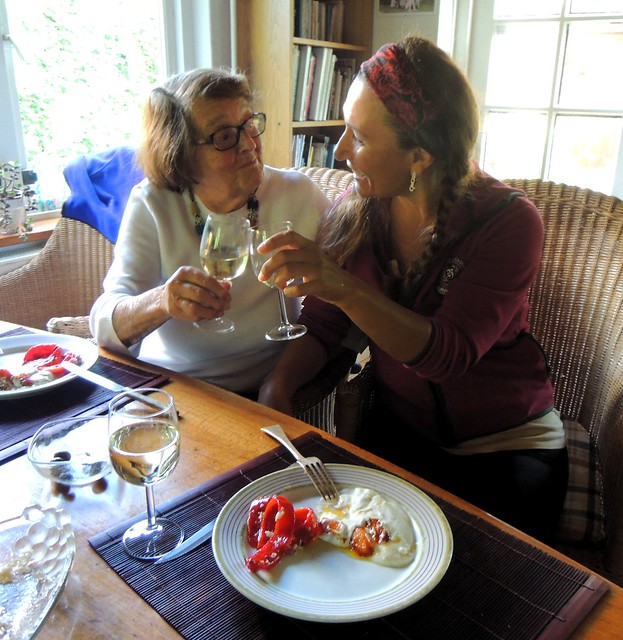 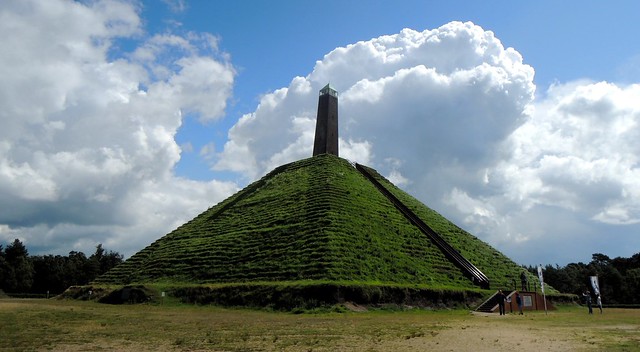 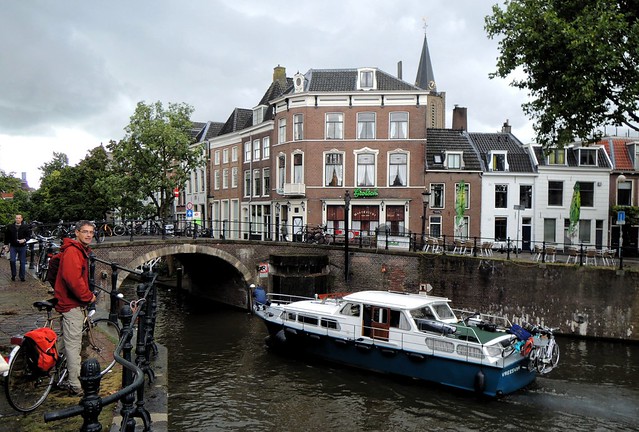 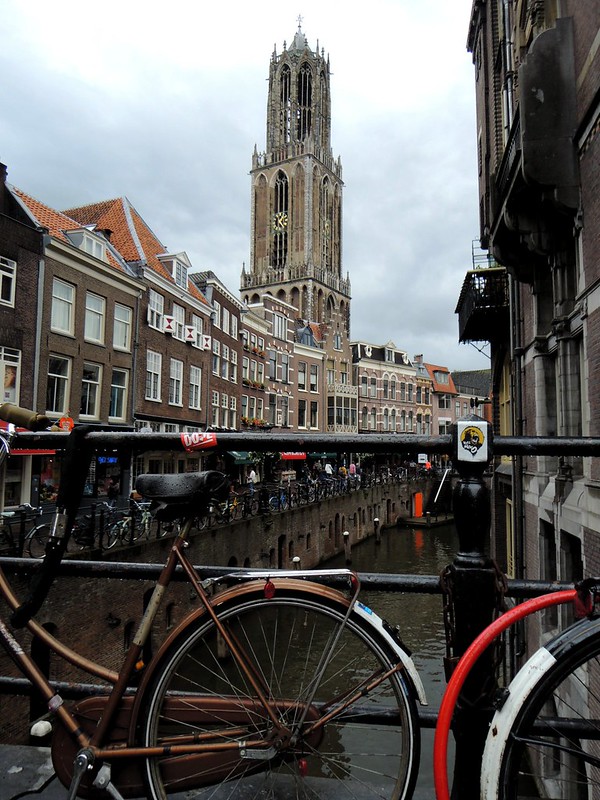 Does it get any more Dutch than this?  Gertjan treated us to raw herring and raw onion sandwiches in the rain in Utrecht.  Ferda hated it. 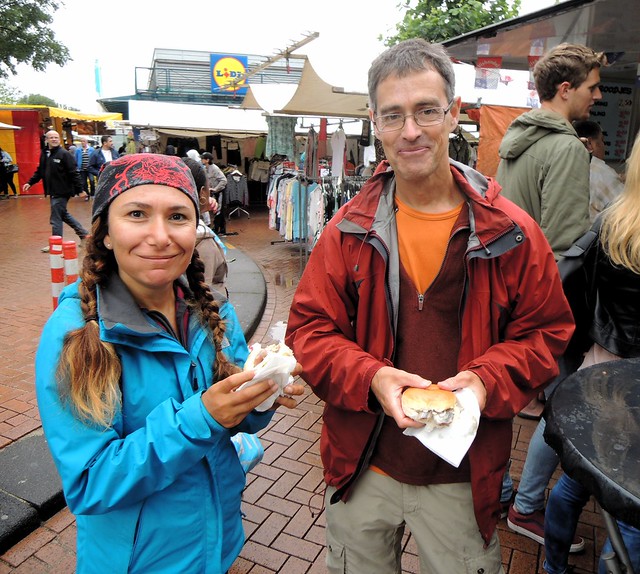 After pedalling some 1400km (??) from Geneva, we rolled into Amsterdam the day before the biggest party of the year — the Gay Pride Parade.  We donned our pink shirts and joined the crowds.  What a blast. 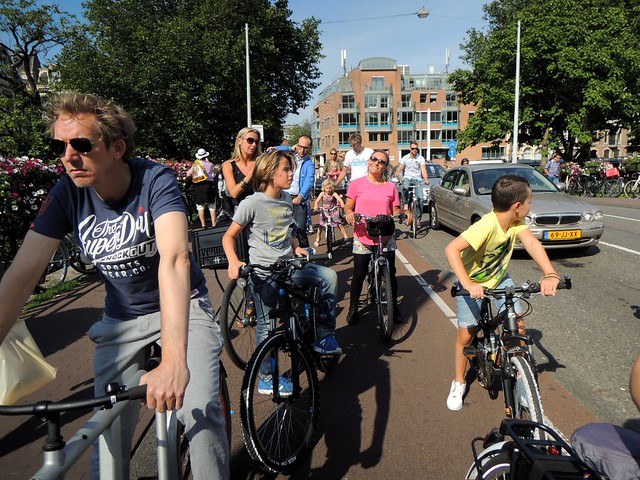 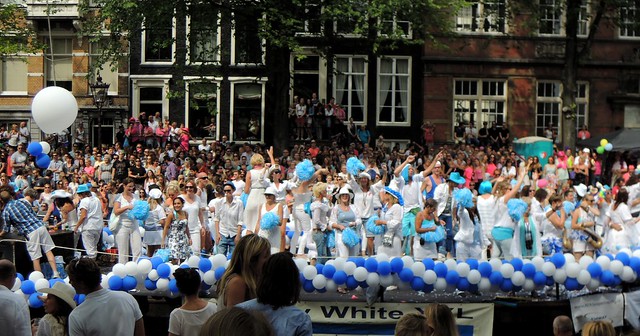 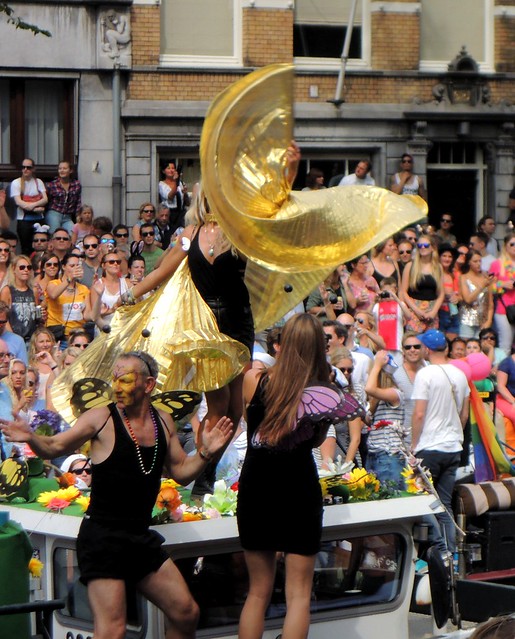 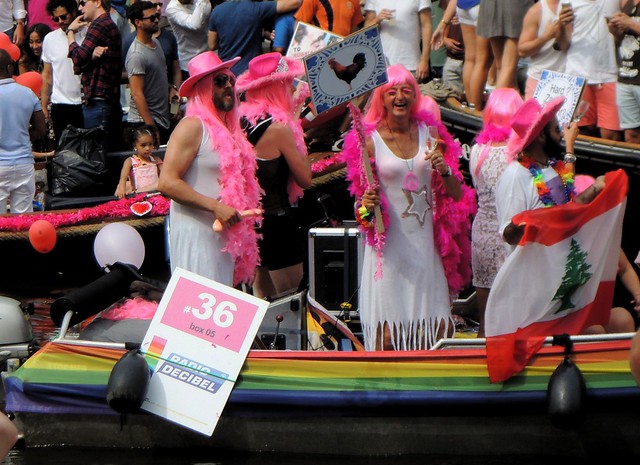 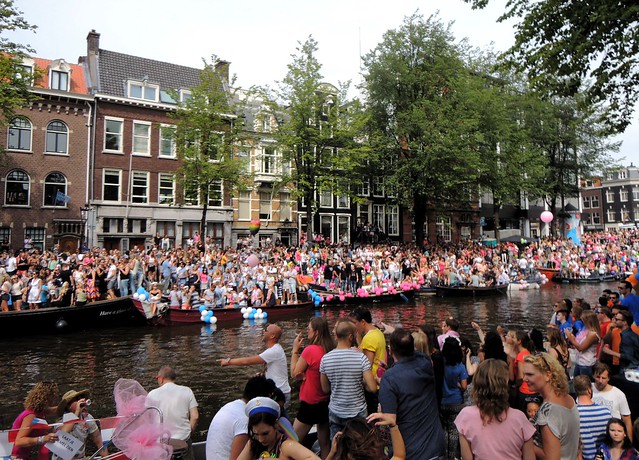 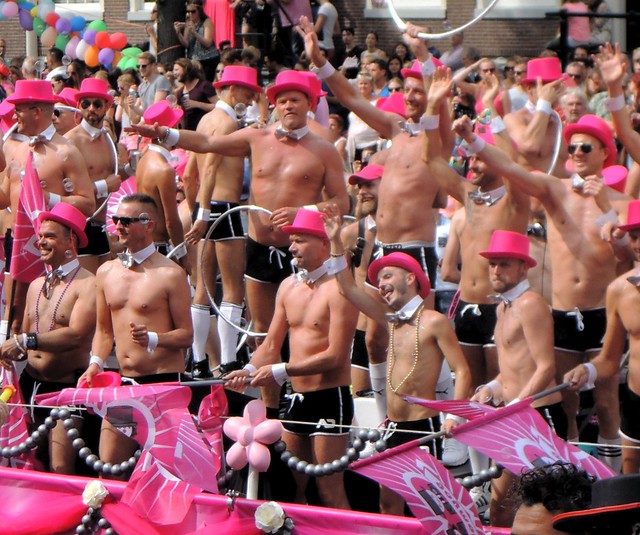 The following day we did the typical Amsterdam tourist stuff — bicycle around the canals, take lots of photos, pose as dairy farmers, visit the Red Light District at night, buy a marijuana brownie — all in unusual Dutch weather.  After ten days of rain in a row, we had three sunny, warm days in Amsterdam.  There’s a Dutch joke that goes:

“What’d you do this summer?” 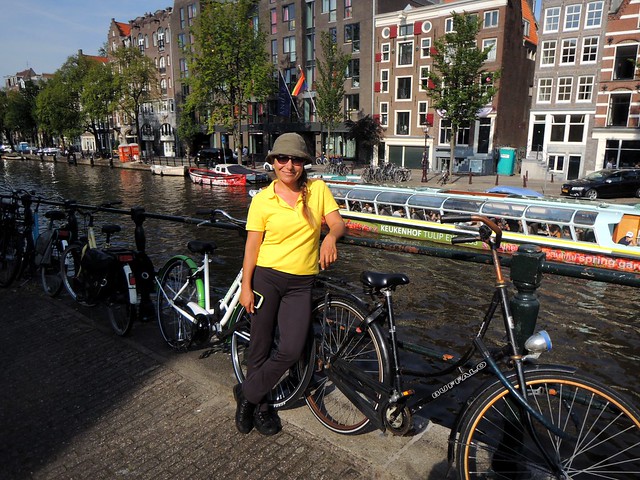 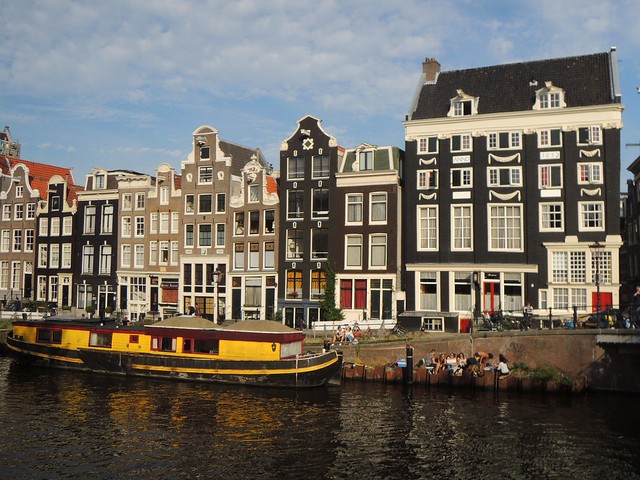 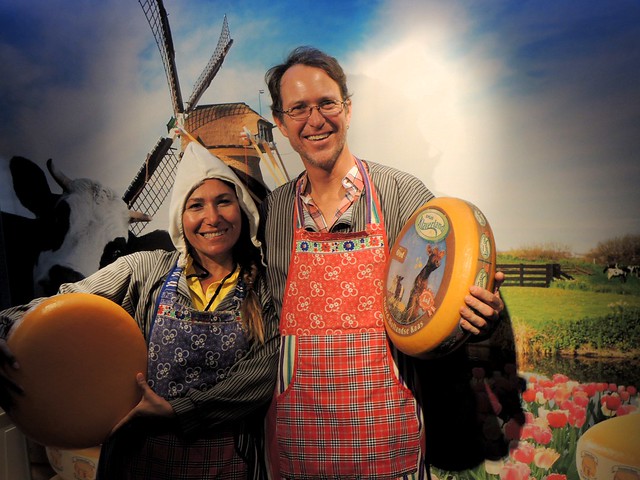 Although Ferda felt a bit more Thai than Dutch, her yellow shirt made for a couple good “Where’s Waldo?” photos. 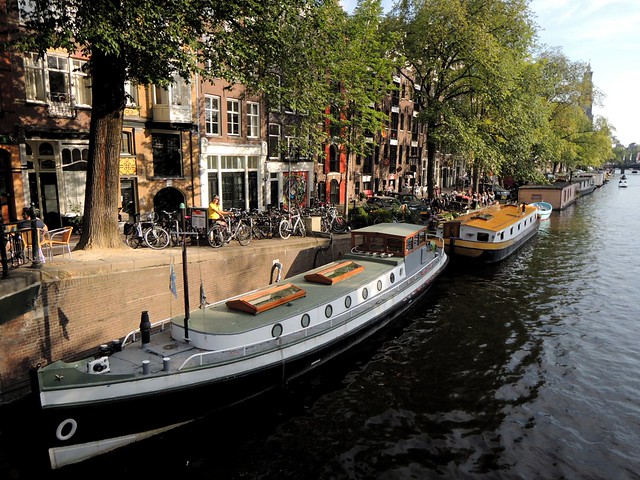 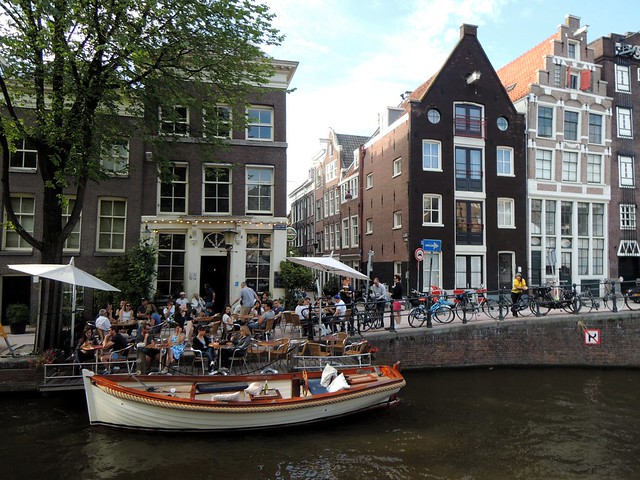 Does it get any more Dutch than this?  Myra treated us to bread, butter, and chocolate sprinkles.  I preferred the herring. 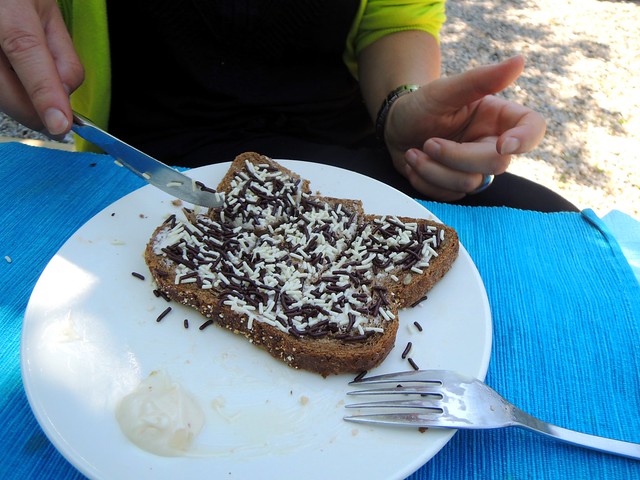 We spent the last day of our trip with Myra on the canals next to her house in Aalsmeer. 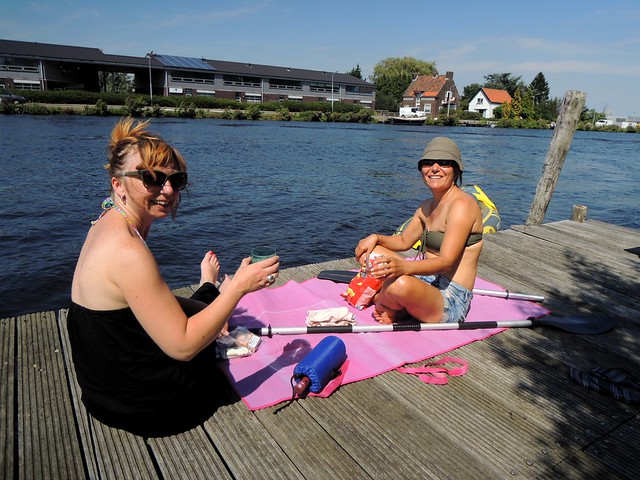 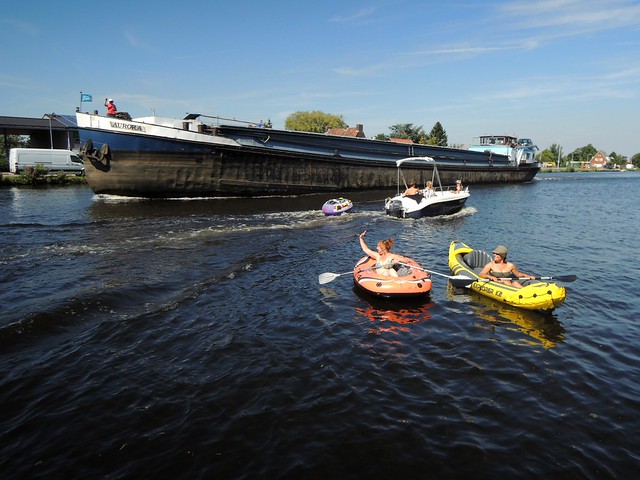 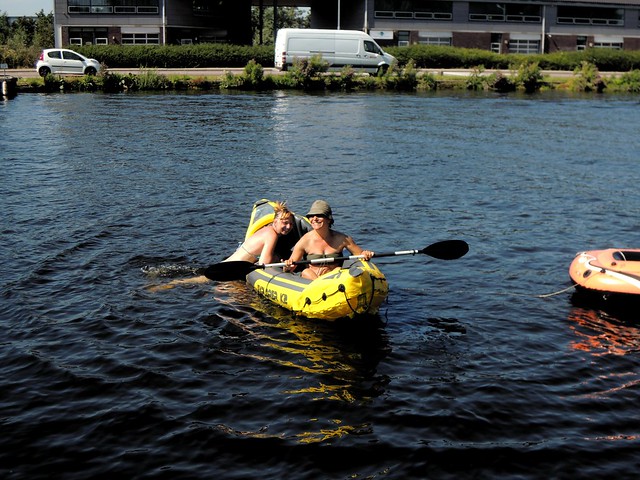 Just like five years ago with Topher, Myra’s wonderful neighbour, Kees, took us and our two big bicycle boxes to the airport in his huge red van.  Thanks, Kees! 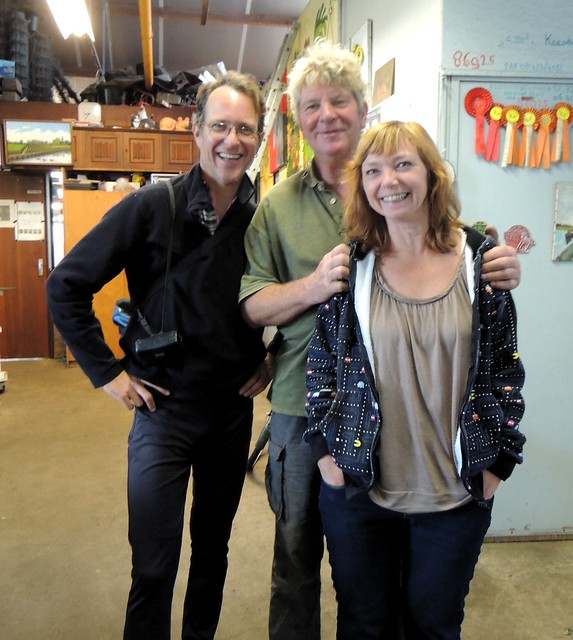 Does it get any more Dutch this this? 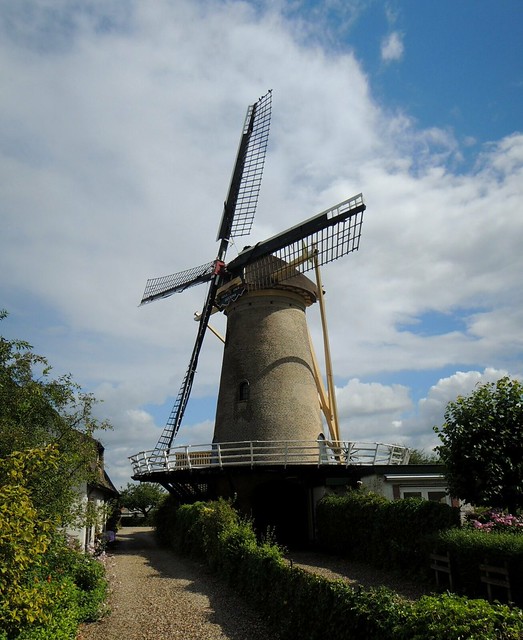 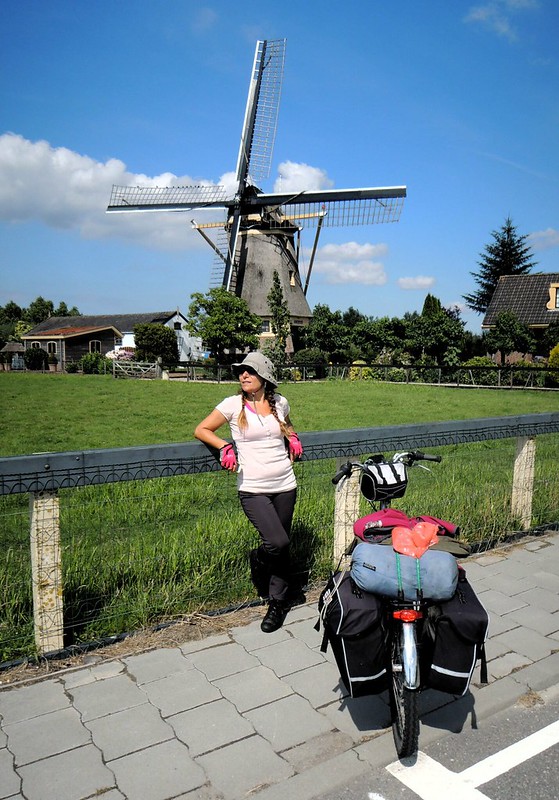 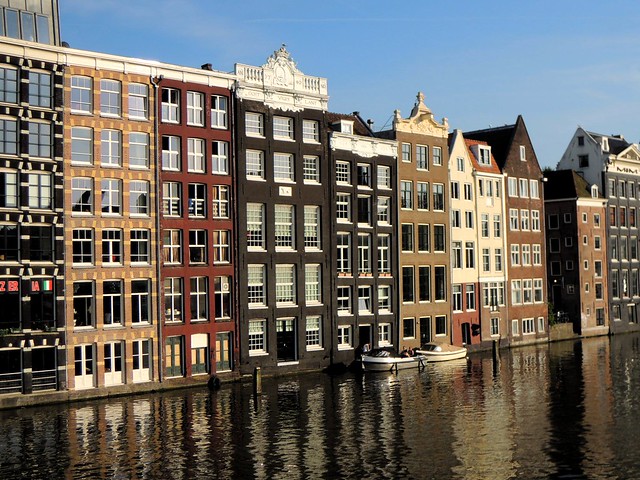 2 Responses to Cycling in Holland: Zevenaar to Aalsmeer