In the spring I did a couple fun bicycle rides (day trips from Antalya) with Nurullah and Nurhayat.  The first ride took us to a two waterfalls, an old Roman city, and a restored Ottoman-era mosque.  The second took us to another waterfall — this one into a narrow gorge–, an old cistern, a restored caravanserai, and a cave.  It’s amazing how much there is to see quite close to Antalya.  Also, I sometimes complain that there are no flats rides to do around Antalya, but it’s not really true.  Neither of these rides had much climbing.  Nurhayat was recovering from a broken ankle and wanted to stay on the flats.

The goal of the first ride was to go to Aksu, the next “city”, I guess you could say, to the east of Antalya.  Aksu is famous for piyaz and köfte.  Piyaz is a bean tahini salad with boiled egg, tomato, and olive oil.  It’s really good.  Köfte is grilled hamburger meat — much better than it sounds.  Aksu is also famous for the nearby ruined Roman city, Perge.

The goal of the second ride was to visit Karain Mağarası, a well-known cave NNW of Antalya.  Turns out it’s of more interest to archaeologists than casual tourists.  Inside the cave is evidence of 500,000 years of human history, one of the oldest records in Turkey.  However, it’s completely covered to protect the find, and I don’t think there’d be anything for non-professionals anyway.  It’s certainly a pleasant bike ride though.  Here are a couple photos from inside the cave: 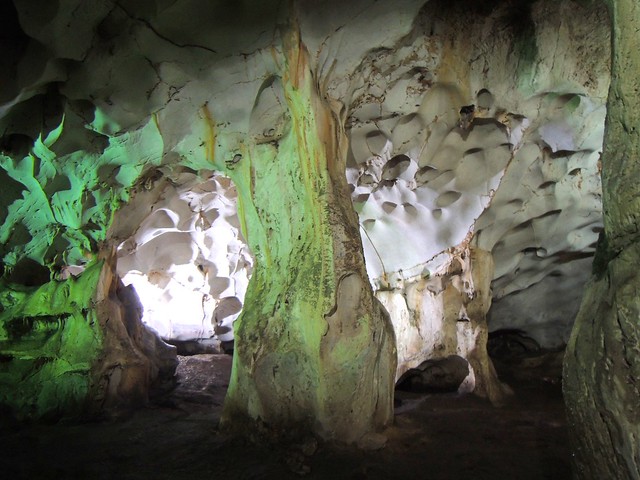 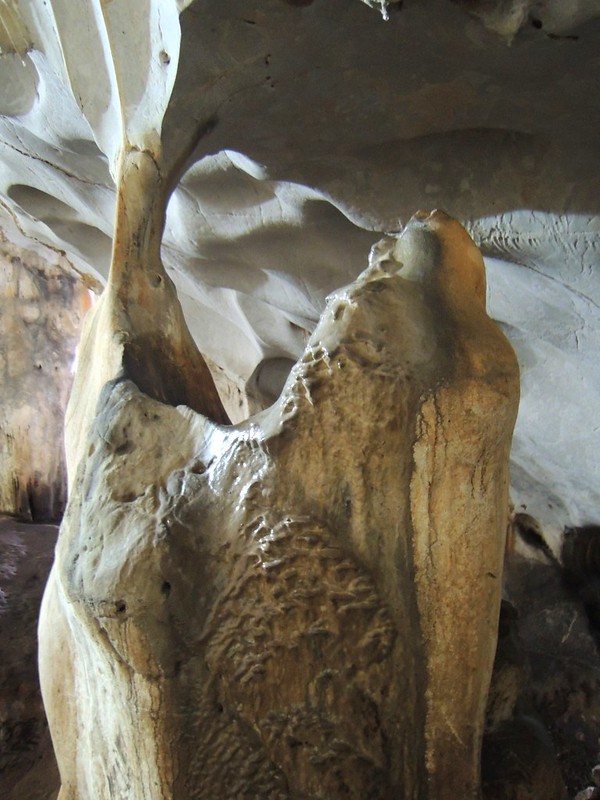 and the riding near the cave: 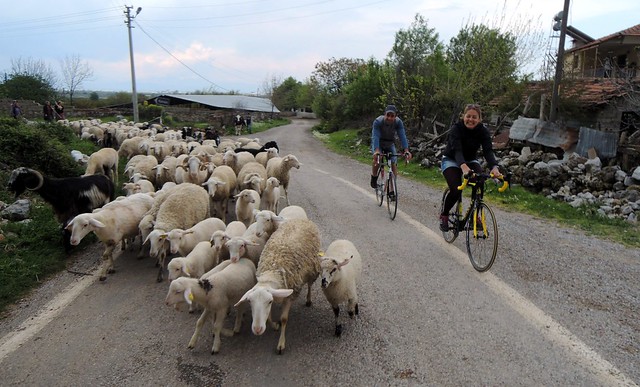 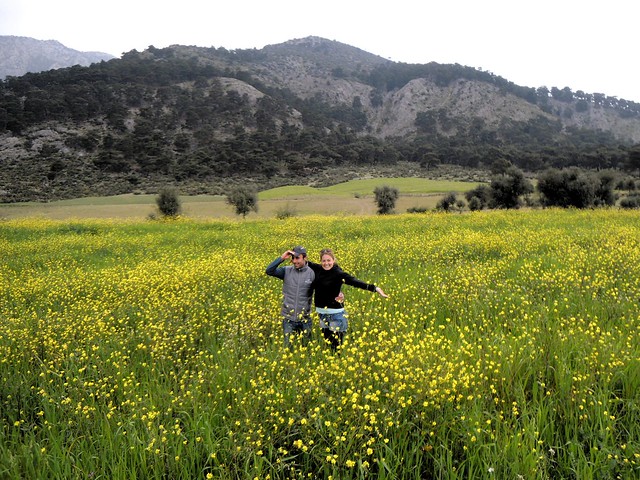 Here’s the entrance to the Evdirhan Caravanserai (in Nebiler) that we visited on the way to the cave: 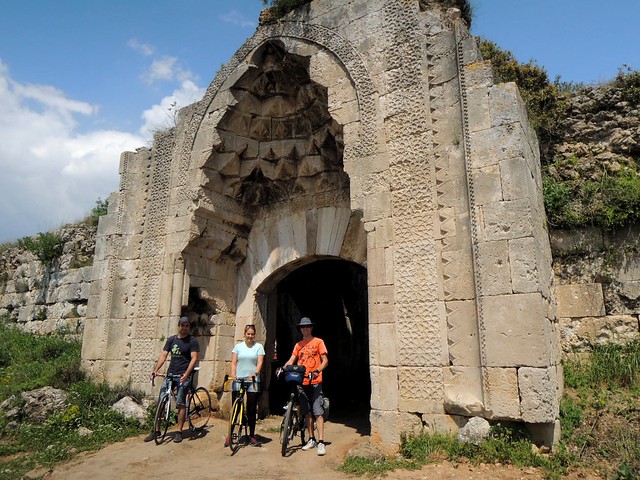 an old cistern on the side of the road: 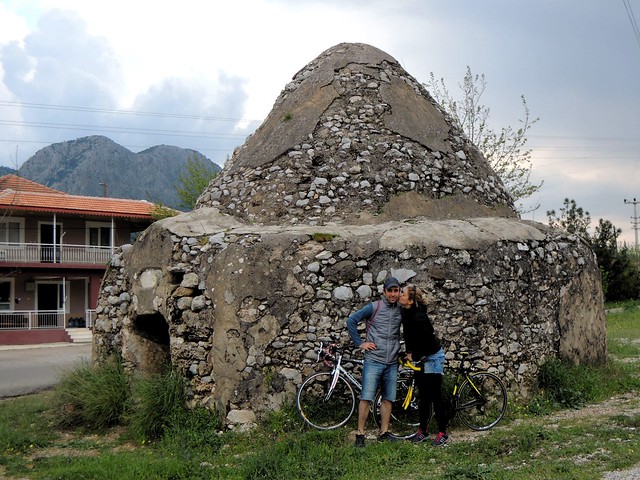 restoration work on an Ottoman-era mosque south of İhsaniye: 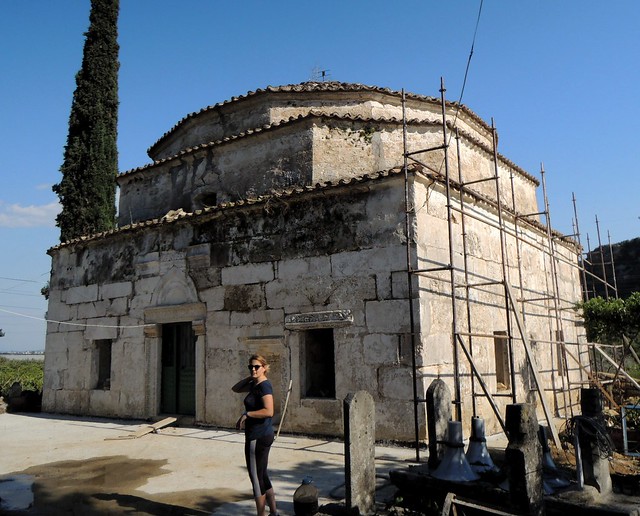 and the stadium at Perge: 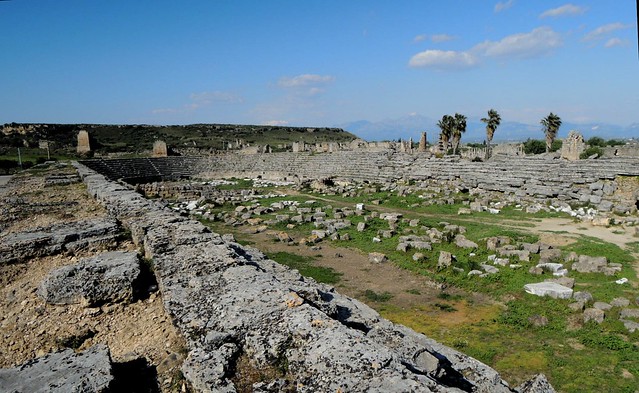 Now for the waterfalls.  This is Lower Düden Waterfall in the eastern suburbs of Antalya near the airport and Ferda’s house: 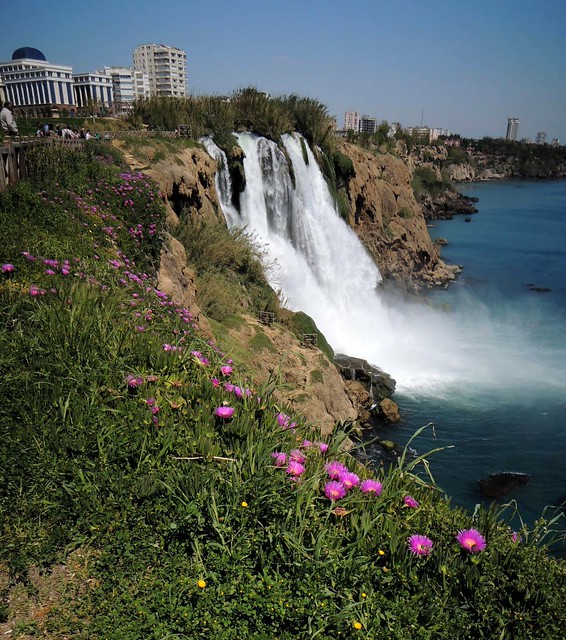 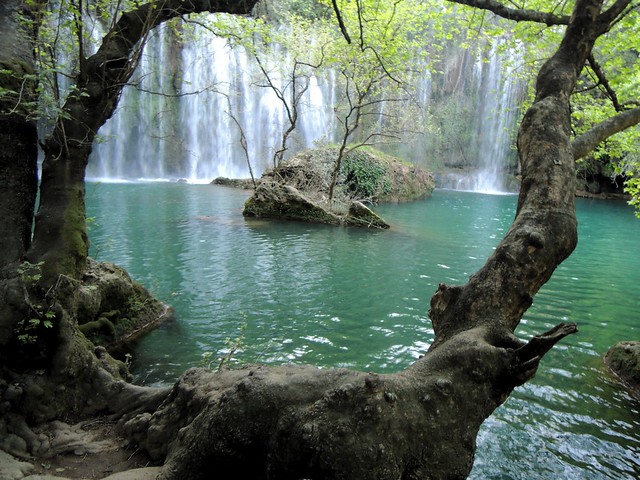 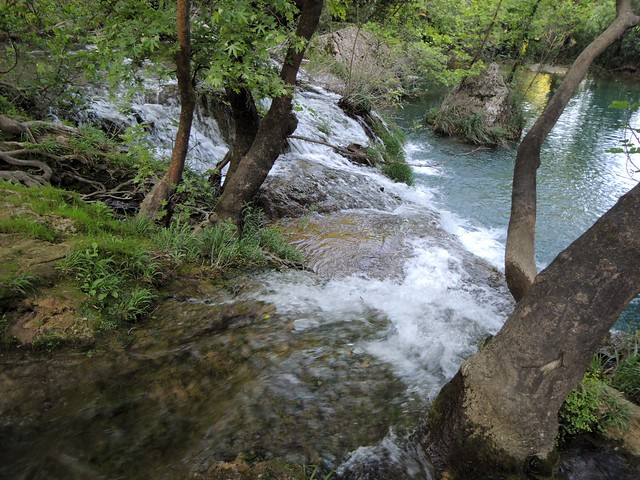 and finally the waterfall that plunges into Güver Canyon.  At this location are the bolts (you can even see one in the bottom left corner of the photo) used to rappel into the canyon and start a short, wet canyon descent.  Should be something really fun to do in the summer. 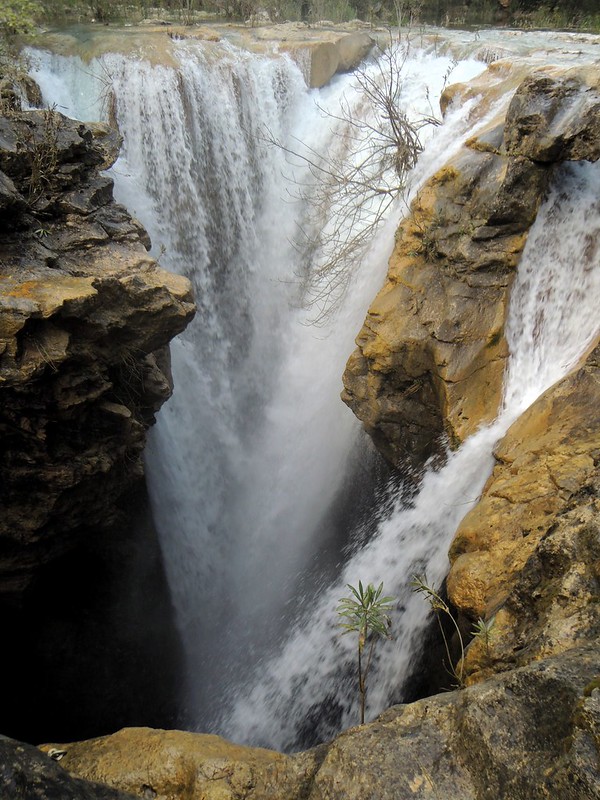