Four-day auto-tour east of Antalya with Gertjan, Jacqui, and Mateo

Well, this blog post was a long time coming.  When we did this trip last September, I was still fairly good about keeping the blog going, and this entry was the next one I was going to write.  Somehow I never got around to it, and the blog lapsed for months.  So, finally here it is — Uçansu Waterfall, Manavgat Waterfall, Altınbeşık Cave, the famous “button” houses of İbradı, yet another Uçansu Waterfall (!), and the tourist trap of Side.  It was a fun full four days.

Jacqui and Gertjan managed to take long leaves from their jobs in Vancouver last year and spent quite a bit of time visiting France, Wales, the Netherlands, Germany, Turkey, and who knows where else.  Ferda and I had the chance to visit Gertjan and his mother in Groenekan, and while we were there, Gertjan took us to the tallest pyramid in the Netherlands.  Wow, how exciting.  Challenged to top such a spectacular site, Ferda and I invited Gertjan, Jacqui, and Mateo to Antalya and put together this short driving tour.

We started by visiting one of two waterfalls in Antalya with the same name, Uçansu (Flying Water).  To add to the confusion the first Uçansu we went to (near Gebiz) actually has two waterfalls (does that make three Uçansu?).  They’re both spectacular, with great swimming holes, like something out of a movie set.  The dirt road to get back to this area was longer than I expected so it was nice that we got permission to camp at the lower waterfall.  It was less nice when, after the employee who gave permission left for the evening, the overnight guard decided to enforce the no camping rules.  With some smiles and a promise to take down the tents early, everyone was happy again. 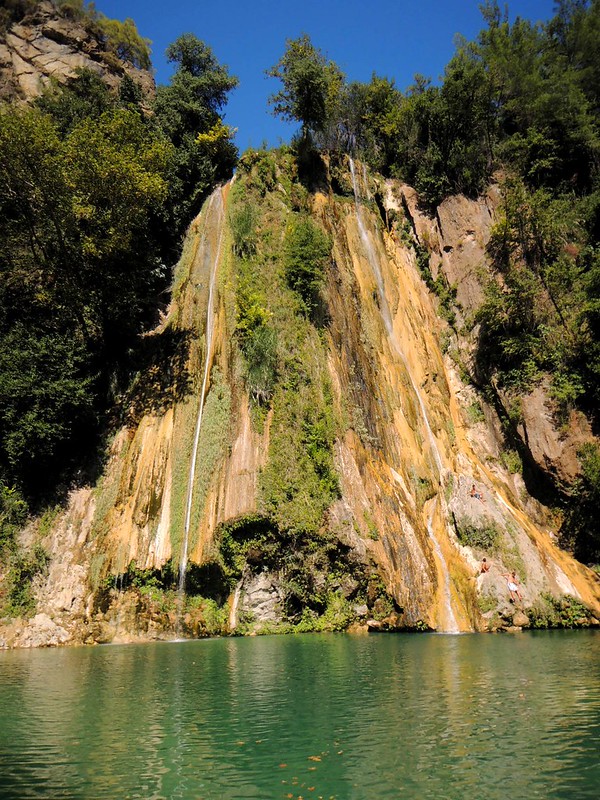 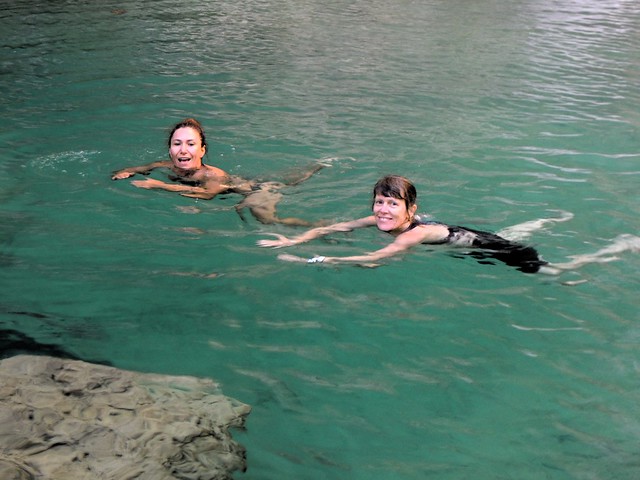 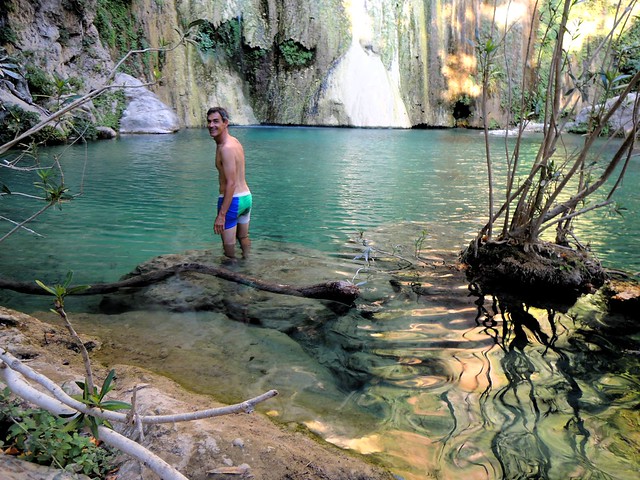 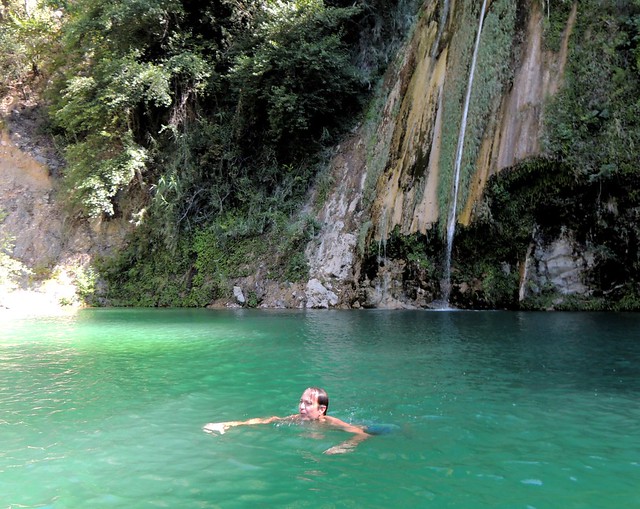 The much more famous waterfall at Manavgat had a very different feel.  It’s easily accessible via paved roads, crowded, and was more like a carnival than the nature experience we had the before.  As for swimming, well, it looked risky. 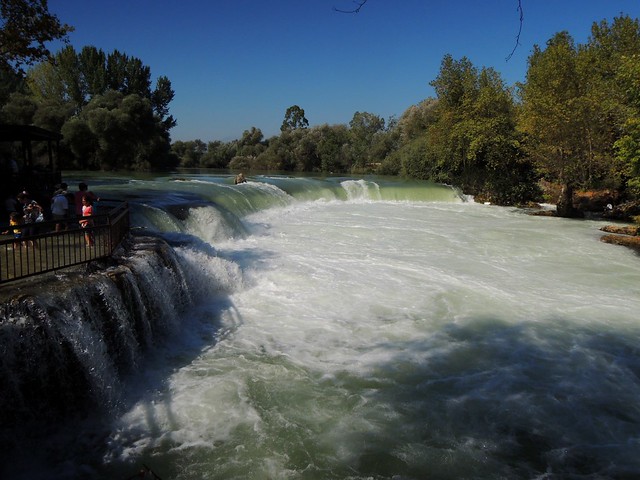 Our next stop was Altınbeşık Cave.  I’d heard about this cave from friends in Antalya, but I’d never talked to anyone who had actually visited.  From Manavgat, we had to go up, way up into the mountains.  We found a great camping spot, and presciently parked our rental car facing downhill.  The battery was dead in the morning.  An even bigger surprise was had by all at the entrance to the cave — it’s filled with water!  We expected a boat tour even less than a dead battery. 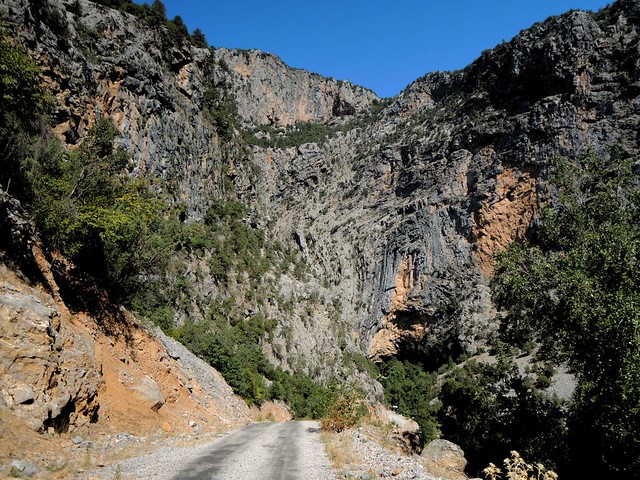 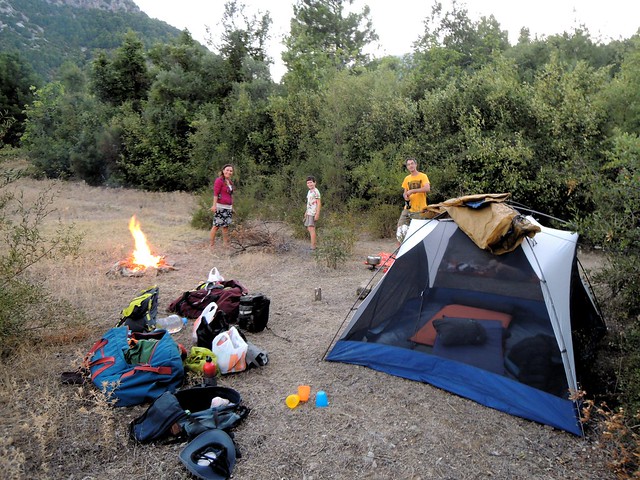 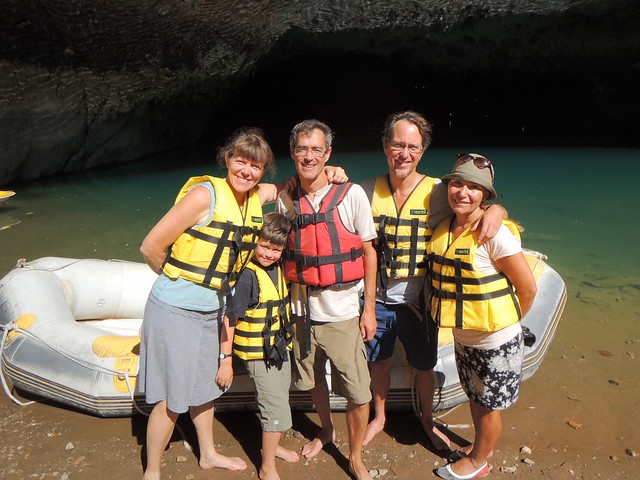 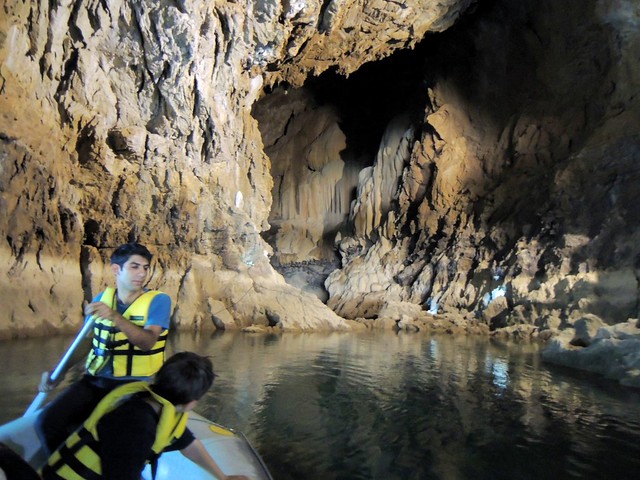 An even more unexpected delight was the Düğmeli Evler, the so-called “Button Houses” of İbradı.  The best ones we saw were in the village of Ormana, and we were even able to go in one restored house that’s been converted into a boutique hotel.  Looks like it’d be a fun place to stay. 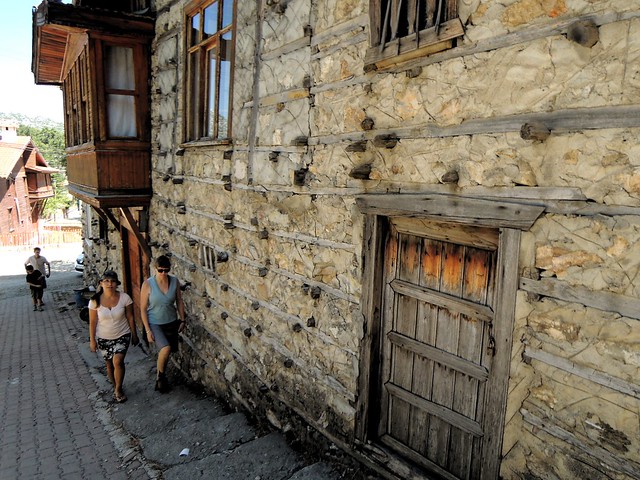 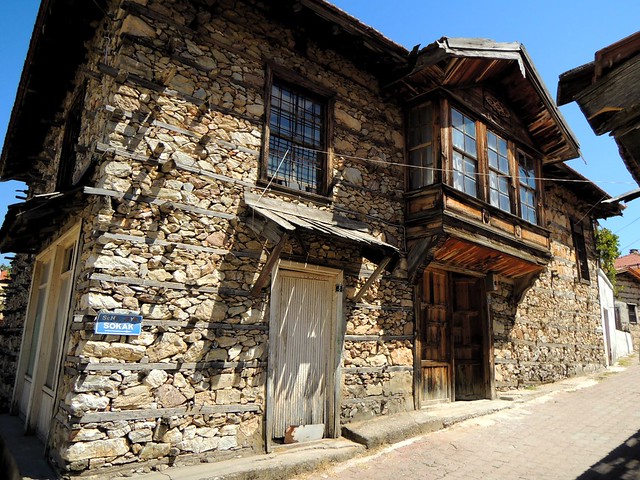 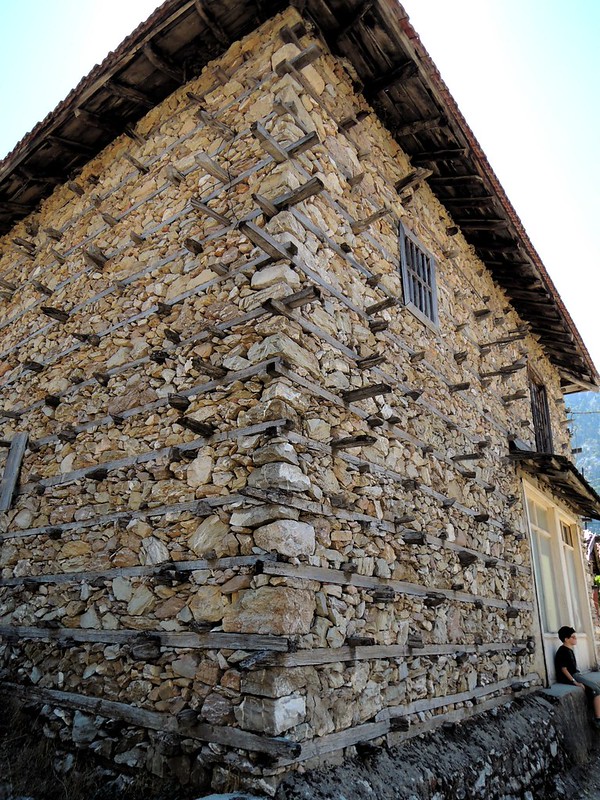 The mountain scenery in this area is quite beautiful, and we managed to find another pleasant campsite, this one at the edge of a creek.  In the morning it wasn’t far to the second Uçansu waterfall (Alara) where Mateo did his best Little Mermaid (Copenhagen) impression.  The water here was stunningly cold. 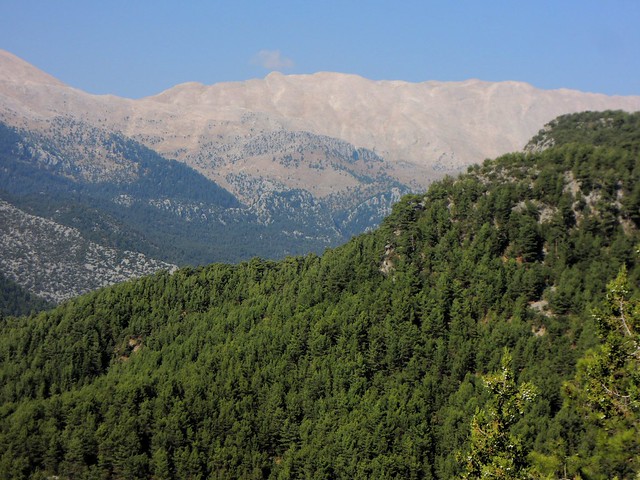 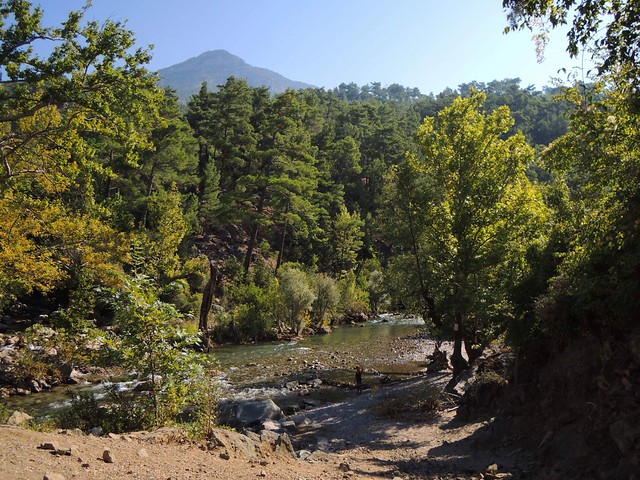 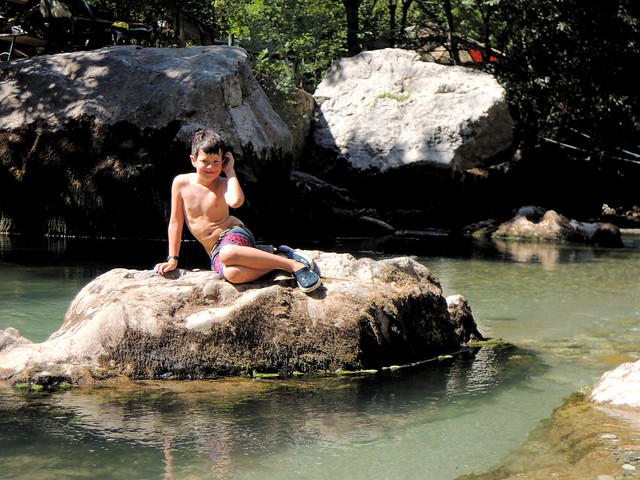 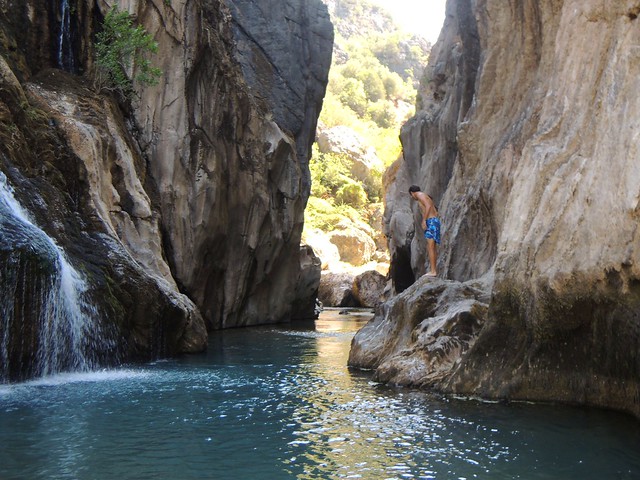 We spent the last night of our short trip in Side, a picturesque ancient Greek city still inhabited today.  Side sits on a small peninsula in the Mediterranean with beaches on both sides.  There are extensive ruins and a good museum. 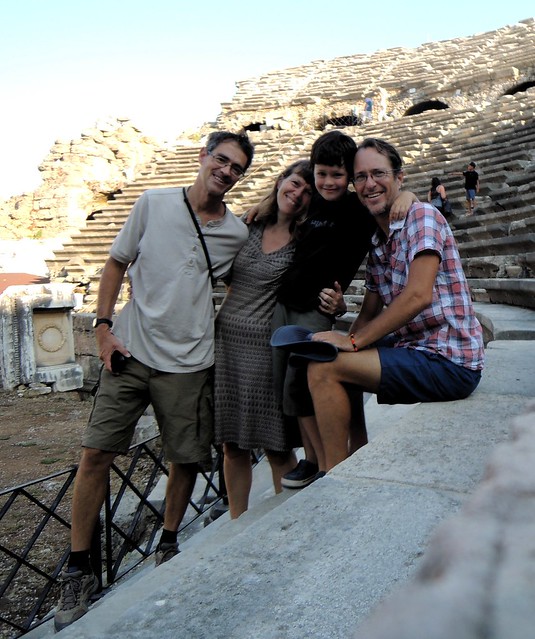 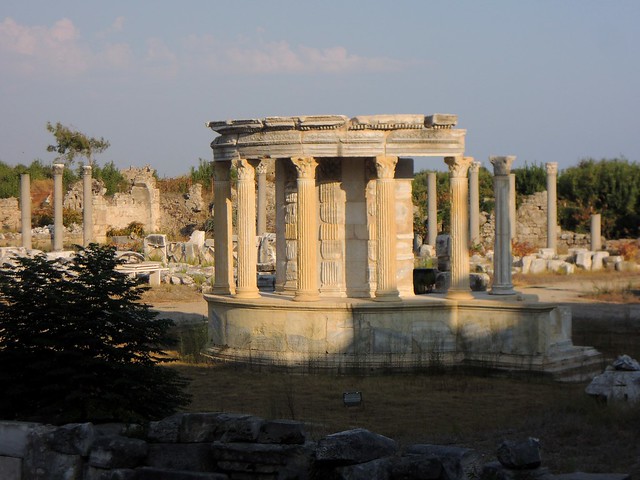 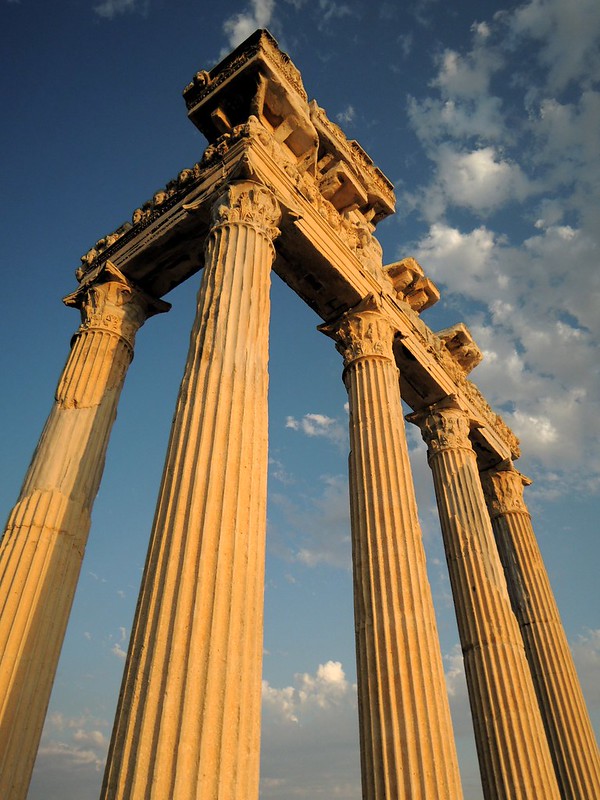 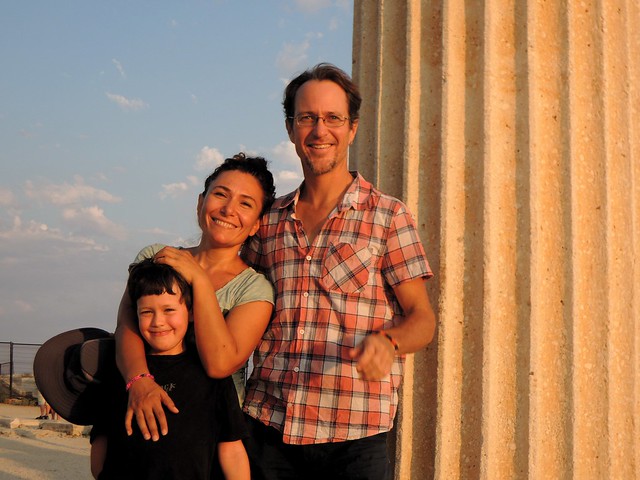 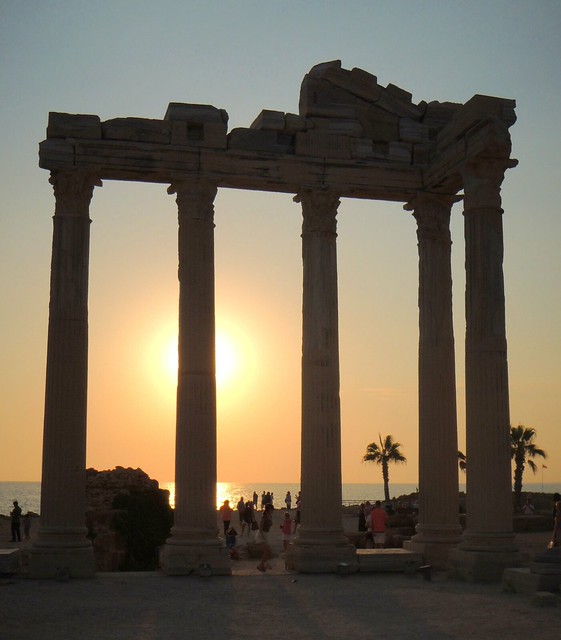 Hey, we miss you guys.  Are you coming back next year?