It seems that the easiest route on any mountain in Turkey is called the “Classic Route”.  In addition to being the easiest, it also tends to be the route that gets climbed the most even if it’s not the best.  We can certainly think of Erciyes and Tunç in that respect: everyone seems to climb the “classic route” even though there are better, more interesting, perhaps more challenging options that wouldn’t take any longer.  That’s part of the herd mentality in Turkish mountaineering.  There’s a reluctance to try anything new and to try anything without a guide. 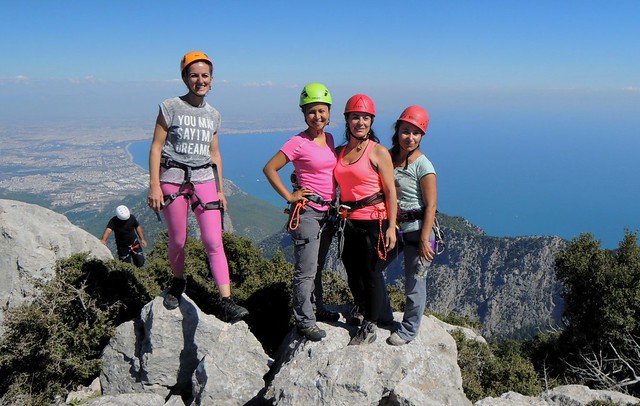 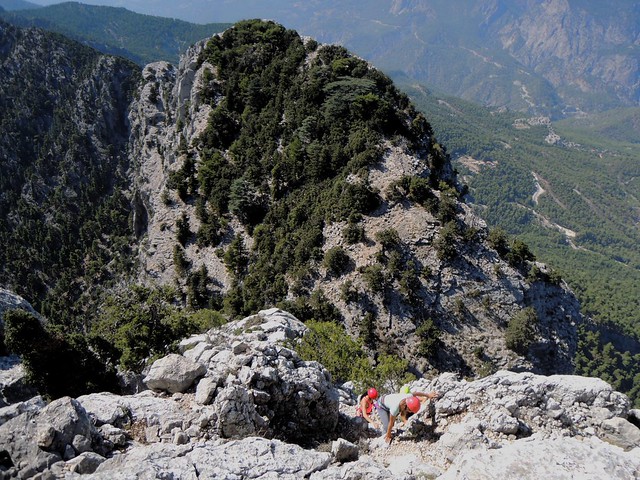 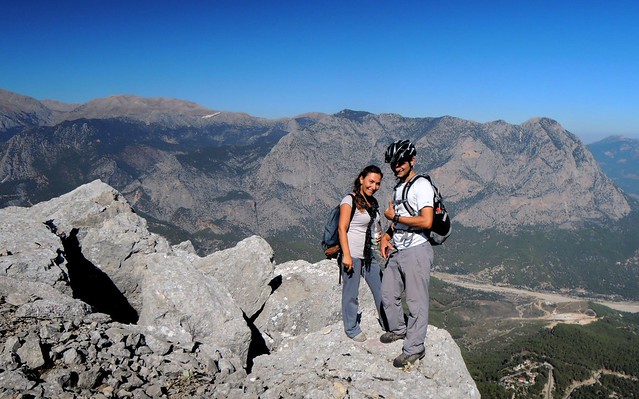 On Sivri Dağı, however, the Classic Route is certainly not disappointing.  I’m not sure if it’s the easiest or even the quickest.  On the ascent there’s one pitch of roped climbing which I haven’t done clean and haven’t led.  It’s easy enough to aid around the crux in hiking boots, but I’d like to go and lead it once with trad gear and rock shoes. 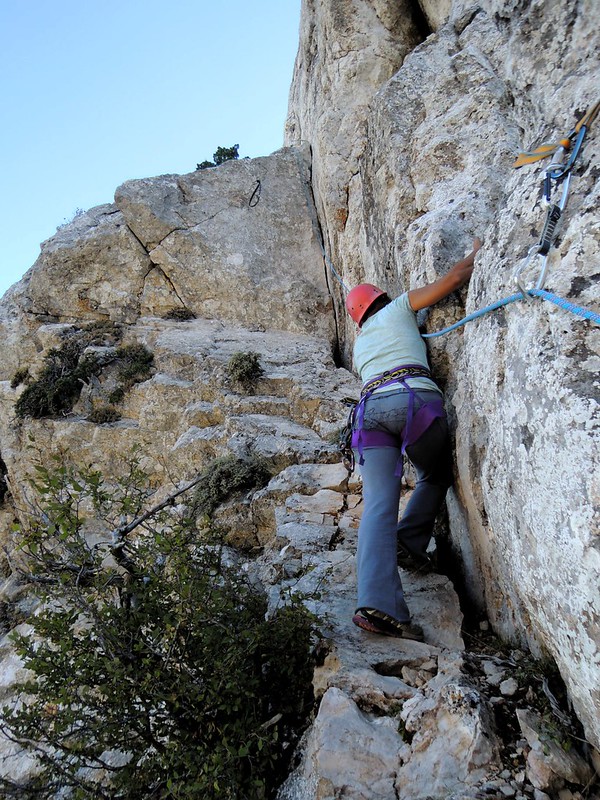 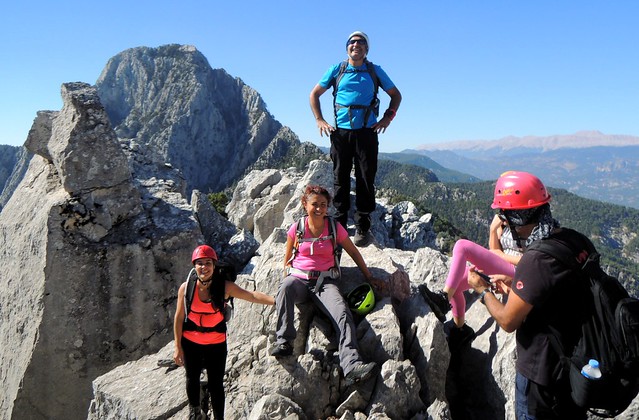 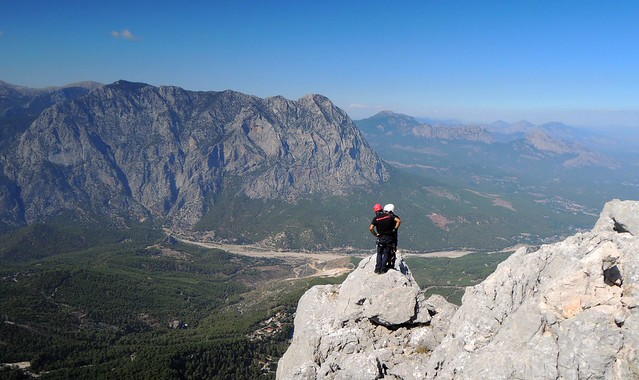 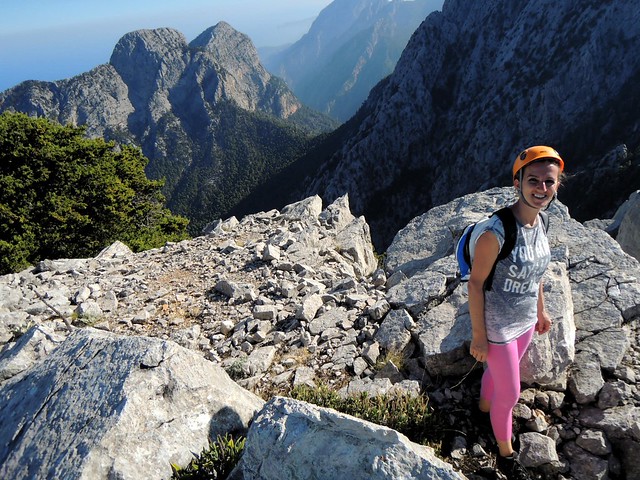 There are two rappels on the descent which goes a little right (looking up) of the ascent route.  We had one rope and 11 people so the rappels took a long time.  Fahri was in charge as usual.  If I were in charge, we’d bring at least two ropes for so many people.  Fahri’s not super experienced with rope work and doesn’t always do what’s fastest.  Turks don’t seem to have any concept of “speed is safety”, something that’s rather important in the predictably bad summer afternoon weather in the Colorado mountains. 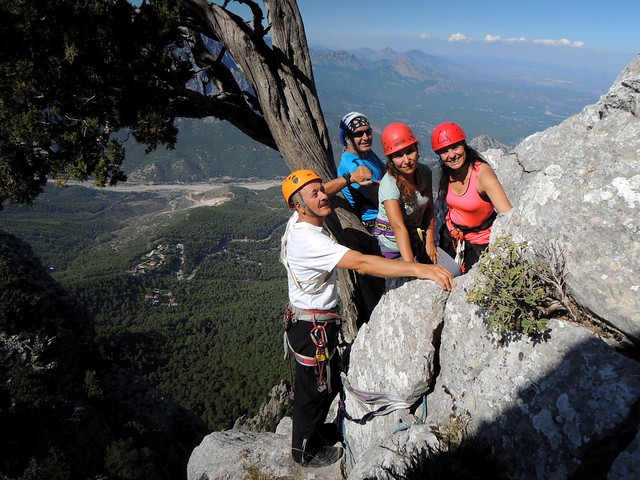 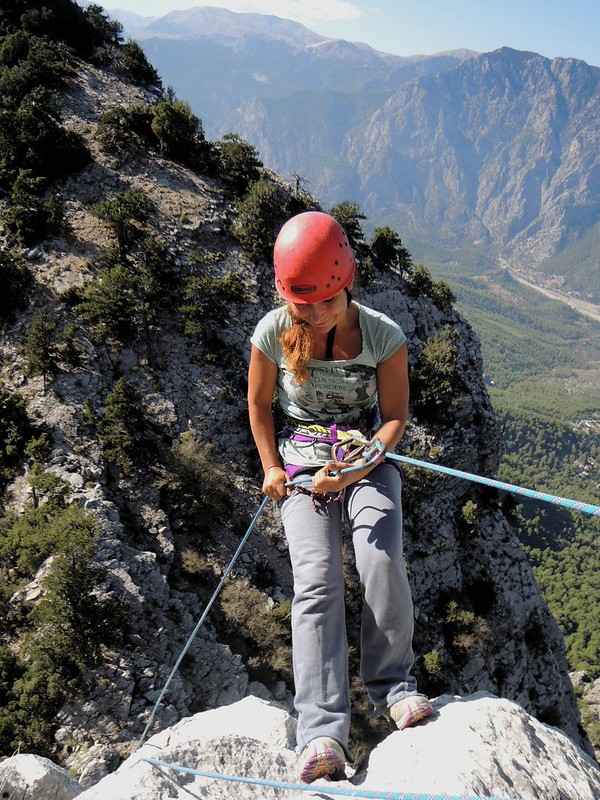 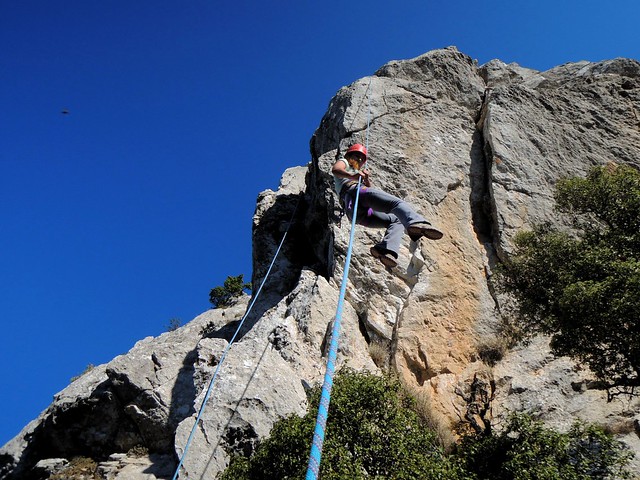 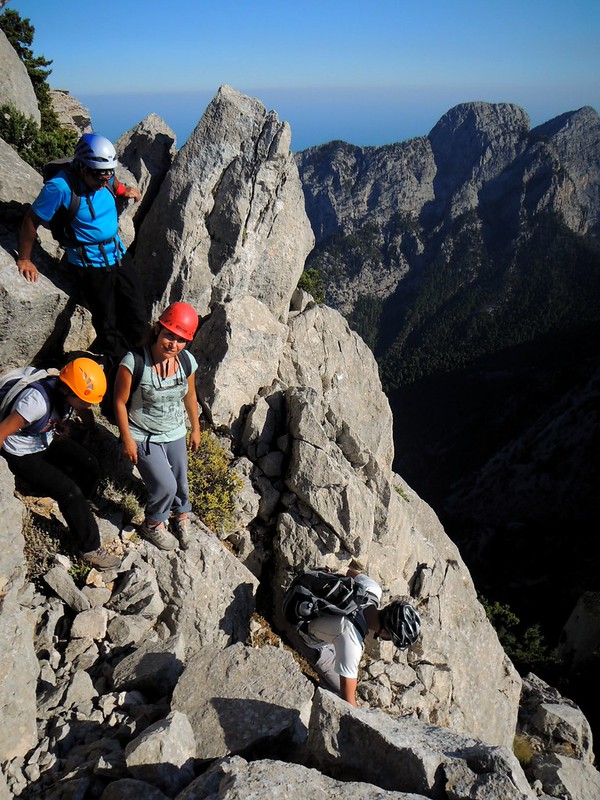 This was Ferda’s first climb on Sivri Dağı, and she loved it.  She’s ready for more and well, actually, went again and climbed the hardest route I’ve done with Sivri Dağı without a rope.  Ferda’s climbing hero (lover?) is Alex Honnold, and she certainly has a higher tolerance than I do for climbing without a rope, but that’s getting into other stories… 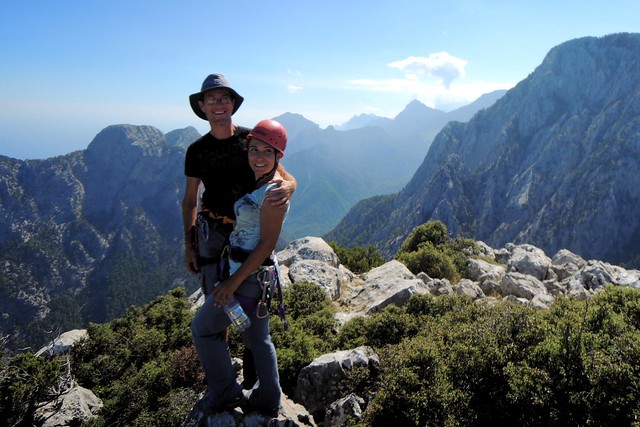 This entry was posted in Climbing, Turkey and tagged Sivri Dağı. Bookmark the permalink.