My first visit to a Greek island was cycling on Chios in the winter about five years ago.  In spite of the cold it was fantastic, making me think that maybe the Greek islands do live up to all the hype.  After cycling five days on Rhodes (Greek: Ρόδος which makes it into Turkish directly as Rodos) a few weeks ago, however, I’m not so sure.

As a cruise ship destination, perhaps it’s fantastic.  In a five-minute walk from the docks, you find yourself in the well-preserved, clean, UNESCO-World-Heritage-Site-designated, medieval city of Rhodes.  I don’t seem to get tired of exploring these pedestrian-friendly, compact towns even while living in one for the last four years.  Compared to Antalya’s Kaleiçi, the old city of Rhodes is larger, cleaner, and attracts far more tourists.  Interestingly, the tourist areas seem to be confined to a few main streets while much of the old city remains residential (unlike Kaleiçi). 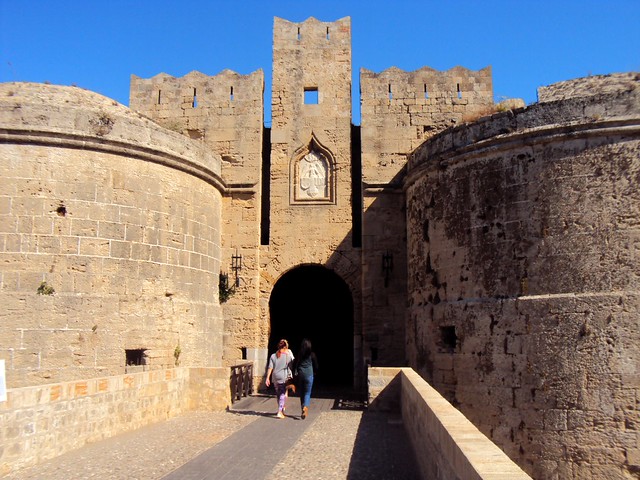 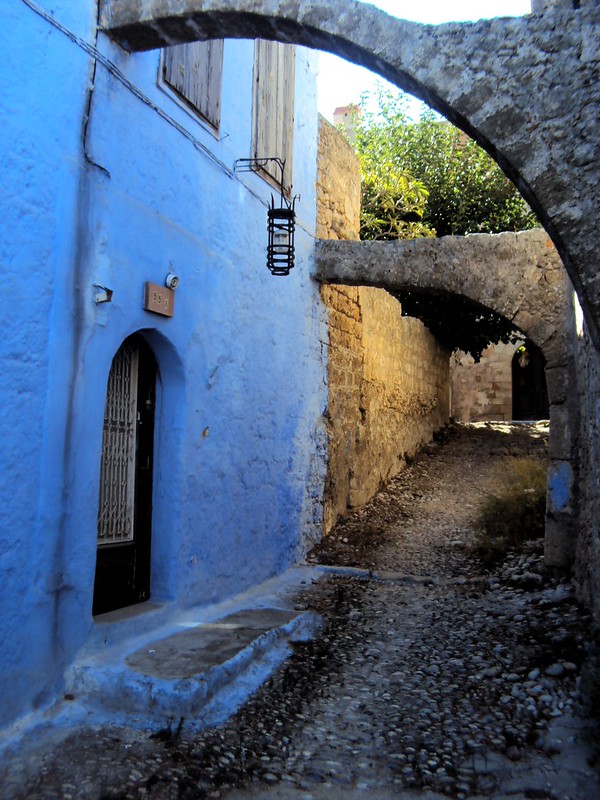 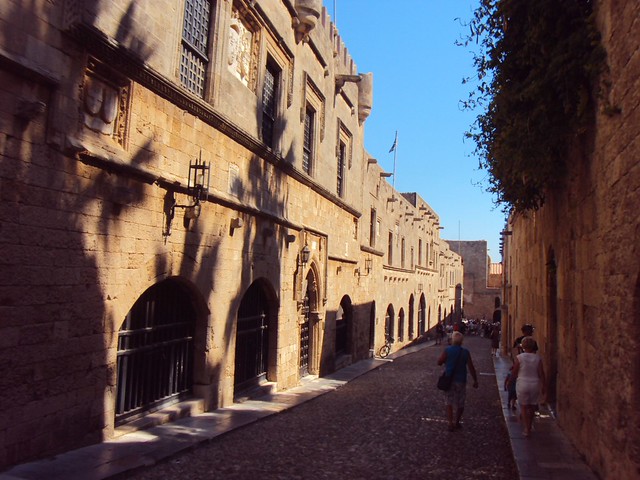 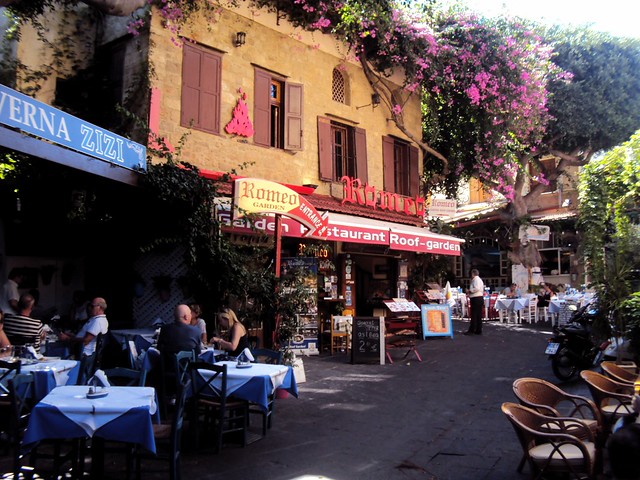 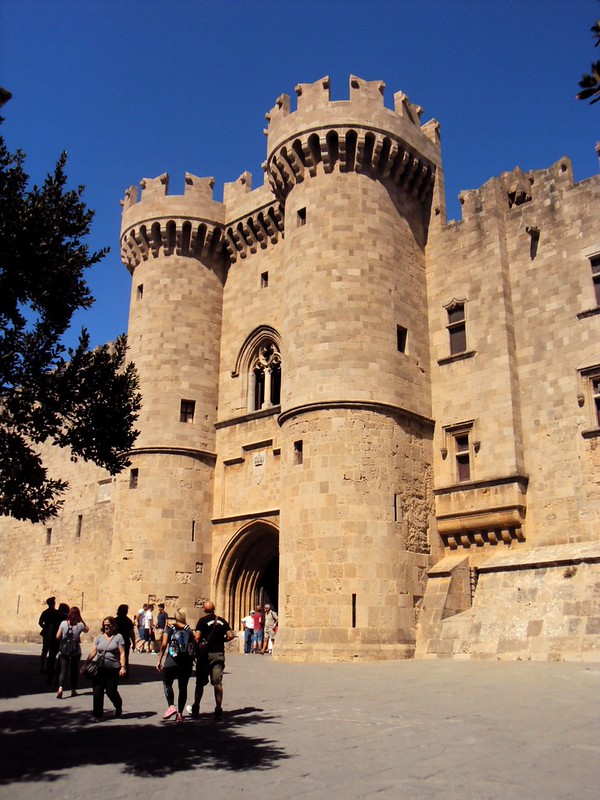 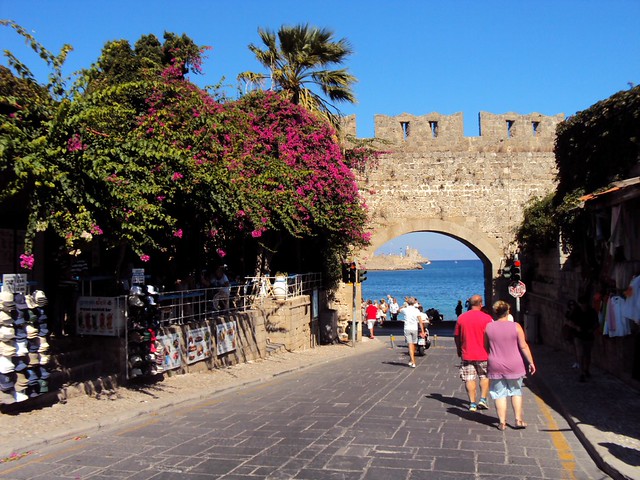 If you only come to Rhodes to visit the medieval city, well, perhaps you’ve made the right choice.  The cycling on the island was rather disappointing — very unlike Chios where the main city wasn’t so interesting but the mountains, beaches, views, and villages were super (and there was little traffic).  Rhodes isn’t so heavily populated, but, yikes, there’s lots of traffic.  Most of this traffic is on the north end of the island, but since that’s where the airport and port are, most people are stuck needing to head both in and out of this area.  The views were rarely inspiring, the beaches had lots of trash, the archaeological sites were crowded with tourists — 6 Euro to visit Kamiros and see a small site with a few old walls.  Compare that to Kibyra (which I described here) with its fantastic stadium and odeon, no people, and no entrance fee! 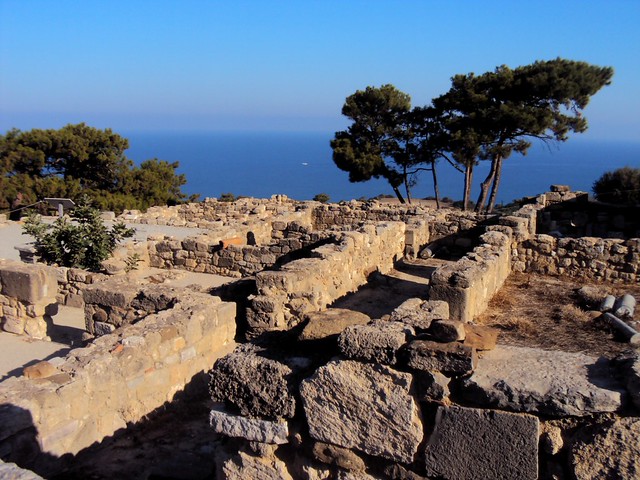 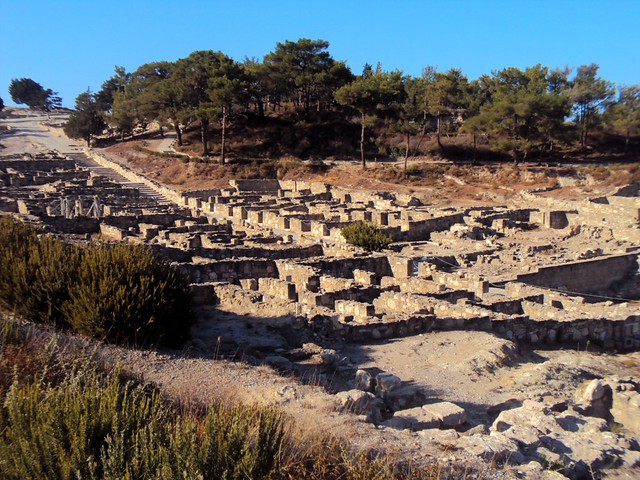 My favourite site on Rhodes outside of the old city was probably the Filerimos Monastery, an old Christian monastery.  Once again the parking lot was full of tour buses, and the entrance is 6 Euro.  I couldn’t help wishing I were back in Midyat visiting the fantastic old Christian monasteries where the biggest complaint was the time taken hunting down the person with the key. 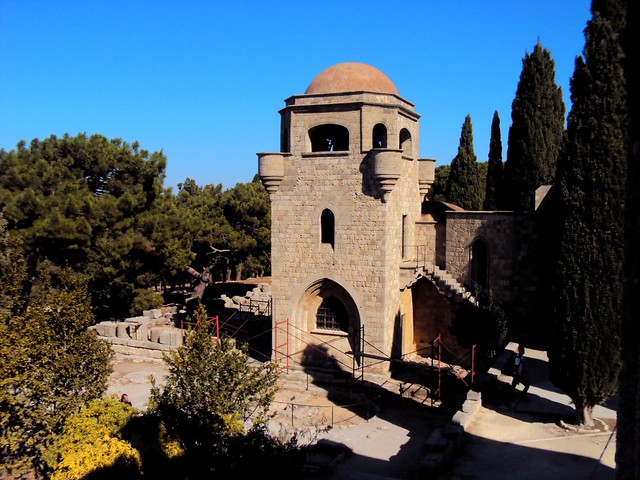 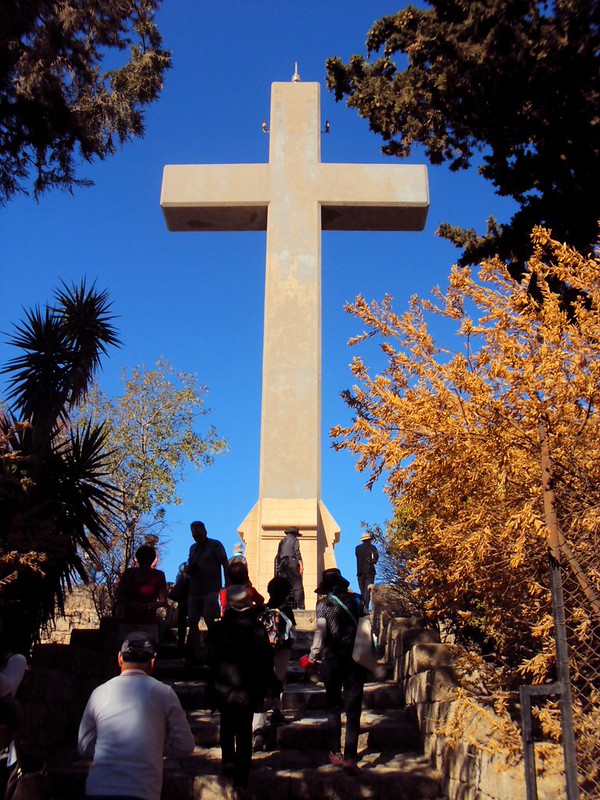 I also enjoyed visiting some of the small, modern Greek orthodox churches that are dotted all over the island.  However, it gets repetitive pretty quickly.  After one or two of these, they’re all about the same. 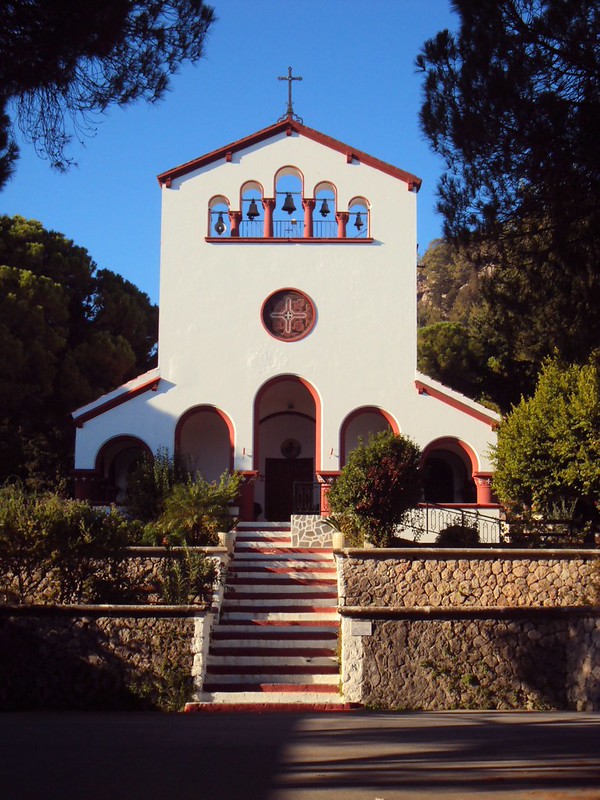 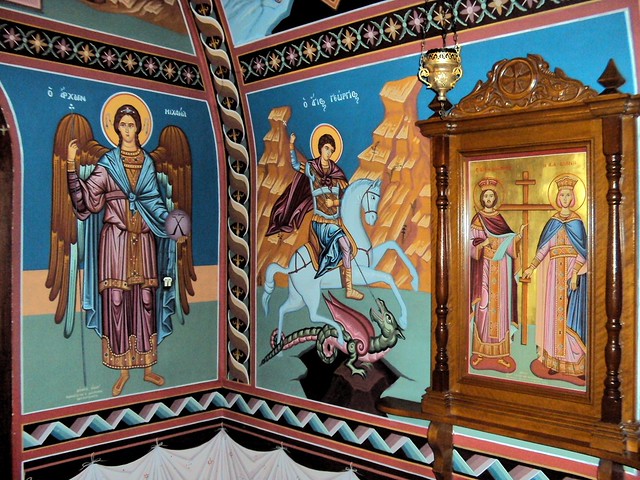 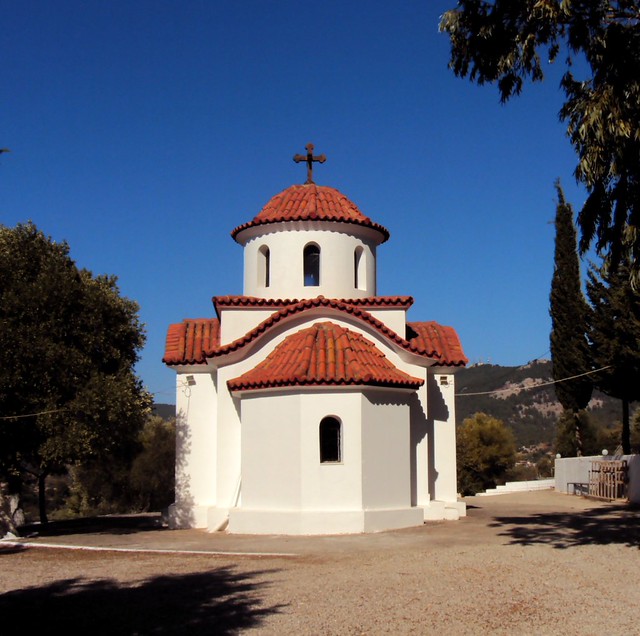 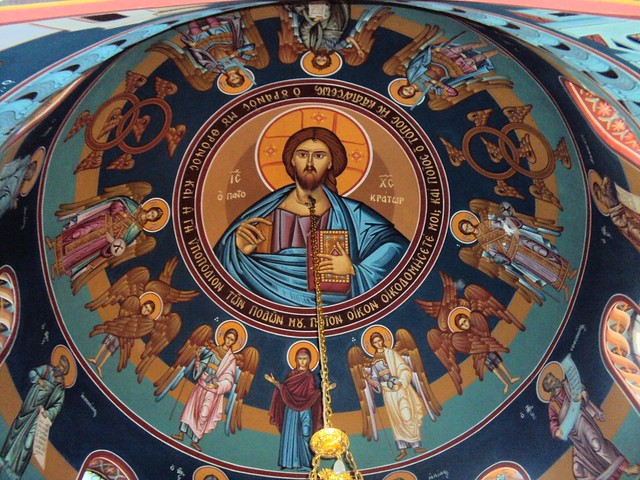 Partly my disappointment was, as Jimmy Buffet says, “my own damn fault” (I’m sure I listened to way too much country twang on my ipod on this trip).  The decision to go to Rhodes was made at the last minute.  Had I visited Lindos, spent a couple days taking kite-surfing lessons, looked up a friend of a friend near the synagogue in the old town — all suggestions from friends, arriving too late —  I’m sure I would have returned with a more positive impression of the island.

It wasn’t all bad, of course.  The highlight was the people I met.  I chatted with a Slovak man working at a beach restaurant north of Skala Kamirou.  He’d been on Rhodes 30 years but had never heard of Fethiye, just 90 minutes away by daily ferry.  He was very excited to hear I cycled through Žilina, quite near his hometown.  Then there was the talkative Albanian worker at a restaurant in the old city, so excited to hear from someone who had visited his country (and cycled through Durrës, quite near his hometown).  And the funnest was a couple of Dutch women, continuously teasing each other.  One was curious to hear about the situation in Antalya since her daughter, who has lived in Turkey for years, couldn’t find work this year in Side due to the lack of tourists.  And her friend?  Well, from Arnhem.  I’ve cycled through her hometown.

Finally, I learned that Greek ouzo is just as good as Turkish rakı and much, much cheaper.  However, if I were looking for Margaritaville, I’d go to Mexico. 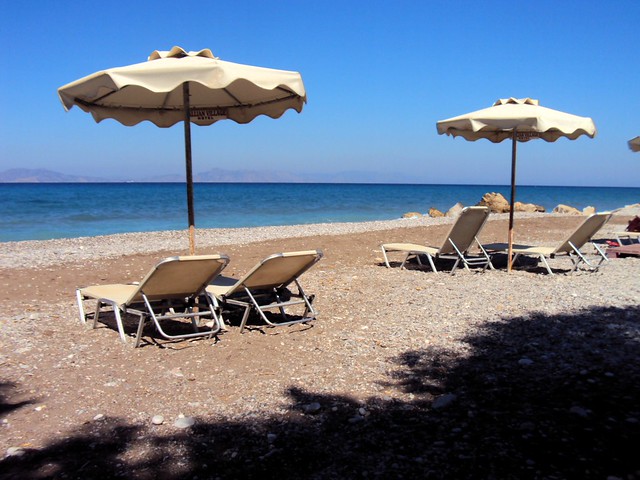 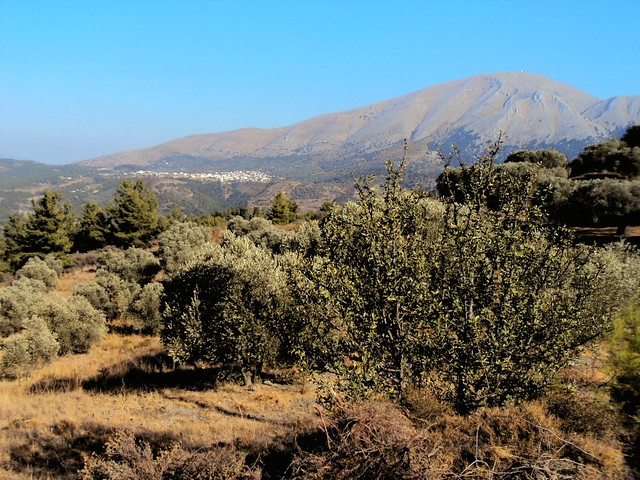 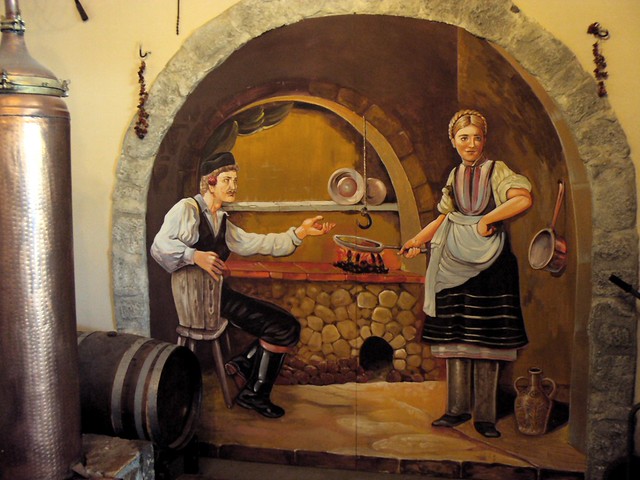 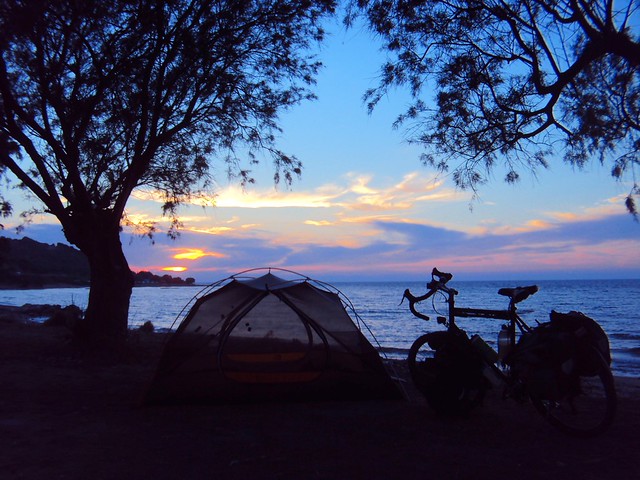 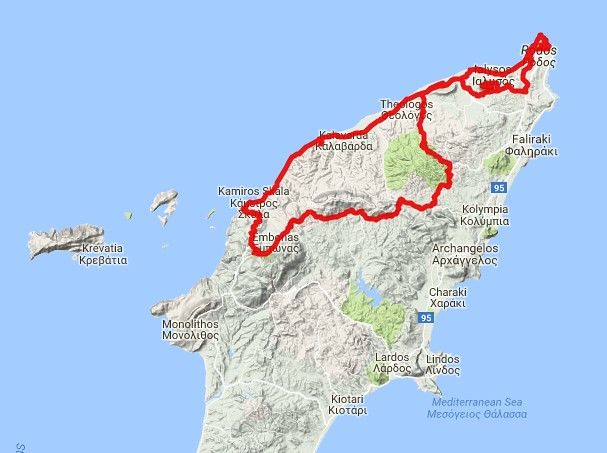