Wow, I really need to go on more bicycle tours.  This was only my second tour this year, and it was great to get out.  I spent about three days riding to Fethiye which was really too fast and five days returning which was super.  I was in a bit of hurry to get to Fethiye to get a ferry to Greece before my permission to stay in Turkey expired.  I did cycle for a few days on Rhodes, but I’ll save that for another post.

The climb out of Antalya was impressive.  I went through Sinandeğirmeni, Güzle, and İmecik Yaylası, then over the pass to İmecik, mostly roads I had never been on before.  After Güzle the paved road is stunningly steep.  Past İmecik Yaylası the dirt road tops out at about 2150m, the highest pass I know of near Antalya.  I camped just before dark. 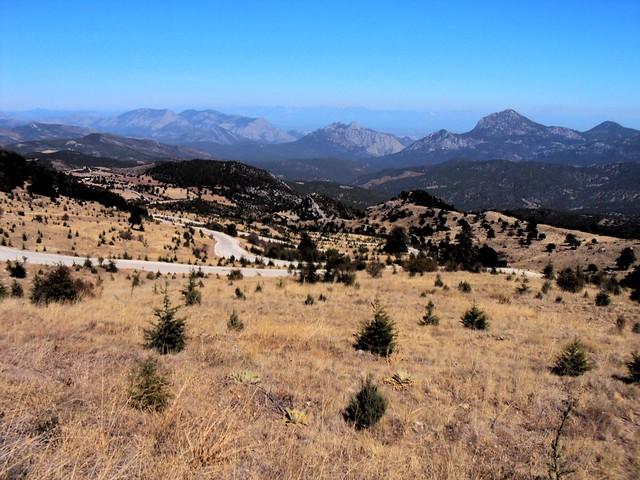 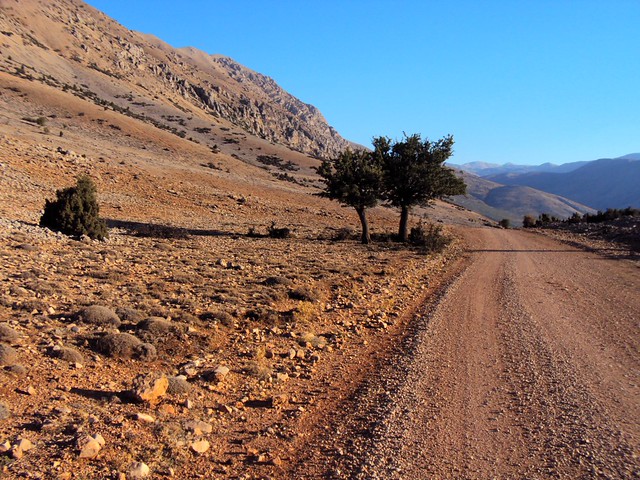 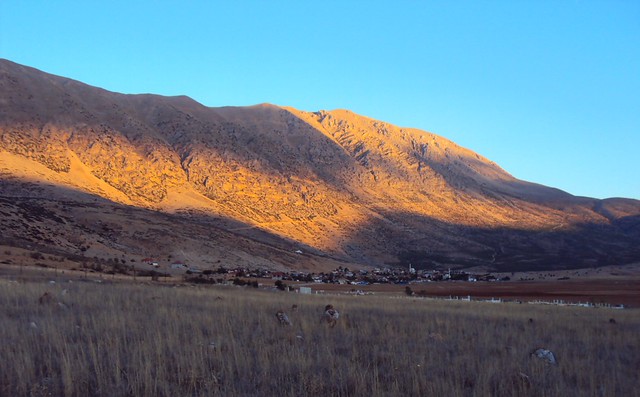 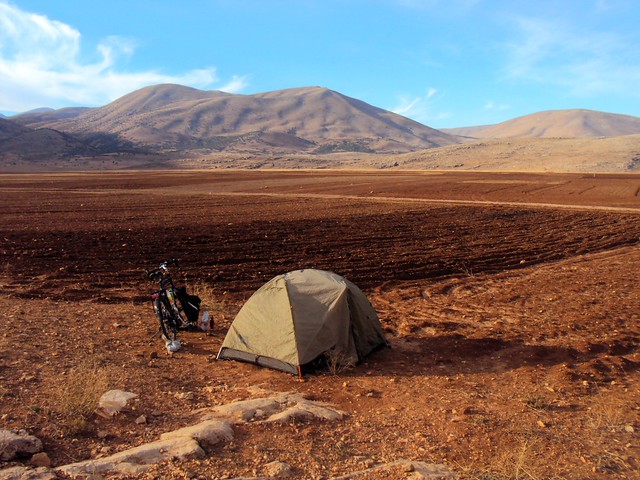 The following day was too long as well.  I spent the late afternoon climbing the brilliant Göğübeli Pass, an 800m climb from Elmalı.  That pass starts out deceptively easy, gets steeper through the middle, and then I was walloped by the final 3km — a 10% grade according to the sign, but sections of it must have been more.  I highly recommend that ride.  It was one of the best paved passes I’ve ridden in Turkey.  Again I camped just before dark. 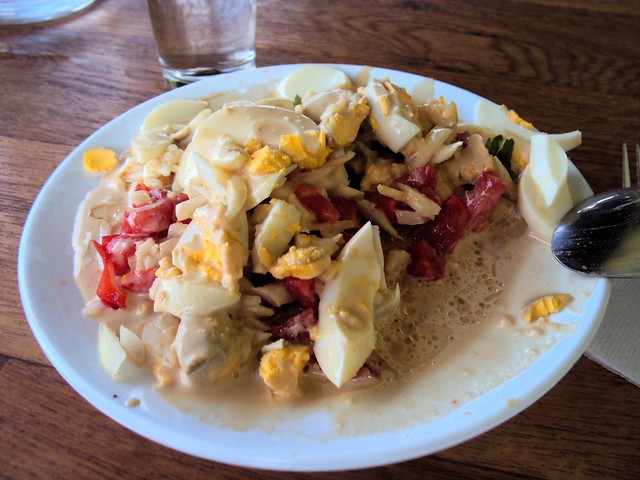 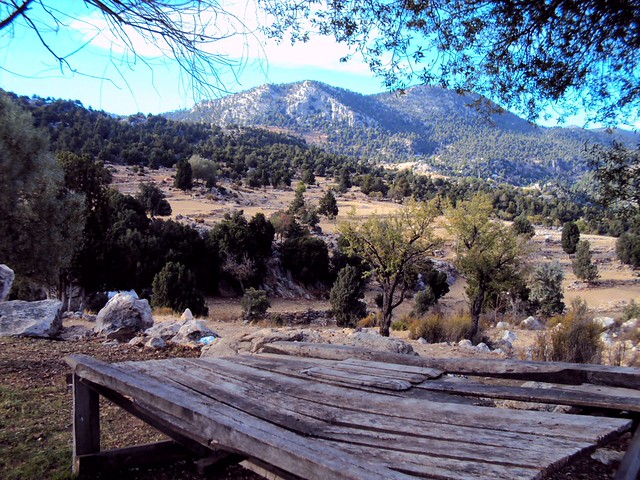 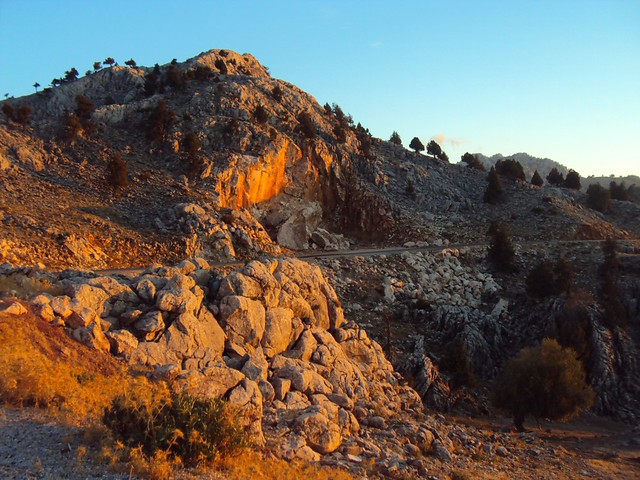 With these two long, hard days, I made it to Fethiye on time.  It’s a super city, situated on a bay on the Aegean and surrounded by high mountains.  I can see why a lot of foreigners chose to settle there.  I didn’t even spend a full day there, but from my quick first impression, it could be the nicest city I’ve seen in Turkey.  It didn’t hurt that Ferda’s best friend’s husband’s parents treated me so well while I was there. 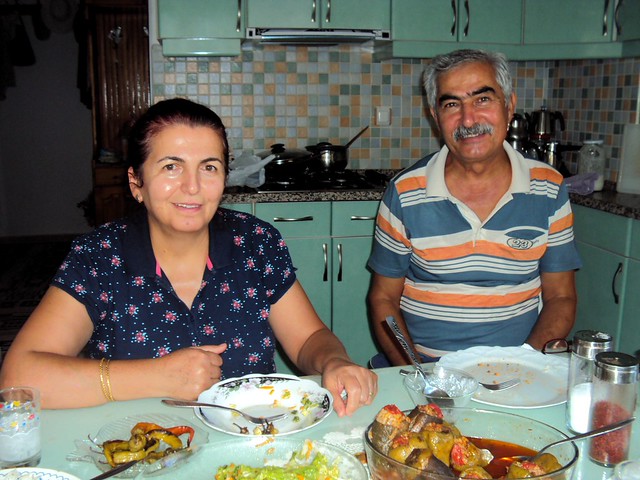 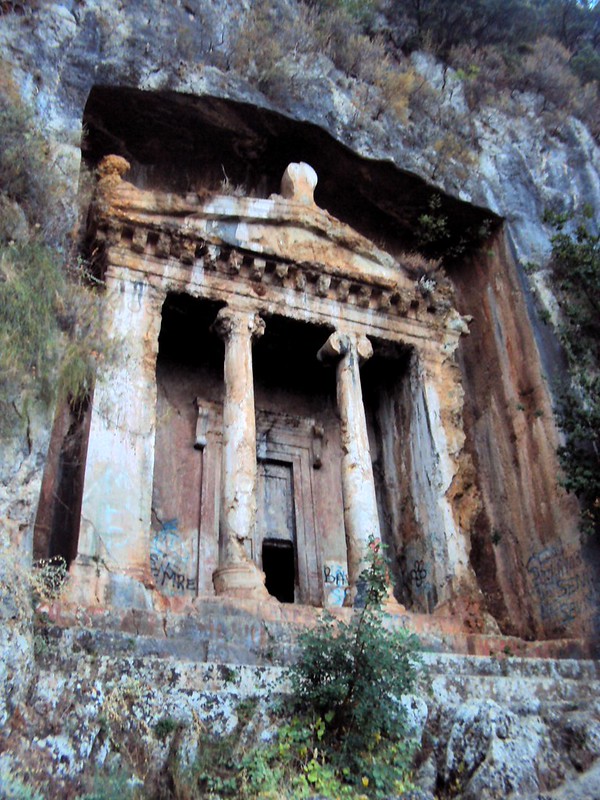 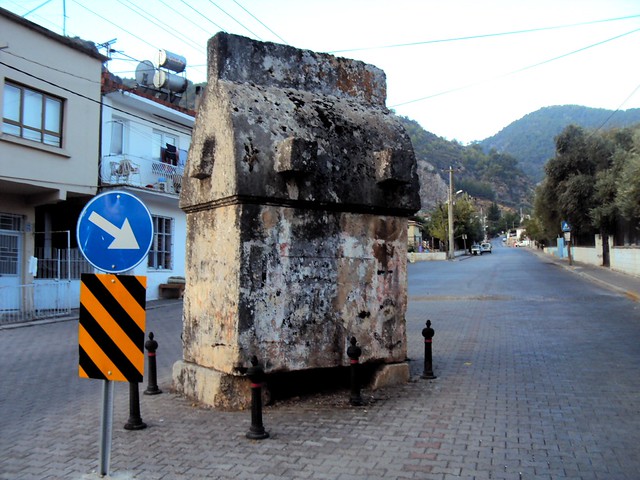 Thankfully I was able take it easy on my return trip from Fethiye to Antalya.  I saw a couple terrific old Roman cities, Kadyanda and Kibyra, rode some more fun passes, and was reminded how generous village Turks are.  In İmamlar the man who I stopped to ask directions then asked me a few questions about the US involvement in WW2.  What did Japan do that made the US decide to drop the atomic bombs on Japan?  Did Japan ever attack the US again?  I explained a little bit about the war in the Pacific, and then he wouldn’t let me go without sending me off with a bag of walnuts and another bag of apples. 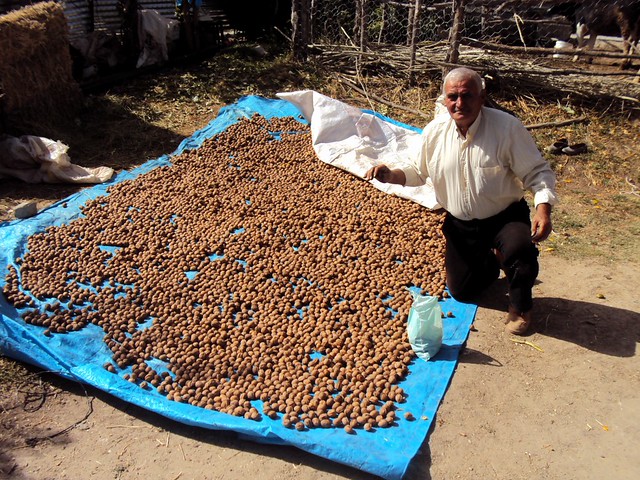 Further on in the same village I came across a bunch of women making a giant pot of aşure, a wheat and bean porridge full of apples, pomegranate, nuts, and dried fruit.  I don’t know if other Islamic countries make aşure, but in Turkey it’s quite popular to make aşure in the month of Muharrem and give it to friends, neighbours, or anyone you run into.  I was given some when I was waiting at a bank a couple years ago, for example.  Obviously, it’s full of energy — great food for bicycle touring.  They certainly filled me up. 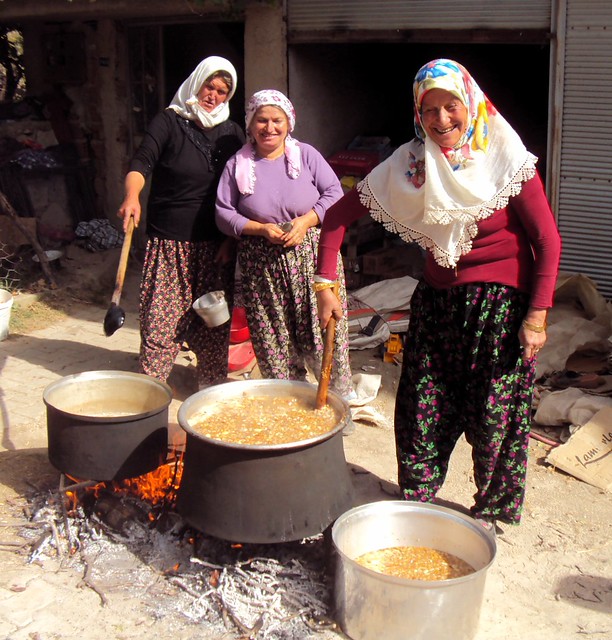 In the evening of the same day I was invited for dinner as I passed through Uylupınar.  A young bride from the village exclaimed, “wow, there’s a tourist here!”  I stopped and chatted, ate plenty of dinner, and really had to insist that I didn’t want to spend the night at their house.  It’s hard to explain that I’m very comfortable in my tent and probably won’t sleep very well in a strange house surrounded by people I don’t know where it might be too hot, too cold, too buggy, whatever.  Sounds like I’m not very adventurous.  I guess I paid the gods for my refusal of their hospitality as I got a flat tire wheeling off the road into my nice campsite that night. 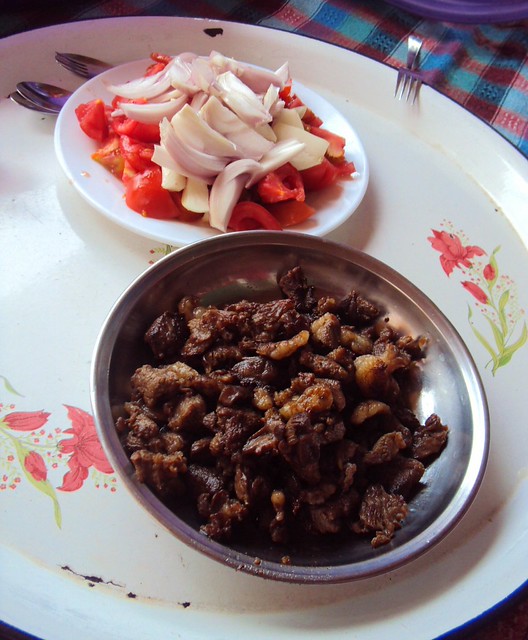 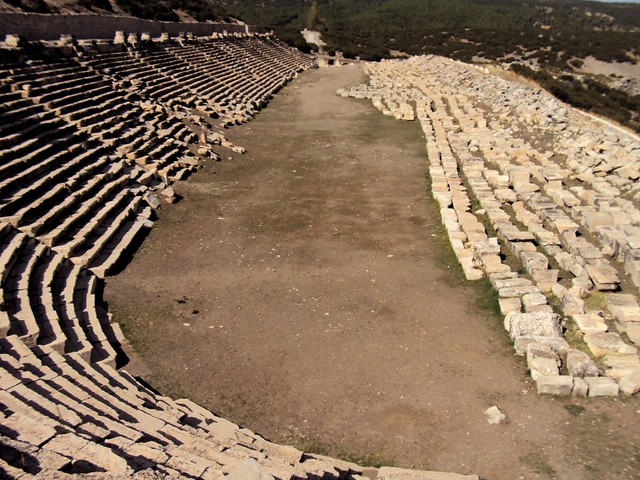 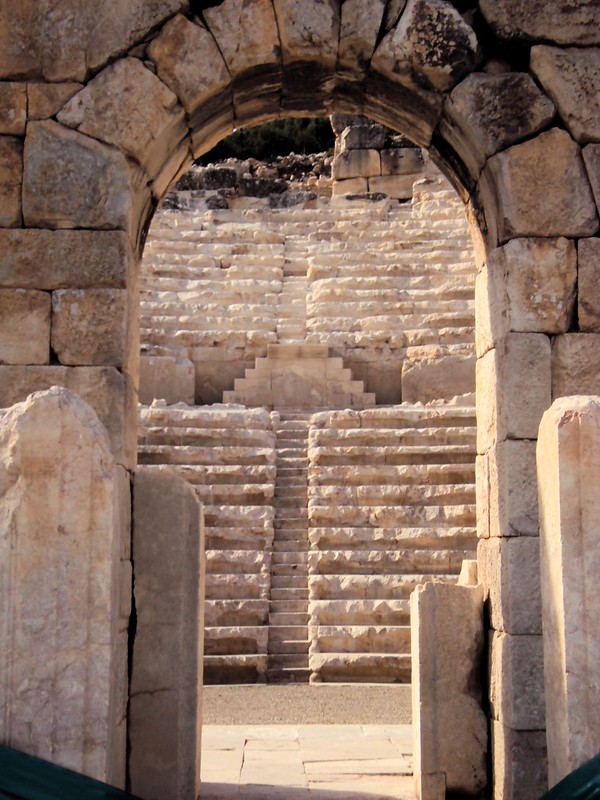 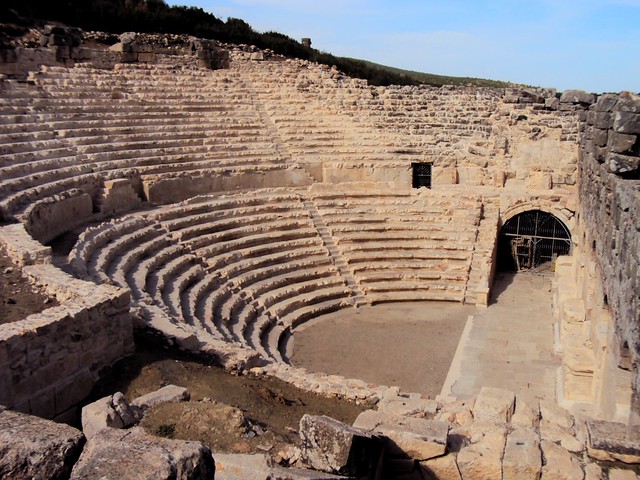 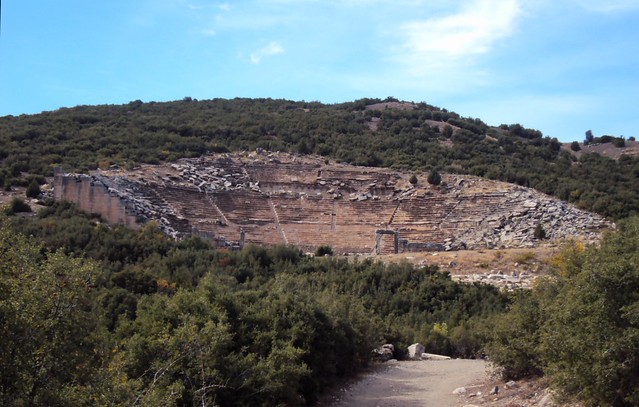 With 10,000m of climbing on this 8 day trip, I was certainly surprised that the hardest climb was a little 350m hill leaving Çavdır Gölü (a reservoir in spite of the name) heading east to Söğüt.  It’s the innocuous-looking climb starting at kilometer 400 on the elevation chart I’ve put on this page.  Steep dirt into a terrific headwind.  I figured at that rate I’d never make it back to Antalya, but the road changed direction in Söğüt, the headwind became a tailwind, and I sailed passed Kortuteli, covering five times the distance that I’d done in the morning in half the time.  With a little tailwind it’s pretty easy to convince yourself you’re a strong rider. 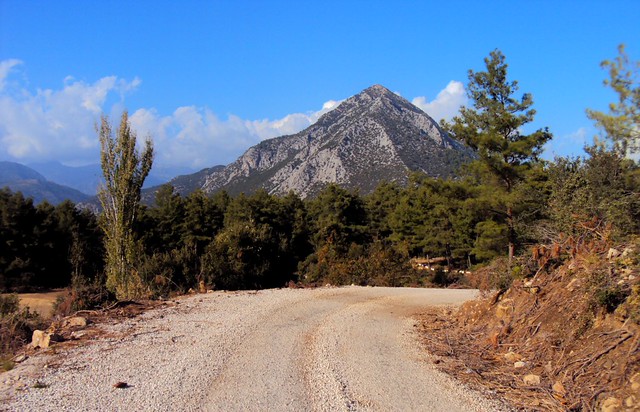 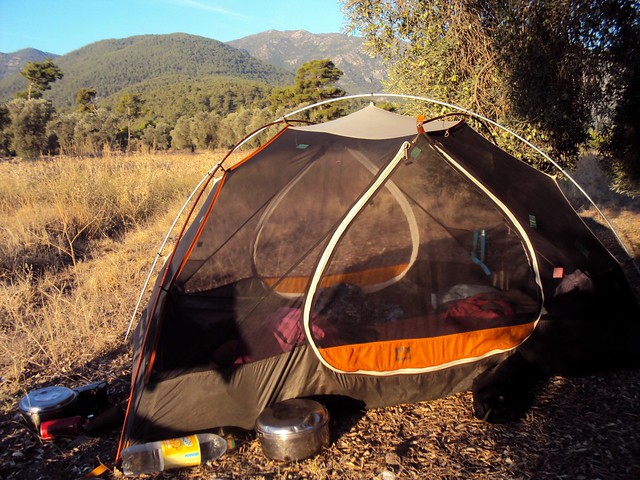 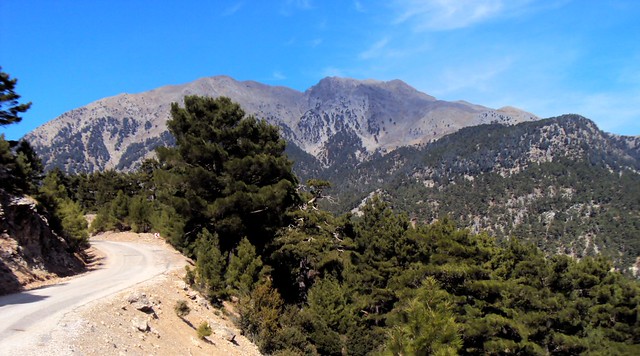 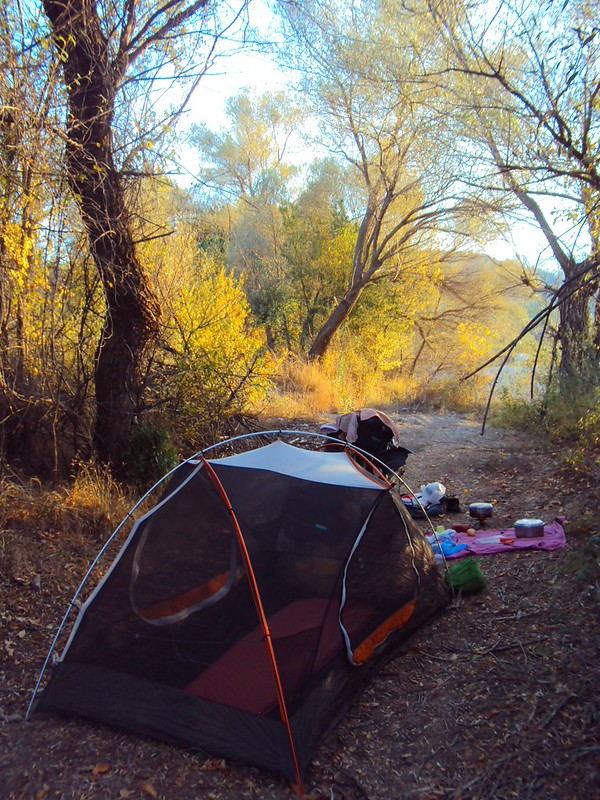 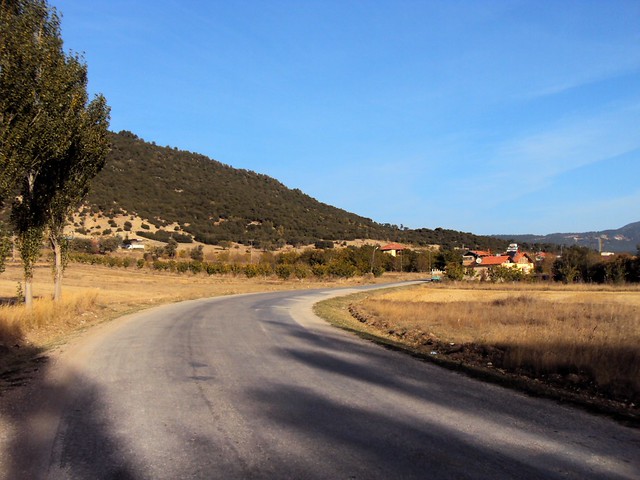 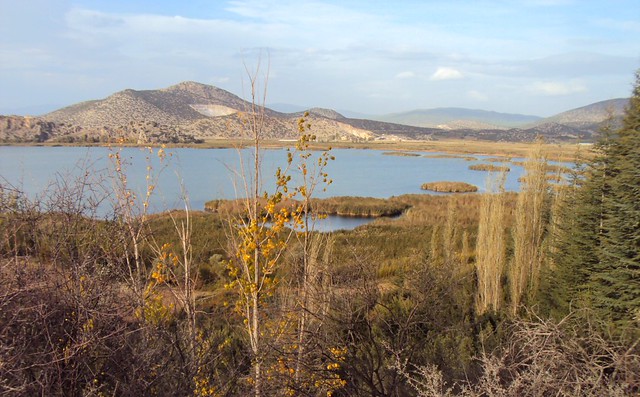 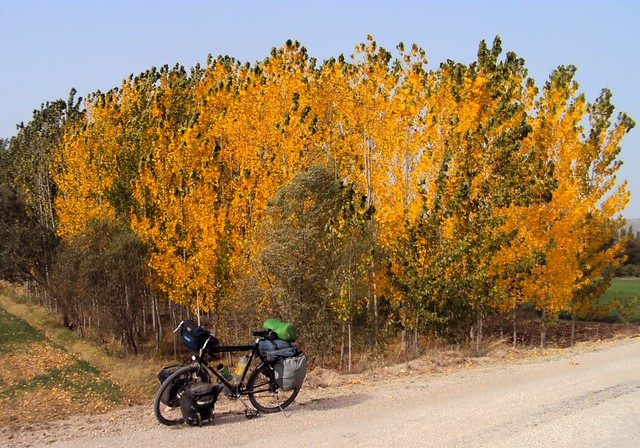