Christmas and New Year in Hannover

Our plans in December and January seemed to change every week, and in the end we had some free time around Christmas and New Year.  One day Ferda and I were chatting with Yasemin when she suggested we go to Germany together for Christmas and visit the famous Christmas markets.  It was a joke/dream more than anything, but Yasemin got online, checked tickets, and it was only 100 Euro round-trip, Antalya-Hannover!  Well, that’s crazy.  I don’t see how the airlines make any money.  In the end, Yasemin couldn’t go because she didn’t have a Shengen visa or even a passport.  Ferda and I, however, jumped on those tickets and visited our friend, Bilge, in Hannover. 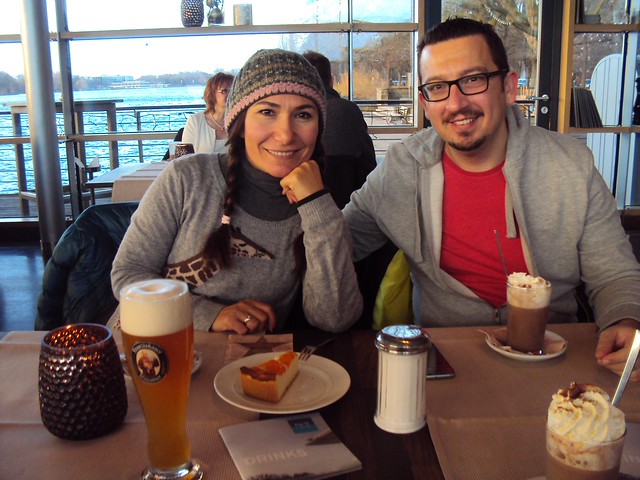 On our first evening in Hannover we headed straight to the Christmas market in the old city (altstadt) because it was the last evening for most of the Christmas markets in Germany.  We arrived just a couple days before Christmas, just a day or two after some maniac drove a truck into one of Berlin’s Christmas markets. These Christmas markets are sort of wintertime art and crafts fairs with lots of food and of course plenty of mulled wine (glühwein).  It was fun to see so many people out enjoying the city in spite of the cold and a terrorist attack on another market a few days earlier. 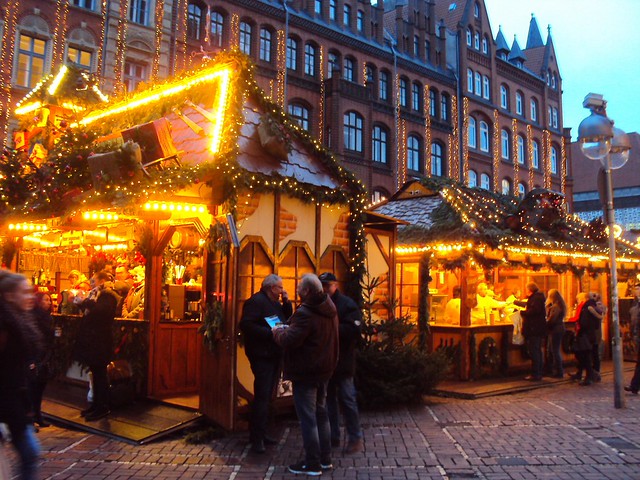 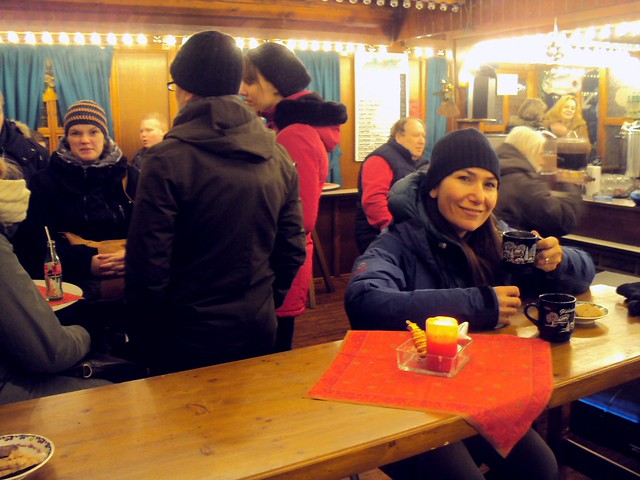 At the Christmas market we ate pork on a stick — a German thing, I guess — but we also ate sushi at least three times during our week in Hannover.  It’s not that Hannover’s so renowned for its sushi, but it’s better and cheaper than what we get in Antalya so we took advantage of the opportunity. 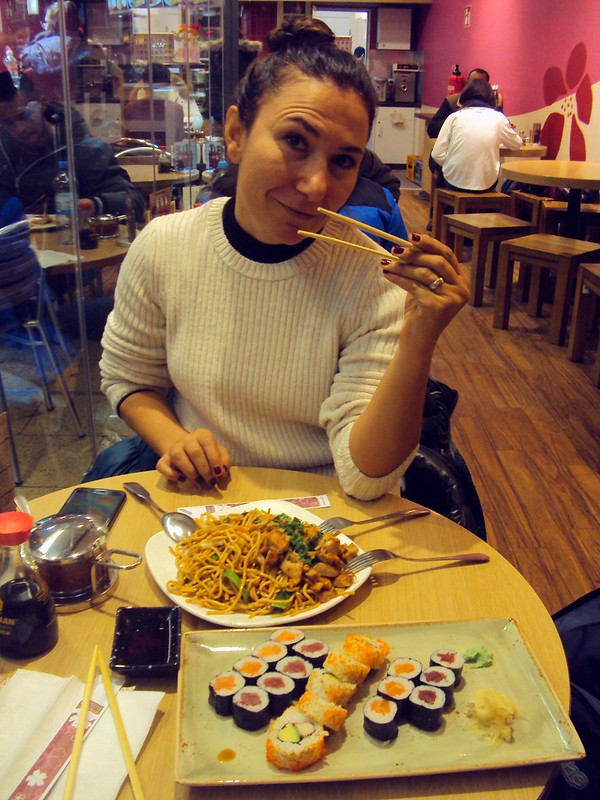 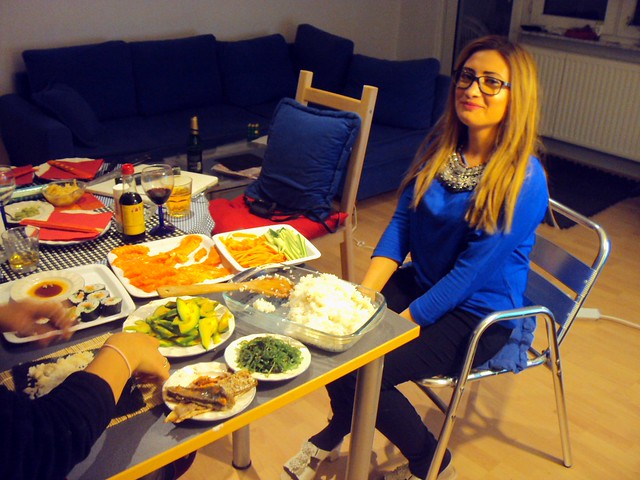 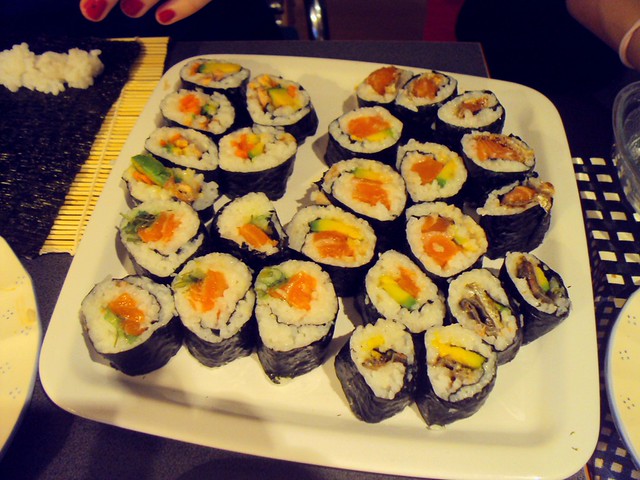 Markthalle was a fun place for dinner and drinks: 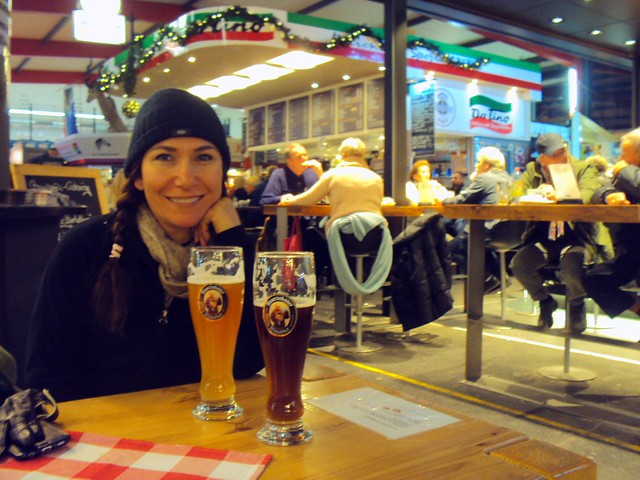 As a further contribution to the German economy, we bought a bicycle for Ferda in Hannover.  We had been looking for about a year in Turkey and not once was Ferda able to test ride a bicycle.  The few times we did find appropriate bicycles, they never had her size — even in İstanbul (our local shop phoned them many times for us).  During our first day looking for a bicycle in Hannover, Ferda rode at least six different models, every one of them in her size.  It’s actually quite great buying a bicycle in Germany.  There were so many choices, well-equipped and ready-to-go, with dynamo hubs powering the back and front lights, rear racks, fenders.  I remember years ago Megan wanted a city bike in Boulder — same thing: lights, fenders, a rack for carrying stuff.  Even in “bicycle-friendly” Boulder it’s hard to find such a thing.  The more I visit Germany the more I like it.  And the price?  Cheaper than in Turkey including the extra expense of getting the bicycle back here. 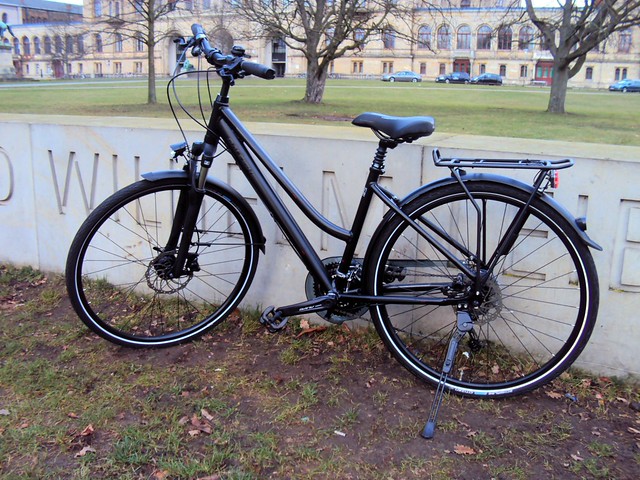 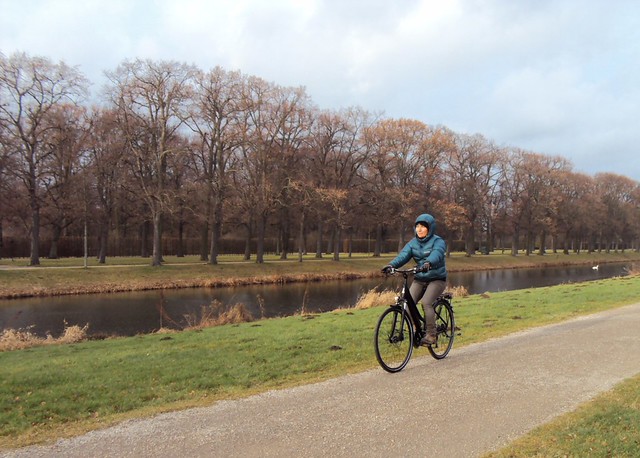 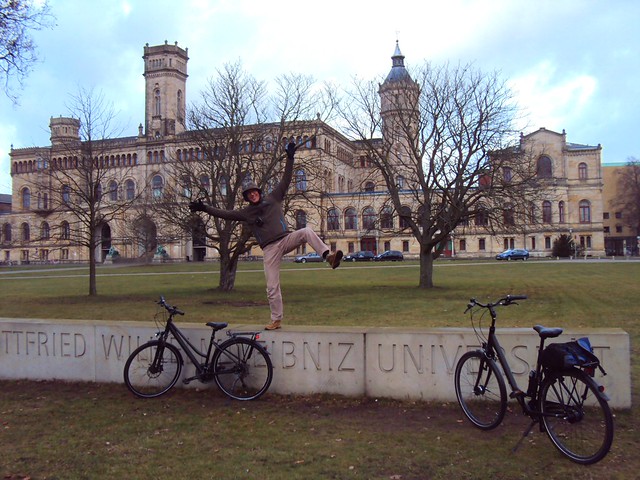 Oh, we were good tourists too.  Here are some of Hannover’s sites.  Maschsee: 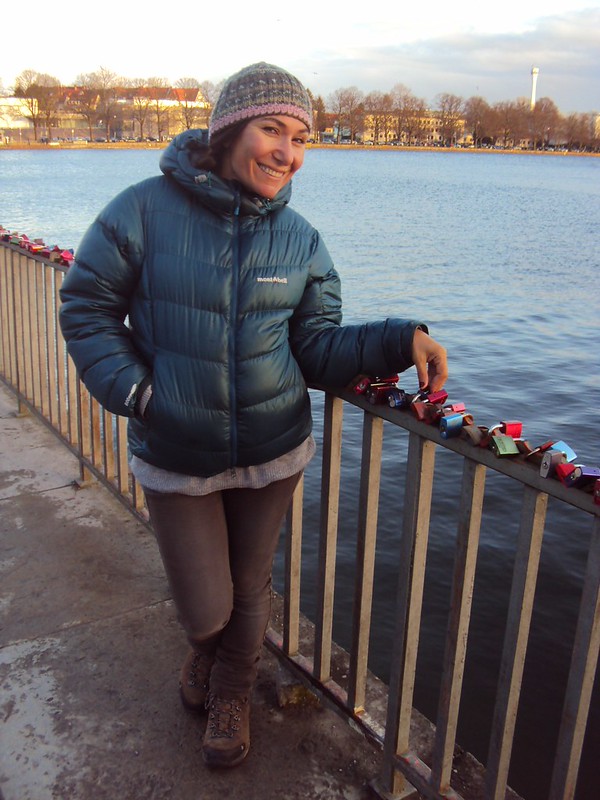 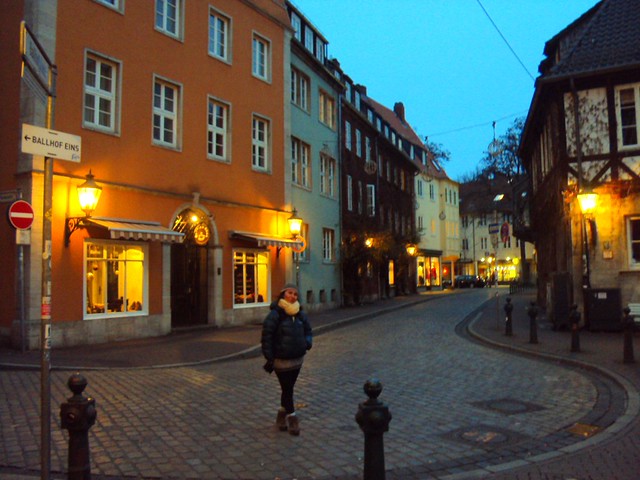 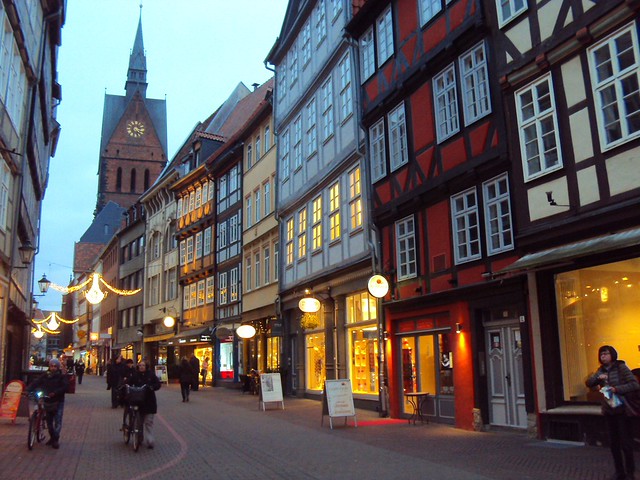 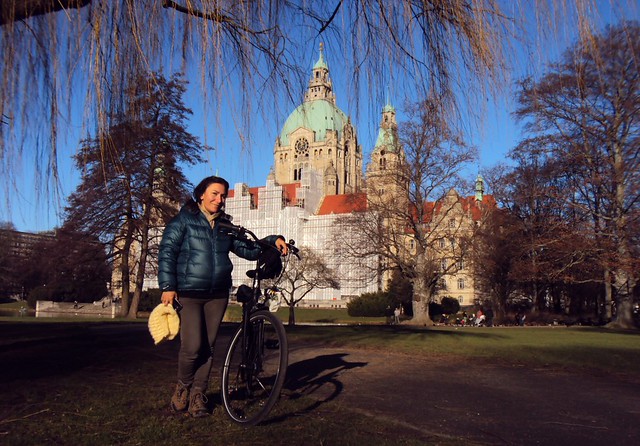 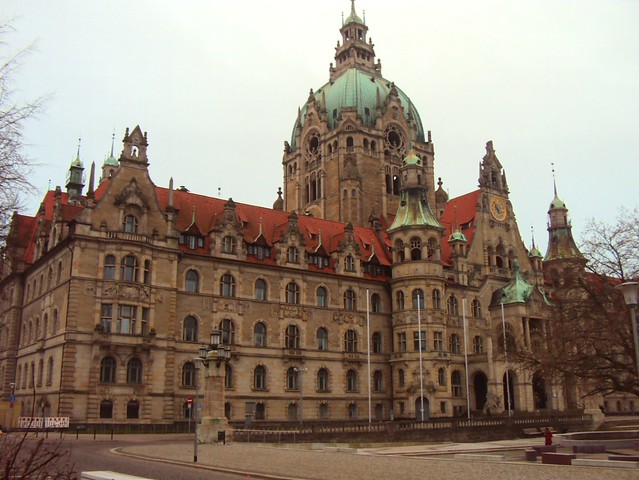 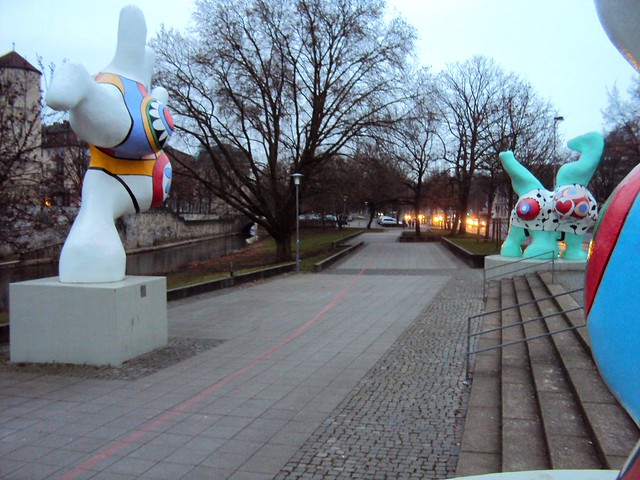 and finally this one that I’m not able to figure out.  It’s not the origin of the mountain biking term “baby heads”, is it? 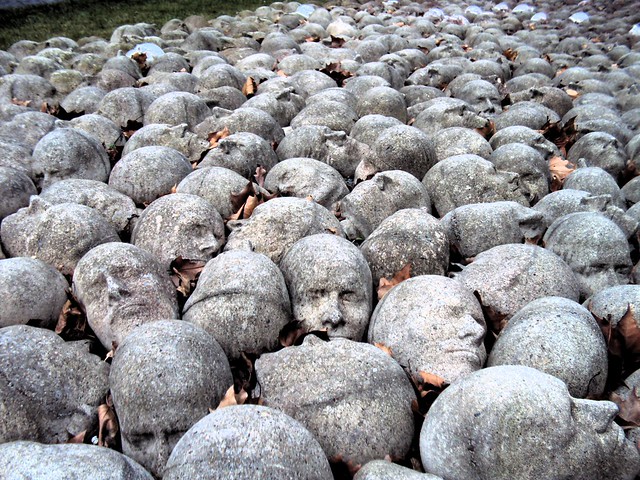 This entry was posted in Germany, Traveling and tagged Hannover. Bookmark the permalink.