A few fun days in Berlin with Ferda and Antje

During our week in Hannover, Ferda and I lucked out with surprisingly warm weather for December.  In Berlin, however, we found the cold.  Here are Ferda and Antje, braving the cold to visit this outdoor museum: 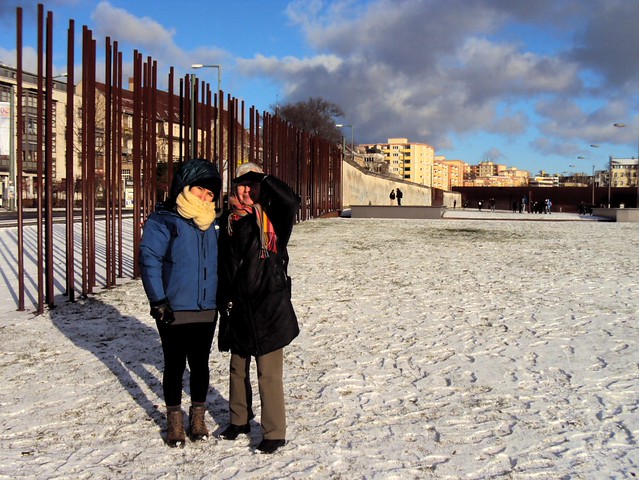 Don’t be deceived by the sunshine.  After about 20-30 minutes wandering around that site, we were happy to get inside and have something warm to drink.

This was my 4th visit to Berlin.  I’ve always stayed with Antje, and she’s always managed to point me in different directions so that I see new attractions every time.  The exception is the Greek restaurant near her house.  I’ve had dinner there three times in the last seven years.

This was Ferda’s first time in Berlin so we wandered around some of the highlights like the Reichstag, Brandenburger Tor, and Berliner Dom. 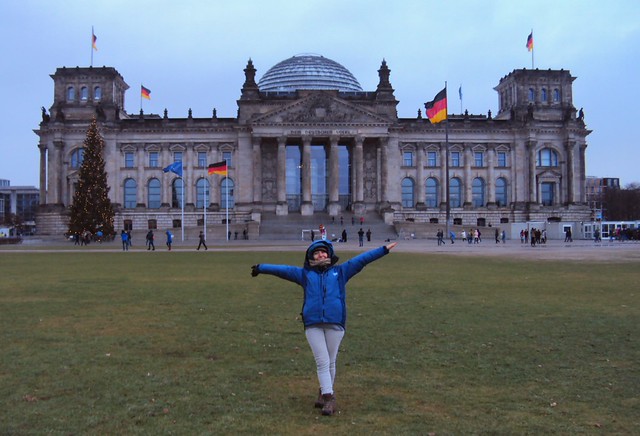 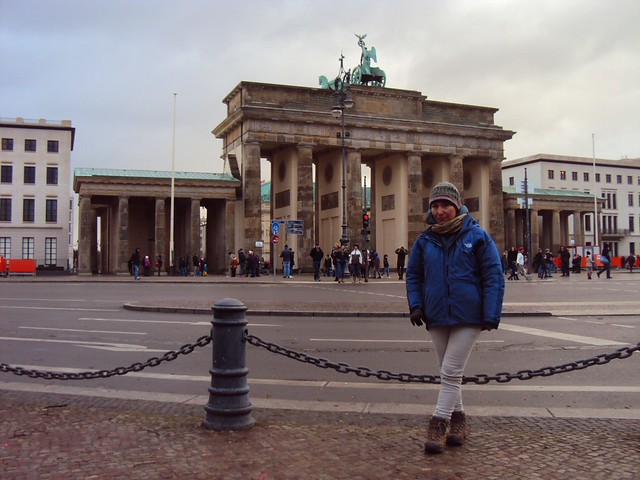 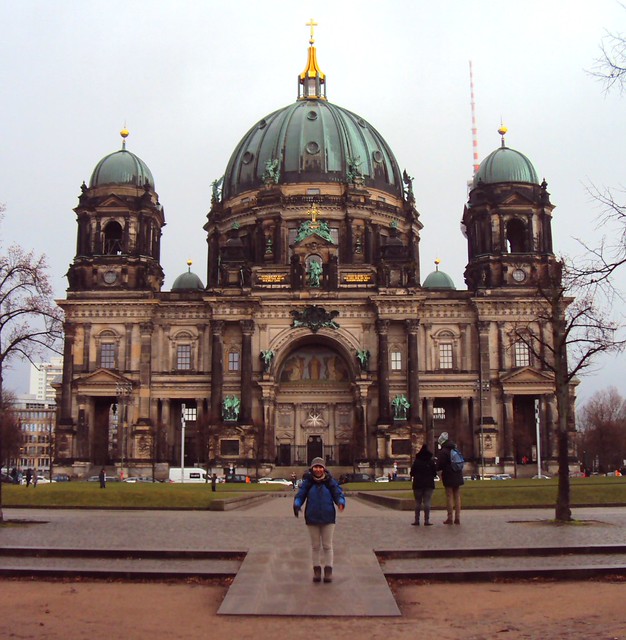 Notice in the photo of Brandenburg Gate behind Ferda in the street is a line of cobblestones.  That marks where the Berlin Wall used to be.  It’s incredible to imagine it now, but that wall went right through the center of the city from 1961 to 1989.  At the aforementioned outdoor museum we learned about the “Death Strip”, an empty strip of land between East Berlin and West Berlin with guard towers.  When people tried to cross the wall, they were easily seen in this section and often shot.  These crosses are for people killed trying to cross the wall near the Reichstag: 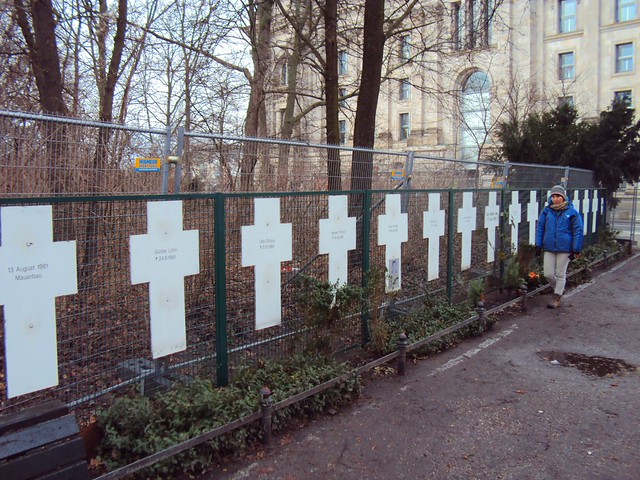 Now there are actually few sections of the wall left, but some do remain as a reminder/memorial.  Here’s Ferda attempting to climb over: 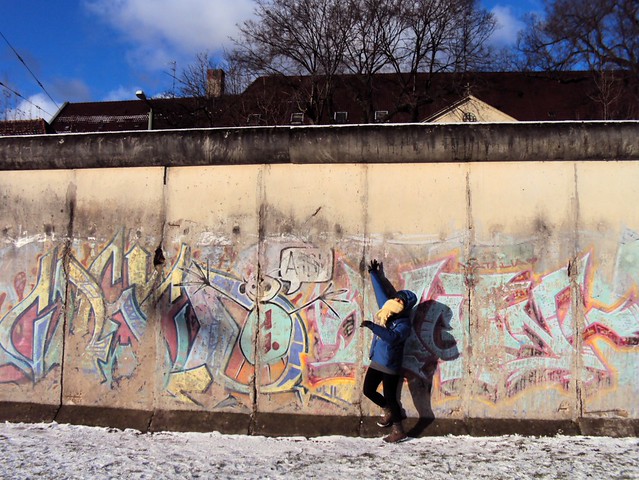 The longest stretch of wall still intact is the 1.3km section at the East Side Gallery.  There’s art all along this section of wall, but sadly, there’s been much grafitti, forcing the authorities to protect it with an ugly fence.  We couldn’t help but think about the wall the US has built (and wants to expand?) along the Mexican border.  In Tijuana there’s a long section of wall near the beach that’s supposed to be full of artwork.  Unfortunately we didn’t make it out there when we were in Tijuana last year.  A couple years ago, however, I did visit a section of the wall that Israel has built in Bethlehem.  It was covered with poems and personal accounts of Palestinians struggling with that wall.  Berlin gives us hope that walls can come down.

On the day the Berlin Wall came down, Antje, who was living on the West side, headed to work before listening to the news.  On the road she was surprised to see so many Trabant, the classic East German vehicle.  It was one after another, and that was the first sign to her that something had happened!  I remember that day being in Spanish class in Guadalajara with a young woman from Germany.  She could hardly control her emotions.

Ferda and I enjoyed spending time and chatting with Antje.  She was a wonderful tour guide for our visit to Gemäldegalerie, an incredible painting gallery that took us from the Middle Ages to the 18th century.  The place is huge and could be overwhelming, but Antje led us straight to some of her favourite paintings.  Just her favourites took two hours to visit!  Vermeer’s The Wine Glass was perhaps my favourite.

Seems like I kept being taken back to Mexico while in Berlin.  Hieronymus Bosch’s paintings must have been an inspiration for the contemporary Mexican sculptor Sergio Bustamente whose gallery I used to enjoy visiting in Tlaquepaque.  Now he also has a gallery on Madero en DF which I took Ferda to last year.  There’s an unmistakeable Mexican view in Berlin when you look down the wide boulevard from Brandenburg Gate to Großer Stern.  It’s the same view that you get looking down Reforma from Castillo de Chapultepec at El Angel de la Independencia.  And it’s not just me: Ferda pointed out the same thing.

For our last evening in Berlin Antje prepared pinkel wurst, a special northern German winter sausage that she had just brought back from Bremen.  It’s full of barley, pork, and spices.  Very tasty.  She then treated us to an incredible concert at the Berliner Philharmonie, a beautiful concert hall with excellent acoustics.  What a way to end our Germany visit. 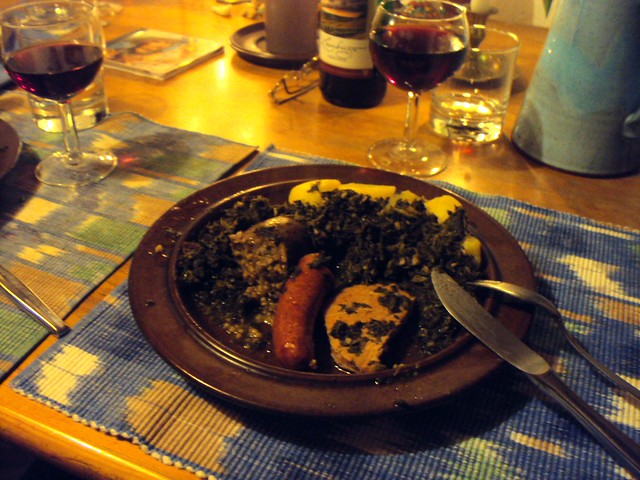 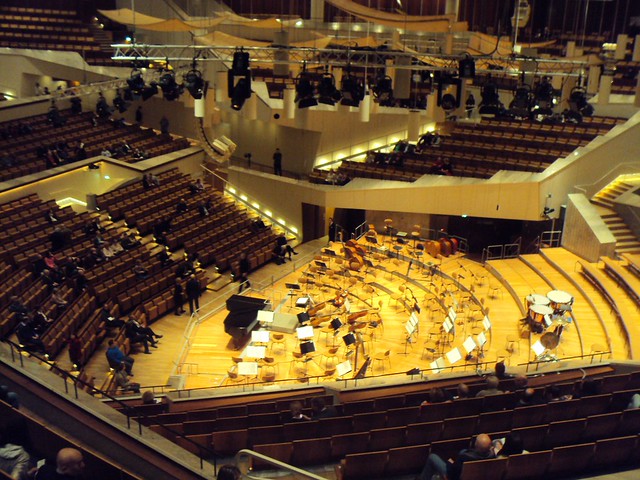 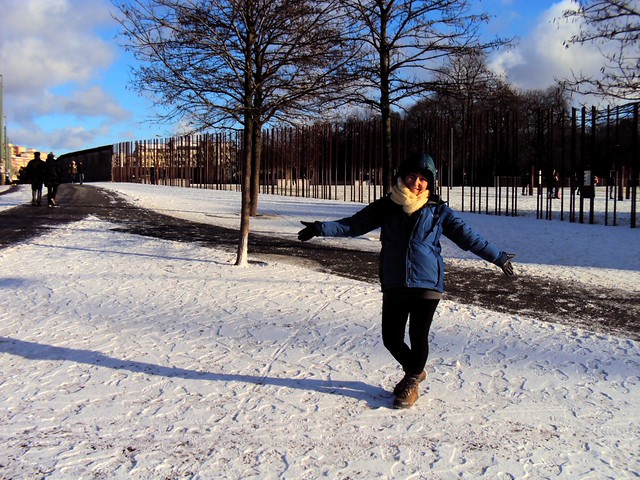 This entry was posted in Germany, Traveling and tagged Berlin. Bookmark the permalink.