In January we had some unusually cold weather in Antalya.  It even snowed (twice!) down below Geyikbayırı in the camps where the climbers stay, something that hadn’t happened in years.  Guillaume, Seb, and I took advantage of the conditions and got out for three days of skiing near Antalya.

One first excursion was to Ala Belen, driving up the road toward Feslikan Yaylası.  We got up to the butcher shops below the curves where the road is really steep.  The ice forced us to park there and start our skinning through the houses of the yayla (Narpızlı Yaylası, according to openstreetmap).  At the car I thought there was no hope of good snow because we were so low, but it turned out to be surprisingly good, especially lower where the wind hadn’t hit the snow so much. 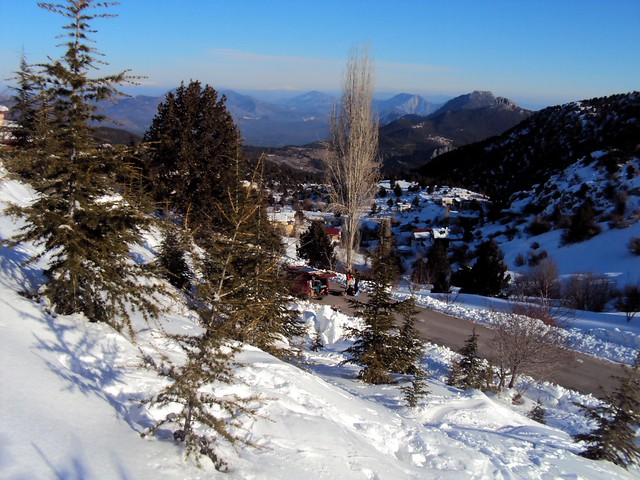 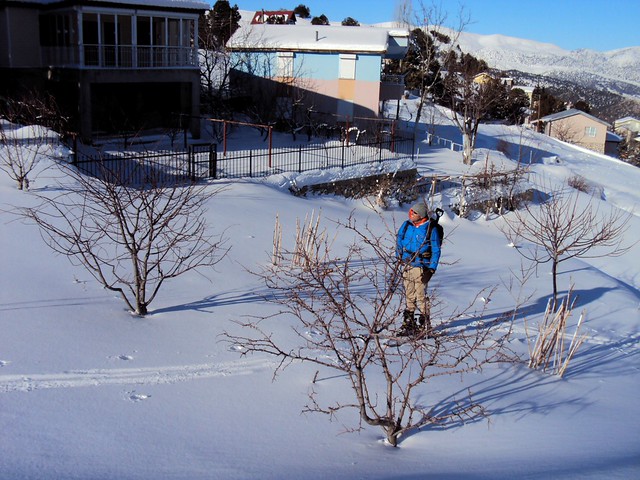 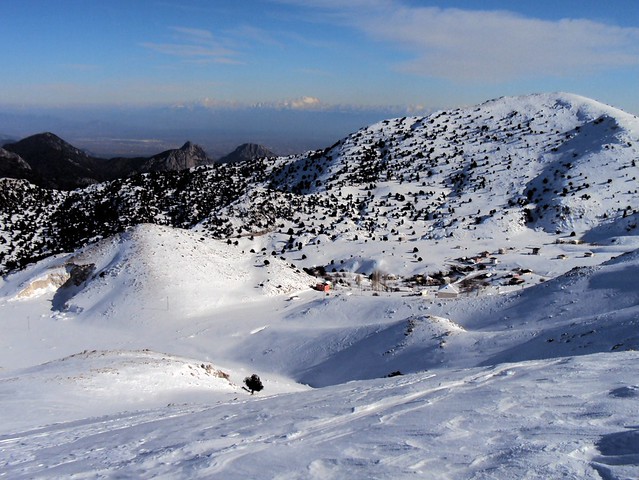 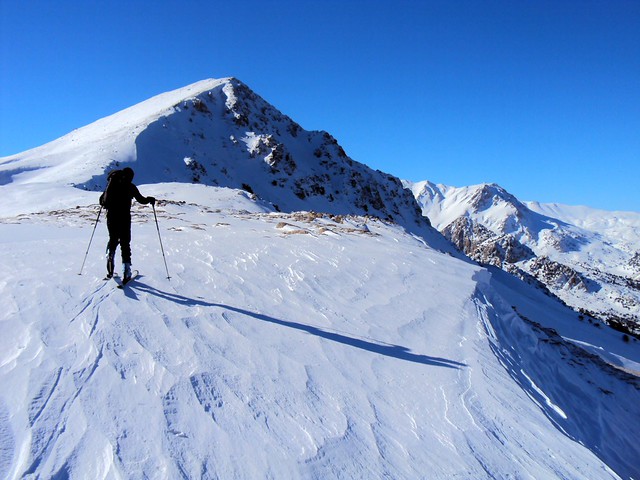 The following day it snowed a bunch again.  The morning after dawned clear, and I had great views of the low snow on Gekiysivrisi as I cycled to Seb’s house in Gökçam. 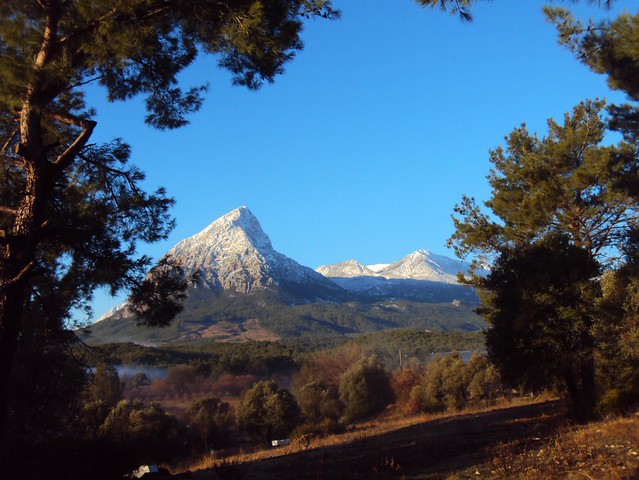 In Seb’s car we again tried to drive up the Feslikan road.  This time we put on chains before we even got to Çağlarca (at 800m?).  Before long we were at the end of the plowed section of road, and a couple kms later we were parking the car below a steep turn.  This time we were really low (1100m?), and again I didn’t think we’d find good snow.  Well, wow, we skied the north face of something openstreetmap calls Karadağ, and it was fantastic.  Seb said it was the best skiing he’d done in Turkey.  I told him he needed to go to the Kaçkar!  But, really, it was definitely worth skinning back up our track for a second run — a good, long run.  I bet it was a solid hour back up the broken track. 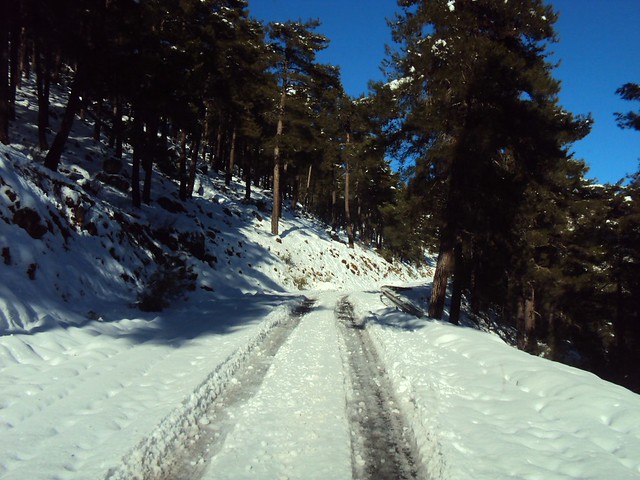 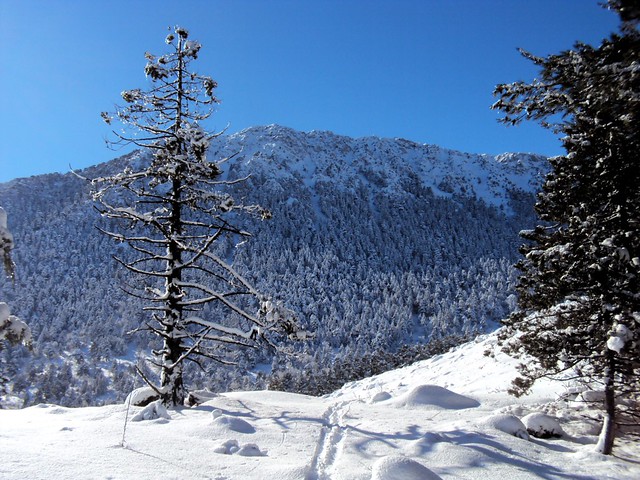 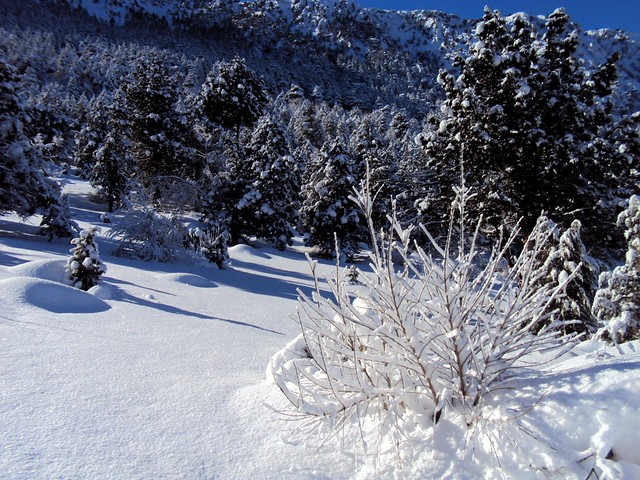 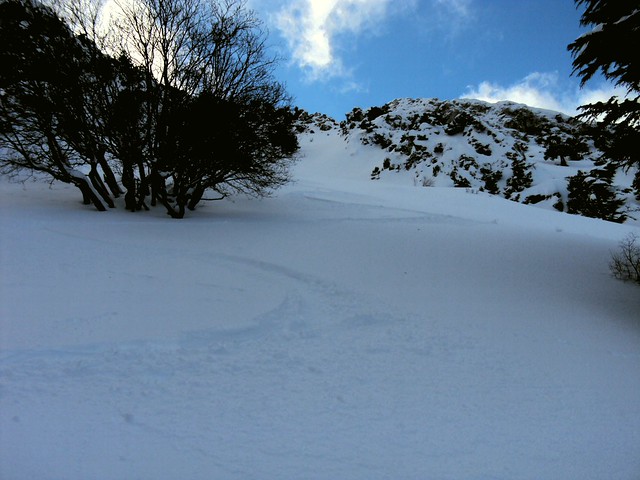 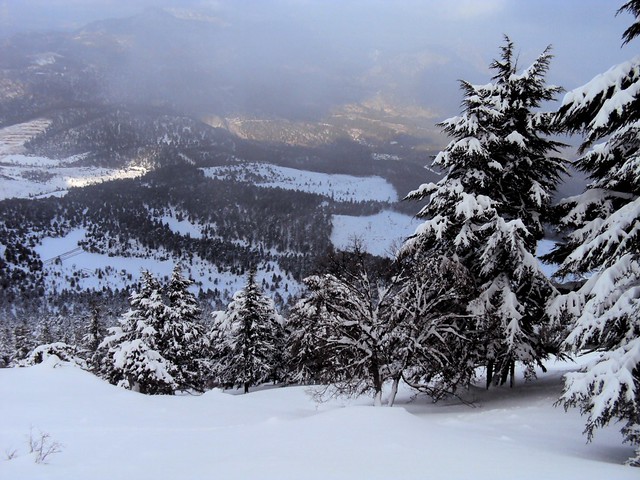 Inspired by such fine skiing, Guilaume and I headed up again two days later.  This time we tried the road between Yazır and Güzle.  We drove up through Söğütcük since the main road isn’t steep and is, of course, well-plowed.  Happily there was only a little ice in one short section as we turned off toward Güzle (Guillaume’s car isn’t quite the beast that Seb’s is).  We parked before the road turned south and skinned up to the SW, hoping for the north face I found on openstreetmap.  Unfortunately, it’s close to impossible to get contour maps in Turkey.  The contours on osm are interpolated and often make the terrain appear much smoother than it actually is.  That was the case here.  It was a long way back to a slope that was too steep in some places and not steep enough in others.  Also, the trees were sparse up high, and the wind had hit the slope.  We did manage to find a short section of good snow in the trees, good enough that we even bothered to skin back up to do it again.  Of course, it’s always fun to get out and explore somewhere new. 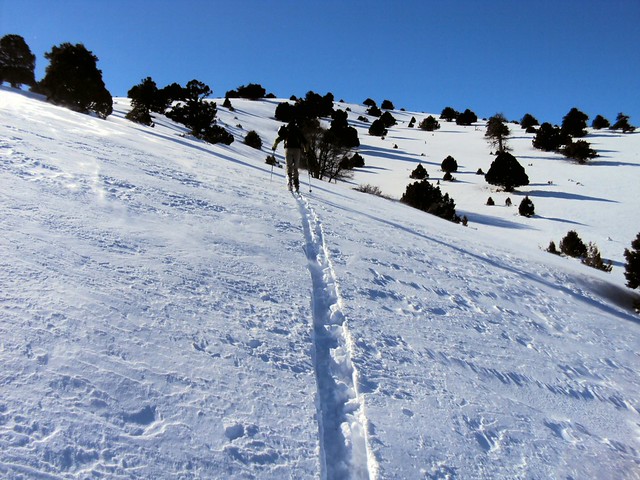 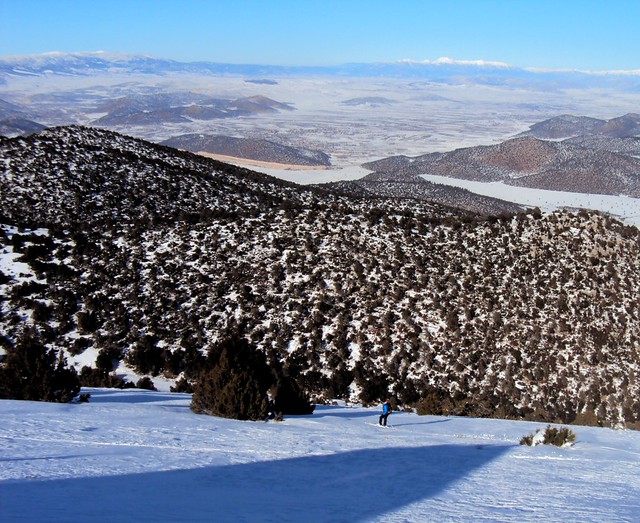 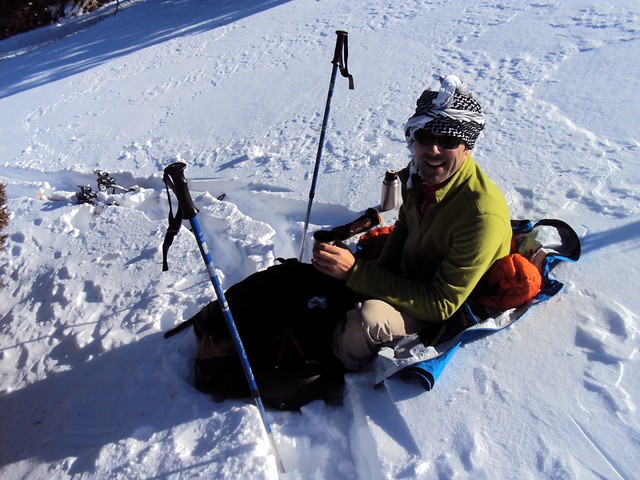